If you’re searching for that perfect, sun-kissed tan without any lines or white spots, this selection of the world’s most enticing topless beaches could be just what’s needed. It ranges from the sparkling shores of the Cote d’Azur to the cool coast of Southern California. Along the way, it hops bikini-less bodies and bare-all bums, all to offer tips on some secluded and fun sands where you can feel free to drop the threads.

Of course, Spain nude beach options are included, and there are tips for those in search of Miami nude beach sites. However, coves in Crete and even Pacific-washed sands in British Colombia mean the list is dotted with some curious curveballs. So, get ready to untie the undies and bathe in naked freedom… 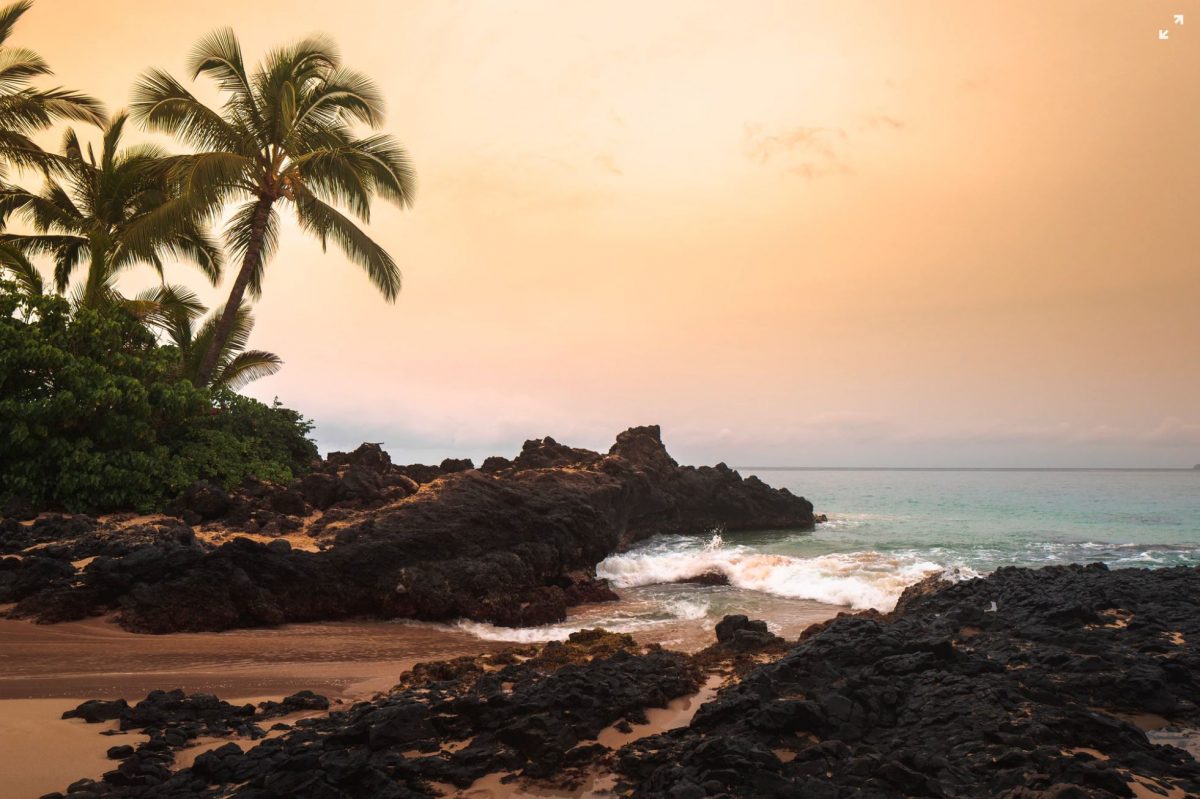 ©Photo by Luca Bravo on Unsplash

Head over the headland path from Big Beach and you’ll discover its smaller compadre: Little Beach. It’s one of the only known topless beaches on the island of Maui. The designation isn’t official, though. Nudity in the open remains illegal in these parts, but there’s virtually zero enforcement of the rule in this remote cove facing the isle of Kaho‘olawe.

Little Beach is a component part of the acclaimed Makena State Park. That means you can expect all the features of a bona fide Aloha State paradise. Yellow-tinged powder? Check. Aquamarine ocean waters that slosh back and forth with the swells? Check. Black-rock volcanic stones and stooping coconut palms? Check. The whole lot is ready and waiting on this favorite HI topless beach!

For swimmers, the ocean falls away shallow here. That means there are great spots to hop in the water, all with a comfy sandy bottom. In addition, an easy-going break rolls into the cove from morning until night, so don’t be surprised to find the odd surfer or boogie boarder to boot. 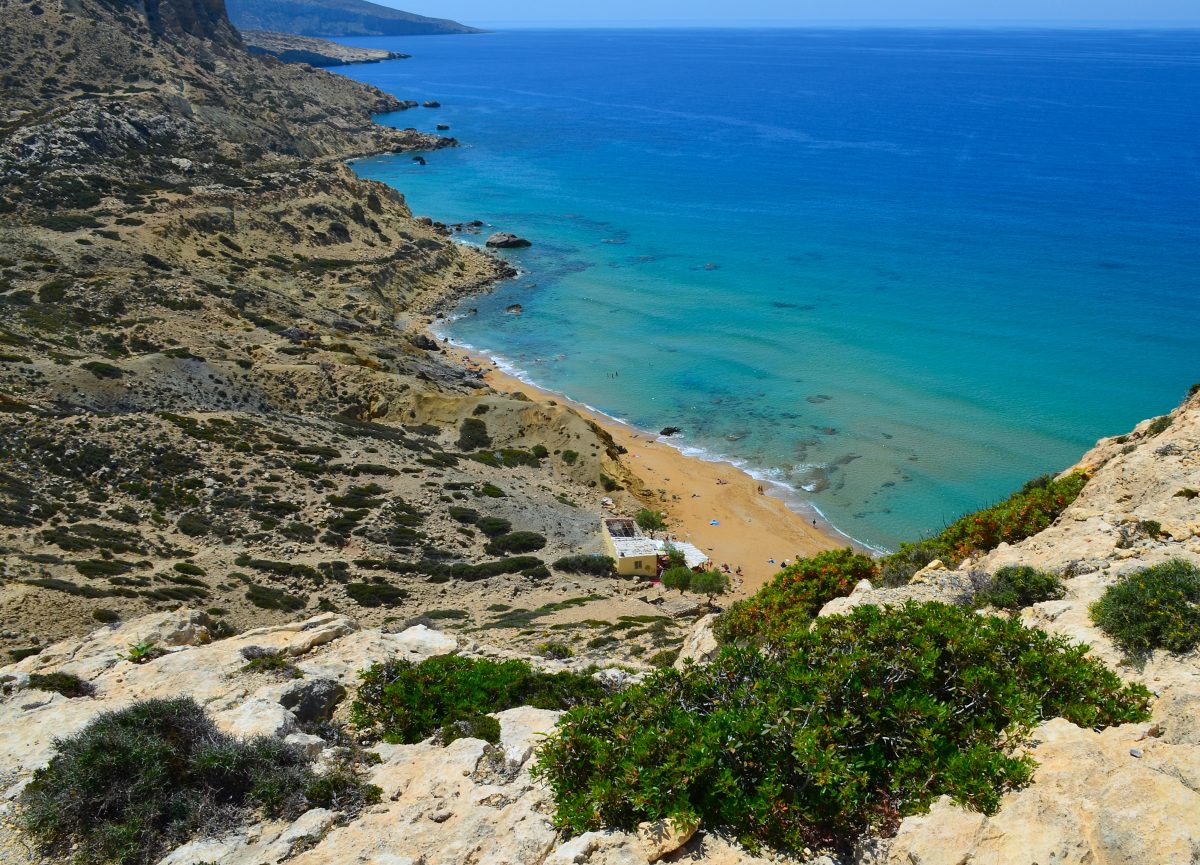 ©Photo by Detmold on Pixabay

Red Beach was first made famous by the hippie crowd back in the 1960s. Long-haired, New Age types flocked to its ochre-tinted sand by the thousands around the time of the Summer of Love. They came with Buddhist mantras and Ayurveda yoga poses, along with an open shirt, open mind policy.

These days Crete’s Red Beach has become something more of a mainstream playground. It’s wedged under craggy cliffs south of the little whitewashed harbor of Matala. There, sun-cracked walls of rock rise sharply from the Libyan Sea. They frame a dash of sand that’s known for its rust-like color. A small coffee shop and a series of sun loungers are available on a first-come, first-serve basis.

If you’re keen to make the most of the topless beach policy, you might want to head for the northern end of Red Beach. There, undressed sunbathers lie under the cloudless Cretan skies. They sit just meters from where light waves lap in, surrounded by curiously carved limestone sculptures left over by the generations of artists that have passed this way. 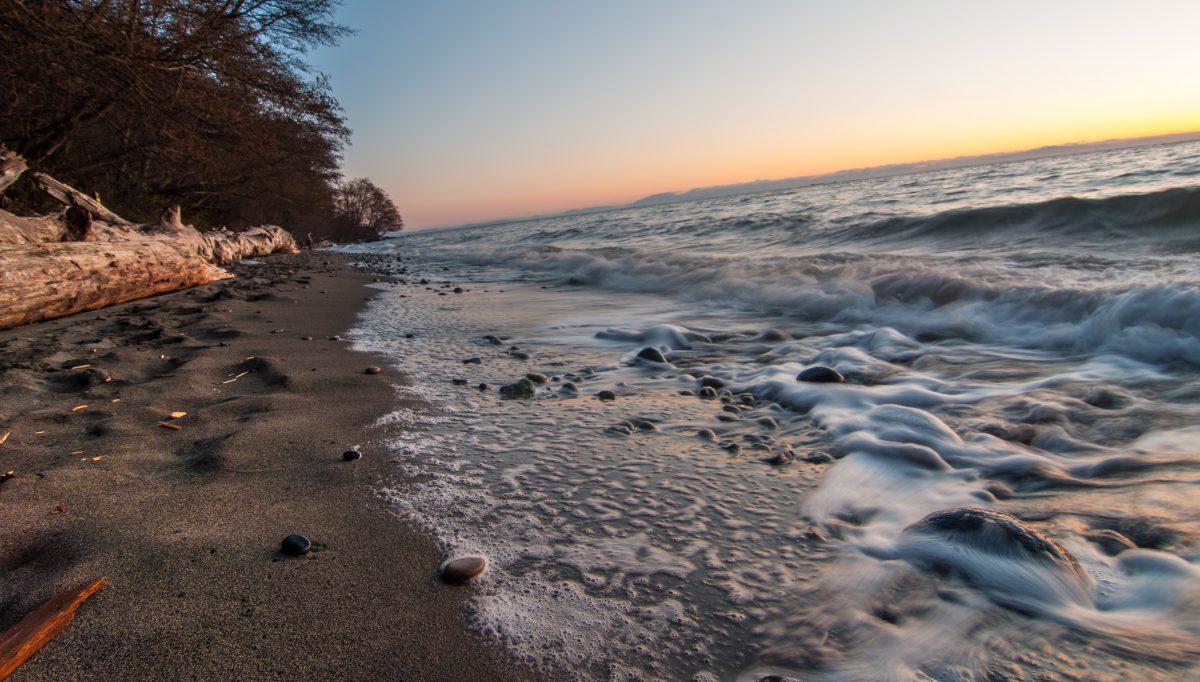 BC might be famed for its snow-capped mountains and ski fields, but summertime on the Pacific also brings some scorching rays. Those are the days that Vancouverites trade the Coast Range and the Gastown quarter for the sands. Thankfully, there are plenty of urban parks and little stretches of beachfront to choose from. They include the acclaimed topless beach of Wreck Beach…

That pebble-speckled run of the coast can be found fringing the Pacific Spirit Regional Park. As it pokes into the Strait of Georgia, it hosts oodles of naked bodies and half-clothed folk (at least between May and August). Adding to the vibe is a history of the free-love hippie character, which you’ll see coming through in the quirky food and clothes vendors that occupy the lanes behind the sand.

In the warmer months, Wreck Beach flaunts its topless beach credentials with a number of off-beat events. There’s the world-record skinny dip, which sees thousands of bare bathers hopping into the Canadian ocean. And there are the annual Bare Buns Run, which helps raise money to keep Wreck Beach clean and safe. 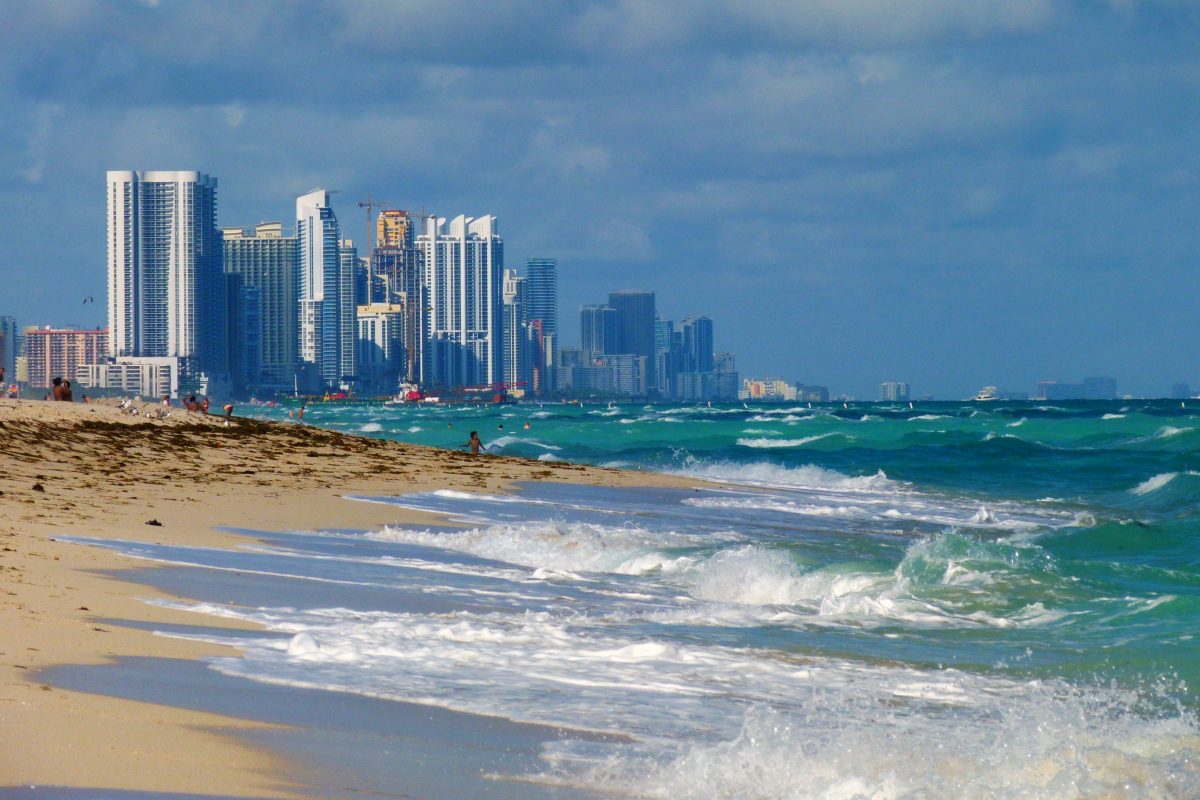 Between cigar-smoking days in Little Havana and neon-lit nights on the town in South Beach, Miami is a city filled with fun. For those who like to bare all and hit the coast, it’s also got the world-famous walks of Haulover Beach. You’ll find it spilling into the turquoise waters of the Atlantic just over the canal from Bal Harbor, backed by street-food trucks and parking lots.

You can’t really miss where you are: Haulover Beach is heralded by signs warning incomers that nude bathers might be present. Past those, there’s a stretch of typically Floridian white sand and azure ocean water, along with rows of topless tanning bodies or a Speedo in sight.

But it’s not just about lazing naked under the sun here. This topless beach has some good picnic spots too. The water is perfect for swimming (with lifeguards patrolling most of the area). And you can enjoy some great surf waves when the swell is up – a rash guard might be required for that, though! 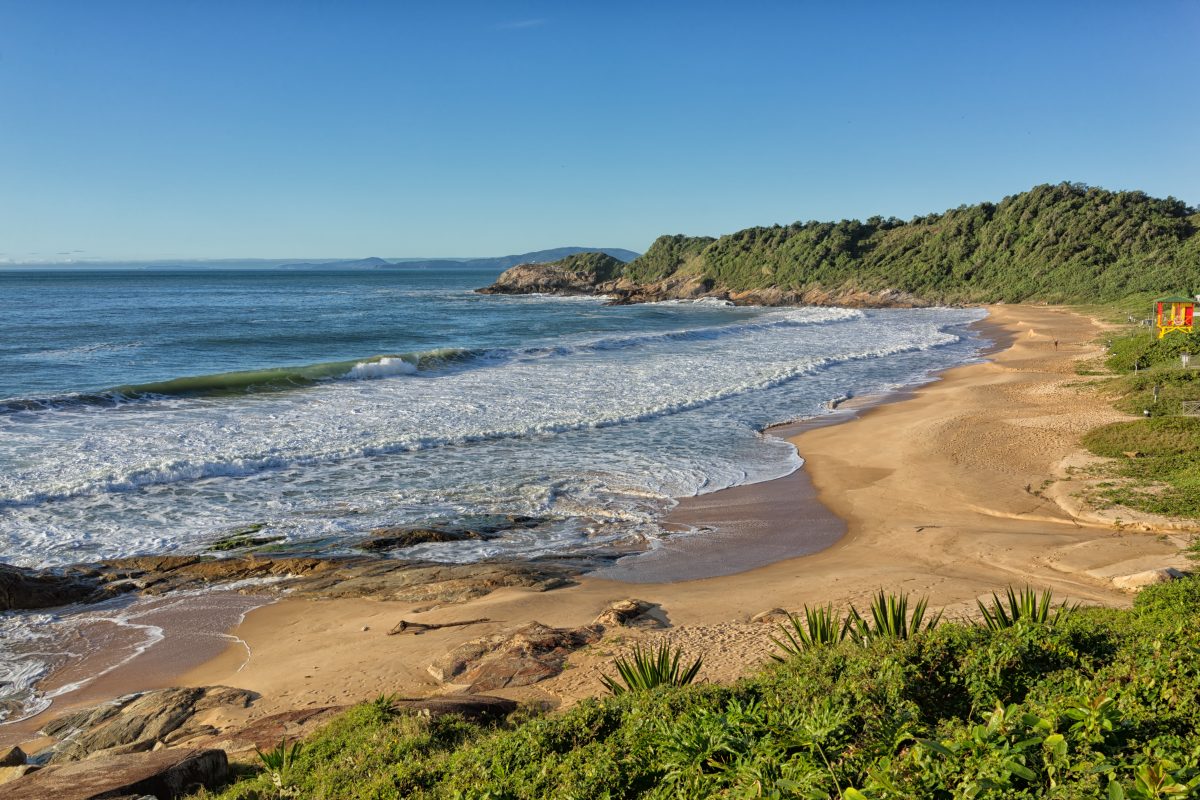 Praia do Pinho isn’t your run of the mill topless beach. No sir: This one’s a fully-fledged nudist beach. That means it’s not only a spot where you can shed the bikini, but the whole outfit can be cast aside. In fact, the whole outfit must be cast aside, because stripping off is mandatory if you want to hang around and hit some volleyballs with the other bare-all locals.

Situated 50 miles outside of the surf-mad, sun-kissed city of Florianopolis, the beach is relatively easy to access. When you arrive, you’ll be greeted by a sliver of Brazilian gold sand and Atlantic Ocean waters that twinkle sky-blue and turquoise. A few sea grapes crawl over the dunes to the back, and a headland of boulders and rocks frames the lot to keep it nice and private.

If you’re happy with the stricter no-clothes policy of Praia do Pinho, then there’s a great vibe to get stuck into. Everyone’s chatty and happy, and there are ball-game courts right on the sand. In addition, traditional Brazilian pousadas with nudist-friendly policies hide in the woods nearby. 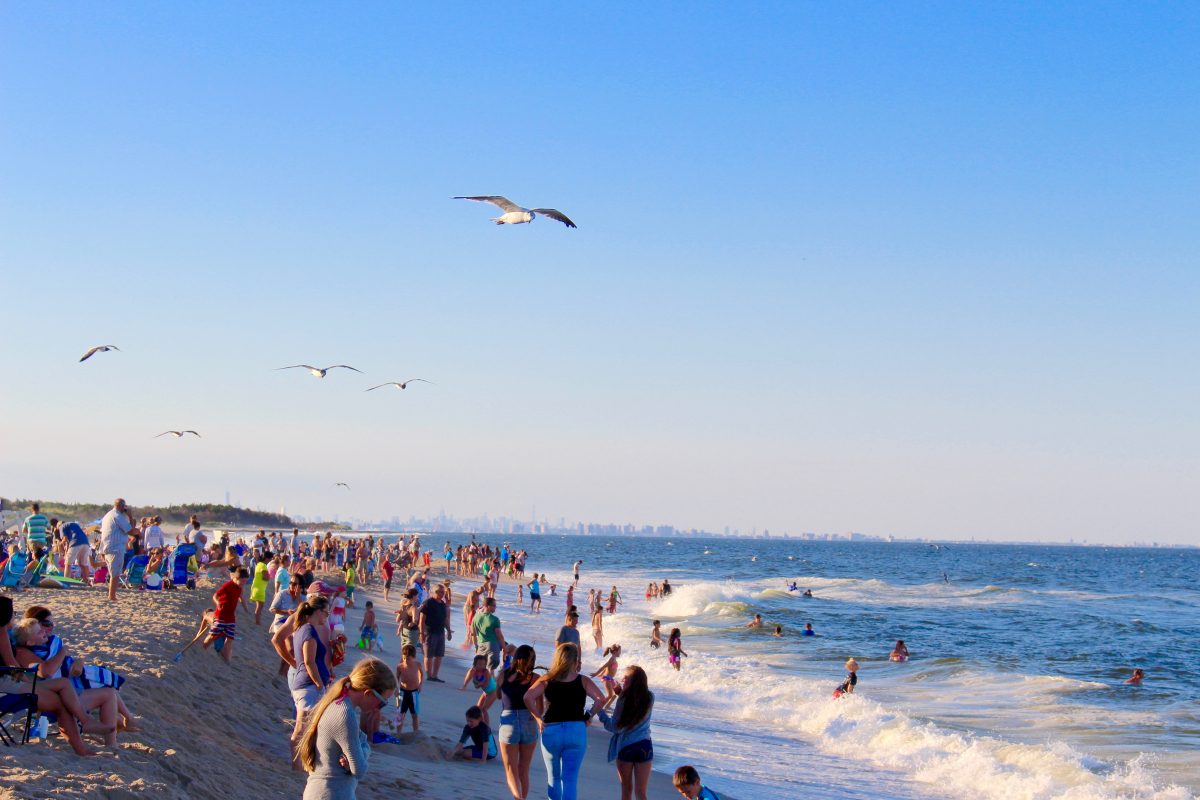 Gunnison Beach edges the Sandy Hook as it pokes into the Lower Bay just south of New York. There are loads of things going for it. Flat, wide and sandy, it’s perfect for soaking up the rays during the Garden State summer. Close to Manhattan, you can even spy out the silhouette of soaring skyscrapers on clear days.

However, arguably the biggest boon for Gunnison Beach is that it’s situated on National Park Service land. That makes it all federal territory, exempting the spot from NJ’s tight public nudity laws. The upshot? This is a rare place where you can ditch the boardshorts and bikinis on the Eastern Seaboard.

Some estimations say that as many as 5,000 naturists flock to the coast here in the warmest season. That makes it one of the busiest topless beaches in the United States for sure. There are good amenities to match that. They include dedicated onsite parking for $15 a car and disabled wheelchair accessibility. 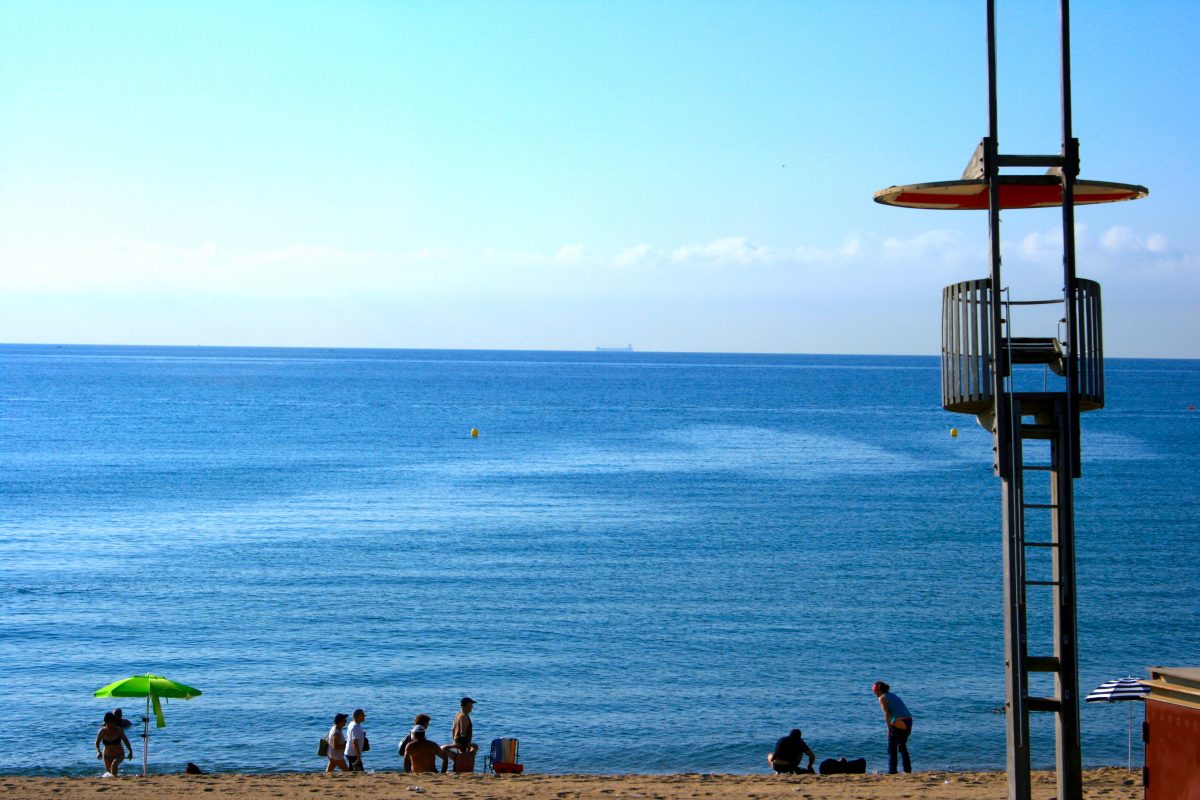 Just a whisker away from the strange spires of the Sagrada Familia and the narrow alleys of the Gothic Quarter, Playa de la Mar Bella is the topless beach of Barcelona. From early spring to late autumn, it draws thousands of beach bums. Promising clean powder and refreshing Mediterranean waters, it’s usually busy but also downright fun.

Being a Spain nude beach, you’ll find loads of tapas joints and bars nearby. When you fancy some patatas bravas or a cold beer, be sure to re-don the bikini and head to the promenade for those. Alternatively, there are plenty of water sports outfitters along the shoreline. You can drop into them to score yourself a SUP board or a jet ski for the afternoon. 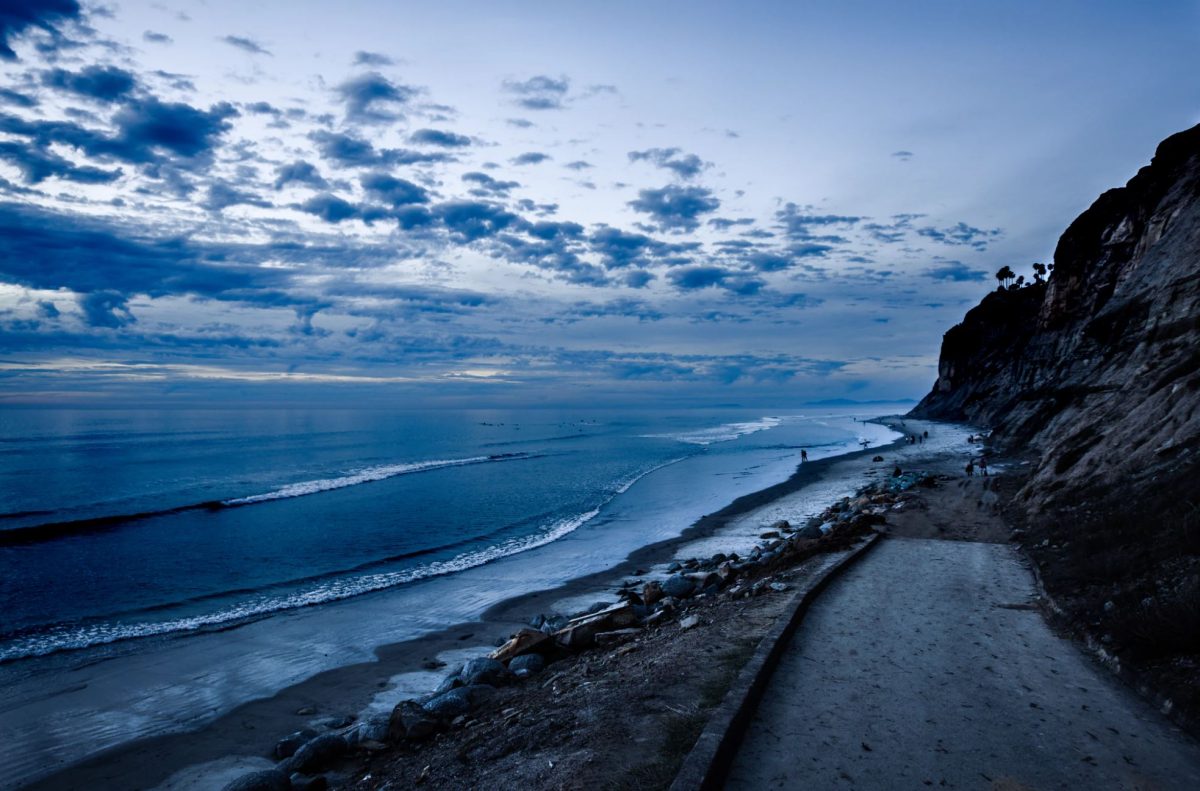 ©Photo by Kaiwen Wang on Unsplash

Concealed beneath the dusty ridges of Torrey Pines on the chic north end of the San Diego Riviera, Black’s Beach is for leaving the swimwear at home and leveling out the tan on the SoCal coast. The nudist designation here has been running since the 1970s. That means Black’s was once the only official naked beach in the US. It’s also now the longest-established naturist spot in the country.

You’ll need to make for the clothing-optional part of Black’s Beach if you’re keen to fling off the threads. That begins under high Black’s Beach lookout point. It marks the start of a one-mile stretch of shoreline where you can feel free to drop the pants and jacket.

You might also want to set aside some time to go see the local pro surfers carving the waves at the south end of the beach. There, the swells get fast and hollow thanks to the underwater topography of Scripps Canyon. Up above, a series of beautiful hiking paths crisscross the cliffs, but you’ll have to redress to enjoy those! 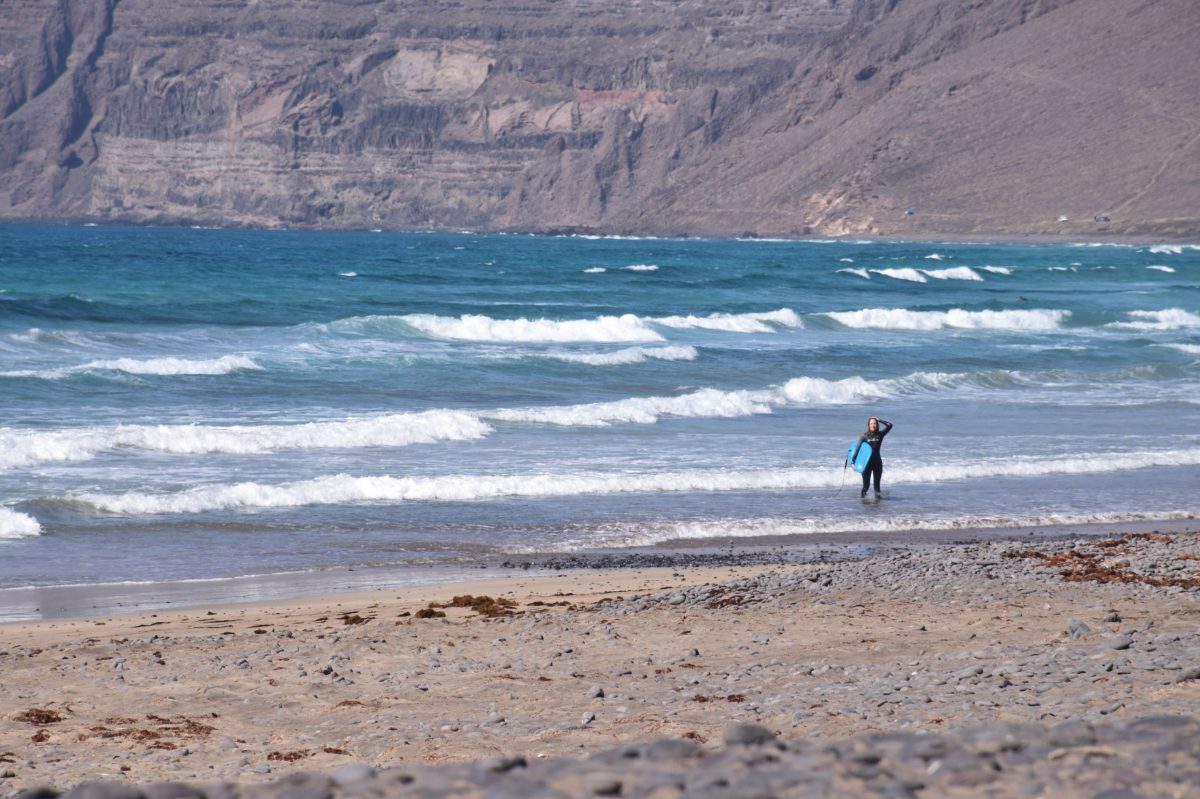 Laced with the artistic heritage of Cesar Manrique and blessed with year-round sun, the Spanish isle of Lanzarote is a top place to head for a beach holiday. It’s also super chilled and easy-going. It channels a little of Africa’s Berber spirit and mixes it with the Latin passions of the Canaries. The result is an island where the worries of modern life are often far from focus.

Adding to that is a laissez-faire attitude to outdoor tanning. Some people will strip off on the coral-tinted sands of the gorgeous Papagayo Peninsula in the south. However, for a little more seclusion and space, there’s the long arc of beige sand north of Caleta de Famara.

You’ll need to make for the wind-blasted west coast to get there. It’s not an official topless beach, but there’s oodles of room to find your own corner and cast off the swimwear. The strong breezes can be countered by a number of stone-built shelters that make lazing around all the more pleasant. And when you feel the need for some action? Local surf schools offer lessons on the waves. 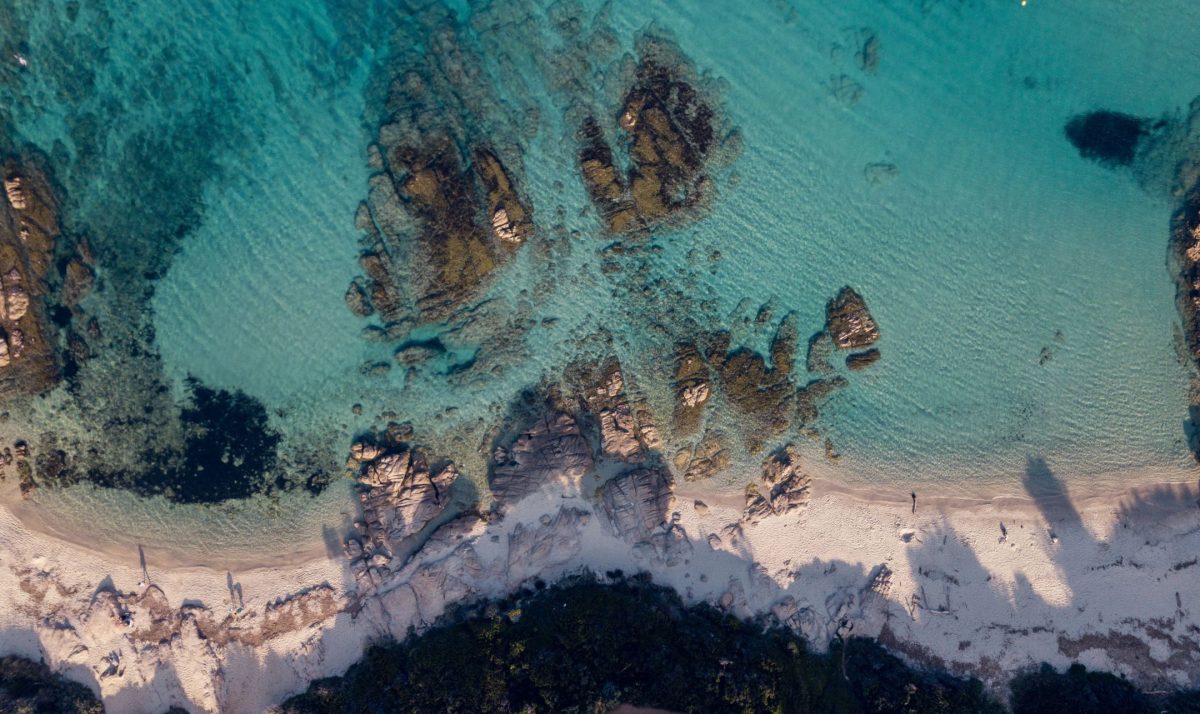 ©Photo by Valentin B. Kremer on Unsplash

Last but certainly not least is this jewel of a Cote d’Azur beach in the A-lister haven of St Tropez. It’s a spot where naked bodies mingle with millionaire yachts. It is somewhere sleek designer bikinis are cast aside for tanning sessions under the French summer sun. Just don’t be shocked if you see your favorite Hollywood celeb strutting nude down the shoreline!

Topless beach policy aside, Plage de Tahiti is a true stunner of the French Riviera. A wide arc of white-tinged sand, it’s backed by clusters of pines and eucalyptus trees. The hum of the cicadas and the slosh of the light Mediterranean waves provide the backing track. And, all the while, elegant cocktail bars, and haute-cuisine bistros serve high balls and salade niçoise from morning until night.

Plage de Tahiti is a short, 5-minute drive south of the center of St Tropez. If you’re really splashing the cash, perhaps the slickest way to arrive is on a private yacht charter, which can be organized near the glitzy marina of Tropez itself.

Planning to visit a nude beach somewhere else? Perhaps, in the US? Check out our other nude beaches in the US here.