This guide to the best national parks in Europe brings you from the wild valleys of the Carpathians, through Arctic tundra, and down to the stunning Alps of Austria and beyond. Along the way, you’ll encounter chamois and elk, see crashing waterfalls and more. Of course, there’s oodles of adventure in the biggest national park choices – think glacier climbing and skiing. But even the smaller picks come with something to excite the wanderlust. 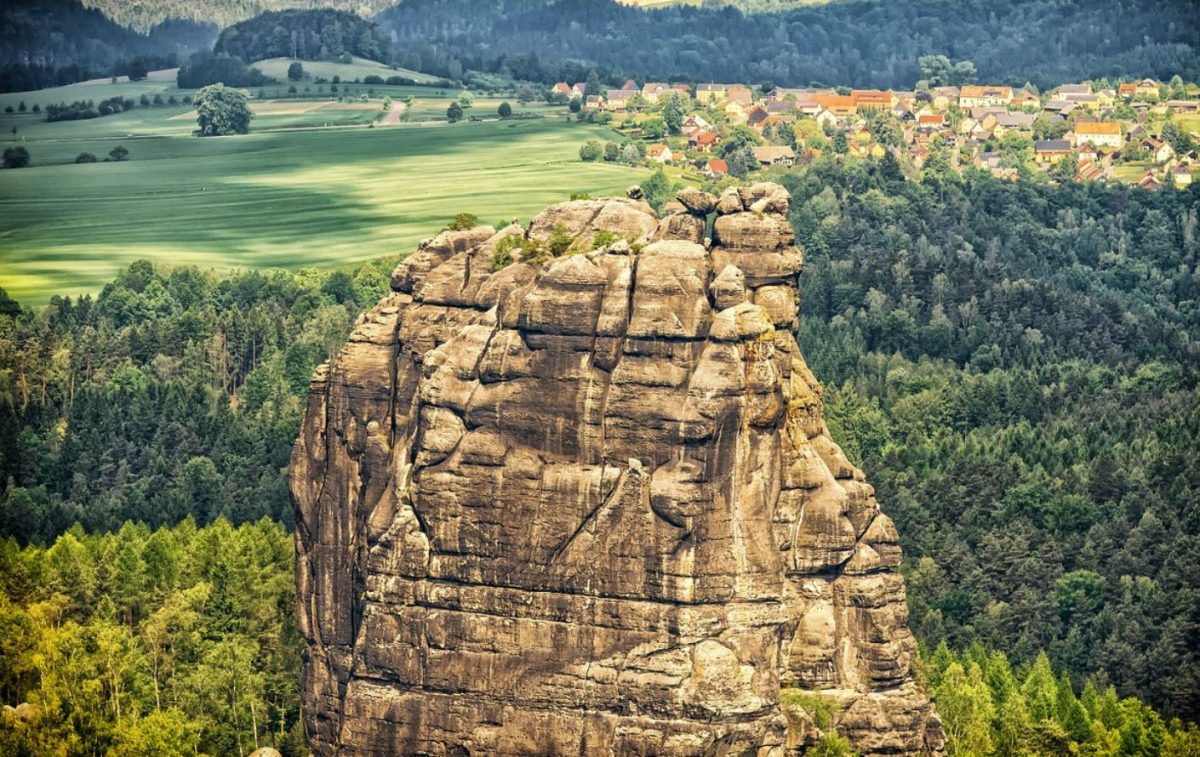 ©Photo by Tama66 on Pixabay

This one’s name offers a clue to why it’s one of the best national parks in Europe as a whole. It combines the joys of Switzerland (high rock turrets/lonely valleys) with the rustic reaches of rural Germany (quaint beer towns/rolling farms). And if that’s still not enough, how do the dramatic walkways of the panoramic Bastei Bridge and the rich history of ancient castles sound? Biking riverways is a popular way to get around. In addition, there’s something, even more, relaxing on the menu in the spa towns that pepper the River Elbe. 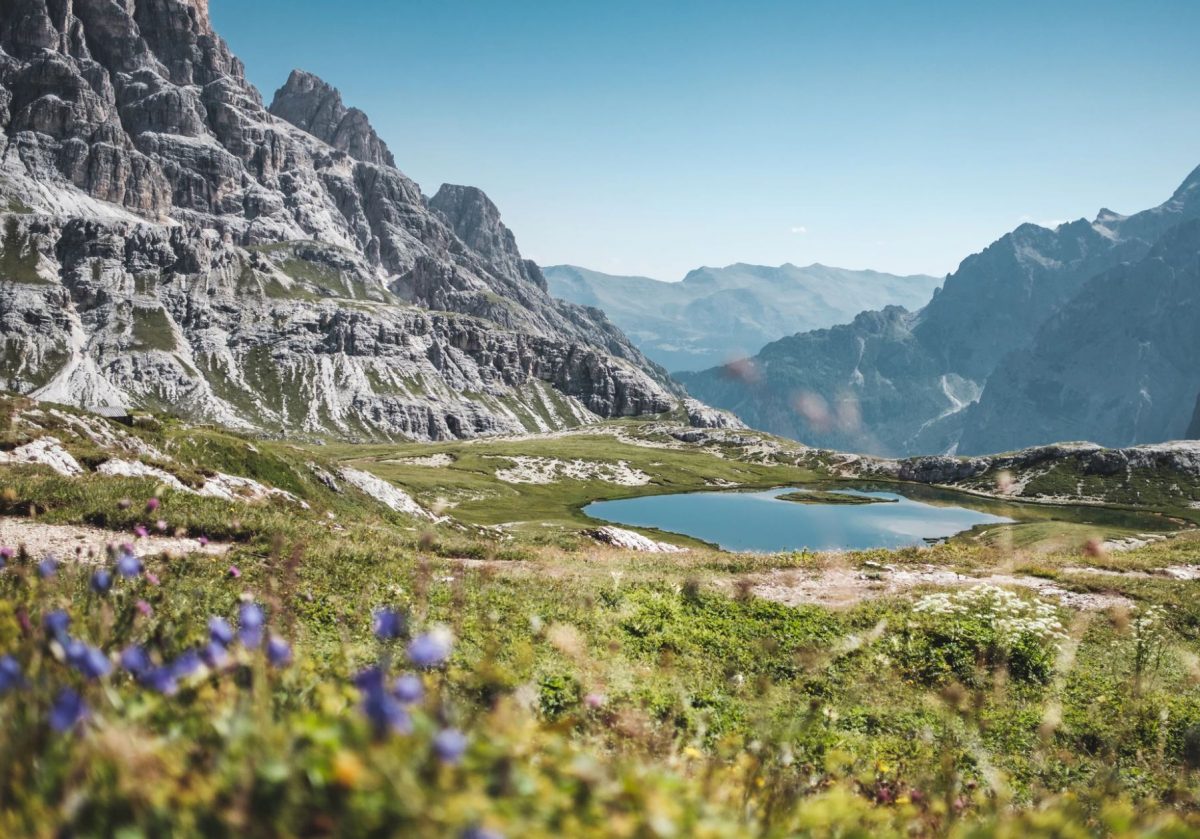 ©Photo by Jonas Verstuyft on Unsplash

This is the Italian Alps in a nutshell. Spiked spears of limestone? Check. Majestic massifs that drop to forest-green meadows? Check. The sounds of cowbells and the scents of Prosecco wine? Check. The whole lot meet in the valleys north of Belluno. And so do thousands of hikers and mountain bikers between May and August. They come to hit the trails that weave around the stunning ranges of the Spiz di Mezzodi and the Vette di Feltre. The nearby chic ski centers of Cortina d’Arezzo and Val Gardena ensure this one is also one of the best national parks come winter. 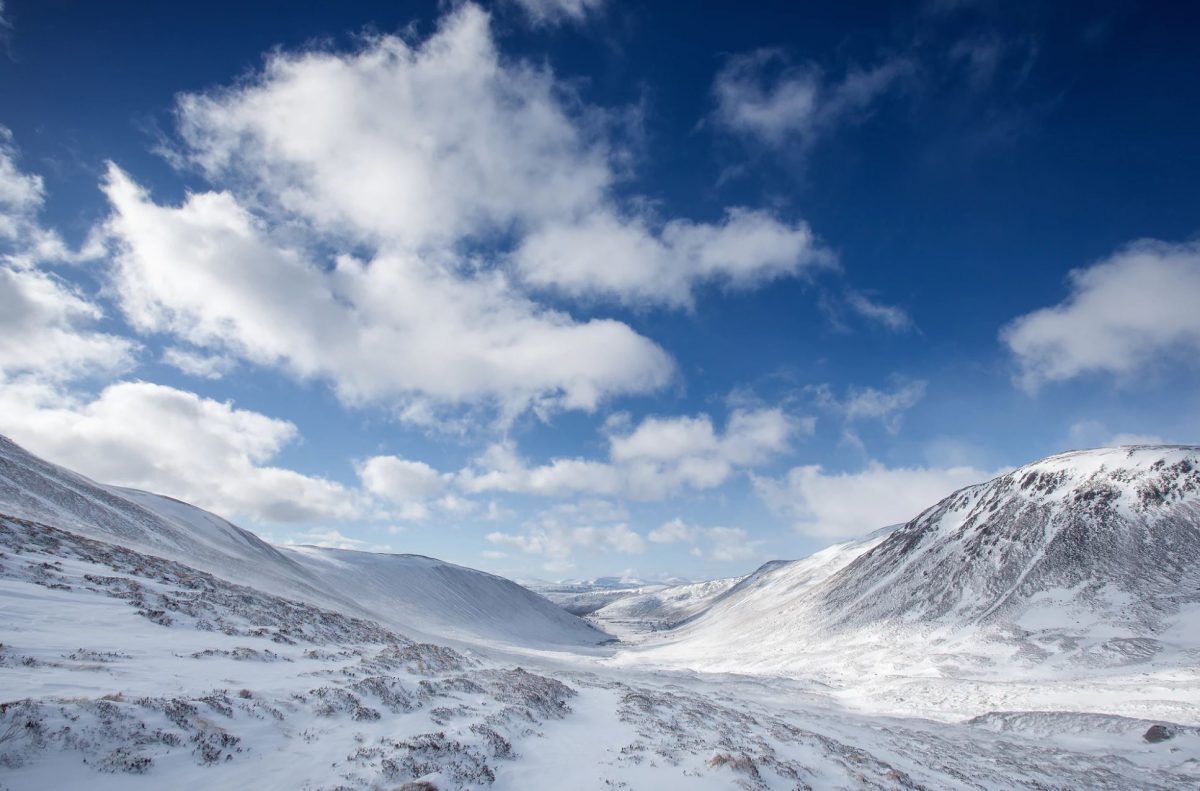 ©Photo by Daniël Hartog on Unsplash

The Cairngorms National Park rolls over the Munros (3,000-foot peaks) of the Scottish Highlands. It’s the sort of untamed place you’d expect to hear bagpipes echoing through the glens. But it’s also a mecca for outdoor sports. Great lochs converge here, offering boating, wild camping, and windsurfing. The summits of Ben Macdui and Braeriach beckon those who want to conquer the heights. What’s more, there are even ski fields. Yep – you read that right: Ski fields in Scotland! 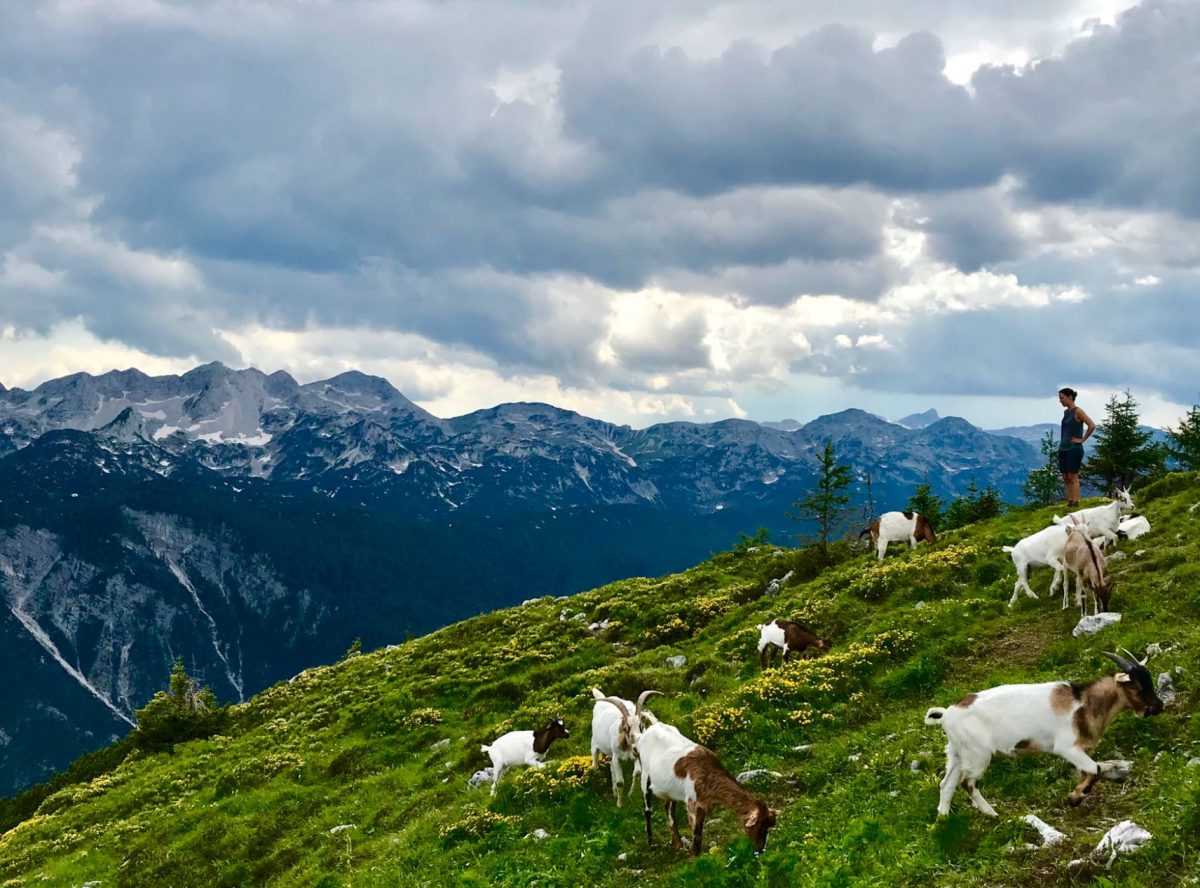 ©Photo by Arno Vermote on Unsplash

Move over Lake Bled – Slovenia’s natural jewel is the Triglav. This Shangri-La in the midst of the Julian Alps has all the Alpine adventure you could want. It gives Austria and the best national parks in France a run for their money with 2,800-meter-high Mount Triglav. It boasts glorious, glowing lakes of turquoise and moss green. Hikers are often left speechless by the turret tops of the ranges around the Tamar Valley. In addition, there are campsites next to babbling rivers and challenging trailheads! 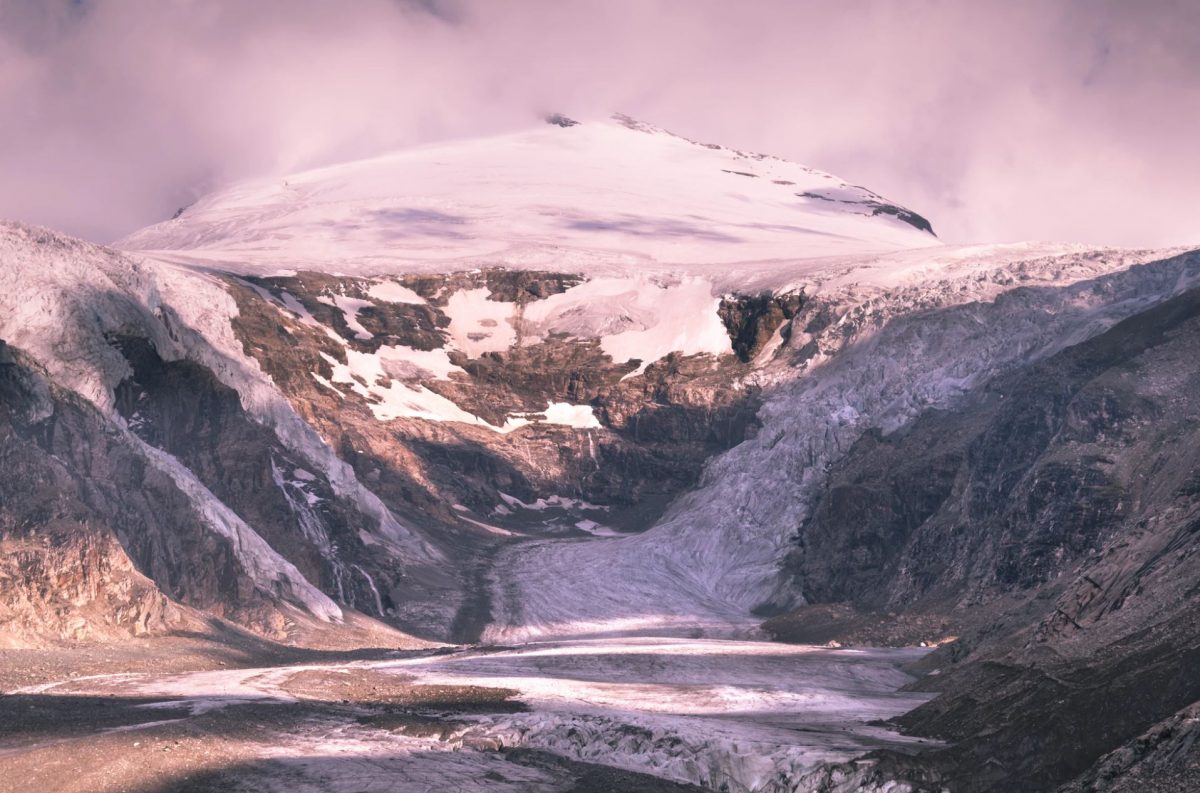 ©Photo by Karsten Würth(@karsten.wuerth) on Unsplash

Crashing over three Austrian regions and across nearly 2,000 square kilometers, Hohe Tauern is one of the stunners of Europe. It’s anchored on the mighty peak of the Grossglockner, which mounts a mega 3,798 meters above sea level. Around it is black-rock valleys topped with snow. Ibex and chamois clamber like lost creatures over the ranges in all directions. Huge glaciers have carved the massifs into serrated rows of rock hoodoos, too. Oh, and there are some of the most amazing touring routes in town for lovers of open-air driving! 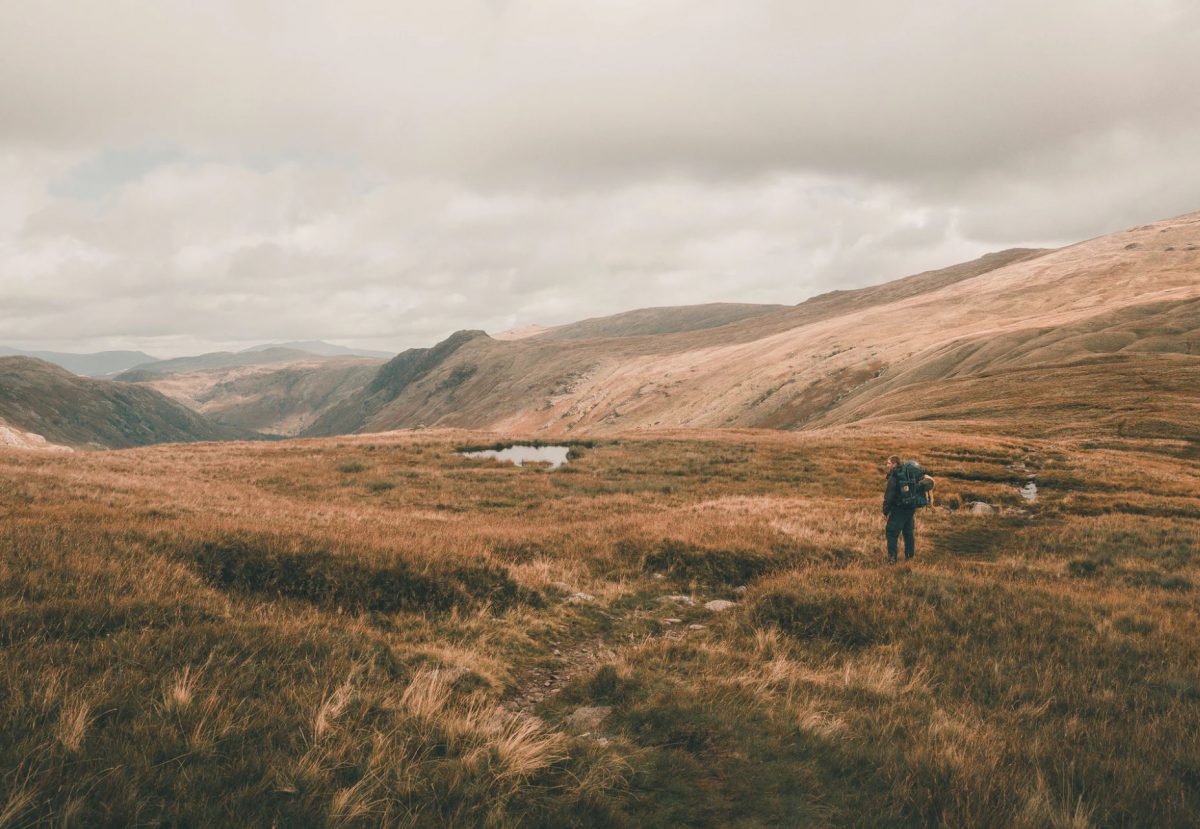 ©Photo by Marek Szulc on Unsplash

Romance and heart-warming journeys await in the Lake District. These days, this one’s a UNESCO site and an English preserve. It’s been hailed as classic poetry country – the landscape gave the world the likes of Blake and William Wordsworth. Many will come to tie on the walking boots and hit Scafell Pike (the highest in England at 978 meters). However, that’s not where the joys end. There are glowing blue lakes like Derwent Water. You can find haunting pre-historic stone circles. And quaint villages like Hawkshead tout pubs and galleries. 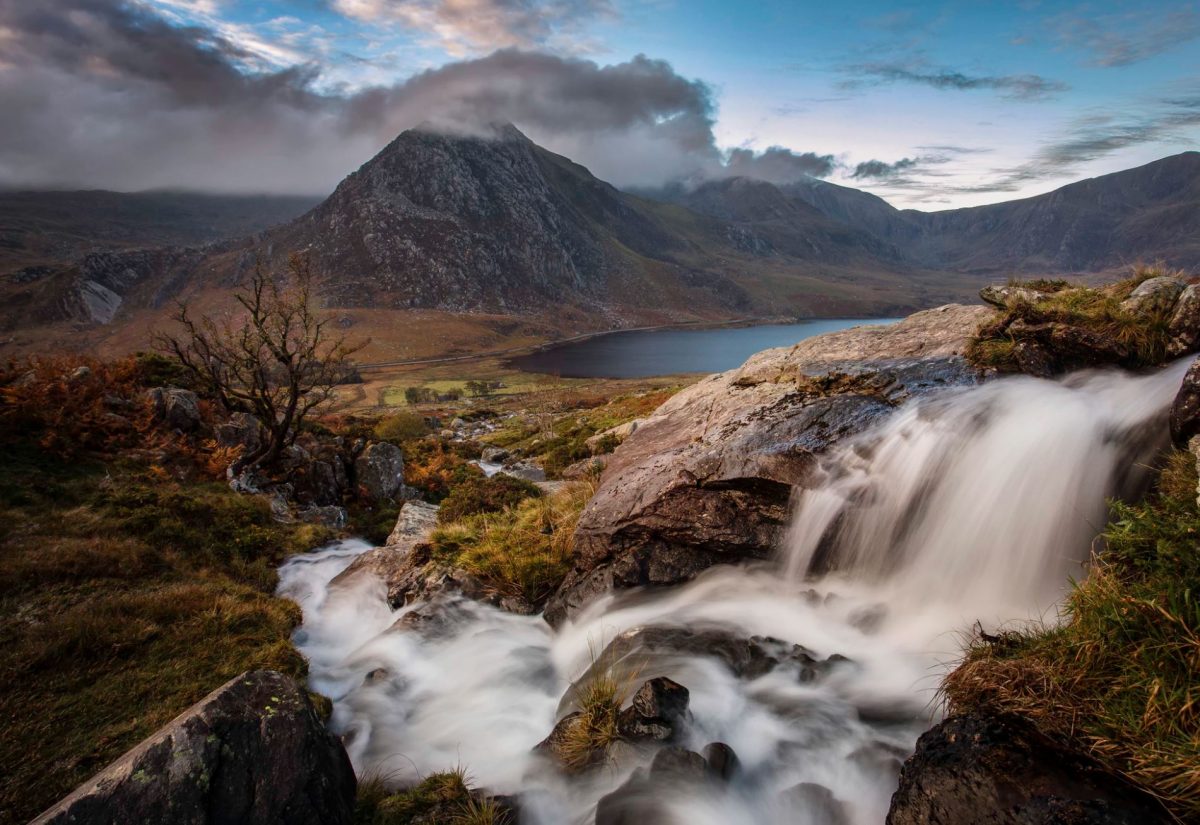 ©Photo by Neil Thomas on Unsplash

Also eulogized by Wordsworth and the Romantics, yet shrouded in Welsh legend and myth, the Snowdonia National Park is a Celtic mishmash of culture and jaw-dropping scenery. It covers huge swathes of northern Wales. Sometimes, you’ll catch it opening onto wide glacial valleys that were formed during the ice ages. Other moments, you delve into tree-filled glens where quaint mining villages sit huddled. The peak that everyone wants to do is Snowdon (the tallest in the country). However, more intrepid adventures are on offer over on the remoter Glyderau chain. 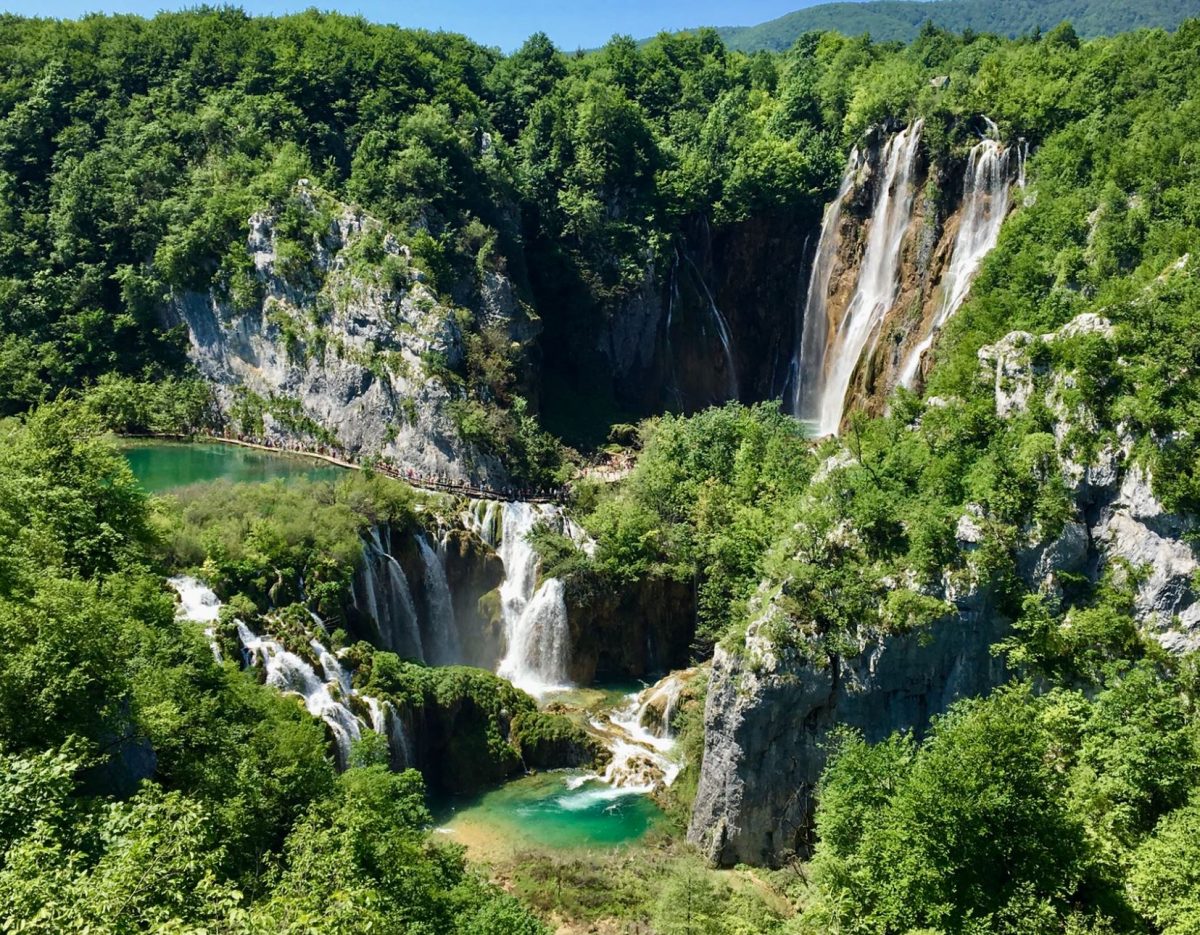 ©Photo by Agnieszka Mordaunt on Pixabay

Ask anyone who’s been – paradise awaits at the Plitvice Lakes National Park. One of the best national parks in Croatia for sure, this one draws thousands each year. It promises glimpses of emerald-green and azure alpine waters. They sit hidden beneath wooded ridges and are often rippled by crashing waterfalls. Rock-ribbed karst peaks form the dramatic setting. Meanwhile, boardwalk trails let you get up close and personal with the wonderful riverways and cataracts. 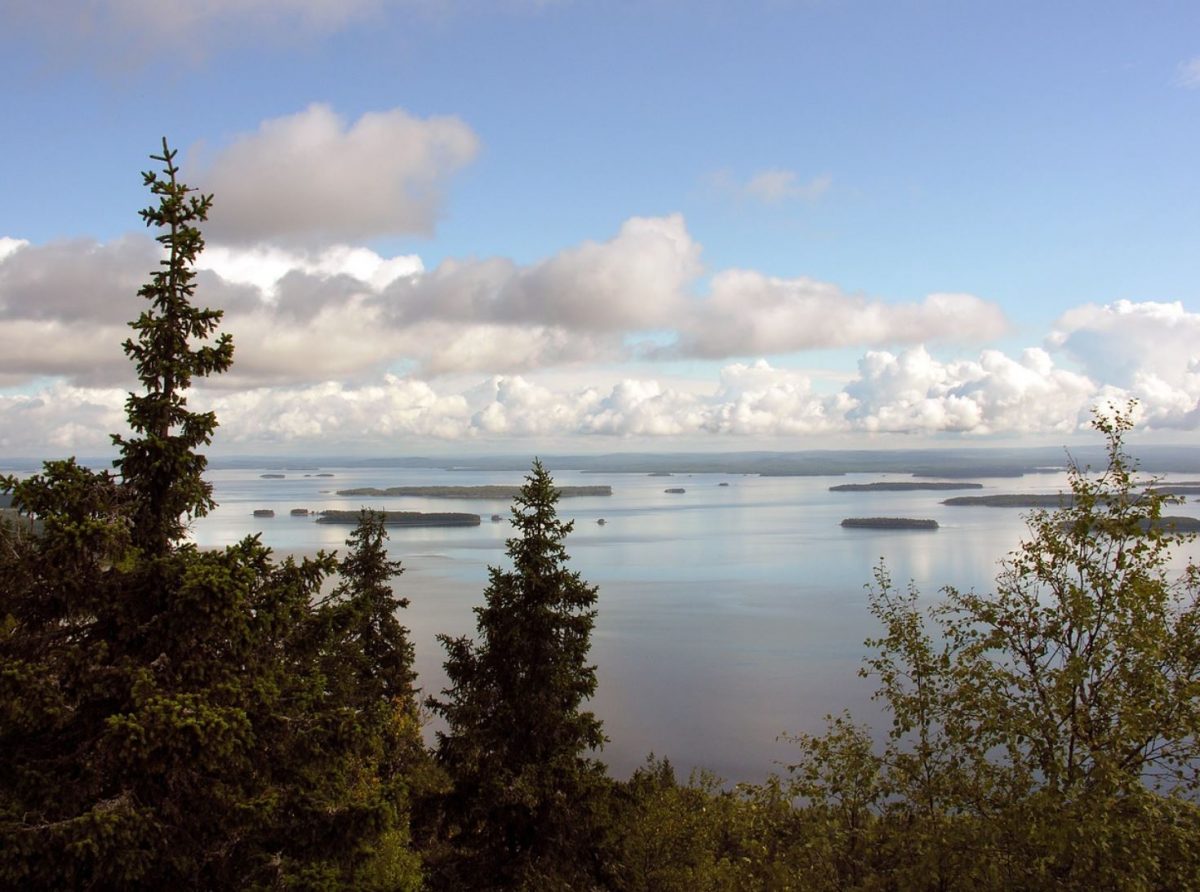 There almost certainly won’t be another soul around as you explore the vast reaches of Koli. One of the best national parks in Europe for escaping other people, it’s sat on the Russian-Finland border. That places it far to the east, amid cobalt-blue lakes and dense forests of fir and spruce. Most will head for the lookout points of Ukko-Koli. That’s a wonderful vista of emerald green pastures and birch woods. Furthermore, there are also a few scenic lift rides and an on-site heritage center to learn about the local ecology. 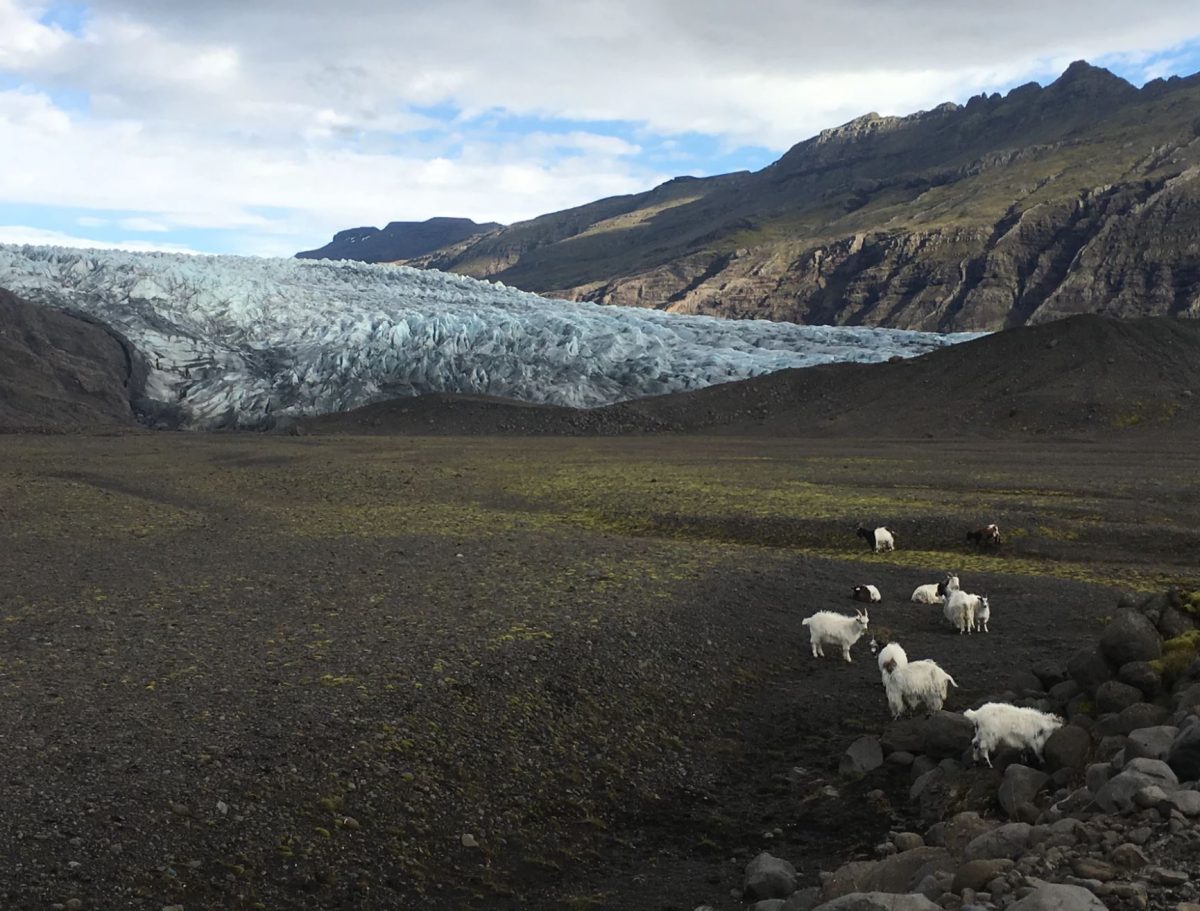 ©Photo by Acacia Thornton on Unsplash

Welcome to the biggest national park in Europe outside of Russia and a veritable haven for lovers of feral nature. This is the Vatnajokull National Park – the home of its namesake Icelandic glacier. Ranging from the ocean to the heights of the island, it’s got turquoise-hued icebergs and gurgling waterfalls. The almost-unpronounceable peaks of Öræfajökull and Hvannadalshnjúkur crash to its top. While, in addition, there are primeval plateaus spreading out on all sides. 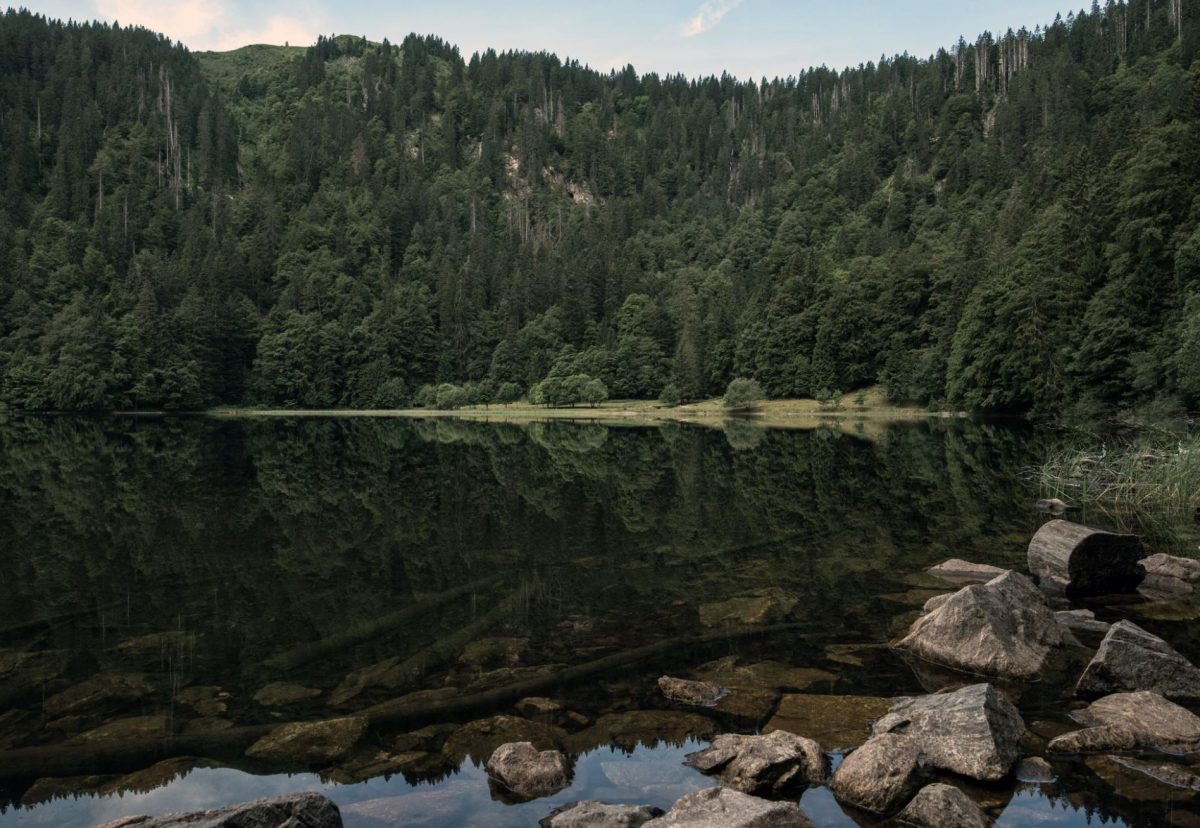 As the Rhineland gives way to the south-western hills of Germany, it soon becomes host to the Black Forest National Park. Romantic poets and painters have flocked here since time immemorial. Walkers and hikers continue to seek out the tarns and tar-tinged pools. There are spa towns waiting in the wings with natural healing waters. And there are beautiful woodlands bursting with elms and oaks and pines. 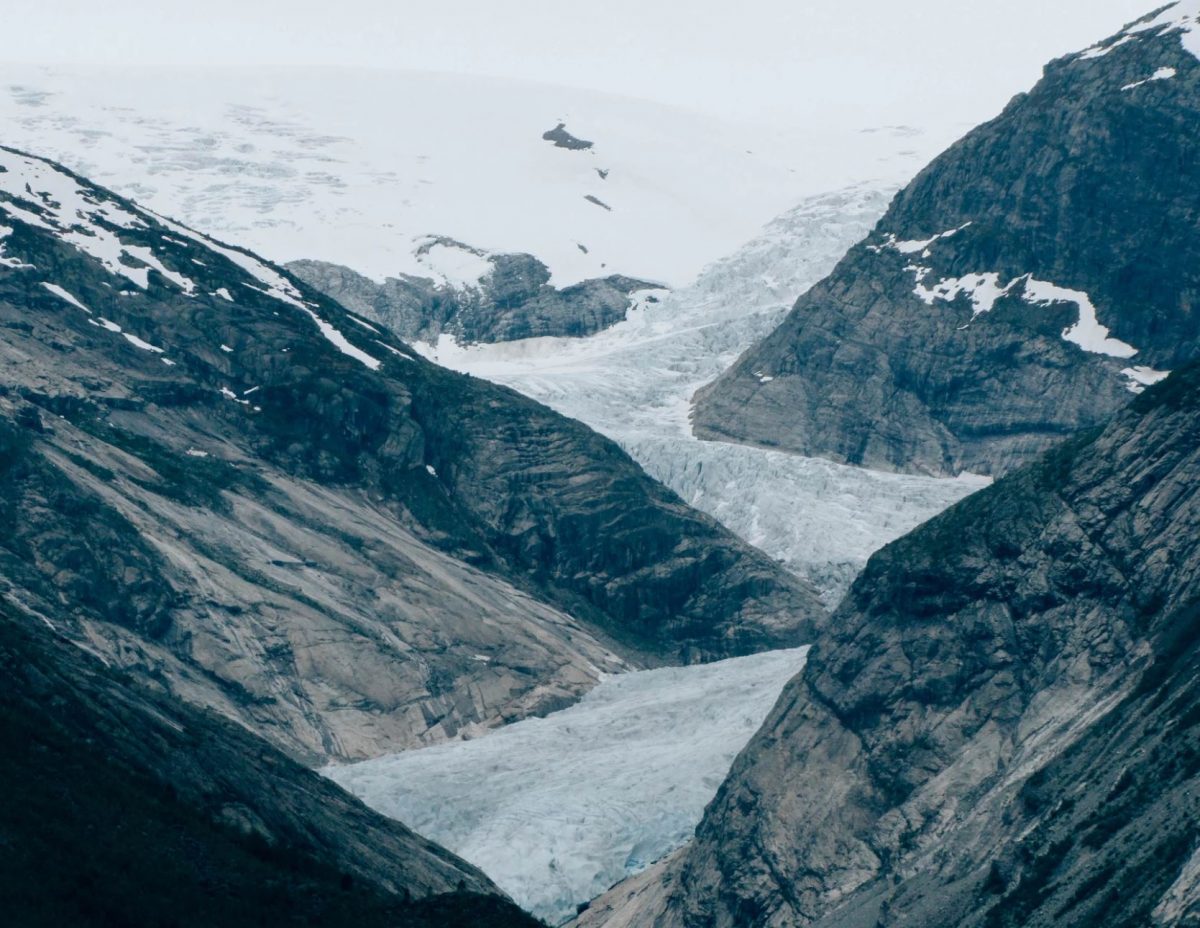 ©Photo by Andras Toth on Unsplash

Of all the Norway national parks that could make this list, it’s Jostedalsbreen that comes up trumps. Covered by the greatest glacier on the whole European mainland, it’s the stuff of superlatives. In fact, more than 300,000 people come to see the ice sheets creaking off the Briksdal Glacier each year. And the even larger Jostedal Glacier pulls in intrepid ice walkers and mountaineers beyond it. Around those, a majestic landscape of fjords and tundra-clad massifs is there to catch the eye. 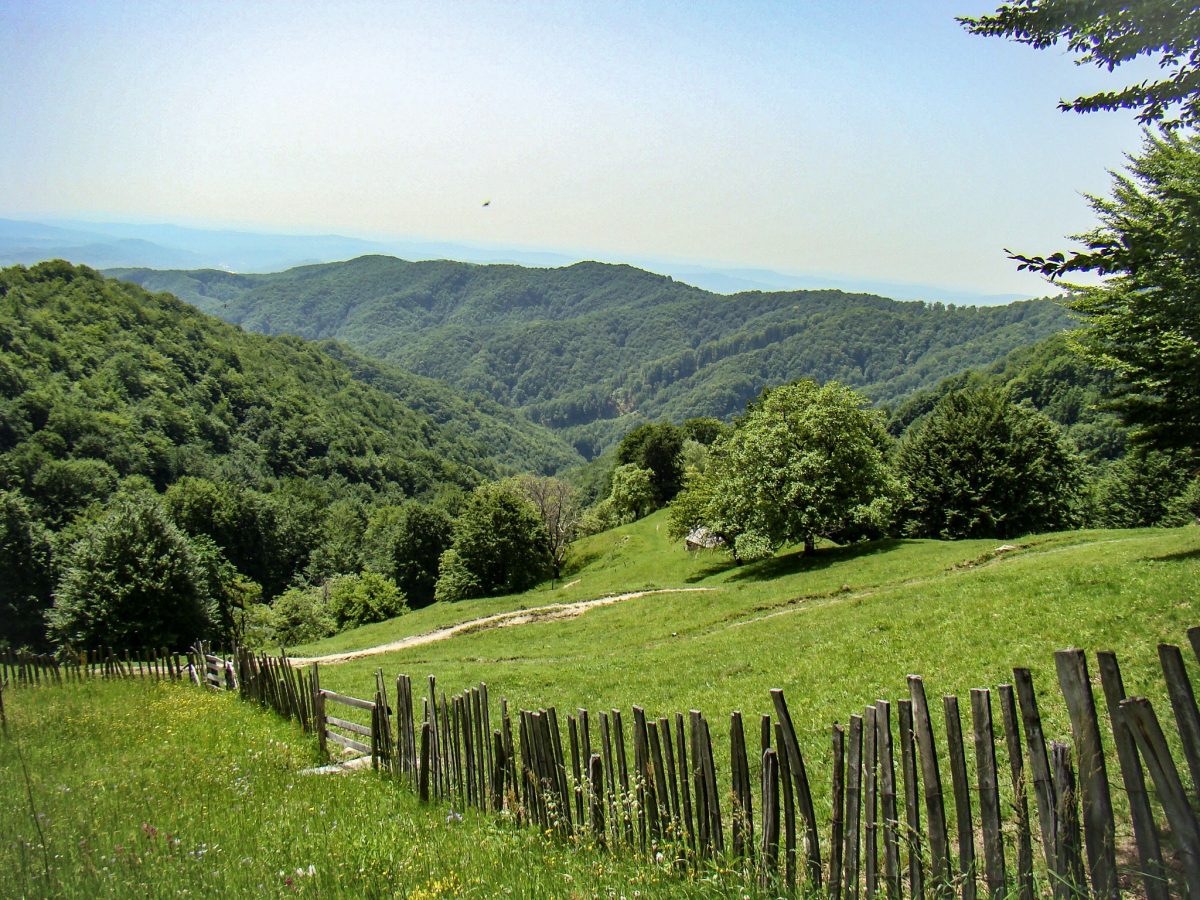 ©Photo by Compactforever on Wiki Commons

It might not be the biggest national park in Romania (in fact, it’s the smallest), but boy does Buila-Vanturarita stand out. It hides in the heart of the Southern Carpathians. Crumpled by massifs and wooded peaks, it’s like a fusion of the Alps and Transylvania. Walkers can find some seriously amazing hiking paths. In fact, they can take you deep into meadowlands and river valleys where grey wolves and badgers await. 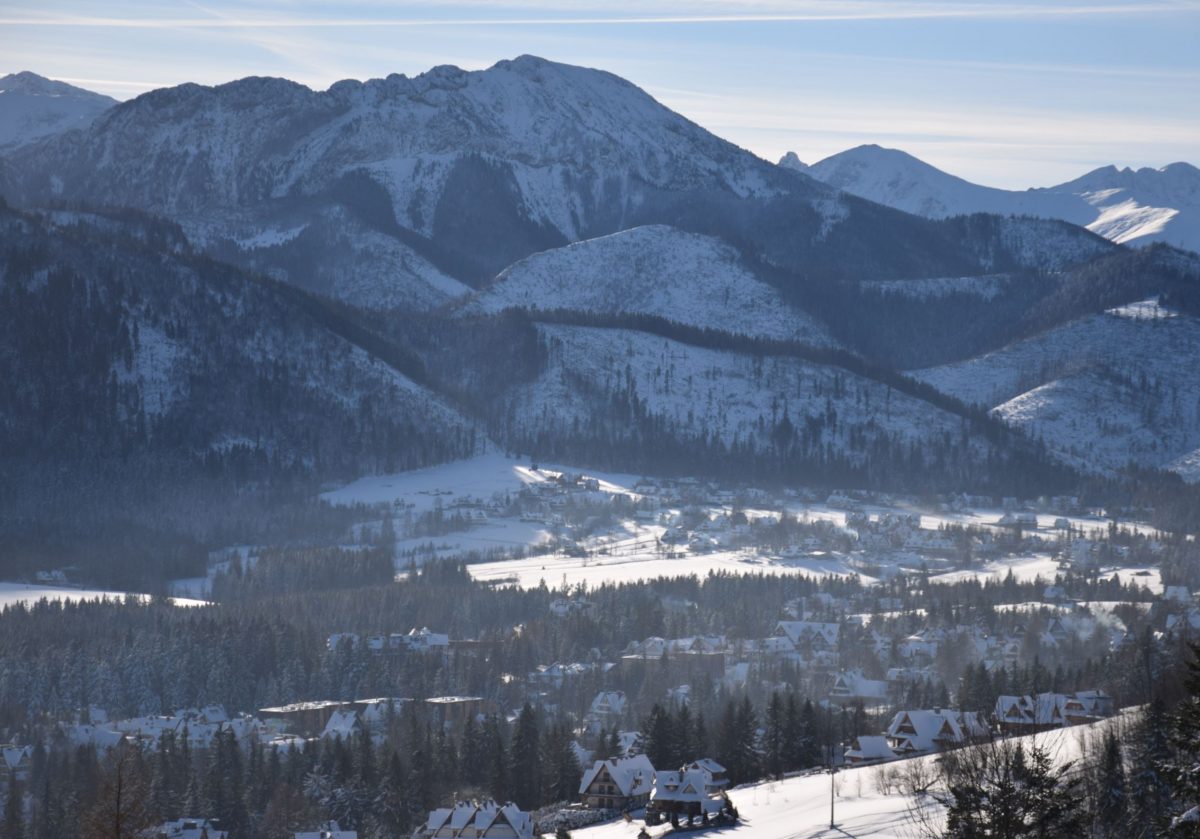 The Tatra National Park is where Poland is at its most dramatic. A stunning place to visit in the spring and summer, it’s filled with meadows of dappled crocuses. High peaks like Kasprowy Wierch loom overhead. You can wander deep valleys dotted with rustic barns. And there are other reasons this one’s up there with the best national parks in Poland. First off, it can be accessed on day trips from Krakow, so it’s easy to reach. Second, it’s got arguably the best skiing in Poland! 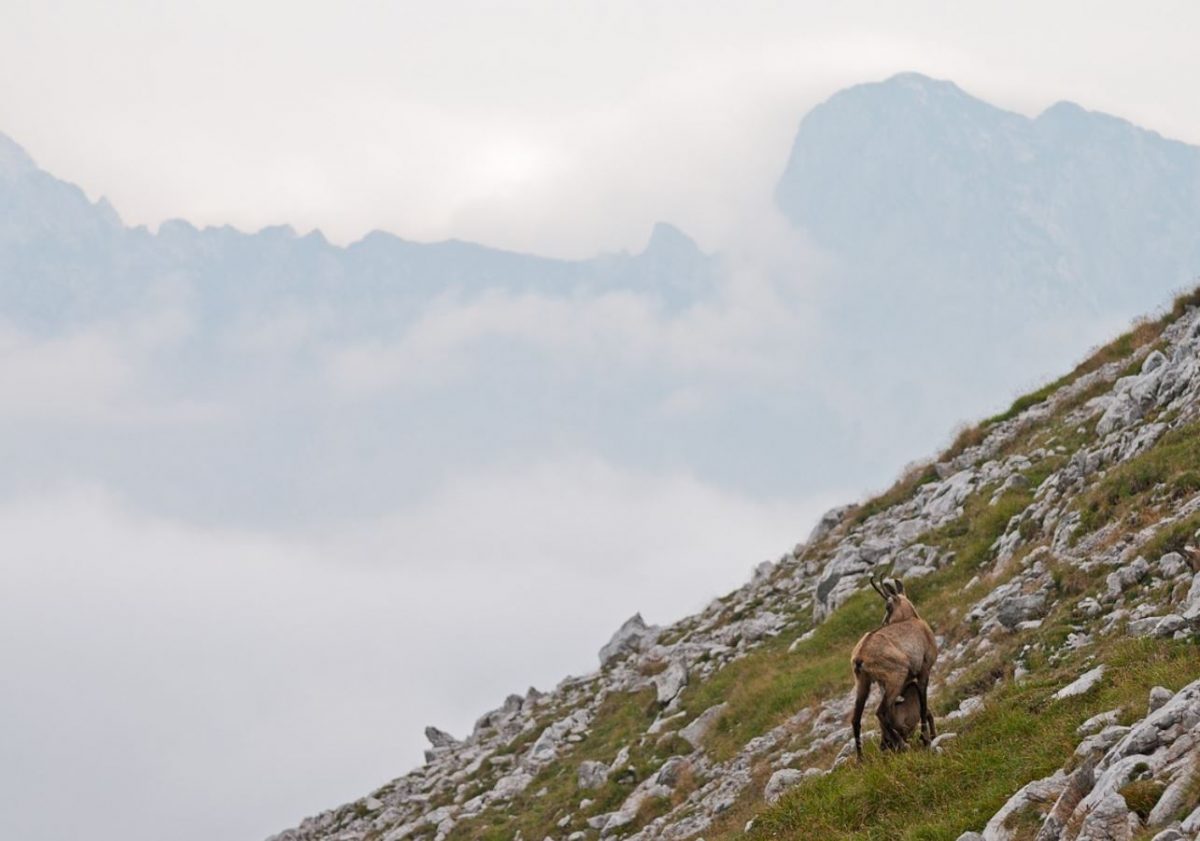 ©Photo by Timelynx on Pixabay

The Gesause National Park clutches the eastern end of the Austrian Alps. That fact puts it closer to Salzburg and Vienna than many of the biggest national parks in the country. Still, there’s nothing small about the mountains within – huge Hochtor tops out at 2,369 meters up! And then there are the quintessential visions of Alpine Europe to enjoy. You get whittled granite peaks and limestone crags that tower over green meadows. Villages with onion-domed churches sit in the shadow of forests. It’s gorgeous stuff. 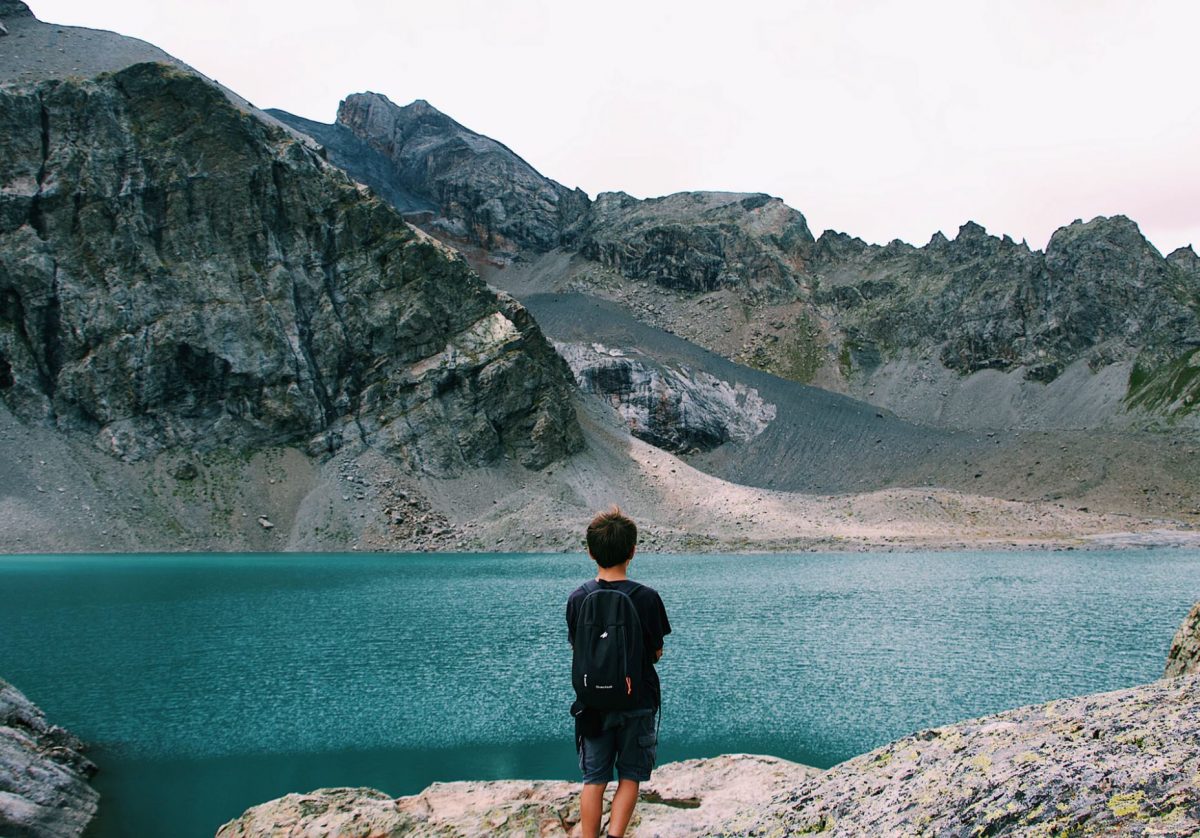 ©Photo by Mael BALLAND on Unsplash

Skiers might know the Ecrins National Park as one of the best national parks in France for hitting the slopes. Others might have been drawn by the promise of the high Alps. Here, neatly between Grenoble and the Italy border, land soars skywards to more than 4,000 meters above sea level. Hulking mountains like Chamoissière Pics and the Barre des Ecrins dominate the horizon. In addition, there are world-class winter sports hubs like Les 2 Alpes and Vallouise for the winter. 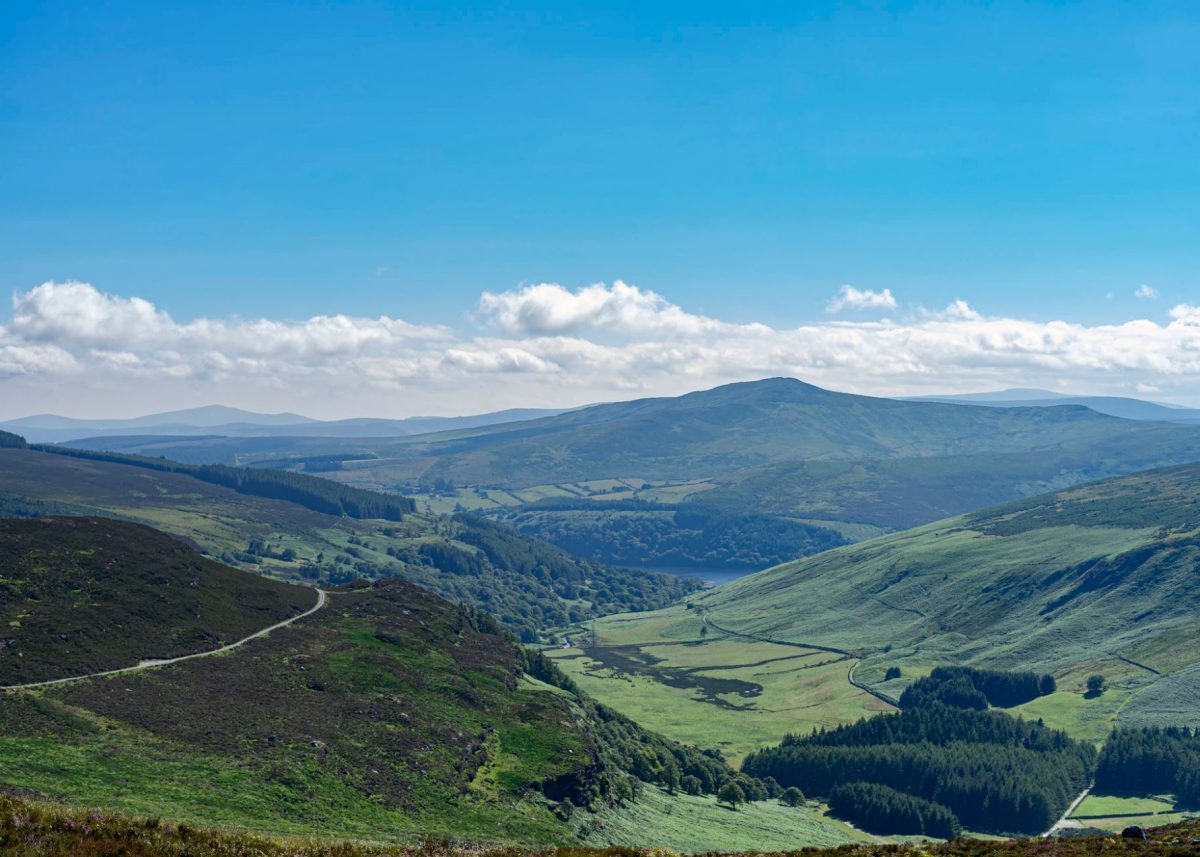 ©Photo by Ving N on Unsplash

These mystical peaks sit not far from the hearty pubs of Temple Bar in Dublin. Just to the south of the Irish capital, they cover 54,000 acres in true Emerald Isle country. There are belching bogs and ancient grykes, wide valleys hemmed in by mountains and woodlands where you can almost sense the faeries. B&Bs in the region keep things hearty and traditional. Meanwhile, you can even see it all by road – the Military Road and Wicklow Gap offer stunning views. 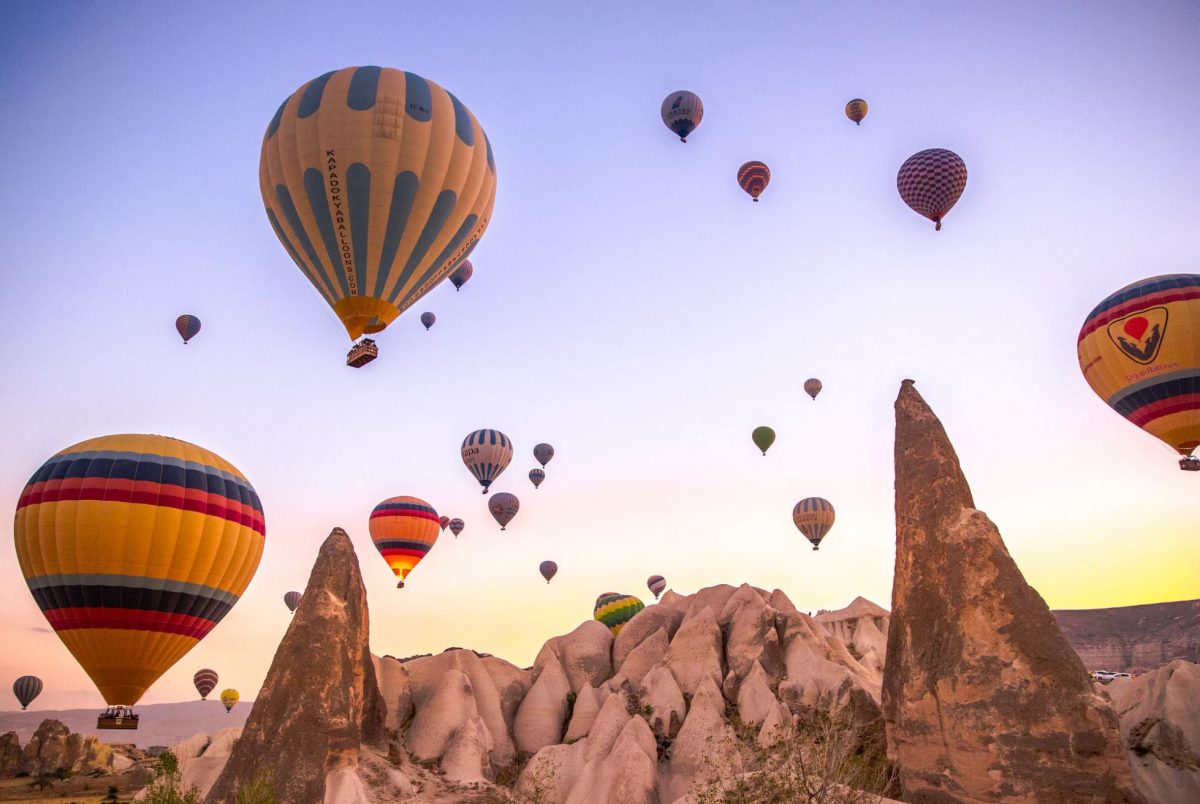 If you’re looking for the pick of the biggest national parks and best national parks in Turkey, this one’s a must. It sprawls across the heartlands of Cappadocia. There, its dusty landscapes get spiked and jutted by huge pillars of strange stone. These have come to be known as the Fairy Chimneys. Years ago, they played host to whole villages of troglodyte peoples. These days, many of the traditional cave homes have been converted into boutique B&Bs, while balloon rides above it all promise to be something truly special. 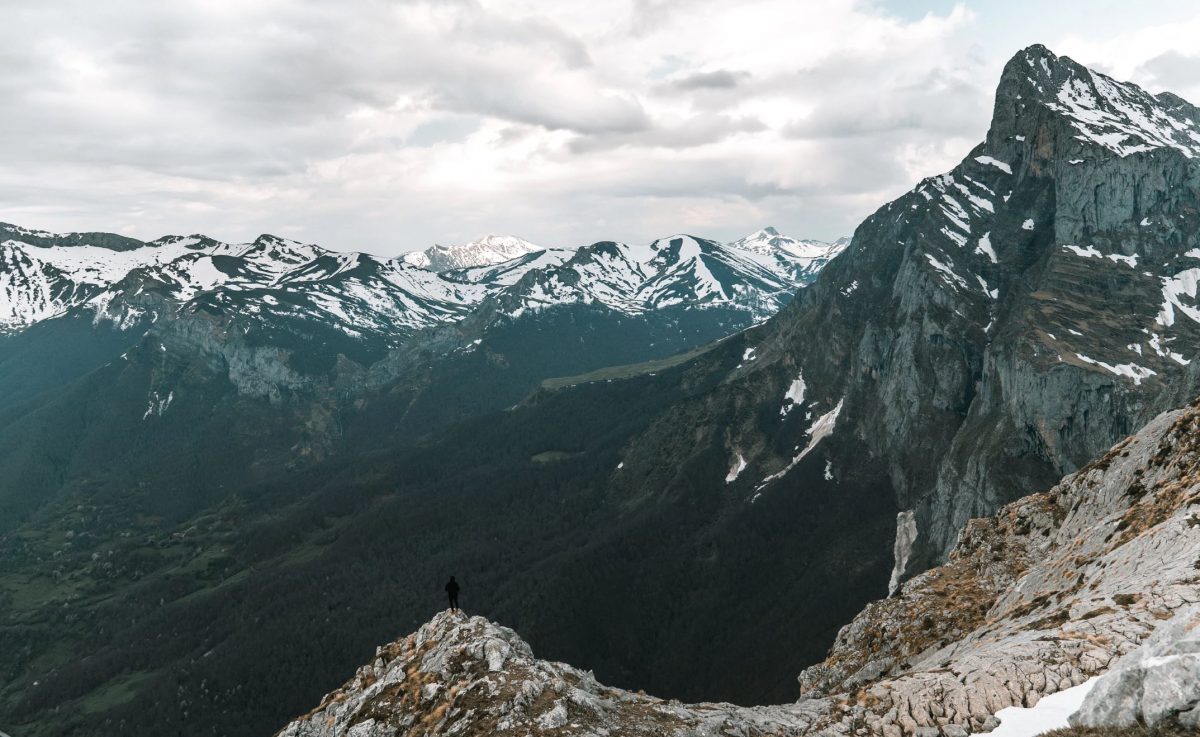 ©Photo by Alejandro Luengo on Unsplash

Carved summits that are fluted above the clouds meet rolling meadows and lakes in the heights of northern Spain. This is where the land of flamenco and paella crack upwards. It crumples the Cantabrian Mountains at the end of the mighty Pyrenees, creating the wonderful reserves of the Picos de Europa National Park. One of the youngest and, unquestionably, best national parks in the country, it’s a trekking mecca. Hiking loops run circuits up to lookouts over the summits, weaving past wolf-stalked slopes and plateaus as they go. 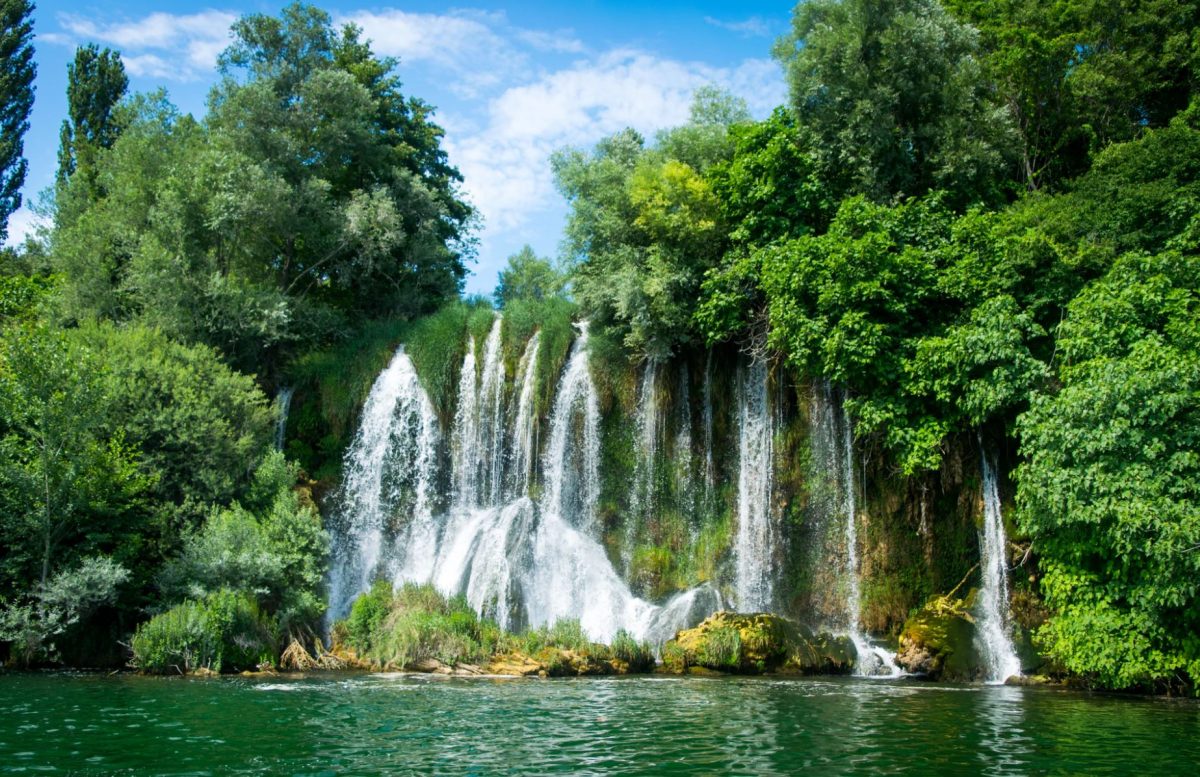 ©Photo by Nick Kane on Unsplash

While Croatia might be known for its coastline, one of the best national parks in Europe awaits near to Split. Cue the Krka National Park: A stunning swathe of the wooded mountainside on the edge of the Dinaric Alps. The piece de resistance of the reserve is the series of seven waterfalls that crash through its center. People head there to wild swim in the lagoons. Other visitors hit the trails and wander forests of Adriatic pines to discover lookouts and age-old monasteries.

So you’re planning a trip to Europe and wanted some more than usual city sightseeing?

These 20 national parks in Europe make sure your travel to Europe is more than just ordinary city exploration. If you’ve been to any of these national parks, let us know your thoughts. If not, travel away & have an amazing hiking adventure!