Czech has the reputation of being big beer drinkers, but they also know a thing or two about liqueur. Their national drink, Becherovka, is a famous Czech liqueur.

Becherovka is a herbal bitter and a digestive aid. Its distinctive taste is the result of a secret recipe based on a mix of herbs and spices.

The inventor of Becherovka was Josef Vitus Becher, a resident of the Czech city Karlovy Vary. Becher sold spices and colonial goods in his shop called House of the Three Woodlarks. He also had an interest in alcoholic beverages and frequently brewed his own hard alcohol.

The History of the Secret Drink 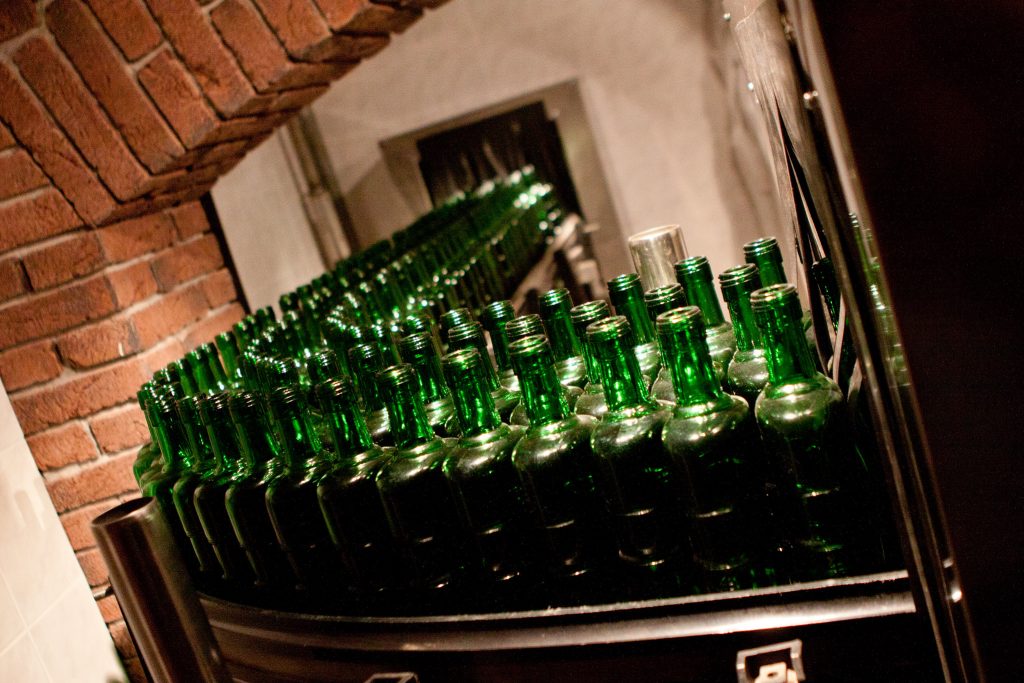 In the early 1800s, Christian Frobrig, an English doctor who frequented Karlovy Vary, established a cure for stomach illnesses. Upon his departure from the city, Frobrig gave the recipe to Becher.

Becher spent another two years tweaking the recipe and transformed it into as the liqueur it is known as today. Becherovka officially hit the market in 1807 under the name Becher’s English Bitter.

The drink remained relatively unknown until Josef Becher’s son, Jan Becher, took over the company in 1838. Jan turned the medicinal drink into a herbal liqueur that people wanted to drink, whether they were sick or not. In 1867, Jan expanded the company by building a larger factory due to boost in sales. Thanks to his outstanding business talents, Jan is considered to be the true founder of the Becherovka company. In fact, his signature can still be found on the Becherovka bottle today.

Jan, who continued to head the business for four decades before it was privatised in the early 1990s. It is later acquired by Pernod Ricard, one of the leading alcohol producers in the world.

Becherovka’s recipe is a well-kept secret, made from more than twenty different types of herbs and spices. With an alcohol content of 38%, the drink has a cinnamon flavour and is usually served chilled.

Only two people know the exact recipe of the drink: the production manager and director of strategy and product development. They are said meet once every week to mix the herbs and spices used in the drink.

Becherovka’s Popularity In The Czech Republic 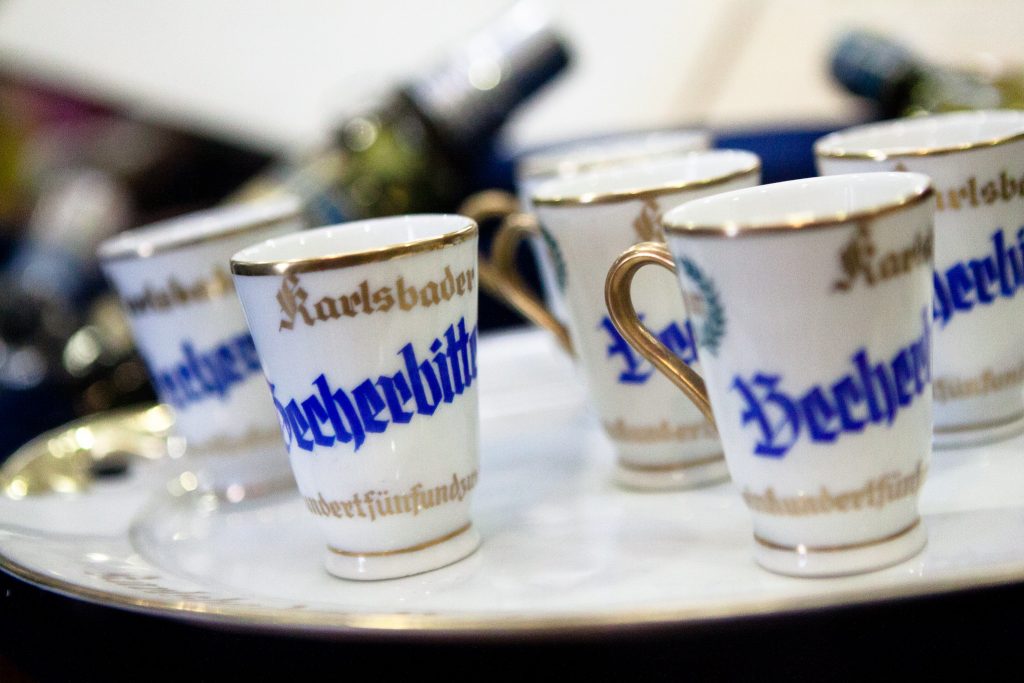 Famous for its love it or hate it taste, people consumed Becherovka during the cold winter months or as a digestive aid for upset stomach. In recent years, Becherovka has garnered popularity among the youth of the Czech Republic. The liqueur is present in most trendy bars and clubs in Prague. The drink’s popularity has resulted in the invention of many new cocktail recipes in recent years.

The most popular Becherovka-based cocktail is the BeTon. It is a mixture of Becherovka and tonic, often served with a wedge of lemon or orange.

Tourist secret: Czech locals advise first-time drinkers of Becherovka to avoid drinking it neat or with ice. Becherovka is a bitter liqueur with an acquired taste. Instead, it’s recommended to mix a shot of the liqueur with a thick juice such as pear or pineapple.

Take A Trip To The Becherovka Museum 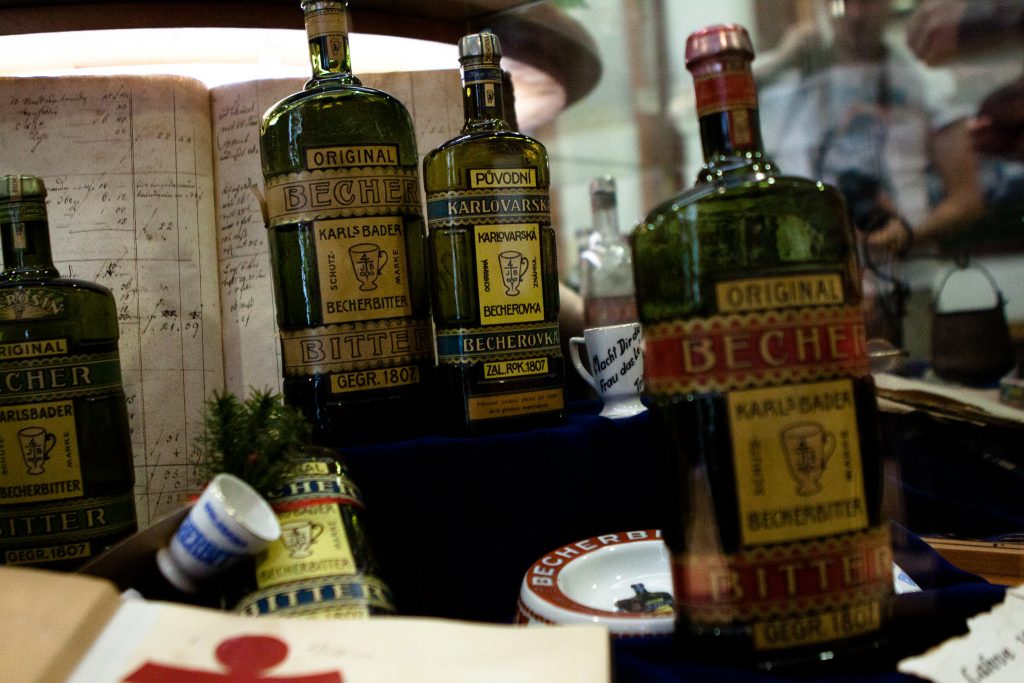 Karlovy Vary is the home of Becherovka for more than two centuries. So naturally, the proud locals wanted to pay tribute to their national drink with a museum.

Two hours away from Prague, the Jan Becher Museum is in the historical building of the original Becherovka factory. This building replaced the original pharmacy around 150 years ago.

Every year more than 60,000 tourists visit the museum to learn about the history of the company’s beginnings. They also tell the story of how production continued during the communist regime.

During a tour of the museum, visitors can view a short movie on the history of Becherovka before visiting the original cellars. They can also explore an exhibition with various historical items connected to the drink. These include the original pipeline, old Becherovka bottles and the barrels used to mature Becherovka.

At the end of the tour, visitors can buy souvenirs in the museum’s shop and enjoy a perfectly chilled drink of Becherovka in the on-site bar.

Tourist secret: While in Karlovy Vary, you should visit Becher’s Bar. It is a famous 19th century English styled bar. It is located in the basement of Grandhotel Pupp and offers a wide range of Becherovka-based drinks.

Can One Find Becherovka In The U.S.? 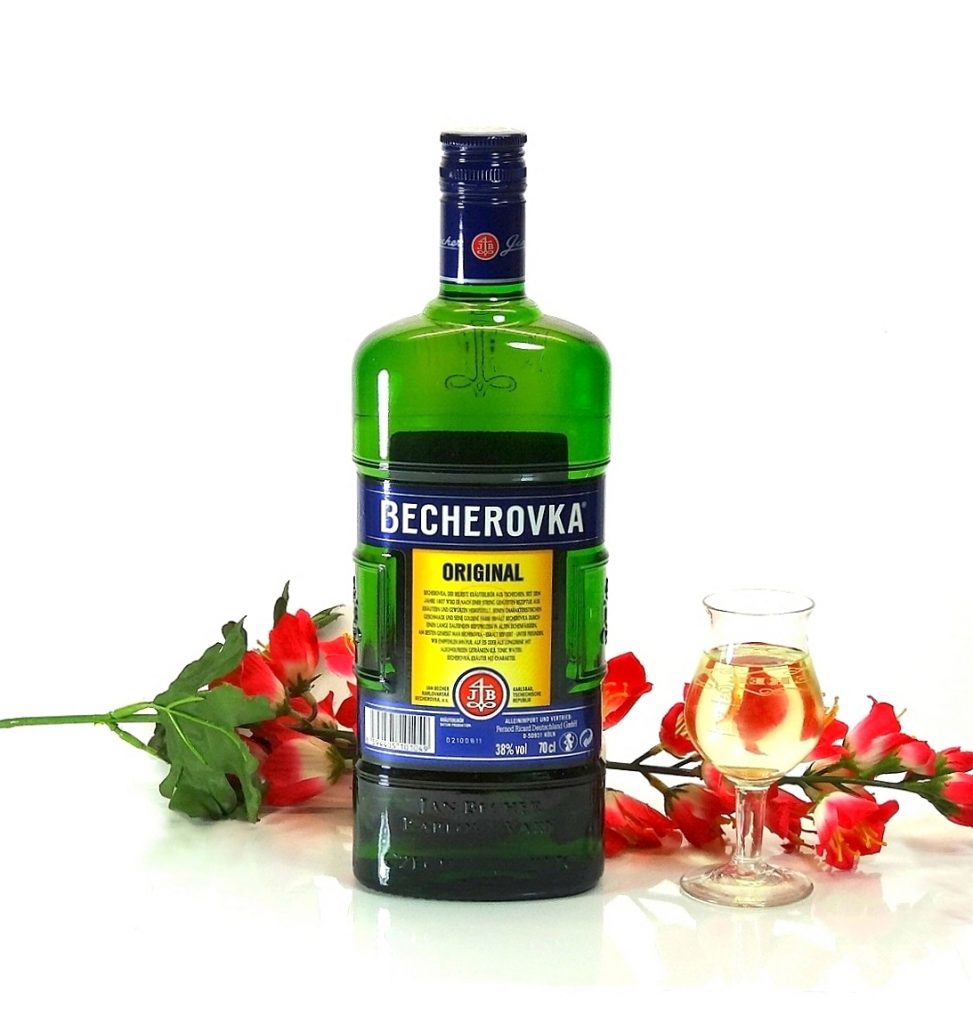 Photo by VladiMens on Wikipedia Commons

If your trip to the Czech Republic was too brief and you are regretting not bringing home more Becherovka, don’t fret! The makers export approximately 8 million litres of Becherovka annually to almost 40 countries around the world, the U.S included!

Up until recent years, Becherovka was a rare find in U.S bars. But thanks to its acquisition by Pernod Ricard, it’s now a regular sight on shelves nationwide.  Although it’s relatively new to the country, the drink has quickly risen in popularity.

Becherovka should also be available at any good liquor store for around $22 for 750ml, so go grab a bottle and follow our recipes below.

Some Becherovka Cocktail Recipes You Should Try 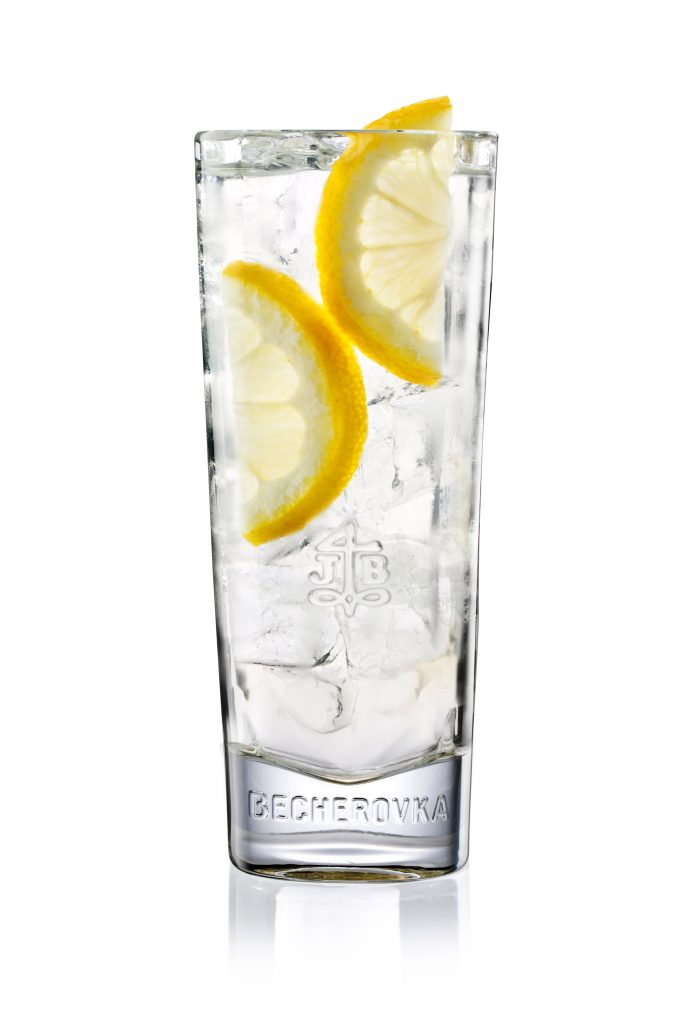 The original BeTon is the combination of Becherovka and Tonic. The ingredients include 40ml of Becherovka mixed with 100ml of tonic water.

Preparation
To prepare the drink, pour the Becherovka into a glass filled with ice and top up it with the tonic water. Mix it with a spoon or a straw and add a slice of lemon. Serve in a highball glass.

Tourist secret: Feel free to add any citrus fruits, herbs or spices into your BeTon. Play around until you find a taste that you enjoy.

In a small beer glass, mix 40ml of Becherovka Original with 50 ml of tonic water, 50ml of Pilsner beer and 15ml of fresh lemon juice.

Preparation
Pour all of the ingredients into a glass filled with ice. Gently stir the mixture with a spoon or a straw. Then decorate the glass or straw with a small salted pretzel and add a sprig of mint.

Interested in other national drinks? Check out our guide on everything you need to know about South Korea’s national drink, Soju.

40 Best and Fun Things to Do in Prague, Czech Republic
Plan Your Trip 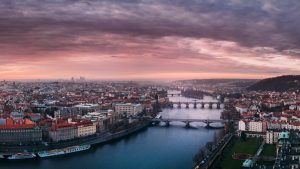 Epic Tips on How To Get From Budapest To Prague