Any visit to the bustling city of Bangkok should absolutely include a day trip to the floating markets of Thailand. The Bangkok floating markets are a unique Thai attraction and a special tradition among Thai people.

The Amphawa Floating Market is considered as one of the best floating markets in Bangkok because it appeals to both locals and tourists. It is not the largest of Bangkok’s floating markets, but that makes it even more worth visiting. It is a great example of the Bangkok markets that were once a part of everyday life.

So, What Exactly is a Floating Market?

A floating market can be as simple as one person on a small boat filled with goods or it can be as large as some of Bangkok’s floating markets, where a certain area on a river or canal is packed with such boats.

Once a part of daily life along the waterways in Southeast Asia, the traditional floating market in Thailand has stood the test of time because of its uniqueness. Nowadays, they mainly operate as a top Thai attraction for tourists. Nevertheless, the locals also love them because they are hubs for delicious food and it is a lasting tribute to a time-honoured custom.

History of the Floating Market in Thailand 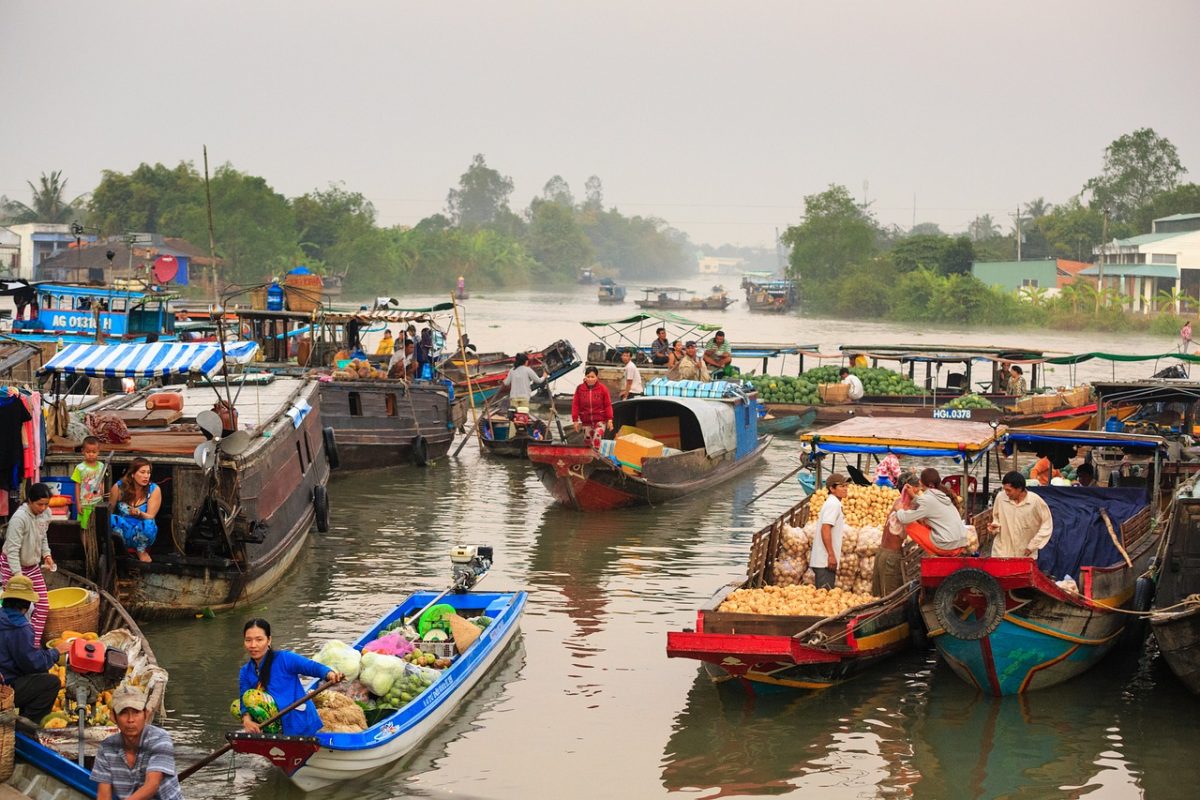 The countryside surrounding Bangkok is filled with a large network of waterways. This is because the rivers and canals were natural transportation channels, most of the main settlements developed alongside them.

These waterways quickly became the centre of trade and economic activity. Merchants would transport their goods by boat, and it was efficient to sell those goods directly on the river.

Over time, more and more people started building their houses directly on the bustling waterfront. In fact, when visiting the Bangkok floating markets you will have a chance to see the nearby stilt houses where this way of life continues even today.

In the age of industrialization, overland travel became more commonplace and nearby Bangkok grew into the economic hub that it is today. Most of the traditional floating markets in Thailand lost their customers as Bangkok markets moved to the land.

The Amphawa Floating Market is one of the oldest compared to the other Bangkok floating markets. Nowadays, floating boat markets cater mostly to tourists. However, locals still visit because these markets are a part of their culture and usually a hotspot of delicious food.

Overall, the floating markets of Thailand have been preserved simply because they are one of the many unique cultural experiences in Thailand.

All about the Amphawa Floating market 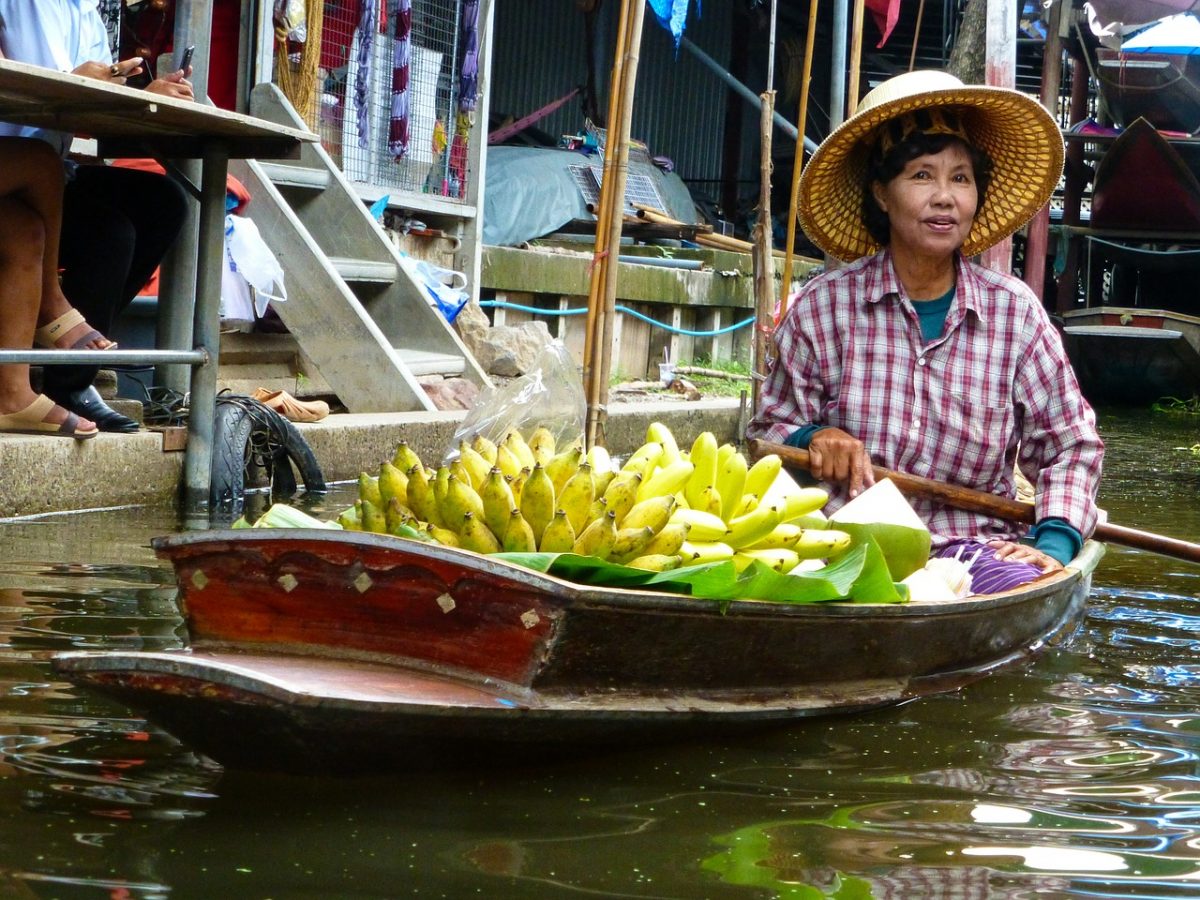 Photo by Madebymark on Pixabay

The Amphawa Floating market is one of the best floating markets in Bangkok. It is located about two hours north of the city. Most hotels and hostels can arrange a floating market tour from Bangkok for a reasonable price. It’s better to do this through your hotel than to try and arrange a taxi for yourself.

However, the public bus is the most budget-friendly option to visit the floating Bangkok markets. There is a public bus line that travels from Bangkok to Damnoen Saduak and makes a stop at Amphawa Market. There are also slightly more expensive mini-buses which take you directly to the Amphawa Floating Market. These pick up from the Victory Monument in Bangkok and drop you right at the market.

The best place to experience the Bangkok floating markets is from the shore where you can see the many merchants in their floating boats. However, it is also possible to take a floating market tour to better understand the everyday life of the people.

Why Amphawa is the Best Floating Market in Bangkok 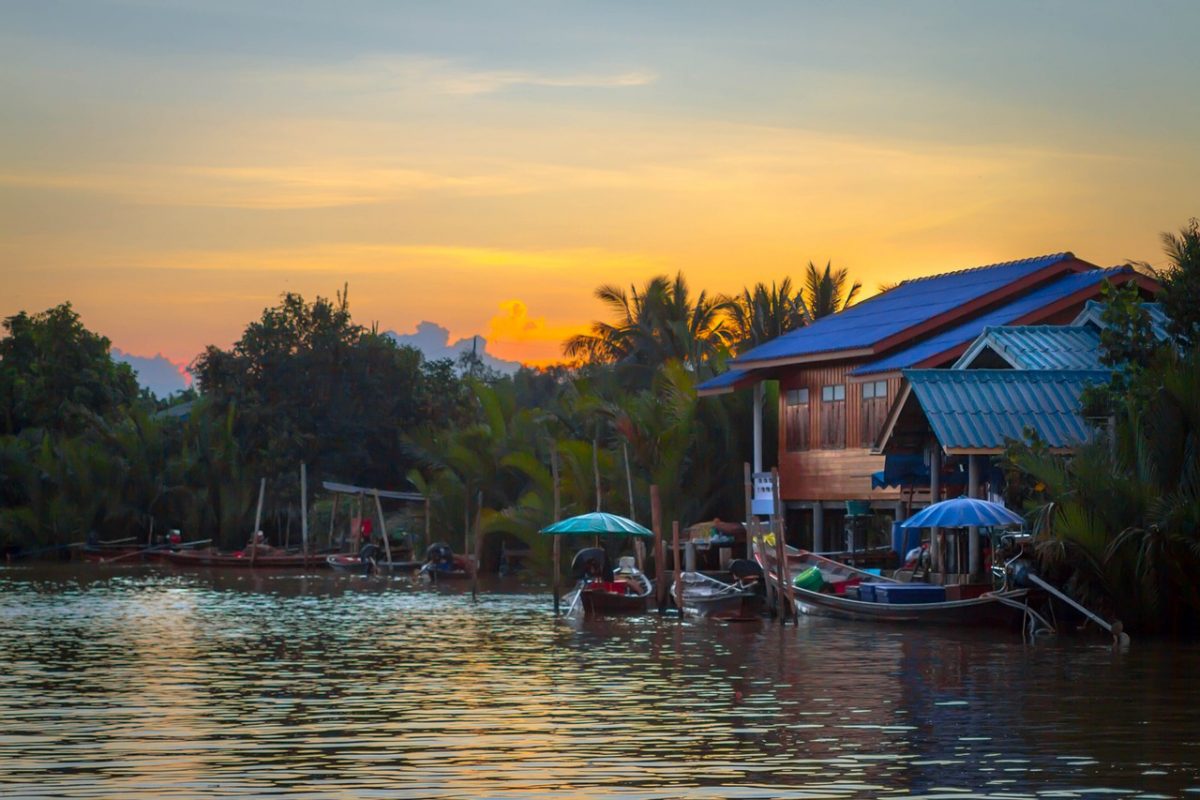 Photo by Prasong Kotchakrai on Pixabay

The Amphawa floating market stands out compared to the other floating markets of Thailand because it attracts both local people and tourists. It has retained a feeling of authenticity while some other Bangkok markets have become too touristy. It is also one of the oldest of all the Bangkok floating markets.

You can take a floating market tour through the local Amphawa Canal stilt houses near Bangkok. You’ll see how the Thai people still embrace this unique way of life along the river’s edge.

Many visitors consider Amphawa the best floating market in Bangkok because of the possibility to take a night boat tour. The fireflies in the region are one of the big Thai attractions that draw people to the Amphawa Floating Market. At night, you can see thousands of fireflies fluttering around the cork trees. It’s a quieter way of life in the countryside in contrast with nearby metropolitan Bangkok.

What to Buy at the Amphawa Floating Markets 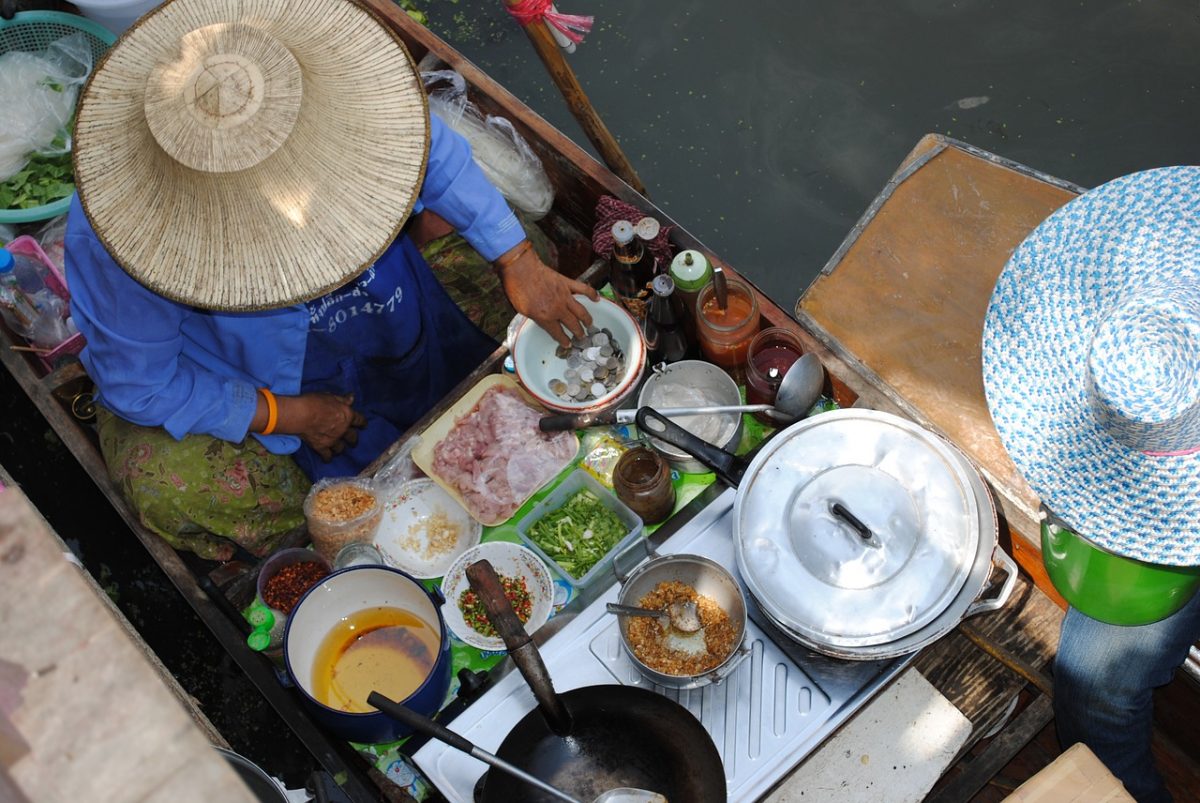 The Amphawa floating market is known for many different products, souvenirs, and above all, food. You’ll see floating boats where merchants are preparing hot dishes such as noodles, grilled seafood, or pad thai. You can even buy some of the local fruits like mangosteen and dragon fruit. If you’ve never bought a coconut from a floating boat, this is your chance.

In fact, food is probably the main reason that the locals visit the Amphawa Floating Market. People line up along the river all day to socialize over a delicious meal.

It is also very popular for the locals to bring different types of deserts to the market. All of the deserts use local ingredients and of course, coconuts feature prominently.

Market Open Time and Prices at the Amphawa Floating Market

The market open time is Friday to Sunday from 2 pm to 8 pm. The best time to go is around 3 pm to beat the Bangkok market crowds. From market open time to closing time, the area is full of tourists who want to see the historical floating markets of Thailand.

The market open time is the same year round, but most people suggest visiting between May and October.

Prices at the Amphawa Floating Market are a bit more expensive compared with the products at the other Bangkok markets. After all, it’s a lot more difficult to prepare pad thai on a rocking boat compared to a street food stall.

Either way, a visit to these traditional floating markets is definitely worth a day trip on your Thailand vacation!