Imagine relaxing in a hot bath as you unwind from the stress of a long and weary day at work. Now, imagine that the bath is much bigger, and you can also take it together with your family or friends. Be it for the unique cultural experience or simply for the fun of it, visiting a sento in Japan is a simple activity that anyone can enjoy, even alone.

Visiting a sento is definitely one of the highlights for tourists and locals alike, and can be done anytime throughout the year. 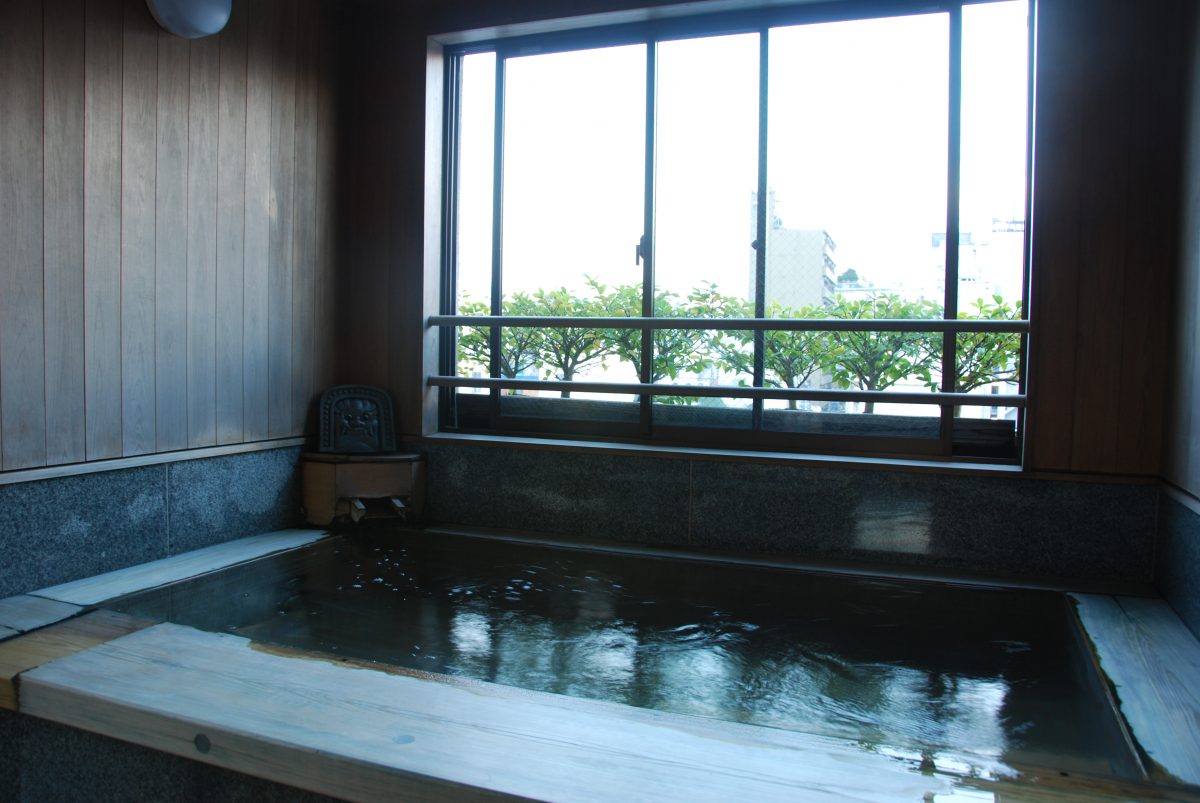 Sento is a Japanese bath house where customers can enjoy a relaxing hot bath for a fee. Common across Japan, these baths are public and accessible to everyone after paying a nominal entrance fee of around 450 yen per adult, depending on the prefecture; admission fee for children is around 180 yen each.

The baths are separated by gender, although children under 7 (or 10 depending on the sento) can accompany parents of either gender to the baths. There are two areas in the baths – a washing area where faucets are lined up, and a bath area reminiscent of a huge Japanese bathtub. The temperature of the water in the baths are generally much warmer than those at home, sitting at around 42 °C.

Here’s the catch: you have to be completely naked in the baths! Swimsuits and wrapping a towel around your body while submerged in the bath are not allowed.

Not to be confused with onsen which refers to Japanese hot springs, sento leans toward an establishment that serves a more practical need for personal cleanliness. While sento are communal baths that utilise hot water heated from normal water supply, onsen derives its water from natural hot springs from adjacent active volcanoes.

How Sento Came To Be

The origins of sento and its culture stemmed from Buddhist temples in India before it spread to China and then to Japan in the 6th century.

The conception of sento in Japan dates back to more than 400 years ago during the Edo period as neighbourhood baths. A sento back then was just a place to bathe for an affordable price. The number of sento grew rapidly post-World War II, peaking in 1970, in tandem with the exponential increase in population. Due to the dense population, many homes in the cities are small and do not have a bathtub. Thus, to accommodate the people, bath houses sprung up in dozens.

However, these days, everyone has a bath or a shower in their homes. As a result, the traditional notion of sento has changed. They are regarded as an inexpensive leisure activity that can be enjoyed by all. Additionally, bath houses now offer a bigger variety of experiences for the public. Sento that retained their traditional design often emphasised its traditionality to appeal to visitors who are seeking to experience the old Japan.

The Rising Popularity Of Super-Sento 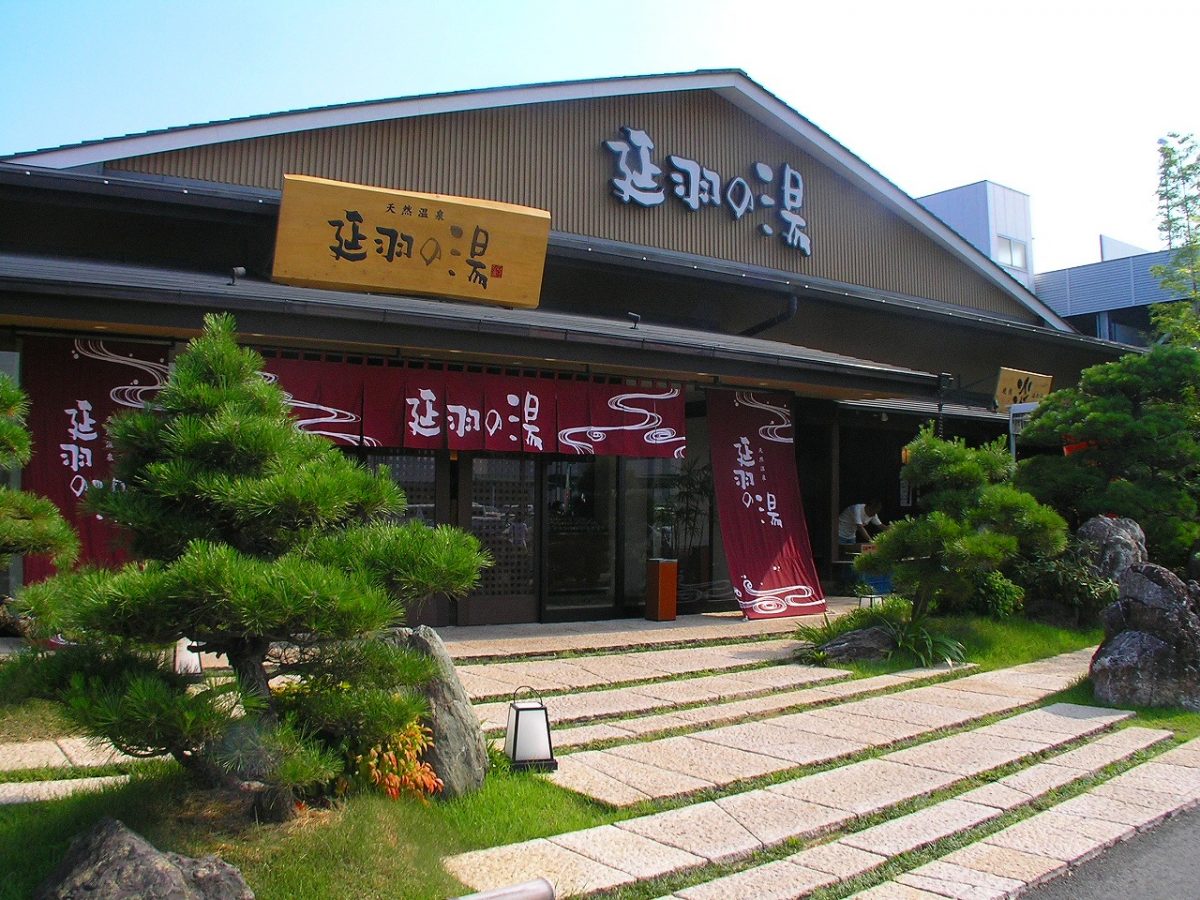 Photo by Jaja-osaka on Wikimedia Commons

As the name implies, a super-sento is a type of sento that is larger than a typical sento. Some super-sento include a variety of relaxation facilities such as different types of bathtubs (i.e., jacuzzi tub, jet bath), saunas, spas, and salons. Others even offer entertainment such as karaoke, game arcades, and restaurants, in a bid to attract the changing consumer base. While more expensive than a normal bath house, super-sento are increasingly popular due to their top-notch facilities and their originality. It is certainly a place where you can spend time and enjoy a day off with your close ones!

Bathing While Enjoying The Vast Sky 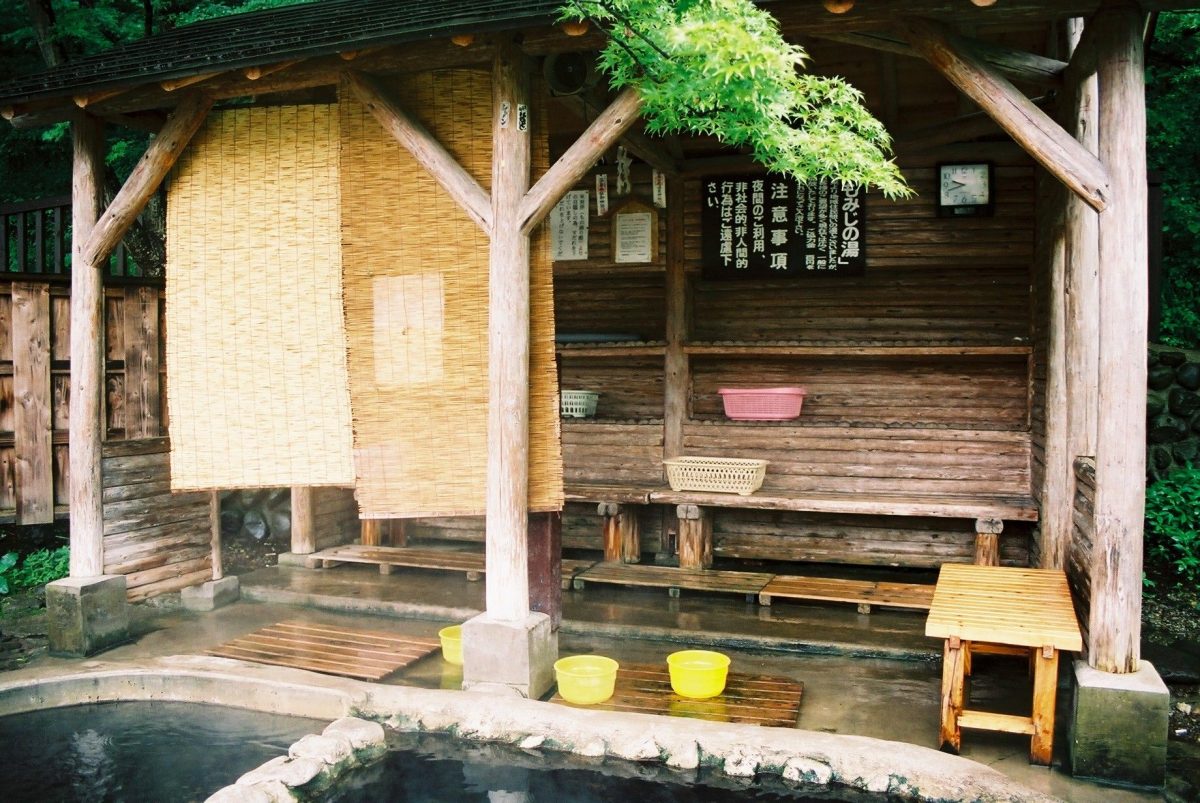 Open-air sento are bath houses that have open-air baths in which the baths are located in out in the open. You can also enjoy the tranquility of soaking under the night sky, as the gentle breeze brushes against you. Some sento offer open-air baths in scenic areas as well, furthering the experience of relaxing in nature.

There are health benefits in soaking at the baths. The therapeutic and healing properties of the bathwater wash away fatigue and refresh your spirit and body; it also facilitates metabolism and improves your immune system.

Sento is also a social space where neighbours, friends, and strangers come together to socialise. It is a place where the different generations are able to gather, and where we can meet people from all walks of life. It bridges and fosters bonds between people, allowing families to spend quality time together. Being completely naked also lends itself to the notion of open communication and relaxation, giving the idiom of “baring oneself to others” another meaning altogether.

7 Golden Rules On Etiquette And How To Best Enjoy Sento

Remove your shoes, and put them in the shoe locker by the entrance before you step into the bath house. 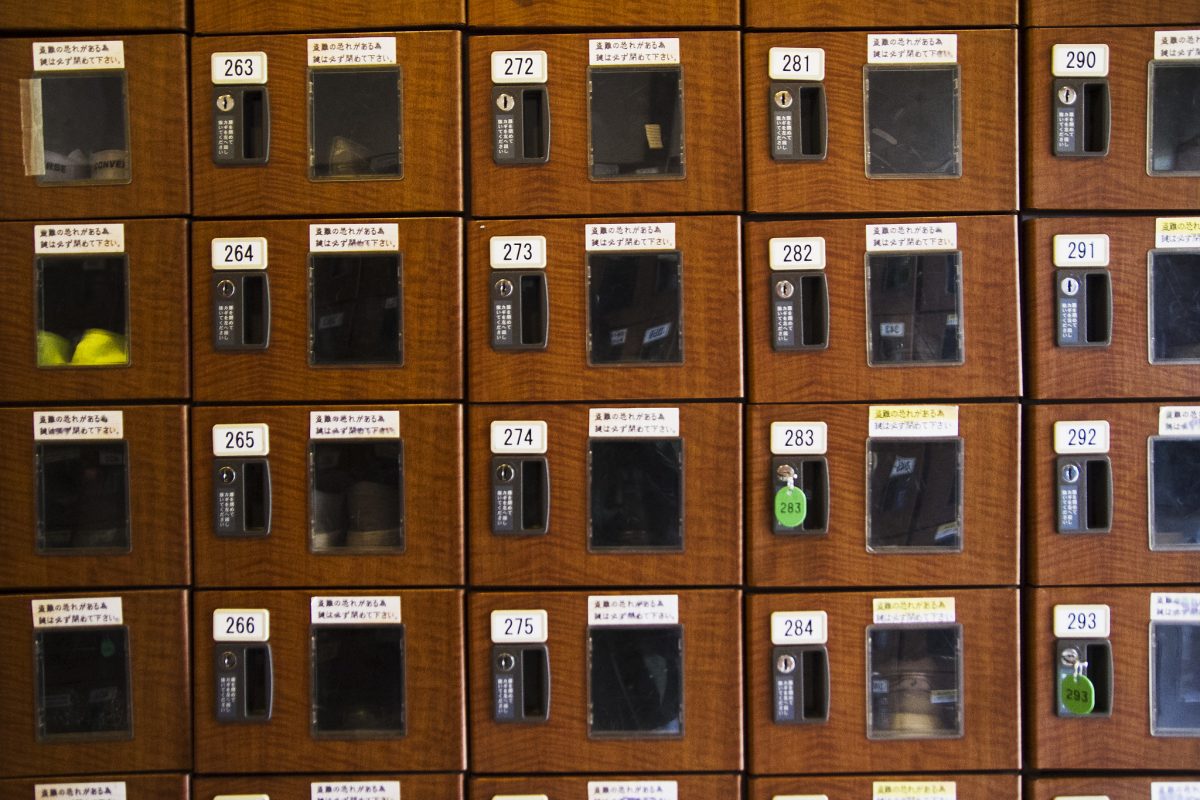 Pay an entrance fee at the front desk. 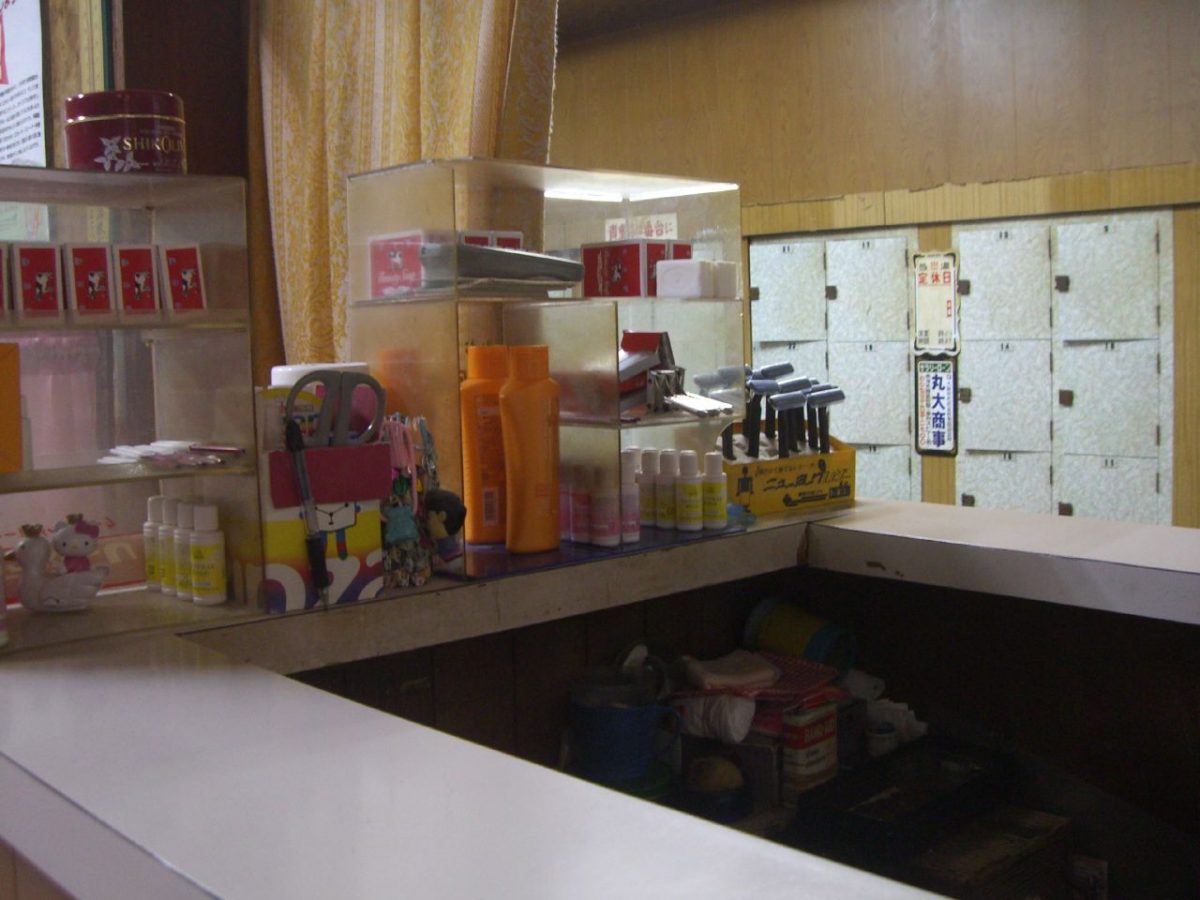 Photo by akaitori on Wikimedia Commons

Ticketing machines may also be available as well depending on the sento. Smaller establishments may have a bandai (reception desk) instead between the entrance of the baths.

Go to the changing rooms. 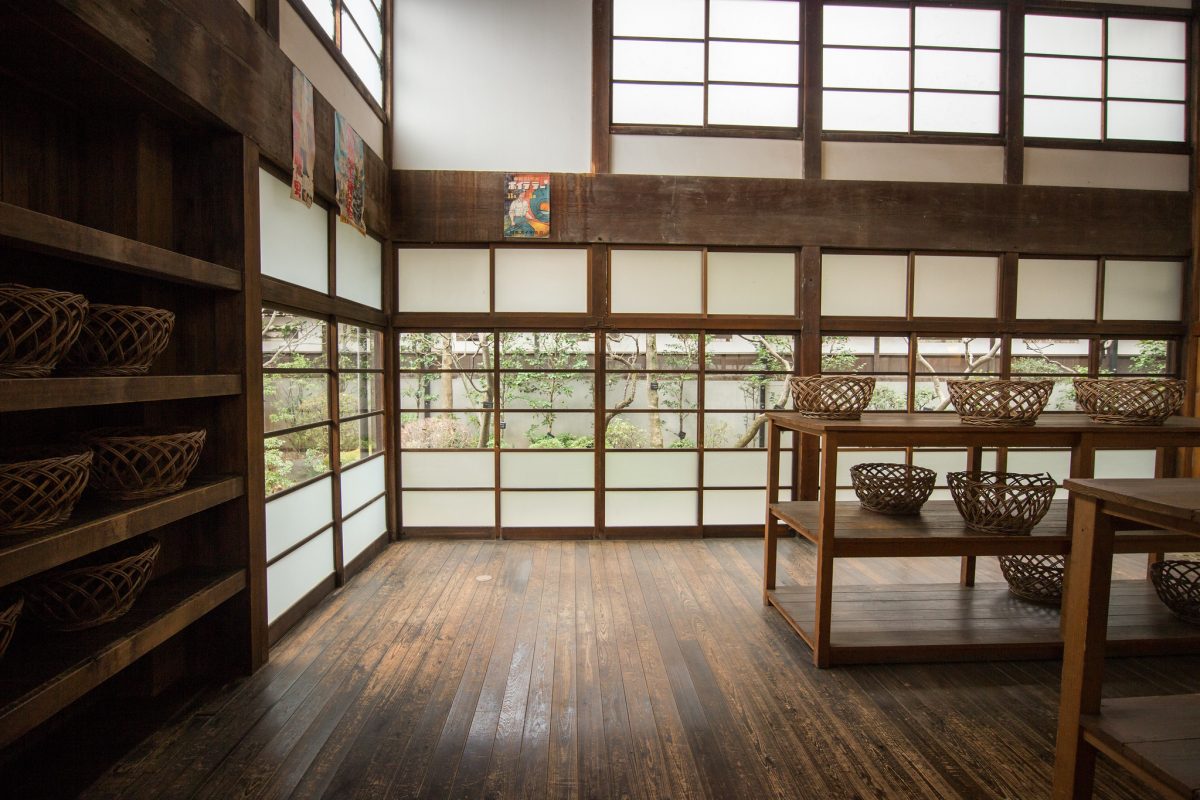 In the changing room, be sure to remove all articles of clothing. Place them together with your bath towel into a basket that is available. You can only bring into the baths your washing towel, toiletries and locker key that should be worn around your wrist.

Wash yourself thoroughly at the shower area before you enter the baths. 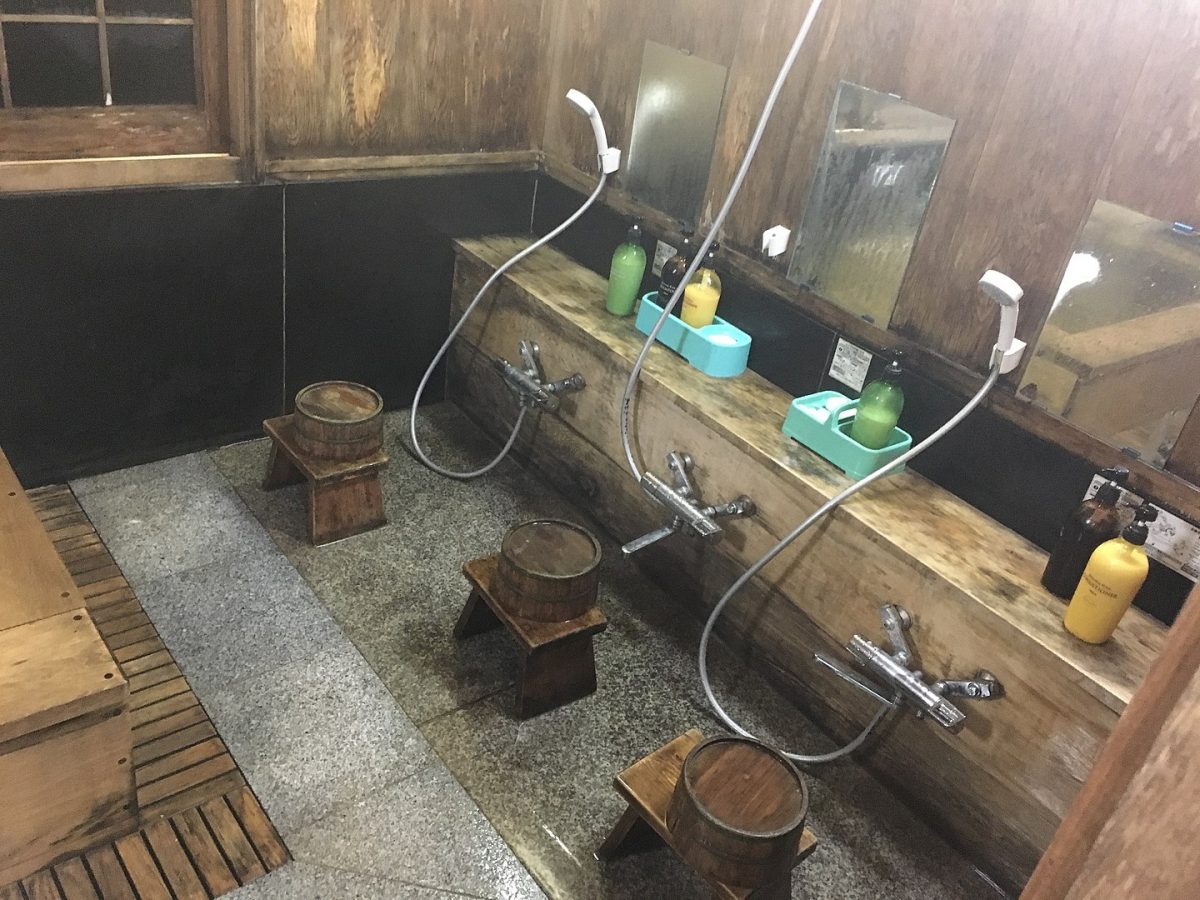 Photo by kennejima on Wikimedia Commons

Relax in the bath. 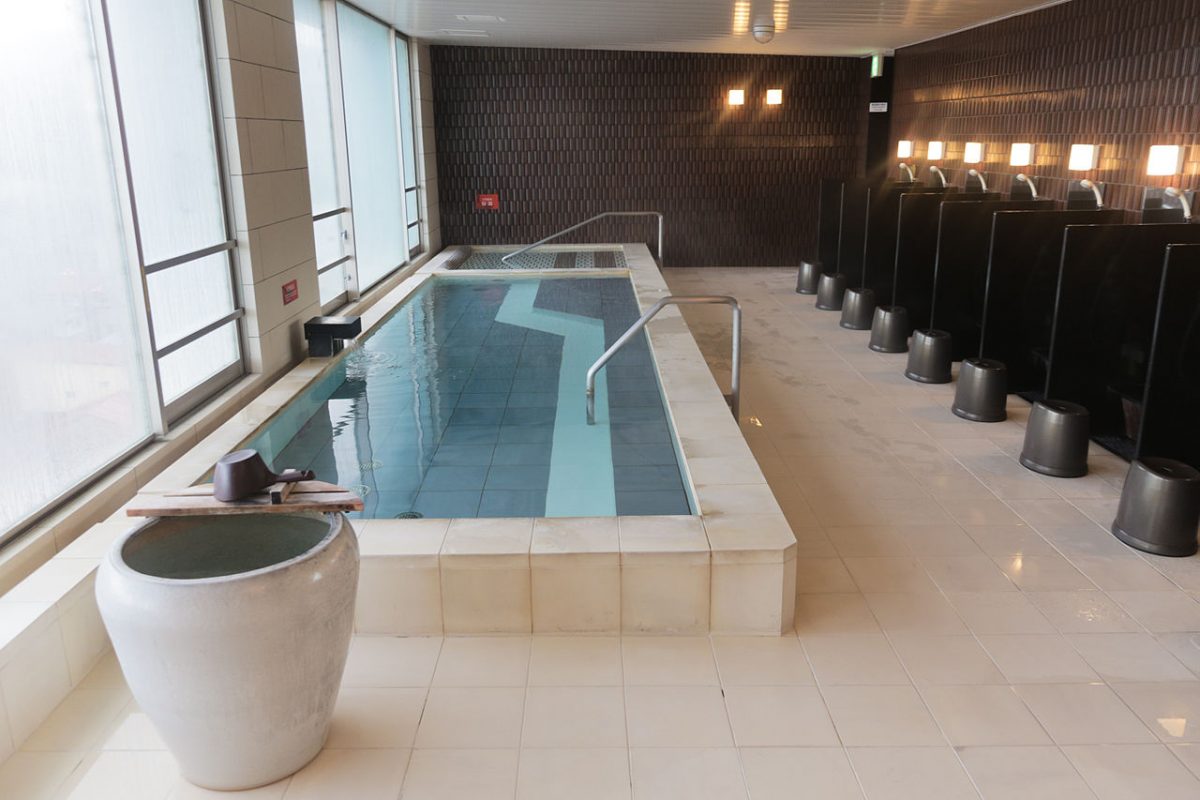 Photo by sanmai on Wikimedia Commons

Sit back and relax as you soak in the warm water. If you brought along your washing towel, put it on top of your head.

Before returning to the changing room, make sure that you are dry.

Remember to rehydrate yourself once you are done with the bath!

Bring along your own towel and toiletries. While some bath houses do provide them, some do not, although they are available for rent/purchase at the front desk.

Familiarise yourself with the characters for male (男) and female (女) beforehand prevents any embarrassment from entering the wrong bath.

You may also differentiate them by the colours on the noren (curtains) — red for female, blue for male.

Do not stay in the bath for too long as it might cause light-headedness.

Drink some water before you enter the baths to prevent dehydration.

Sento Is A Symbol of Community In Japan

Going to a sento and bathing together can be a social activity that helps to build relationships. It reflects kinship, family, and community which are core aspects of the Japanese culture.

Visiting either the normal sento or super-sento can be enjoyable in their own right, each boasting its own unique experience. So, mark it down on your itinerary — the next time you’re in Japan, don’t forget to visit a sento!