When you visit Vietnam, you’ll probably be surprised by how different it is. This country has cultures and traditions that are wholly unique, and this includes their traditional clothing. The áo dài isn’t as old as some forms of traditional clothing in the world. But it still has a rich history and tradition. And the power of that tradition is so strong that the Ao Dai is still worn today in Vietnam for the most important occasions.

What Is The Ao Dai? 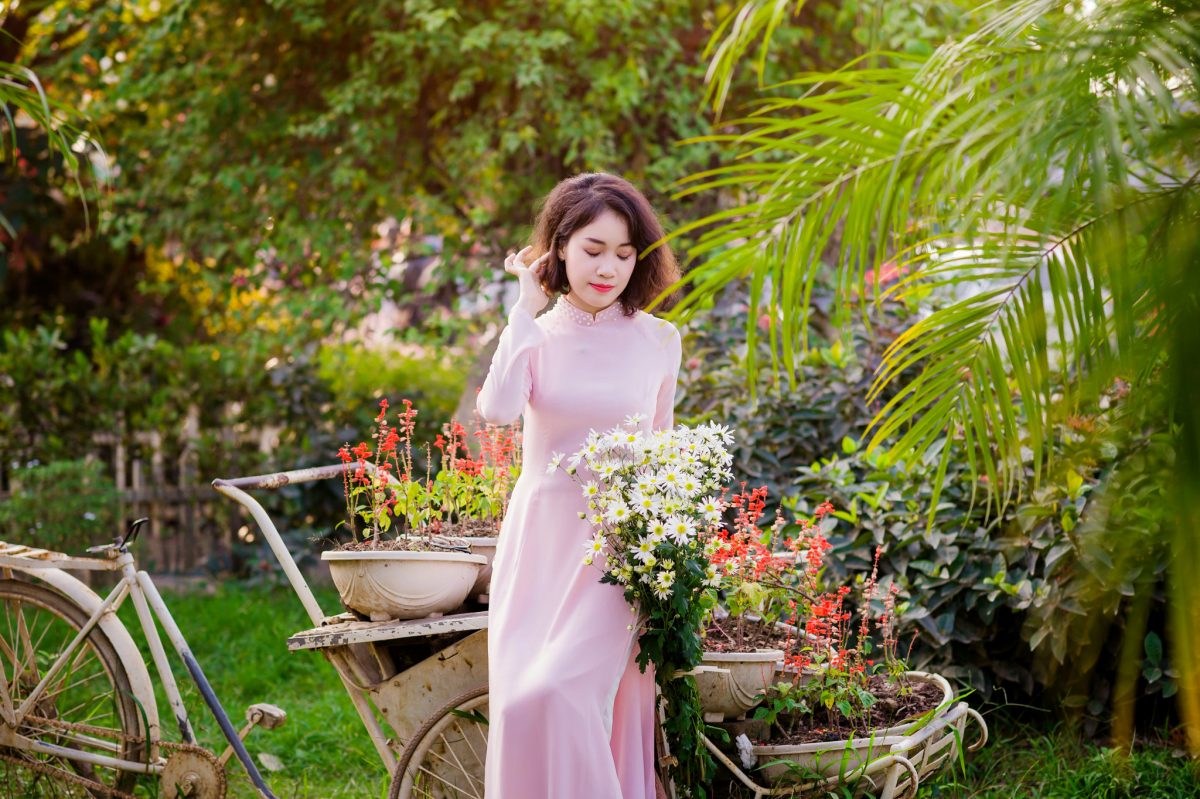 The ao dai is the Vietnamese traditional dress. It looks a little like the Cheongsam, a figure-hugging dress of Chinese origins. Originally worn by both sexes, the ao dai is now most commonly worn by women.

This outfit consists of a tight silk tunic that extends all the way to the floor. The tunic has two flaps, front and back, and the front is usually embroidered or patterned. It is fastened using a row of buttons that extend from the centre of the throat down. The sleeves are usually tight-fitting and can be longer than the wrist.

There is a lot of detail variation when it comes to this traditional dress. The collar can be high, heart-shaped, round, or U-neck. It comes in a variety of fabrics, patterns, colours, and styles. Basically, this dress is extremely adaptable to fashion, weather, and purpose.

On special occasions, Vietnamese men can wear their own version of the ao dai. This is called a áo gấm. It’s basically a brocade robe made of a thicker fabric than the material used for women’s outfits.

The History Of The Vietnamese Traditional Dress

The ao dai was first worn in Vietnam in 1744 and was actually introduced by a single man. Southern Lord Nguyen Phuc Khoat set a dress code for the land he ruled. He decreed that everyone wear front buttoned gown and trousers. This echoed the traditional outfit of the original inhabitants of the land, the Cham people. By adopting their clothes, the Lord hoped to win their support. This original form of the ao dai was worn by both men and women.

The ao dai has changed a lot over the years. Before it was introduced, the Vietnamese traditional dress was known as the Ao tu than. This had been worn in Vietnam for centuries. This was a panelled dress that was fairly similar to an ao dai. However, the ao dai had a higher collar and was tighter. 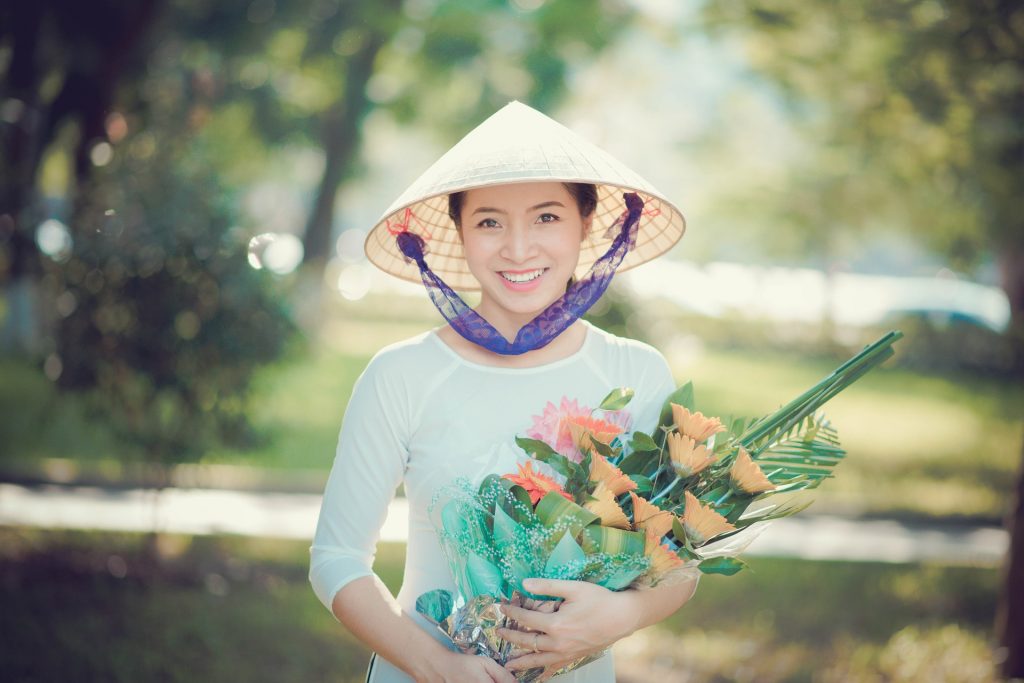 Today’s ao dai was granted international acclaim in the 1930s. Fashion designer Cat Tuong made a modified ao dai the centre of her collection. Her version of the ao dai had a longer top so that it reached the floor, used less material, and included slimmer flaps. However, the basic style of this Vietnamese traditional dress remained and caused a sensation.

This style caught on and was extremely popular in South Vietnam between 1960 and the early 1970s. In Vietnam, it’s thought of as the perfect outfit for women. The shape flatters the curves of a woman’s body without showing lots of skin. It both covers everything and reveals everything at the same time. That’s why it’s remained so popular and influential in Vietnamese culture, although it isn’t worn on an everyday basis.

The ao dai is mainly worn for special occasions such as weddings, holidays, or graduations. However, there are some schools and universities in Vietnam that have a white ao dai as a school uniform. Certain employers such as schools, airlines, banks, hotels, and restaurants also require their female staff wear the ao dai. 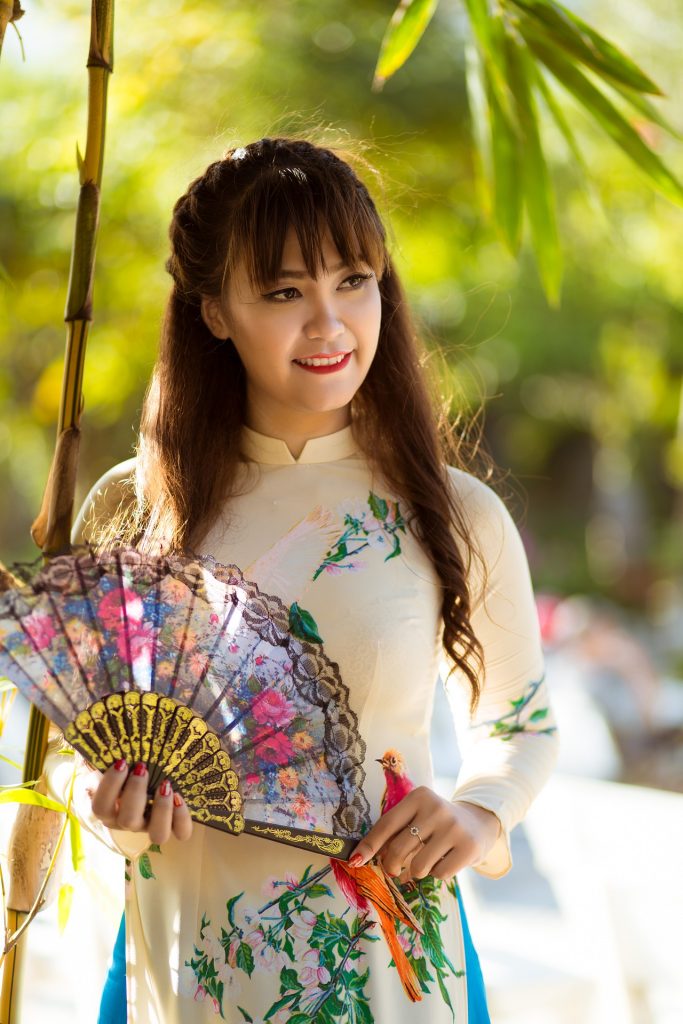 Today’s ao dais are infinitely adaptable. In fact, this is part of what makes this costume so popular. It is constantly adapted to meet the demands of modern life and to suit the extreme weather in Vietnam. This process of modernisation has led to the development of literally hundreds of designs. It can be made with lighter or heavier fabric, modified sleeves or collar, and with or without the trousers. Most women nowadays wear an ao dai with skirts underneath. Basically, whatever’s most comfortable, the Vietnamese traditional dress can adapt to.

Of course, there’s a lot of criticism about the changes. People worry that the changes are eroding the meaning and the tradition of the dress. But as long as it keeps adapting, it will remain relevant in the modern world. And that’s no bad thing.

How To Wear An Ao Dai 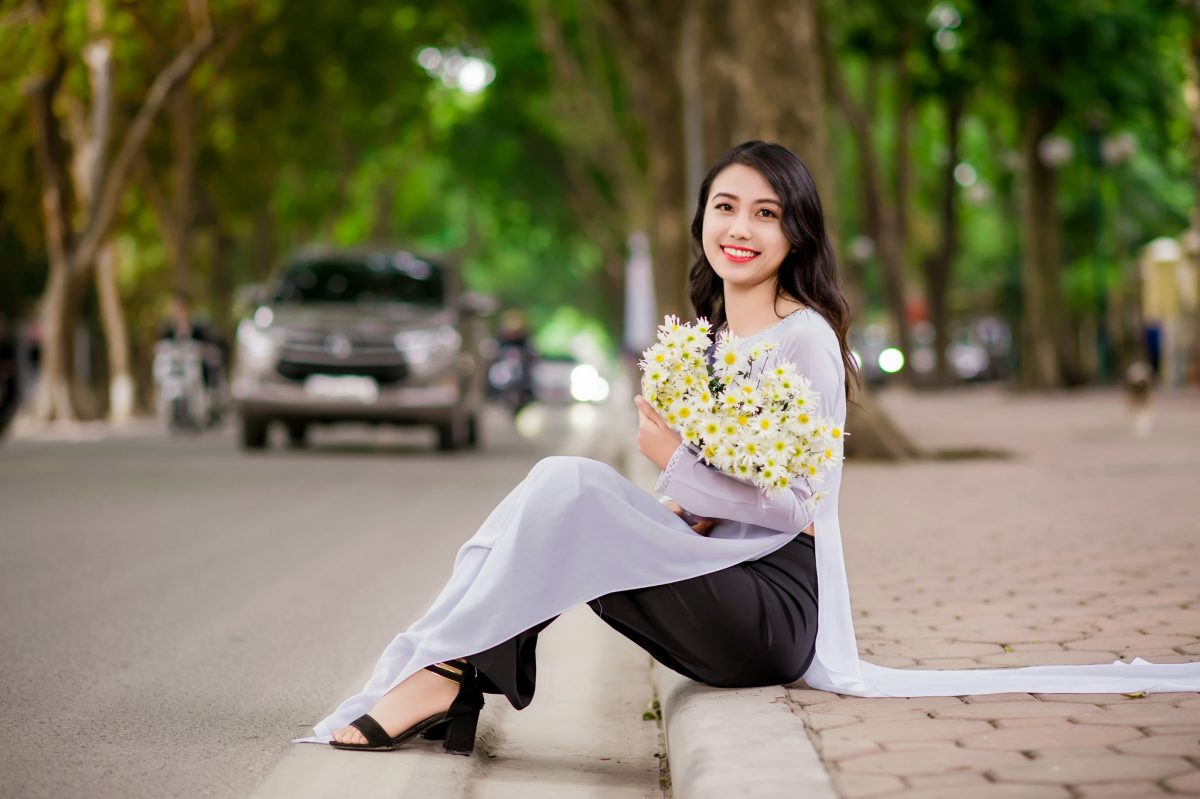 The ao dai is adaptable, which is why there aren’t as many rules for how they can be worn. They come in a wide variety of colours, patterns, lengths, and styles. So, if you want to try wearing a traditional dress while you’re in Vietnam, you’ll have a lot to choose from. That said, there are some general guidelines about certain colours including:

These aren’t hard and fast rules, and this applies to the style of the dress too. This outfit can vary from knee-length to ankle length. The collar can vary from boat-style to mandarin. In fact, the only hard rule is about the trousers. Short pants can’t be worn under an ao dai, the trousers must be long.

Getting An Ao Dai 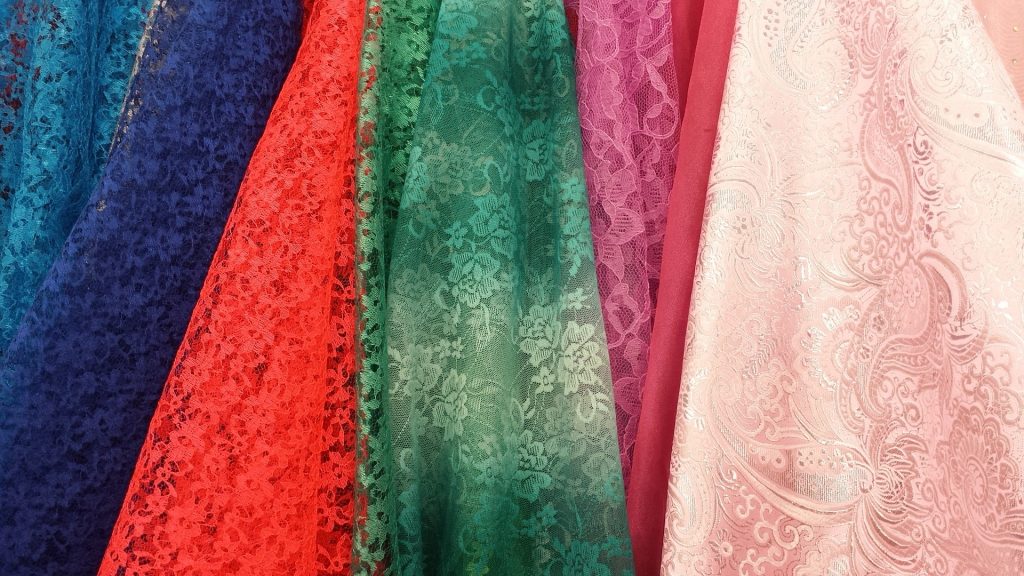 You can’t buy one of these outfits off a shelf. Each ao dai is made for the intended wearer, to ensure the best and most flattering fit. You’ll find tailors that specialise in these traditional outfits all over the major cities in Vietnam. And they aren’t cheap either. If you’re paying a low price, you’ll probably end up with a low-quality product.

When you visit a tailor, they can suggest fabrics, or you can choose your own and bring it to the store. And they’re usually fast workers too, and most of the time will finish your ao dai in a single day. If you want lots of details on your dress, such as embroidery or patterns, this may take longer.

When you’re travelling in Vietnam, you might get the chance to wear an ao dai. And once you do, you’ll start to understand why this costume has stood the test of time.