Japan has a culture that’s wholly unique. That’s part of what makes this country so fascinating and interesting to explore. One of the most visible symbols of these cultural differences is the not so humble kimono. This beautiful, graceful piece of clothing can be simple and elegant or an extravagant work of art. And if you want to understand Japan on a deeper level, you need to know about its place in the Japanese culture.

What is a Kimono? 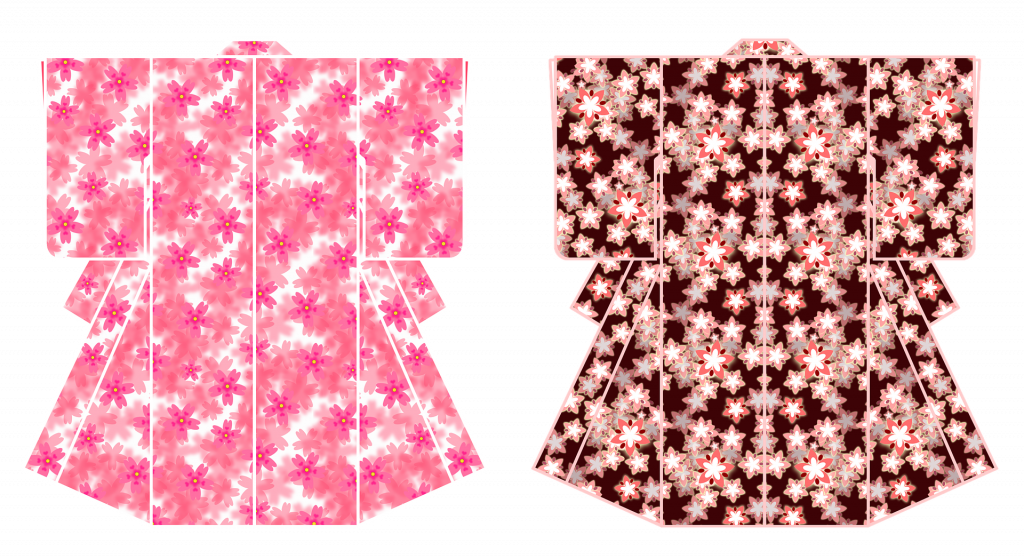 A kimono is traditional Japanese wear. They’re usually described as a Japanese robe with wide sleeves. When you open up a kimono, it will look like a ‘T’ shape made from 4 pieces of fabric. When you wear your kimono, you’ll fasten a belt around your waist to keep the kimono closed.

You can buy a traditional kimono in a variety of styles and these have specific meanings. The style needed for a specific event or person is determined by several factors. This includes marital status, gender, and the nature of the event itself. For example, an unmarried woman wears a furisode, a kimono with swinging sleeves, to formal events. This is part of what makes the kimono so interesting to foreigners, the fact that its use is so ritualised and symbolic.

The History of the Japanese Kimono 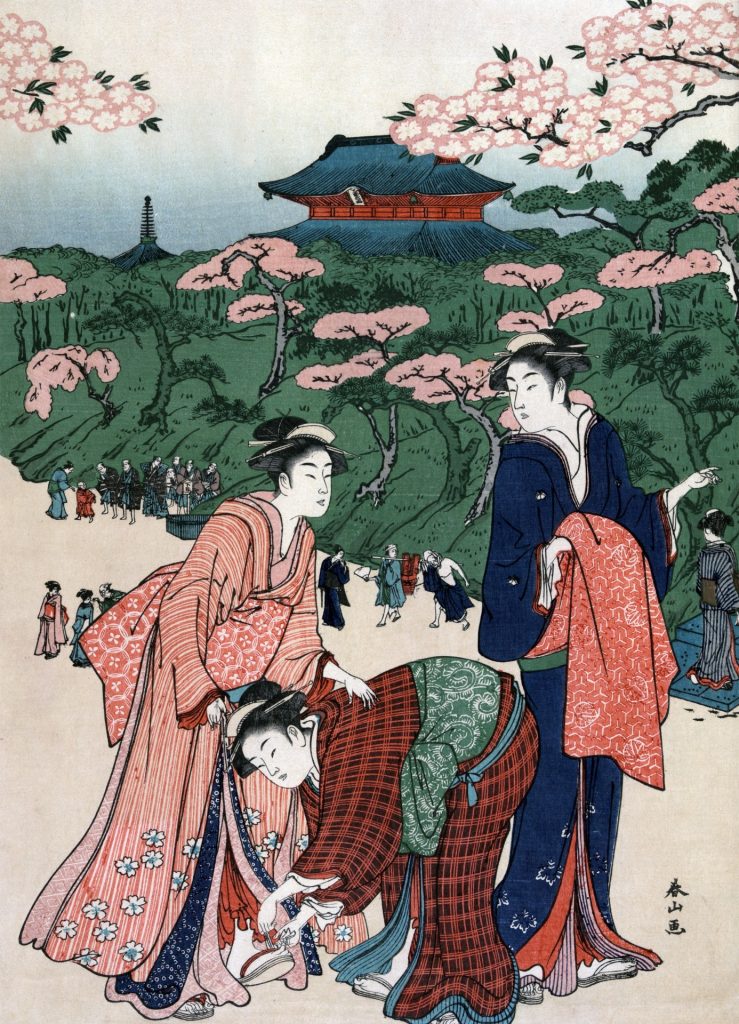 The kimono first appeared in Japan over a thousand years ago, during the Heian Period. People don’t usually wear them in everyday life in Japan today. But when there’s a special occasion like a wedding or ceremony, this outfit comes out of the closet.

You probably won’t see many traditional Japanese kimonos around today. When people started wearing the kimono, they wore a hakama or Chinese influenced skirt or loose trousers underneath. Once these went out of fashion, the obi or sash was added to hold the robe closed. Over the years, the humble kimono has changed a lot. It has become something beautiful and colourful that defines certain aspects of life in Japan. 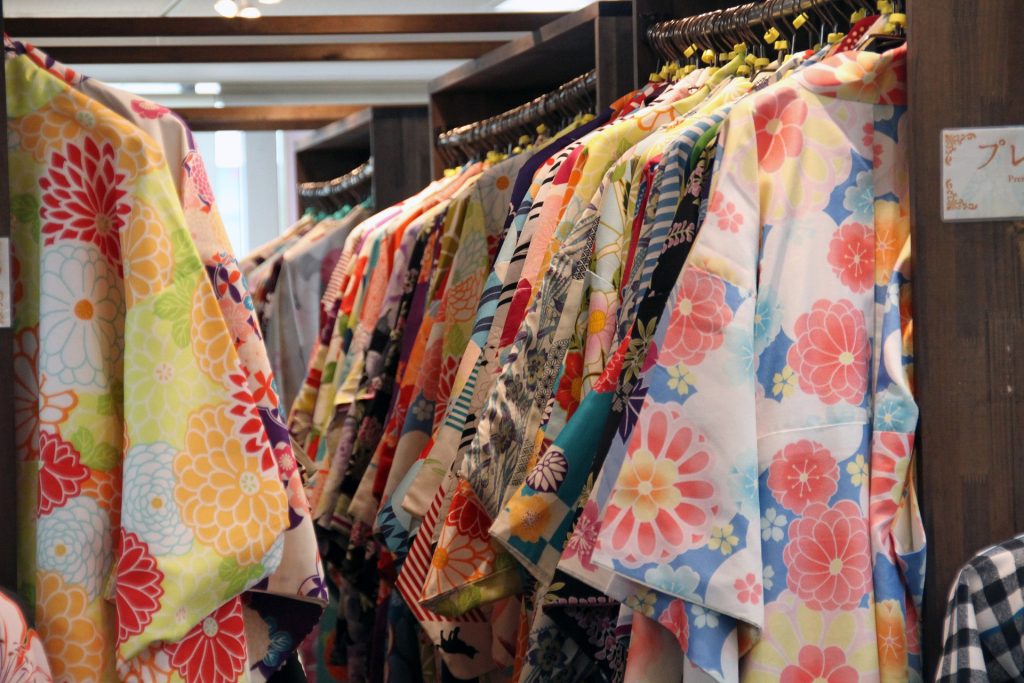 The traditional kimono became an everyday outfit between the years 1185 and 1333. And this is when the amazing patterns and colours you’ll see today were brought in. The colours of a kimono can be based on seasons, political or family ties, or gender. In fact, they’re heavily symbolic. Even the dyes themselves are said to embody the spirits of the plants they’re taken from or to bring medicinal properties to the cloth.

As a general rule for colours and patterns, men usually wear more subdued kimonos. But if you’re a woman, then you can wear anything you like. And a child can wear a kimono too.

A kimono is very versatile, mostly because of the fabric. In the summer, you can wear a yukata made of light cotton or linen. And in the winter, a heavy silk kimono will keep you warm. Over the years, making a kimono has become more than a fashion statement, it’s become an art form. Not too many years ago, a good kimono could cost more than a house. Because of this, many families have kimonos that they pass down through the generations.

How to Wear a Traditional Kimono

You may need some help getting dressed when you first put on a Japanese kimono. There are lots of layers and pieces and lots of rules about how to wear them. If you find that a traditional kimono is too difficult, there are several ‘cheats’ that you can try. For example, you can buy a pre-tied obi or an easy collar. These are much easier to put on and will still look amazing.

When you buy or rent a Japanese kimono, there will be several different pieces. These include:

An obi makura belt or sash

A juban or slip that you use underneath the kimono

How to Put Your Kimono On

1. Put the socks on first so you don’t have to lean down once you have the kimono on.

2. Put on the juban, which will be a white cotton top and skirt.

3. Put the kimono over the top, making sure the back seam is in the centre.

4. Wrap the right side over your body first and overlap it with the left.

5. Adjust the slip underneath so the collar shows evenly around the neck.

6. Pull up the bottom of the kimono so it ends at the ankle.

7. Cross the koshi kimo belt at the back and tie it in the front below the extra fabric at the waist.

8. Bring some of the excess fabric down to cover the belt.

9. Wrap the datejime belt over the koshi kimo belt so that the overlapping excess fabric is visible below.

10. Wrap the obi around your waist.

11. Tie both ends of the obi, folding them across the waist and tightening at the centre.

12. Slide the rest of the obi to your back and straighten it and you’re ready to go out. 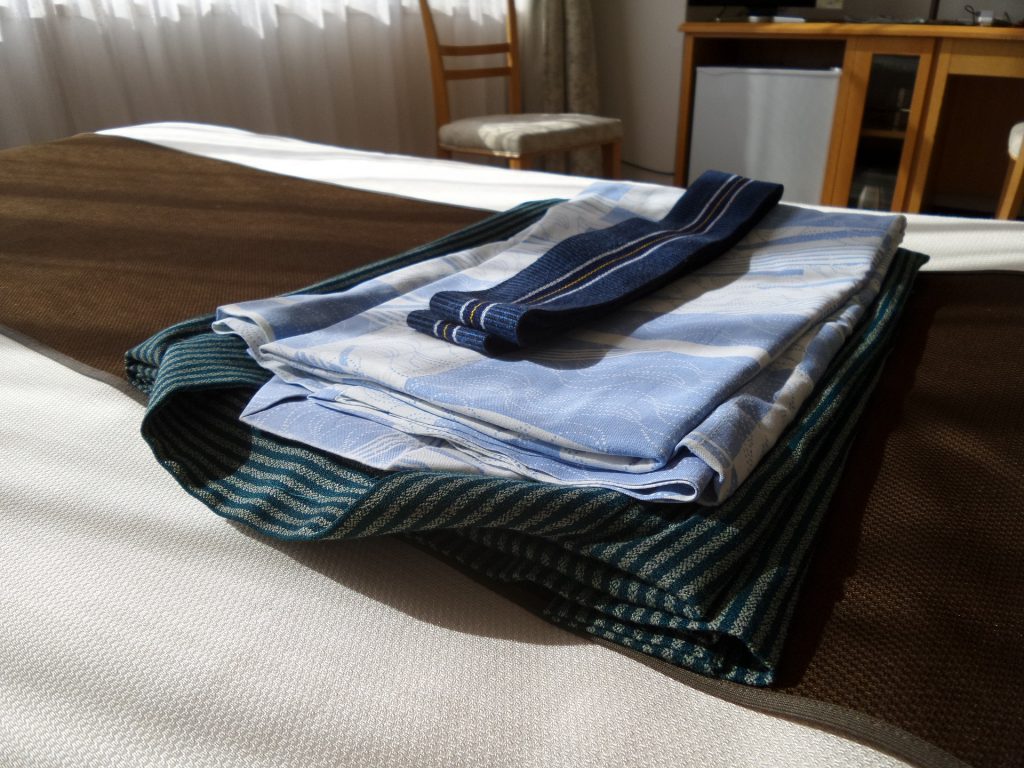 A yukata is a casual version of the kimono. It’s basically a thin robe. You wrap it around your body and tie it with a sash called an obi. If you stay in a traditional inn in Japan, called a ryokan, then you’ll probably be given a yukata to wear. It’s usually made of cotton or synthetic fabric and is worn after bathing in a communal bath. You wear it to cover your body after bathing and it also helps to absorb any water left on your skin.

The rules are a little different if you stay in an onsen town, a place known for its hot springs. In these towns, you may get to wear your yukata out on the streets with wooden clogs on your feet.

Recently, yukata have become more ornate and similar to a kimono. You can wear them for summer festivals or other special events in Japan. There are differences between yukata for men and those for women as well. Men’s yukatas usually have darker colours, whereas women can wear as many colours and patterns as they like.

The Magic of Traveling to Japan

Japan is a country filled with incredible cities like Tokyo, bright lights, unique traditions, and mystery. And exploring these aspects of the culture is a great way to have a deeper and more meaningful trip. One relatively easy way to access a tiny sliver of Japan’s culture is by exploring the history and tradition of the kimono. The Japanese kimono is far more than a fashion statement, it symbolises everything about Japan that makes it so fascinating.