Australia is both a country and a continent, which means its weather patterns and climates vary dramatically as you travel across the landscape. As a result, the best time to visit Australia depends on where you want to go and what you want to do. From the metropolitan east coast to the rugged west, there’s no lack of attractions for every type of traveler, and there’s no one time of year that beats all others.

Keep reading to learn the best time of year to plan your Australian vacation.

The Best Time To Visit Sydney 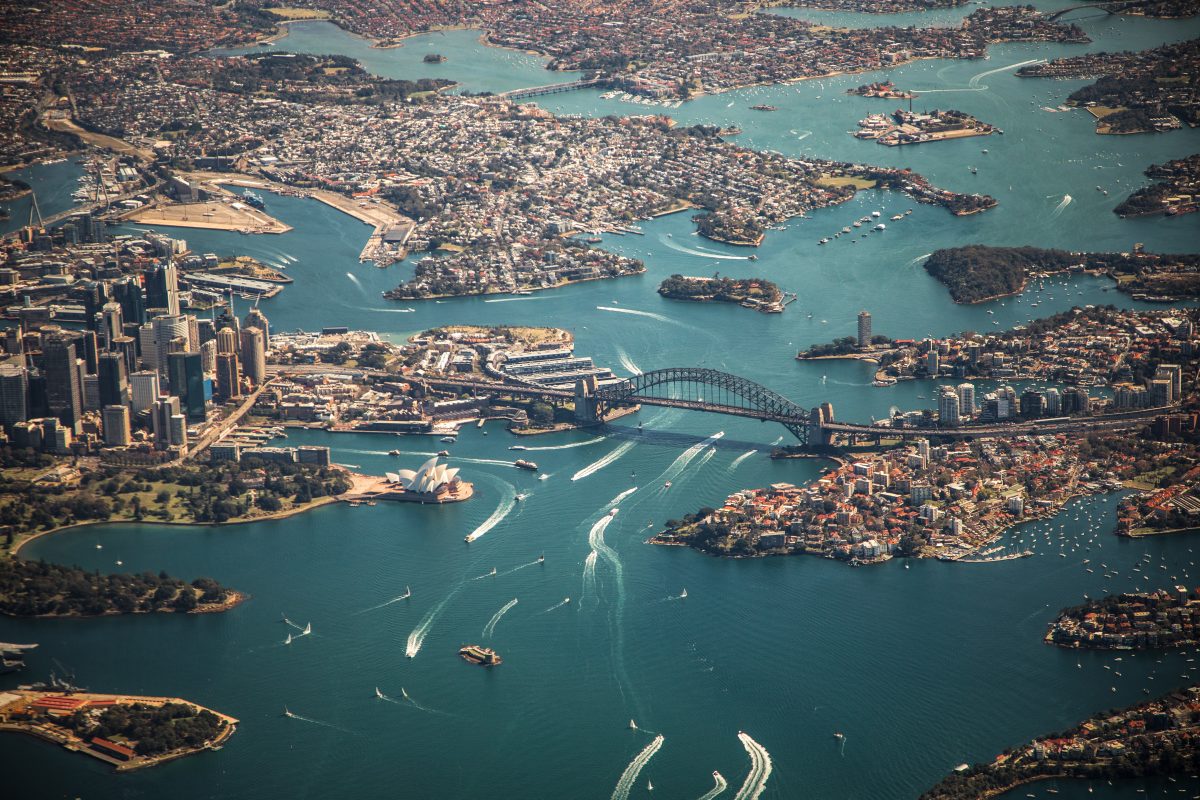 ©Photo by Jamie Davies on Unsplash

Sydney weather (and all seasons in Australia) runs opposite to the northern hemisphere seasons. Christmas falls smack in the middle of summer and June, July, and August are New South Wale’s coldest and rainiest months. The best time to visit Australia’s capital city Sydney is in its shoulder seasons – spring and autumn.

October and November offer spring-like weather and lack crowds because the kids are still in school awaiting release for the summer holidays. It’s also a festive period in the run-up to Christmas. Fairy lights on palm trees, anyone?

February and March also offer cooler autumnal temperatures with plenty of sunny weather. Again, the holidays are over, so everyone is back at work.

December and January are Sydney’s high seasons. Everyone is out enjoying the summer and the season, and workers get extended Christmas holidays. The combination of summer and the Christmas season also means that Sydney becomes a costly place to be. Plus, Sydney overtook both New York and London in terms of living costs, which means you’ll struggle for ways to pinch pennies to make up for the soaring hotel prices.

Of course, you can visit Sydney year-round. It’s a cosmopolitan place with plenty of things to do and all the infrastructure needed to cater to both locals and tourists. For the best deals combined with the best weather, October, November, February, and March are the best months to visit Sydney.

The Best Time To Snorkel In The Great Barrier Reef 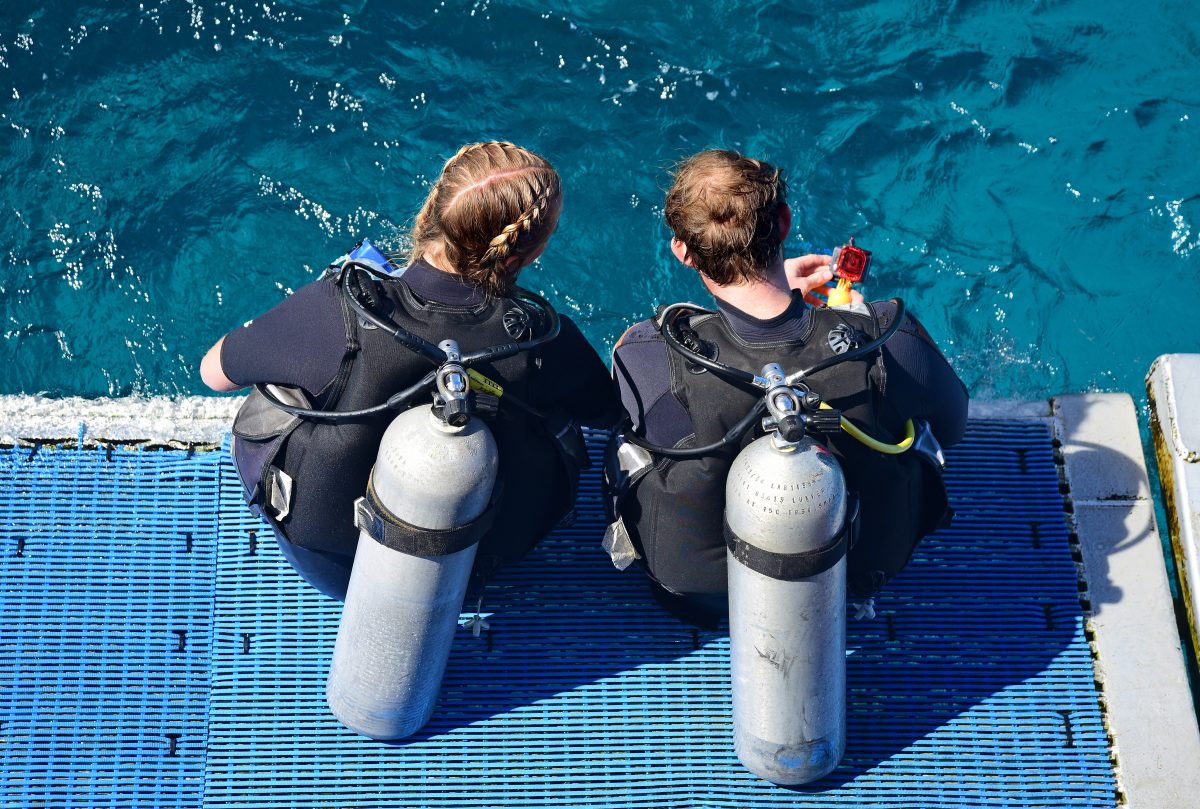 ©Photo by Laya Clode on Unsplash

The area has two seasons:

October- April is the wet season and May to September is the dry season.

The wet season is Australian summer, which means the rain is accompanied by temperatures of 30 to 40 degrees Celsius and abundantly warm water temperatures. Getting a tour during this period is easy, but you need to be flexible. Frequent storms lead to canceled trips, and you might end up being diverted to a calmer, less scenic part of the reef.

Plus, box jellyfish season peaks between October to April. These invertebrates rule the roost because their venom is one of the deadliest in the world. (An antidote was found in 2019, but one jellyfish can kill more than sixty people).

The dry season is Australian winter, but it’s the best time to snorkel the Great Barrier Reef. The water is more transparent, the crowds are fewer,  and the water temperature is still around 24-degrees. June to October is the best time to hit the water. Your boat trip is also more exciting because July to Septemeber also happens to be humpback whale migration season.

If you are willing to sacrifice some visibility for privacy, go for April or May instead.

The Best Time To Visit Melbourne 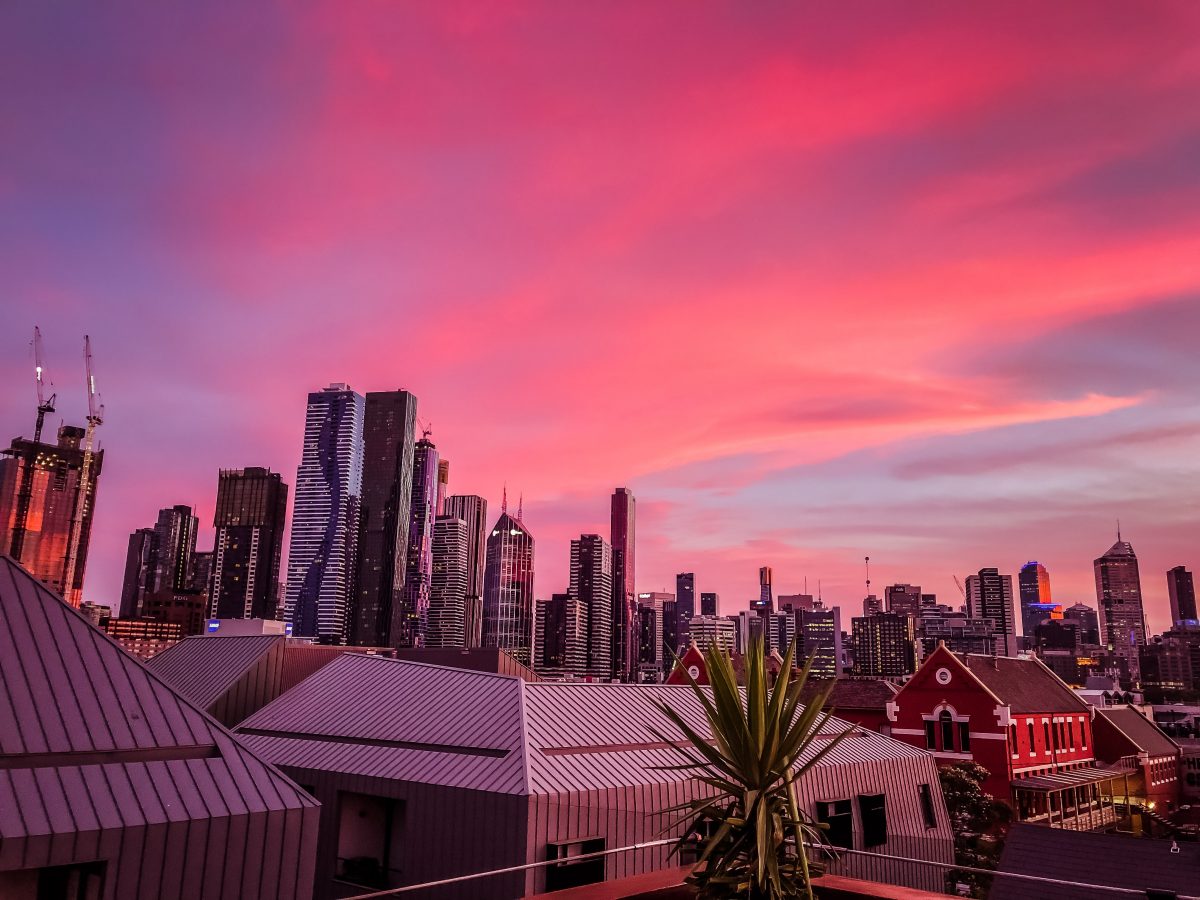 ©Photo by Krista Purmale on Unsplash

Melbourne has a moderate climate that’s at its most pleasant during the March-May and September-November shoulder seasons. It has to be said that springtime in Melbourne packs the biggest punch.

The September-November period boasts the Melbourne Fringe (September), the Tesselaar Tulip Festival (September-October), and the Melbourne Festival (October). September is also the start of the Victoria surfing season, which offers world-class waves facing ancient cliffs and overgrown hills. It’s also the period where both wildflowers and cherry blossoms come into bloom.

By the time November rolls around, beach season is in full swing, and the crowds are back for both the sand and Melbourne’s cricket scene. Melbourne isn’t as sunny as New South Wales or Queensland, but events like the Australian Open and the Laneway Festival make up for the little bit of rain.

The Best Time To Visit The Outback 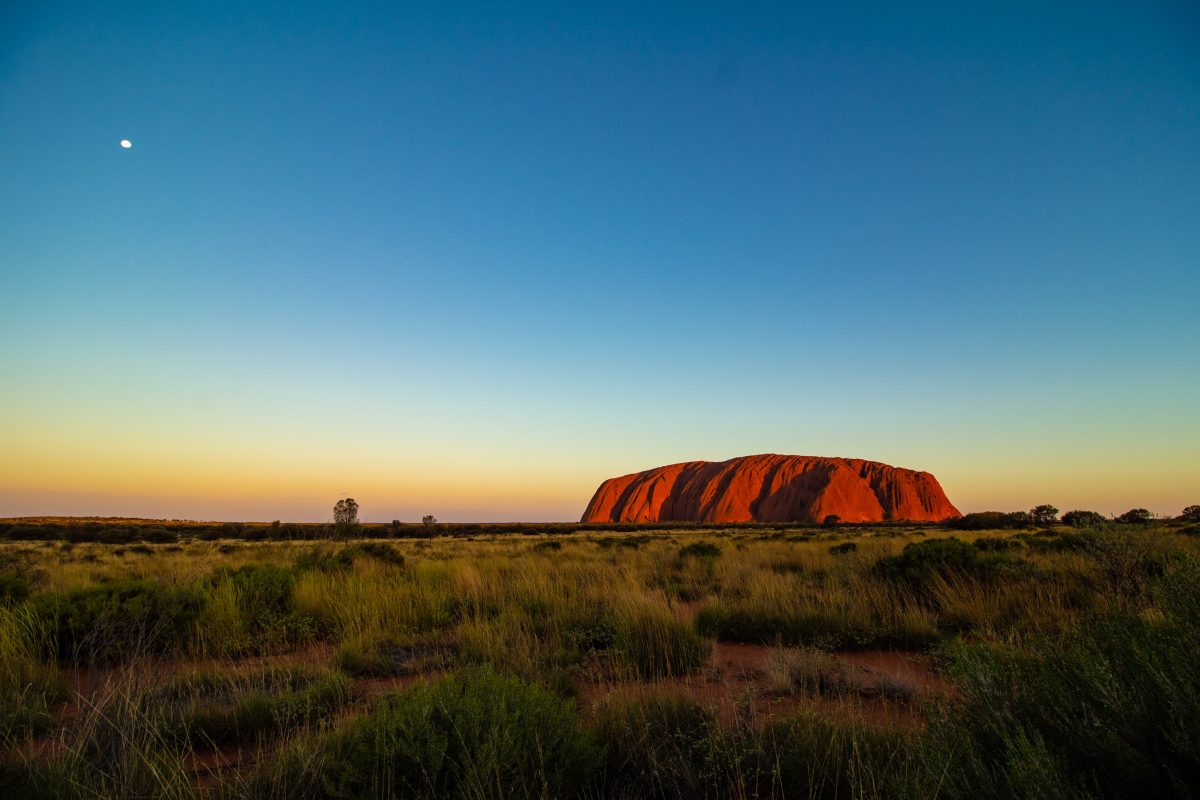 ©Photo by Ondrej Machart on Unsplash

We like to refer to the Outback as one place, but this vast region spans several climate zones.  So, the best time to visit the Outback depends on where you want to go and what you want to do while you’re there.

The northern Australian Outback is a wet/dry tropical climate. It’s a far cry from the arid, desert climate many people imagine. At the heart of the Outback around Alce Springs, you’ll find a hot, dry summer with a cool winter.

If you aim to visit Uluru, then winter is your best bet for the best road trip weather. Although you skip the stifling heat of the summer, you do need to prepare yourself for the nighttime temperatures. After nightfall, the thermometer can approach freezing (or even below), thanks to low humidity and exposure to the elements. Being underprepared with an emergency kit, food supplies, and water is dangerous at any time of the year.

However, the weather isn’t the only consideration if you journey to the center of the continent. If the region gets enough rain during the autumn, then the desert comes alive with plants and animals during the winter. Wildflowers come into bloom and add contrast to the deep reds and dust of the Outback.

Then, there are other tourists. Although crowds aren’t a problem in the traditional sense, resources are minimal here. Visit during the school holidays, and you risk missing out on both accommodation and tours.

The Best Time To Visit The Australian Wine Country 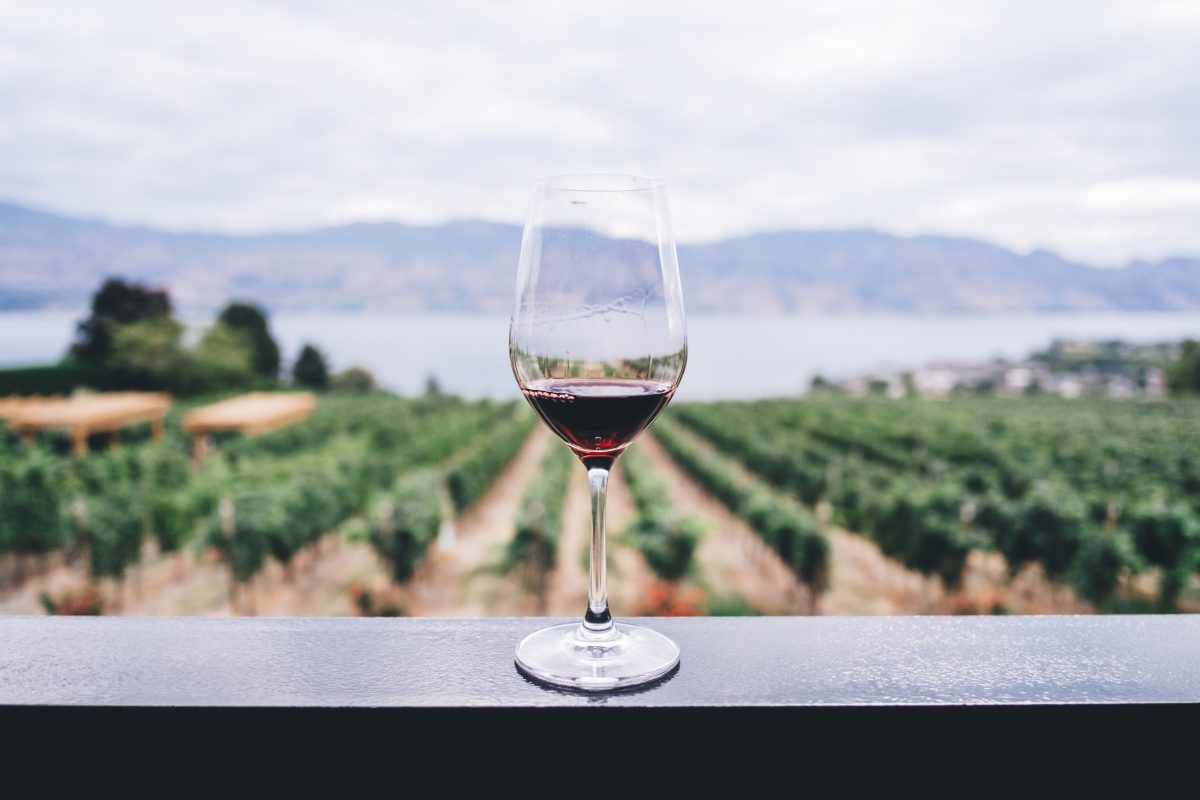 ©Photo by Kym Ellis on Unsplash

Winter is wine season in Australia and it’s the best time to visit places like the Barossa Valley, Swan Valley, and McLaren Vale.

Wait – your Australian friends say that everything is quiet during the winter. Why go then? Australia winemakers themselves say that winter is their favorite time of year. The crowds of summer are long gone, and they have a chance to hang up their aprons and enjoy a glass or two of their hard work.

Many events also happen across Australia’s wine regions during the winter. There are winemaker dinners, food festivals, and there’s always fire burning in the wine cellars.

While many vintners embrace the cold season and take the time to slow down, be sure to phone ahead before getting in the car. Double-check opening times and events before you leave. But when you get there, you’ll meet artisans who are ready to take a breath, pour a glass, and tell you the real story behind their life’s work.

The Best Time To Surf In Australia 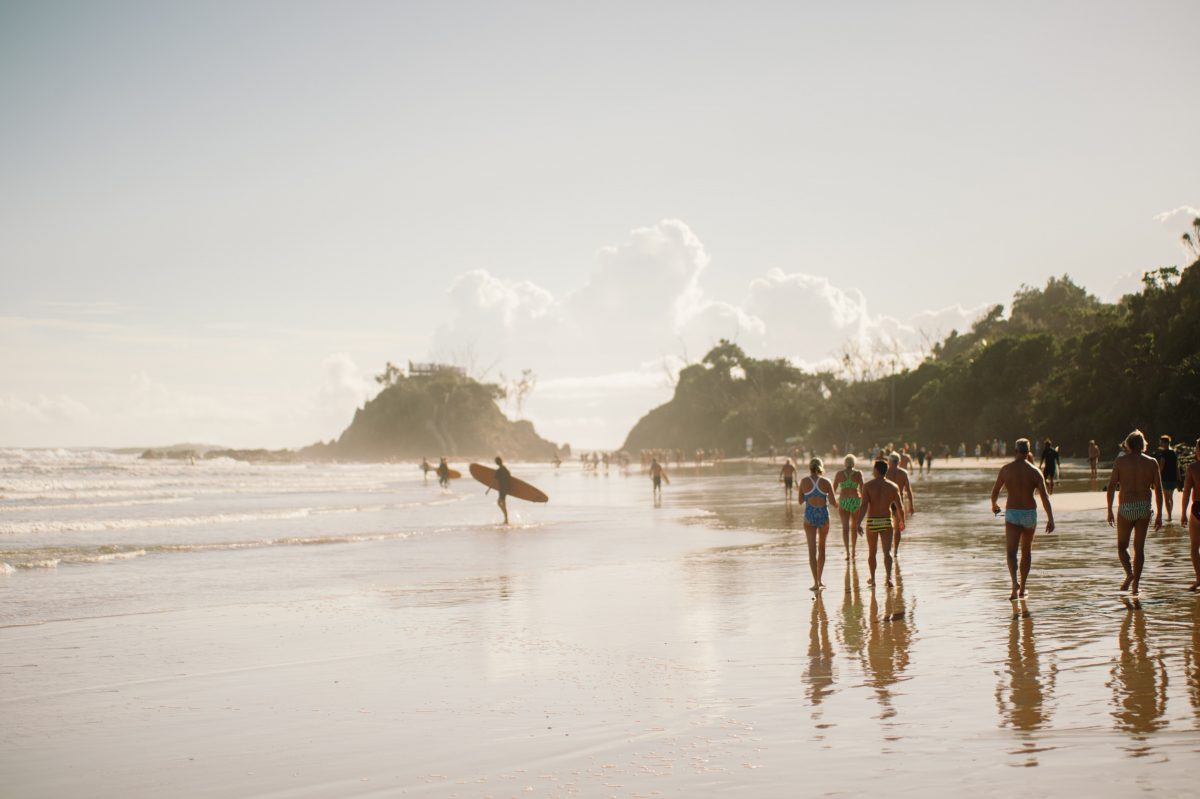 ©Photo by Delphine Ducaruge on Unsplash

You can surf Oz’s east, north, south, and west coasts at pretty much any time of the year. So what’s the best time to visit Byron Bay or Bondi?

New South Wales is a surfing mecca throughout the year, but it peaks during May and August, which is the winter season. Don’t worry, water temperatures sick between 19 and 25 degrees Celsius all year, so you won’t ever freeze.

Head north to Queensland and the Gold Coast, and you will find that the best conditions are actually in summer during the storm season (and cyclone season). December to mid-April are the best months to surf Queensland.

Fly south to Melbourne and Victoria, and you’ll find the swells pick up between April and October (winter). The Southern Ocean is the closest you get to cold water surfing in Australia, and it’s the only place you consistently need a wetsuit. Water temperatures in the south drop to 13 degrees Celsius.

Thrill-seekers should leave the comforts and the crowds of the east coast behind for the West. Western Australia has over 100 surf spots and the biggest waves on the continent. You even get them all year (with most consistent waves happening in the winter).

Big waves are the only cause for thrills. Western Australia’s coastline is the perfect habitat for Great White sharks, so plan accordingly.

The Best Time To Visit Cairns And The Tropics 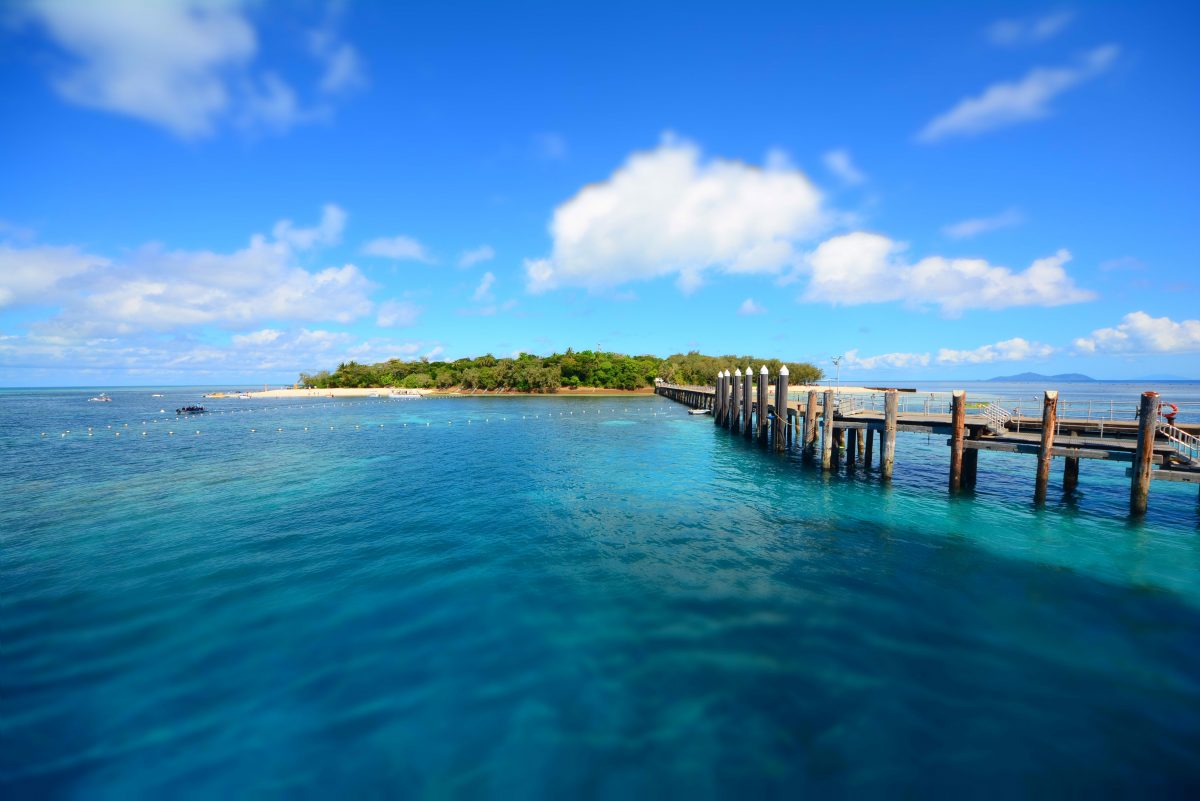 ©Photo by Jodi Nelson on Unsplash

Cairns, Australia is located in the far north, and it’s the capital of the tropical region. To say the weather is different from South or Western Australia weather is an understatement.

The best time to visit Australia’s tropical north is between April and September. Although it’s winter, it’s still plenty warm thanks to the latitude. You also miss out on the high humidity that plagues the summer weather in Cairns. And don’t forget about the Christmas and summer crowds as families bring their children up for school holidays in the Daintree Rainforest.

Even though it’s winter, you will have plenty of great beach weather. The air temperature during the winter is at the lower end of the 25-31 degree Celsius year-round range, which is warm enough for those of us not from hot localities. The winter is also the dry season, which means you will have more luck with the boat charters. Plus, the watersports and excursions tend to be available year-round, so you don’t need to worry about entertainment drying up due to a lack of numbers.

Other reasons to visit during the Australian winter (June-August) include mammal migration patterns. The Dwarf Minke whales enjoy the waters in North Queensland during this time of the year (June-July), and you can spot them without getting in the water. In July, the humpback whales arrive and make themselves known to day-cruisers through their majestic breaches.

In August, happenings on land begin to pick up as spring draws nearer and festival organizers make the most of the mild, sunny days.

Plan Ahead For A Memorable Australian Vacation

Now that you know the best times to visit Australia depending on the activities you want to do, this best time to visit Australia guide can definitely help you plan ahead so you can make sure you maximize your Australian vacation. If you’re a beach lover, don’t forget to make space for the beautiful Australian beaches you have to check out, too!