Traveling can be fun and inspiring but it’s so much more than these two things. People have often used the travel word “Wanderlust” to describe their urge for travel. However, this isn’t the only feeling associated with traveling. Sometimes, feelings we just can’t describe overwhelm us when it comes to travel. You might want to do a blog or vlog and don’t have the right words to describe travel experience more accurately.

Perhaps you’re just curious and want to learn new travel-related words. Either way, here are 20 fascinating and creative travel words that will help you articulate your experiences.

Everybody’s felt anxious before traveling at least once. You’re packing your bags and you get this overwhelming feeling before your trip: a mixture of excitement and nervousness comes over you. Well, Resfeber is the perfect word to describe this feeling. This Swedish word a universal experience for those who travel.

This is is a German word which means to ache to leave and travel somewhere far. It’s a stronger feeling than wanderlust. It literally means “distance sickness,” which is like homesickness but for foreign places.

Sehnsucht is another German word that is used commonly by travelers. It means to long and yearns for travel, whether it’s in the past or in the future. It’s the feeling you get when you want to travel and relive your previous travels with fresh eyes. 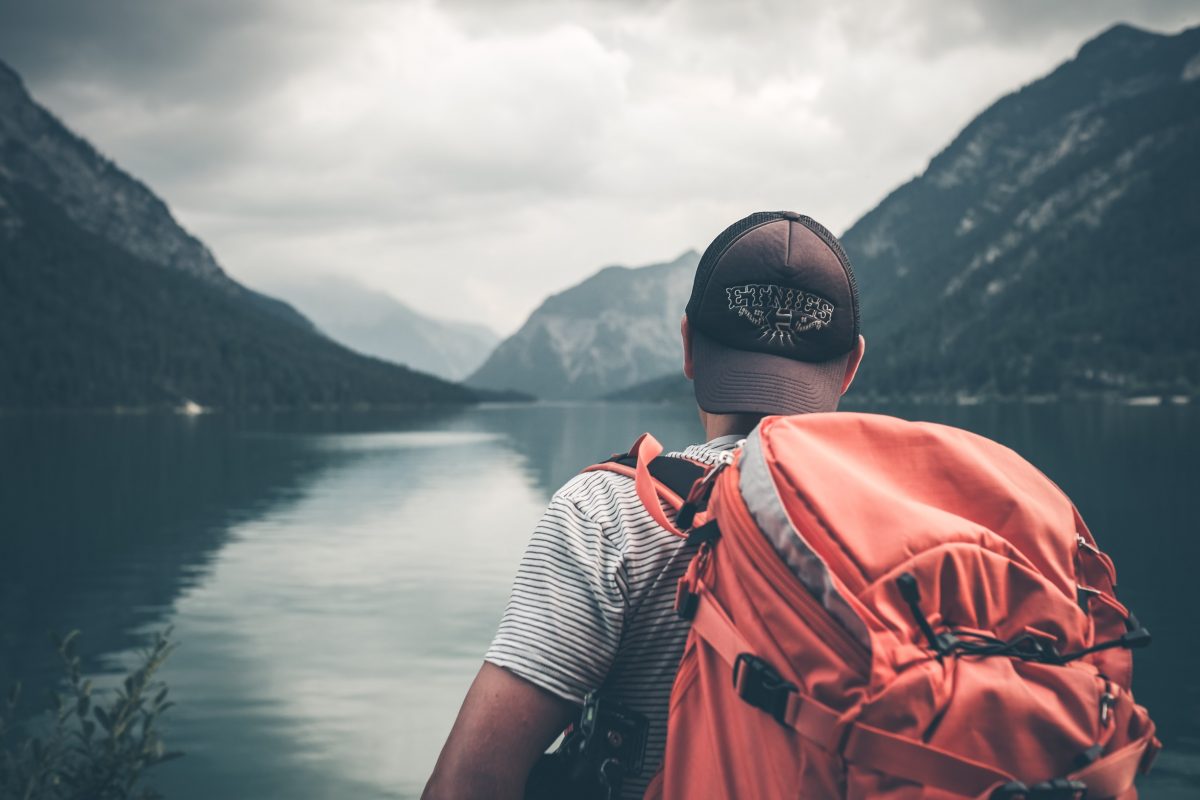 ©Photo by Philipp Kämmerer from Unsplash

Not everyone wants to travel with a large group of people. Some people just want to take it all in by themselves for a sweet escape. Solivagant is one of those travel words used to express that desire. It means a solo wanderer who seeks to travel alone to new places for peace. It has its origins in Latin from the word “solivagus,” which means lonely or solitary.

Sometimes, we feel so tied down to our daily lives that we want to be free. And to say that you “long for freedom” is an understatement at this point. Eleutheromania is a Greek word that describes the irresistible burning and yearning for freedom. It’s an insatiable desire and even obsession for freedom. While it’s a part of our list of travel words, even non-travelers can relate to this feeling.

This is a list of travel words, but it’s not limited to words that can be used solely for travel. In our everyday lives, it’s easy to get self-absorbed in our own experiences and problems. Sonder is that realization that someone else, especially a random passerby, is living a life that’s entirely their own—just as vivid, just as complicated, and just as important. Use it next time you have that realization while you’re out traveling.

No, it’s not a drug, but it might as well be. Its origins are from the French phrase “pais de cocaigne,” which means “the land of plenty.” Cockaigne is one of those words describing a made-up, idle land full of luxury.

Every foreign destination feels like Cockaigne before you actually travel there and see things with your own eyes. 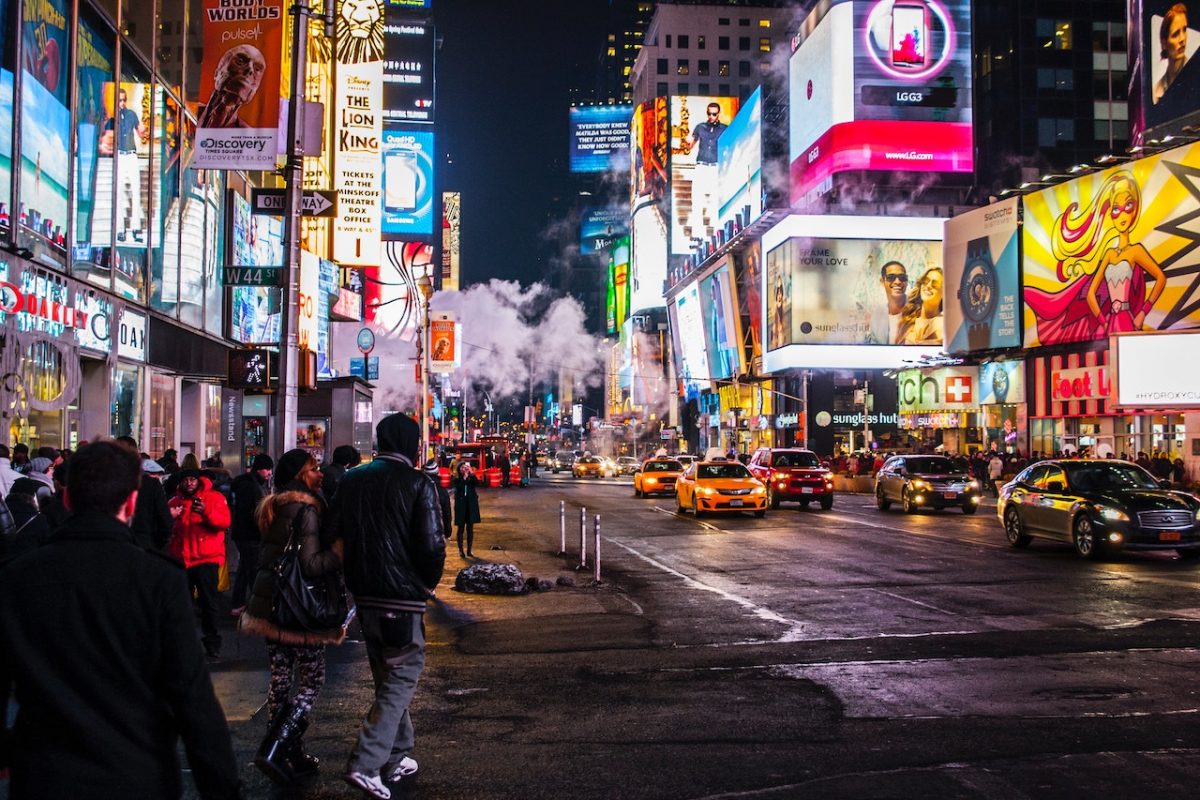 ©Photo by Nicoli Berntsen on Unsplash

If you’re well-traveled and have visited many destinations with many tourist attractions, you might have felt quaquaversal. With its origins in Latin, it means that everything is happening and moving all at the same time in every direction. It’s the best way to describe the urge to experience everything all in one go.

Hygge is a Danish word used to describe that relaxing feeling with friends. It’s that cozy feeling you get when you’re relaxing at a pub or restaurant, having a good meal or drink with friends. Of course, it’s not just reserved for travel words, but it’s especially heightened when you’re doing this while traveling.

Ecophobia is what its name suggests — a phobia. You might wonder why a phobia is on a list of words about travel, but it actually fits. Like fernweh, it’s an English term used to describe your fear of or distaste for your own home. Of course, not that you really hate where you live. It’s when you don’t want to be home and can’t stop thinking about a different place.

Numinous has its origins in Latin, but it’s still used in the English language. Nowadays it’s not a commonly used term, and it’s not reserved for travel. It’s another word for awesome, actually. When you feel overwhelming awe because of what is before you, it’s numinous. Fear and wonder, inspiration and awe, a sense of something divine. A combination of awe mixed with fear — it makes sense since it originally had a spiritual or religious nature. 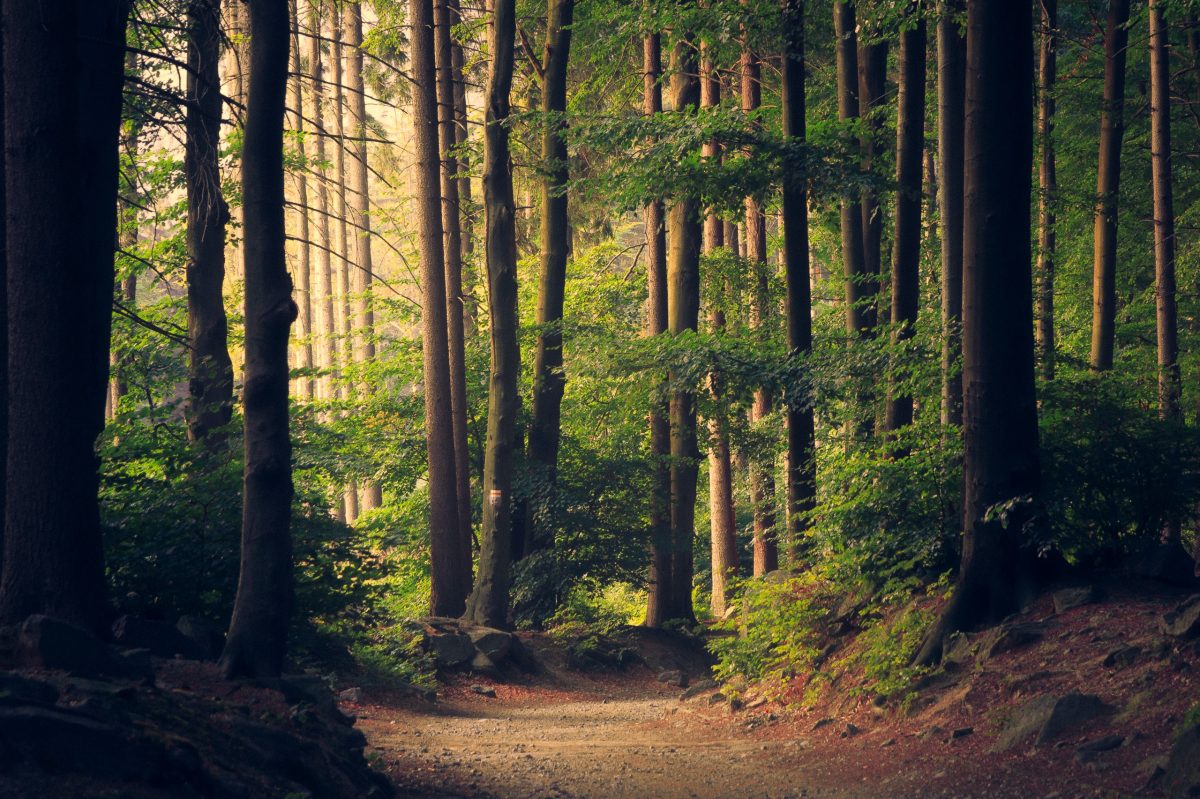 ©Photo by Lukasz Szmigiel from Unsplash

Waldeinsamkeit is a German word for that feeling of being isolated and alone in the forest. If you traverse the woods frequently, you might have felt this way once or twice before.

Onism (n.) — Realization of Very Little Exposure To The World

Let that sink in. Did you feel it? When you are finally aware of how little of the world you’ll be able to experience, that awareness is onism.

In German, “Swhelle” means threshold and “angst” means anxiety. Schwellenangst is one of the travel words for what you feel at the brink of a threshold. It’s the feeling of anxiety and fear when you are at the point of beginning a new experience. Something wells up inside you when you begin a new travel adventure — that’s schwellenangst.

YOLO is one of those words that emerged in modern times to express the feeling of wanting to live life to the fullest — even if it comes with risks. In the past, there was actually a similar word to express part of that feeling. Strikhedonia is a Greek word that describes the excitement throwing everything in the air. Basically, the euphoric experience of saying “to hell with it all.”

Sometimes, when we book trips that aren’t always reasonable — financially or otherwise — we still have an urge to just do it. Strikhedonia is the travel-related word that perfectly expresses the feeling. 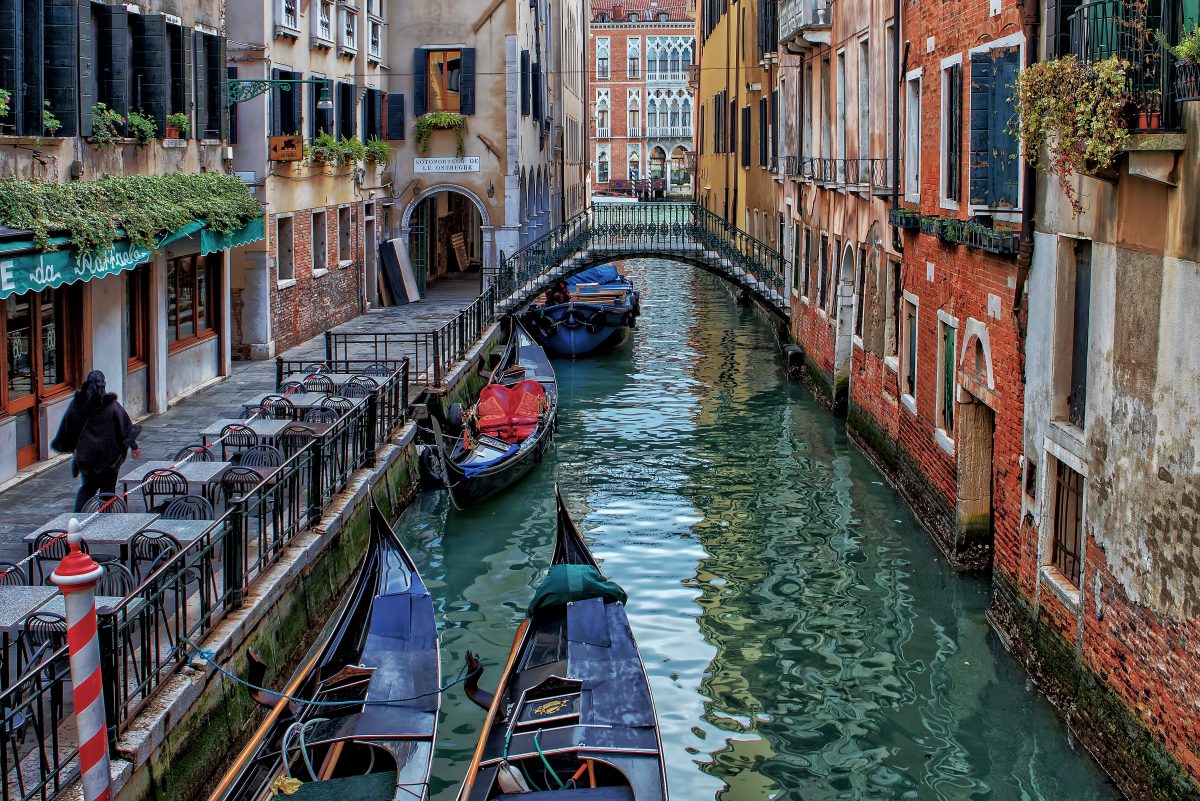 When you’re wandering in an unfamiliar land, you sometimes discover something beautiful purely by chance. That something which is lovely and yet only coincidentally stumbled upon is Trouvaille.

Vagary (v.) — A Journey of Roaming

Having its origins in Latin, Vagary is one of the travel words to describe a journey of roaming. “Vagārī” is the Latin word that translates to, “to roam” (which might as well be another word for travel). Vagary is somewhat close to strikhedonia but not the same. It’s like this: even when you don’t know the destination, you have an unpredictable desire, action, or approach to traveling. You’re not caring about the destination, you just have an impulsive desire to roam and travel.

Livsnjutare is Swedish for the “enjoyer of life.” This word describes someone who loves life and lives to the full — even to the extreme. While closely related to some of the other travel words on this list, it’s a unique word describing an experience all on its own. 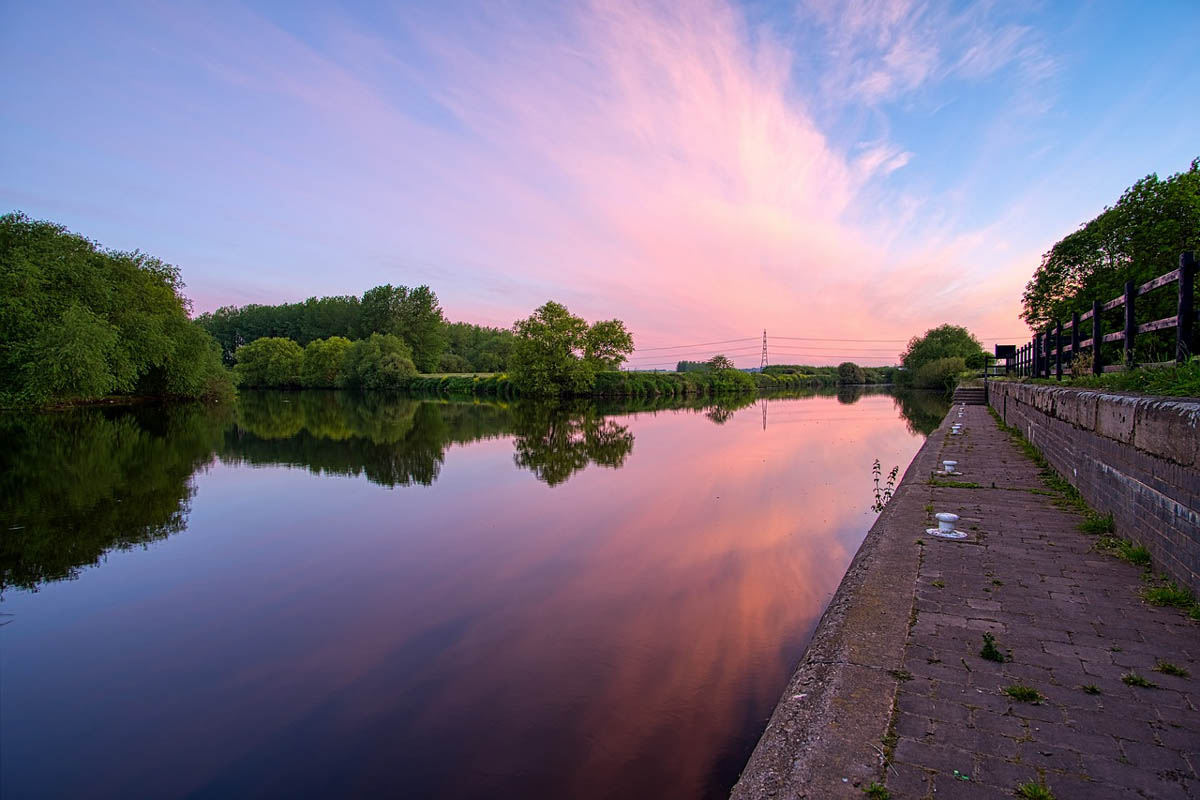 ©Photo by TimHill on Pixabay

No, it isn’t English. It’s actually a French word that literally translates as “drift.” When you travel to a new place, sometimes, you allow yourself to go with the flow. The architecture, the landscape, and the roads guide you to your next destination — spontaneous exploration. Like drifting in the tides, dérive is when you leave your plans and just allow the lay of the land to guide you to go where it takes you.

The feeling of traveling for the first time can be so addictive you want to relive it. The first time is always vivid, exciting, and fresh. Yu Yi is a Chinese word that describes the longing to feel things the way you did when you were young. Back when you had no expectations and no memory of something.

Finding The Words To Say

If you have a constant itch for traveling and it seems like the travel bug won’t go away anytime soon, express your yearning to wander with these travel words. Apart from these, there are other lesser-known traveling words you can use as well. And if you’re already planning to jet set to another country, make sure you have the right travel gear and accessories with you, like an underwater camera, purse organizer, weekender bag, anti-theft backpack, laptop backpacks, and packing cubes. 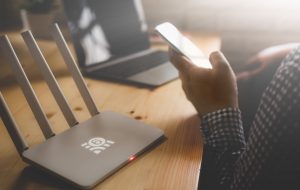 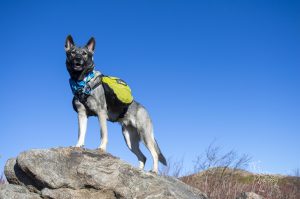 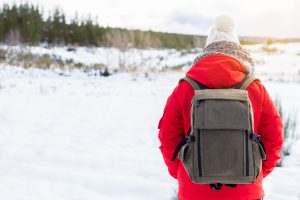 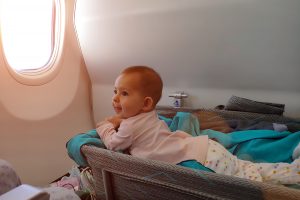 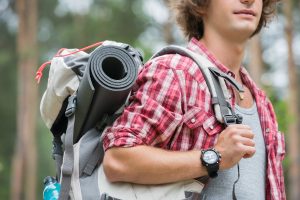 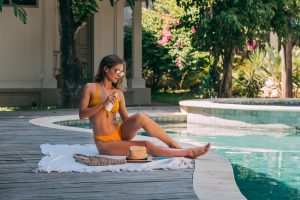 15 Best Tanning Oils To Get That Fast Bronzy Glow