Aside from its awe-inspiring World Heritage Sites and diverse cuisine, India is famous for its rich biodiversity. Filled with hundreds of wildlife sanctuaries and national parks in India, the country is a haven for wildlife lovers. Additionally, according to the India State of Forest Report (ISFR) report in 2019, trees and forests make up 24.56% of the country. Given this number, one can just imagine the sheer amount of animals and plants thriving in India. If you’re looking for a change of scenery, head to the wildlife sanctuaries in India for some quality time with nature

What Are Wildlife Sanctuaries? 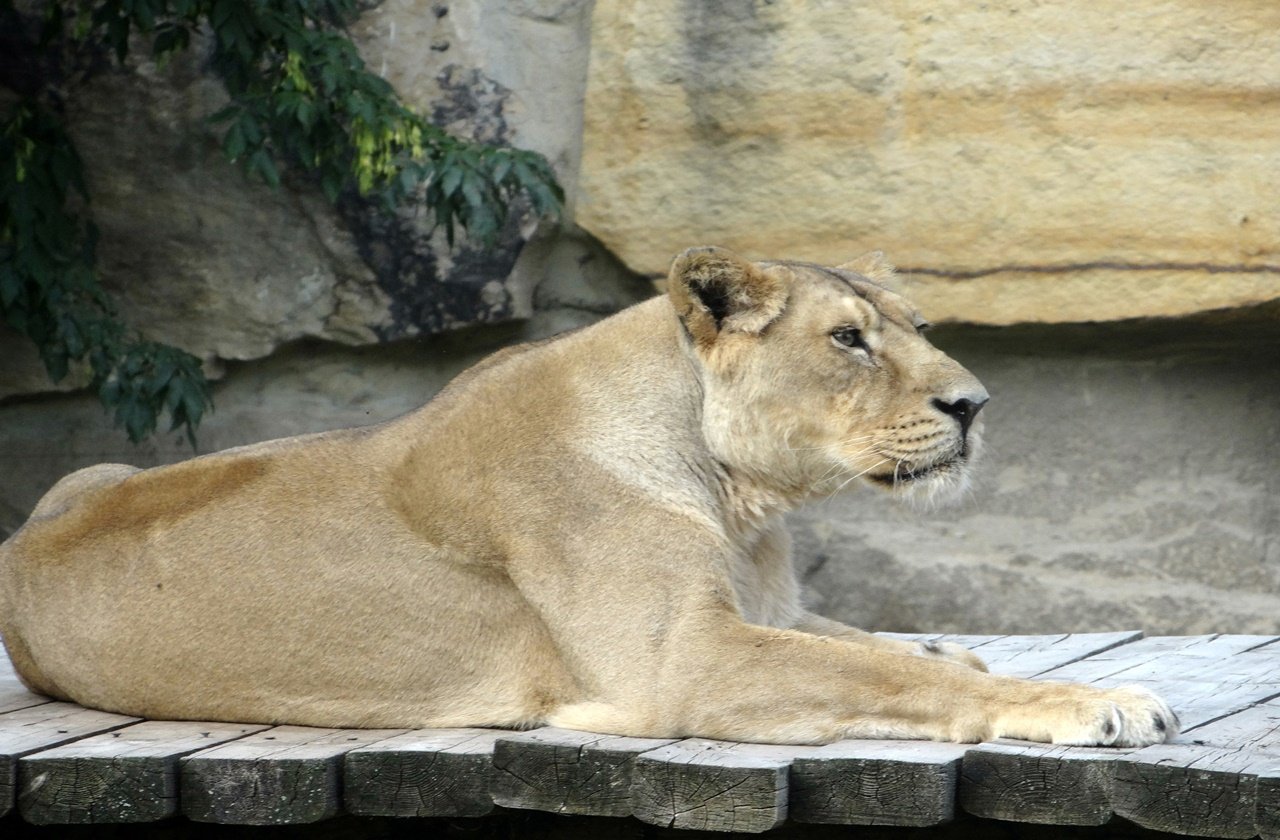 Photo by Gloria K on Unsplash

Generally speaking, all wildlife sanctuaries aim to be a safe location for animals where they can receive the best care and treatment. They also give them the opportunity to behave as how they would in their natural environment.

What Can You See at Wildlife Sanctuaries in India

India’s different ecosystems contribute to its rich biodiversity. From the chilly Himalayas, evergreen forests, mangrove swamps, and deserts, you’ll find a variety of animals in the country. Its forests are home to about 500 mammal species and more than 2,000 bird species. Additionally, it is home to three of 36 biodiversity hotspots in the world: the Eastern Himalayas, Indo-Burma hotspot, and the Western Ghats.

You’ll find thousands of animal and even plant species at wildlife sanctuaries in India. Depending on which sanctuary you’ll go to, you can find elephants, rhinoceros, tigers, lions, and snakes. The most popular wild animals you can see at wildlife sanctuaries are the Bengal tiger, Asiatic lion, Indian elephant, sloth bear, and more. As for bird species, you may be able to spot an Indian vulture, a forest owlet, Indian peafowl, and others when you visit these sanctuaries.

Since the country is home to a plethora of animal species, there are also rare or critically endangered species. Much effort is done to preserve and protect these animals from extinction in wildlife sanctuaries. The following animals are some of India’s endangered animal species: 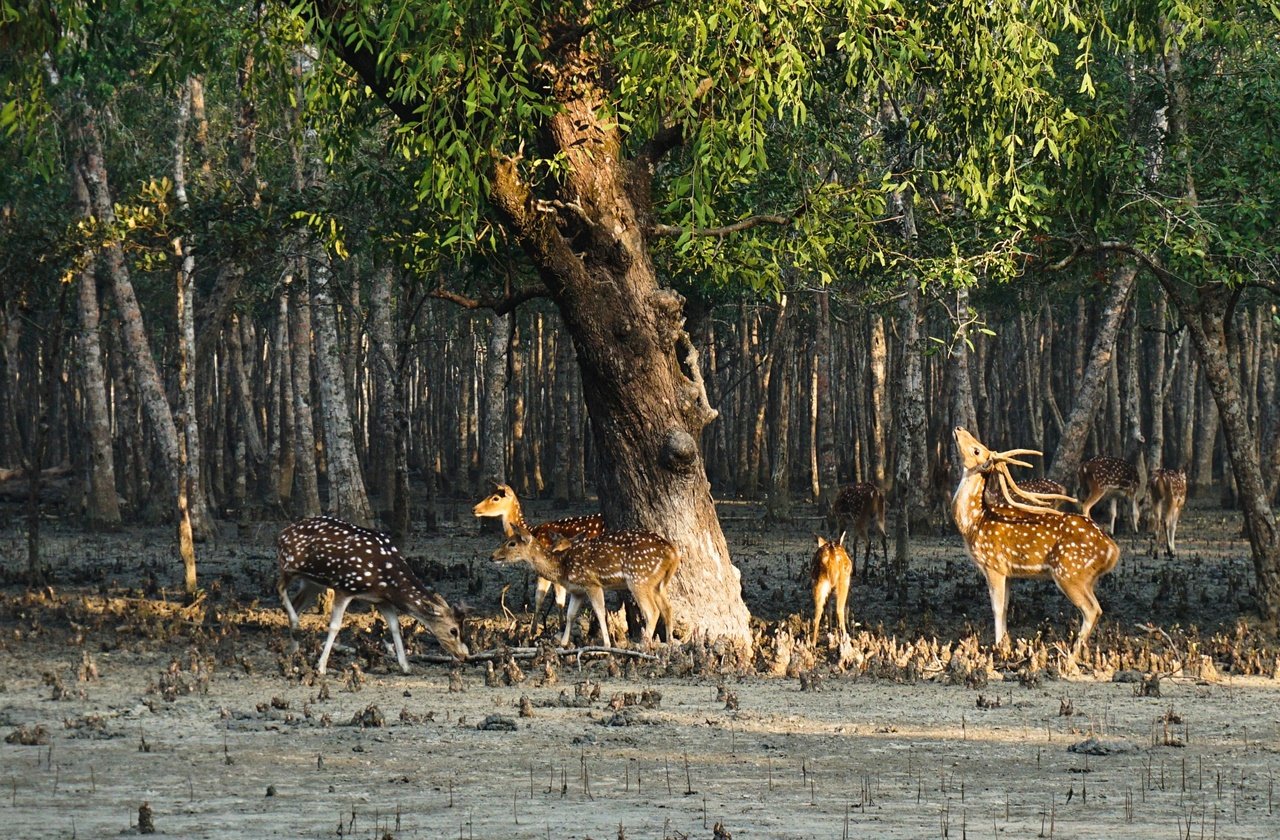 Photo by shuvoku on Pixabay 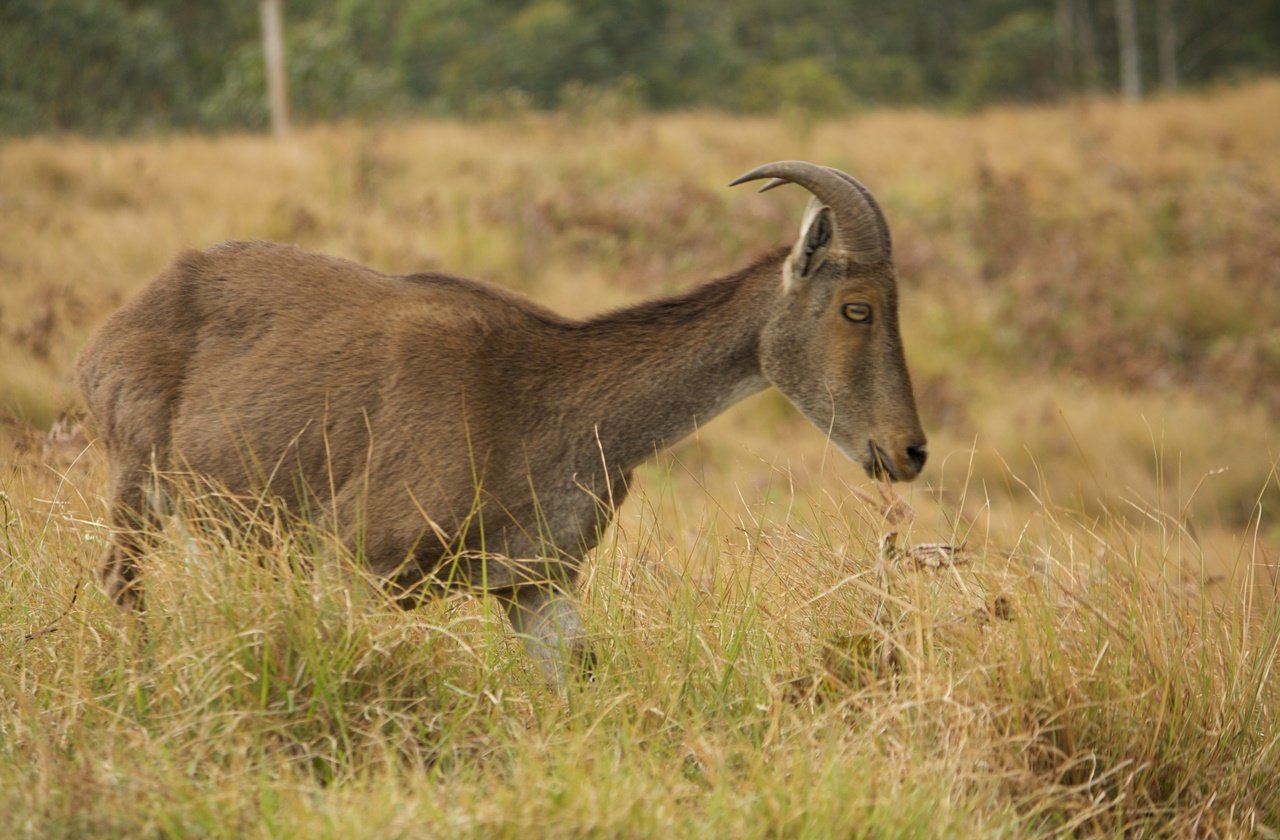 Aside from the popular Athirapally Waterfalls, Kerala is also home to one of the most popular wildlife sanctuaries in India. Chinnar Wildlife Sanctuary boasts more than a thousand plant species, 225 bird species, 34 mammal species, and more. On your visit, you may be able to spot panthers, spotted deer, Indian elephants, and the Nilgiri tahr. The sanctuary is also a popular trekking and camping destination in Kerala, thanks to the nearby Thoovanam Waterfalls. Located on the Western Ghats, Chinnar Wildlife Sanctuary also has a variety of medicinal plants as well as 11 tribal settlements. 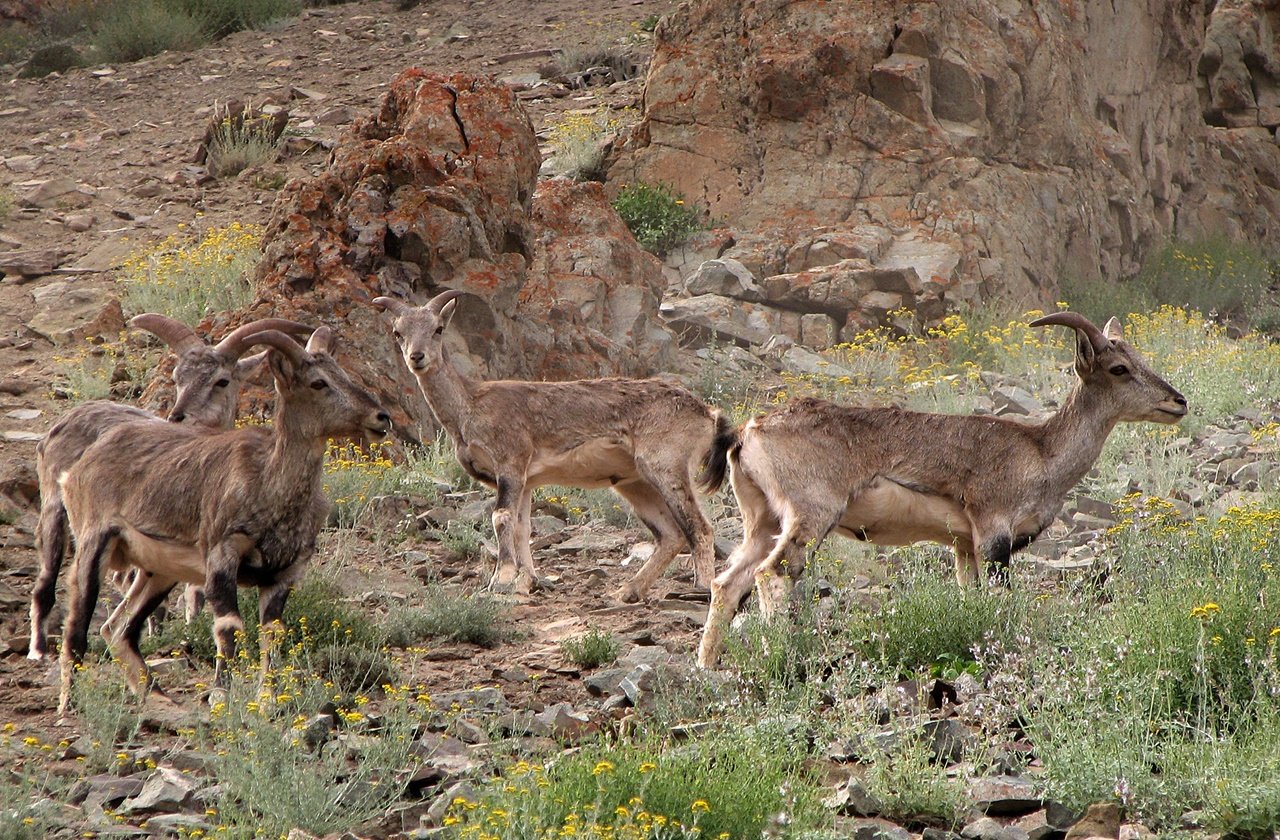 Nestled between the mountain peaks of Kullu and Himachal Pradesh, The Great Himalayan National Park is one of the most stunning parks in the country. Its high altitude, green meadows, and alpine hills make it a perfect habitat for thousands of flora and fauna. Among the animals you can see at the wildlife sanctuary are the Himalayan brown bear, blue sheep, and the elusive snow leopard. Protected under the Wildlife Protection Act of 1972, hunting animals in the park is not allowed and is considered a punishable offense. During the peak travel months from March to November, the Himalayan Ecotourism team organizes guided treks. 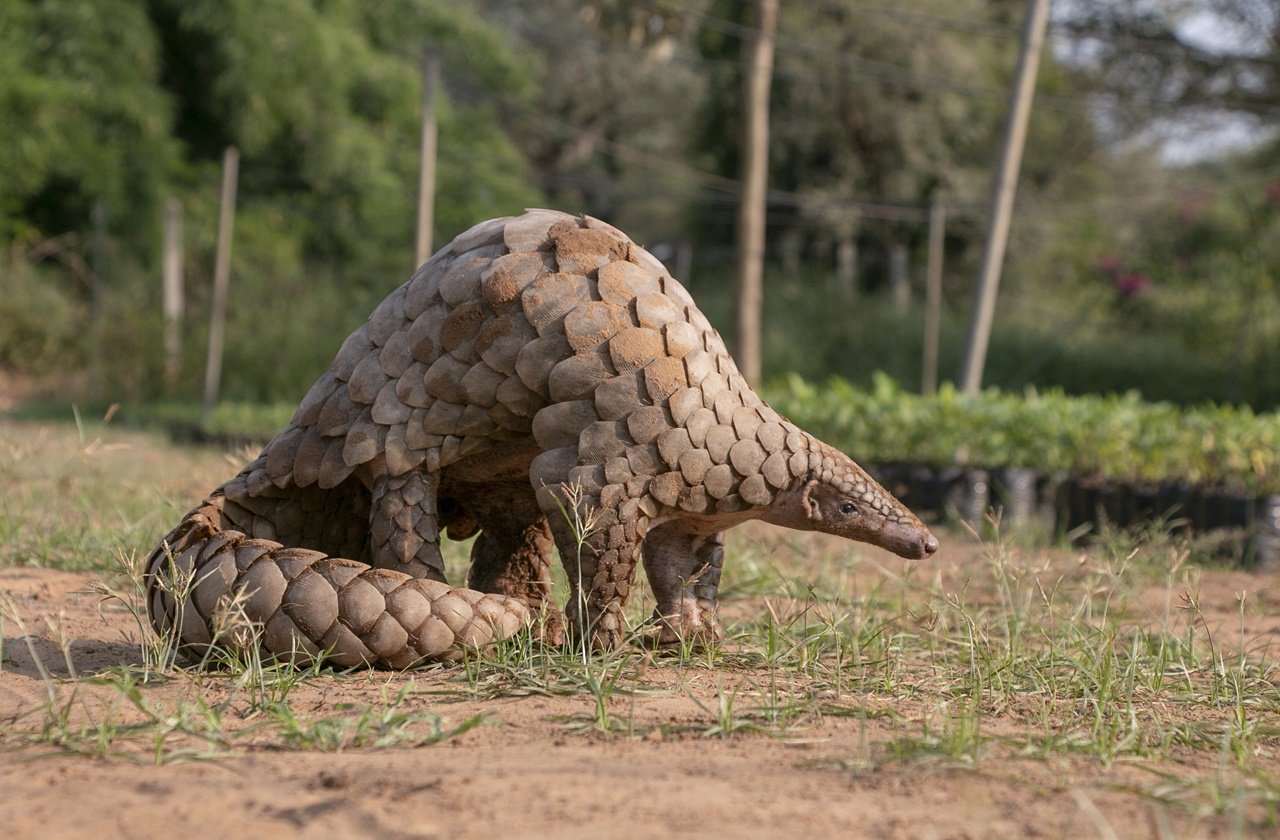 Photo by vickey on Adobe Stock

If you want to see huge crocodiles, Dandeli Wildlife Sanctuary is one of the best wildlife sanctuaries in India to visit. These fierce reptiles are the main highlight of the Karnataka sanctuary, attracting locals and foreigners worldwide. Other than crocodiles, Dandeli Wildlife Sanctuary is also a great place to see the Indian pangolin, sloth bear, and the elusive black panther. While the best months to visit the sanctuary are from November to May, summer is also a great time to see different wild animals in their habitat. The wildlife sanctuary is perfect for thrillseekers since you can also enjoy river rafting, trekking, and going on a coracle ride. 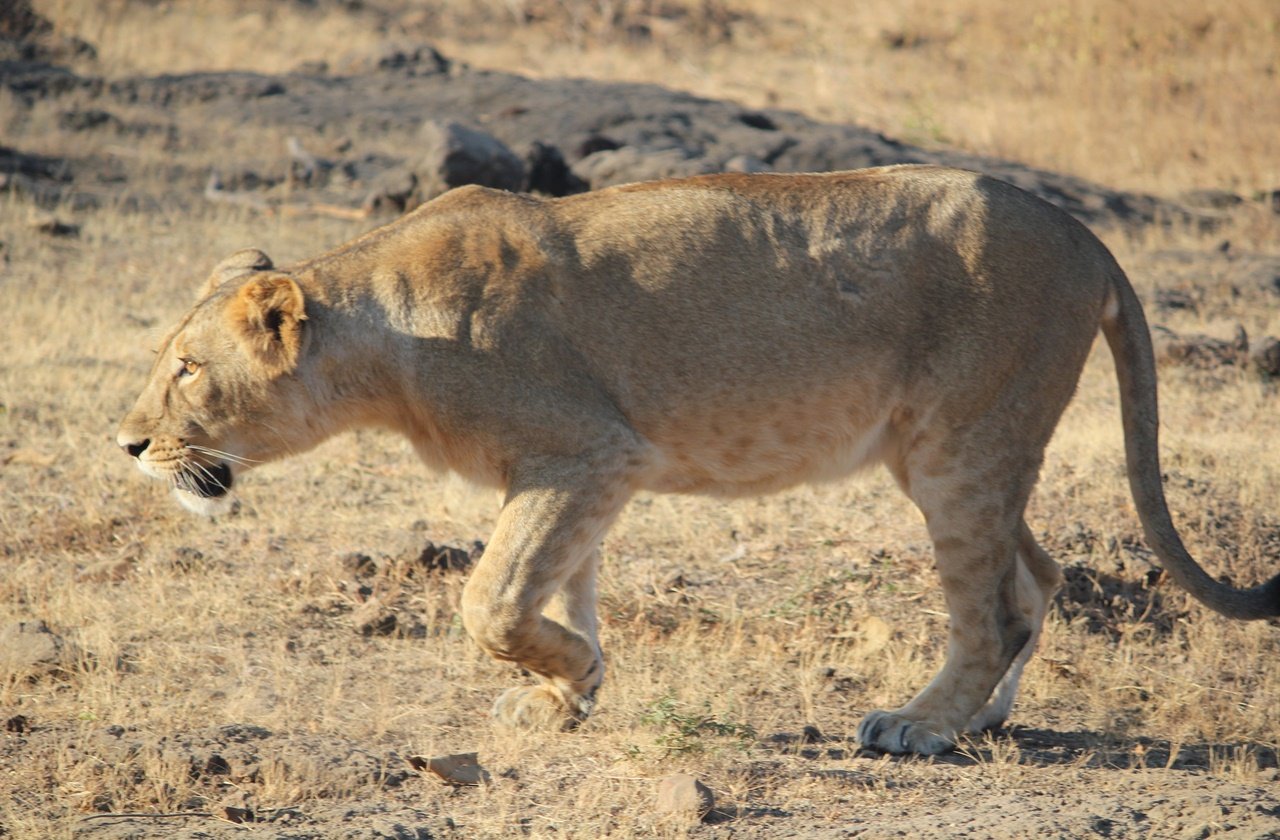 Established in 1965 as a way to conserve the remaining Asiatic lions, Gir Wildlife Sanctuary is the wildlife sanctuary to visit to see the kings of the jungle. Aside from the lions, you can also find other wild animals and hard-to-spot bird species in the sanctuary. This is also a popular tourist destination in Gujarat since this is the only region where you can see Asiatic lions roaming freely. Various tour options are available from full-day jeep safaris, three-day tours, to extensive 12-day trips. With a land area of 1,412 square kilometers, this is one of the best wildlife sanctuaries in India. 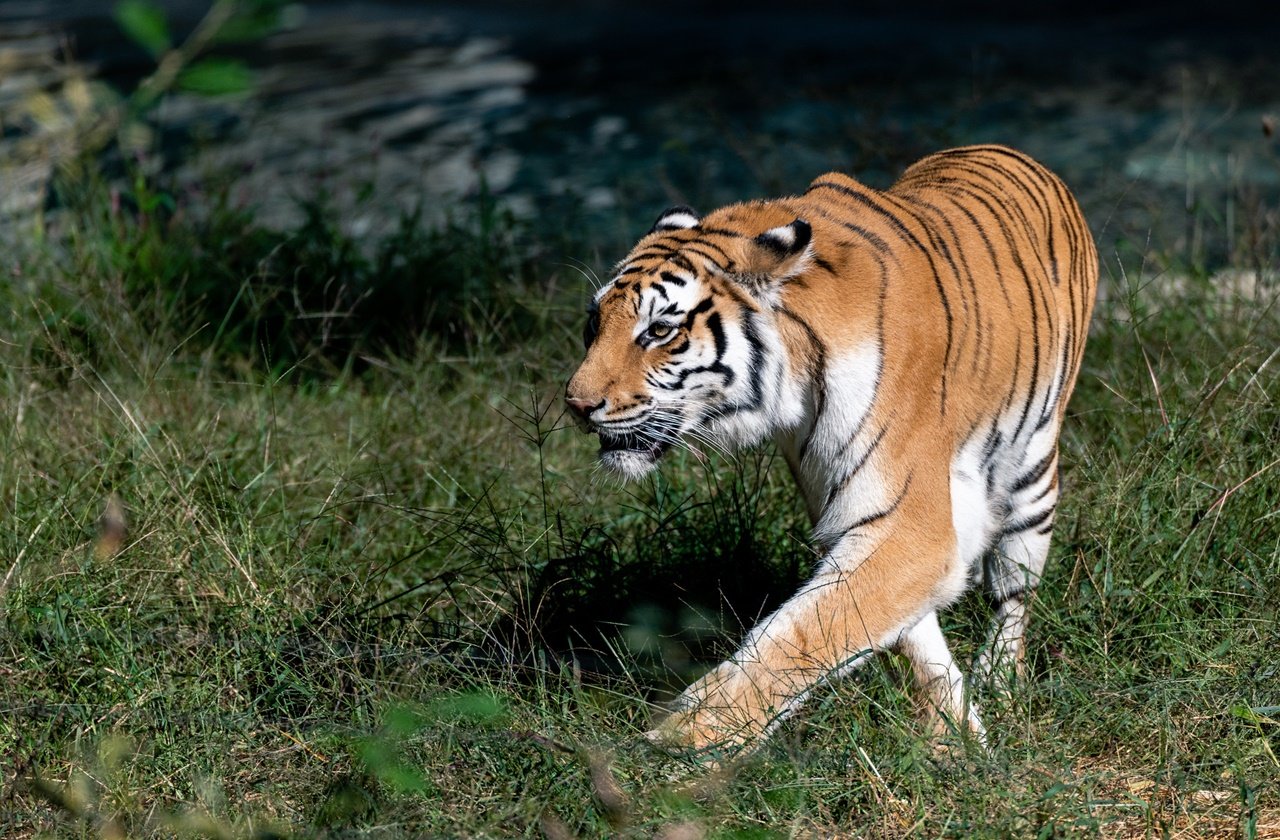 Corbett National Park, named after the naturalist Jim Corbett, is one of India’s best ecological sites. The park is also the country’s oldest national park, established in 1936. The wildlife sanctuary serves as a refuge for the endangered Bengal tiger as well as other animals and migratory birds. On your safari adventure, get a chance to see leopards, Himalayan black bears, pangolins, elephants, and more. You can choose to go on a jeep safari or ride an elephant’s back as you explore. The best time to visit the national park to see the tigers is between March and May. 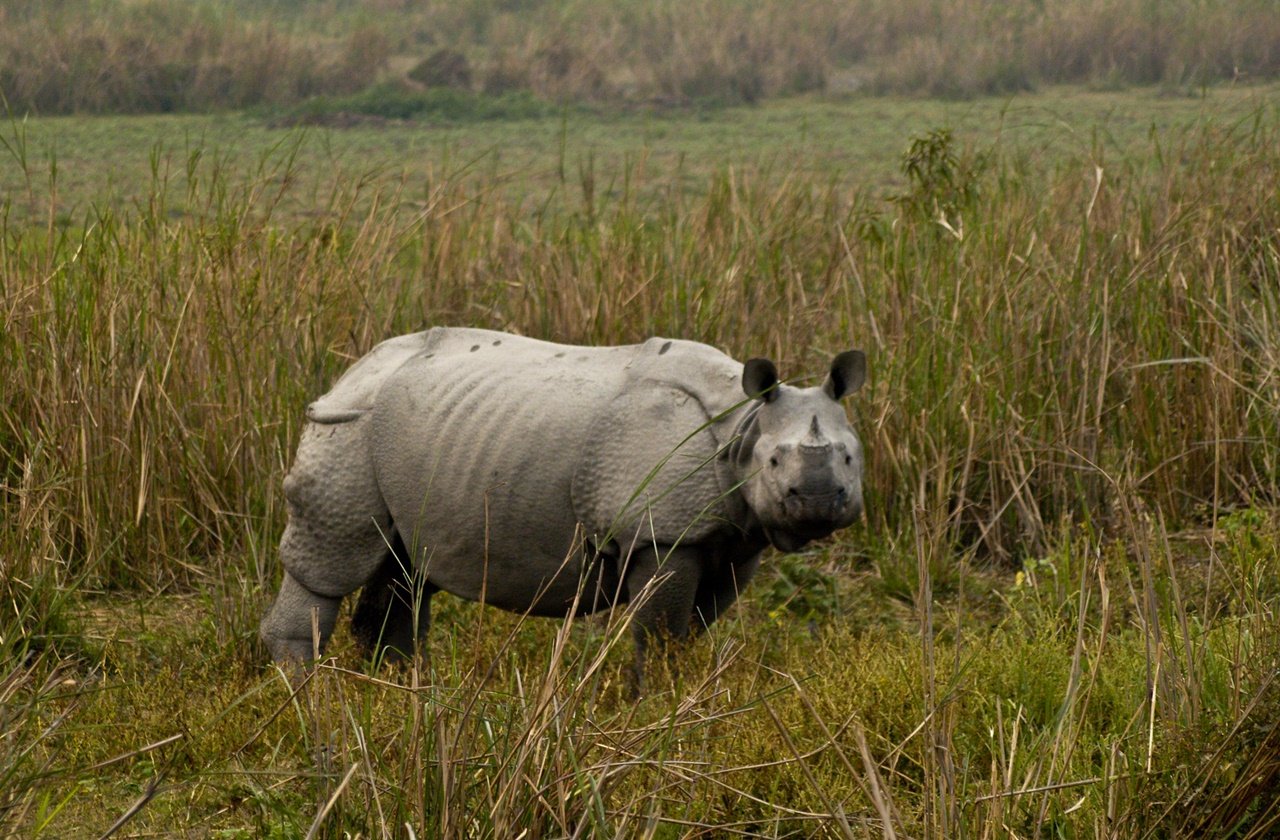 The UNESCO-listed Kaziranga National Park is one of the best wildlife sanctuaries in India. It houses a large population of the Indian rhinoceros as well as tigers, becoming a Tiger Reserve in 2006. Additionally, its environment is a breeding area for swamp deer, water buffalo, and elephants. During the cold winter months, you’ll be able to find large flocks of migratory birds, as the national park is also an Important Bird Area as per BirdLife International. Depending on your choice, you can explore the national park by Jeep, 4WD vehicle, or by a Mahout-guided elephant. 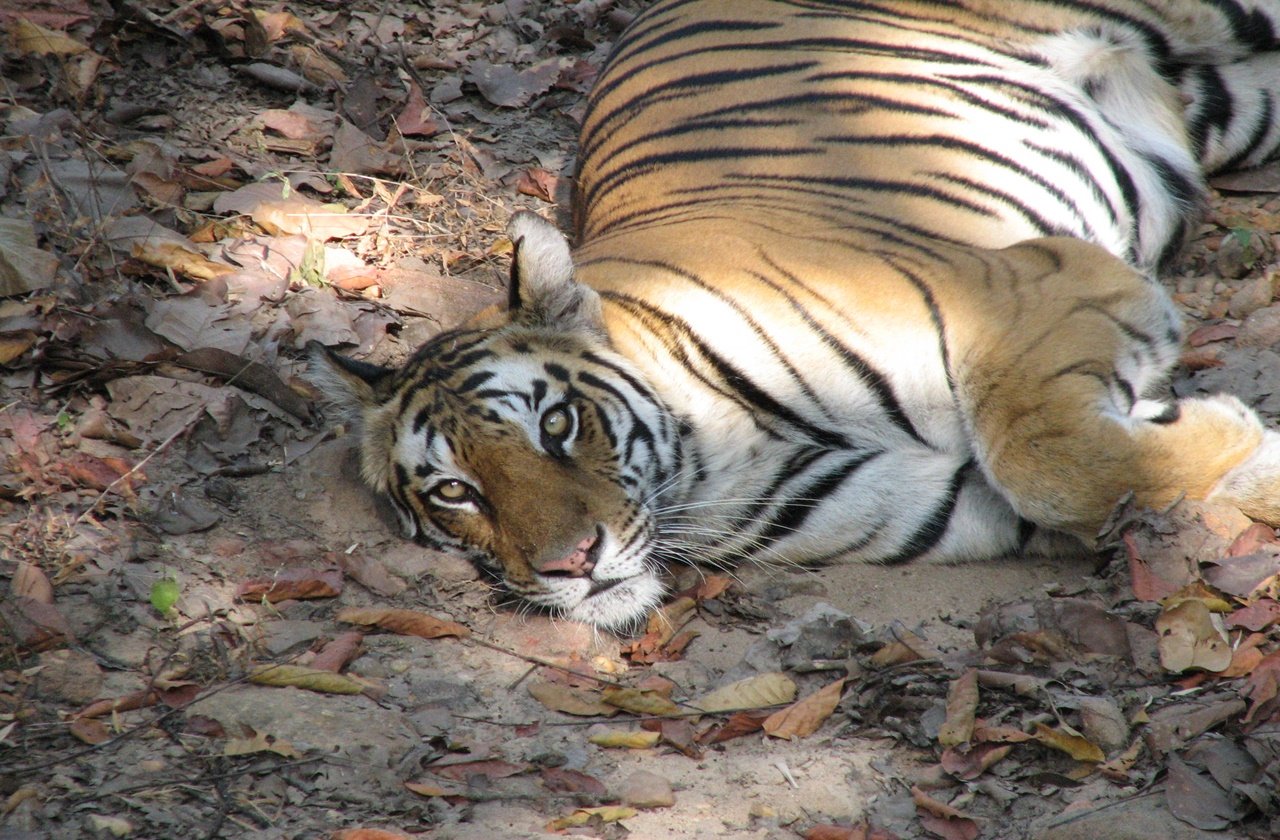 Bandhavgarh National Park is one of the best wildlife sanctuaries in India, thanks to its tiger population. With a density of 8 tigers per square km, the national park boasts the highest tiger density in the world. In addition to these tigers, you can also find a considerable amount of leopards and deer, as well as hundreds of bird species. The park’s peak seasons are from October to June. But if you want the best chances of seeing these tigers, plan your visit from March to May. If you’re lucky, you may even see the majestic white tiger roaming around in the wild. 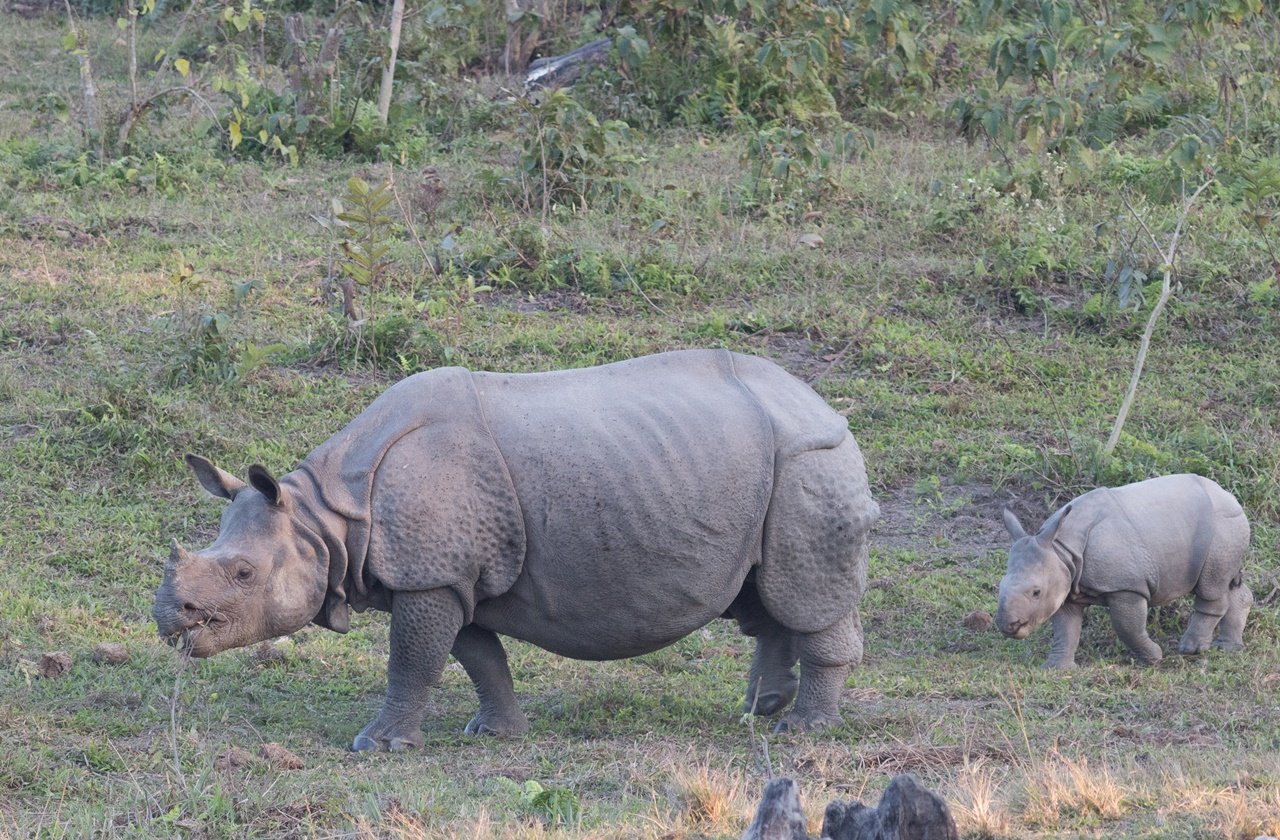 Photo by Sunil on Adobe Stock

While Manas Wildlife Sanctuary is one of the newer wildlife sanctuaries in India, it is also one of the most beautiful. The UNESCO World Heritage Site boasts 55 mammal species, more than 300 bird species, 50 reptile species, and more. See the Assam roofed turtle, Golden langur, and Pygmy hod, some of the country’s endangered species, and learn more about these animals. Since the sanctuary is located at the foothills of the Himalayas, enjoy a favorable climate no matter what time of the month. Other activities you can enjoy at Manas Wildlife Sanctuary include river rafting, birdwatching, and tea plantation visiting. 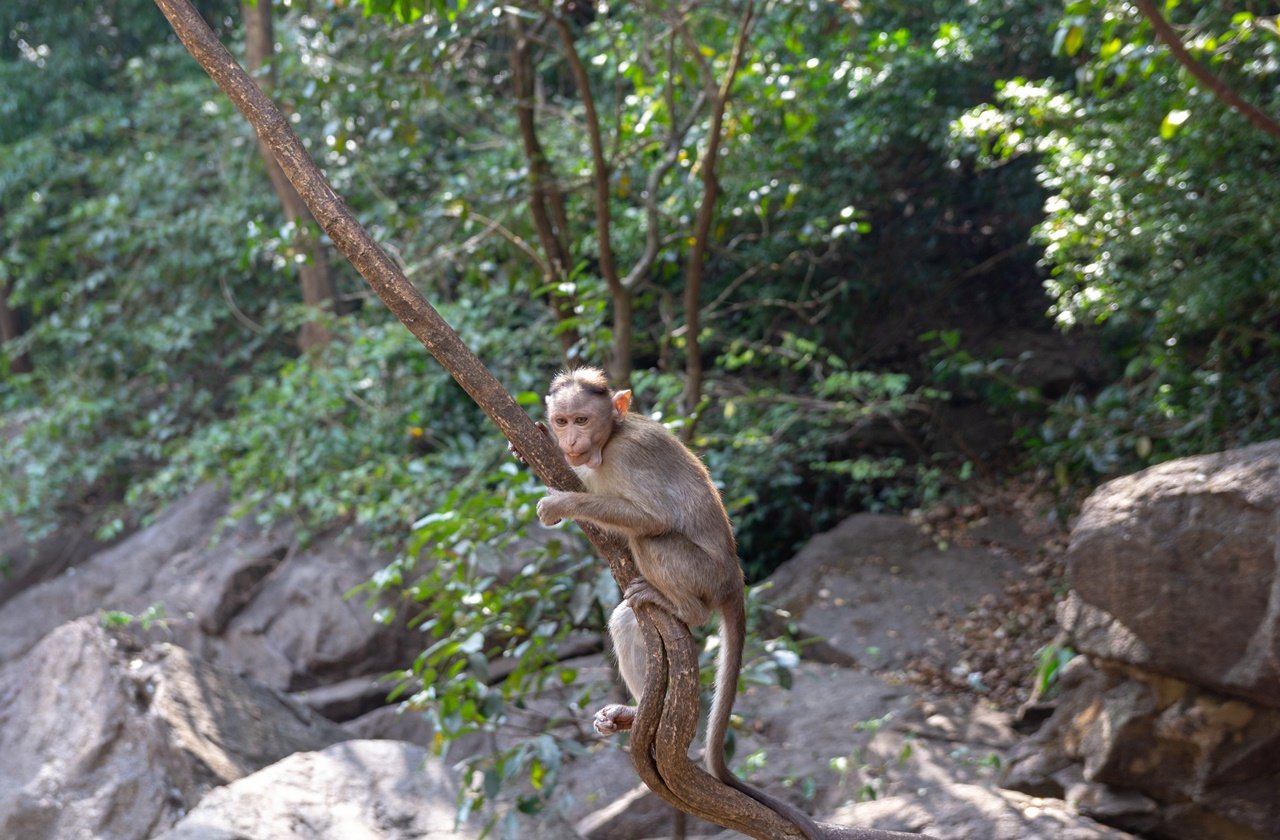 Photo by Andrey_Chuzhinov on Adobe Stock

For birdwatching enthusiasts, Bhagwan Mahavir Wildlife Sanctuary is the best wildlife sanctuary for you. Nestled in the Western Ghats’ picturesque forests, the sanctuary offers different kinds of avifauna as well as more than 700 kinds of plants. Not only does the sanctuary contain geographical significance, but it possesses historical significance as well. Climb up the Devil’s Canyon Viewpoint and catch breathtaking views of the whole park. Other notable attractions near the sanctuary are the Tambdi Surla Temple, a 12th century Shiva temple, and Dudhsagar Falls, India’s fifth tallest waterfall. 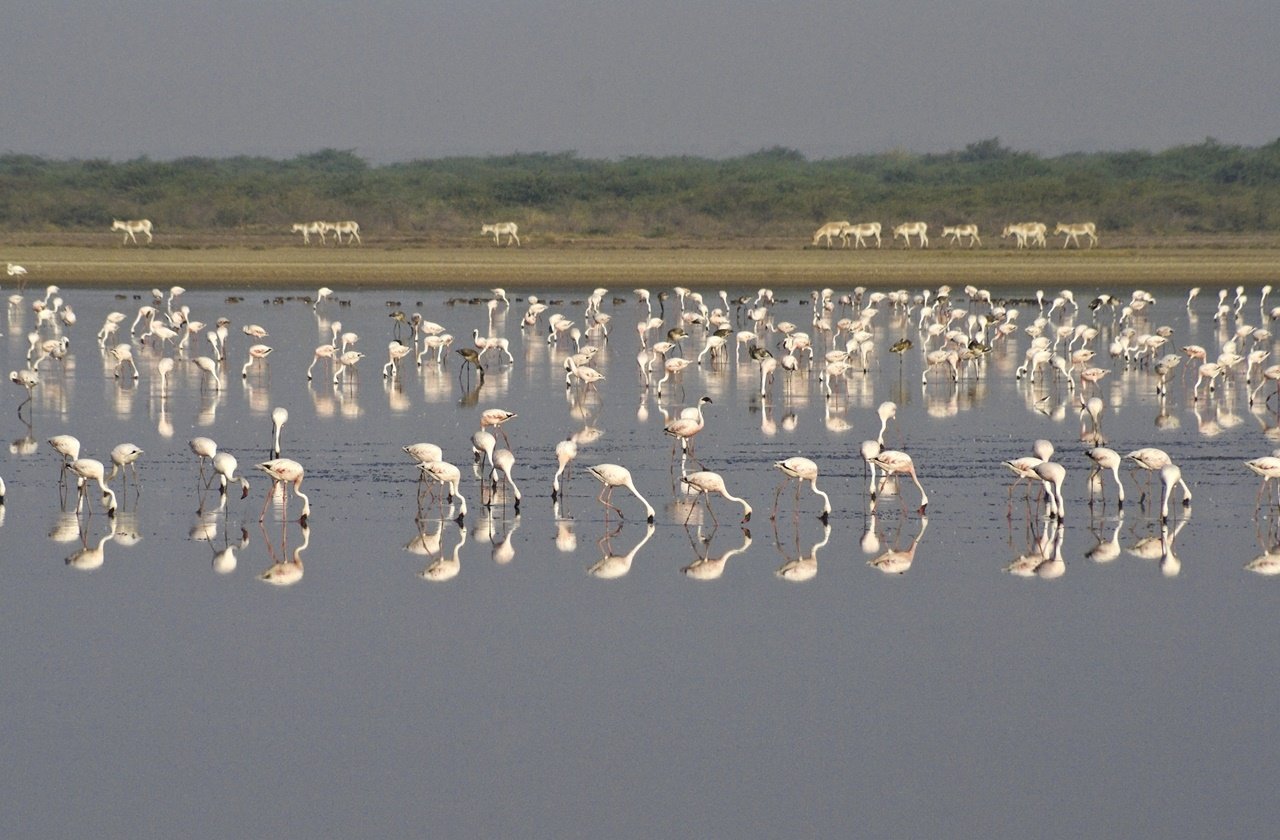 With an area of 7,505.22 square kilometers, Kutch Desert Wildlife Sanctuary is one of the biggest wildlife sanctuaries in India. Unlike most national parks and sanctuaries housing tigers and lions, this sanctuary’s star animal is the Greater flamingo. After the rainy season, the sanctuary turns into a saline desert where thousands of flamingos breed and give birth at. At Kutch Desert Wildlife Sanctuary, you can also find other animals like foxes, hyenas, chinkaras, and caracal. As for bird species, get a chance to see the Great Indian bustard, white pelican, white-backed vulture, and more. 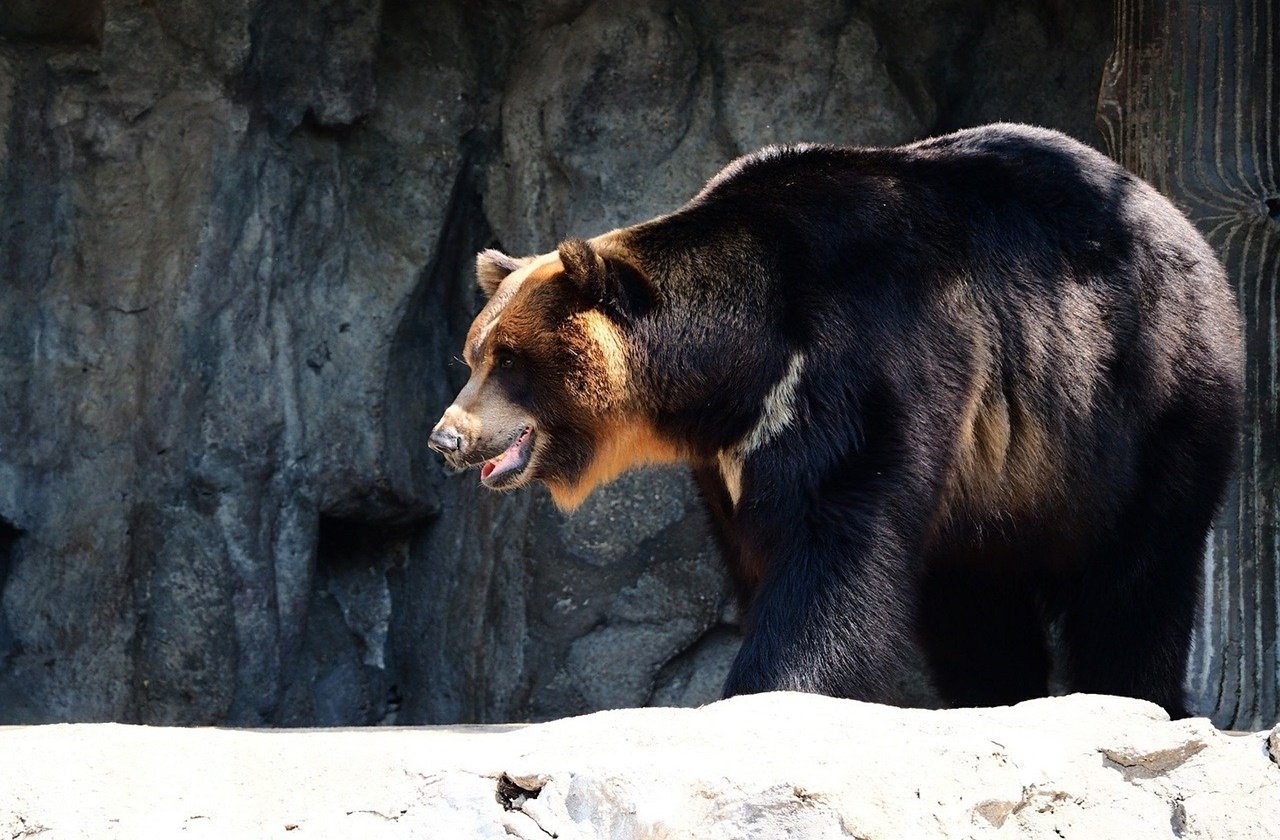 Photo by v2killer7603 on Pixabay

Dibang Wildlife Sanctuary is blessed with snow-capped mountain peaks, sparkling rivers, and deep gorges. Its location on the Eastern Himalayas makes it a great sanctuary for various species as well. From rare mammals like the Asiatic black bear and Mishmi takin to reptiles like the Indian rock python and krait, you’ll find them here. Different species of birds also attract birdwatchers and wildlife photographers alike. Visiting Dibang Wildlife Sanctuary is the perfect winter getaway if you’ll be in India during the season. On the other hand, if you’ll be visiting from May to June, you may get to see brightly colored flowers across lush meadows. 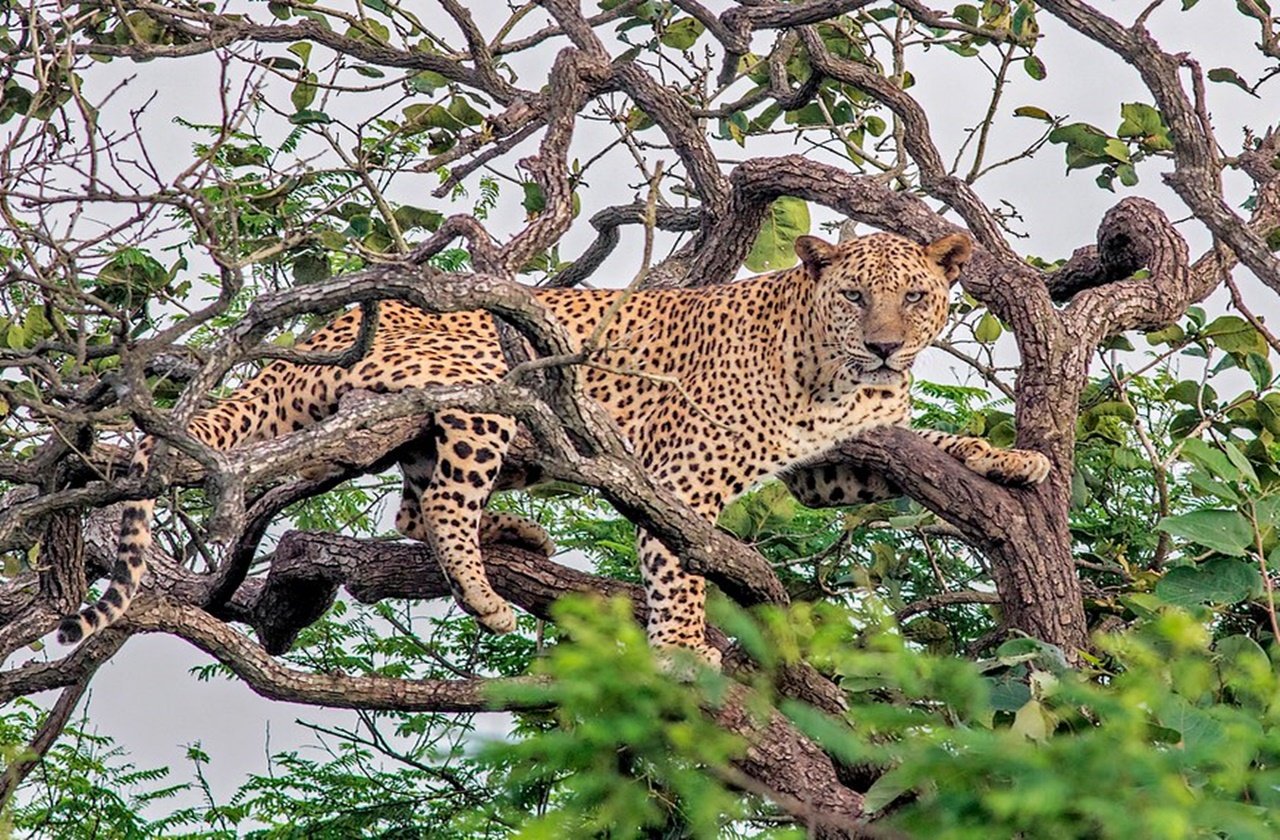 Home of the famous Darjeeling tea, the town of Darjeeling is also home to one of the famous wildlife sanctuaries in India. Senchal Wildlife Sanctuary covers 38.6 square kilometers and is filled with pine trees, birch trees, and oak trees. More than 350 species of flowers are scattered around the sanctuary, including orchids and rhododendrons. In terms of wildlife, Senchal Wildlife Sanctuary serves as a habitat for the Himalayan black bear, Indian leopard, Assam macaque, and the Himalayan flying squirrel. 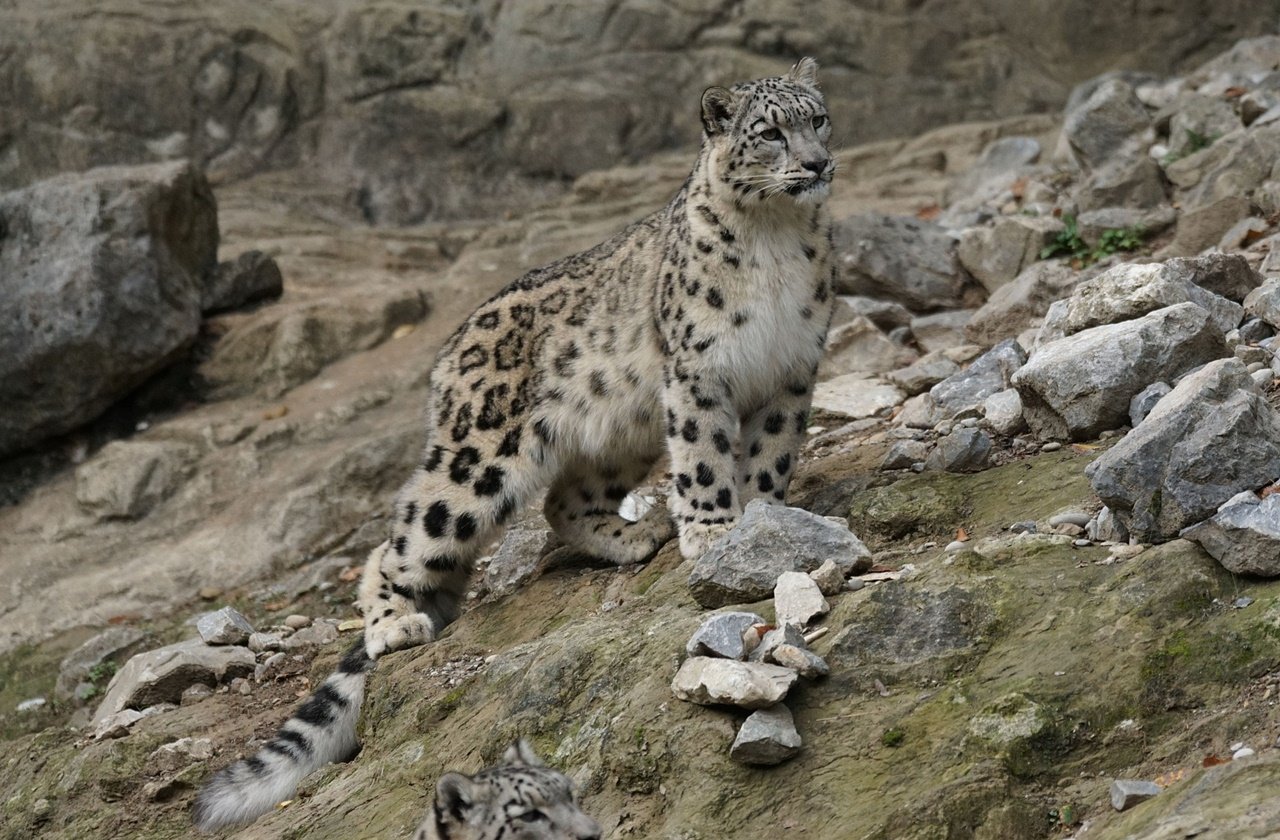 Photo by Pixel-mixer on Pixabay

Govind Wildlife Sanctuary provides shelter for rare animals like the snow leopard, Himalayan black bear, black eagle, and others. The sanctuary is also where the Snow Leopard Project was launched, aiming to develop conservation methods to protect snow leopards. After your exhilarating jungle safari, you can go trekking along the Har-Ki-Doon trail or on more challenging high-altitude trails. Additionally, you can go birdwatching and spot different bird species, including the Golden Eagle and endangered ones like the Steppe eagle, bearded vulture, and more. 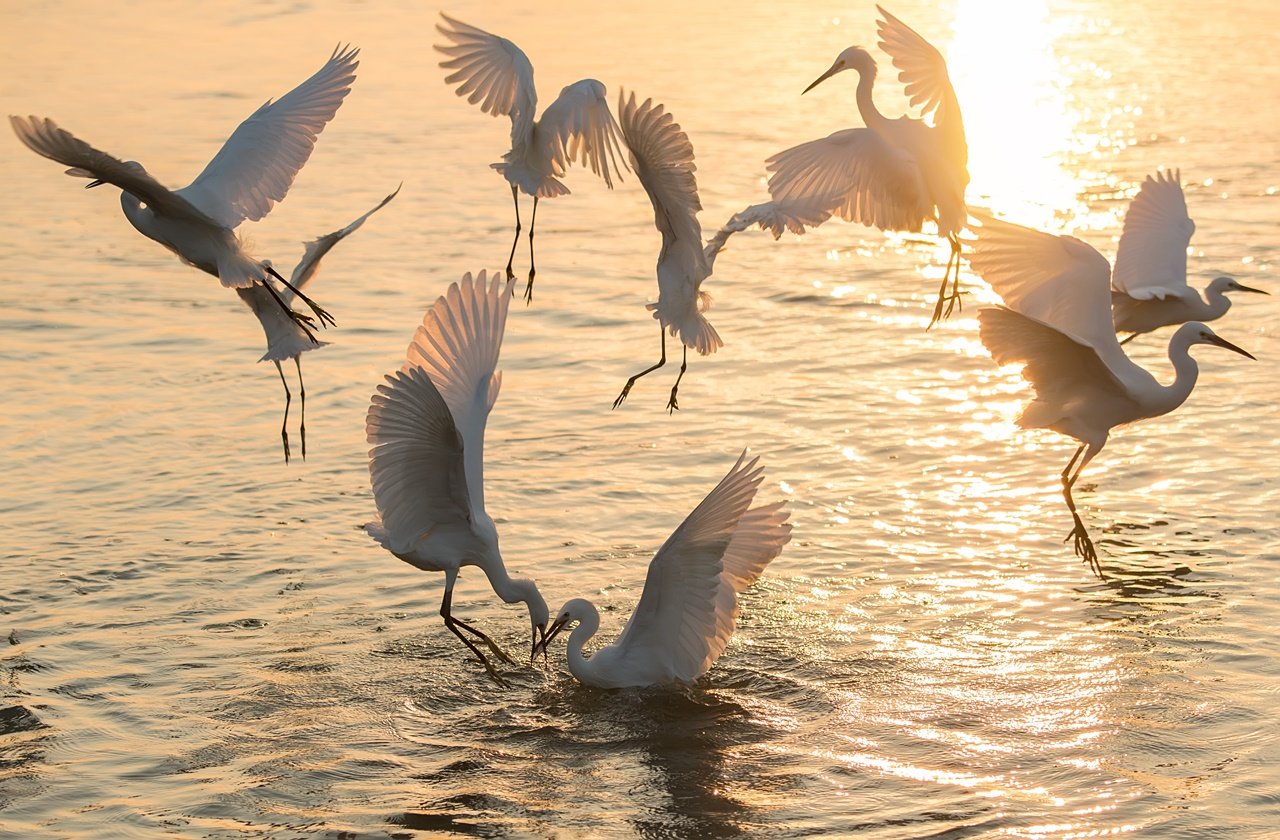 Photo by xiaoliangge on Adobe Stock

Chilika Wildlife Sanctuary attracts plenty of birdwatchers and tourists alike because of its picture-perfect lake. Sprawling across 1,100 square kilometers, it is also a popular picnic area and sunrise or sunset viewing spot. At the sanctuary, you’ll be able to see over 225 species of fishes and other marine animals. Hop on a boat and get a chance to see the wildlife up close. Bird species such as the brahminy kite, spot-billed pelican, and flamingos also frequent the sanctuary. With gorgeous views of Chilika Lake and rich biodiversity, Chilika Wildlife Sanctuary is one of the must-visit wildlife sanctuaries in India. 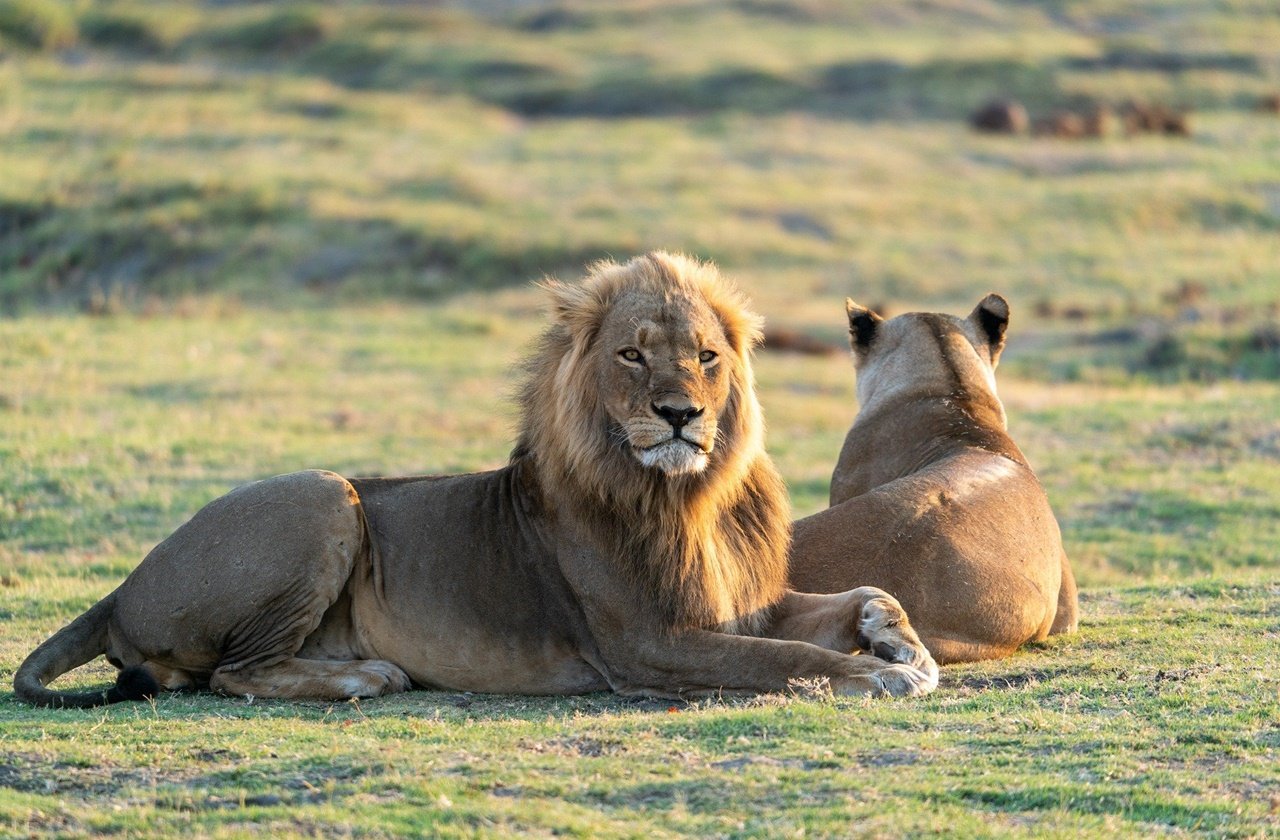 Photo by Helgede1 on Pixabay

Wildlife tourism is one of the elements of tourism that sparks debate in the travel industry. Others say that it disturbs the feeding and breeding patterns of the animals and exposes them to predators and competitors. However, when done and implemented correctly, wildlife tourism such as wildlife sanctuaries can help increase awareness and protect them from poaching and killing.

Wildlife sanctuaries in India in particular take serious measures to assure that the animals are safe and away from harm. If you want to see lions, elephants, and other animals from a comfortable distance, try going on a jeep safari on your next visit! See the tigers in their natural habitat at Corbett National Park or at Bandhavgarh National Park. Meanwhile, if you want to see the famous Asiatic lions, head to Gir Wildlife Sanctuary.