Just like the Bourbon in the United States, or Sangria in Spain, Korea has its very own representative drink, Soju.

If you didn’t already know, Koreans have a thing for drinking. It is a common sight to see alcoholic beverages in the country, from roadside eateries to chic restaurants. It is hard to miss as it is a typical companion for Koreans during meals.

So, what is soju? 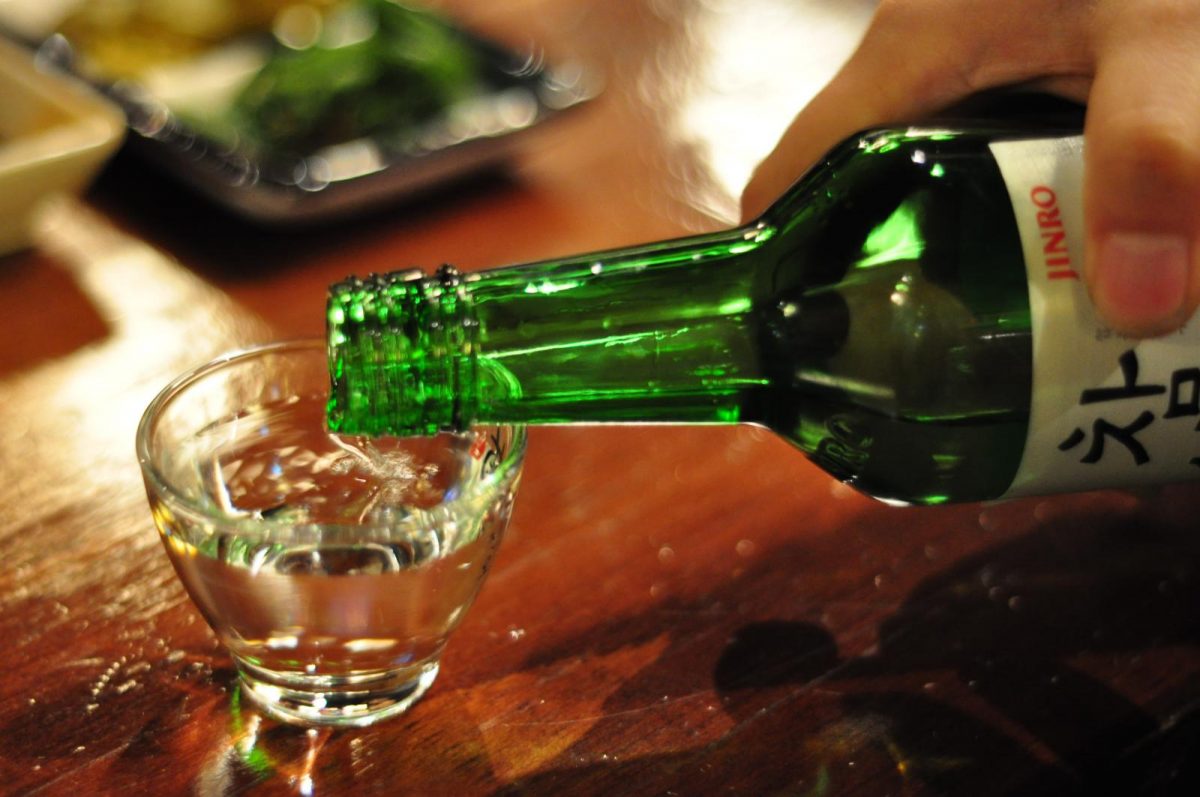 Soju is a clear and colourless distilled beverage traditionally made from rice, wheat or barley. Only until there was a rice shortage in the country, the Korean government implemented a ban on using rice to make soju. Even though the ban was lifted eventually, present-day manufacturers converted to use starches such as potatoes, sweet potatoes, and tapiocas. This has also resulted in lower alcohol content in soju.

Soju has an alcohol content of 20%, just enough for you to drink your troubles and sorrows away. This also makes it stronger than beer and wine, but weaker than vodkas of 40%, probably the reason why its taste is usually described to be diluted vodka. It is commonly consumed during meals, or also mixed in cocktails.

Soju is easily identified by its signature bright green glass bottle. You can find these green bottles in convenience stores for approximately KRW1,800 (USD1.56) each. This is one reason why soju is every Korean’s favourite drink, thanks to its affordability.

Why do Koreans love soju so much?

Traditionally in the past, Koreans drink alcohol to celebrate holidays in South Korea. However, in the present day, alcohol is consumed regardless of events. Koreans drink together as a mode of social interaction to build the relationship between family, friends or coworkers.

Another reason for Koreans’ overflowing affection for soju is due to the fact that different variations of beverages can be enjoyed using soju.

Also widely known as somaek, it is created by using one shot of soju dropped into a glass of beer. The best part has got to be watching the shot land in the beer glass. Watch out! The aftereffect of drinking the soju bomb can really hit you hard, like a bomb, as its name suggests.

Not forgetting those with a sweet tooth, prepare one shot of coke followed by one shot of soju and half a glass of beer. You will be pleasantly surprised with a sweet and refreshing finish to your somaek. Another trending cocktail is the yogurt soju. Mix soju, soda and yogurt and there, you’ve made your own yogurt soju! 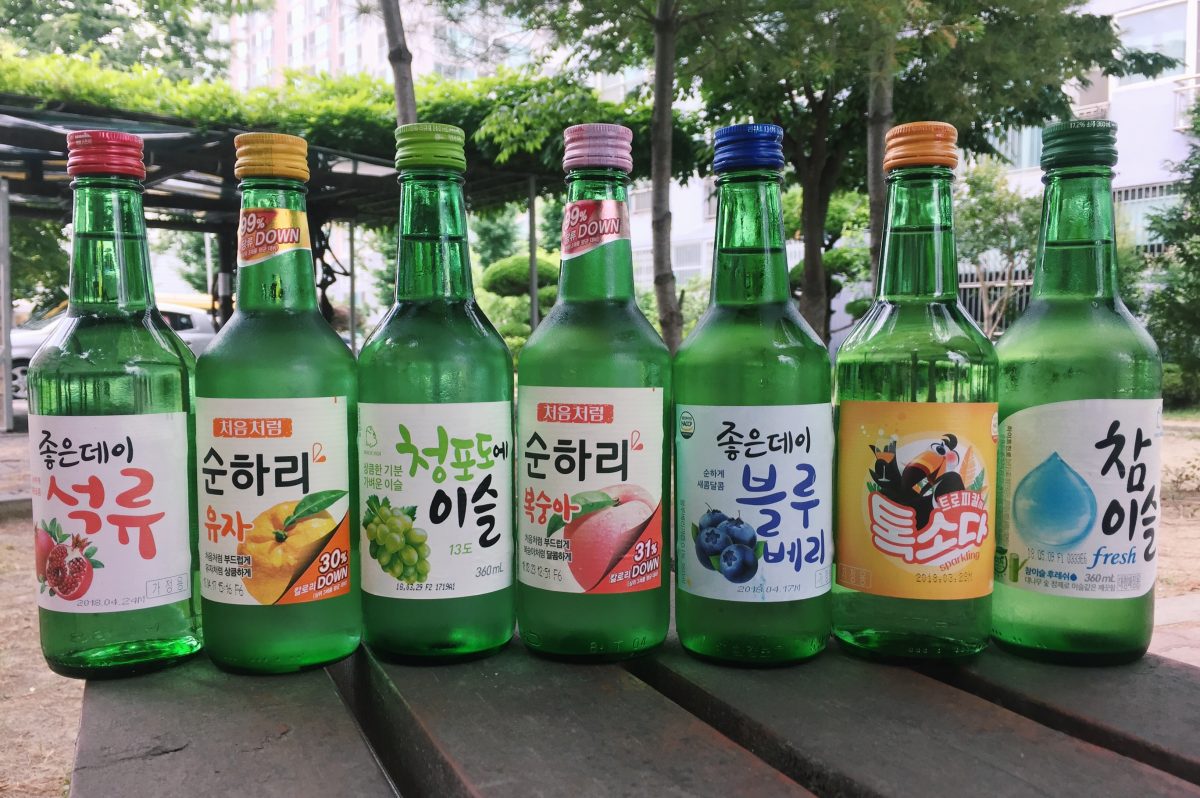 © Photo from A Curious Venture

There is a variety of fruit-flavoured soju available in the market, with familiar flavours like grapefruit, green grape or peach soju. There are also the latest additions of yogurt-flavoured and strawberry-flavoured soju. To each his own, everyone will have something for themselves. 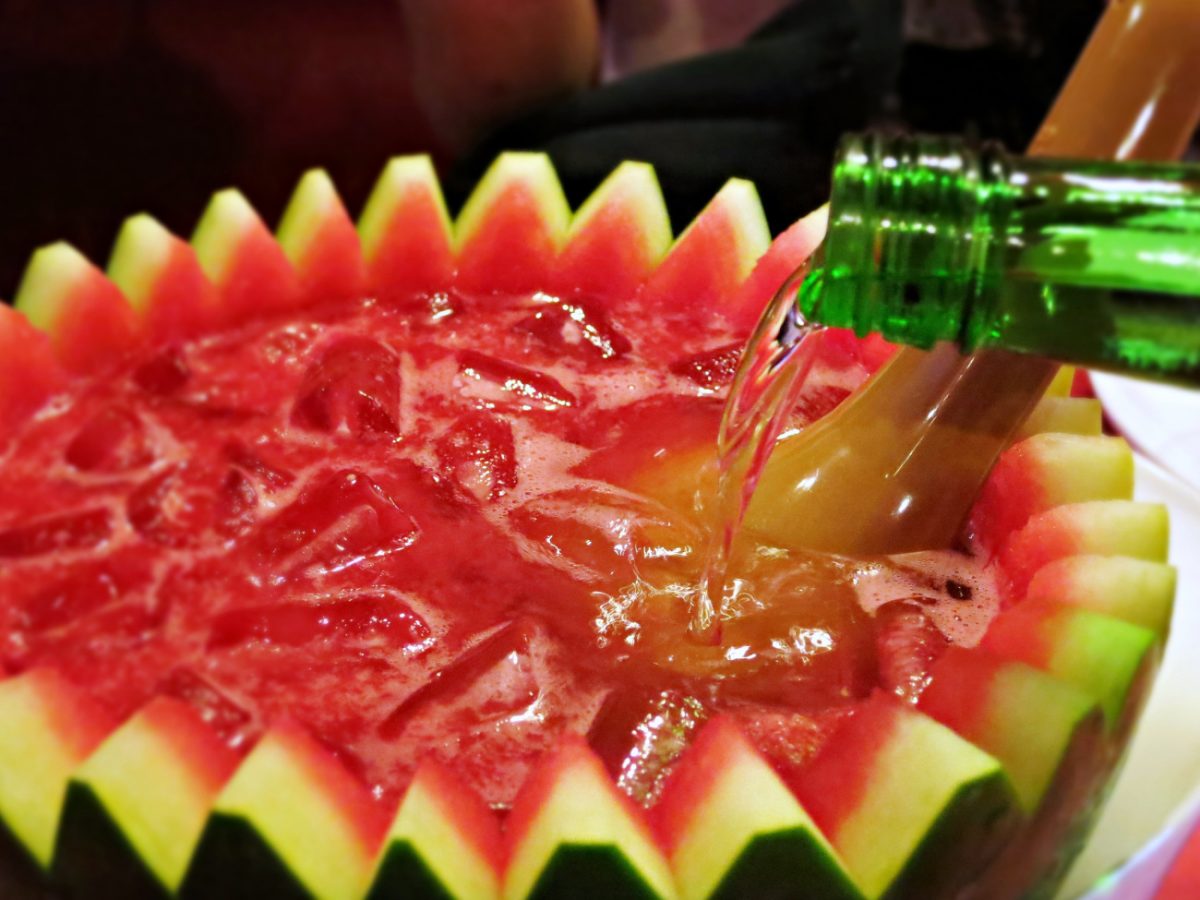 As easy as it sounds, you can even make your own watermelon soju. Remove the top of a watermelon and empty its flesh, so that the watermelon looks like a bowl. Blend the flesh and mix it together with some soju (according to your preference) before putting them all back into the watermelon bowl. Serve it with ice cubes and you’re done!

Considering the array of soju cocktail that can be concocted, it is not unexpected why soju is the hot favourite out there! 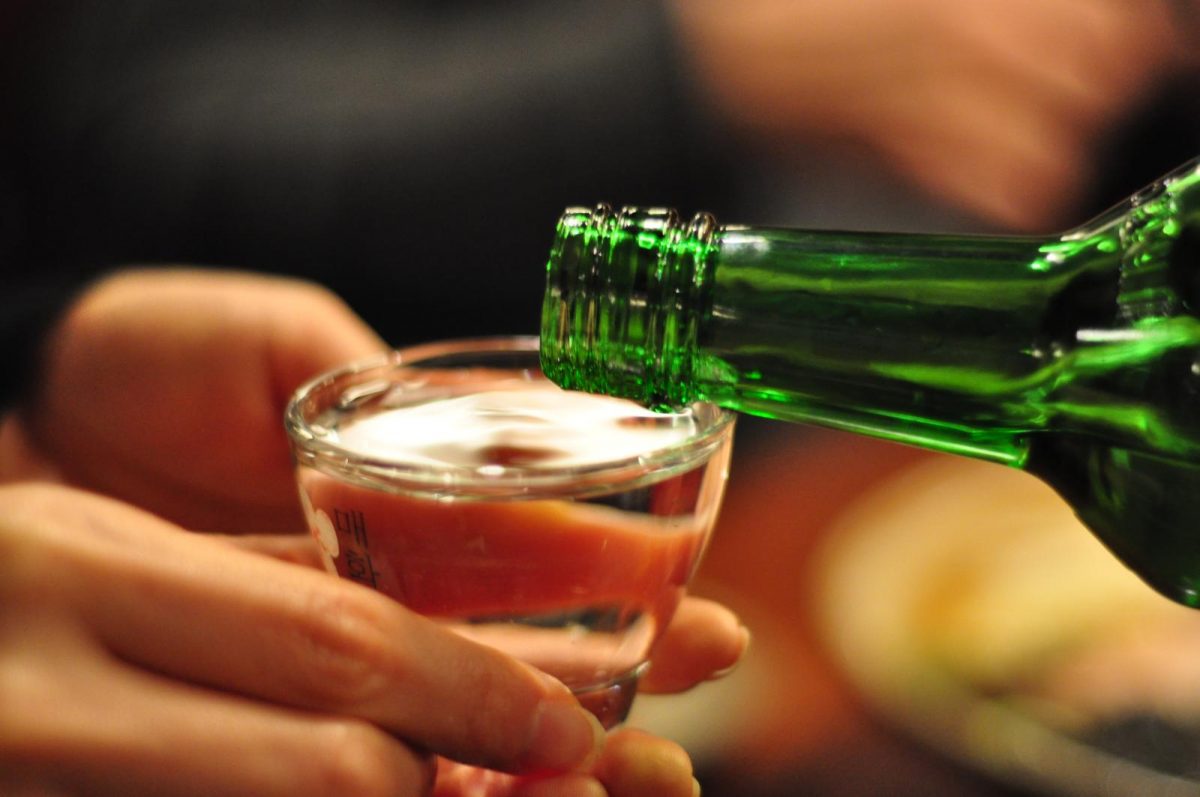 Here are some general rules for drinking in South Korea: Never pour your own drink. Bow your head when you receive your first glass of drink from an elder, with both hands holding your glass. Turn your body away slightly to drink, while covering the mouth and glass with one hand. Finish the first drink in one shot. After the first drink, glasses are filled up as soon as they are empty. You may keep your glass half-filled as a subtle indication that you don’t want to drink any further.

When to drink soju? 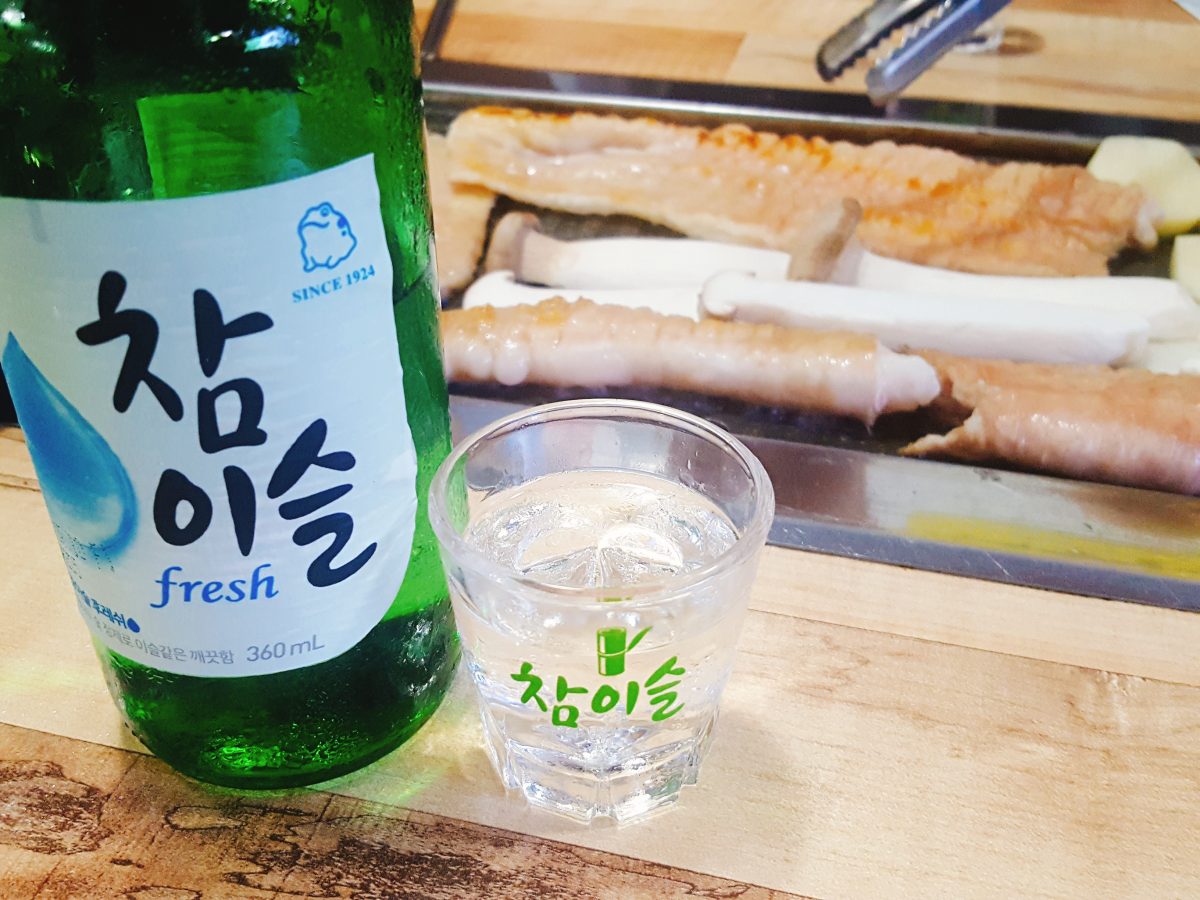 Soju is best paired with kimchi stews or grilled pork belly. You will always spot these green bottles on diners’ tables in Korean restaurants. Soju is said to be able to cleanse the oil and remove food odour from the mouth, making it the best accompaniment to meals.

Soju can be enjoyed at room temperature, but it is best served chilled in the summer and served warm in the winter. Remember, you don’t have to add ice to the drink. Soju is poured into shot glasses and taken as a shot. It is considered rude to drink straight from the bottle!

Soju in the Overseas Market 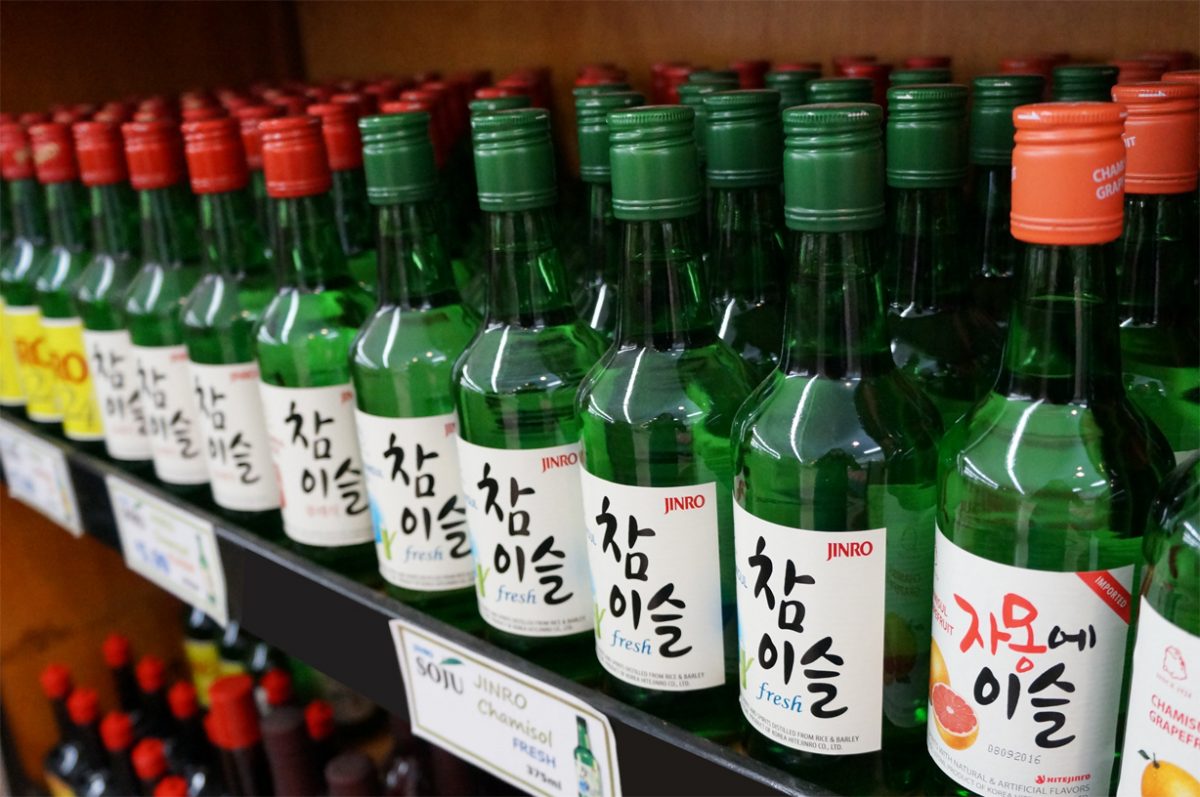 Soju is currently being exported to more than 80 countries in the world. The largest manufacturer, Hite Jinro, exports more than $50 million worth of soju in just a year. This year, Hite Jinro reported an average annual growth of 15% for the three most recent years in its sales volume in the United States. So, what are you waiting for? Drop by the nearest Korean mart and you may just find one there!

“Gunbae” and “Jjan” are the two terms you may hear during a toast, which means “Cheers!”. “Gunbae” is the formal way, recommended for use with coworkers and superiors, while “Jjan” is commonly used among friends.

Cheers to good news! It has been found that having one glass of soju a day can reduce stroke risk. However, we would still advise everyone to drink responsibly.

Ladies, look right over here! Did you know that soju is the secret to soft and shiny hair? Clear spirits distilled from starches are usually the right kind of alcohol for your hair. However, it is not recommended to do this daily as it may cause dehydration of your hair over time. Use it during special occasions for a quick fix up!

Now that you have learned more about soju, Korea’s national drink, it is no surprise that it is actually the best-selling alcohol in the world. Have a shot like the locals do when you’re in South Korea!

Check out our recommendations on the cool souvenirs to get while you’re in Korea! 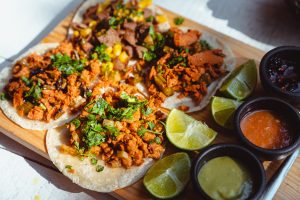 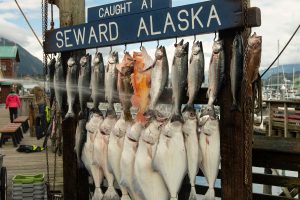