Travel Destinations Everything You Need To Know About The Ueno Zoo

Everything You Need To Know About The Ueno Zoo 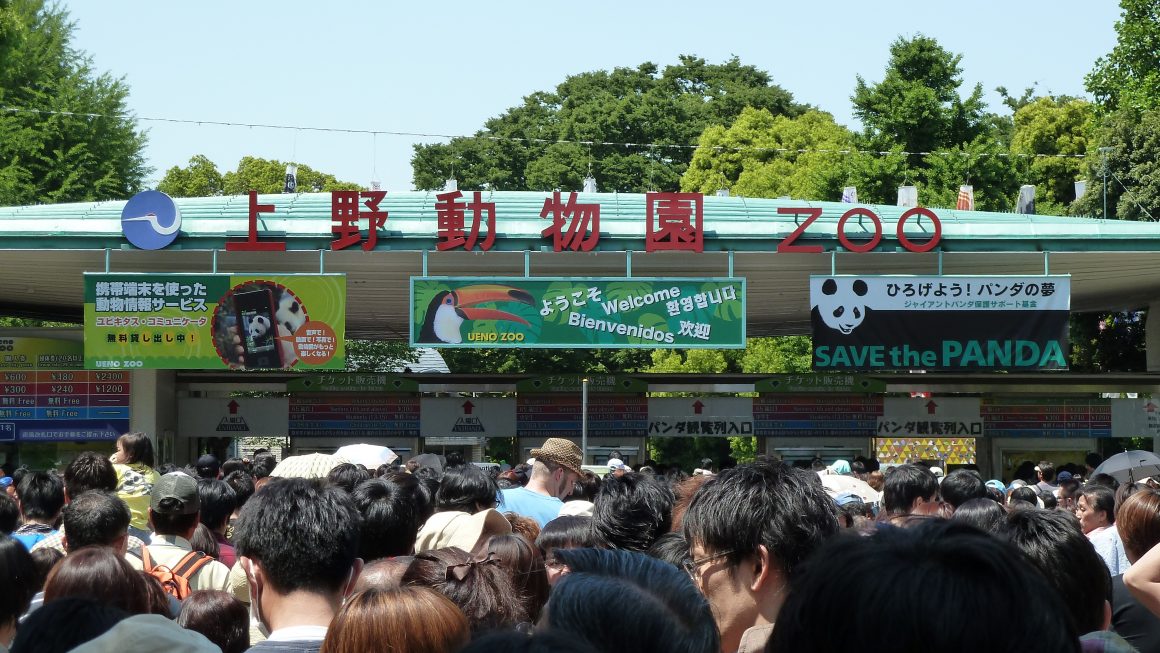 Located in Tokyo’s Taito Ward within Ueno Park is Ueno Zoo, which happens to be Japan’s oldest zoo. Founded in 1882 by naturalist and civil servant Tanaka Yoshio, the zoo had a troubled history.

In 1943, during World War II, the United States conducted air raids on Tokyo. Shigeo Ōdachi, the administrator of Tokyo, ordered for some of the animals in the zoo to be killed out of fear that they may run loose if it gets hit by the raids. Most of them were killed through poisoning and other methods such as starvation diets. Today, a monument dedicated to these animals stands in the zoo today.

Since then, Ueno Zoo has grown considerably and the old fashioned cages were replaced with modern exhibits and enclosures. Today the zoo is home to 400 species of animals and is considered the flagship zoo of Japan. If you’re planning to visit Ueno Zoo during your next trip to the Land of the Rising Sun, here are some of the attractions and exhibits that you might find fascinating.

The stars of the Ueno Zoo are undoubtedly its Giant Pandas. Ueno Zoo has a long history of having pandas live there. These bears are very popular among Japanese visitors for its unique black and white fur and how cute it looks when they’re munching on bamboo.

In 1972, the first pandas arrived in Ueno Zoo from China. Since then, the zoo has worked with both the Beijing Zoo and San Diego Zoo to help out with the breeding and conservation of wild pandas. In 2011, Ueno Zoo received two new pandas, Ri Ri and Shin Shin. If you plan on visiting these adorable giants, be sure to check the timing for the panda’s feeding session so you can watch them much on some bamboo.

A trip to the Aye-Aye Forest is a gateway from Tokyo to the jungles of Madagascar. This exhibit is home to several lemur species such as the Ring-tailed lemur and Ruffed lemur. However, the main star of the exhibit is the Aye-Aye, the world’s largest nocturnal primate. The animals are known for their really long fingers and huge red eyes.

The Aye-Aye is loved by the Japanese public as opposed to being feared in their native Madagascar due to the local belief that they bring misfortune. It’s popular among Japanese children who learned about the animal in nursery rhymes in kindergarten.

Visitors to the Aye-Aye Forest can watch Aye-Ayes can other lemurs play and feed in their enclosure. Zoo Staff have altered the Aye-Aye’s sleeping patterns by breeding them in a dark room so they can be awake for visitors to see.

Want a break from walking around and a gorgeous view to gaze at? Shinobazu Pond is the perfect spot to relax and go for some birdwatching. Huge stretches of lotuses cover this lovely pond which blooms during the summer.

However, the main attractions of Shinobazu Pond are the resident and migratory birds. Visitors can find several species of ducks swimming and feeding in the pond as well as animals like the alligator snapping turtle. Furthermore, exhibits for the eagle, pelican and oriental white stork can be found here. Visitors can also pay a visit to the Kankan-tei tea house for some afternoon tea while marvelling at the stunning scenery.

Did you know you can pay a visit to the African Savannah while you’re in Japan? The Animals of Africa houses several species of large animals native to Africa. These include Giraffes, Zebras, Hippos and Rhinoceroses and they live side by side grazing in their enclosure. However, its biggest attraction is the Okapi. This strange animal native to the Congo looks like a strange mix of a horse and a zebra though it’s not related to either animal. It’s actually a member of the Giraffe family.

How To Get To Ueno Zoo

The Zoo opens from 9.30 pm to 5 pm from Tuesdays to Fridays. The zoo is closed on Mondays, Public Holidays and from December 29 to January 1. Tuesdays will be closed if Monday is a Public Holiday.

Admission is free for everyone on March 20 for Ueno Zoo’s Anniversary Day as well as May 4 for Greenery Day and October 1 for Tokyo Citizens’ Day. Junior high school students attending schools in Tokyo as well as the disabled and their caretaker will be given free admission.

National Museum of Nature and Science

Opened to the public in 1871, the National Museum of Nature and Science is a museum dedicated to natural history and pre-Meiji era science. The museum’s collection includes skeletons of animals both extant and extinct, old inventions and several minerals. Also on display are many animals that were stuffed including the body of the famous loyal dog, Hachiko. Visitors can also find a locomotive displayed outside the museum.

Housing a large collection of western art, the National Museum of Western Art is one of the most popular museums in Japan.

The Ueno Zoo is the perfect place to spend time with family if you’re looking for a break from Tokyo’s concrete jungle. With some of the most unique and rare animals in its enclosures, Ueno Zoo offers an experience that you won’t find in any zoo. So if you’re planning your next trip to the Land of the Rising Sun, pay Ueno Zoo a visit!

The thing that I love about travelling the most is the exposure to different cultures and customs. You'll learn more about people and the way they live which can really help you grow as an individual.