Ireland is experiencing a tourism boom that drew 10.65 million visitors to the island in the year 2017. While that figure hardly compares to other destinations (Walt Disney World attracts 52 million visitors a year – and that’s just Orlando), it is substantial for Ireland. There are only 4.784 million people in the Republic and 1.871 million in Northern Ireland.

The combination of the exploding tourist population combined with Ireland’s predictably unpredictable weather means visitors should time their trip wisely. Want good weather? Visit during summer. Want low prices? You’re going to have to suffer the weather (it’s not as bad as you think; Ireland has a very mild climate).

When is the best time to visit Ireland? That depends on what you’re after. Here’s what season to choose to remove the stress from your planning and the holiday. 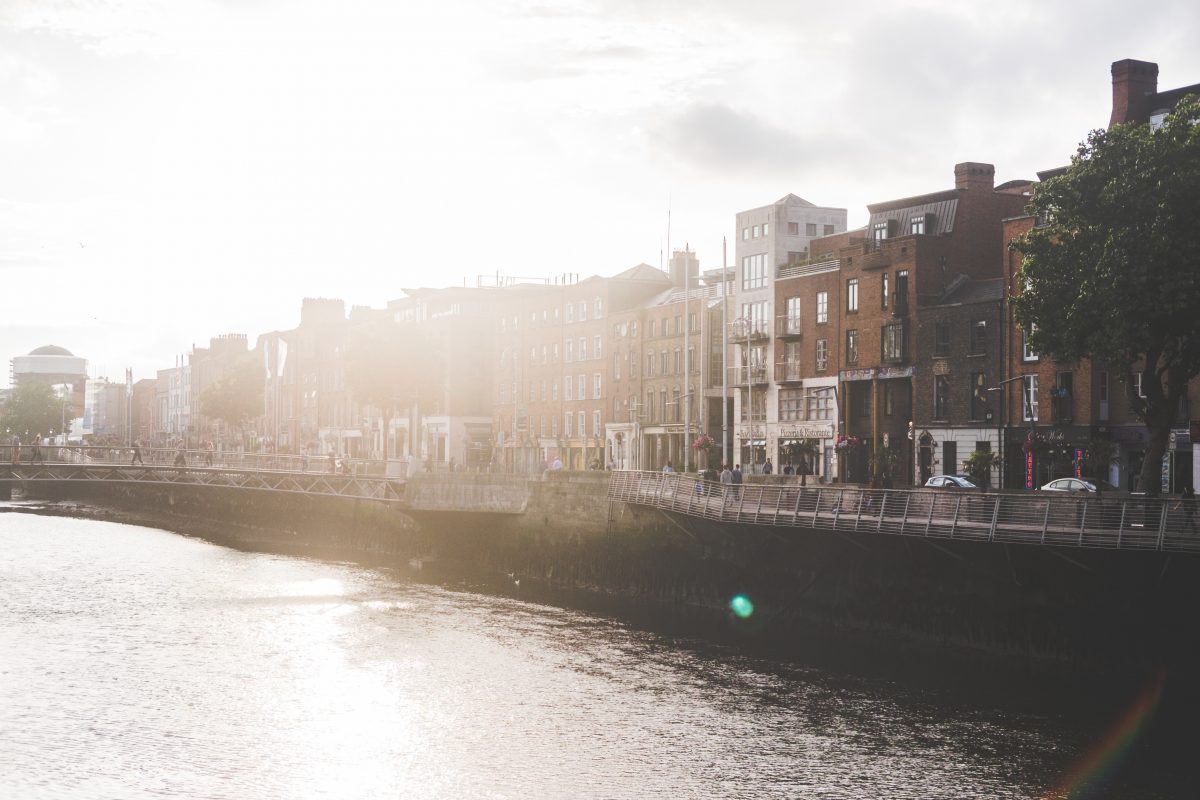 ©Photo by Luke Tanis on Unsplash

The weather in Ireland is a gamble at any time of the year. The eastern side of the island receives 750 to 1,000 mm of rainfall each year. On the wild west coast, it rains even more with an average of 1,000 to 1,400 mm per year. That said: there’s no place like Ireland in the sunshine.

Your best chance of experiencing Eire in the glimmering sunlight is during July and August. Plus, the months after the summer solstice offer extended sunlight hours, which provides more opportunity for the weather to clear up even when it does rain (and it will).

July and August are also the peaks of Ireland’s summer temperatures. Although the island’s 60-70 degree Fahrenheit temperatures won’t cause heatstroke in many visitors, the locals are all outside reveling in the relative summer heat. So as you pack a light sweater for the 65-degree day, keep an eye peeled for sun-starved locals cannonballing into the canals of the Liffey and the Shannon in celebration of the heat.

Even still, Ireland’s sunshine comes at a price. The crowds come from across Europe and around the world, and Ireland also has a healthy internal tourist industry. Keep in mind that the island’s population more than doubles thanks to tourists and plan accordingly: eye-watering flight and accommodation prices accompany the summer crowds.

Things To Do In Ireland In The Summer 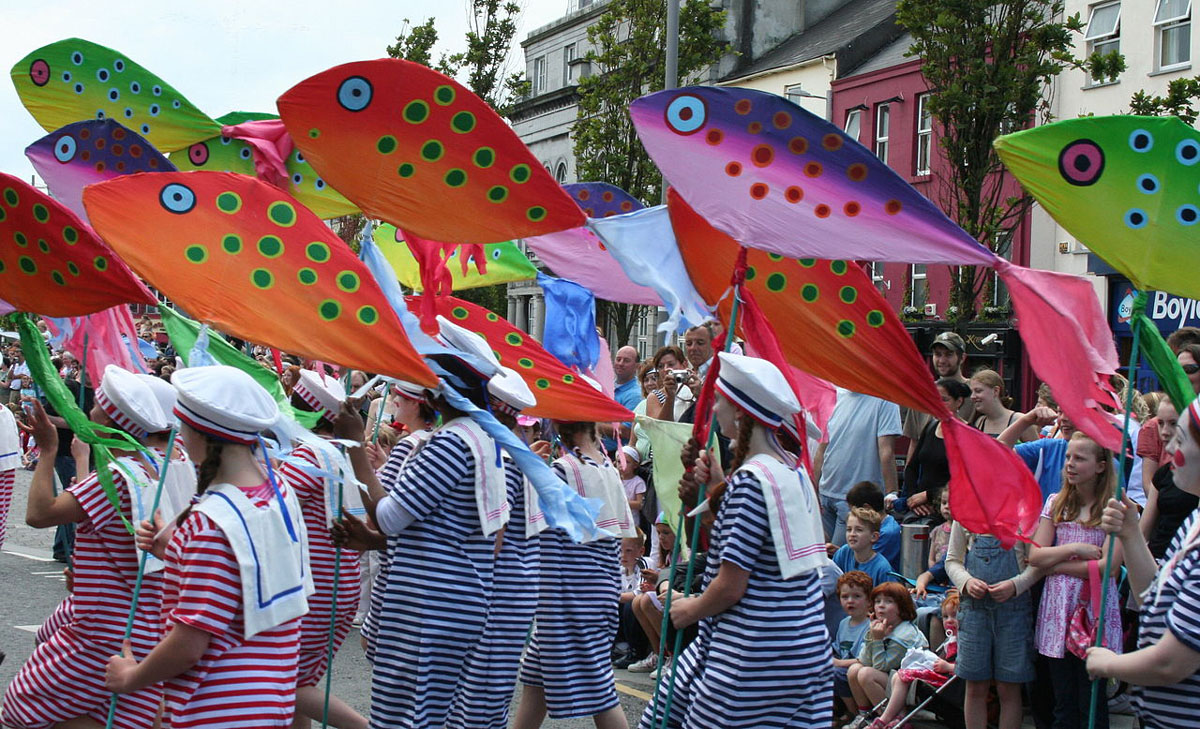 Summer is the first part of festival season, and if you’re looking for an itinerary that digs deeper than visiting the Guinness Storehouse and the Cliffs of Moher, these events are an excellent place to start.

The Galway International Arts Festival is a hit for locals and tourists alike. Galway’s arts venues fill up with music, opera, theater, art, and cinema throughout the last two weeks of July. Acts come from across Ireland and the world.

Finally, if you can’t get tickets to Electric Picnic, try the Lisdoonvarna Matchmaking Festival. Located in rural Co. Clare, the festival hosts 40,000 people in this (very) small town who come here to fall in love with the old fashioned way. Matchmaker Willie Daly hosts a village-wide party filled with country music, dancing, craic, and maybe even your soulmate.

Are festivals not your thing? The summer is the perfect time to enjoy the Irish landscape up close. Hiking, camping, trekking, canoeing, surfing, kitesurfing, and stand-up paddleboarding are all favorite past times of people from around the island. Whatever you choose, you’ll go home exhausted but delighted. 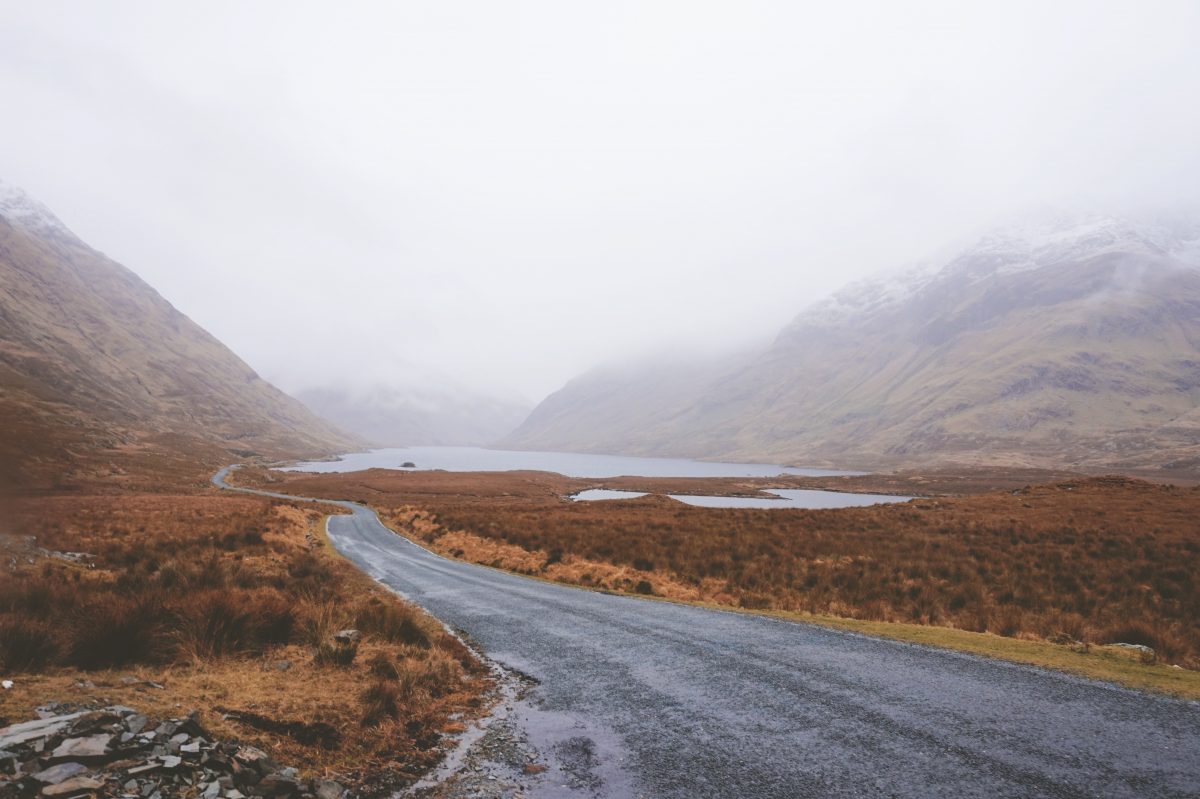 ©Photo by Claire Bissell on Unsplash

The period between January and March is Ireland’s deep winter. But before you balk at the idea of a winter vacation, it’s worth noting:

Ireland doesn’t get very cold – at all.

January through March (before Saint Patrick’s Day) is Ireland’s lowest tourist season. Out of the 9 million people who landed on the Emerald Isle in 2017, only 1.6 million of them (18%) visited between January and March. Why? It’s cold, and daylight comes at a premium — the sunsets around 4 or 5 PM. And everyone has just wrapped up their Christmas travels. The winter period is now the best – and only time – to score a great deal in Ireland.

Everyone loves a good deal, but it’s particularly important in Ireland, especially if you want a stress-free holiday. Why? Because Ireland (and Dublin in particular) is now the third most expensive place in Europe for visitors. Yes, Dublin is more expensive than London, Paris, Amsterdam, and Rome.

There are few deals to be had during the peak tourist season. Even shoulder season can be out of reach not only for budget travelers but the average holidaymaker who has a bit of extra money to burn but doesn’t want to spend a fortune.

January to March is the island’s low season, and it is definitively the best time to book a B&B, hotel, holiday rental, and rental car. You can save upwards of 30% compared to the high season, and you’ll have far more choice. You’ll appreciate these discounts even more after stepping off the plane. Unlike other ‘expensive’ European cities, Ireland doesn’t get cheaper when you get here: transport, food, and taxis are all expensive throughout the country.

Why is the low shoulder season the best time to go to Ireland for the more budget-conscious? Both European and Irish tourists are at home this time of the year. Additionally, the days are shorter, and storms are more frequent, which puts the less adventurous travelers off of the Irish coasts and countryside. Plus, the bank holidays are all over until St. Patrick’s Day arrives.

On that note, be sure to arrive and leave well before Ireland’s biggest holiday. Flight prices in mid-March will leave you wondering whether the airline wants to see you a seat or the entire plane.

What To Do In Ireland In The Winter 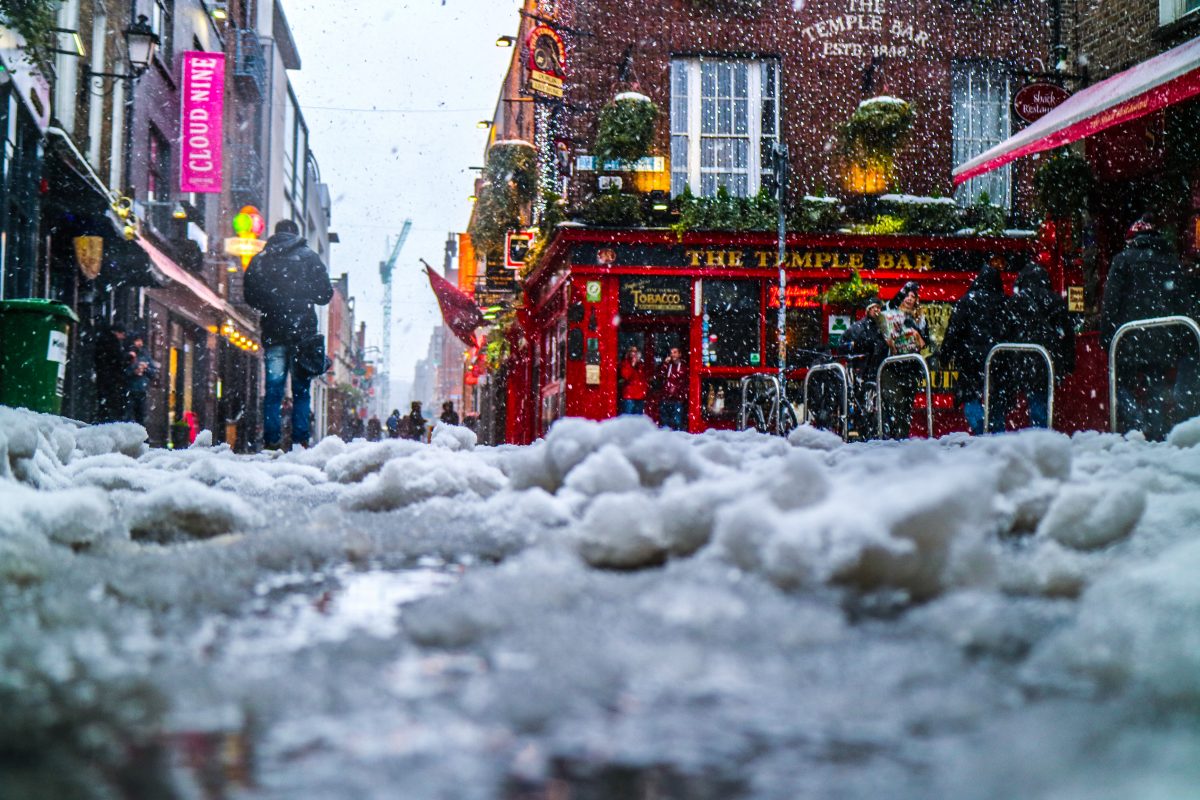 ©Photo by Tom Cleary on Unsplash

By now, you probably wonder whether a discount is worth the weather. But there’s one hidden benefit that those sun-seekers will never find out about: the light. Because Ireland sits at a higher latitude than many other countries (bar northern Canada and Scandinavia), the sun hangs lower in the sky. The light it casts on bright days is rich and warm, and it lights up both the green valleys and the snow-covered hills in ways that continually inspire artists around the world.

Winter is best spent indoors, and there’s so much to be said about Ireland’s public spaces. Dublin and Belfast have no shortage of museums, and all state-run national museums are free to enter. The theatre is also an Irish birth-right, and the post-Christmas season is a great time to pick up tickets to a show and an epic dinner before or after.

In Dublin, the Gaiety and the Abbey Theaters offer up an impressive list of shows all year. Head north to Northern Ireland to Belfast’s Lyric Theater, which is a community theater at heart but also boasts Liam Neeson as a patron.

The west coast is particularly wild at this time of year, but that shouldn’t keep you away (as long as you heed weather warnings). Local pubs are meeting centers and cultural hubs where you’ll meet people from down the road or down the country enjoying a pint, a story, and a bit of music with friends and family. Some Irish pubs are even famous for being “cozy.” The most famous of these include: 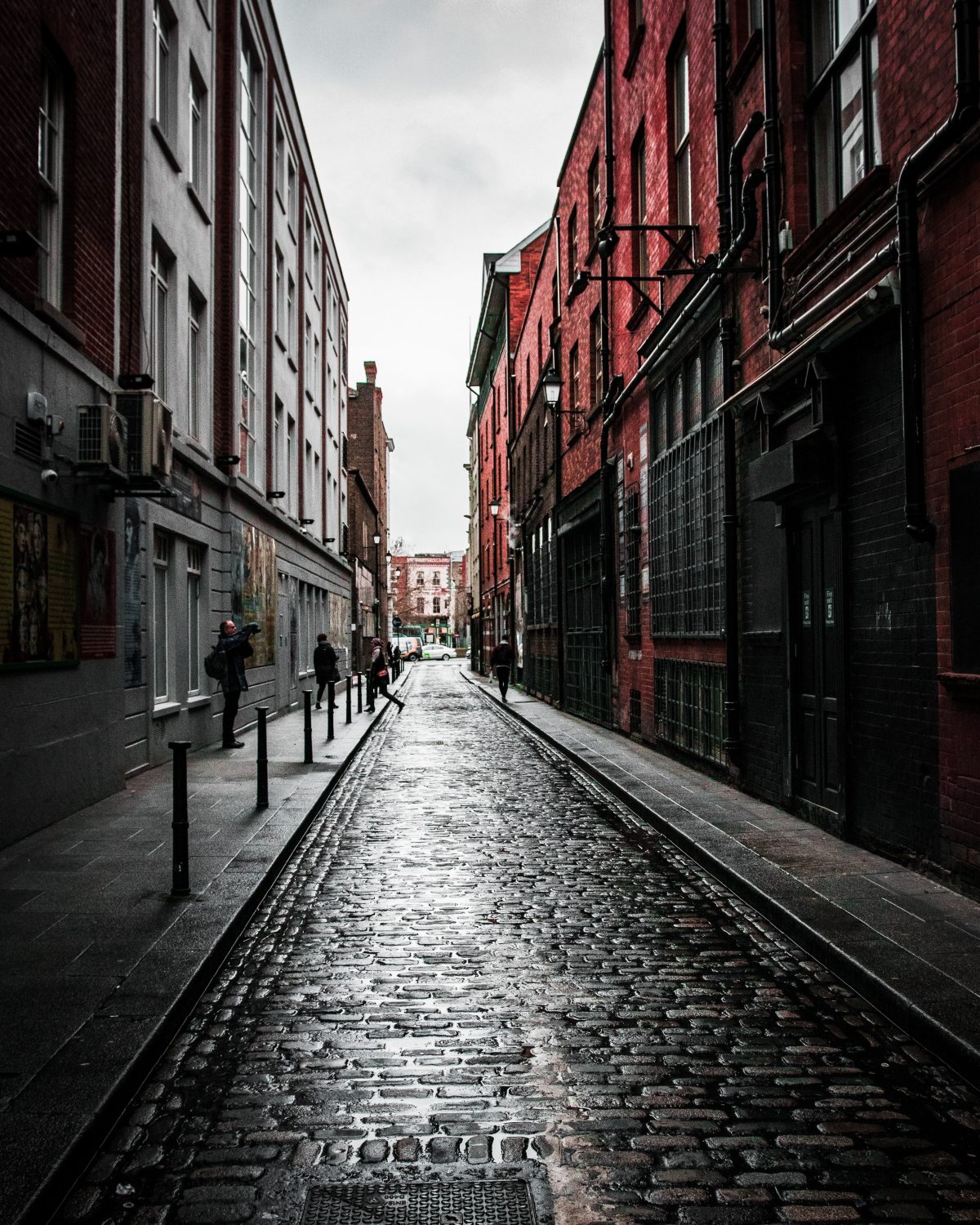 ©Photo by Flemming Fuchs on Unsplash

October to December is Ireland’s post-boom shoulder season. The days get shorter, the temperatures drop, and the characteristic autumnal storms begin rolling in. Dubliners start to feel like they have reclaimed their city from the holidaymakers – at least temporarily.

Overall, both the weather and prices are mild. But more importantly, the fun is just beginning. If you love cultural events, autumn is the best time to visit Ireland. Although music festivals peak during the summer, these are just a warm-up as to what’s to come. Let’s not dilly-dally. Here’s just a smattering of the cultural events and festivals during this period.

Things To Do In Ireland In The Autumn 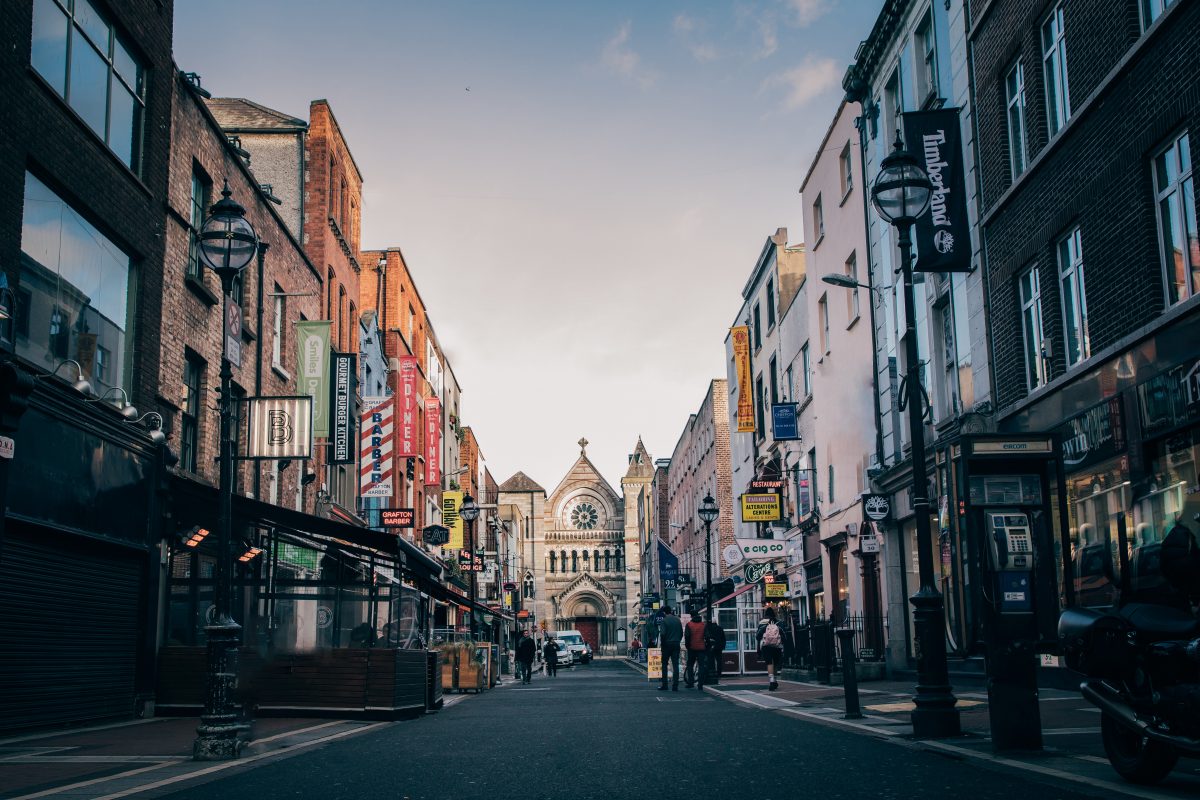 ©Photo by Gregory DALLEAU on Unsplash

There’s a festival for every fancy in Dublin and around the country (including Northern Ireland) between October and December. Here are just a few of the world-class events that Ireland puts on:

With a festival on virtually every week all autumn, it’s always the best time to visit Ireland. And don’t worry if you don’t get tickets for the big headlining shows. Last-minute tickets to smaller venues are half the fun. 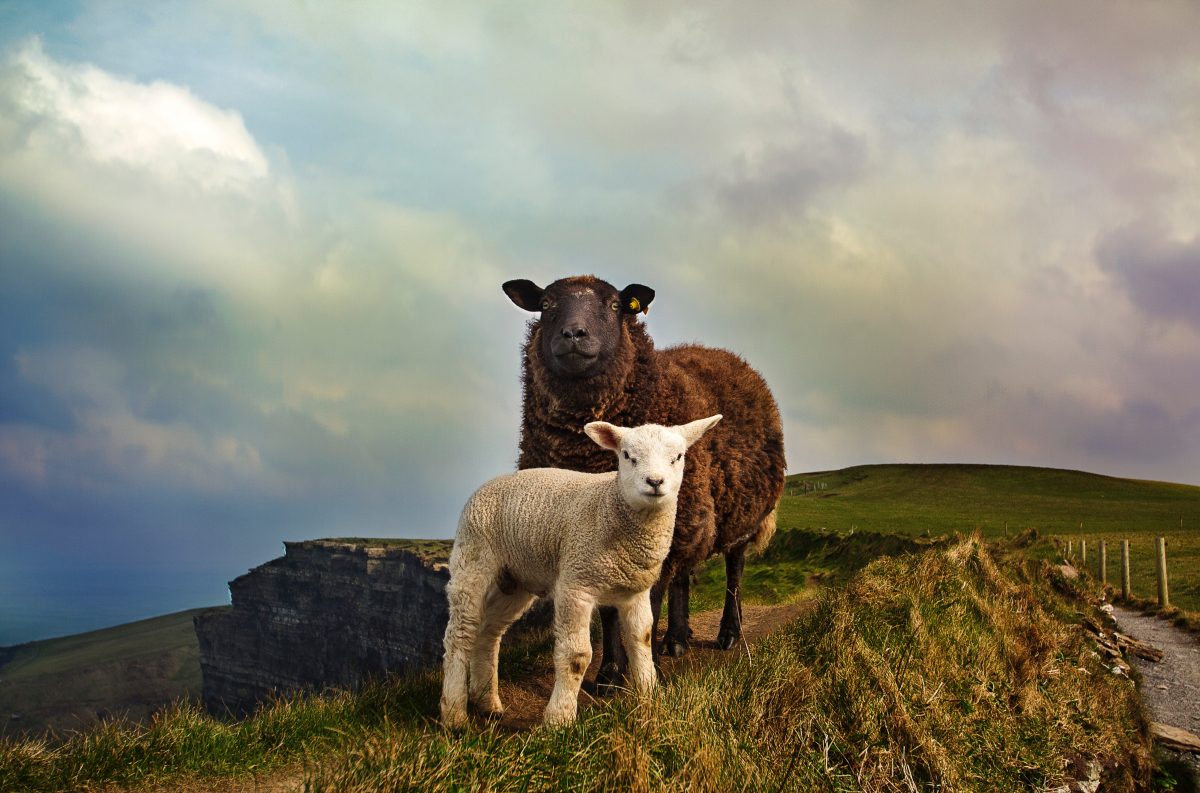 ©Photo by Megan Johnston on Unsplash

The best weather in Ireland tends to run through July and August, but with the peak weather and the traditional holiday months for continental Europeans come the crowds. Ireland’s early shoulder season is the ideal time to visit the southern and western coasts, which include the Wild Atlantic Way. The weather may not be as warm, and it is undoubtedly more changeable compared to the summer months. However, the days begin to get longer as you enter May and June (4:30 AM to 11 PM).

Why visit rural areas in the early shoulder season? You’ll miss out on the severe storms that increasingly make landfall in October and November. Those storms tend to smash into the west coast and render it inhospitable. As a result, accommodation, transport, and even attractions tend to be more seasonal with the more remote places shuttering to tourists in early October.

Additionally, accommodation and infrastructure along the west coast, in particular, remain limited – at least compared to demand. A trip during peak summer season means fighting for housing and significantly higher prices. Ireland also has a thriving domestic tourism scene, which means you compete both with international visitors and locals looking for their summer holidays. Meanwhile, heading west in the spring guarantees you the best prices and far more choice in accommodation.

Best Things To Do In Ireland In The Spring 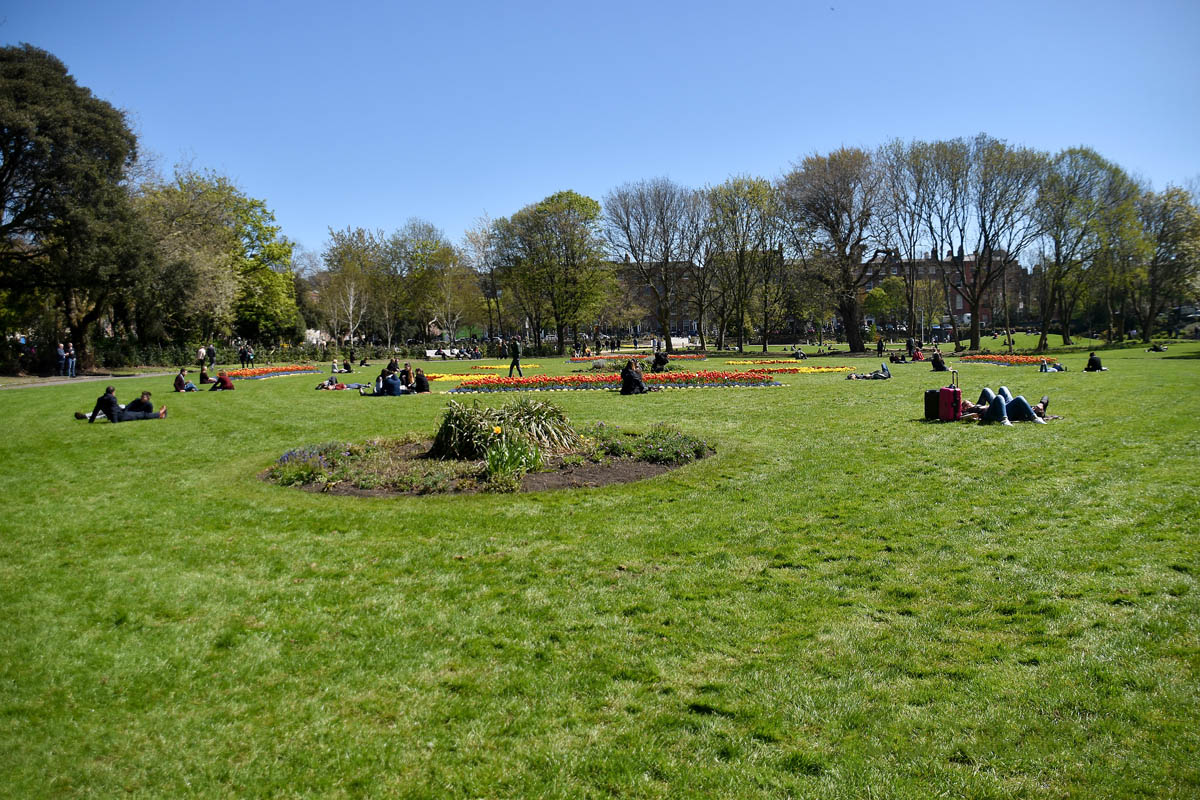 The spring season is the best time of year for Irish road trips. B&bs have more availability, which means you can drive without a destination (and not sleep in the car). Rental cars are also more available. Plus, spring is the season where Ireland’s wildlife returns to the coast. It’s a prime season for spotting puffins, baby seals, and watching newborn lambs stumble around pastures. Irish road trips are world-class, and spring means you’ll have (more of) the road to yourself.

Some of the best road trips to start before the crowds descend include:

The Ring of Kerry

Gelngesh Pass to Cliffs of Moher

Other hotspots with reasonable crowds include Killarney National Park and the Game of Thrones Territory. Now if you want to get away from the most commonly traveled paths, this is also a great time. Local secrets include:

It’s safe to say that there’s really no best time to visit Ireland because visiting this beautiful place is worth it all year long! Now that you have a detailed guide, you can plan your Ireland trip accordingly based on the events and holidays you want to partake in.