The aurora borealis — or more famously, the Northern Lights — is a magnificent display of color and light in the night sky. You have probably seen the occurrence in movies or TV shows, but have you ever had the opportunity to see it for yourself? Maybe you’ve wondered if you will ever get the chance to within your lifetime. After all, it seems like it happens very rarely. However, if you’re in the U.S., make it a point to see the Northern Lights in Michigan. Trust us, it’s worth it.

In Michigan, there are places and areas to camp out and a perfect excuse for you to stay up late for the glory of the lights. But, where in Michigan? It’s not like you can go anywhere in Michigan and have a clear view of these northern lights.

Hence, here’s why we’ll take a look at the best places to see the spectacular Northern Lights in Michigan. And possibly find out when is the best time to see them in Michigan. But before that, let’s examine how and why this interestingly yet beautiful phenomenon happens in the first place.

Myths From The Past 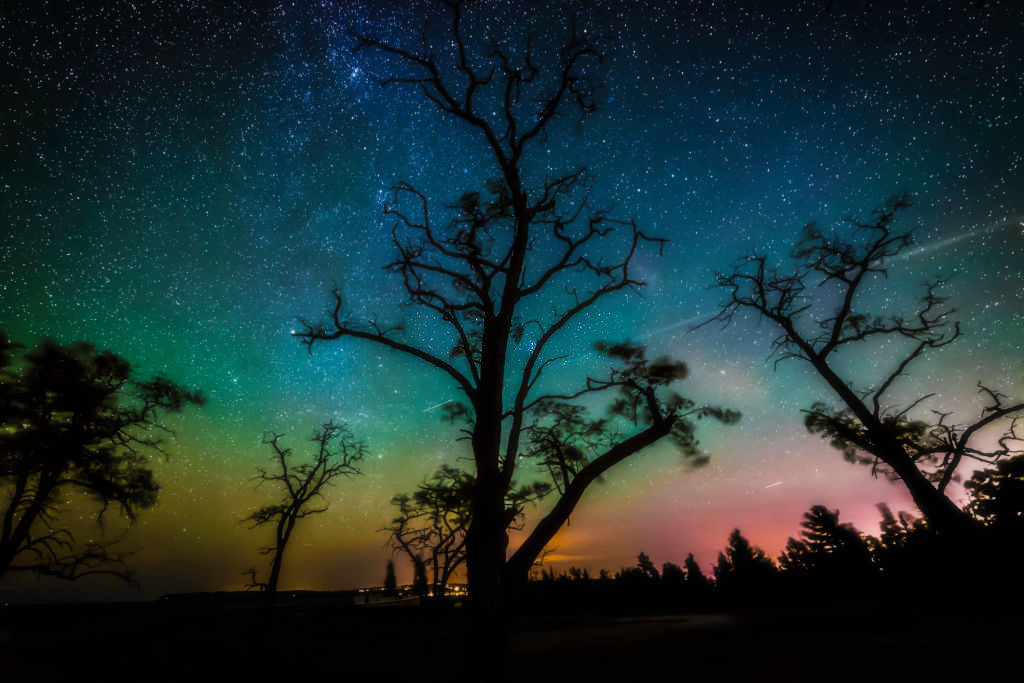 In the past when there were little to no scientific discoveries, humanity could only do so much to theorize about this strange yet beautiful phenomenon. Sometimes, it was thought of as an omen for something bad. Other times, it was known to be a harmless occurrence. But without proper scientific reasoning and research, we created interesting myths about the spectacular lights.

The most ancient citing of the aurora in written history was in China. It was written in 2600 BC. It reads that they saw strong lightning moving around which illuminated the entire vicinity.

Back in ancient Rome, Aurora was considered to be the goddess of the dawn, but it wasn’t just the Romans who’ve had legends and myths surrounding the magical lights. Many different groups of different cultures had their own folklore and legends about the magnificent lights. They were sometimes thought of as foreshadowing of war or famine.

In 1619 AD, Galileo Galilei created the term “aurora borealis” after the Roman goddess. Aurora borealis actually means “dawn of the north” and its counterpart, aurora australis means “dawn of the south” (yes, the north isn’t the only place to view this spectacle). Galilei thought that the auroras were the sunlight’s reflections from the earth’s atmosphere.

In 1790, Henry Cavendish observed the aurora quantifiably. He estimated the altitude of the aurora lights. And finally, from 1902 to 1903, Kristian Birkeland conducted his “terrella experiment.” His findings concluded what causes aurora borealis and his research gave way to the making of modern-day neon lights.

How Northern Lights Are Formed? 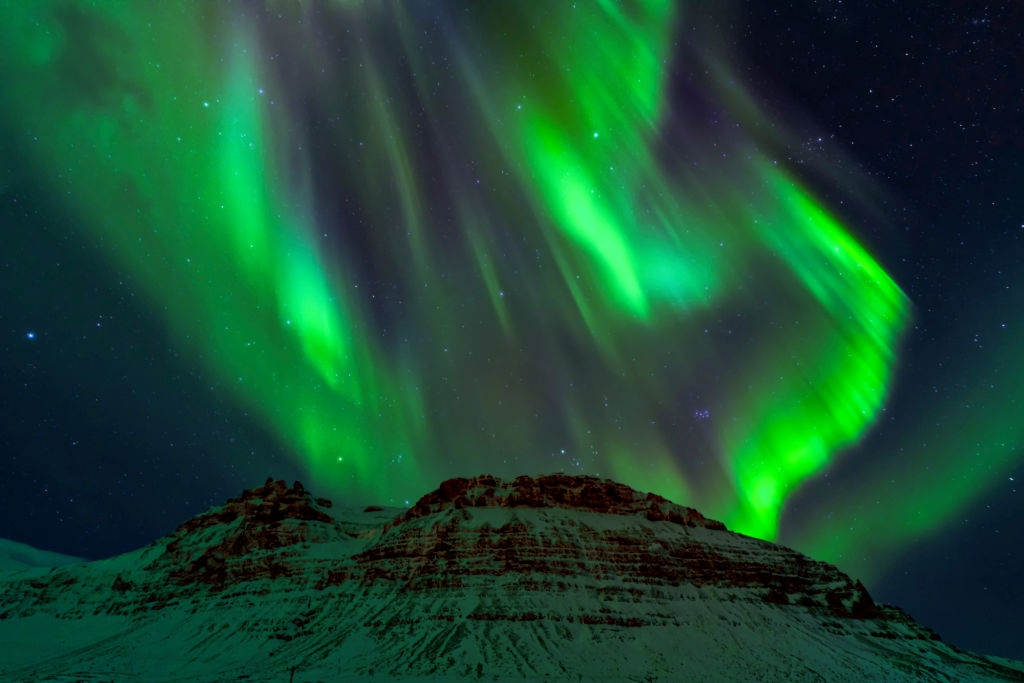 What causes the northern lights are actually sun particles. The sun gives off particles that react with the earth’s atmosphere. When stimulated, the gaseous particles in the air release photons. And with solar energy and magnetic energy being very strong in northern latitudes, this makes the reaction stronger that it creates the beautiful color waves we see as the Northern Lights Michigan.

The color differences are determined by the type of gases that are present in the air. Colors that usually appear are yellow-green produced by oxygen molecules. These oxygen molecules are typically 60 miles above the earth’s surface, but there are rare, red auroras that appear. This occurs when high-altitude oxygen gases are in the air, going up to 200 miles above the earth. There are also blue or purple-red auroras that appear caused by nitrogen in the air.

When’s The Best Time To Go? 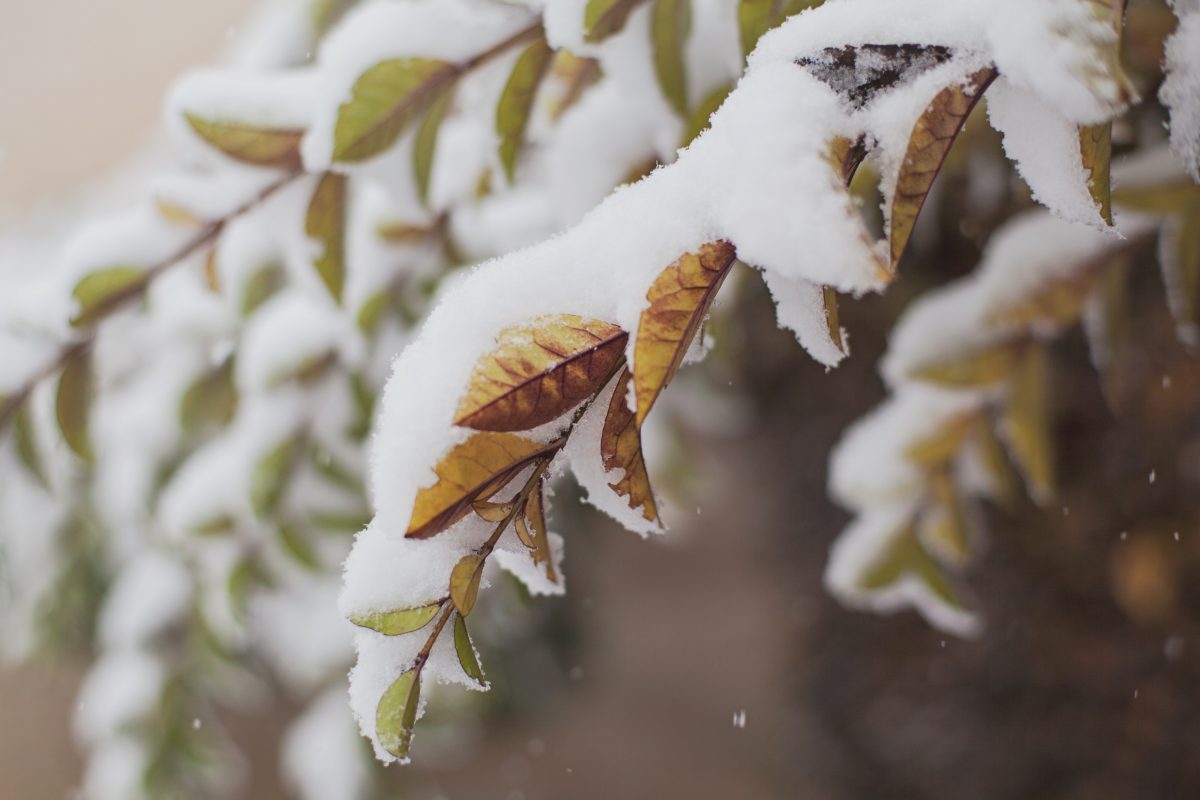 ©Photo by Sorina Bindea from Unsplash

The Northern Lights isn’t available all year round in Michigan. Hence, timing is crucial.

It’s actually nearly impossible to predict when they’ll appear, but fortunately, you can look out for certain telltale signs. The Northern Lights are actually cyclic, meaning it occurs periodically, peaking roughly every 11 years. You should also take a look at the Kp-index (the scale for geomagnetic activity). As geomagnetic activity gets stronger, so does the KP number. That just means the higher the Kp-index, the higher the chance you’ll have a geomagnetic storm and to see the aurora.

If you’re in the North, it’s best to go during late fall or deep in the winter. That’s especially ideal due to the long, dark and clear nights. And if you’re going during the winter, you might want to stay at a ski resort during your travels. Some suggest that March is a good time to view the Northern Lights in Michigan. During this month, the nights appears to be darker and daylight is limited. While some argue that there’s greater sunspot activity when it’s almost spring because it’s starting to get warm.

The best time of the night would be midnight until about 4 in the morning. Of course, make sure to go when the sky is clear. Although it’s not something you can control or predict, it’s also best if there’s little to no moonlight for the perfect viewing experience. 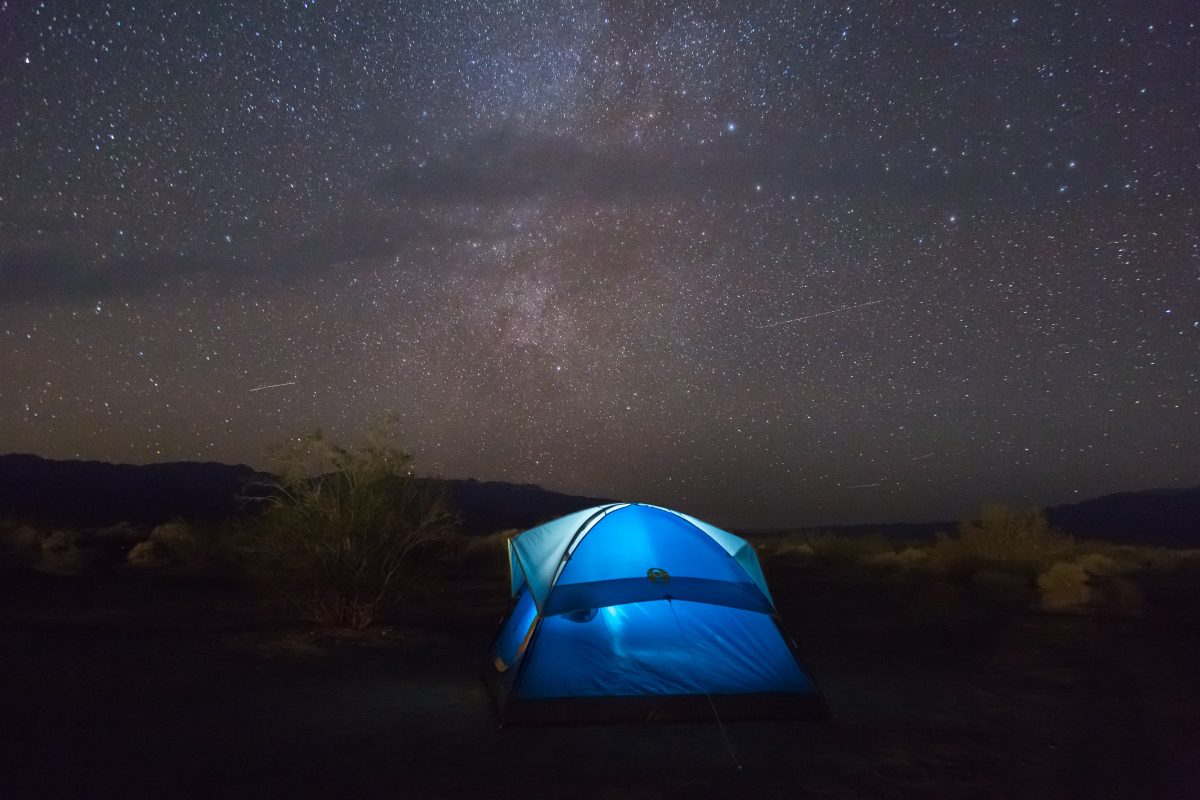 ©Photo by Wilson Ye from Unsplash

There are a number of considerations when it comes to viewing the Northern Lights Michigan. With modern-day society being brightly lit by cars, buildings, and city lights, it can be difficult to see the natural lights above us. It’s absolutely critical to get not only the right position but the right conditions as well.

At the intersection between Lake Huron and Lake Michigan sits the Headlands International Dark Sky Park in Mackinaw City. Since it rests on two miles of Lake Michigan’s shoreline, there’s plenty of space to view the Northern Lights Michigan. With forests spanning 600 acres in the area, there’s little light pollution. So the park is perfect for viewing the night sky. Best of all, Emmet County intentionally preserves this lack of light pollution.

The park also hosts programs and events at the shoreline’s Beach House. If not during an event, you can also view the sky in designated Dark Sky Viewing places. There are signs to help direct you to these viewing areas, so it’s convenient for all travelers.

Within Mackinaw City, head downtown then towards the west on Central Avenue. On Central Avenue, go as far towards the T-intersection at Headlands Road. When you get there, turn left, or south, then you’ll reach the park after driving about two blocks. It’ll be on your right with signages at the entry point.

Headlands Park has a guest house that you can rent for a minimum of two days. The guest house has room for 20 people, so it’s perfect for friends and family. Rental rates are $750 for peak seasons (May 1 to Oct. 31) or $500 for off-seasons (Nov. 1 to Apr. 30) with a security deposit of $300 for both. However, please remember that rates may change annually so it’s best to call beforehand. 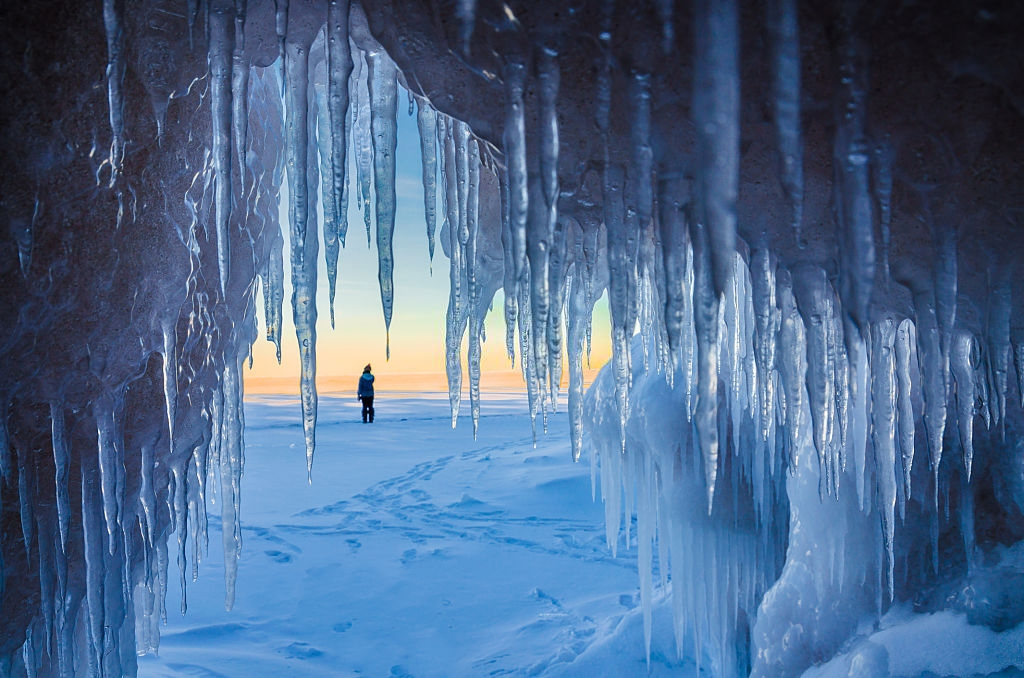 In Northern Michigan in the Upper Peninsula, you’ll find the large Lake Superior that spans between Michigan, Minnesota, Wisconsin, and Canada. It’s not only the biggest of the great lakes, but it’s also actually the world’s largest body of fresh water, which is why it’s called Lake Superior. It ranges about 160 miles wide and 350 miles long.

On this lake, you can have miles upon miles of viewing areas on the southern shoreline of Lake Superior. Whether in Brimley, Whitefish Point, Marquette, or elsewhere, travelers can get great views of the Northern Lights Michigan. It’s arguably the best place to view the Northern Lights.

If you look north over the horizon of the lake on the lower 48, you can see the vast expanse of the night sky. You might notice that you’re seeing more stars than you used to in the city. That’s because the skies at night can get very dark in Lake Superior, so it’s perfect for the Northern Lights viewing.

Lights shouldn’t be the only thing you’re concerned about. It’s important to find a spot that doesn’t have tree lines or hills to obstruct your vision. That’s because the Northern Lights Michigan will only appear on the very low horizon at this latitude.

The best way to see the Northern Lights Michigan is to be in close proximity to the best viewing areas during your visit. Of course, it would be ideal to go camping on the actual shoreline. Many people actually do go camping or stay in an RV when they’re around Lake Superior. You can go to the Lake Superior State Forest Campground to go camping or park your RV to stay and wait for the Northern Lights Michigan. It’s a well-reviewed place and it has great scenery, not just for the northern lights. 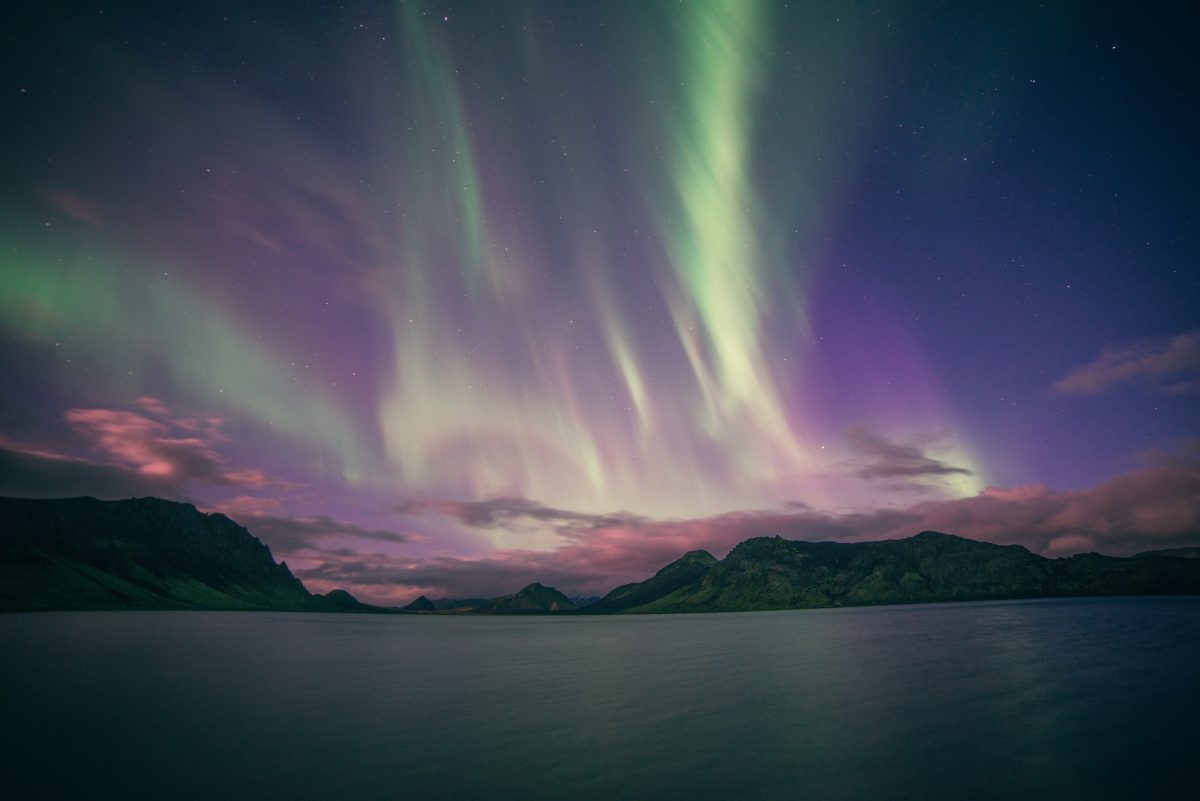 ©Photo by Jonatan Pie from Unsplash

Along the south side of Lake Huron near Port Austin, you’ll find Port Crescent, State Park. Port Crescent State Park is located on the tip of the thumb of Michigan. It rests along 3 miles of shoreline on Lake Huron’s Saginaw Bay.

The dark sky preserve is in the day-use area with parking fees and if you’re staying overnight, there won’t be any overnight reservations required. The shoreline’s even pet-friendly, so you won’t have to worry about leaving your pet home alone without the whole family.

If you’re planning a trip to Port Crescent State Park, you might want to consider all the activities the site has to offer. After all, you’ll only be waiting for the Northern Lights at night. During the day you can take the opportunity to fish, canoe, hike, ski, or event hunt. The park offers many opportunities for your friends and family to enjoy together. It makes for a nice little trip you can take on the weekend or during your vacation. And during the nights when the Northern Lights Michigan doesn’t show, it’s still a beautiful place to stargaze because of the low light pollution.

There’s a modern campground with views of the waterfront and a camper cabin in the park’s dark sky preserve. There, you can comfortably stay and view the Northern Lights Michigan while you’re camping with family or friends. Camping is definitely the best way to go if you don’t want to miss a thing on your expedition to see the Northern Lights Michigan. Make sure to bring all the camping gear you need. 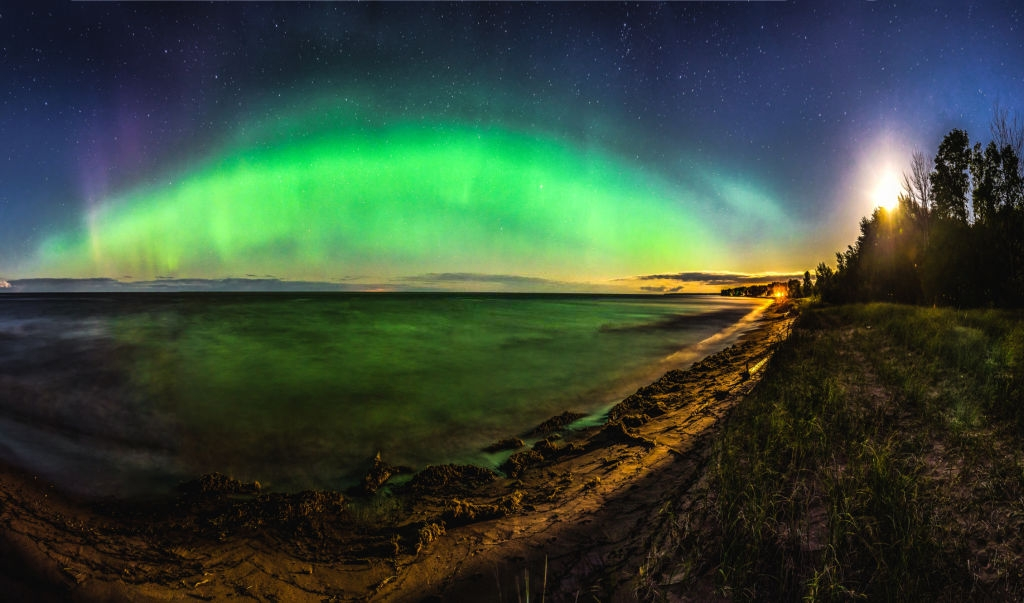 I bet you wouldn’t have guessed Ontonagon Beach is such a lovely spot for you to catch those stunning Northern Lights. As one of the less-known spots in Michigan, northern lights spotting here is generally more relaxed. Alongside the stunning beach, there is also a camping site nearby. Though it’s only open from May to October.

In the winter, the sun does not rise until 9 a.m. and it is still pitch black at 8 a.m. As a result of this idiosyncrasy, Ontonagon beach is a great spot to admire the starry sky and colorful dancing lights in a pitch-black environment at its very best. However, one thing you should take note of is the climate in this region is typified by large seasonal temperature differences. Hence, during the summer, it can get quite with warm and humid while during the winter the extreme cold can be quite unbearable. So, make sure you’re well-dressed for the occasion.

It’s difficult to time your visit correctly and to wait at night to catch the peak of the Northern Lights. It takes a certain kind of resilience and perseverance to actually wait for the chance to view the beautiful lights. You’ll also have to do proper research to plan your trip with proper timing. Often, it might be tiring and unrewarding. Results won’t always come. However, once you actually get a glimpse of the Northern Lights, it‘s definitely worth the wait. 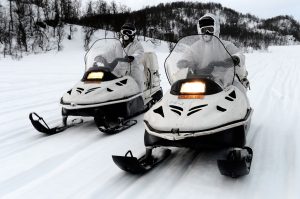 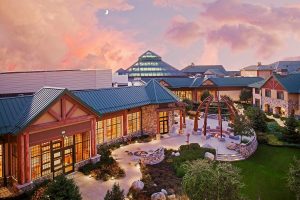