Boston’s food truck scene is a survivor. This is not the easiest environment in which to run a food truck, mostly because of restrictive city laws. These laws make it difficult for owners, but on the other hand, they do benefit the customers. Only the strongest survive in this environment, which means that the food trucks that last are the ones with the best food at the best prices. If you’re looking for cheap eats in Boston, there are several food trucks that have stood the test of time.

Boston’s food truck scene has been in place for years. And yet the city is ranked the worst in the US for restrictive regulations for starting a food truck business. It’s hard to get food truck licenses, the associated costs are prohibitive, and the regulations are hard to follow. And yet there are some food trucks that have managed to thrive. These are the ones that you need to look for on your nights out in Boston.

There are public and private food truck sites all over Boston’s neighbourhoods. You’ll also find them at local events, festivals and at dedicated food truck festivals. So, no matter where you are in Boston, chances are that there’s a food truck nearby. Just keep an eye out for some of these Boston favourites. 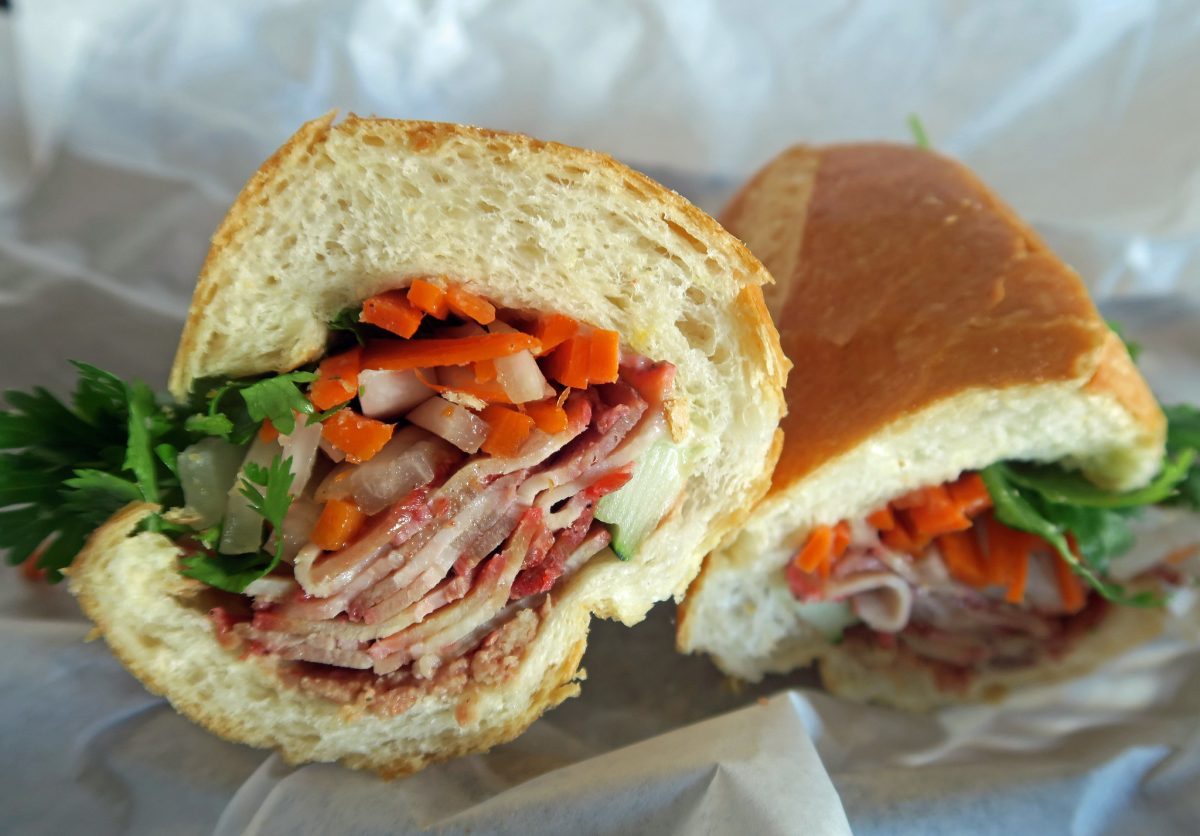 The Bon Me food truck first appeared in 2011 and since then it’s gone from strength to strength. There are now 8 permanent stores around the city, but the brightly coloured trucks still circle the neighbourhoods too.

This food truck has brought the humble and variable Vietnamese sandwich to Boston. The baguettes are crispy and light. The greens are bright and fresh. And the spice-rubbed chicken and miso-braised pulled pork are the best in the business. They’re everything that a Vietnamese sandwich should be, and then some. 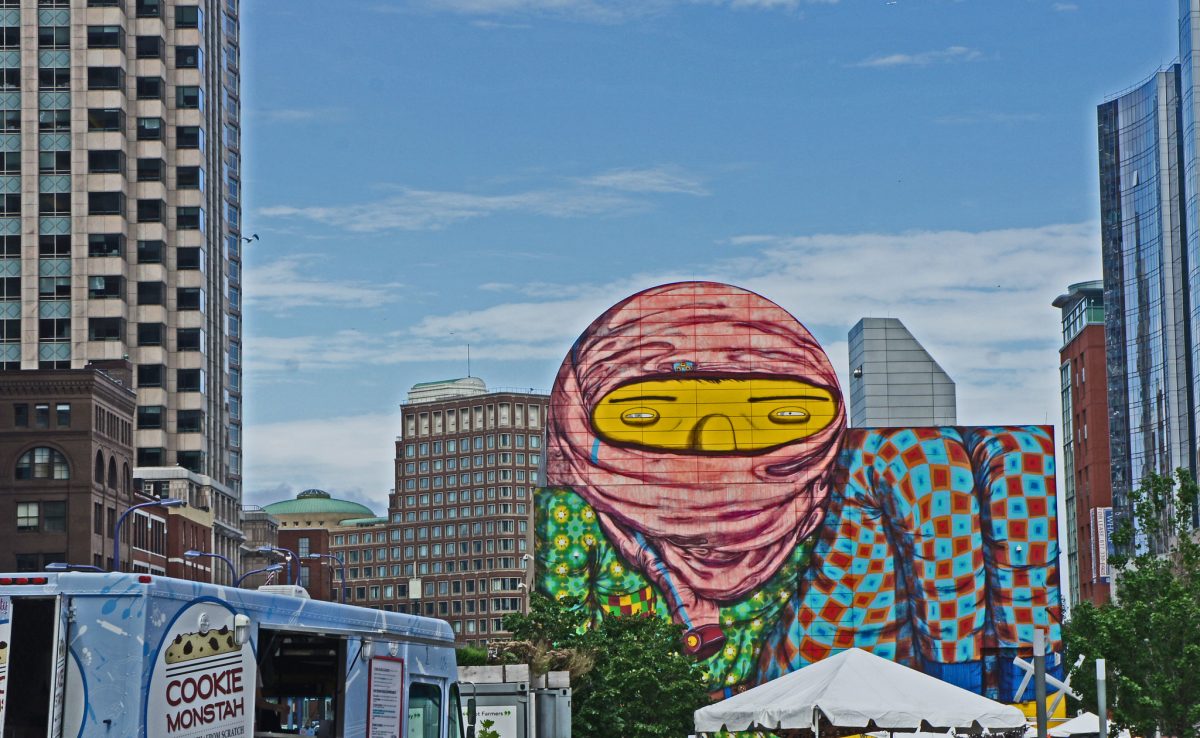 The owner of the Cookie Monstah food truck has been baking for decades and it shows. Her creations are slightly bizarre, always colourful, and so good that you won’t mind how much fat or sugar they contain. They’re perfect for dessert or on non-diet days, when you just want something sweet.

You can order classics like chocolate chunk or peanut butter from this food truck or go experimental. Add some ice cream to your cookies for a splash of sugary cold or order an ice cream sandwich like the Tahitian. It’s made from oatmeal coconut cookies and coconut ice cream is a treat that shouldn’t be missed. 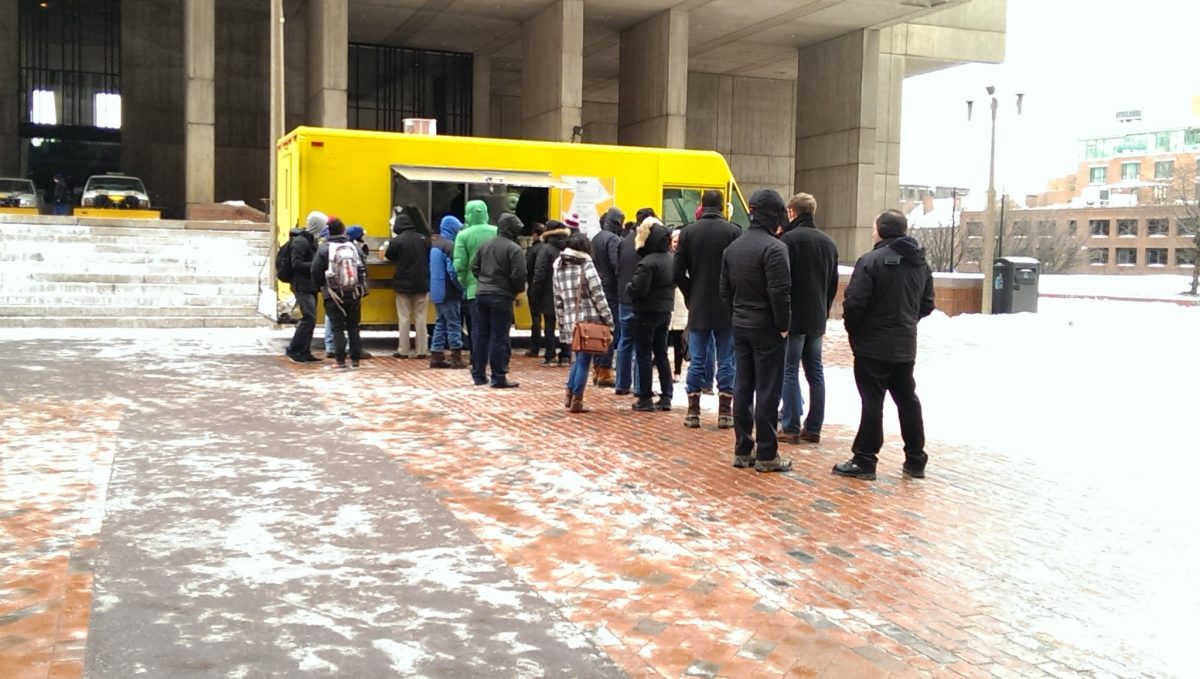 Sometimes, the simple foods are the best and that’s the idea that this food truck is based on. The Chicken and Rice Guys sell just that, rice or salad with chicken, gyro, tofu, or a chicken and gyro combination. And yet people line up for this deceptively simple meal.

Done right, simple can be exquisite. People line up at Chicken and Rice Guys because the meat is fresh and delicious, and you can choose your own sauces. In fact, that’s the best part of this food truck experience. They offer big squeeze bottles of almost every sauce you can think of. Just choose your favourite and add liberally and you’ve got an easy and delicious comfort meal. 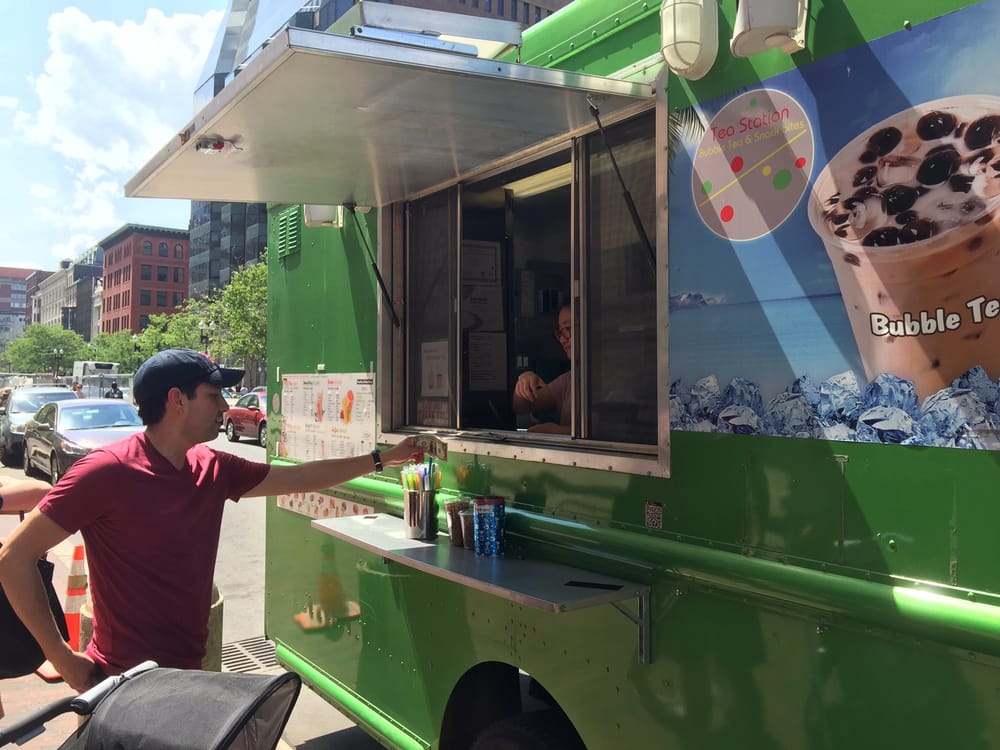 © Photo by Chris P. on Yelp

This food truck is what it sounds like. It offers thirsty Bostonians a variety of teas. But this isn’t just your ordinary mug of tea with sugar. Instead, they’ve dipped into the tea culture of several different countries to bring you the best and weirdest teas in the world.

When you stop by this food truck, you’ll have to decide between Taiwanese Bubble Tea and taro tea. You’ll dither between Thai tea and the sweetness of lychee tea. And as if that wasn’t hard enough, you can also order coffee, slushies, smoothies, and frozen yoghurt. Basically, you’ll find any drink that helps you survive a hot summer’s day at Tea Station. 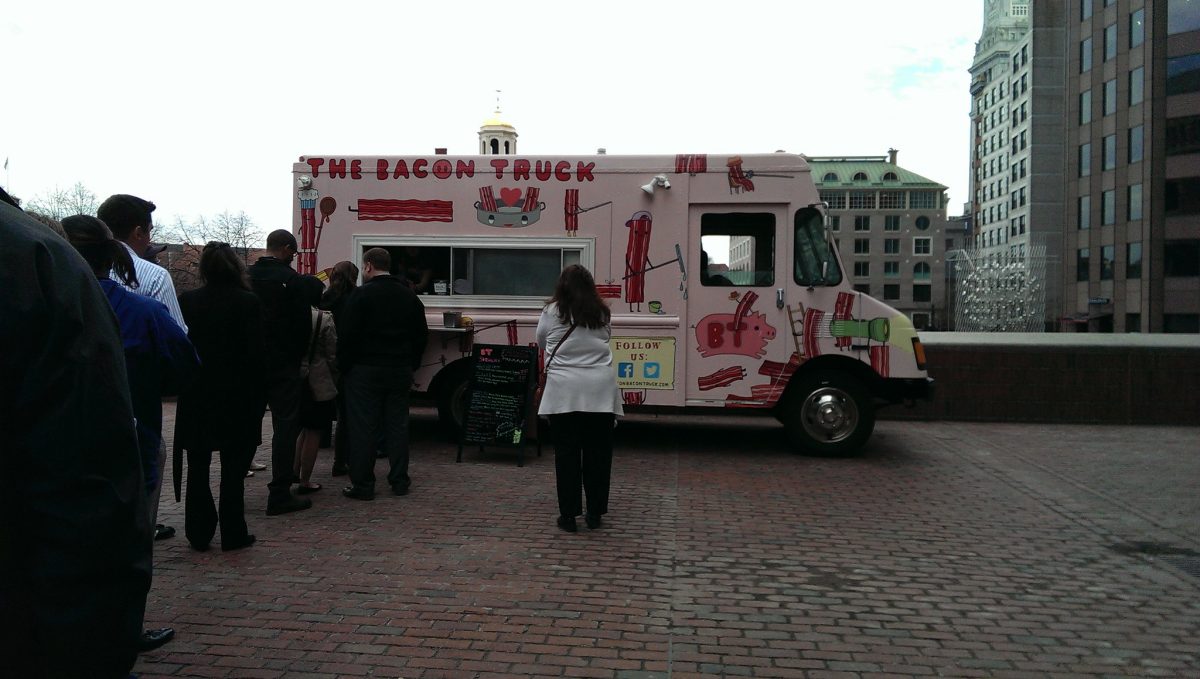 Who doesn’t love bacon? The owners of The Bacon Truck believe that it should be the centre of a meal and have designed a menu around it. It might not be the healthiest food around, but the sandwiches they sell might be some of the tastiest.

You can get everything from a classic BLT with garlic bacon mayo to a Pork & Mindy with bacon, braised pork, cheese, and a smoky aioli. They also have dessert, though bacon features prominently in this course as well. If you’re brave, you could try the candied bacon sold by this food truck. Just refrain from eating for the rest of the day.

There’s nothing quite like a fresh taco filled with cheese, meat, and spices that hit you like a punch. And that’s exactly what this food truck offers. The lime green Baja Taco Truck is almost an institution in Boston, selling a range of delicious Mexican dishes at great prices.

You can get more than the amazing fish tacos from this food truck too. They offer burritos, cheesy tostadas, and zingy guacamole. Basically, if you like fast, fresh Mexican food, then track down the Baja Taco Truck. 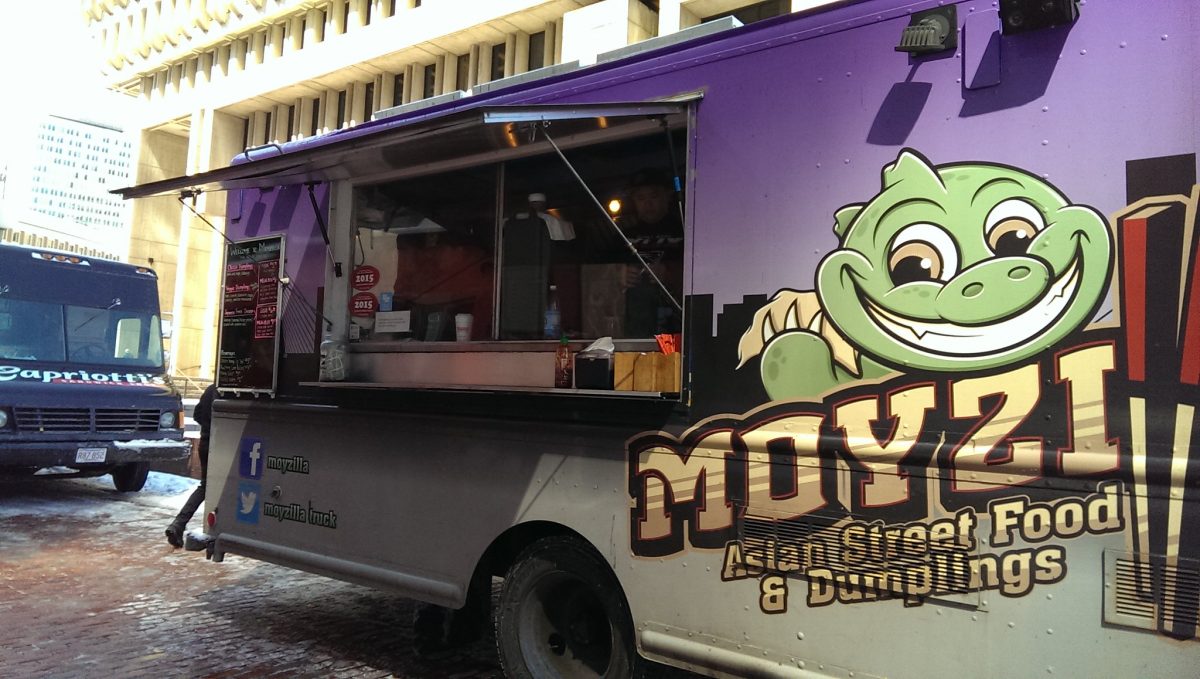 With the catchphrase ‘Make way for dumplings’, you should know what you’re going to get from this Moyzilla. They aim to bring the freshest and most creative Asian street food to Boston. And once you taste some of their menu, you’ll agree that they’ve met their own goals.

You can get tasty noodles, tempting meal boxes, or delicious skewers from this food truck. But of course, the dumplings are the stars. These aren’t ordinary dumplings either. Some of their offerings include a cheeseburger dumpling with secret sauce as well as the classic pork and napa cabbage dumpling. You can also get dessert dumplings and classic Asian comfort foods like chicken karaage and panko crusted pork.

The food truck is a favourite way to eat in Boston. It’s cheap, easy, and convenient, and offers you a range of options that you just find anywhere else. So, when you’re exploring Boston, keep an eye out for a brightly coloured truck and a line of people. You just might be in for the best meal of your life. 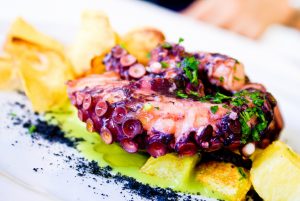 The Best Seafood Restaurants In The U.S.
Hotels & Accommodation 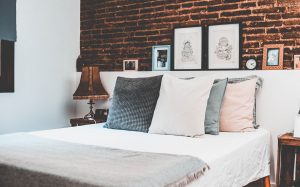 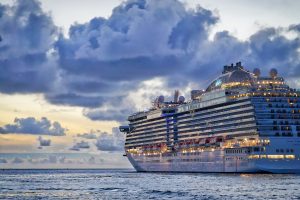