Eclectic. Vibrant. Colourful. These are 3 words that encapsulate the very essence of Buenos Aires. The capital and largest city in Argentina has been opening its arms to millions of tourists every year.

Within the last 151 years, the influx of immigrants from across the globe has given Buenos Aires the status of a verified ‘melting point’. The diverse combinations of languages, cultures and people have all blended into one enchanting and inviting city.

If this city is the next stop on your travel itinerary, check out this helpful guide on the 15 must-see attractions in Buenos Aires. 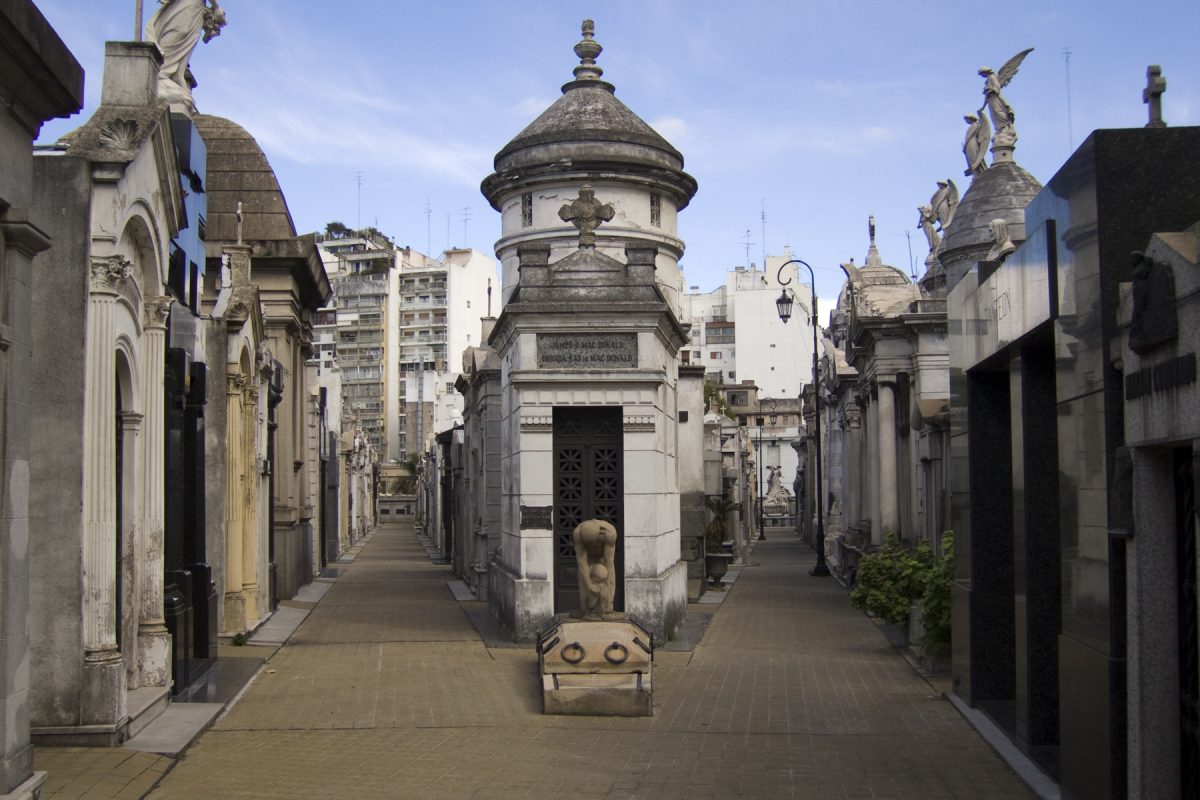 Arguably the most well-known and popular tourist attractions in Argentina, the Recoleta Cemetery is home to the resting spirits of several influential figures throughout Argentinian history.  Notable people like Eva Peron, several Presidents and Nobel Prize recipients, as well as the granddaughter of Napoleon, were buried here. It’s also admired for its stunning colonial architecture and eerie beauty.

Both BBC and CNN has hailed Recoleta Cemetery as one of the best cemeteries in the world. The towering marble mausoleums and the overwhelming tranquillity widely associated with the cemetery had visitors enchanted and charmed.

The cemetery is open daily from 8 am to 4 pm. Free tours in English take place at 11 am on Tuesdays and Thursdays. 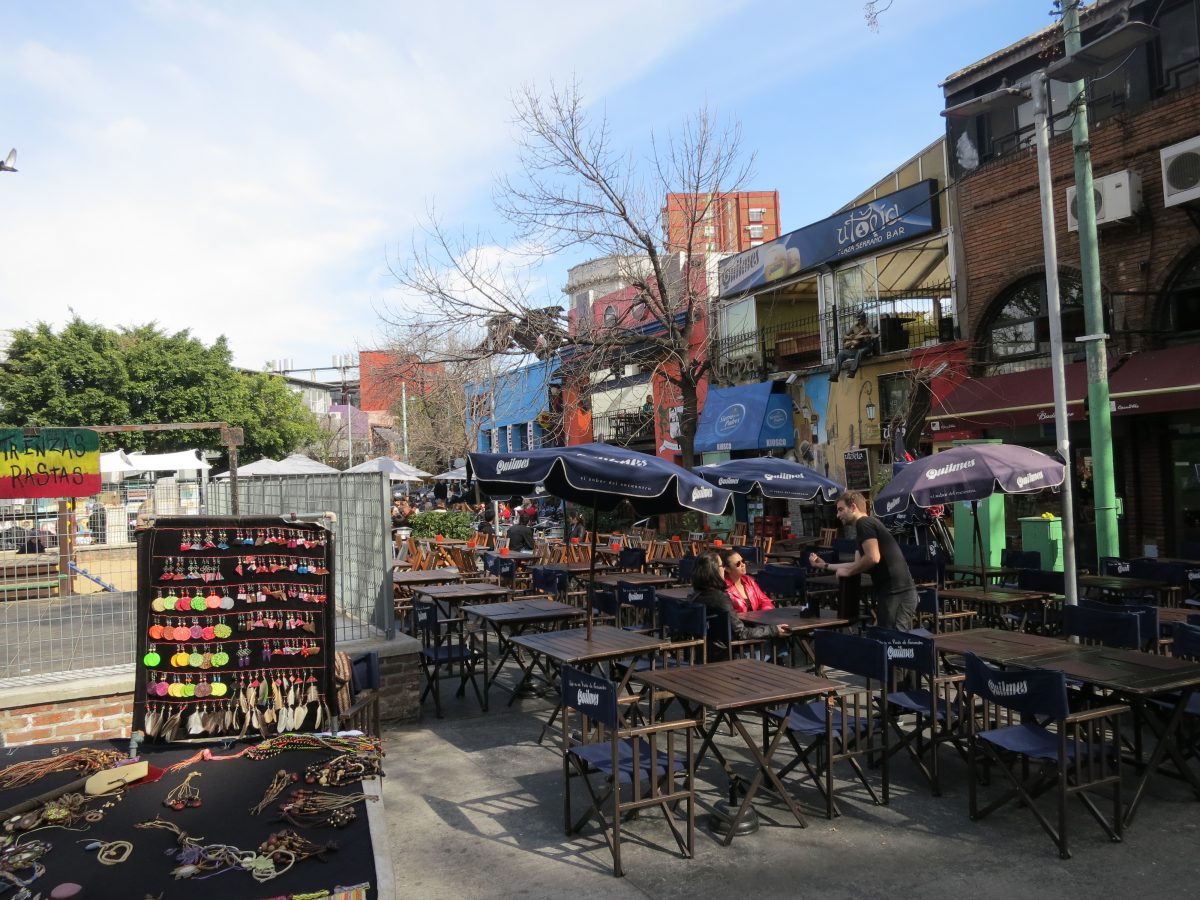 The hustling and bustling quarter of Plaza Serrano is where one can find the beating bohemian heart of Buenos Aires’ Palermo barrio.

The plaza is rather quiet during daylight hours. However, it comes alive at night when young, pretty people come together to drink and dance in the quarter’s many bars and restaurants.

The individuals that frequent this area possess charming smiles, witty banter and an infectious ‘joie de vivre’. They welcome visitors from all backgrounds and introduces them to a crazy night of partying that they would never forget. 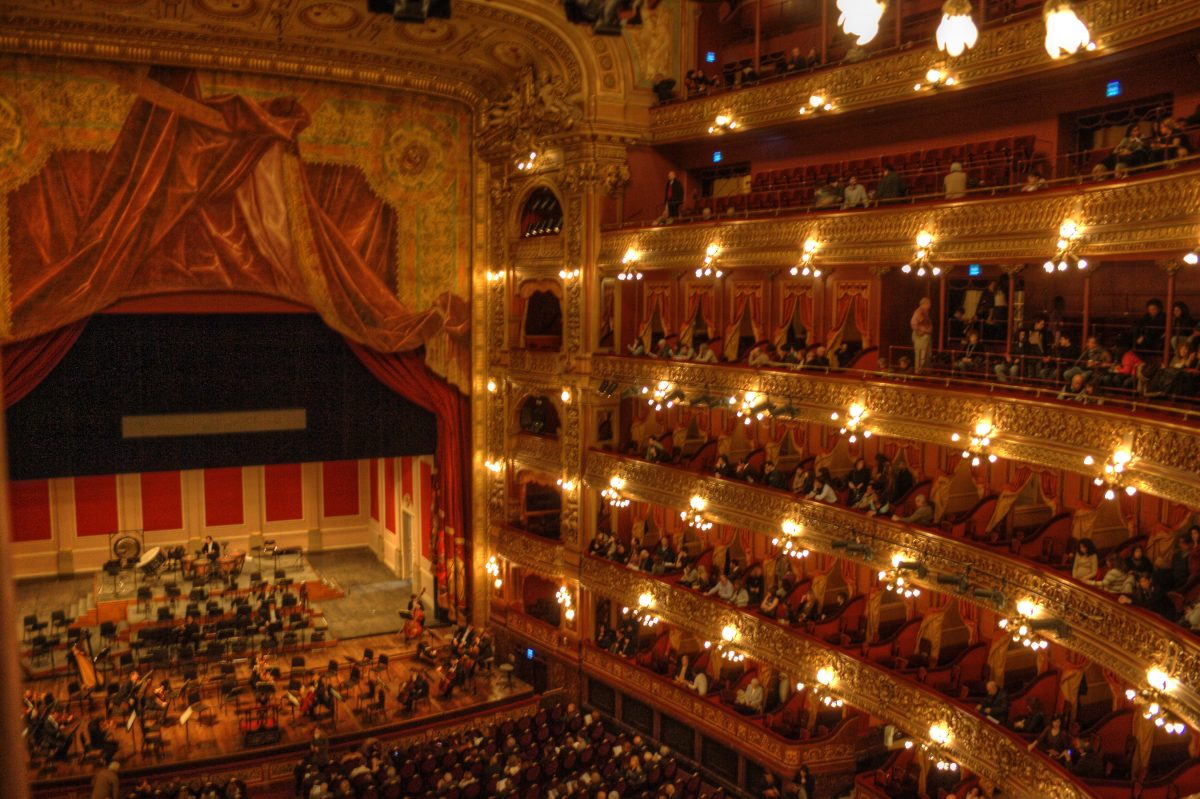 Photo by HalloweenHJB on Wikimedia Commons

The 2,487-seat opera house has played host to some of the greatest musicians, opera singers and ballet dancers in history. Notable performers who have graced the stage of the Teatro Colón include Luciano Pavarotti, Anna Pavlova and Mikhail Barishnikov.

The grand stage and magnificent décor, adorned in rich detail and colours, permit any performed spectacle on stage to be transformed into a visual masterpiece.

Visitors are certainly in for a treat for the eyes and ears when they see a performance at Teatro Colón. 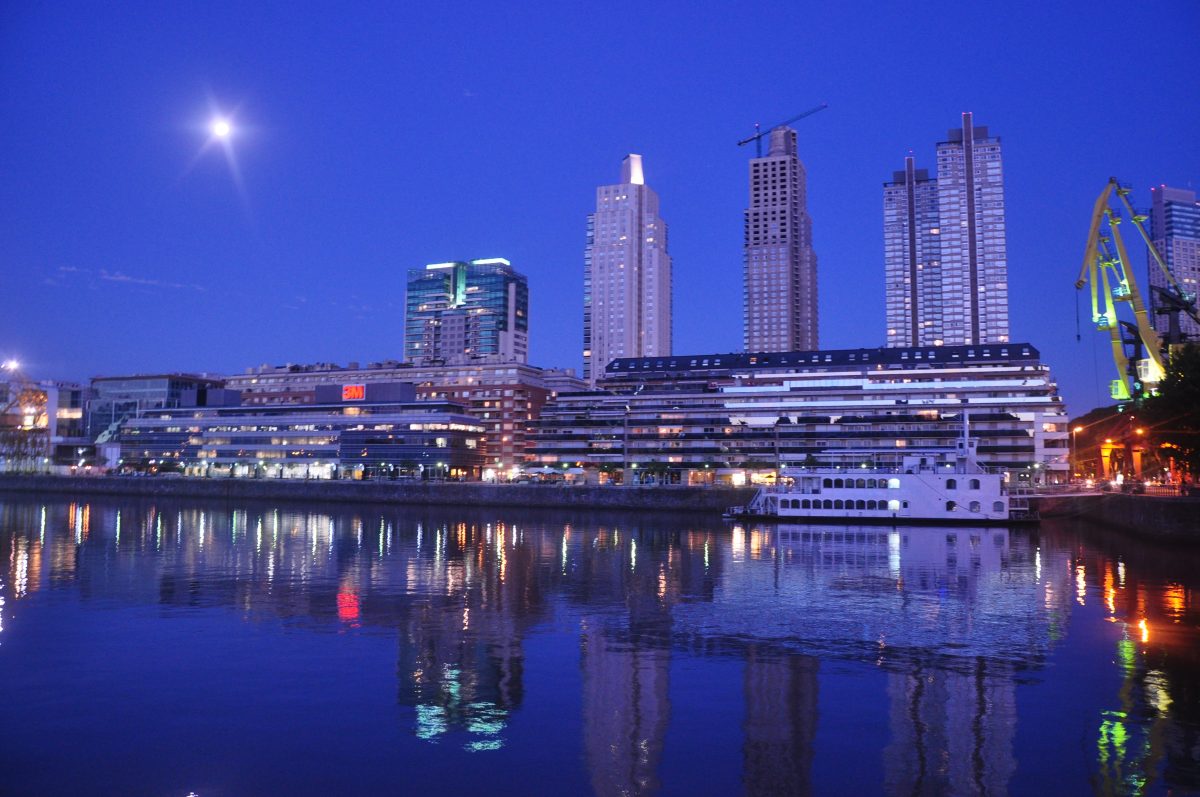 Sleek skyscrapers tower the area with the promenade lined up with upmarket bars and restaurants. However, there is also the chance to delve into history with three nautical museums and an architectural time capsule nearby.

This glossy, sophisticated and stylish barrio has something for everyone and it’s popular amongst business people and tourists. 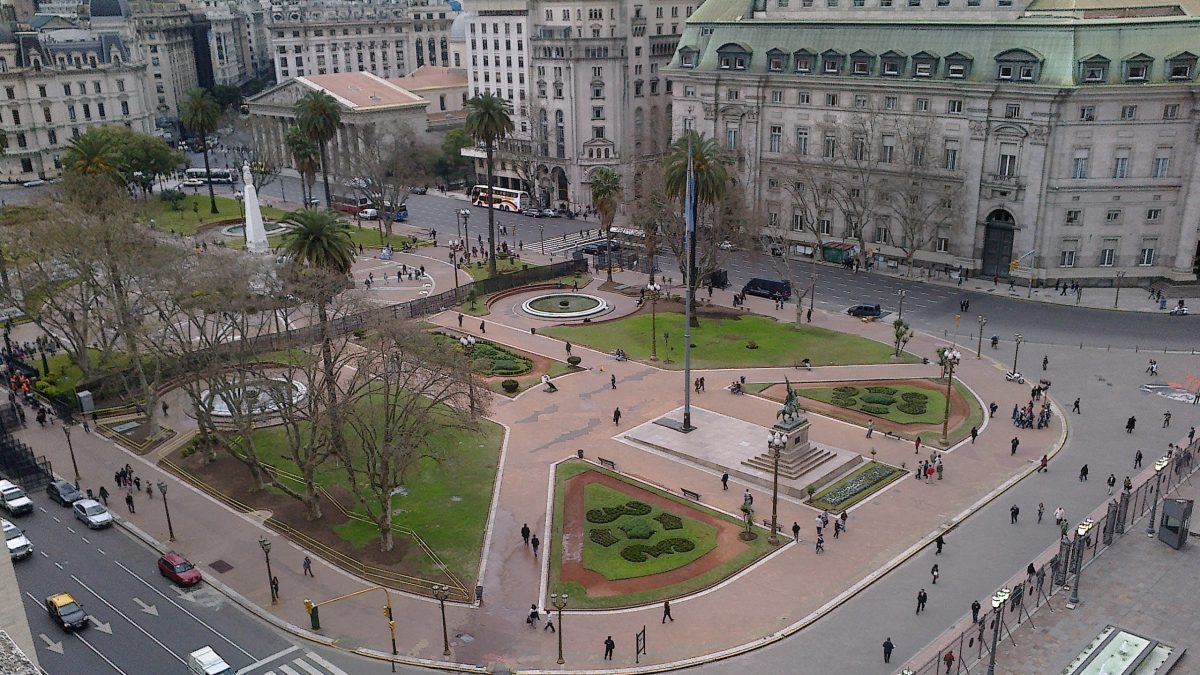 As the city centre of Buenos Aires, the Plaza de Mayo has played host to several important events in Argentinian history.

A political hub, a financial centre and a social nexus, the square is always teeming with locals and tourists alike. The Plaza de Mayo is a place that has seen some of the largest demonstrations of jubilant joy or vehement anger that the world has ever expressed. It is for this reason that it has earned its place in history as one of the most important squares in the world.

One needs to be physically present at the square itself to feel the history seep into every pore. So pack a bag and book a flight….the square is waiting for you… 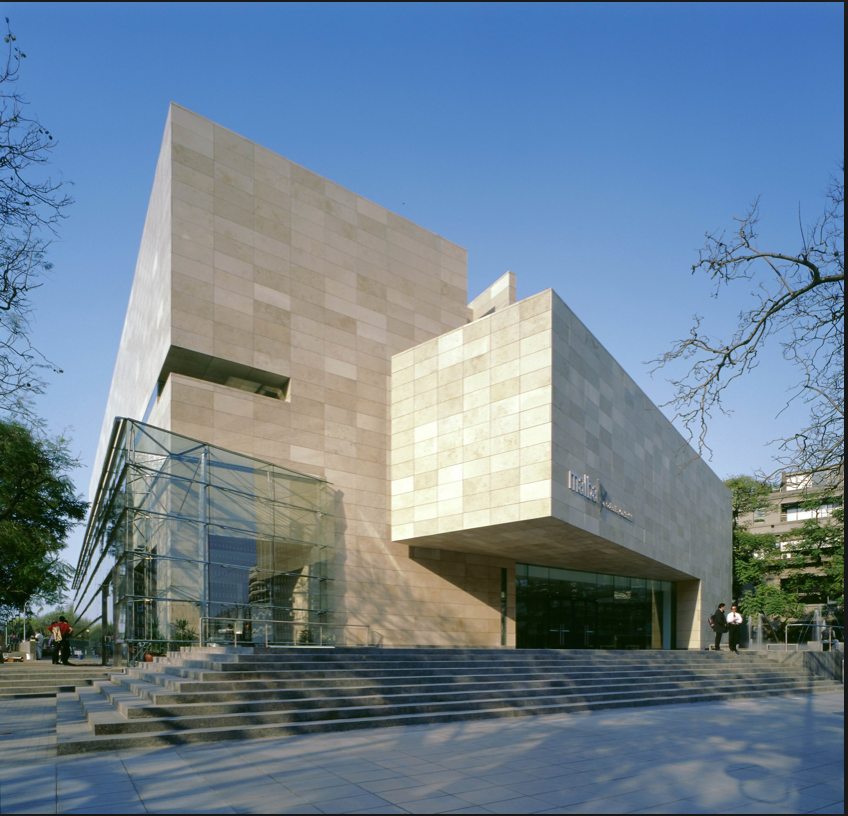 The collection within the Museum of Latin American Art is comprised of the most stunning art pieces from the best modern artists within Latin America.

The collection stems from the onset of the 20th century to present day and is of composed of a diverse range of artistic styles and techniques. The museum welcomes a million visitors annually and maintains a cultural centre that presents numerous art exhibitions and cultural activities.

The mission of the museum is to collect, preserve and promote Latin American art. They also educate the public, both international and national, of the stunning diversity and culture that is presented within the collection.

With the exception of Tuesday when it’s closed, the museum is open daily between 12 am to 8 pm.  Tickets start from $2.40. 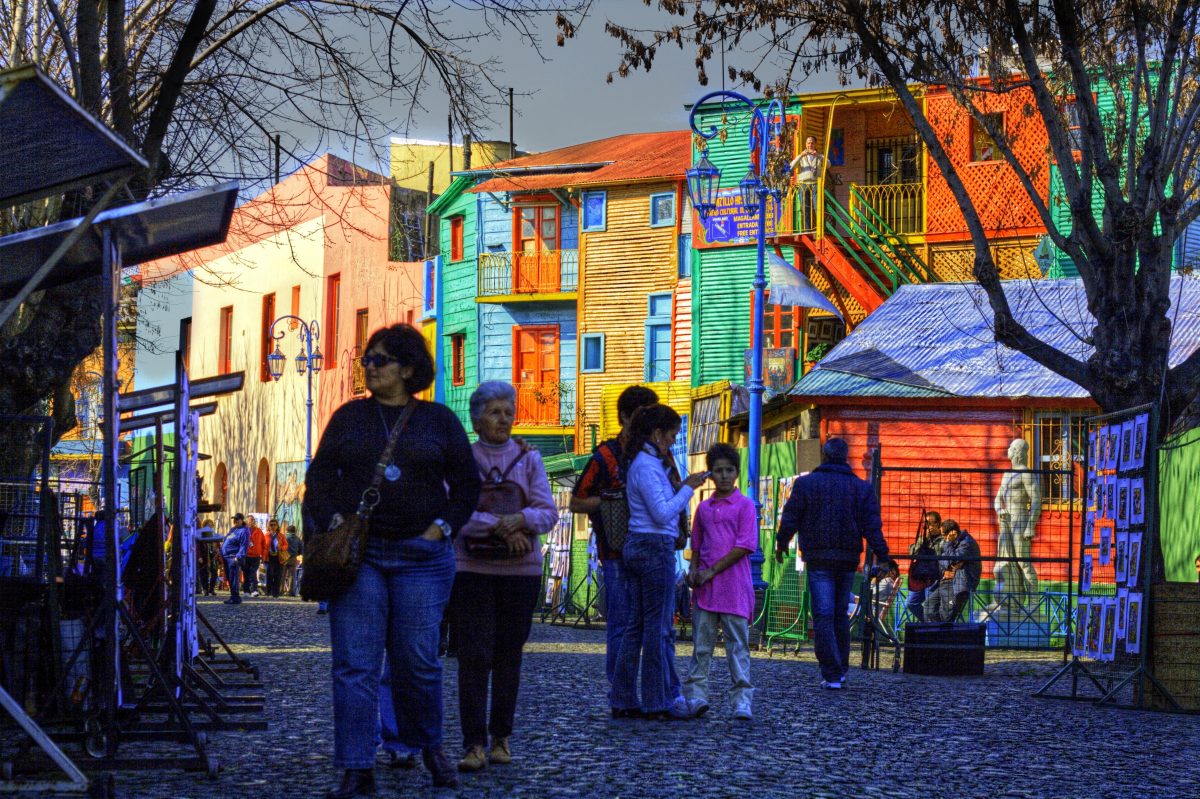 Noted to be the ‘Most Instagrammable Neighbourhood in Buenos Aires’, La Boca is awash with bright, vibrant colours and Latin spice.

Running through the heart of the neighbourhood is the Caminito. It’s where tango artists perform to the delight of locals and tourists and invite individuals to party like they never have before.

Numerous tango clubs, Italian taverns and shops selling tango-related memorabilia lined the pathways on this “Little Street”. Why not take a trip to La Boca and spectate at the sultry performances of the Argentinian tango? You can also find a pretty partner to dance the night away! 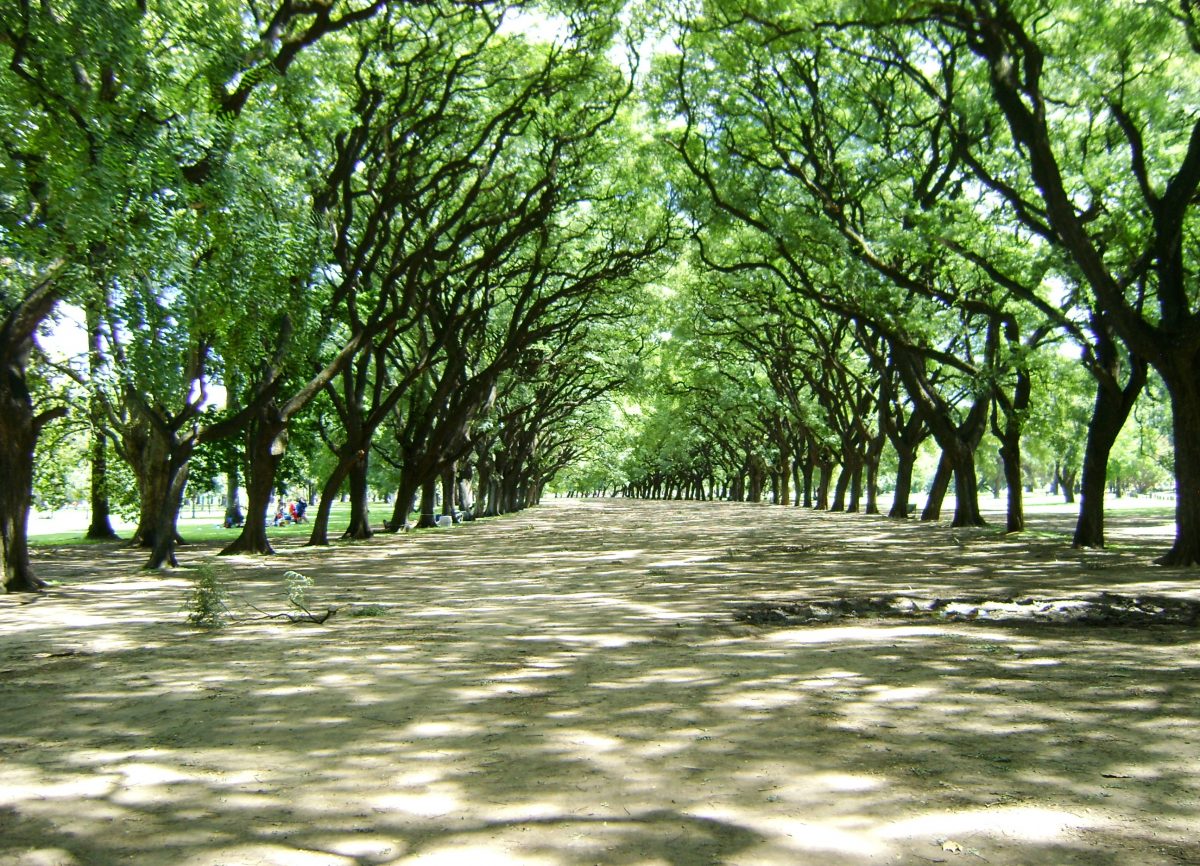 Photo by Hrazdan33 on Wikimedia Commons

This stunning 400-hectare park is famously known for its placid artificial lakes as well as beautifully maintained groves and rose gardens.

Popular amongst tourists and locals, the Bosques de Palermo is the perfect place to soak in the sun and chill out with friends and family. The park caters to both pedestrians and bicyclists and also provides boat rides on its three artificial lakes.

The park is open 24/7. This is perfect for visitors who want to watch the sunrise or gaze at the moon with gorgeous surroundings. 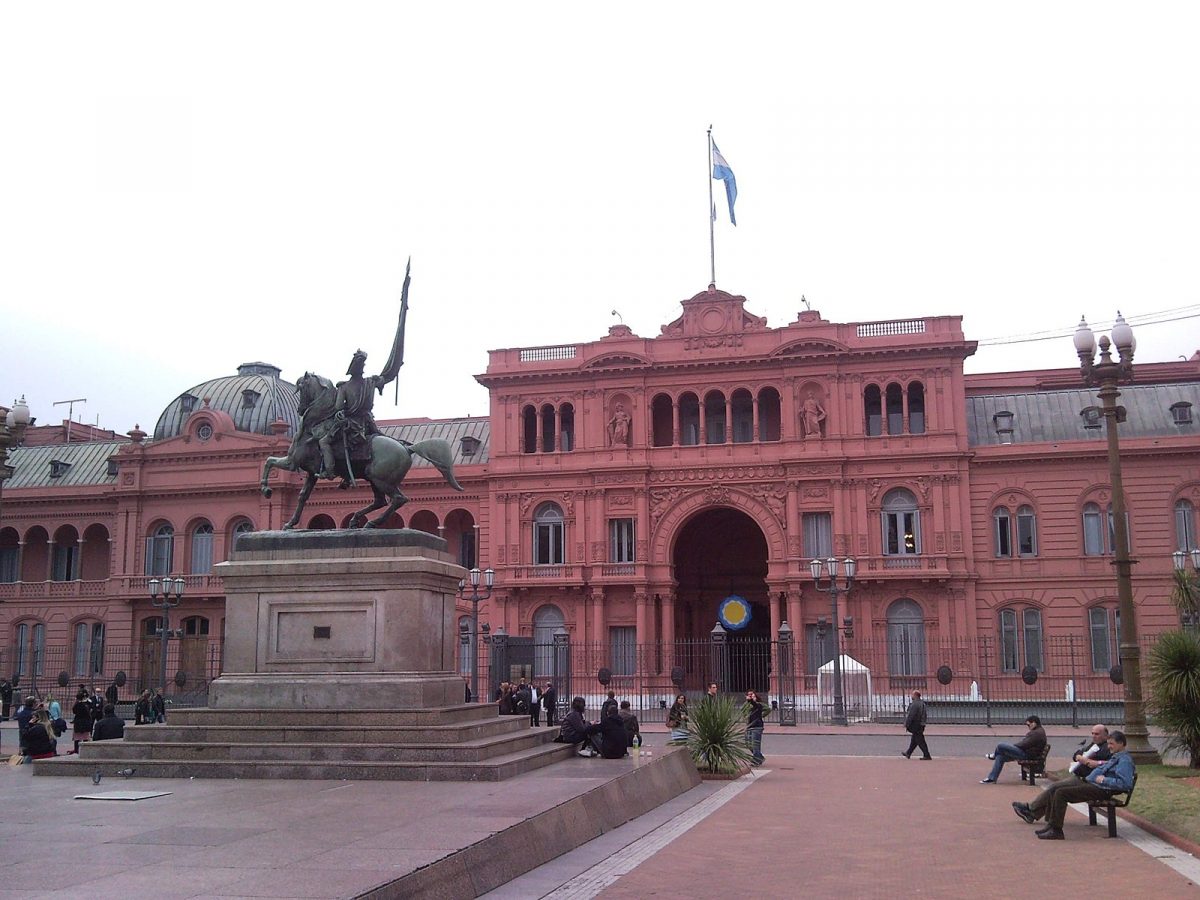 Photo by C.A.Müller on Wikimedia Commons

While The White House holds the title of as the most famous presidential residence in the world, Buenos Aires’ Pink House is not one to be overlooked.

Located within the Plaza de Mayo, the Casa Rosado is the seat of the Argentine national government and the presidential office.  Juan and Eva Peron addressed the masses within the four salmon pink walls of this emblematic building and was the site to several integral events within Argentinian politics.

The mansion offers visitors the chance to tour around the in-house museum which houses numerous objects in relation to former presidents of Argentina.

Fun fact: there have been several rumours to explain the bizarre colour of the building. Domingo Faustino Sarmiento, Argentina’s seventh president, onceexplained that the walls were painted pink to diffuse political tensions by combining the colours of the main political parties. Another popular explanation was that the exterior was painted with cows’ blood. Due to its tendency to peel in the humidity, it was used as an alternative to paint. 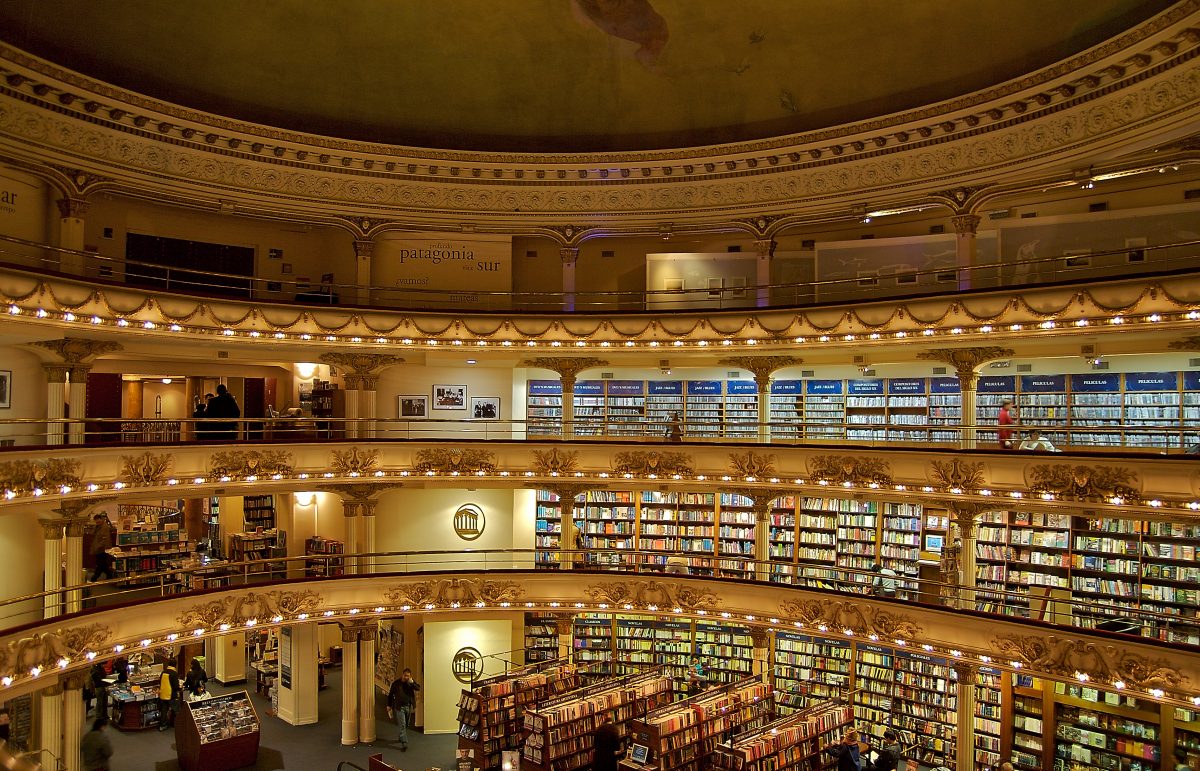 Photo by David on Wikimedia Commons

A former theatre, this stunning bookstore was named ‘the most beautiful bookstore in the world’ by National Geographic in 2019.

El Ateneo Grand Splendid opens its doors to one million visitors every year and retains the majesty and theatricality of its old purpose. The bookstore has not let go of the rich cultural heritage that came before it. The theatre boxes have been converted into reading rooms and the stage has been turned into a beautiful café.

The grand ceiling, ornate carvings, crimson stage curtains and auditorium lighting are also still intact. For any literary lover, El Ateneo Grand Splendid is a must-see on your Argentinian itinerary. 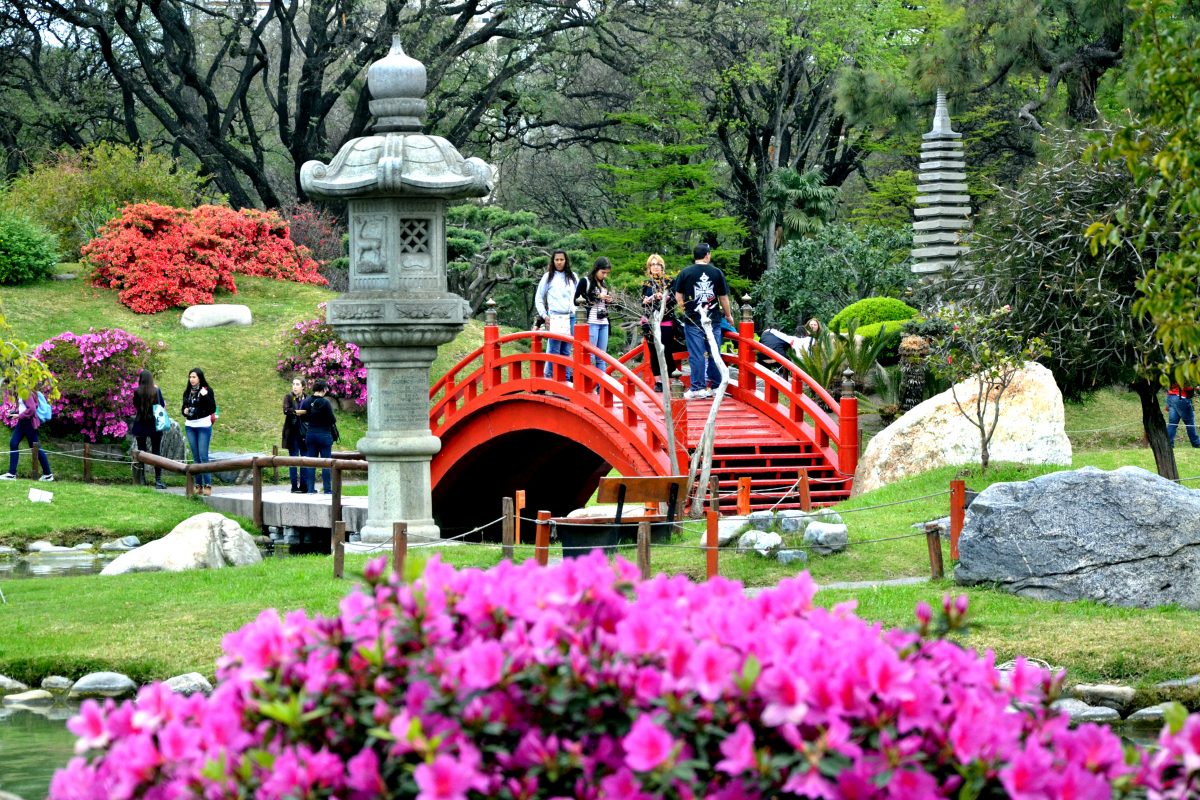 One of the largest Japanese gardens outside of Japan, Jardín Japonés is a garden that is overfilling with beauty and tranquillity.

Visitors are spoiled with choices to visit as soon as they pass the entrance of the gardens. They can enrich themselves at the informative cultural centre as well as dine at a restaurant that offers a traditional Japanese menu.

Visitors can also cross the central lake on the Divine Bridge which resembles a Buddhist depiction of entry into heaven. They also can step onto the island where traditional Japanese medicinal herbs are grown by crossing the Truncated Bridge. Additionally, visitors can enter the gardens’ greenhouse that’s famous for its vast collection of bonsai trees. The gardens also have a gift shop that offers an expansive choice of Asian garden seeds and artisan craftworks for sale.

Listen to the ringing of the Japanese Peace Bell, gaze at the majesty of the ishidoro and visit the peaceful Buddhist Temple. All of these attractions can be found within the grounds of this magnificent cultural park. The gardens are open daily between 10 am and 6 pm. 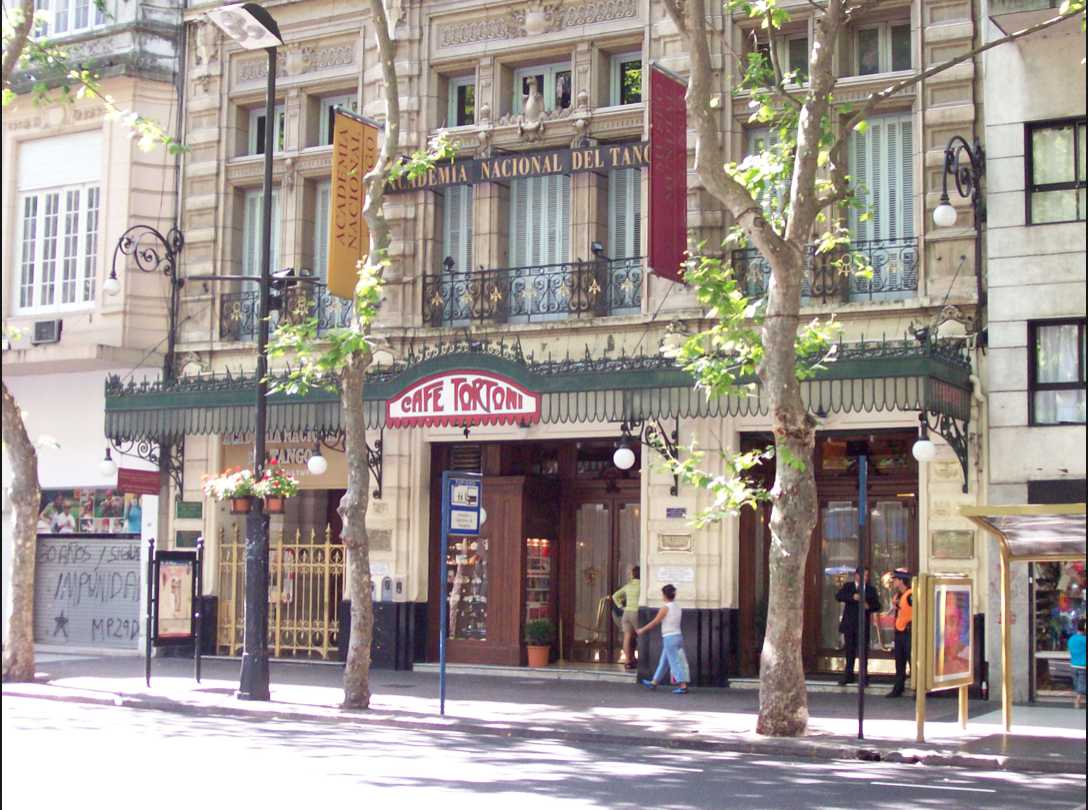 If you really want to get a slice of Paris in the Paris of the South, then visit the famous Café Tortoni. Inspired by Parisian ‘Fin-de-sieclé’ coffee houses, this gorgeous café is also named as one of the ten most beautiful cafés in the world. The café offers a delicious menu of hot drinks and pastries to feast on.

Many famous faces have also sipped coffee and munched on an éclair at Café Tortoni. These include the likes of Albert Einstein, Federico García Lorca, Hillary Clinton, Robert Duvall and Juan Carlos de Borbón.

The café is not only a coffeehouse but also home to many other facilities, activities and events. The downstairs basement works as a stage for tango and jazz performances, as well as book and poetry contests.

At the back of the café, visitors may also find a small library and facilities to play billiards and dice. In conclusion, everything you need in a café, you can find it here at Café Tortoni. The café is open daily between 8 am to 1 am. 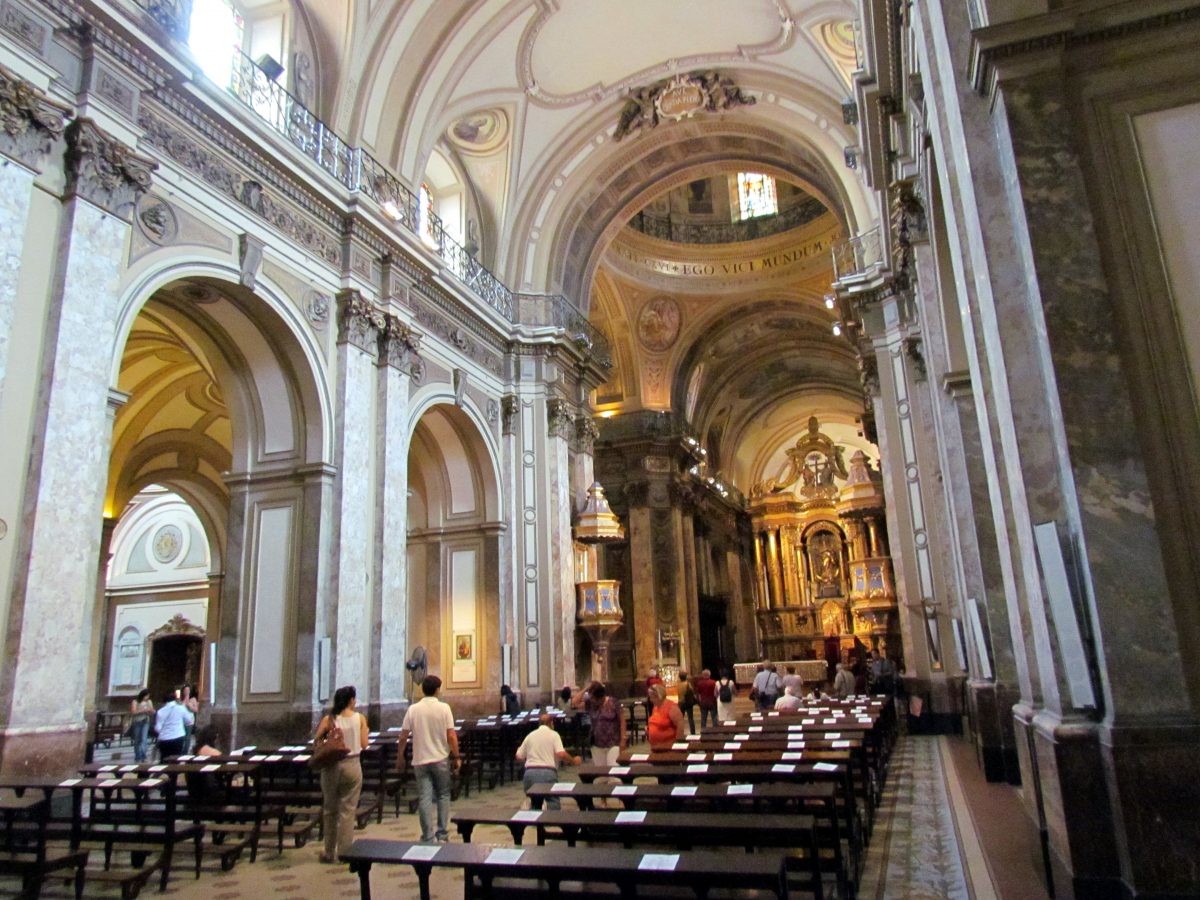 This imposingly stunning 16th-century cathedral is the main Catholic Church in Buenos Aires and the primatial church of Argentina.

Overlooking Plaza de Mayo, visitors can gaze up at the stunning pictorial artwork that decorates the walls. They can also marvel at the grand colonial architecture everywhere they look. With a diverse mix of architectural styles including Neoclassical, Neo-Renaissance and Neo-Baroque, this cathedral is a visual treat for the eyes.

Visitors can enter and soak in the history, peace and beauty that this cathedral exudes with every breath.

Catedral Metropolitana de Buenos Aires open from Monday to Friday between 7.30 am to 6 pm. During the weekends, the cathedral is open between 9 am to 6.45 pm. 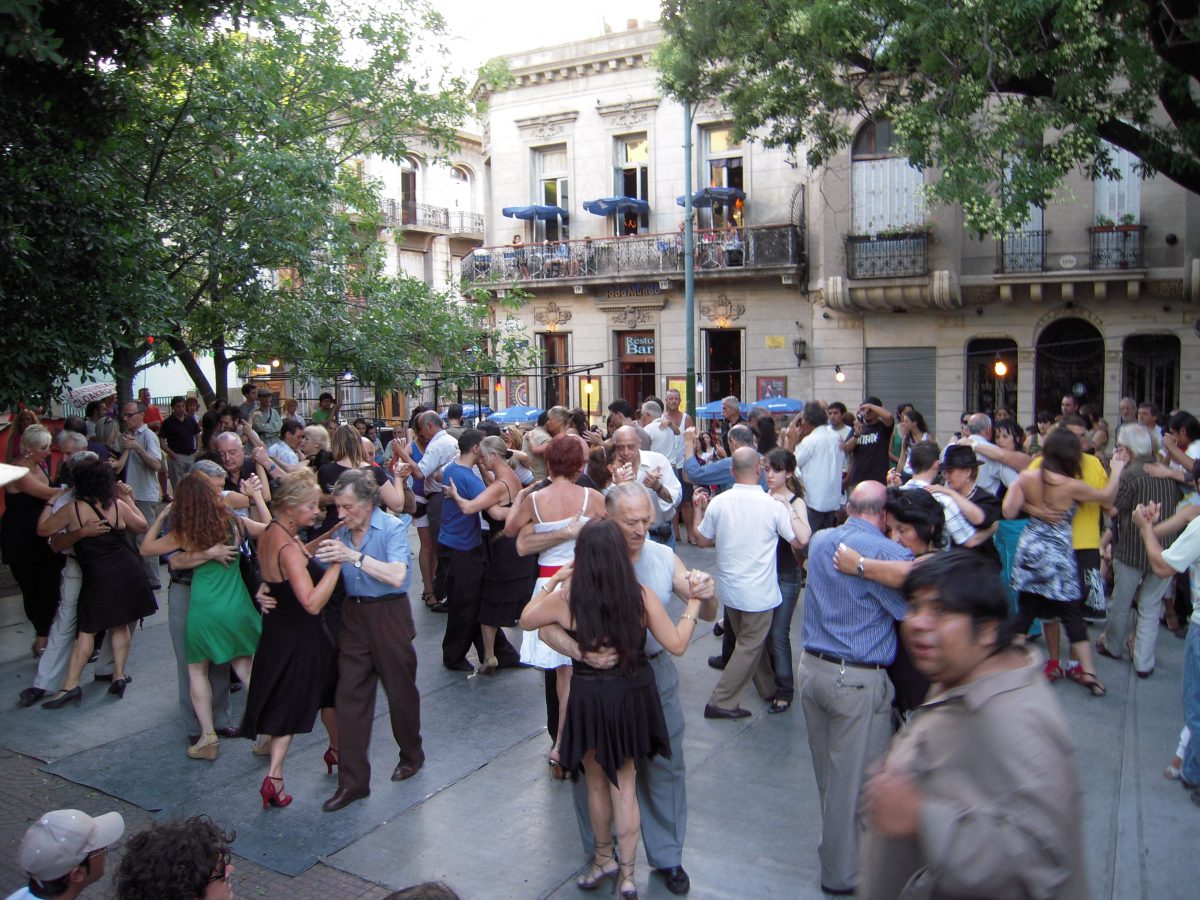 There are several antique stores which offer unique and individual pieces for sale. Musicians and dancers of the Argentinian tango also frequent the Plaza Dorrego to showcase their talent in front of everyone.

If you’re planning a trip to see the plaza, make sure you catch the Feria de San Telmo, an antique street fair that runs every Sunday. If you want to get a taste of the true life and soul of Buenos Aires, then the Plaza Dorrego is the place to see it. 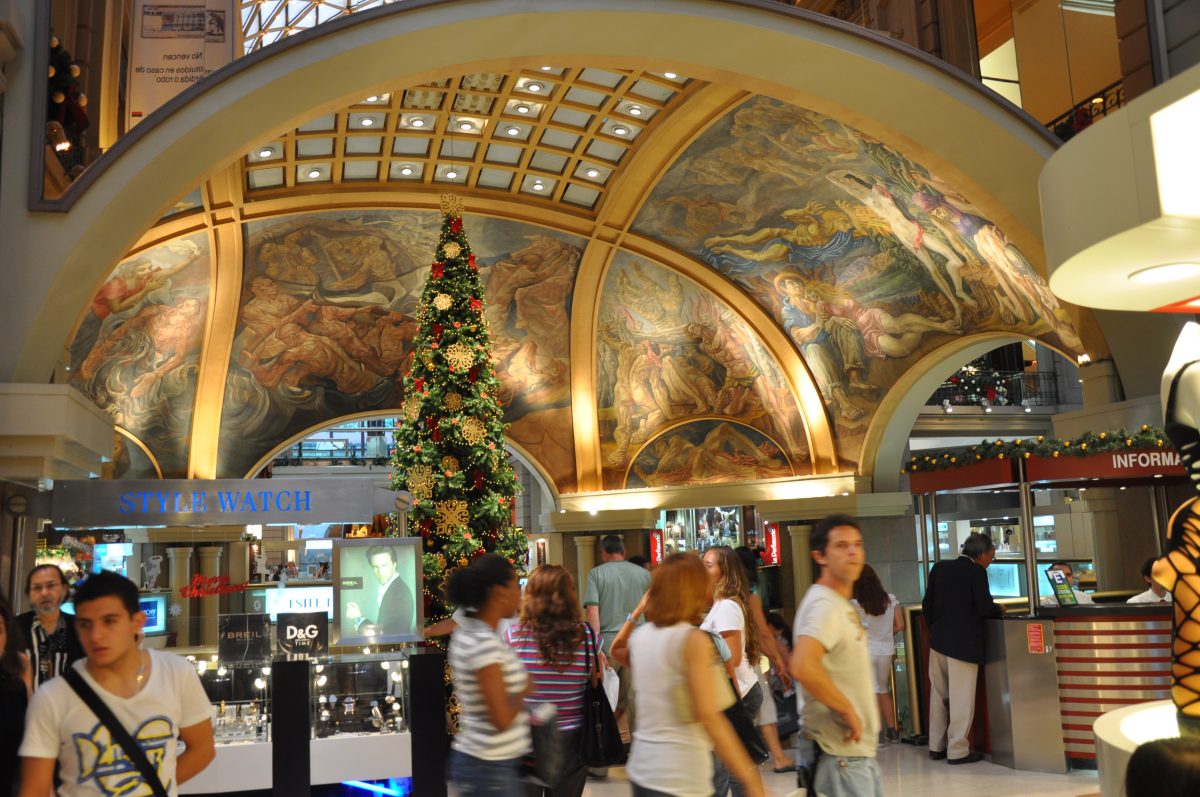 The mall’s colonial architecture is nothing short of a treasure. Famous artists in Argentinian history have also hand-painted the ceiling murals. With a large food court and numerous restaurants to pick from, you can also bet that there is no chance of starving.

Stores within this stunning mall include both home brands and high-end ones including Chanel, Tommy Hilfiger, Estee Lauder and Swarovski.

Let’s shop till we drop! Galerías Pacífico is open daily between 10 am and 9 pm. 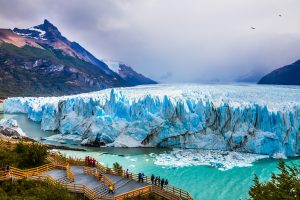 BEST Things You Must Do In Los Glaciares National Park