Open year-round, the Deception Pass State Park occupies the northern part of Whidbey Island and the southern part of Fidalgo Island. Deception Pass Bridge crosses the strait running between the islands, allowing you to get from one to another by car or on foot.

The surface of the Deception Pass Park is around 6mi2 (nearly 10km2), and the park encompasses rugged cliffs rising from the water, verdant forests, lakes, and beaches among other gems of nature. 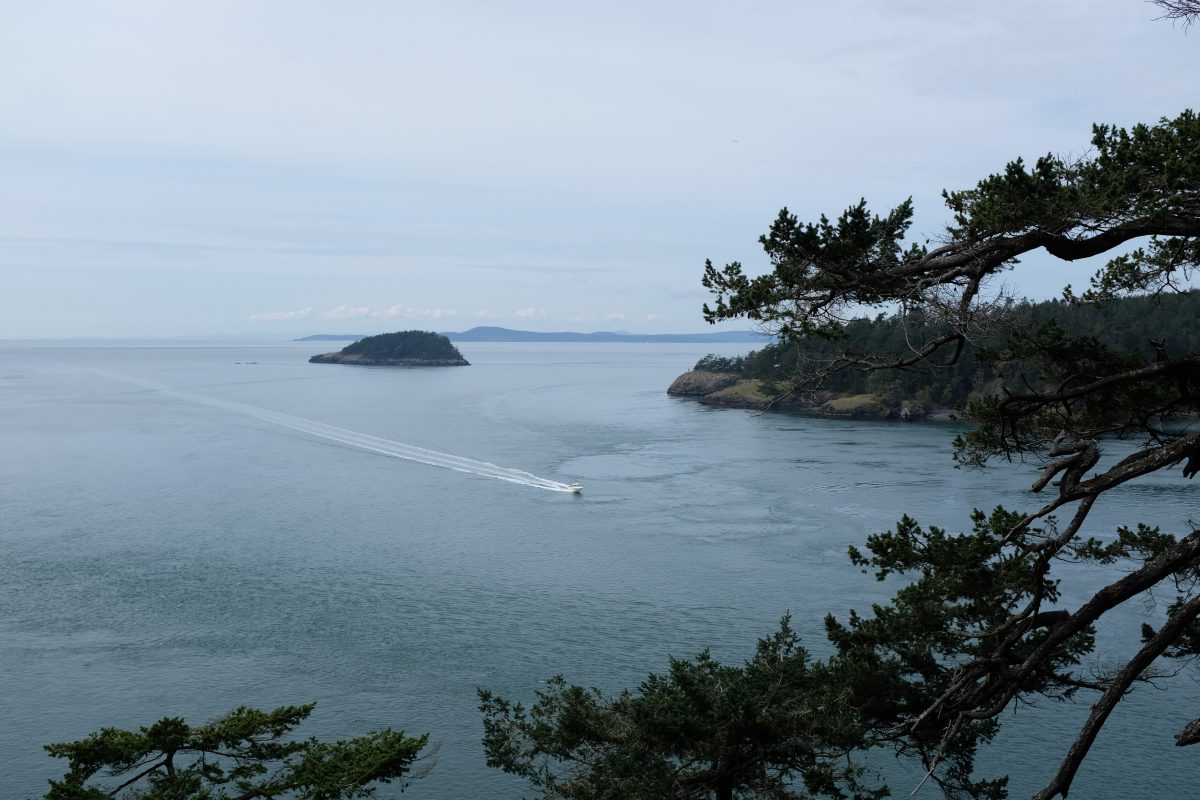 Top Things To Do In The Deception Pass State Park

Deception Pass State Park is famous for its outdoor opportunities that include aquatic and shore-bound activities.

Of the former, some especially popular activities are kayaking, canoeing, and boating. You can also impersonate a captain while sailing. Of the latter, you should try hiking, wildlife watching, and biking. 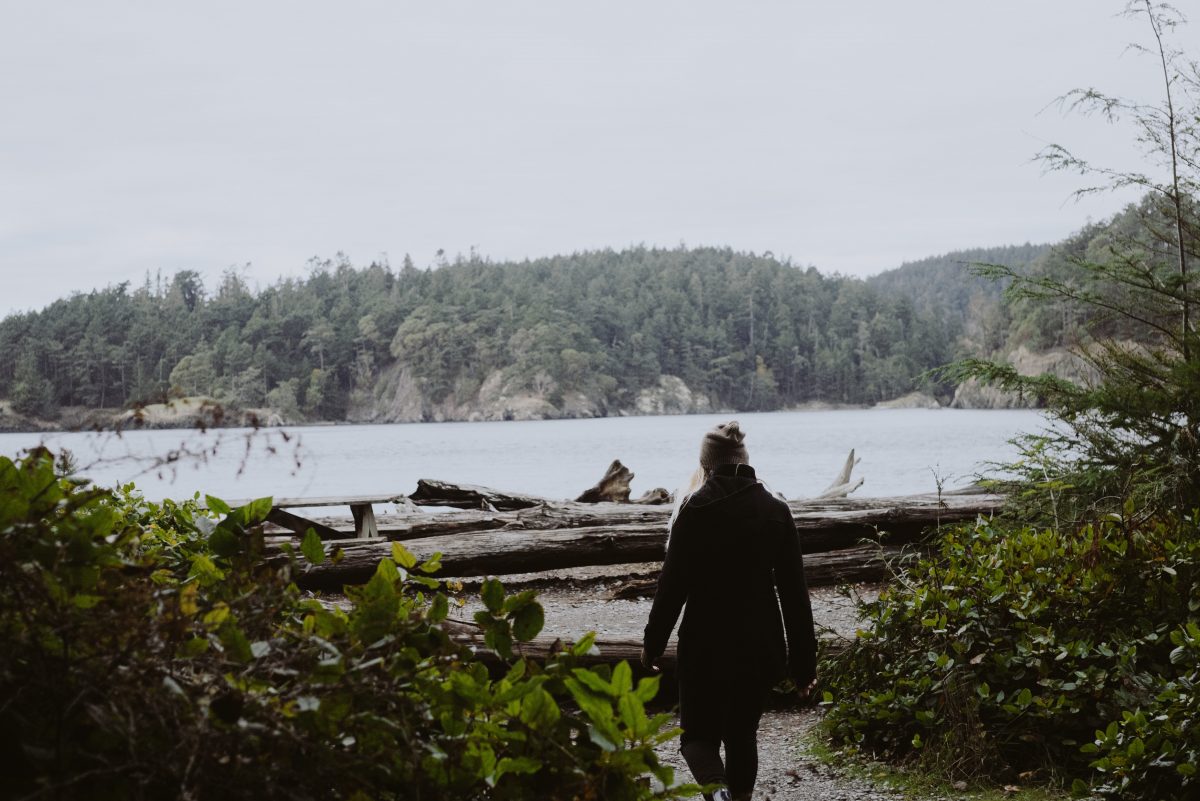 Kayaking is possible in different places within Washington’s Deception Pass Park. Supposing you like the surge of adrenaline through your veins, then kayaking through the Deception Pass, a namesake passage separating Whidbey from Fidalgo, is second to none in the area. 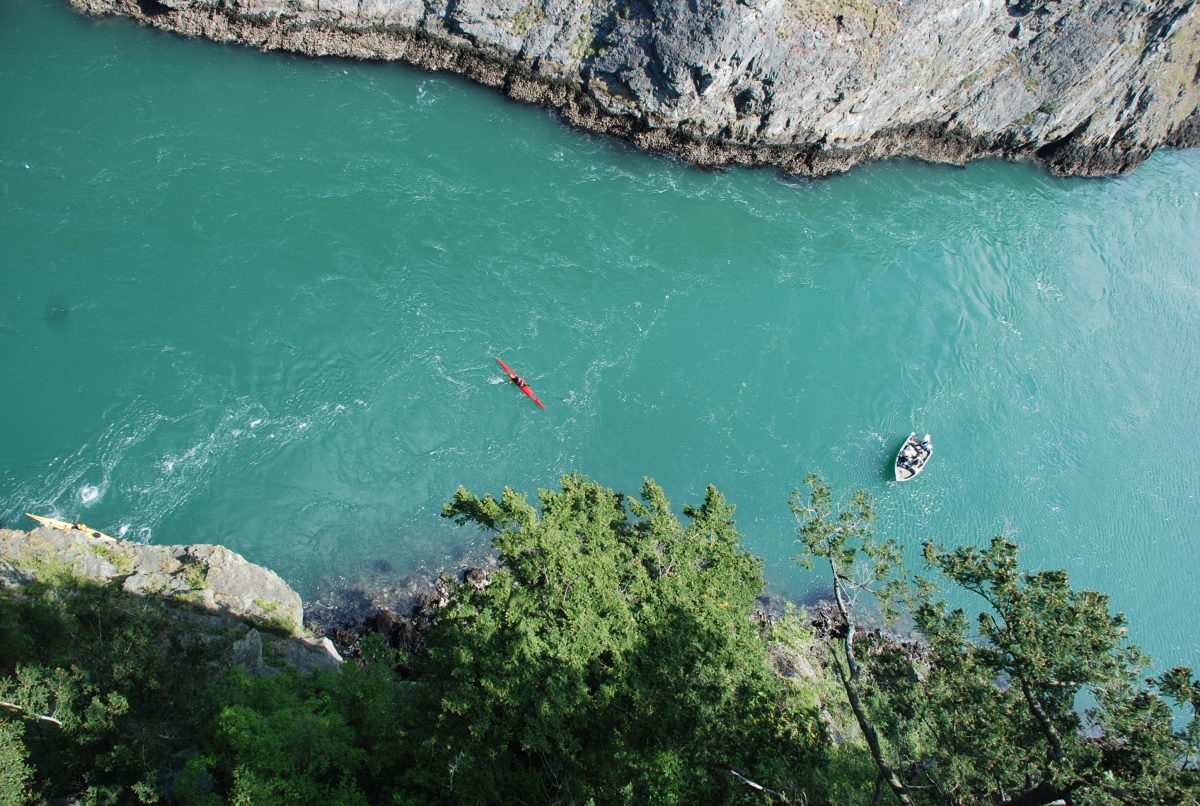 Visitors who don’t need that much adventure in their lives may check out nearly 60km/40mi of various trails winding through the Deception Park State Park. Most of these are hiking trails, but biking and horse trails are available, as well.

There is even a 2km (1.2mi) trail suitable for visitors dealing with disability issues available.

Swimming is also a top activity in the leading state park of Washington. In this regard, you should check out inland lakes since the waters of the surrounding bays are very cold unless you are an Eskimo.

Deception Pass Bridge is the most emblematic attraction of the state park abounding with attractions. Crossing the strait and traversing Pass Island, it connects Whidbey Island to Fidalgo Island.

You may drive over the Deception Pass Bridge or leave your car on the south side of the bridge to take a scenic walk along the pedestrian path. While crossing the bridge on foot, admire forested islands and rough cliffs rising from the waters, and cross fingers for paddlers kayaking the torrential waters below. 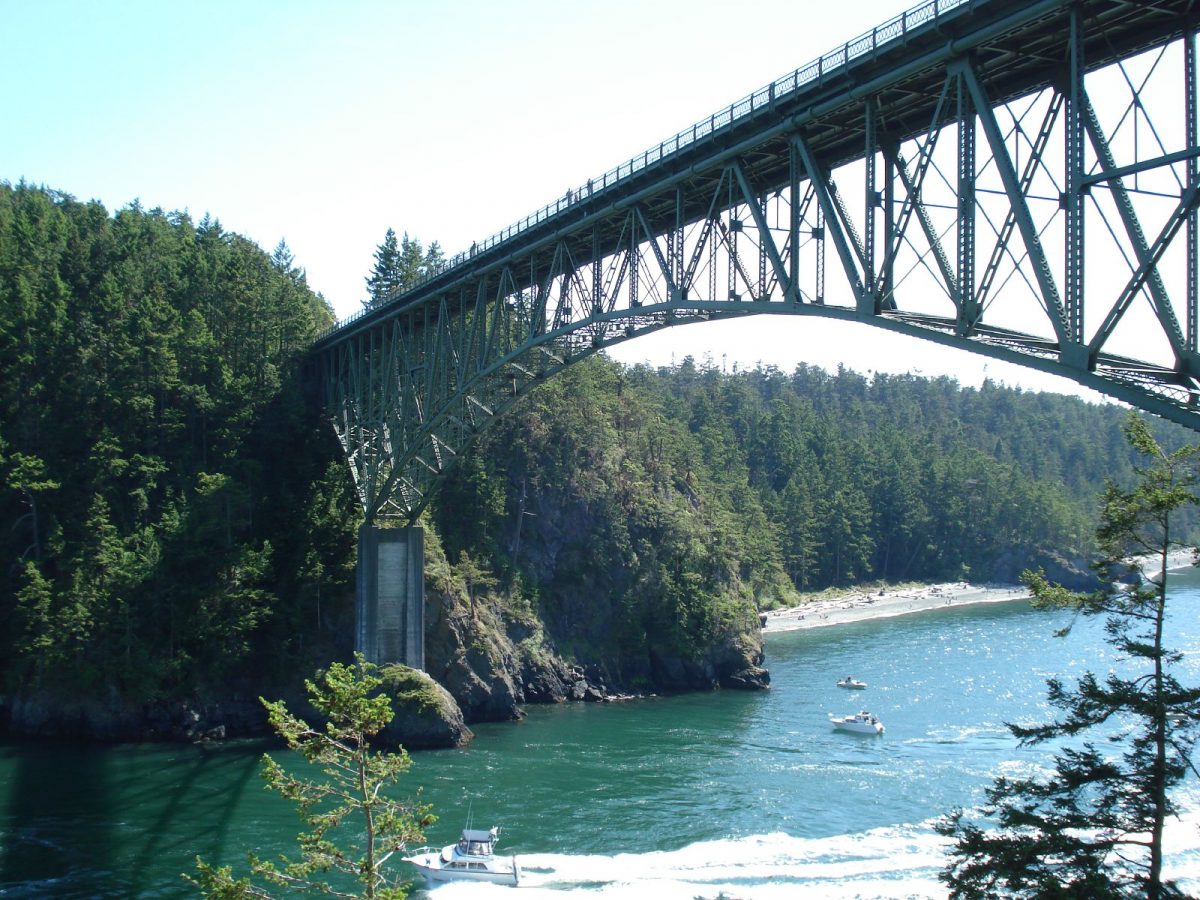 Goose Rock Trail is among the top hiking trails of the State Park of Deception Pass. As you access some of the trail’s viewpoints, goosebumps will be a likely outcome. Goose Rock Trail is a moderate, well-maintained trail suitable for hikers of all ages.

Accessible year-round, the 2-mile (over 3-km) hiking trail allows you to observe birds and cherish abundance of wildflowers.

Cranberry Lake is probably the best place in the Deception Pass park for swimming. Maybe the temperature of the water, which approaches 15ºC (upper 50s Fahrenheit), won’t make you too enthusiastic about the prospect. Still, it is quite OK for a quick swim and express warming as soon as you get out of the water.

Cranberry Lake is also suitable for relaxing kayaking and boating along the wooded shores.

West Beach is another hotspot of Washington’s state park, the one that probably inspired many painters and photographers. Flanking the northwestern corner of Cranberry Lake, West Beach offers views of the Olympic Mountains, Puget Sound, and the San Juan Islands.

Other Must-Sees And Dos In Washington’s Deception Pass Park

Rosario Beach, located in the southwestern portion of Fidalgo Island, is a cove brimming with diverse aquatic life in its intertidal zone. Pay attention to the Maiden of Deception Pass story pole, narrating an Indian legend about a maiden that turned into a sea spirit. 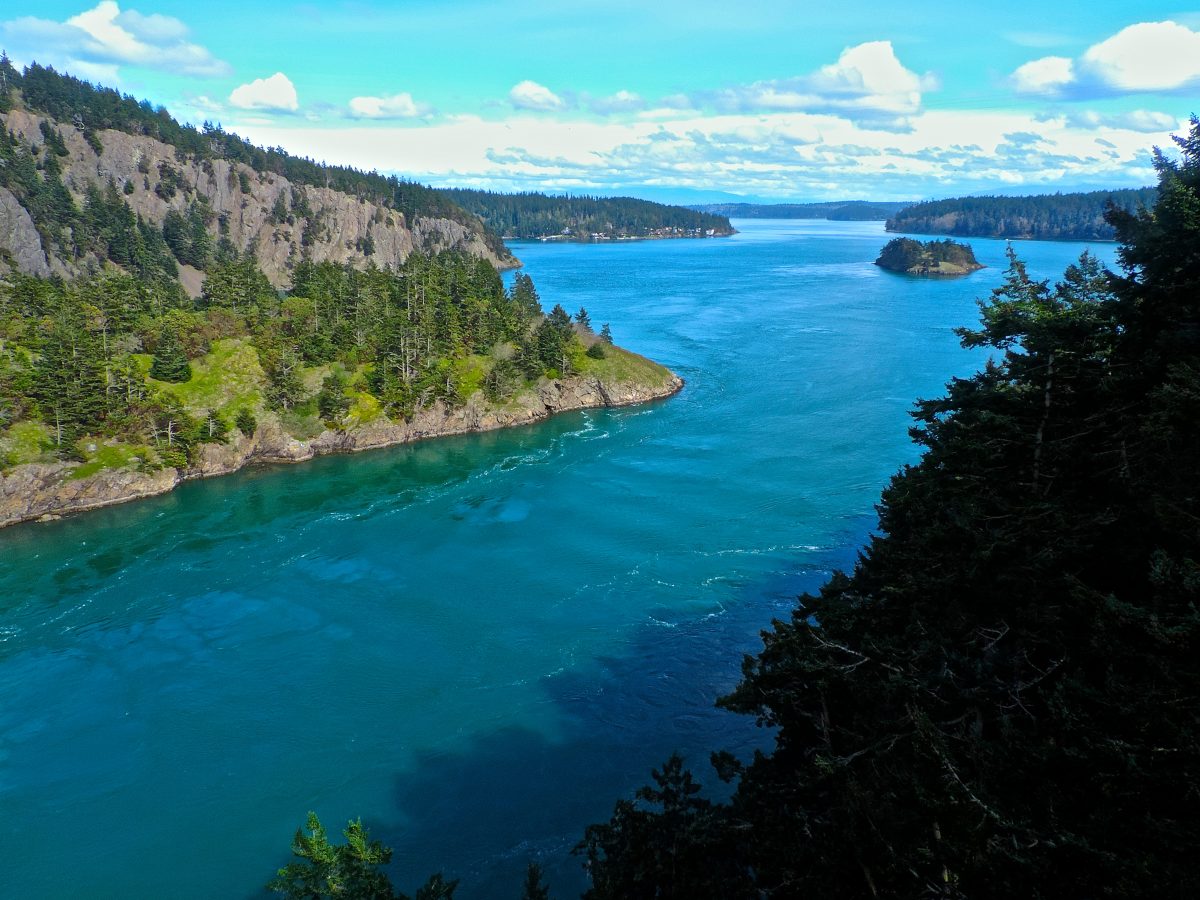 Lighthouse Point is a hiking trail covering a peninsula to the west of Bowman Hill on Fidalgo Island. The nearly 4km/2.5mi long loop boasts wildflowers, panoramic view of the Deception Pass Bridge, and the rocky coastline. Rated as moderate, the trail is suitable for people of different ages and fitness levels.

Civilian Conservation Corps Interpretive Center offers a flashback into the history of the Deception Pass. There, learn how the president of the USA Franklin Delano Roosevelt employed people to plant trees as a response to the Great Depression economic crisis.

Follow the shoreline of the state park to spot seals and sea lions lounging on the rocks. While wandering around, you may even spot raccoons, deer, foxes, and coyotes. Bring a binocular to observe eagles, hawks, owls, and herons among other birds that may come into view.

If You Have Kids In Tow

If you have energetic kids, bring them to the Deception Pass Park to put their energy into good use. The leading state park of Washington has programs on offer that will spark their endless curiosity. 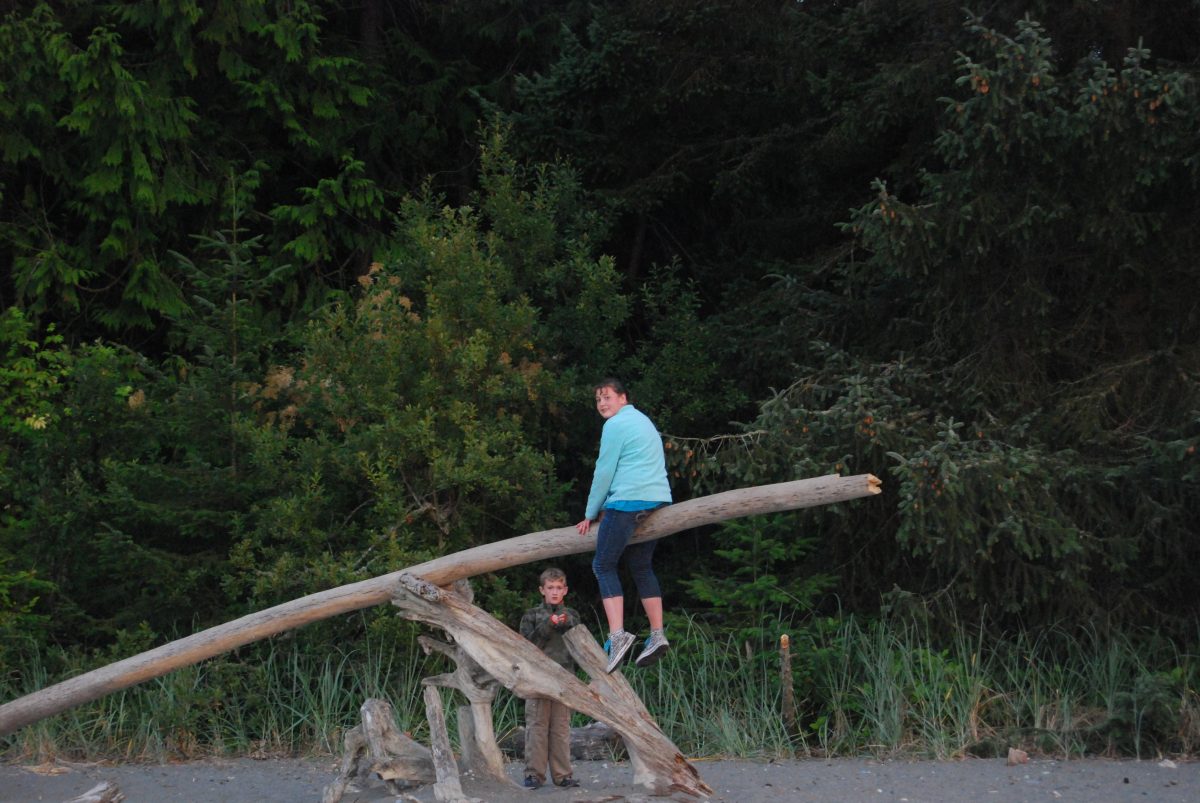 Bring bikes to do a cycling tour in the south part of Hoypus Forest. Given that they like the company of large animals, let them ride a horse on the multi-purpose trail.

Supposing your kiddos show an inclination toward engineering, take them to Cranberry Lake to build sand castles. At West Beach, Sand Dunes Interpretive Trail introduces the flora and the ecosystems to little explorers. Children’s playground is among the on-site facilities.

Taking place during summer, Ranger talks are interactive programs allowing prospective rangers to learn how to protect nature and acquire the ranger badge.

If you are a naturalist who enjoys exploring hidden caves, secluded coves, and a long coastline, maybe a dog with similar interests will be a good company. Every Fido with an adventurous spirit is welcome in Washington’s Deception Pass State Park. 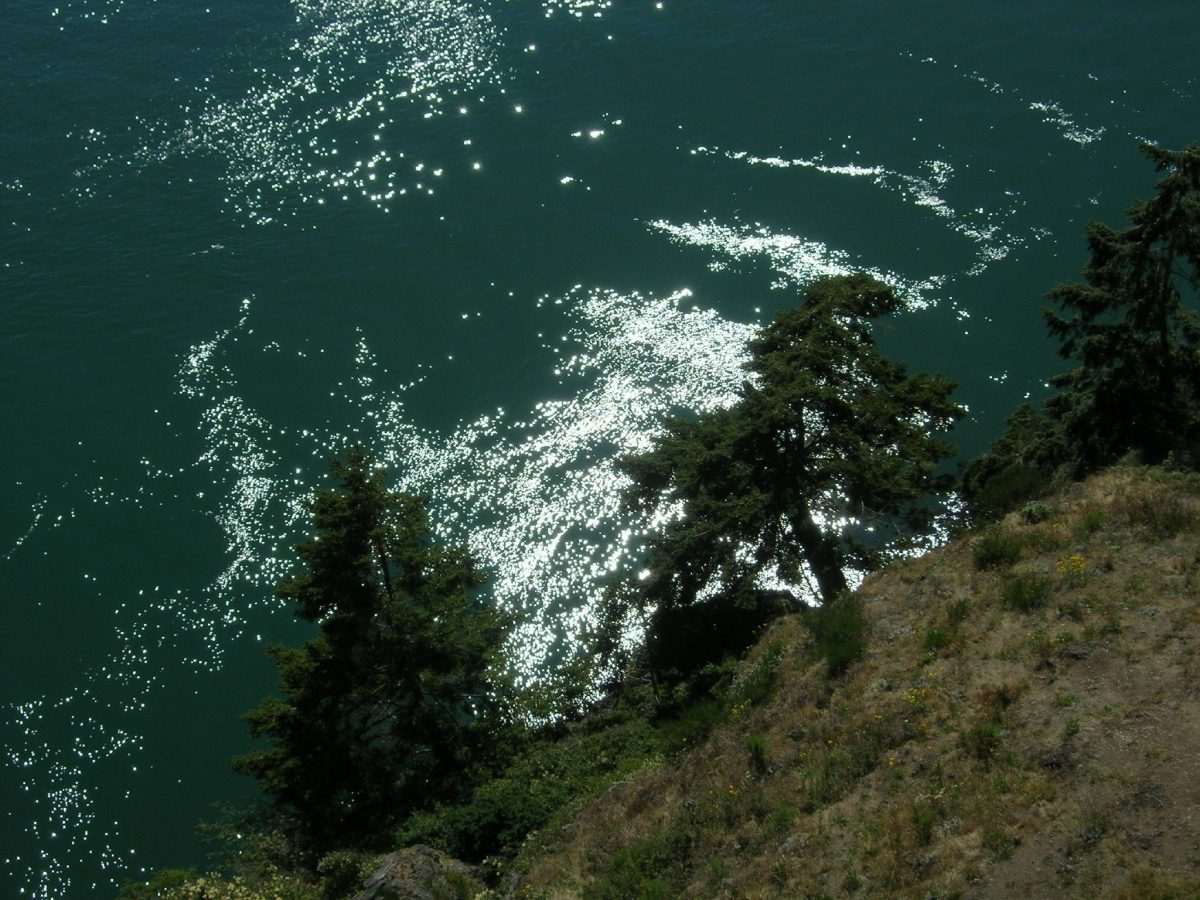 Ensure that your four-legged companion is on the leash and you are free to go almost anywhere in the park with him. This “almost” relates to a few designated swimming areas in which dogs are outlaws.

Supposing you are coming from Seattle to the state park of Deception Pass, you have two options. 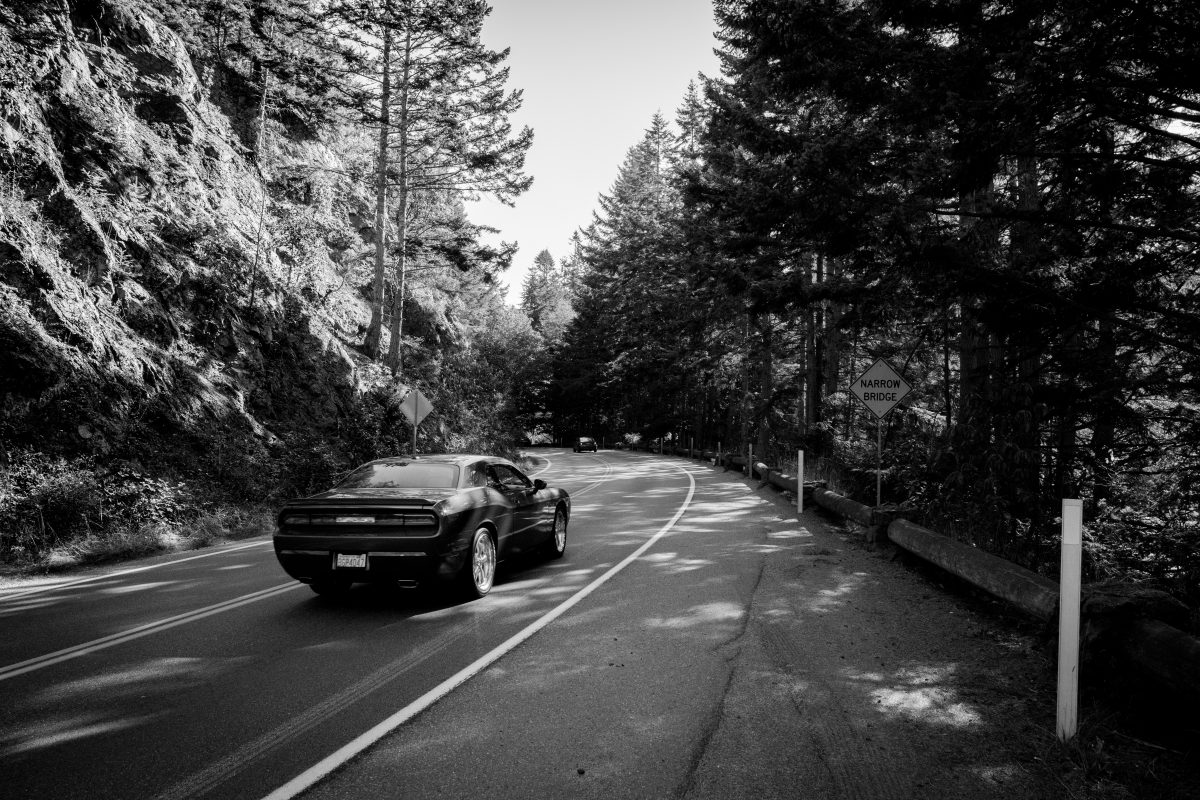 The first option for you is to drive north along Interstate 5 until you reach exit 182. As you turn, the Mukilteo Speedway (525N) leads you to Mukilteo, where you can catch a ferry to Clinton on Whidbey Island.

Once you arrive on Whidbey Island, keep driving the entire length of the island until you arrive in the Deception Pass. Bear in mind that ferry delays may prolong your journey.

The other option is to continue driving on Interstate 5 until you arrive in Burlington, which is about an hour drive. There, turn onto Highway 20 and follow the road to Washington’s state park of Deception Pass via Fidalgo Island.

If you come from the north, take the same route when you reach Burlington.

Once you arrive in the Deception Pass Park, you are more likely to have issues finding stars in the night sky than campgrounds. At least, when you arrive in summer. In winter, the only operational camp is at Quarry Pond.

One-day or annual Discover Pass allows you to visit the Deception Pass Park. The price of the one-day pass is $10, while the annual pass will set you back triple. Purchase the desired pass online or at the automated stations at the Deception Pass.

To explore the waterways of the state park, you need to purchase the boat permit that costs $7 at the automated stations. For the right to launch the boat the entire year, plan the budget of $80.

Opening hours of Washington’s State Park of Deception Pass are from 6:30 am in summer and from 8 am in winter until sunset. 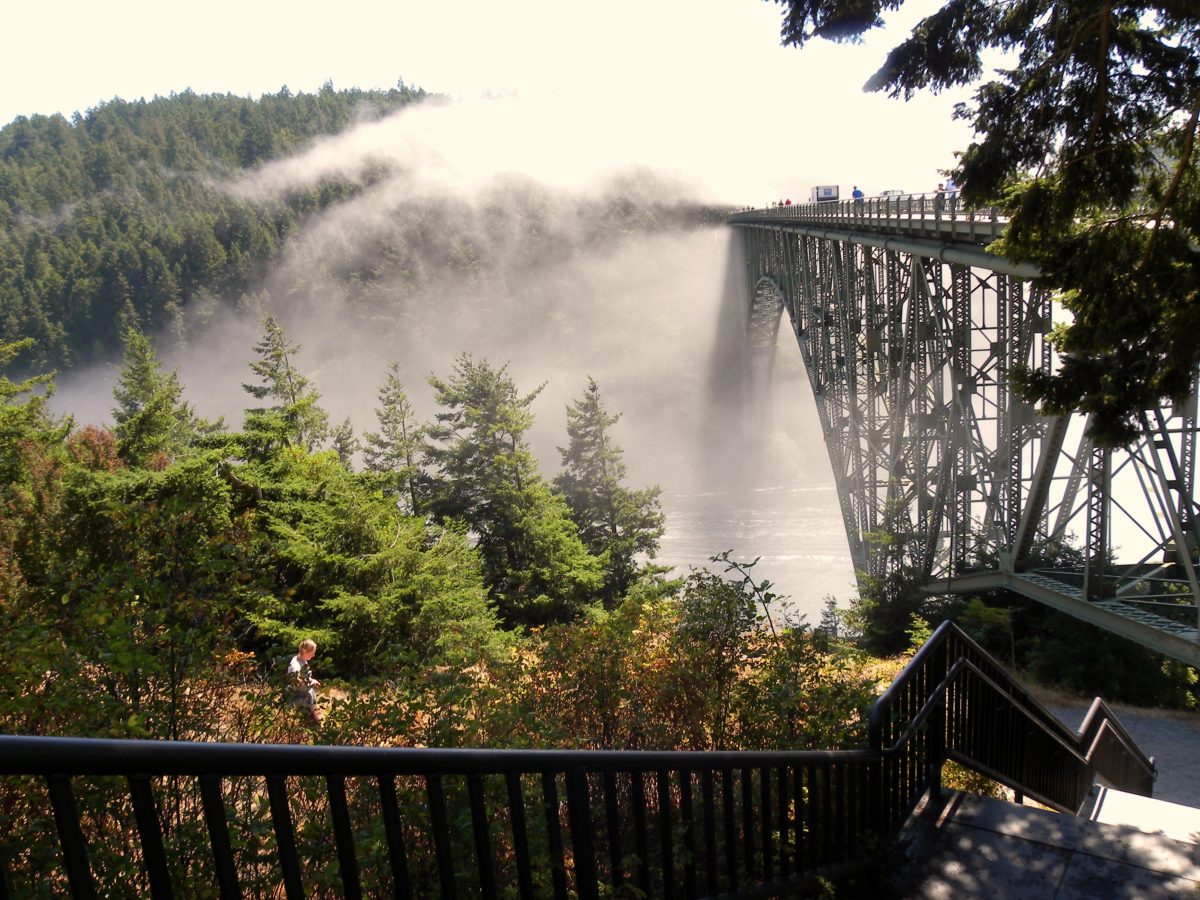 Summer is the ideal season for visiting Washington’s Deception Pass State Park for low precipitation. July and August feature only five wet days per month, while June and September usually have nine and eight days with rain respectively.

Other months typically have between 11 and 17 rainy days, with November being the wettest month in the Deception Pass of Washington.

For having fun in the sun and a chance to explore the Deception Pass the longest possible, plan a visit in June, which is the month featuring the longest days.

While hiking to the Lighthouse Point on Fidalgo Island, allocate some time to check out Douglas Fir Forest and Lottie Bay. You are likely to spot various waterfowl along the way.

Deception Pass has parking lots by the Washington state park’s attractions. Picnic facilities are readily available, as well. The park is a treat to sight, smell, and hearing, so why not adding taste, as well?