Tipping in London, much like tipping in Europe, can be a confusing topic. You may be used to tipping a certain percentage or not tipping at all. But the custom varies from country to country. And because of the difference in practice, tourists often find themselves the subject of derision courtesy of those working in the service industry.

On some occasions, tourists even tip more than the customary amount or tip when it is inappropriate. While tourists are not entirely at fault here, taking the time to learn about tipping etiquette in London can save you a lot of anxiety and money. Here’s your best guide to tipping in London.

How Much To Tip A Hotel Housekeeper 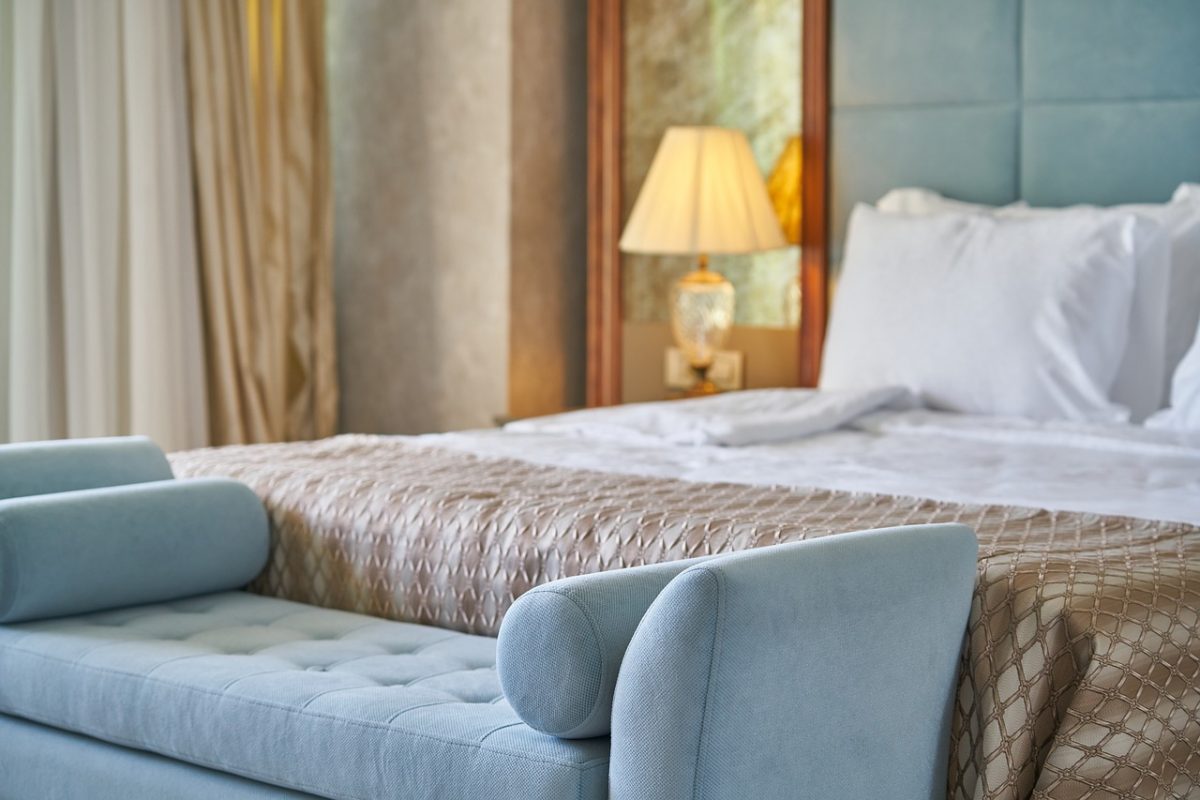 ©Photo by Engin_Akyurt from Pixabay

Tipping a hotel housekeeper can be quite tricky to figure out. If you’re staying at a smaller hotel or family-run establishment, tipping is not necessary. However, they will certainly appreciate the kind gesture. On the other hand, you are expected to tip your servers if you’re staying at any high-end hotel.

Most hotels in London add a 10-12% service charge to your bill. Some have this as an optional charge, which you can opt to leave out. In any case, tipping hotel maids is not obligatory. However, you can still leave any amount of your choice in the room upon departure. If you tend to be a messy lodger, you may want to tip a little more for the extra work.

How Much To Tip Room Service 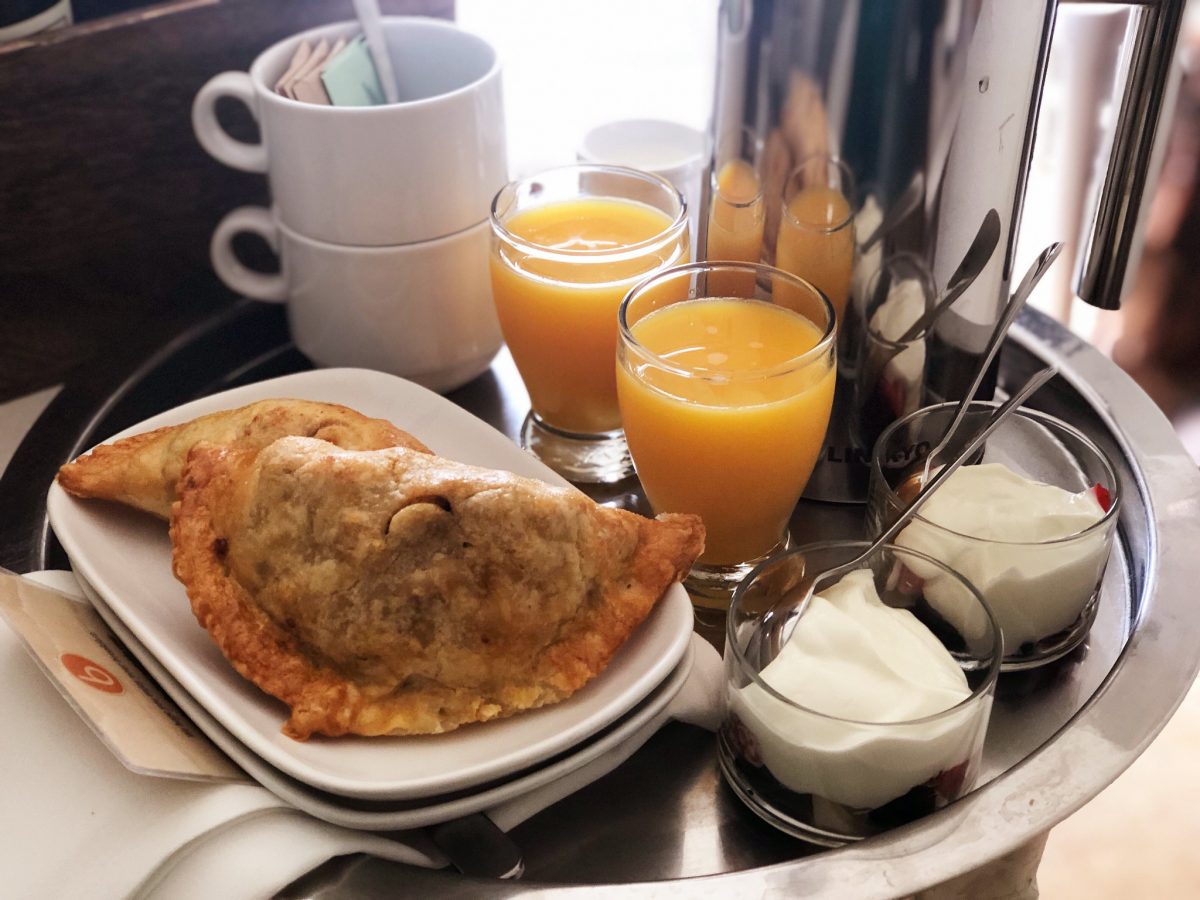 If you plan on ordering room service at some point during your stay, the same rule applies. Room service is not at all like eating at a restaurant where tipping is a percentage of the bill. Tipping your room server is not at all required. However, as with hotel maids, if you do decide to tip, the act will be appreciated.

How Much To Tip Porters 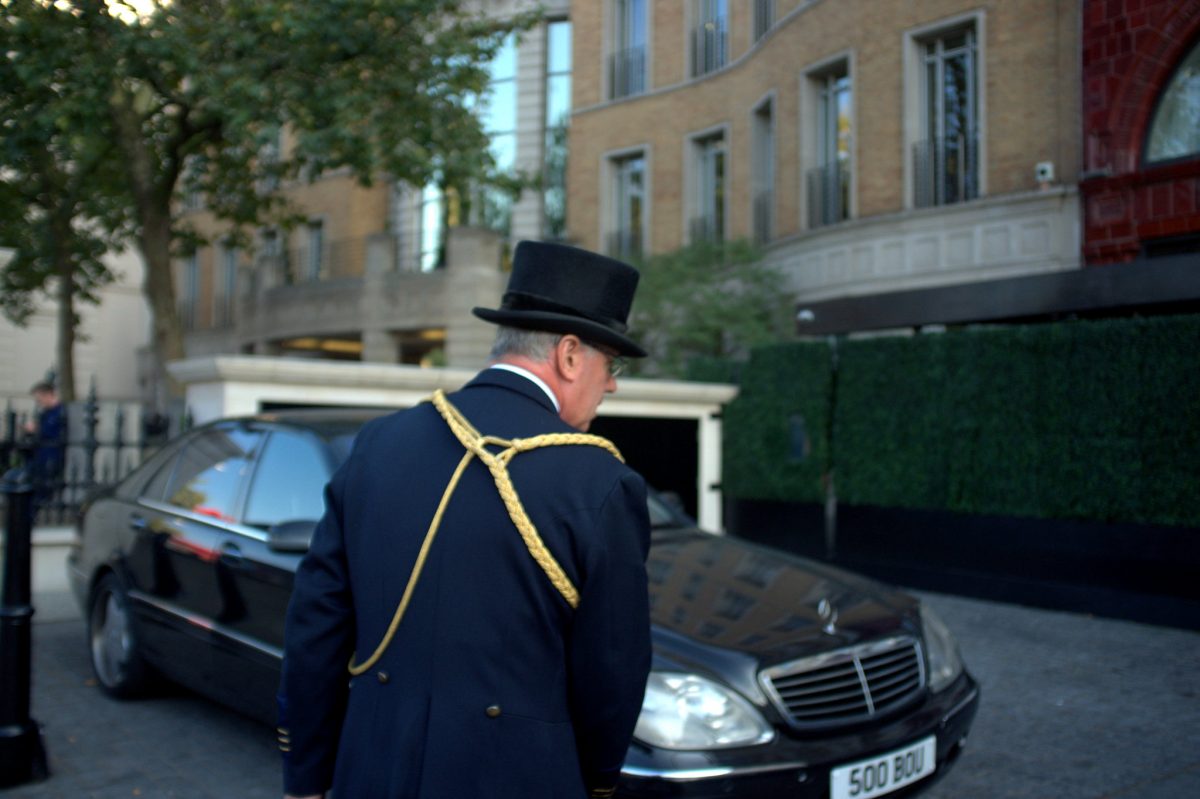 When it comes to tipping in London hotels, porters receive most of the attention. Porters are bellhops and doormen that help you with your luggage or call a cab. It is a common standard to tip porters who provide you with assistance.

But, how much exactly is enough?

You can tip your bellhop £1 to £2 for their service. This should be enough, though tipping more than that will certainly be a welcome gesture. For a doorman who hails you a cab, you can tip them somewhere between £1 to £5. The more luxurious the hotel, the closer to £5 the tip must be.

How Much To Tip At Restaurants 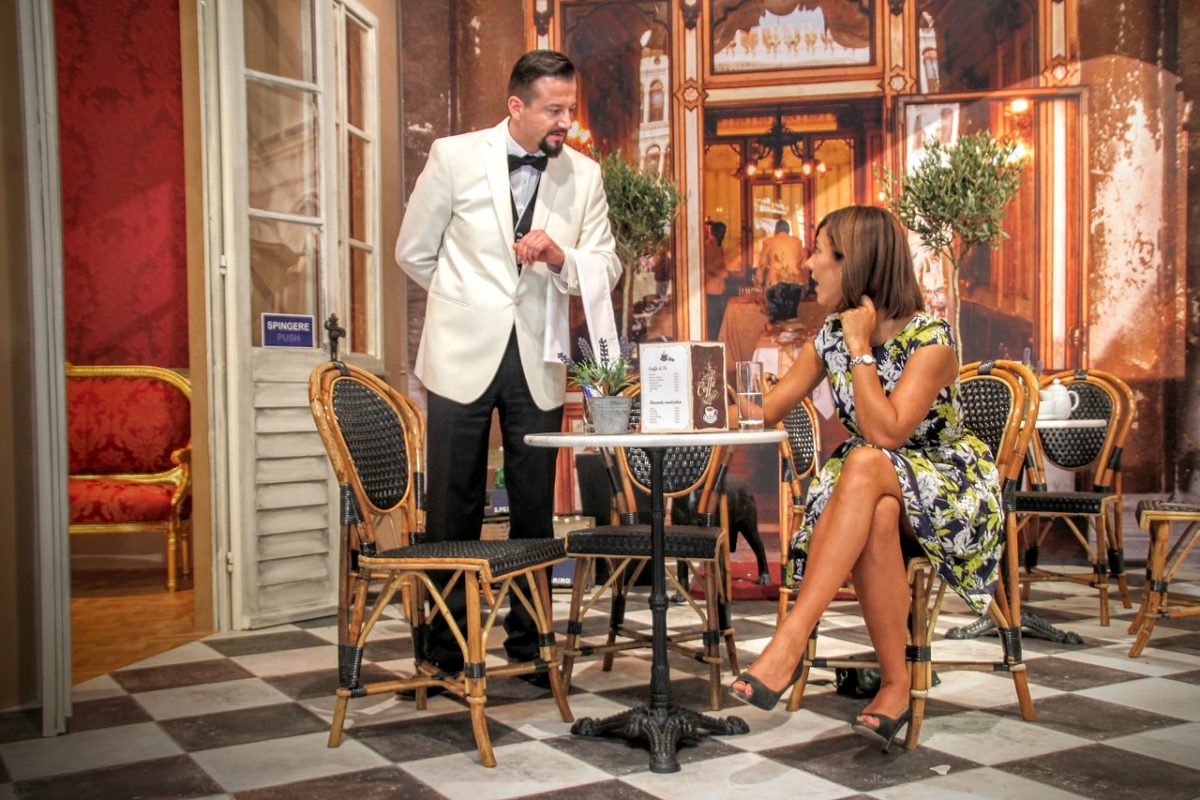 ©Photo by 3D_Maennchen from Pixabay

When you eat at a London restaurant, it is a good idea to check your bill. Some restaurants impose a 12-15% service charge, while others do not. If your bill already includes a service charge, then tipping will not be necessary. However, if the service charge is not automatically added, you will need to leave a tip. The customary amount falls between 10% and 15% of your total bill.

Of course, there are restaurants who allow you to opt-out of the service charge. If you decide against the added service charge, you must leave a tip. If you want to avoid double tipping in London, it is important to be vigilant. After all, 12-15% can be rather large, especially if you’re dining with a big group. You may also want to check the restaurant’s policy on tipping. This is so you can ensure that your server will actually receive your tip after you pay.

While tipping at restaurants is commonplace, it is not customary for fast food, takeaway meals, or self-service. There are usually tip jars for these types of service, but dropping a tip is entirely optional. Most people simply leave spare change, which you can do as well.

How Much To Tip Bartenders 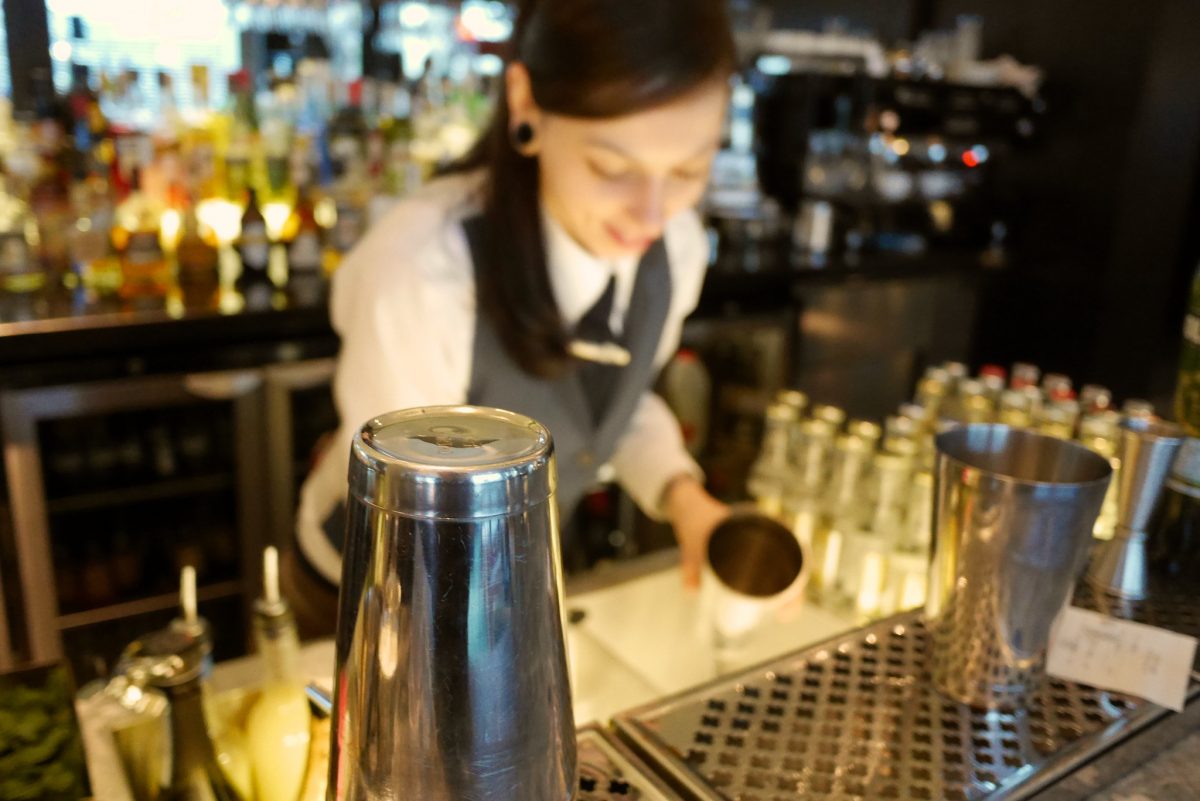 Generally speaking, you do not need to tip bartenders at bars or pubs. However, if you’re extremely satisfied with the service or simply feeling generous, you can buy them a drink. The bartender serving you may pour a drink for themselves or choose to keep the money instead. Either way, they will value your act of kindness.

Pubs that serve food, on the other hand, are not considered restaurants. As a result, tipping remains optional. However, gastropubs are a different matter. Tipping in London gastropubs can be somewhat of a polarizing issue, given their nature. Some gastropubs lean more on the side of being a restaurant than a pub. In such a case, it may be best to leave a tip as you would in a restaurant.

How Much To Tip Cab Drivers 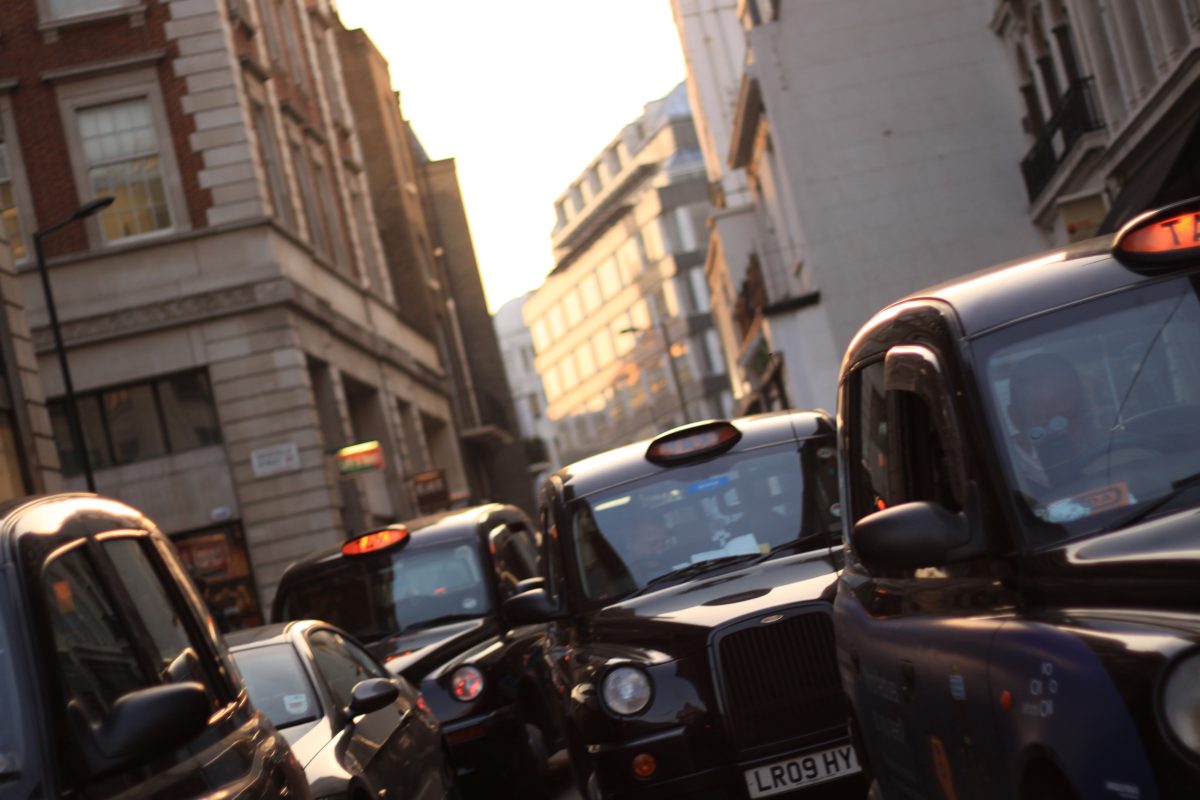 To some travelers, tipping cab drivers may be an entirely foreign idea. In the UK, however, it is absolutely expected. When riding black cabs or licensed minicabs, consider tipping 10-15% of the fare. Of course, most people simply round up to the nearest pound of their fare and tell their drivers to “keep the change.” There is nothing wrong with that, and you can adopt the same method of tipping. However, if your driver goes the extra mile and helps you with your luggage, you may want to tip a few more pounds.

You may encounter unlicensed cabs in London that insist on a pre-agreed flat fare. Unlicensed cabs are illegal and may very well be dangerous. It is best to utilize black cabs or licensed minicabs instead.

How Much To Tip Tour Guides 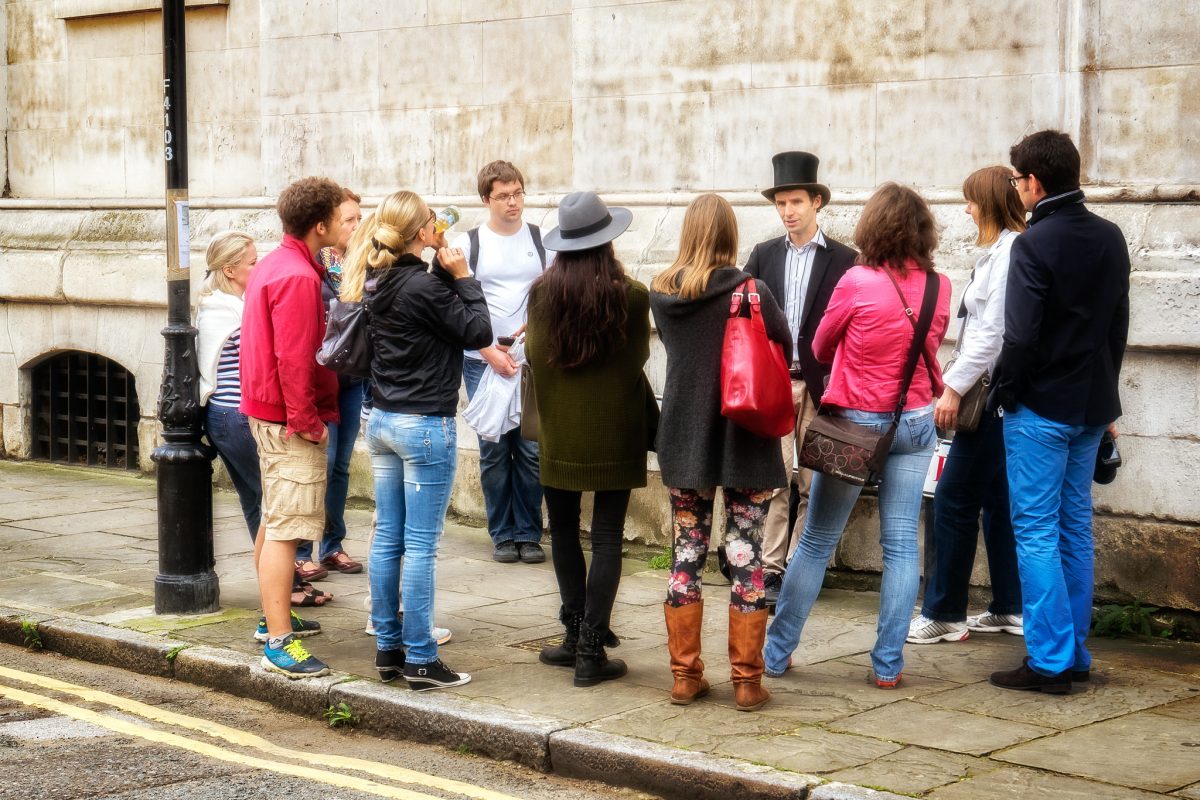 On the subject of tours, the rule of tipping in London is less complicated. You can base your tip on the level of service provided by the tour guide. If you feel the guide did their job very well, you can leave 10-15% of the cost of the tour. If you’d rather not break out the calculator, the standard is £2 to £5 per day for a single traveler. Families can tip £1 to £2 per member.

If you took a bus or coach trip, look for a receptacle placed near the exit. You can place your tips there. Some drivers also act as tour guides, so they will be unable to accept your tip personally.

How Much To Tip For Pedicures 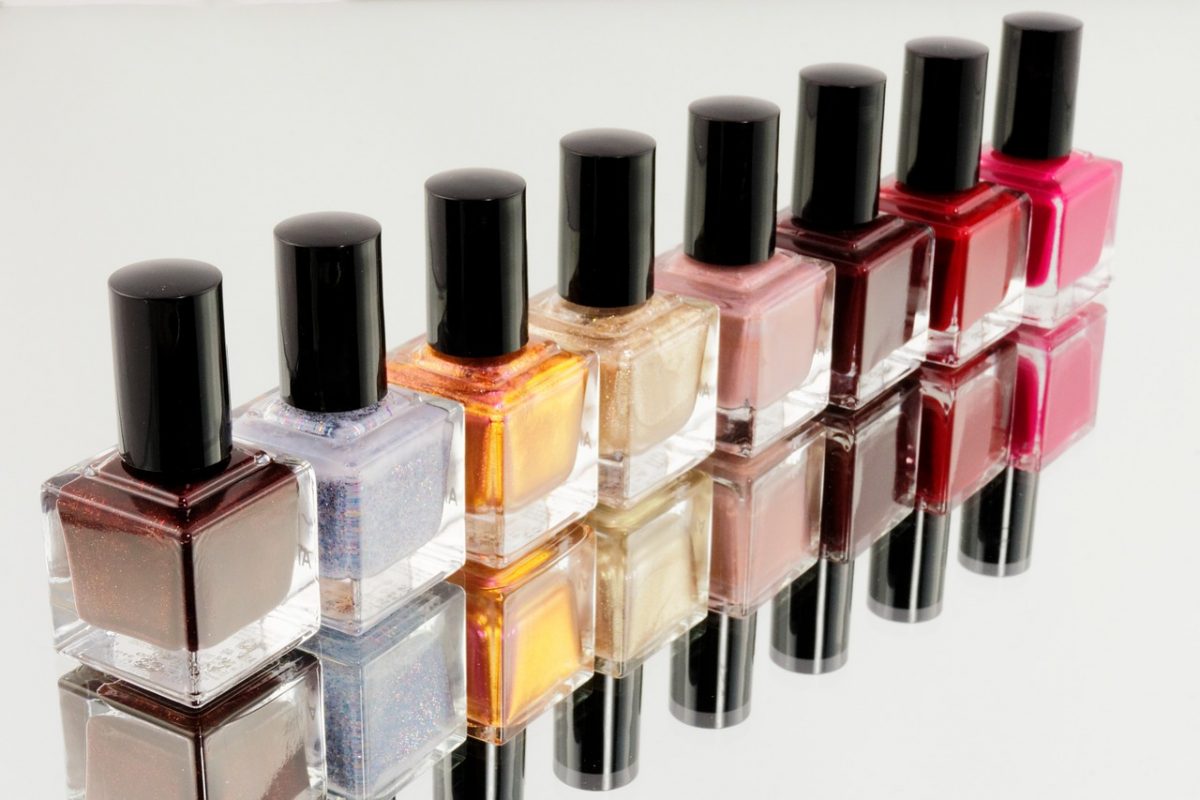 ©Photo by Bru-nO from Pixabay

If you plan to get your nails done at a salon, you must know that tipping is voluntary and not required. However, 10% is the norm, in case you’re in a particularly giving mood. It is also well-mannered to leave your hairstylist, manicurist, or pedicurist a tip if you feel extremely satisfied with the result of their service.

How Much To Tip Bathroom Attendants 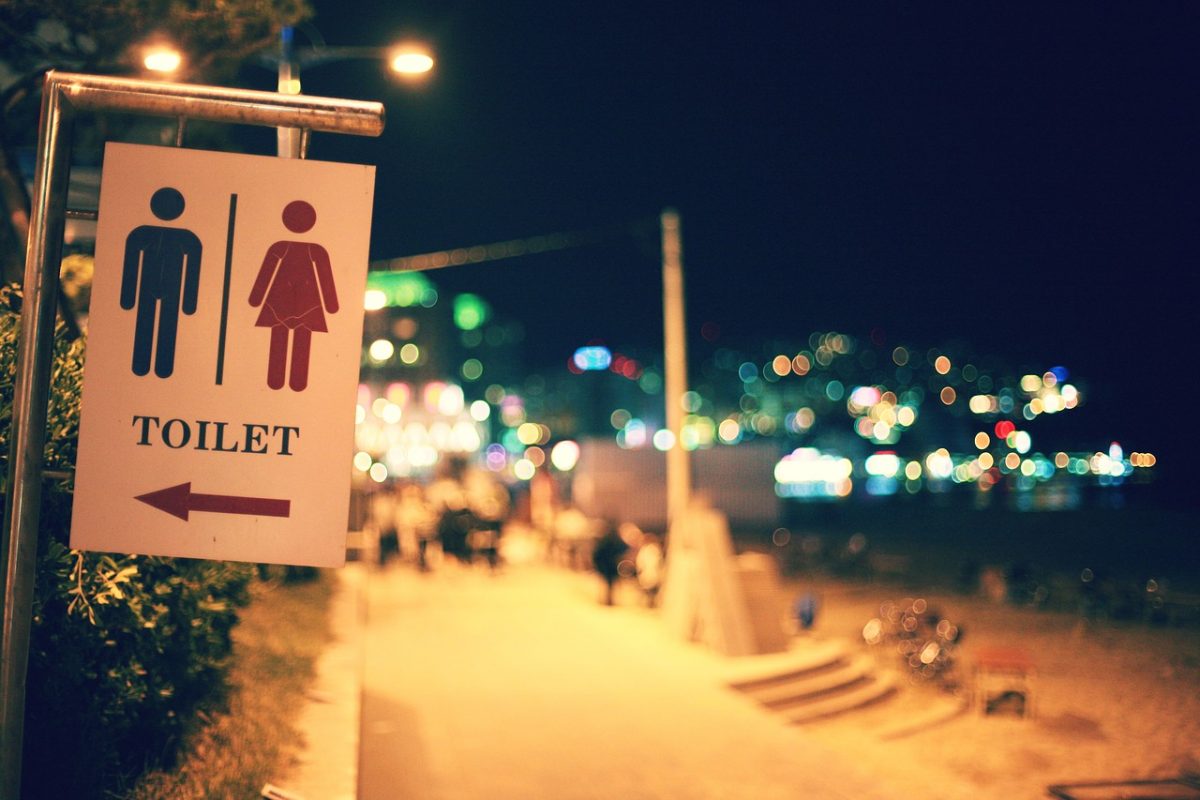 ©Photo by KangDooHo from Pixabay

Tipping in London bathrooms might sound odd to you, but it does happen. While bathroom attendants may not be common in your country, some establishments in London do have them. In case you’re unaware, these attendants supply you with sweets and beauty products inside the bathroom. You do not need to tip them if you do not make use of their services. Conversely, if you do, you must give them a tip. The amount need not be large.

How Much To Tip Coat Check Clerks 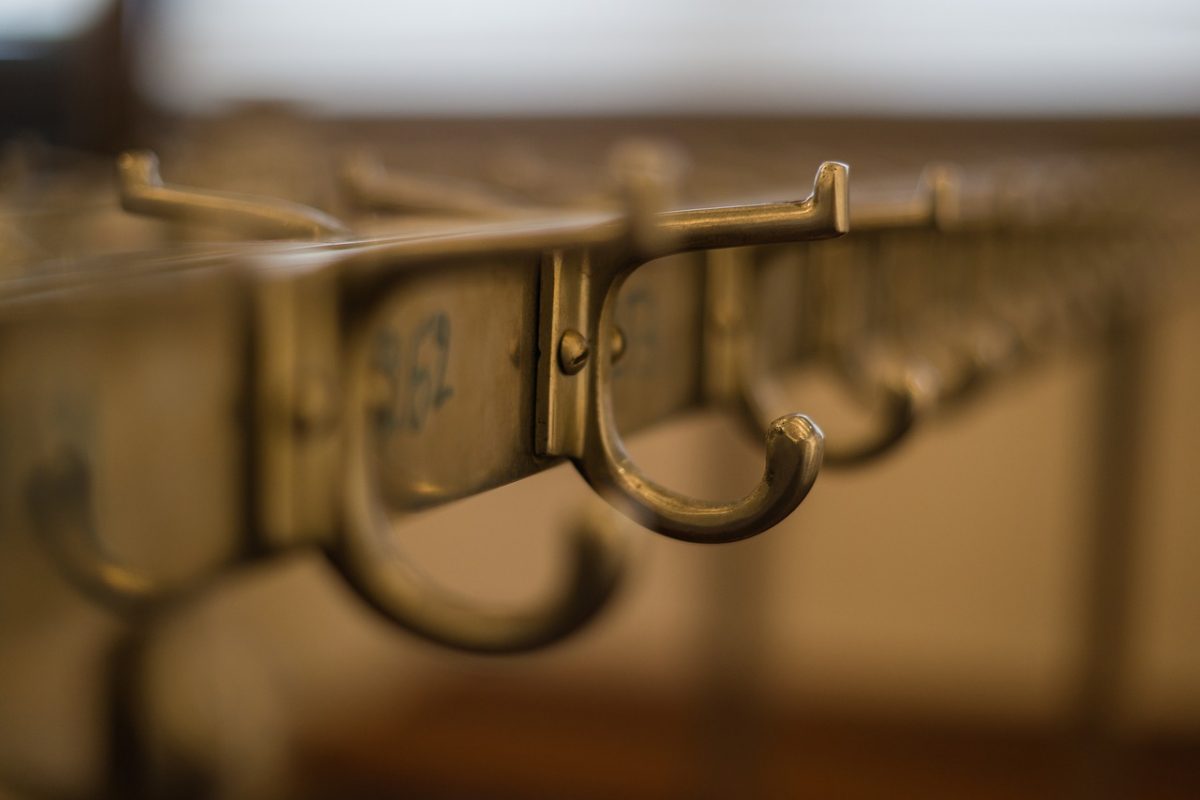 ©Photo by Taken from Pixabay

Certain establishments allow you to check your coat with a clerk. These coat checks may charge you a set fee for the service. However, it is not a universal practice in London. If there is no set fee, a tip of £1 should be enough to let the clerk know you appreciate their help.

You’re Ready For That London Trip!

Now that you’re aware of the proper etiquette for tipping in London, you won’t stick out like a sore thumb. Knowing when and how much to tip can increase your chances of blending in with the locals. Moreover, you greatly reduce the risk of offending your servers. After all, nobody wants to be the person who tips below the average or does not tip at all.

Beyond that, the people helping you will feel appreciated for their work. And isn’t that the most important thing?

Walmer Castle: All You Need To Know In 5 Minutes
England 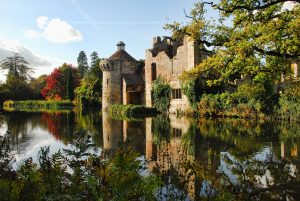 Scotney Castle: All You Need To Know In 5 Minutes