If you wish to take a trip to Grind City and spectate at the exotic animals on display, read below for an ‘all-you-need-to-know’ guide to Memphis Zoo.

Animals that call the exhibit home include Caspian horses, domestic goats and chickens, miniature cows and donkeys, prairie dogs, Pekin ducks and Babydoll sheep. Other additions to the exhibit include a vegetable patch, a cotton patch and rows of cotton to provide authenticity to the aesthetic of an early 1900s Southern farm during the growing season.

Strap in, glide peacefully through the exhibit and be transported back in time. 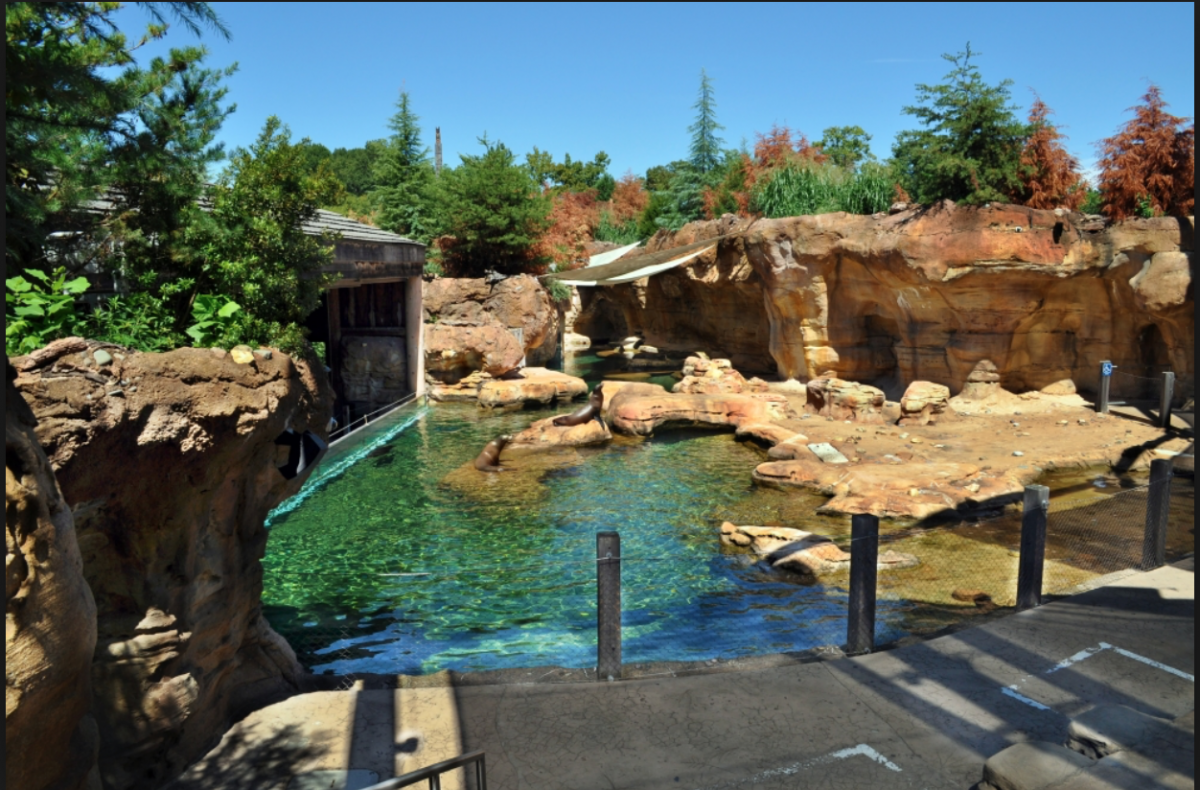 A thematic tribute to the Canadian culture of the First Nations in British Columbia, the Northwest Passage displays the native animals and horticulture of the region. This $23 million-dollar exhibit is home to Memphis Zoo’s polar bears, an underwater viewing building, sea lion observation bubble and 500-seat amphitheatre for daily sea lion shows.

Native American culture is heavily featured within this exhibit. There are messages of conservation inspired by famous Native American chief, Chief Seattle. Besides that, there is also a display of six hand-carved totem pools that received a traditional Native American blessing ceremony when they first arrived at the zoo.

The Teton Trek is home to some of the keystone species found within the Yellowstone National Park, including grizzly bears, elk, timberwolves, river otters and sandhill cranes. There is no need to travel to Wyoming, Idaho or Montana to soak in the sights of the famous national park. You can find its best features here in Memphis Zoo. 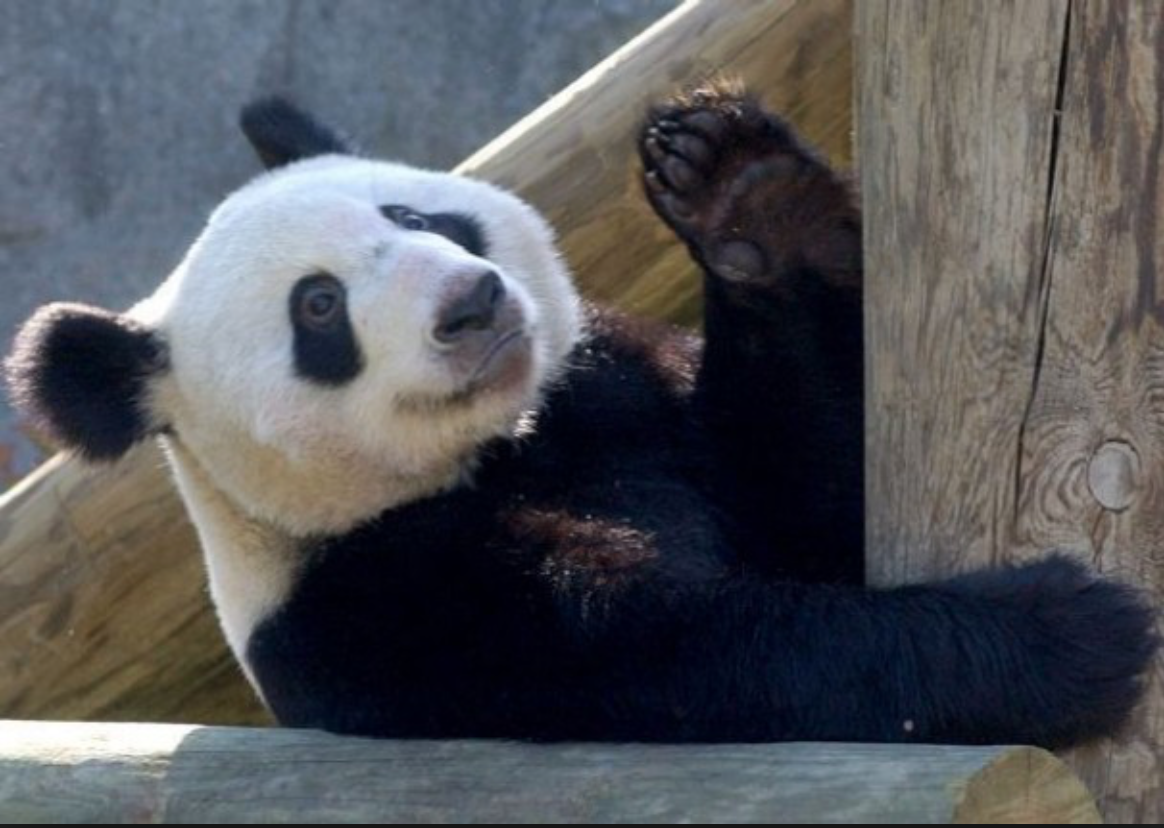 Say hello to ‘Le Le’ and ‘Ya Ya’, Memphis Zoo’s resident giant pandas. The giant panda is a global symbol of animal conservation. A species that once roamed several regions of China, pandas have now been pushed into mountainous regions, threatening their survival.

One of four US zoos that houses giant pandas, Memphis Zoo has made great strides in panda reproduction studies, including predicting the due date of a pregnant panda with astounding accuracy.

Bow down to the kings of the zoo in all their majesty in the Cat Country exhibit of Memphis Zoo. Witness sisters, Akeelah and Jamela interact with their mate, Thabo and watch them behave in their natural environment with their inborn grace and regality.

African lions have been a pre-existing jewel in Memphis Zoo’s crown, with the first lions arriving in 1906. 1906 was also the year when the beloved Dwyer, a Barnum & Bailey Circus lion, joined the Memphis Zoo family. 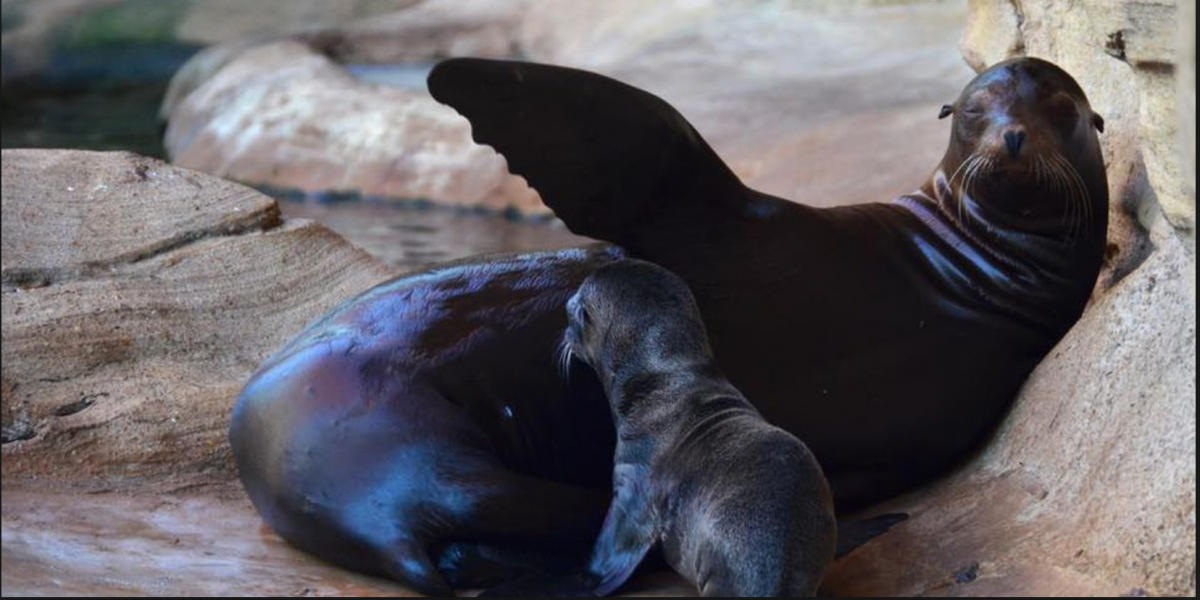 Watch these clever aquatic animals bounce balls, play tricks and even paint at Memphis Zoo! Say hello to the resident sea lion babies; Remy, Catalina, and Buttercup, who live within the Northside Passage exhibit alongside Teva and her parents, Callie and Andre.

Although the collection of the resident sea lions is near and dear to the heart of Memphis Zoo, Andre is an incredibly special animal. A Hurricane Katrina victim, Andre was washed into a bayou when the hurricane hit. After being stranded in the swamp for two weeks without food or water, a local fisherman found him and informed his keepers. He has been in the care of Memphis Zoo ever since.

You don’t need to choose from one type of cuisine or menu here at the Cat House Café. Offering three varied menus of pizzas, deli subs or grilled food including burgers, catfish sandwiches, chicken fritters, and hot dogs, visitors can eat to their heart’s content. The Cat House Café is a family-friendly restaurant which additionally offers a wide variety of kids menus and healthy options for all the family. 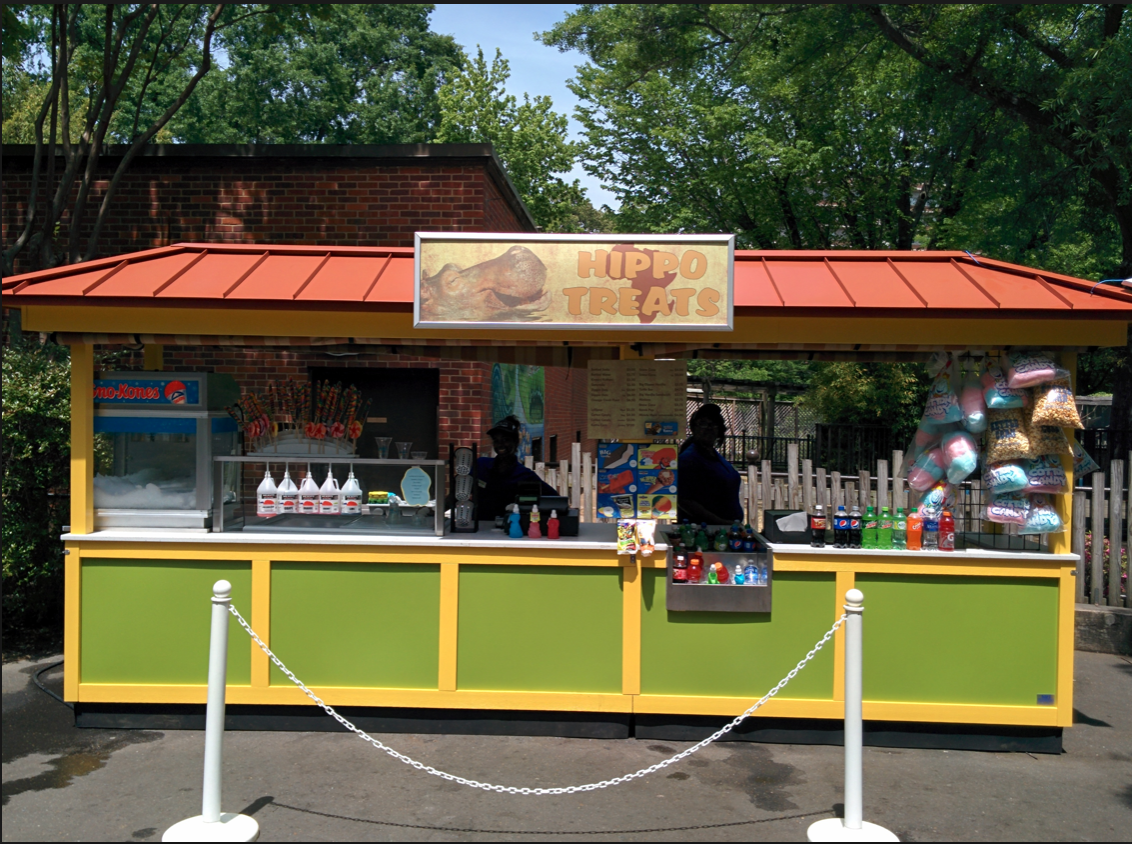 You may feel like you’re at the fairground rather than the zoo when you spot the wide variety of carts and kiosks dotted around the zoo. Offering ICEEs, popcorn, cold drinks, ice cream, and Dippin Dots, the carts and kiosks are perfect to grab a quick bite to eat during your day of fun.

How to Get To Memphis Zoo

The Zoo is nestled within Overton Park, Midtown Memphis. If you are using a GPS, you can find the zoo at the address of 2000 Prentiss Place, Memphis, TN 38112. MATA Bus Services offers direct routes to the zoo with Bus 50 running along the Poplar line and Bus 53 running along the Summer line. 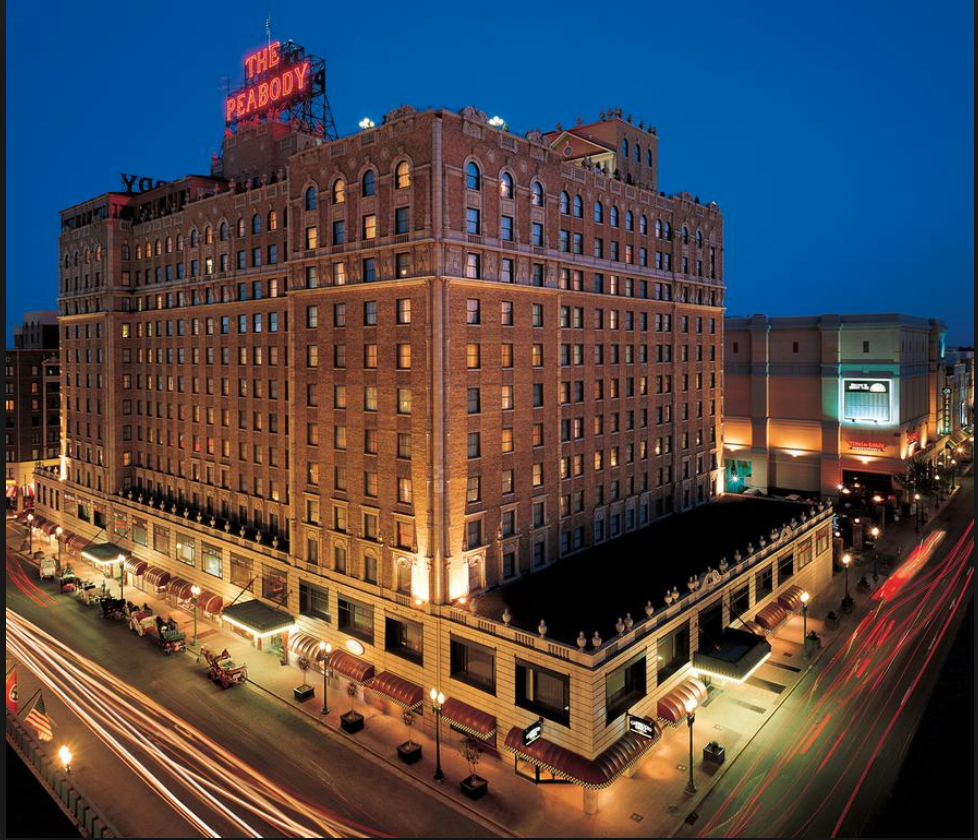 Famously known as the ‘South’s Grand Hotel’, the esteemed and luxurious Peabody Hotel is a stylish and sophisticated four-star haven in Downtown Memphis. A member of the Historic Hotels of America, the Peabody is world renowned for its charm, elegance and high-quality hospitality. 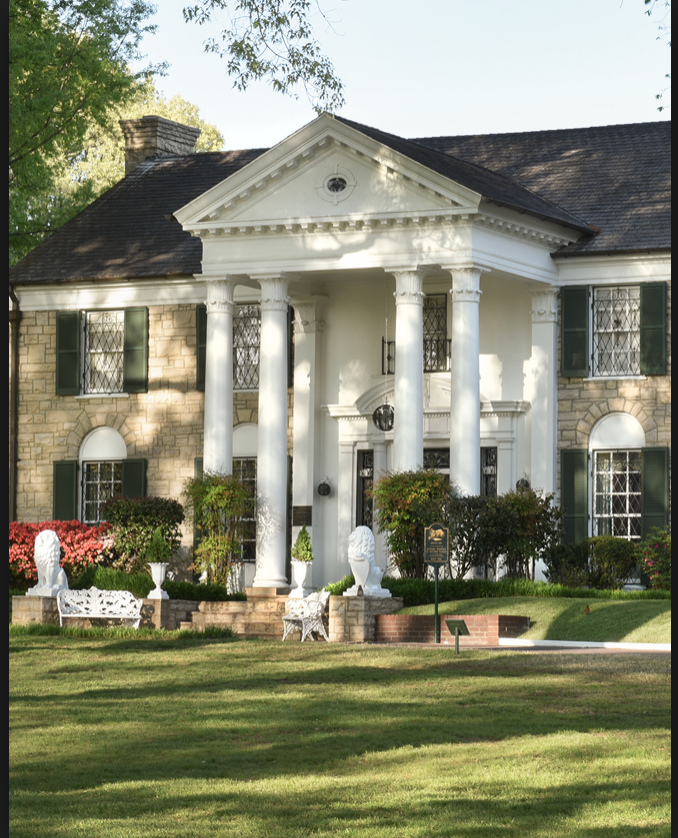 Visit the world-famous past residence of the King of Rock ‘n’ Roll. Once home to Elvis Presley, Graceland now stands as a tribute and museum to the Pelvis himself. Wander the halls and walk through the gardens of the residence which the King called home.  Graceland offers visitors a glimpse into the private life of Elvis. Personal items of the Presley estate and exhibits of his family are also on display. 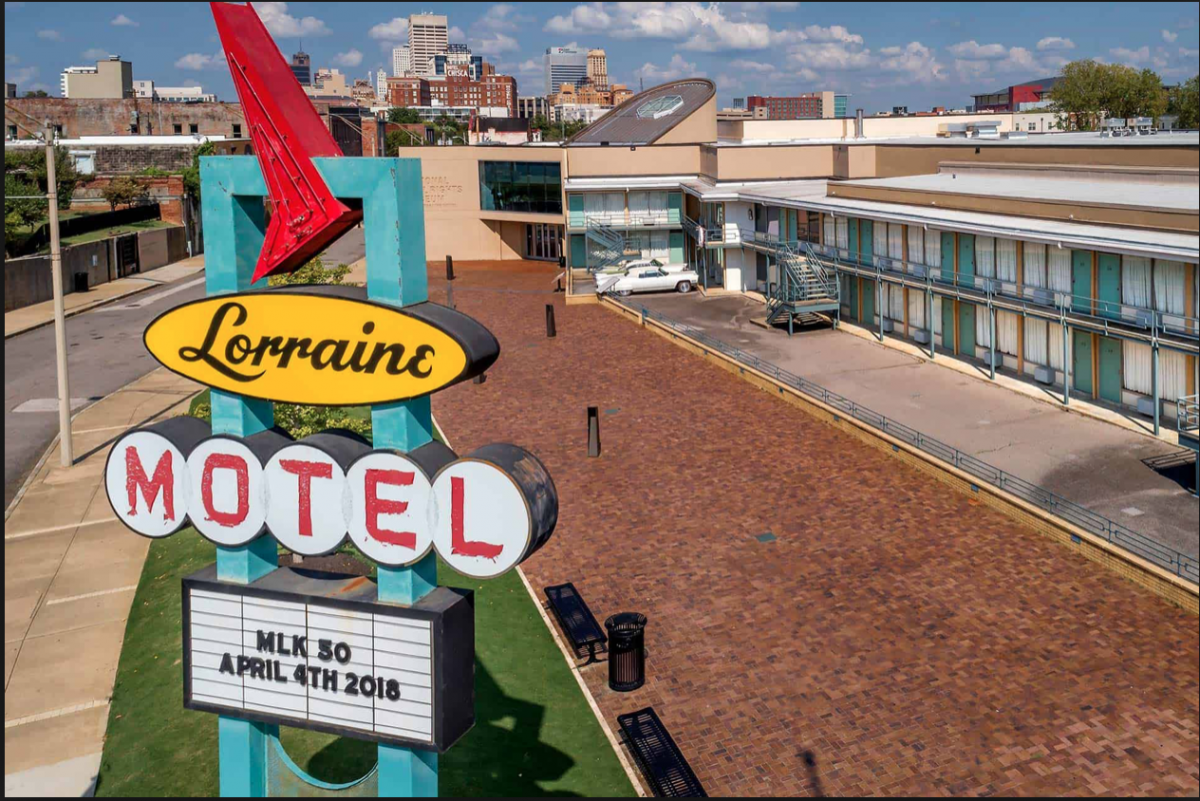 If you happen to be a history buff, catch a glimpse of the history of the country at the National Civil Rights Museum. It was built around the former Lorraine Motel, the site of Martin Luther King Jr’s assassination. Visitors are informed about the growth of a movement that changed the history of the nation forever through interactive exhibits.