Authentic Mexican food doesn’t just define the country’s everyday staple food, but it also represents the culture and traditions that were preserved and passed down from generation to generation. Because of the country’s diverse culture and influences from Africa, South America, Europe, and the Caribbean, native Mexicans were able to combine these culinary influences into their own homegrown meals.

Mexican food is famous all over the world for its colorful, healthy, and delicious dishes, but each region has its unique type of food that makes it their own. In the North, they usually incorporate meat such as beef and pork in their dishes. While communities in the South typically cook their food with fresh vegetables and chicken. People who live by the sea get to relish seafood dishes such as fish, crabs, lobsters, and oysters.

What Are Non-Authentic Mexican Food?

Even with their rich culture and heritage, many still have wrong perceptions of what authentic Mexican food is. The most common aspects of non-traditional Mexican food are:

Store-bought and bland salsa in a jar

If you try out local Mexican restaurants north of the border, you will see how completely different the dishes are and how healthy it could be. It contradicts the health hazards (high in cholesterol, diarrhea, etc.) Mexican foods are known to be the cause of. To finally experience the real and authentic Mexican cuisine, here are the signs and the signature characteristics that your Mexican dish is authentic.

What Are Authentic Mexican Food?

The Dishes Have Traditional Mexican Spices

When it comes to authentic Mexican food, spices always play a big role in bringing out the unique flavors. Mexican cooking still makes use of the spices today. Each of these Mexican spices creates distinctive characteristics to the dishes. Here are some examples:

Dried and smoked Jalapenos give off a smoky flavor.

Achiote seeds and paste are great for seasoning chicken and fish.

Canella or white cinnamon has a rather delicate flavor compared to the cinnamon used in Western countries.

Fresh or powdered garlic brings out flavors and gives a delicious scent to the dish.

Onions, chili powder, cumin, cilantro, and oregano are staples. Once you sautee them together with other ingredients, they give off a unique earthy flavor.

Chile, mixed with cumin and oregano, is a seasoning for meat and vegetables but is also used for other dishes.

Ancho chile gives off a sweet flavor. This type of chile is common in baking and making desserts.

Chipotle, probably the most popular spice in the United States, is the primary flavor chicken and meat marinades.

Authentic Mexican food may look different depending on the regions and the cooking styles, but they have one thing in common: you can feel and taste the flavor immediately after the first bite.

The Tacos Are Soft, Not Crispy 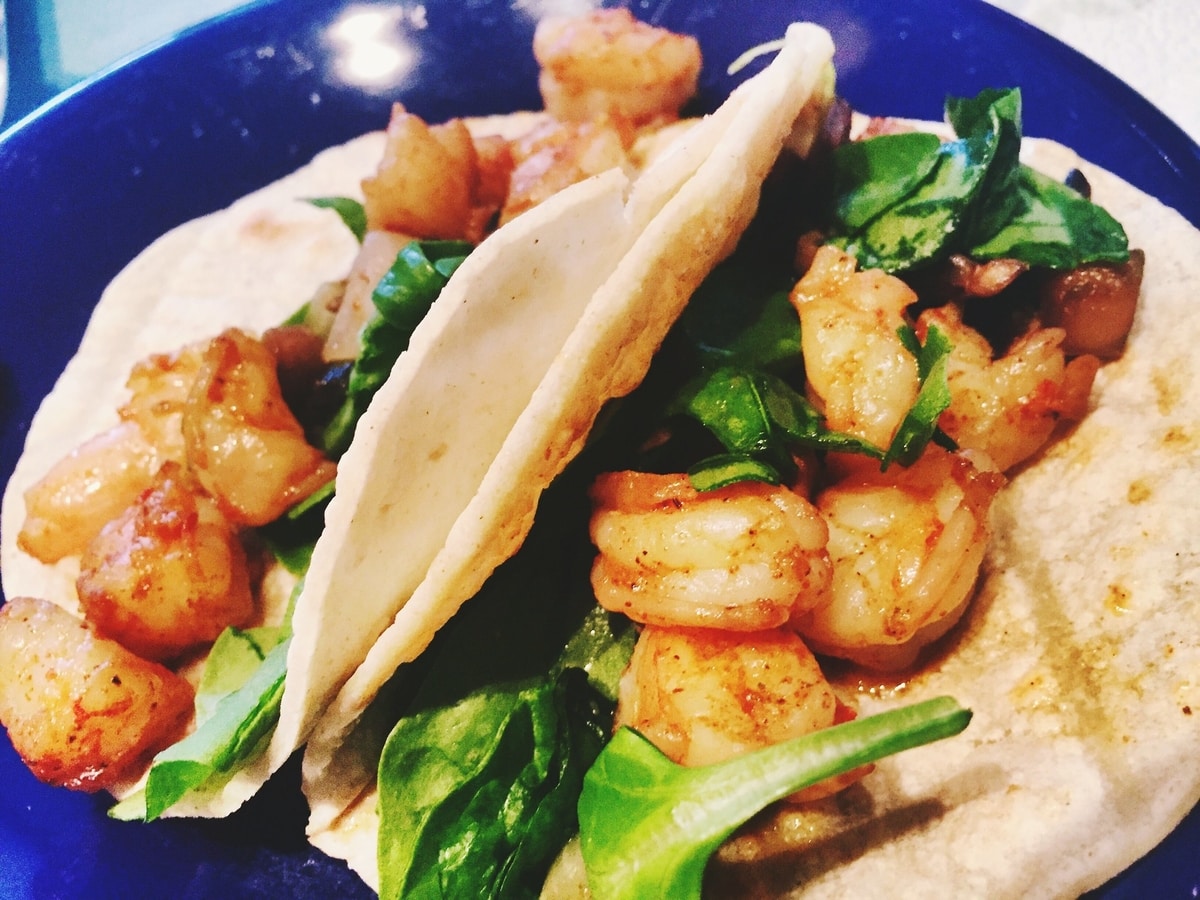 Tacos have been around for centuries now and because of that, there are plenty of taco variations available today. It may come as a surprise to many, but not all tacos are the same as the ones you’ll get from Taco Bell.

You can easily recognize authentic Mexican tacos. They’re small and soft since they’re usually either grilled or steamed. They are also very versatile because you can fill them with different toppings such as chicken, pork, beef, and vegetables. Authentic Mexican tacos come with a tiny bowl of salsa and avocado on the side.

If the taco uses soft corn tortilla and there’s meat inside, that’s a real Mexican taco. Flautas is a crispy type of taco. It comes with tortilla and meat and lettuce toppings. Tacos de Canastas are similar to the regular taco; the only difference is the soft corn tortilla is steamed. If you somehow see lettuce wrapped or walking tacos, it’s not authentic but only a pale impression of the real and original Mexican taco.

Ingredients Are Fresh And Healthy

Because of the country’s tropical climate, they’re abundant in different kinds of fruits and vegetables which allows the locals to create delicious and healthy dish options. Healthy Mexican Food usually consists of beans, tomatoes, chiles, and white corn—all excellent sources of vitamin C and potassium. The best Mexican Restaurants serve a wide array of seafood, meat, poultry, and vegan dishes that are only made with fresh and healthy ingredients.

Authentic Mexican food has gluten-free tortillas, too. They are naturally gluten-free since they’re made only with “masa harina” and water. Natural tortillas are especially good for anyone who has a gluten intolerance.

Unlike the yellow cheddar cheese widely used in Mexican fast-food restaurants, authentic Mexican cuisine uses cheese which is flavorful, tangy, and most of all, tasty.

The original Mexican cheese is usually white and balances the intense flavors coming from the other ingredients such as onions, peppers, and chiles. Mexican appetizers like quesadillas and main course dishes such as enchiladas and chili come with white cheese. Mexican side dishes like tacos, grilled corn, bean dip, and taquitos, also comes with white cheese.

Enchiladas Are Simple And Not Overstuffed

Enchiladas are one of the most well-known and probably, the best Mexican food there is. Restaurants all over the world serve this fantastic dish but they somehow fail to retain its authentic ingredients and originality. Like in American cuisine, the enchiladas are big and overstuffed with sauces, meat, and vegetables, whereas the original Mexican enchiladas are light with small meat stuffing inside and are dipped in spicy sauce.

How To Spot A Fake Mexican Restaurant

As someone who wants to experience genuine Mexican cuisine, you want to make sure you’re not being ripped off by restaurants that claim to serve these “authentic” dishes when they certainly don’t. Watch out for these signs to spot a fake Mexican restaurant: 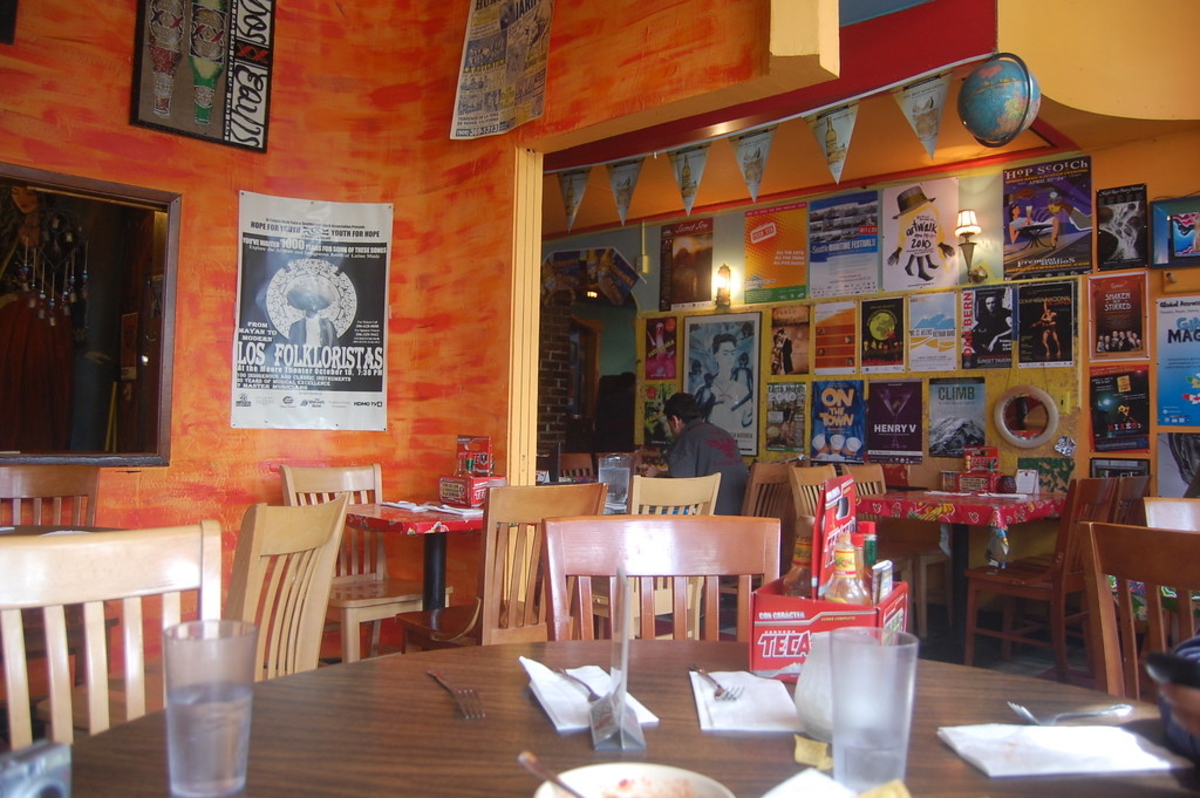 Decorations make restaurants feel homely and welcoming. But if a Mexican restaurant has too much to the point where everywhere you look there are paintings or posters of bullfighters, piñatas, and sombreros, it could lead to an assumption that the management is trying too hard to make the restaurant look authentic. Another thing to watch out for is if their servers are dressed in ridiculous costumes.

Mexican restaurants that offer the real authentic experience will focus on making you feel the Mexican people’s everyday culture rather than showing off silly costumes and excessive decorations.

There’s No Soccer On TV

As mentioned in the previous point, authentic Mexican restaurants would want to make you feel the people’s everyday culture, and soccer plays a massive part in that. It is the most popular sport in Mexico, and they watch it with so much passion and excitement that they’re always up-to-date with the games and playoffs. You may even consider it as a part of their national identity. If you happen to walk in a local Mexican restaurant with a TV and it’s showing anything other than soccer, you might not be in a real Mexican restaurant.

When you’re in an authentic Mexican restaurant, you can be sure that the tortillas are made fresh for every order. The restaurant might make their own tortillas or order them from a respectable tortilla supplier. If you do happen to encounter a rubbery tortilla with a weird preserved smell, it’s most likely store-bought. The moment you take a bite, you’ll know if that tortilla is fresh or not.

Authentic Mexican Food Do Not Serve Cheese And Chips

If you see “queso” and “chips” on a menu of a supposedly authentic Mexican restaurant, they’re not what they say they are. These combinations are not a part of their cuisine and never will be. Chips are served with fresh salsa and guacamole, while the cheese used in Mexican dishes, such as Rellenos and tacos, is queso fresco—white cheese made from cow’s milk. So if you see orange cheese, that’s not the real deal.

Mexican food is famous all over the world for its flavor, uniqueness, and long history. Thanks to their people’s dedication and preservation of their culture and heritage from centuries ago, we are still able to appreciate the Mexican indigenous traditions to this day.

There are thousands of Mexican restaurants around the world claiming to be authentic, but only a few of those indeed are. Quesadillas and tacos have become a norm in restaurants and made into different versions, the Americanized one being the most famous at that. We tend to forget how the real ones taste.

So when you’re at a Mexican restaurant that claims they only serve authentic dishes, always keep your eyes peeled of the five signs mentioned above. The last thing you’d want is to crave for the authentic Mexican taste but go home with something you can easily make at home.