Now that you have set your sights on vacationing in Tokyo, it is only proper that you map out a list of activities to do in the city. And one of such activities that you should definitely not neglect is visiting the iconic Tokyo Tower.

Yes, we bet that you’re vaguely familiar with the Tokyo Tower as it is a famous Japanese landmark. But what makes this tower so special and why should it be on your itinerary of Tokyo travels?

In this article, we shall point out the significance of the Tokyo Tower and why a visit to Tokyo is not complete without seeing it. To set the ball rolling, let us first find out how the Tokyo Tower came into being.

Ready for some history 101 lessons?

History Of The Tokyo Tower

The Tokyo tower was constructed in 1958 but was not intended to be a tourist attraction at the start. It originally served as a tower for radio broadcast at a time when televisions were becoming increasingly popular in Japan.

Since this was also a time of great prosperity in the country, no expense was spared in building a tower to represent Japan’s booming economy. In summary, more than 3 billion yen was earmarked for the project.  And from its humble beginnings as a radio broadcast tower, the Tokyo Tower has become an iconic symbol affiliated with the international city of Tokyo.

But does this mean the tower is no longer used for its original purpose?

The Tokyo tower still functions as a radio broadcast tower. It currently transmits signals from Tokyo’s four radio (FM) and nine television stations to the entire city. In addition, several equipment and gauges are mounted at the peak of the tower to monitor the air and traffic situation of the city.

What You Should Know About The Tokyo Tower 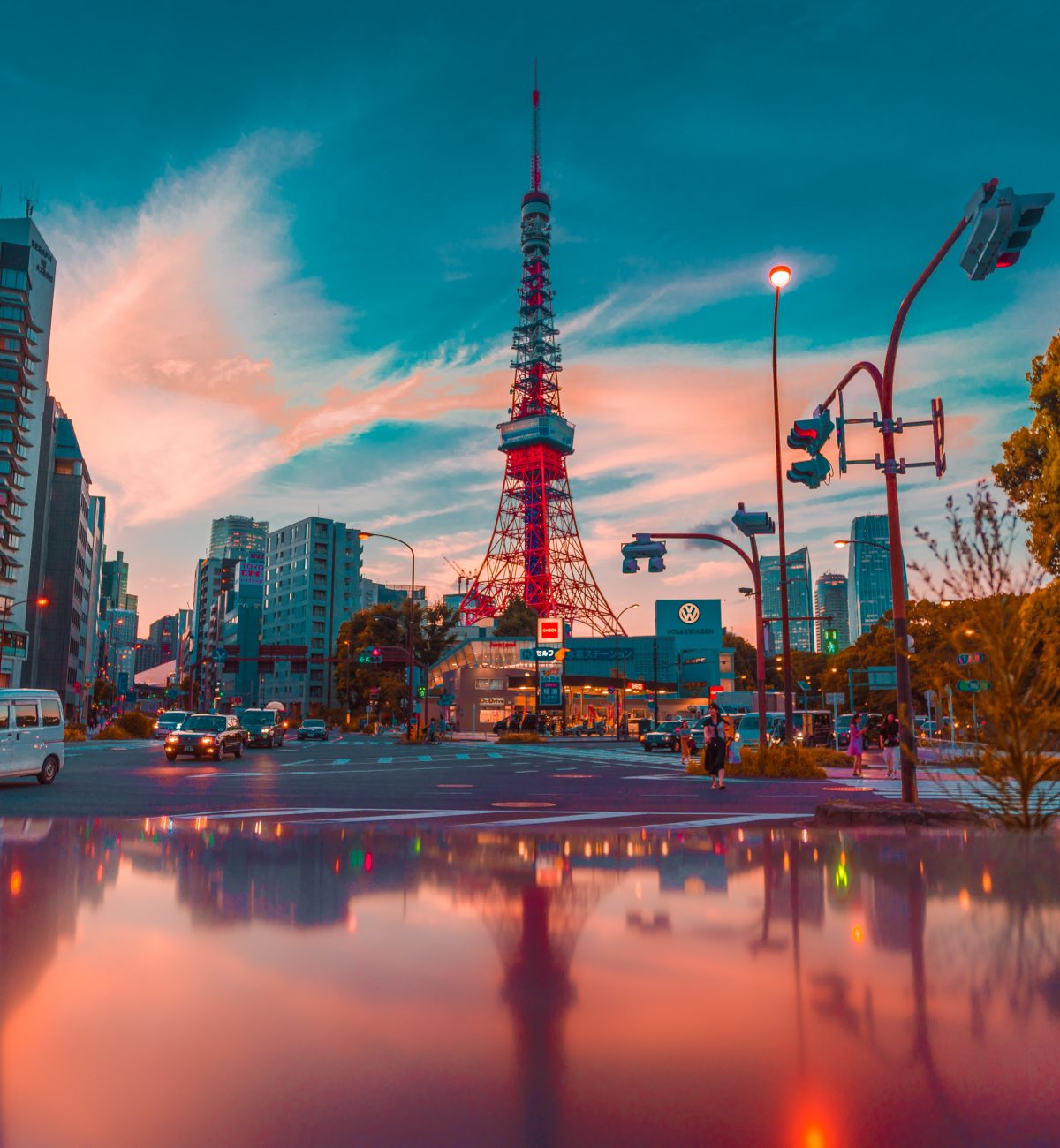 Photo by Jezael Melgoza on Unsplash

If you are familiar with the Eiffel tower in Paris, seeing the Tokyo tower for the first time can give you a feeling of déjà vu. The reason for this is that the Tokyo tower was modeled after the iconic French landmark.

However, standing at a height of 1,092 feet (333 meters), the Tokyo tower is 13 meters taller than its French cousin. This imposing height earns it a record as the tallest self-standing steel tower in the world. 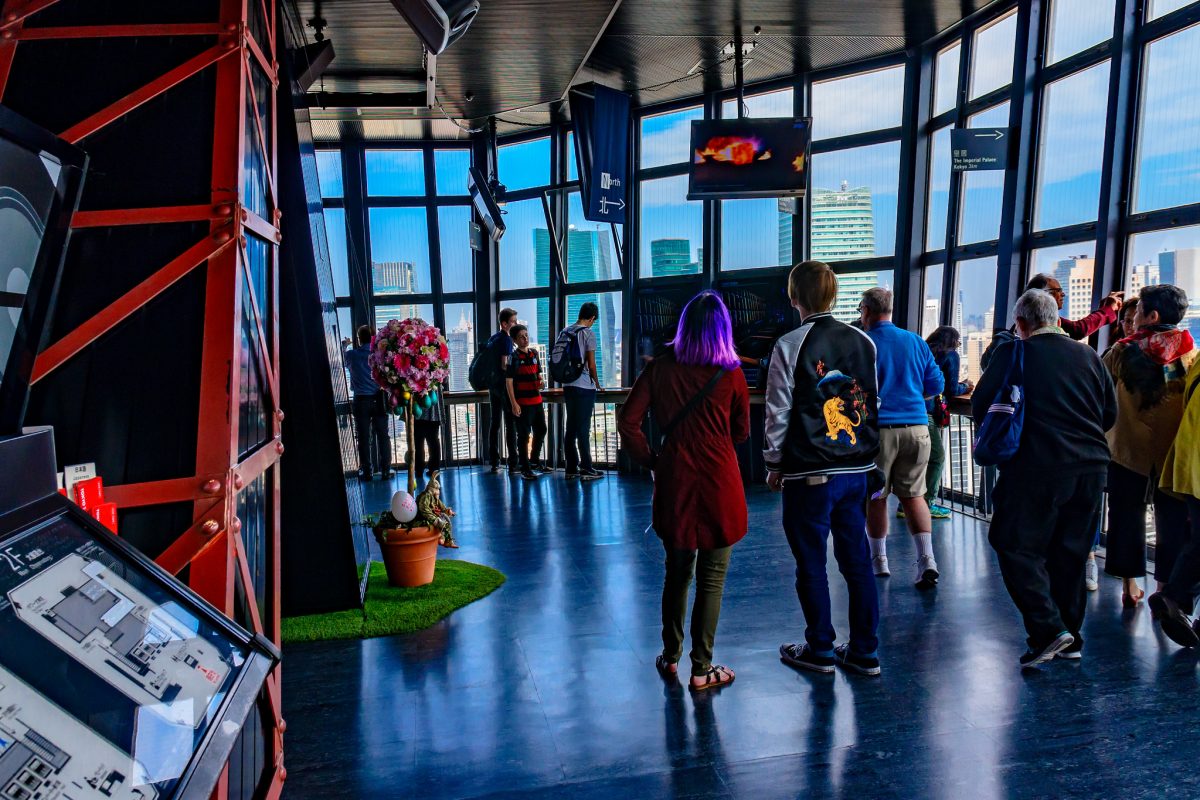 A visit to Tokyo Tower starts with the observatory. Thanks to its height, Tokyo tower has elevator services that can take you to the main observatory. But if you are all for a healthy fit life or believe elevators are for wimps, then the 600 stairs leading to the observatory should be more to your taste.

At the main observatory, you will find “lookdown windows” that let you walk on the see-through glass that gives an unobstructed view of the city below. But beware, this part of the tour should only be attempted if you have nerves of steel.

The main observatory isn’t all that Tokyo tower has to offer though.

There’s also a special observatory that can only be accessed by a different elevator. This observatory has the distinguished title of being the third-highest observation platform in Tokyo.

And how does the special observatory differ from the main observatory? 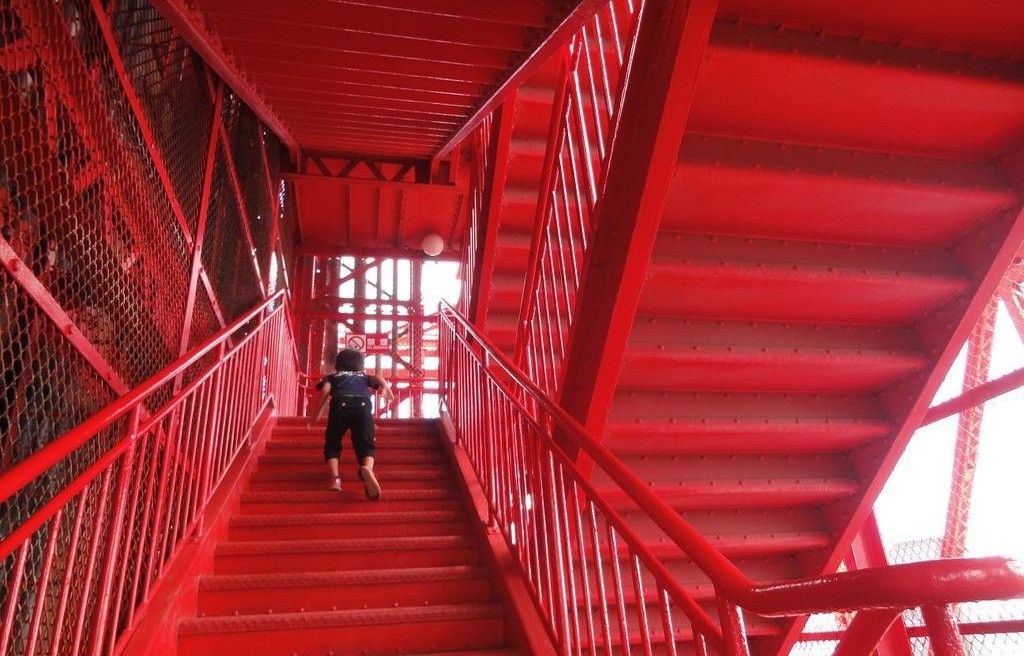 Photo by All About Japan

At the main observatory, you are treated to a bird’s eye view of Tokyo, which can be quite an experience. Meanwhile, the special observatory does not only treat you to a cityscape view of Tokyo, but it also offers a glimpse of Mount Fuji and the Tokyo Skytree. But please note that this is dependent on how clear the weather is. On a side note, if you’re planning to visit the Skytree, be sure to check out this article.

Now, if you are not so chummy with height and have a phobia for things more than 6 feet, you will definitely not miss out on the magic of this tower.

A total of 164 floodlights are strategically arranged on the Tokyo tower. And the dazzling display it creates in the night provides a beautiful background for your many pictures. What’s more? You can also shop in the nearby Hello Kitty souvenir shop or unwind in the café.

Still got juice for more adventures?

Then head into the “Foot Town” building which has shops and an indoor amusement park called One Piece Tower. Lovers of the One Piece Tower manga can geek out in the park which was opened to the public in 2015 to celebrate the 15th anniversary of the manga. 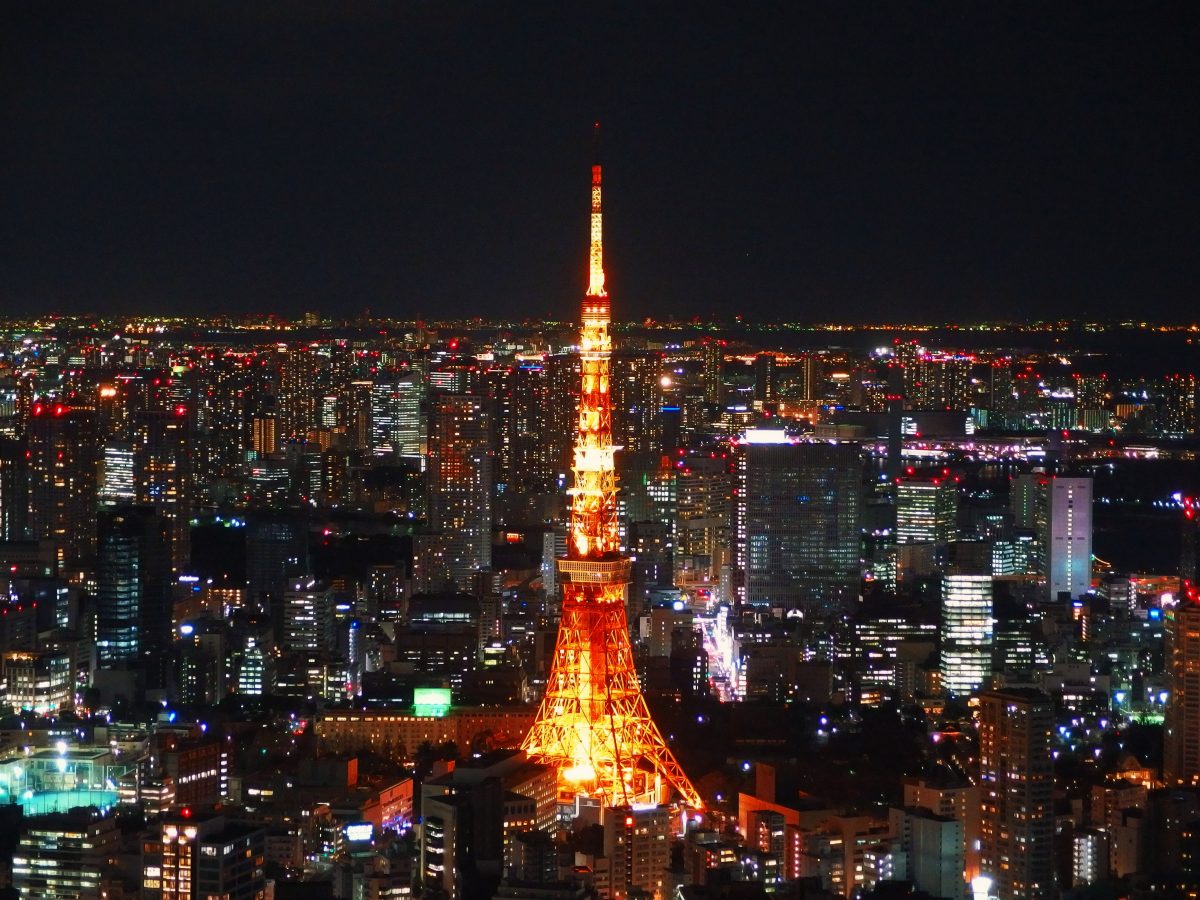 Photo by Yu Kato on Unsplash

Even if you do not understand the hype behind the manga, you can as well enjoy the many games, shows, and other side attractions offered by the park. Anyway, if mangas are not your thing, the many restaurants, souvenir shops, and cafes can be the perfect way of leisurely spending time. You can order some Japanese green tea as you relax.

A Brief Overview Of Tokyo Tower

Tokyo Tower is an inescapable sight in Tokyo, here are some additional facts you might find interesting.

When Was Construction Started?

When Was The Construction Of Tokyo Tower Completed?

The Tokyo Tower was officially completed in June 1959.

How Much Did The Construction Cost?

The total cost of construction was valued at 30 billion yen (about $30 million).

What Is The Weight Of The Tokyo Tower?

How Many Elevators Does It Have?

There are four elevators running the length of the tower.

What Is The Capacity Of The Elevators?

Each elevator can conveniently fit 32 persons at a time.

What Is The Overall Height Of The Tower From Its Base?

What Are The Opening Hours Of The Tokyo Tower?

So there you have it. If this little description further whets your appetite about visiting the Tokyo Tower, then our aim in writing this review has been accomplished.

Though the neighboring Tokyo Skytree gives stiff competition to the Tokyo Tower, it still continues to be a major draw for tourists all over the world.  Forever a symbol of Tokyo, this tower stands as a testimony to the never-say-die attitude of the Japanese people.

So, marvel at this engineering feat and don’t forget to enjoy all that your Tokyo tours have to offer. And most importantly, stay safe.