The impressive Nijo Castle was symbolic of the expansive power of the Tokugawa shoguns in. The brilliantly designed fortifications are a striking example of the control shoguns possessed in Japan at the time.

An outer and inner stone wall, each containing an extensive moat, provided barriers to protect the castle. Not to mention, the elaborate artwork and radiant gardens provided the Shoguns with a marvellous residence to host guests.

When you walk through the gate guarding the castle entrance, it feels like you have turned the page in Japanese history.

Go back in time and relive the era of the Shoguns when you enter the spectacular Nijo Castle!

A Brief History Of Nijo Castle 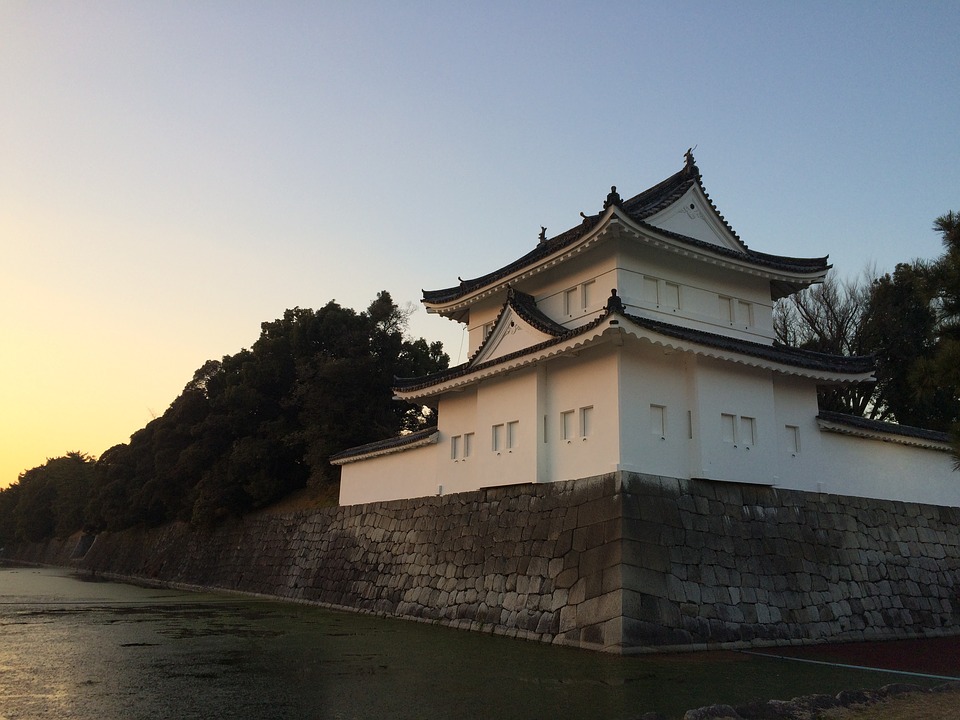 Photo By: ifritwei on Pixabay

Tokugawa Ieyasu was the powerful shogun who ushered in the Edo Period beginning in 1601. The construction of Nijo Castle was intended to showcase the prestige and newfound power of the Tokugawa Shogunate. Ieyasu commanded all feudal lords to assist with the creation of the castle.

Upon completion, Nijo Castle would be the residence of the Tokugawa Shogunate in Kyoto. The tremendous fortress took 25 years to complete and Ieyasu’s grandson, Tokugawa Iemitsu, would oversee the final touches.

Even though the Tokugawa Shogunate utilized Edo as its capital, Nijo Castle served a strategic purpose. The Imperial Court remained in Kyoto and Shoguns would routinely stay at Nijo Castle when visiting the Imperial Palace.

When power shifted away from the Tokugawa Shogunate in 1867, the Imperial Court took control of the castle. The property would open to the public in 1940 and the grandiose Kyoto castle became a popular tourist attraction.

The property surrounding the structure and the decorative interior equally highlight the former power of the shoguns. From the moment you enter the gate guarding the grounds, it is a magnificent display of strategic planning and craftsmanship.

Wander around the castle and admire the tranquil surroundings of lovely flora and radiant gardens before seeing its interior. 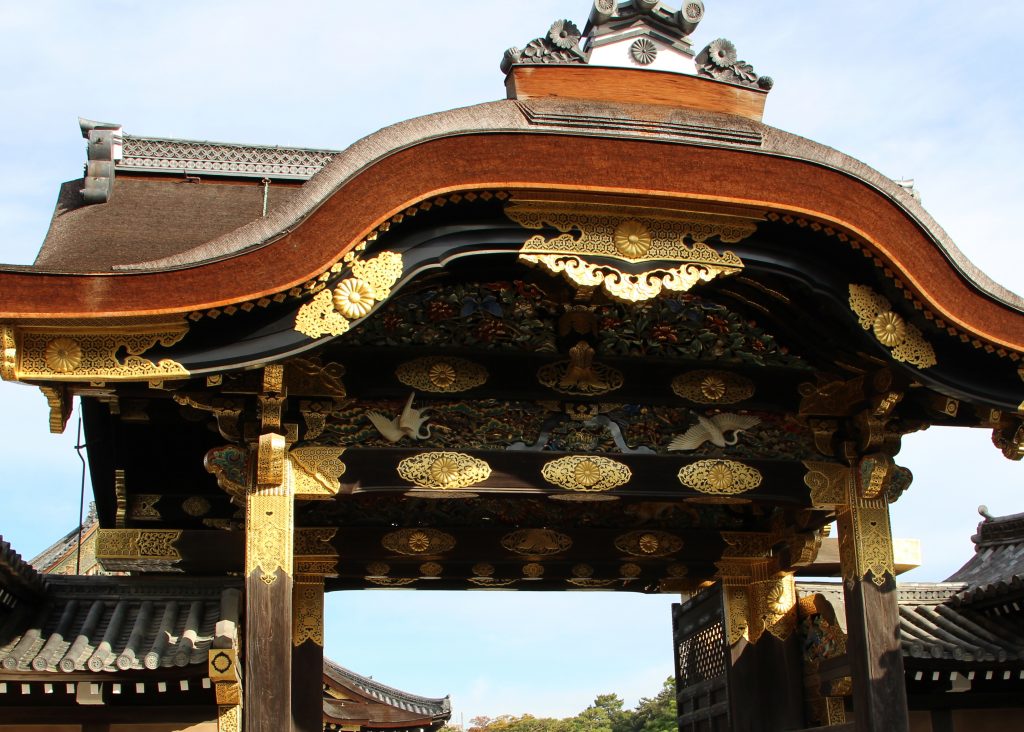 The brilliant design of the gate guarding the entrance to the grounds provides a breathtaking welcoming. The distinct curve at the top of the gate was customary in Japanese architecture at the time.

The design was particularly utilized for the entrance of noteworthy structures such as castles and shrines to symbolize power.

Look closely at the intricate wood carvings that decorate the gate before waltzing through the doors.

Wander Around The Ninomaru Palace

Find even more wood carvings when gazing at the five buildings that make up the Ninomaru Palace. Built from Hinoki cypress, each structure was crafted like a beautiful residence for the Tokugawa Shoguns.

Similar to the castle entrance, wood carvings brilliantly showcase the precise artistry of the palace. In addition, artists used gold leaf when decorating each structure to symbolize the wealth and power of the Shoguns.

Moreover, the castle floor was strategically designed to protect the Shoguns in case of intruders. Nicknamed “nightingale floors,” the hallways made a distinct noise when walked upon to signal guards.

Also, the grounds around Nijo Castle are an outstanding illustration of the social order under the Shoguns. The living quarters distinctly separated those in order of their class ranking when stepping foot on the property.

Furthermore, pay close attention to the layout of each building’s interior to understand the customs of the castle. Notice how the Shoguns carried out the façade of depicting the emperor as the one in charge despite maintaining a firm grip on political authority.

Take In The Beauty Of The Ninomaru Garden 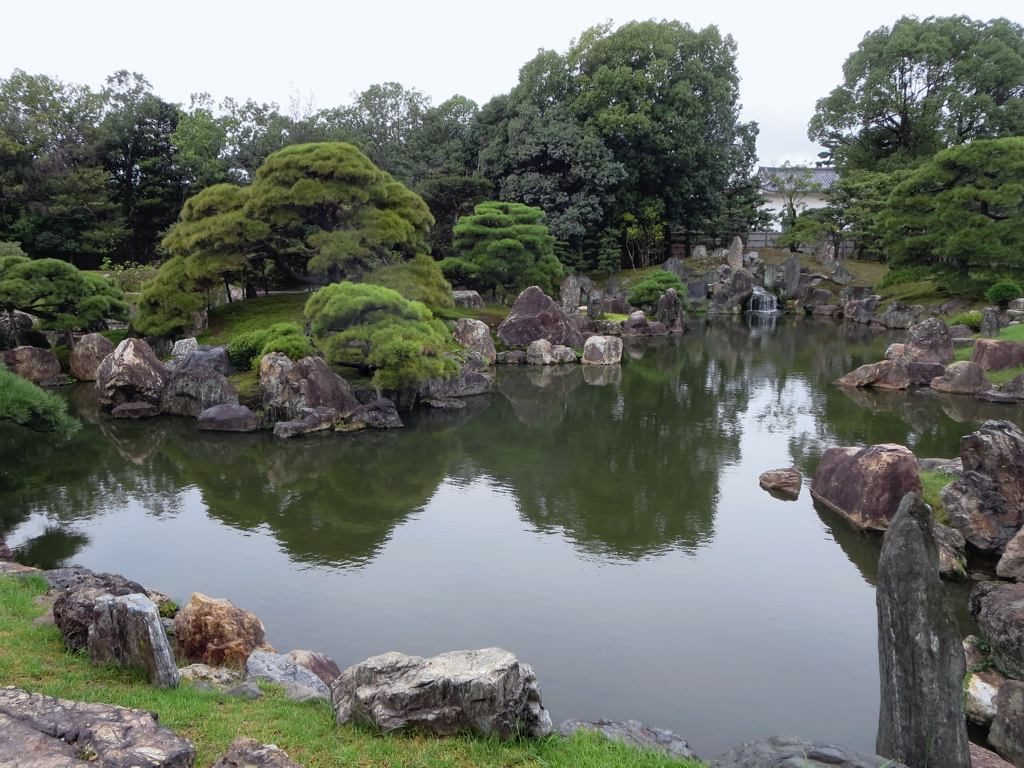 Colourful flora and oddly shaped stones circle around a pond serving as the base of the garden. Three islands within the pond each have their own sacred meaning to the peaceful garden.

For visitors, the Ninomaru Garden can be a heavenly place to relax along the grounds of Nijo Castle.

The Ninomaru Garden is certainly not the only area of peace and tranquillity inside Nijo Castle. One of the modern additions to the property, the Seiryū-en is a captivating array of stones, trees, and a spacious pond.

Similar to Ninomaru Garden, the stones are precisely located around the central pond. Witness the aesthetics of the garden heightened by the flowers and trees that breathe life into the complex.

In particular, keep a close eye out for Camellia, Japanese Plum, and Cherry Blossoms that are known to be spotted around Nijo Castle. If you wish to time your visit with certain flowers in bloom, then springtime is a recommended occasion.

Normally, between December and April is a wonderful time to take a stroll through the garden. Pick your months wisely depending on the particular flora you wish to see.

Learn About The Honmaru Palace 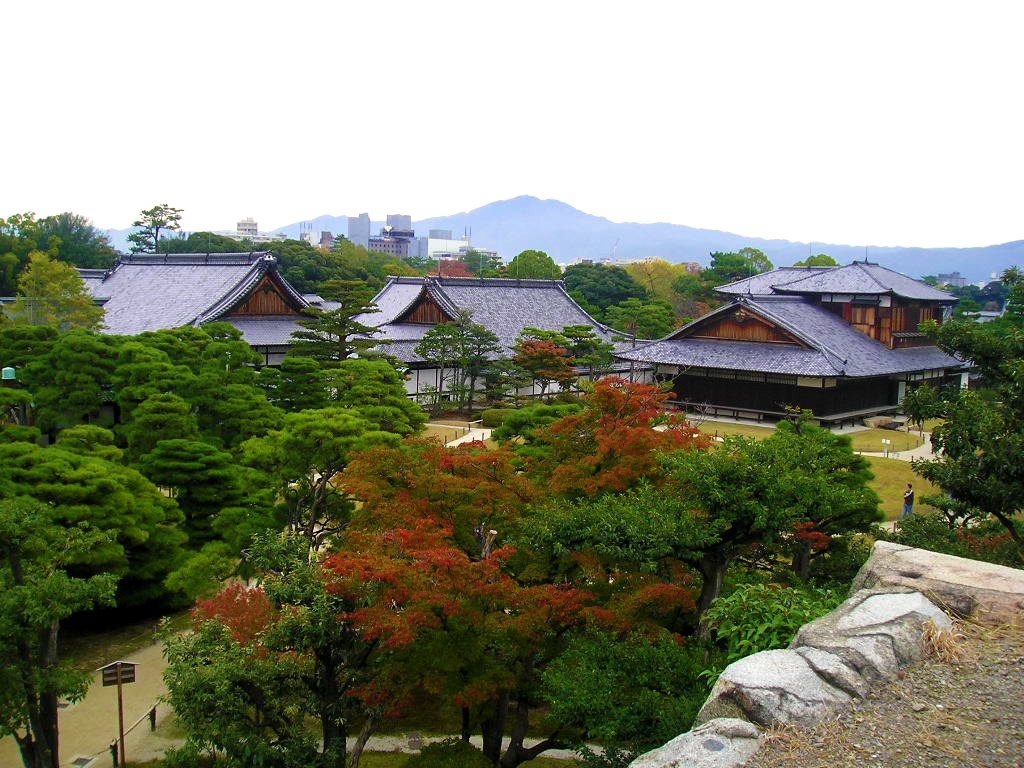 The Honmaru Palace formerly contained numerous buildings with similar design to the Ninomaru Palace. Unfortunately, a lightning strike sparked a brutal fired that devastated the complex in 1750 and further damage crippled Nijo Castle into a state of disarray.

The captivating castle keep of the Honmaru Palace was destroyed by the fires and was replaced by a structure from the Imperial Palace.

Admire the beautiful garden teeming with trees which was grown beside the new building residing at Honmaru Palace.

See The Interior Artwork Of The Castle

After smelling the gorgeous flowers decorating the exterior of Nijo Castle, witness the talent of the Kanō school. The students of the school created beautiful paintings to brighten the rooms for Shoguns and esteemed guests.

The walls and doors of every room inside the castle contain radiant paintings of animals and flora to showcase the prestige of the Tokugawa Shogunate.

Take A Tour Of Nijo Castle!

Meandering around the gardens and palaces of Nijo Castle can be quite an invigorating experience. However, nothing compares to a guided tour to truly appreciate the history of this remarkable fortress.

To learn the complex history of the Tokugawa Shogunate and their rise to power, walk the grounds of Nijo Castle with someone possessing a deep knowledge of its place in Japanese culture.