Traveling not only makes a person hungry for excitement and adventure, but hungry for food and drink as well. When traveling around Norway, food is one of the many unforgettable experiences anyone can have. From cuisines of salted fish to an unusual dish of sheep head, there is interesting traditional Norwegian food to try.

Norwegian food is based largely on the raw materials in Norway; along with its mountains, wilderness, and coast. Unlike its neighboring countries, it has a stronger focus on game and fish.

One of the best ways to learn about a country’s history and culture is through its food. Norway’s history and well-placed location helped to develop a large variety of unique and distinctive delicacies.

Through surveys in recent years, today Norway is the healthiest country in the world. Part of that is due to what they heat; their traditional dishes. Although still influenced by its traditional background, Norwegian food has been globalized. Norway has many types of traditional dishes for three regular meals a day. These Norwegian foods are here to motivate you to experience Norway through its food when you visit. 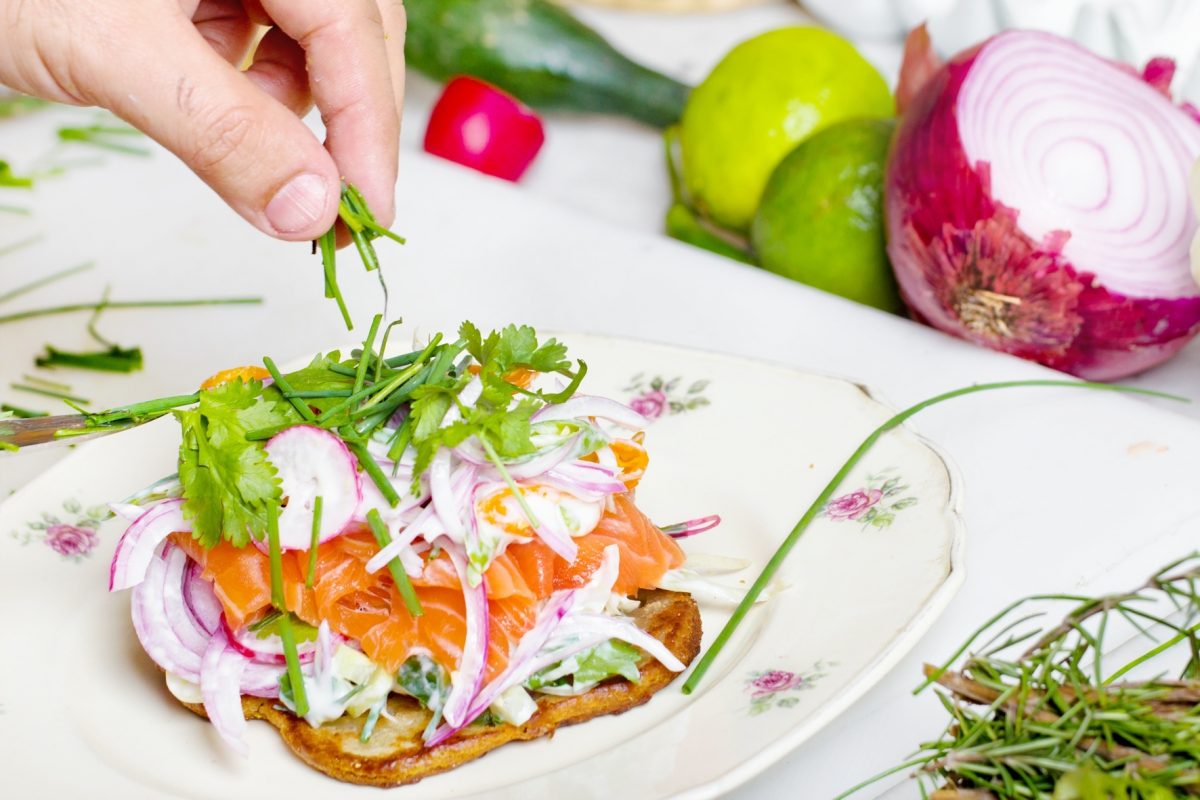 Made of trout that is fermented and salted for three months to a year, rakfisk is a Norwegian fish dish. Because of its fermentation, it gives off a strong smell many may not be too hyped about. Because it is preserved food, rakfisk is consumed without being cooked. Norway traditionally serves this dish sliced, or as a fillet on flatbrød; traditional Norwegian unleavened bread. Served with it is usually almond potatoes covered with a mild sauce of mustard and dill.

Rakfisk is a special dish because it has its own festival every November in Valdres. Valdres Norway is where the dish originates from. Also, rakfisk is considered one of the most culturally important and iconic Norwegian recipes.  It signifies something important as it connects to a  vital and smelly part of Norway’s past. It is among the more expensive dishes of traditional Norwegian food. This delicious traditional fish dish is can be homemade. However,  it can also be found in Norwegian restaurants as well. 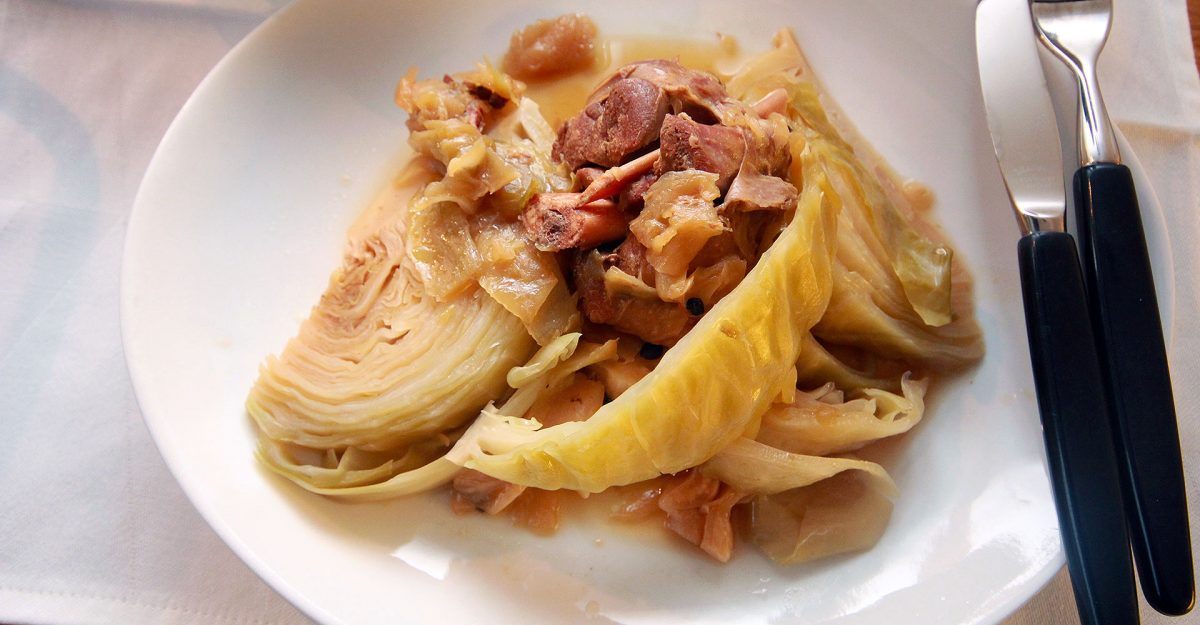 Norway has a traditional dish that is also their national dish. Famous for being food made during the Autumn, Fårikål is the equivalent of a Norwegian stew. It consists of pieces of mutton, cabbage, black pepper, and wheat flour.

Originally a Danish dish that contained goose or duck, Norwegians amended it with mutton to make it their own. However, Fårikål ingredients represent special parts of Norway. For example, there’s lamb from the mountains, potatoes from the field and fresh cabbage grown just before Autumn. These three items signify this dish Norway. Not too hot or spicy, Fårikål has a very subtle taste. Its slow-cooking process along with Norwegian spices brings out a delectable, meaty aroma. The spices all blend well with the mutton pieces and potatoes. This dish is usually served with boiled potatoes, and flatbread.

Fårikålens Festdag known as Fårikål Feast Day is celebrated on the last Thursday in September each year. It truly is a dish you want to indulge in when traveling to Norway. Learn how to make your own Fårikål here. 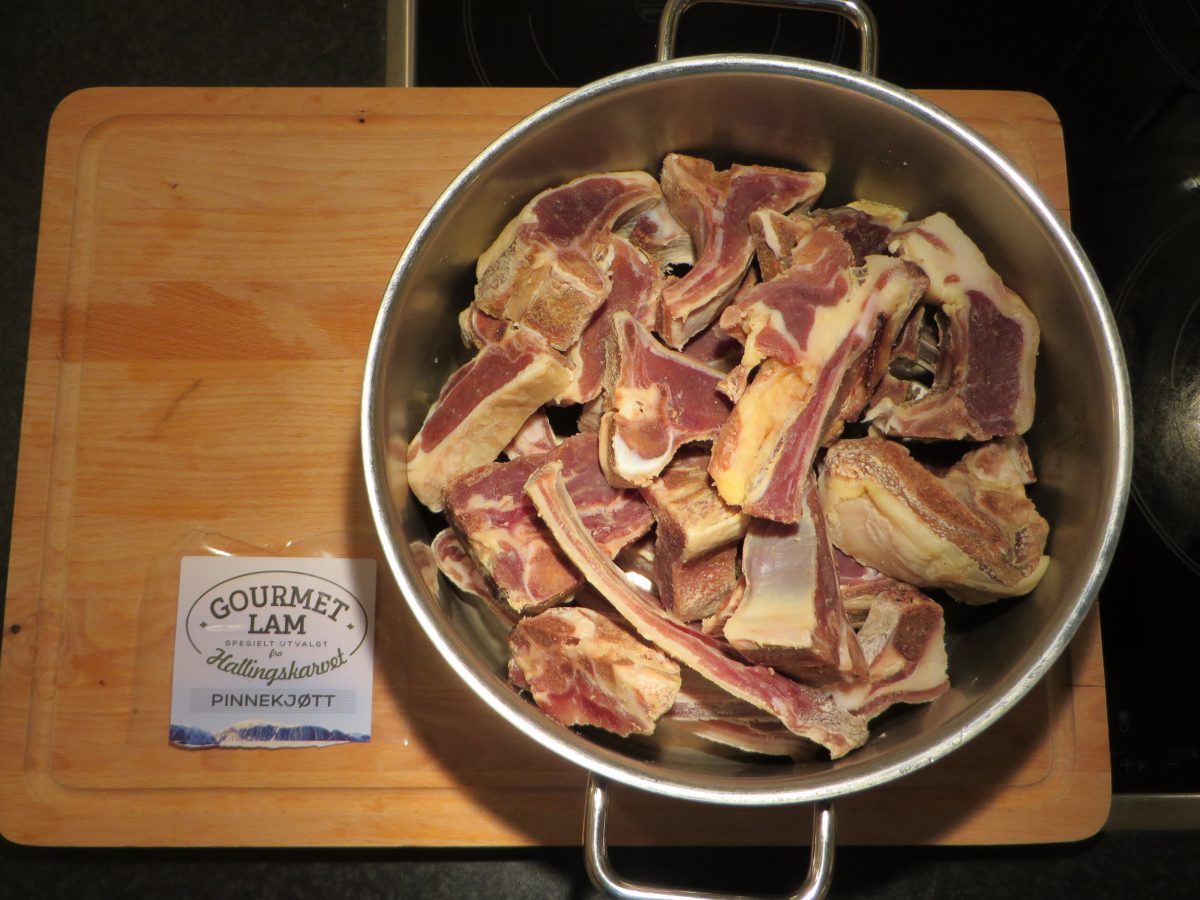 Traditionally eaten on the west coast of Norway, Pinnekjøtt is one main meat dish usually eaten during festive seasons. The main holiday Pinnekjøtt will always be a part of is Christmas. Though it is a traditional dish in the west coast of Norway, it has been gaining popularity in other regions as well. It is usually served with pureed rutabaga along with potatoes. This Norwegian cuisine is from lamb ribs that have been salted or smoked, to preserve it. However, during the preparation of the dish,  the meat needs to be soaked in water first to remove most of the salt.

Also known as stick meat, Pinnekjøtt got its name from the way it is cooked. The meat is steamed, and while it is cooking in that manner, it is topped with birch branches. Hence the word “stick” comes into the picture. Norwegian food is great when it balances out meat and the right vegetables to go with. The rich salty taste of lamb in Pinnekjøtt is balanced by the sweetness of the kohlrabi.  The result of this mixture is an intensely delicious and savory piece of lamb. 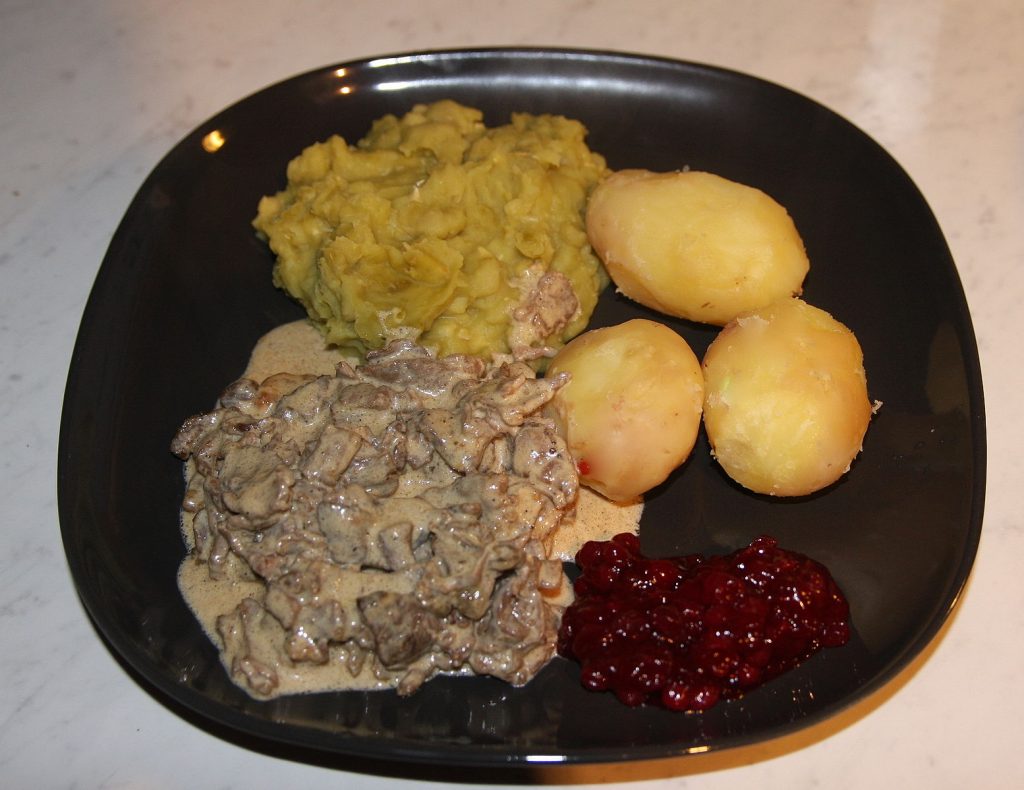 Not only does reindeer pull Santa’s sleigh from the North Pole Christmas Eve, but they spend time in Norway as well. Reindeer herding is a tradition in Norway that goes back thousands of years and continues to this day. Restaurants often have reindeer meat on in their menus. Reindeer dishes come in a variety of forms. This includes sausages, meatballs, and more. One such traditional cuisine is finnbiff. It consists of a number of flavorful ingredients mixed together to create a unique combination. Also, know as sautéed reindeer, the taste is generally salty, smoky, quite lean, and nutrient-rich. 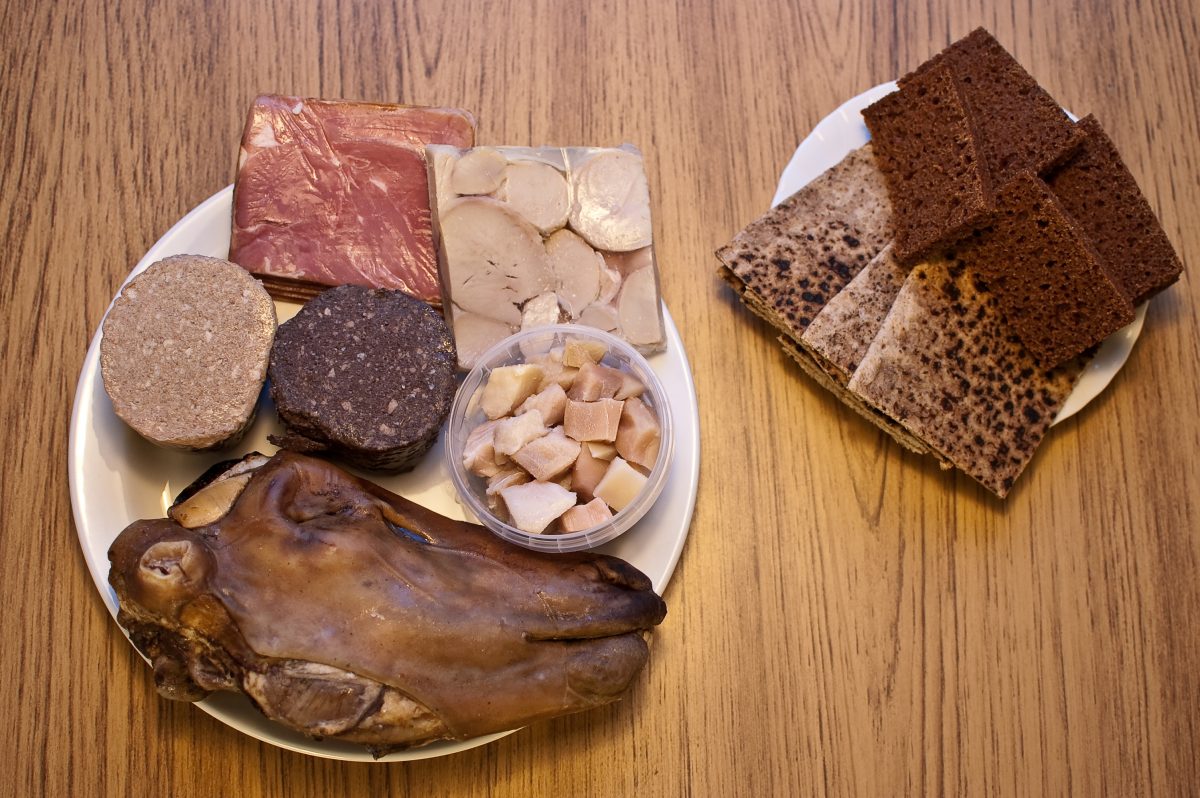 Feeling adventurous and want to try crazy Norwegian food? You don’t have to look far. A traditional Norwegian cuisine, smalahove can be found in the northern part of Norway. What makes this dish unique and possibly strange to many is that it is a sheep head. However whilst it might look disturbing on a plate, it is basically just lamb but older and less cute. The meatier parts of the head taste exactly like lamb.

This delicacy is usually prepared and eaten right before Christmas. In smalahove, the sheep’s brain is also served after it has been removed. The pieces are soaked in water for two days and then preserved. How they preserve it is through making it properly salted, dried, and smoked. This so that the fleece is removed from the head.

Tip: The eyes and ears are often eaten first. They are the fattiest parts of the head. However, the most delicious bits are usually the cheek and the tongue. 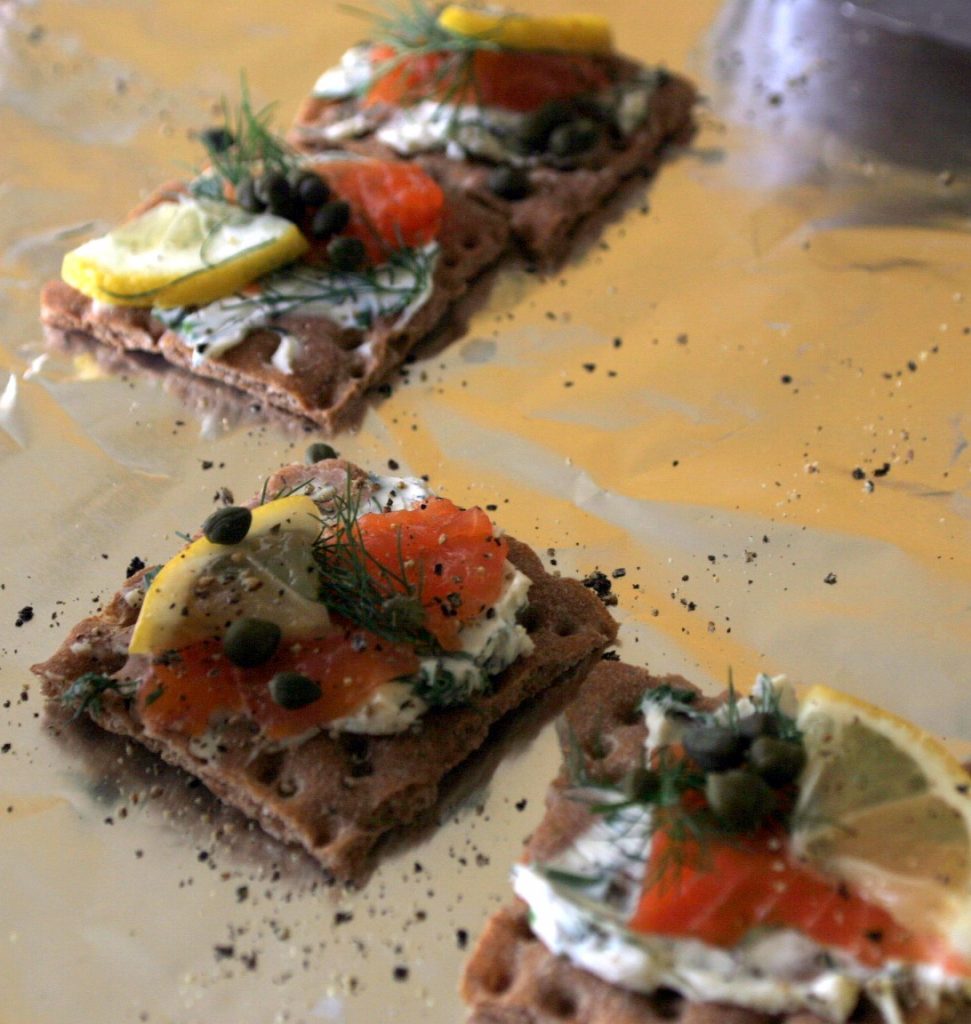 Having fish as one of their staple food, Norwegian food is also popular for their traditional salmon dishes. Traditional salmon dish gravlaks is made from salmon fillets and flavored with salt, sugar, dill, and pepper. It is an appetizing appetizer for any Norwegian meal. Gravlaks is normally served as a cold dish with sweet mustard sauce. Together with it is a dark rye bread for open-faced sandwiches, or with pickles and capers. Also, if gravlaks is eaten during breakfast, it is traditional that scrambled eggs come with it. Easy to make, and easier to consume, gravlaks is something that must be tried when traveling Norway. 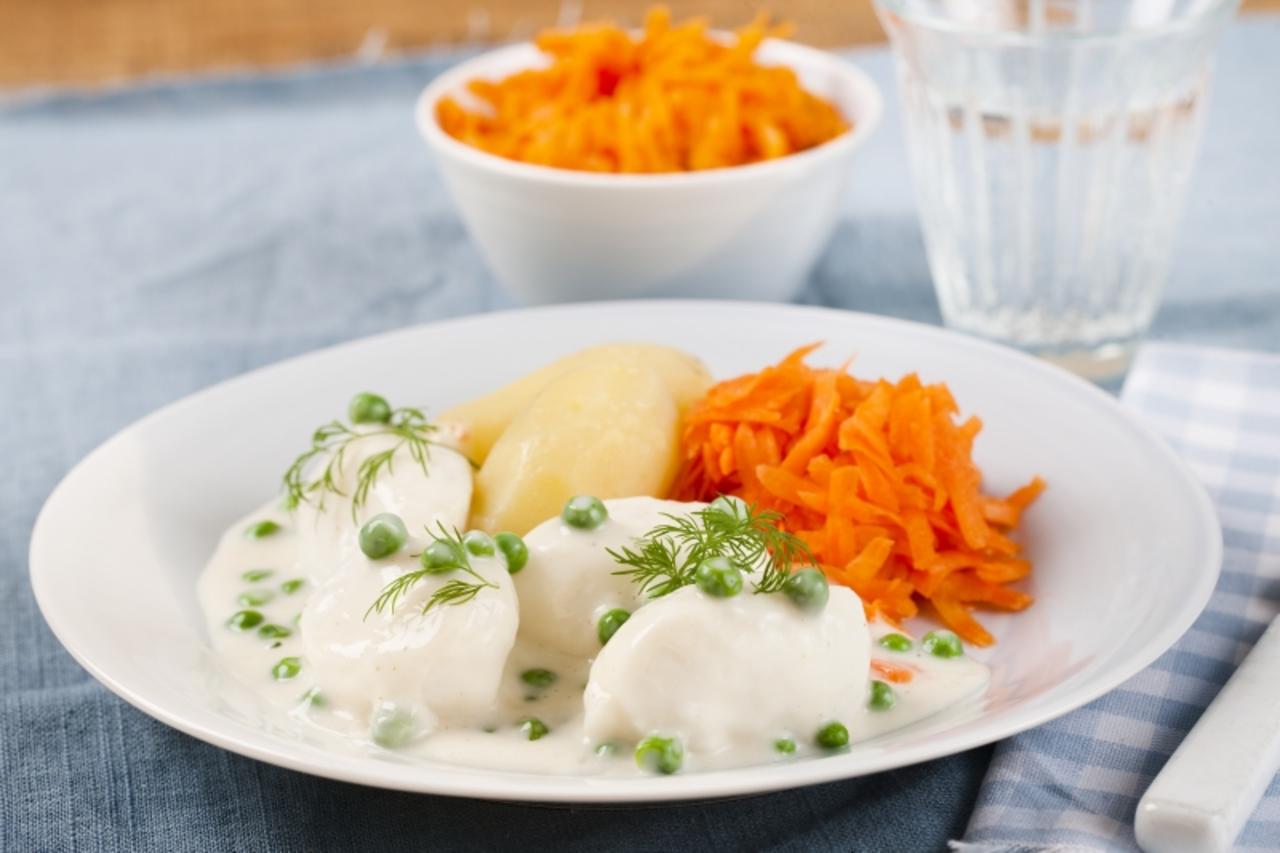 In Norway, fiskeboller is a common meal that is quick and easy to prepare. It’s fish balls that are made from white fish like cod. However, it can be handmade as well. The fish ball is blended with eggs, milk, and flour and then formed into a ball. Fiskeboller is good and nutritious foods with low-fat content. Traditionally they should be served in a thick white sauce along with boiled potatoes, boiled vegetables, and shredded carrots. This is a healthy yet scrumptious meal many people love for its taste and ease of making. 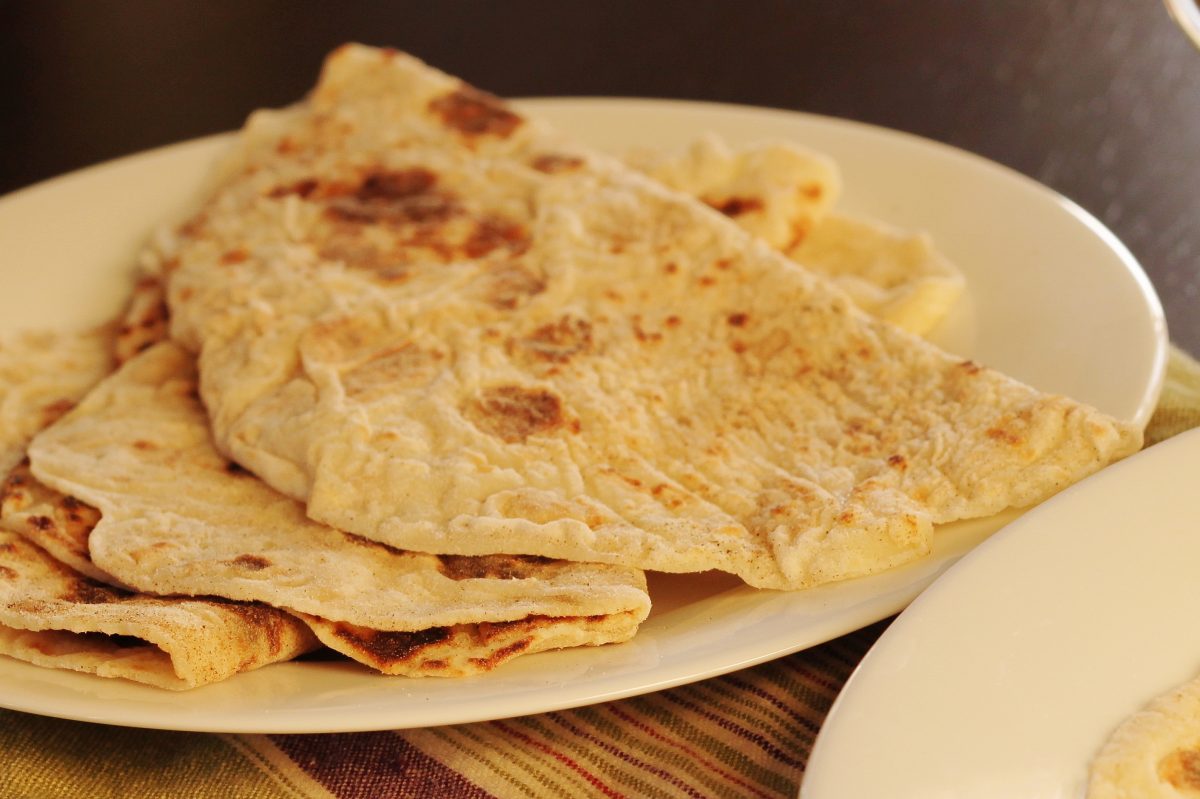 Norwegian food also consists of traditional staples. One of their staples is Lefse which is a traditional flatbread. It is made with potatoes, flour, butter, and milk. Many like to eat it at breakfast or as a snack with butter, cinnamon, and sugar or jam. Norwegian s love this sweetened variety of traditional soft bread that looks especially delicious and fun when rolled up. Easily transported and kept, it makes a great snack on a busy day.

However, unlike normal loaves of bread, this flatbread isn’t made through being baked in an oven but made in a pan. Not only can it be eaten alone but Norwegians like to eat lefse with coffee during a break. Also, lefse can be made better after dinner when eaten as a sweet dessert with ice cream. Easily accessible in most food stores, it is a traditional Norwegian food that must be tried while vacationing Norway. 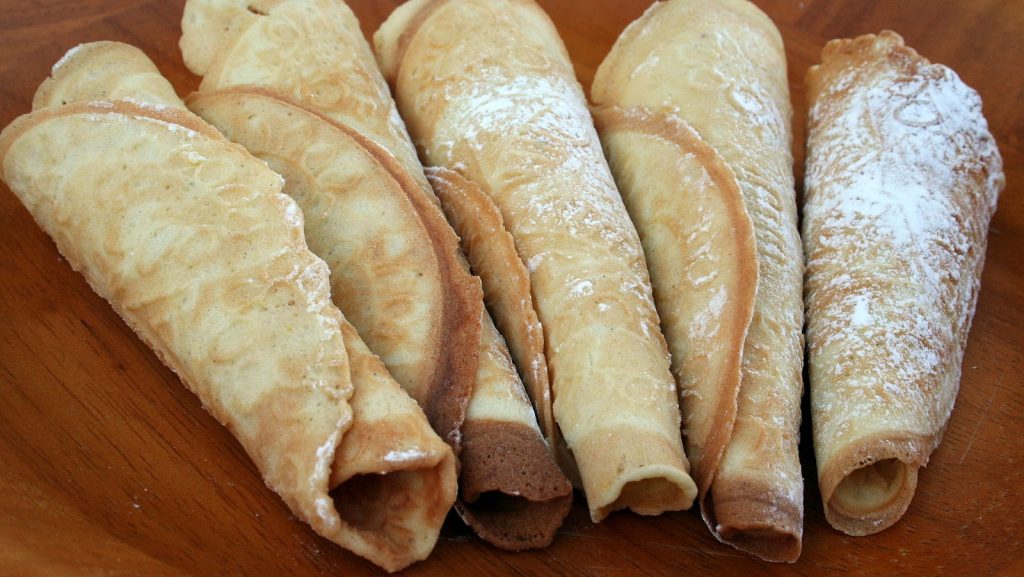 All countries have desserts and Norway is no different. A scrumptious Norwegian cookie that is rolled into a cone, krumkake has been loved for generations. This coned cookie is usually a dessert. Because it’s made as thin as possible, on top of tasting good, it’s texture gives a satisfying crunchiness when biting into the dessert. Traditionally krumkake is served with whipped cream & berries. However, it can also be stuffed with other things. For example, instead of whipped cream, it can be stuffed with ice cream and berries. And if that’s not healthy enough, it can also be stuffed with fruits alone. It is one of the most delicious and fun Norwegian desserts to have been invented. 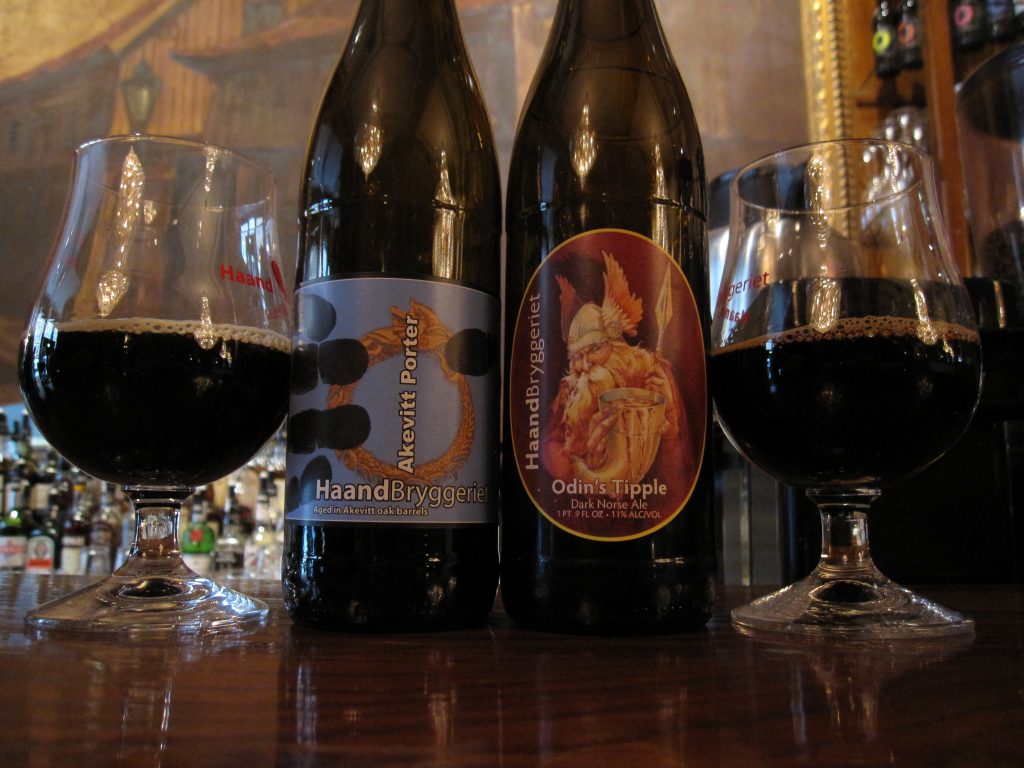 Scandinavians are famous for inventing many worldwide popular alcoholic drinks. Being part of Scandinavia, Norway is no different. One of the most well-known alcoholic beverages in Norway is Akevit. Similar to a few other Scandinavian beverages, Akevit is derived from potatoes and grain. However, it is a unique beverage because its distinct flavor comes from herbs and spices used after the distillation process. These herbs used are mainly caraway, fennel, or cumin. It can have a golden hue but its color also varies from clear to light brown depending on the vintage.

Aquavit is often consumed during festive gatherings such as Christmas, New Year’s, and weddings. A flavored alcoholic beverage; Aquavit is a favored drink that has been produced in the Nordic countries since the 15th-century.

Aquavit is actually made just like gin, but with caraway instead of berries. Essentially, it’s just a heavily spiced vodka. Also, it has been liked so much that many songs have been made on or about it. Today, there are currently 200 drinking songs dedicated to aquavit. Its savory flavor can vary significantly depending on whether it is aged (more on that later) and whether it is served chilled or at room temperature.

Have you tried any of these signature dishes from Norway? Let us know your thoughts in the comment box down below!