Once home to an asylum, Roosevelt Island is now one of New York City’s best-hidden gems. This narrow island sitting between Manhattan and Queens is a great side trip when visiting The Big Apple. It offers a quick break from the busyness of New York without actually leaving the city. Whether you want a day trip or enjoy a night or two in this island, the option is yours. Either way, Roosevelt Island is brimming with interesting things to do that make it worth the visit.

After living in the shadows of New York City, Roosevelt Island is finally making a name for itself. Let’s get to know the 10 interesting things to do on this island.

Where Is Roosevelt Island? 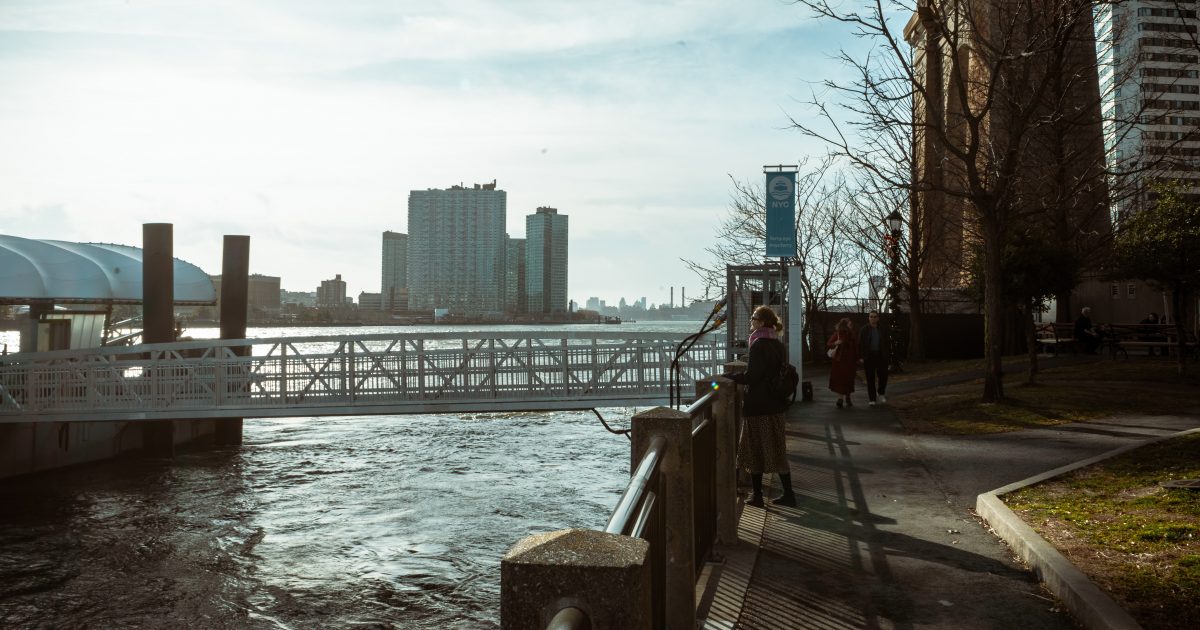 Photo by Alex Simpson on Unsplash

The two-mile-long stretch of Roosevelt Island sits in New York City’s East River. It’s sandwiched between Queens on the east and Manhattan on the west.

How To Get To Roosevelt Island

There are three ways to visit Roosevelt Island, depending on your preference.

Midtown Tunnel (I-495 East) to Queens

You can also drive from Long Island or from Brooklyn to Roosevelt Island.

Roosevelt is a small island that is very safe and quiet. In fact, it’s a great neighborhood for families. Offering lots of green space, great views, and historic landmarks, Roosevelt Island is more than a quick stop when in NYC.

Compared to the busy New York City, there’s little traffic on this island. This gives you more reasons to escape here even for a while.

When Should You Visit Roosevelt Island?

To fully enjoy what Roosevelt Island has to offer, visit from April to June and September to early November. If you’re familiar with Manhattan weather, you know these months give pleasant or warm weather. Aside from that, the crowd is not overwhelming. If you want the cheapest time, plan a mid-January to an end of February trip.

Time to bring out your weekend bag because we’re ready to explore Roosevelt Island! 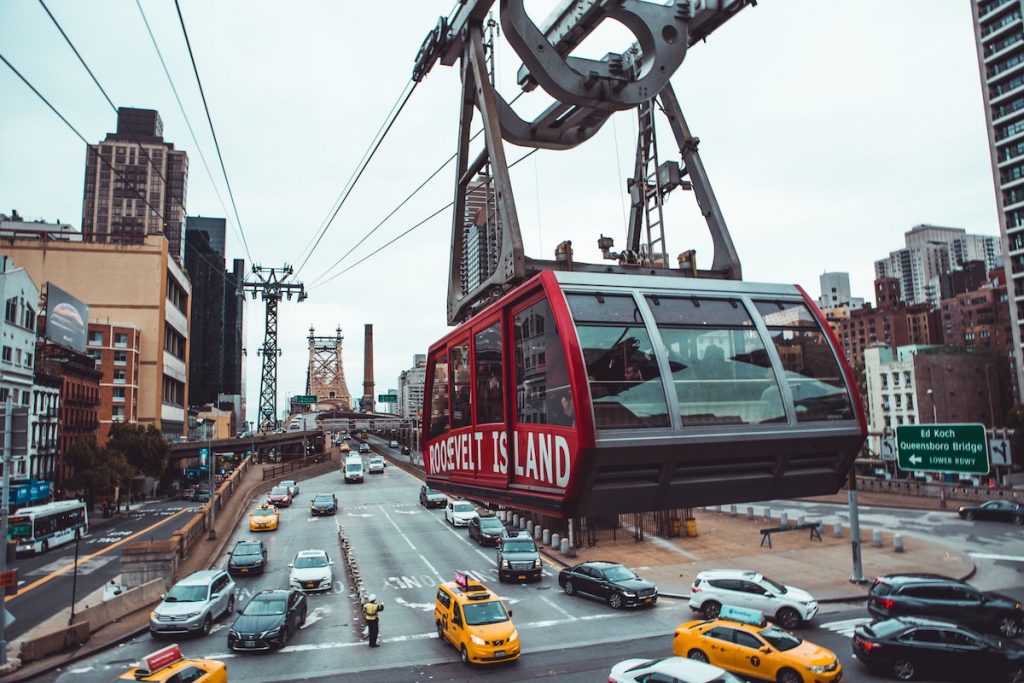 Photo by Patrick T’Kindt from Unsplash

You shouldn’t miss riding the Tram when visiting Roosevelt Island. The Roosevelt Island tram is the first commuter aerial tramway in North America. Running every 7-15 minutes, the Roosevelt Island Tramway offers amazing Manhattan views. Based on East 59th St. and 2nd Ave. of Manhattan, the aerial tramway is a fun and cheap way to explore the city. It’s also one of the convenient ways to visit the island. Simply swipe your MetroCard and enjoy gliding over Upper East Side avenues and the East River.

What will I  see along the way?

The 3-minute trip will let you take in the beauty of the New York island and Manhattan. It will also give you great views of the East River, as well as the 1st and 2nd Avenue. Aside from that, it takes you closer to the Queensboro Bridge. 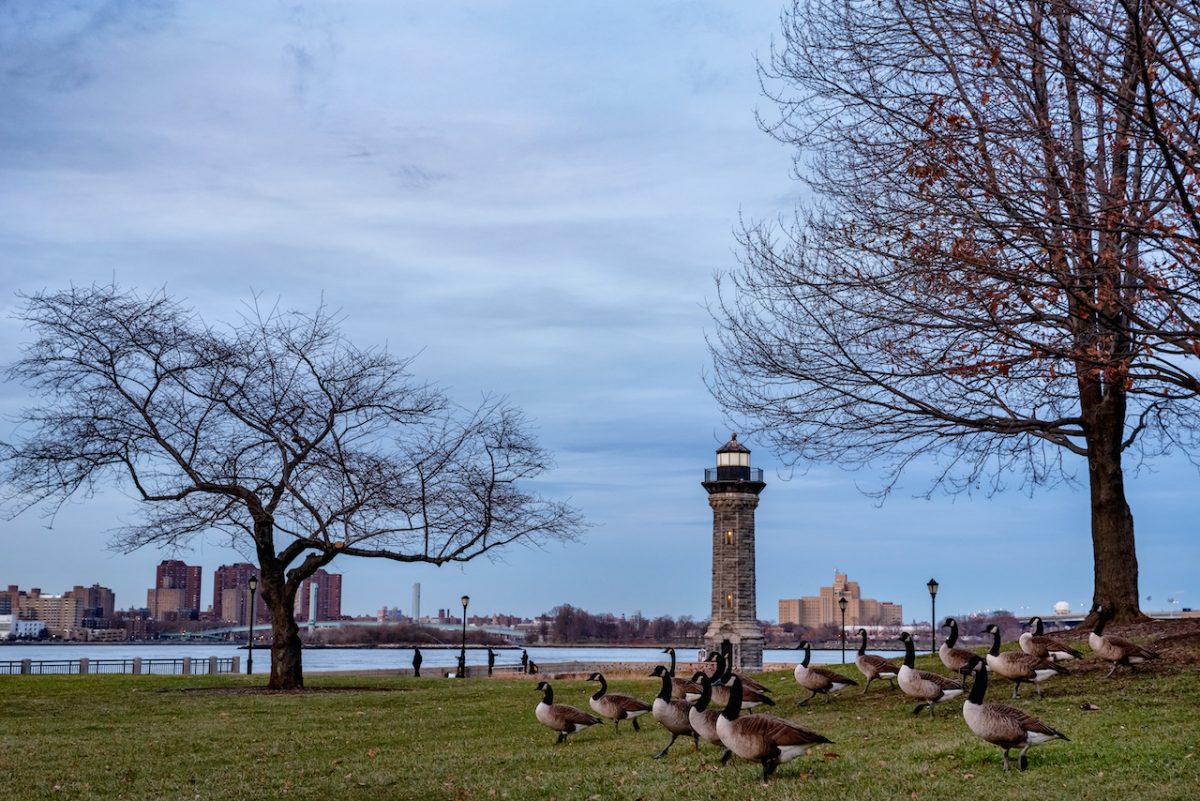 If you’re willing to climb 64 wooden steps to enjoy panoramic views of the island, visit the Lighthouse. Known then as Blackwell Island Lighthouse, the 50-foot-tall stone lighthouse holds both history and mystery. It is located at 10044 New York, New York.

Legends say that two deranged occupants of a nearby insane asylum built the lighthouse. Along with this myth are ghost and creepy stories. Truth or myth, these stories just make Roosevelt Island Lighthouse more interesting. 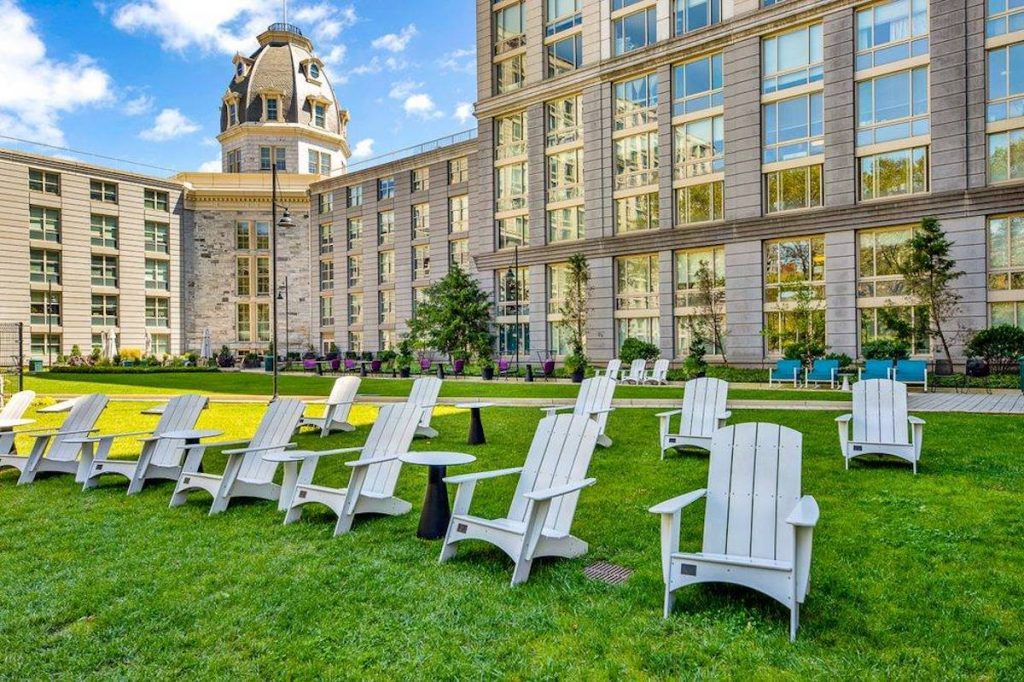 The Octagon at 888 Main Street was once the main entrance to the New York City Lunatic Asylum. But don’t worry, entering the building won’t lead to anything crazy. Today, the Octagon is attached to a large apartment complex. The building is also highly sustainable, thanks to its utilization of solar panels. 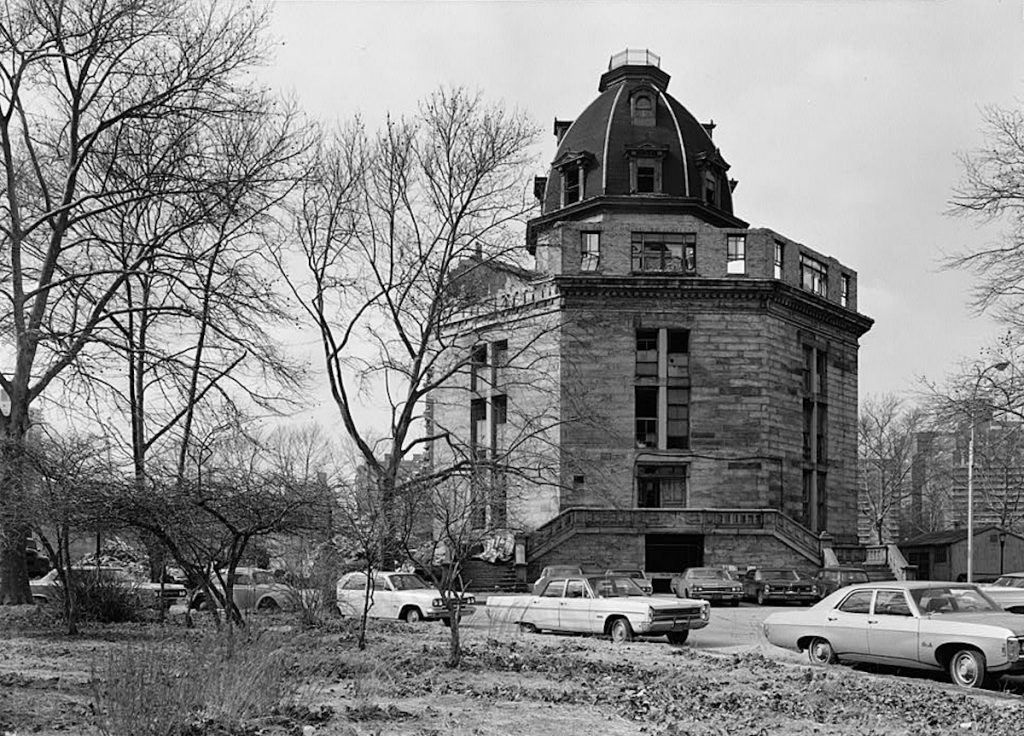 Looking back at how the Octagon looked like, it’s amazing how it was carefully restored and renovated, all while retaining its original grandeur. The Octagon is now an upscale residential community with state-of-the-art amenities. 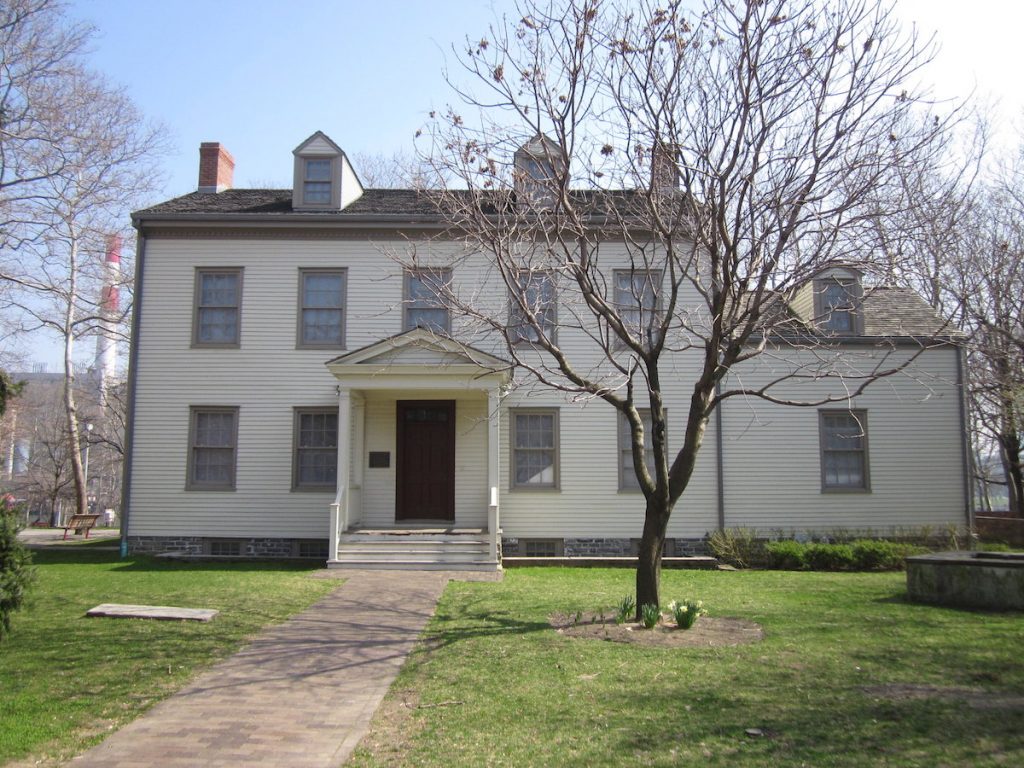 At the corner of Main Street and East Road sits a historic property called Blackwell House. It’s a charming wooden house that holds historical significance to the island. Blackwell House is the sixth oldest house in New York. Also, it’s the only surviving building on Roosevelt Island that goes back to when the island was still private property.

The Blackwell family once owned Roosevelt Island until New York City purchased it from them. Later on, the house became a residential quarter for wardens of hospitals, the almshouse, and the penitentiary. Today, it serves as a community center and boasts a beautifully landscaped setting. 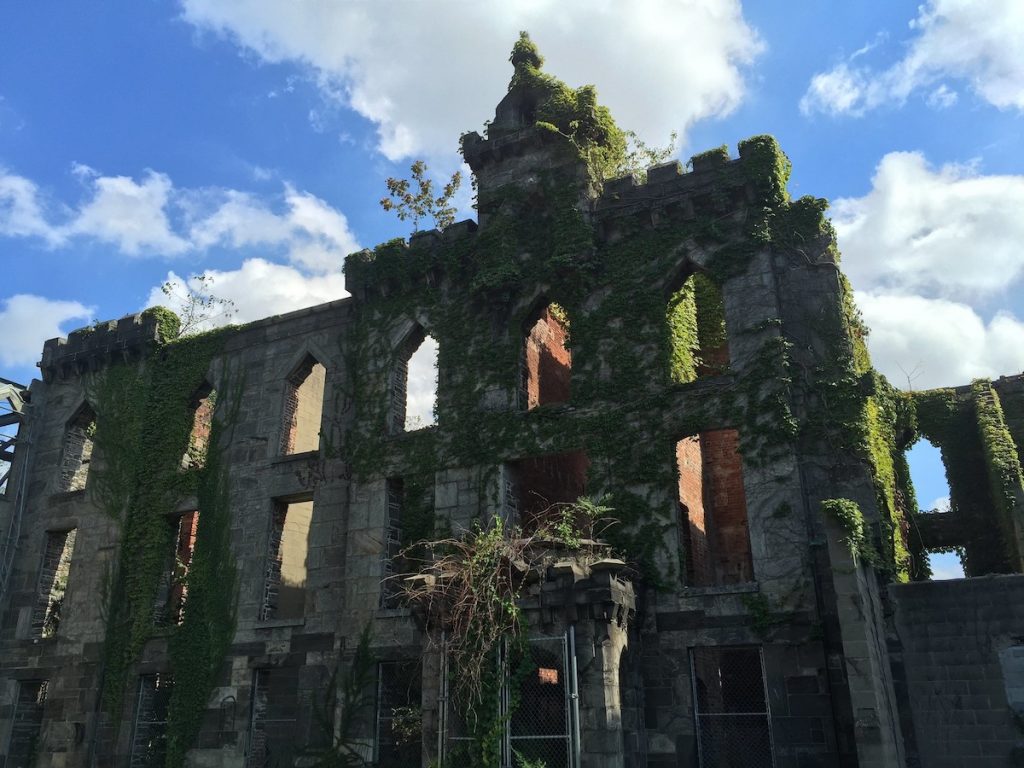 Ready your spirits and flashlight and take a trip to Smallpox Hospital at Southpoint Park. More known today as Renwick Ruins, it’s the first hospital built to treat infectious diseases on the island. When the smallpox vaccine came out, the hospital became obsolete and shut its doors in the 1950s.

Today, the weed-covered hospital is undergoing renovations, albeit at a slow pace. While visitors aren’t allowed to wander inside, you can still get a good view of the building’s architecture and of what’s left of it. 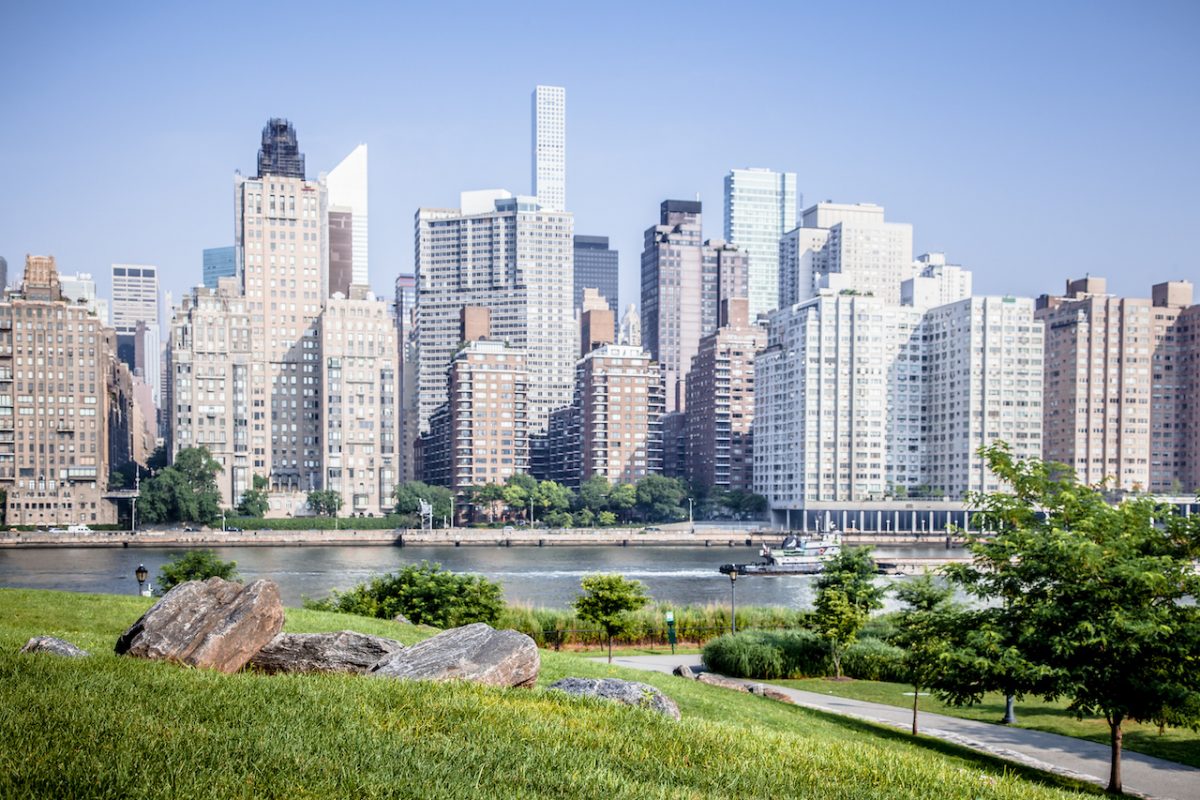 Sitting between Four Freedoms Park and Cornell Tech at the southeast tip of Roosevelt Island is the lush Southpoint Park. Home to wide, green lawns and gardens, this park is among the best places to visit in Roosevelt Island. It’s an excellent spot to stroll at, relax, and enjoy nature and some frolicking squirrels or cats.

Southpoint Park offers gorgeous views of Queens and Manhattan, various plants, and native flowers. If you’re visiting the island with the kids, don’t forget to swing by here. 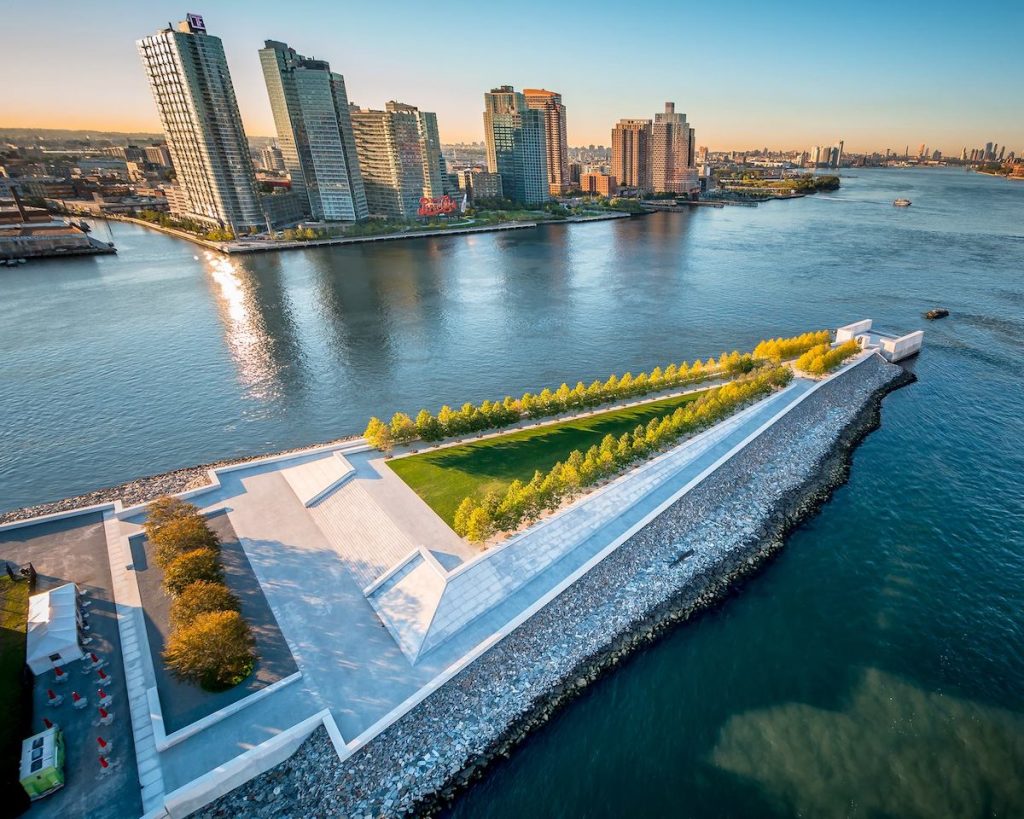 Another interesting place to visit at Roosevelt Island is the Franklin D. Roosevelt Four Freedoms Park. The first park dedicated to the former President in his home state of New York, this park is very much open to the public. The memorial is a dramatic triangular four-acre plot, where a bronze head sculpture of FDR sits.

The park was designed to celebrate the four freedoms that the former President articulated in one of his famous speeches. These freedoms are freedom of speech, freedom of worship, freedom from want, and freedom from fear. To maintain the park’s cleanliness and beauty, there are certain rules to follow. Take note that smoking and alcohol are not allowed in this park. Pets, bicycles, or scooters are also prohibited from entering the park. But don’t worry, photo taking and leisure walks are very much welcome. 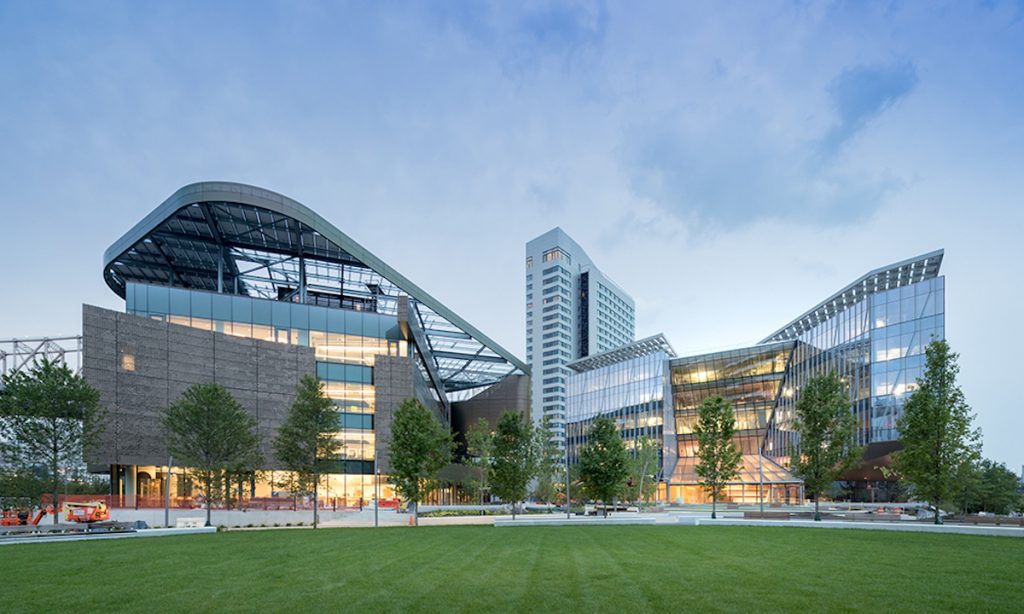 Tech buffs should swing by Cornell Tech, a transformational milestone for technology in NYC. Spanning 12 acres on 2 West Loop Road at Roosevelt Island, the campus focuses on technology, business, law, and design.

Aside from its cutting-edge design, Cornell Tech features energy-efficient and environmentally friendly buildings. The campus is a stunning work of art that attracts visitors to admire its world-class beauty. More than that, it’s a venue that offers endless opportunities for the city and the people. 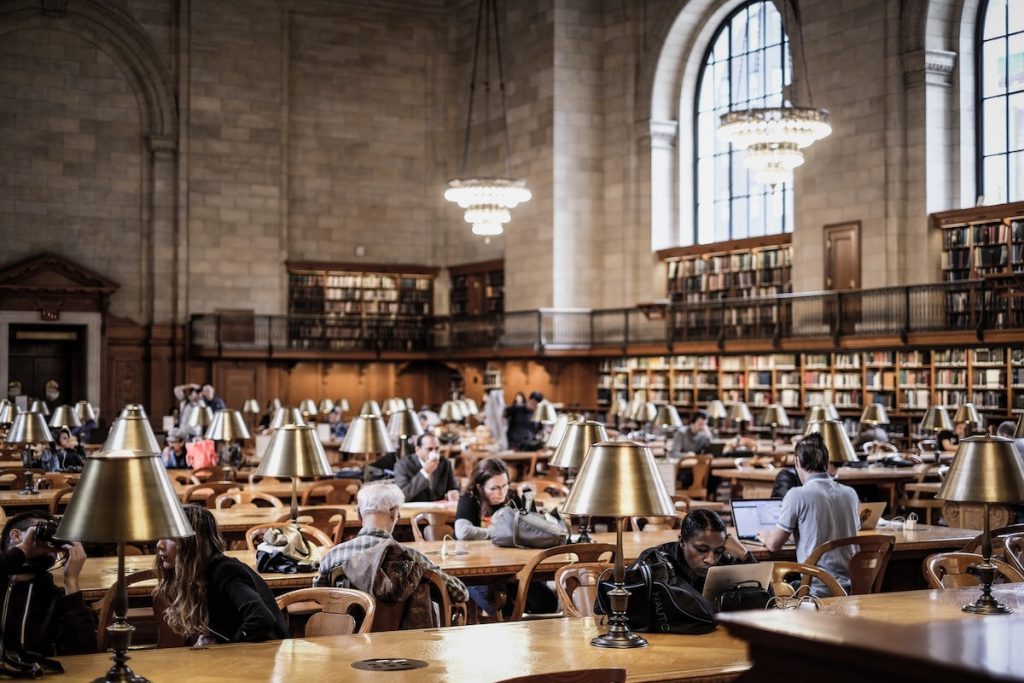 Photo by Monika Kozub from Unsplash

Today, the branch provides the community with a fine selection of materials, services, and programs.

If you’re keen on exploring other museums and libraries, get a hold of a NYPL Culture Pass. This card allows you to enjoy free admission to dozens of museums, heritage centers, libraries, public gardens, and more in NYC. The Culture Pass currently covers 47 venues, and you can reserve one pass per location every year. You can reserve your pass here.

Aside from the historical landmarks, Roosevelt Island is passionate about the arts. The Roosevelt Island Visual Art Association (RIVAA) at 527 Main Street has been dedicating its efforts to bring art to the island. In fact, it continues to promote Roosevelt as the “Island of Art,” which links Long Island and Manhattan. Comprising of roughly 35 members, this main street gallery showcases works from local and international artists.

RIVAA showcases programs that support cultural developments and educational events. Throughout the year, they feature musical performances, poetry readings, and other community programs.

Where To Stay In Roosevelt Island

Here are the best and nearest hotels to stay in when visiting the New York island:

Can people live on Roosevelt Island?

How long does it take to walk around Roosevelt Island?

It won’t take you more than an hour to walk around the island. Roosevelt is a small island — 2 miles long and 800 feet — much smaller than Manhattan. If you prefer the bike, it will take you about 11 minutes from one tip of the island to the other.

Can you walk from Roosevelt Island to Manhattan?

Yes, you can. You have to take the Roosevelt Island Bridge, which is the only way to drive or walk to the island.

Roosevelt Island may be low on most travelers’ radar, but this hidden gem holds many surprises. From stunning city views, historical sites to lively art scenes, the list goes on. For such a small island, the many interesting things to do are nothing less than impressive. The best part is, it’s just a quick car drive, tram, or ferry ride away when you’re in New York City.