This island floating in the turquoise stretches of the Caribbean Sea is an ethereal paradise on earth. Known for its natural beauty, gregarious people and music that seems to travel in the air, Puerto Rico has introduced some of Latin America’s greatest treasures to the world.

The island begs for visitors to stretch out on the sugar sand beaches and take in the breathtaking views of the unrealistically blue sea. With delicious food and friendly locals, there is no wonder as to why Puerto Rico was voted ‘The Best U.S. Island’ by USA Today readers.

Above all, Puerto Rico welcomes visitors in droves and caters wonderfully to tourists. In other words, the island provides enchanting opportunities to explore and soak in the charming culture. If Puerto Rico is the next stop on your travel bucket list, read on for the Best 15 Things to Do in Puerto Rico. 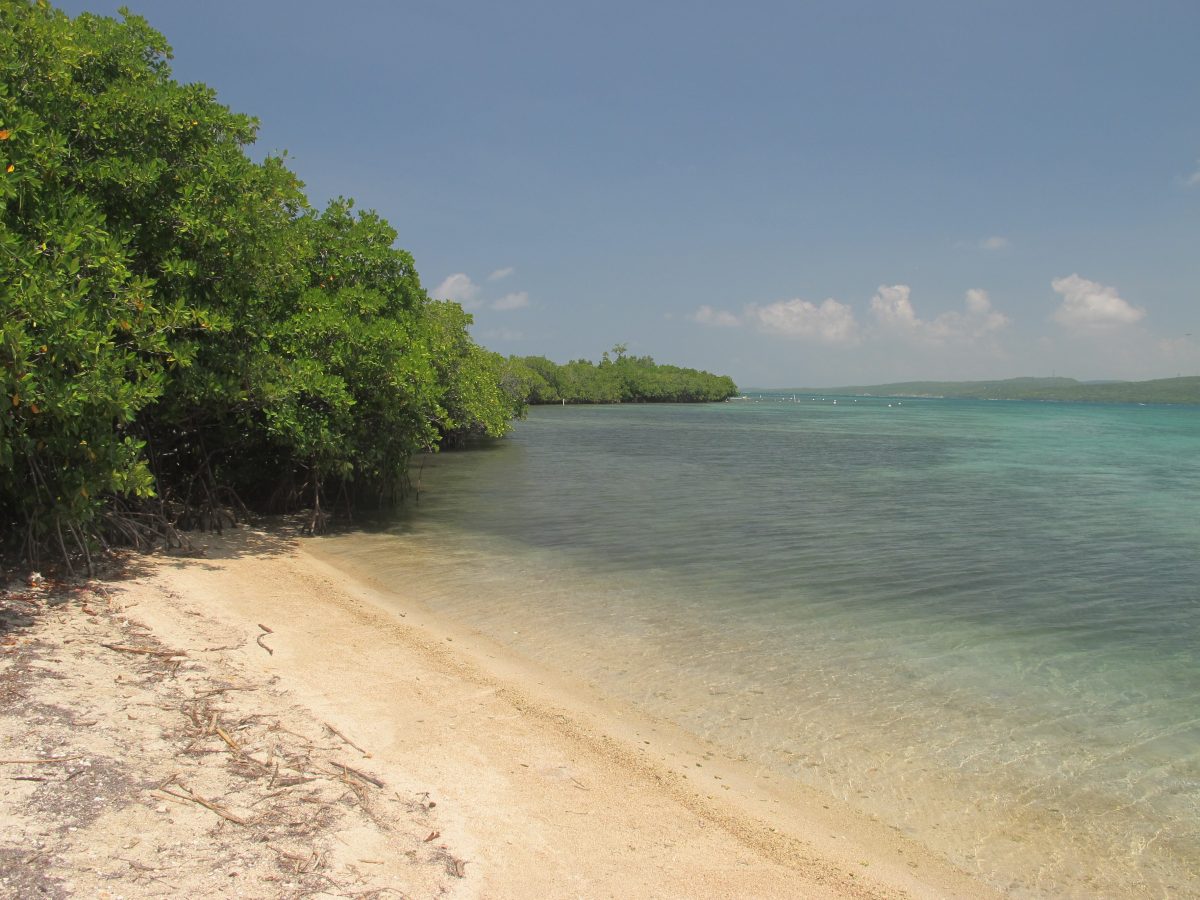 Take a day trip to Gilligan’s Island, the place which inspired the famous eponymous US sitcom. One of the uninhabited cays of the Cayos de Caña Gorda, Gilligan’s Island is one of the most popular ‘must see’ places of Puerto Rico.

The island is popular amongst beach bums who wish to soak in the tropical climate and take in the stunning imagery.

Additionally, the turquoise seas are equally as inviting and are incredibly popular with snorkelling, swimming and kayaking enthusiasts. The island is open daily from 9 am to 5 pm with the exception of Mondays. MaryLee’s By The Sea in Guanica provides kayak rental services or regular motorboat rides to the island. 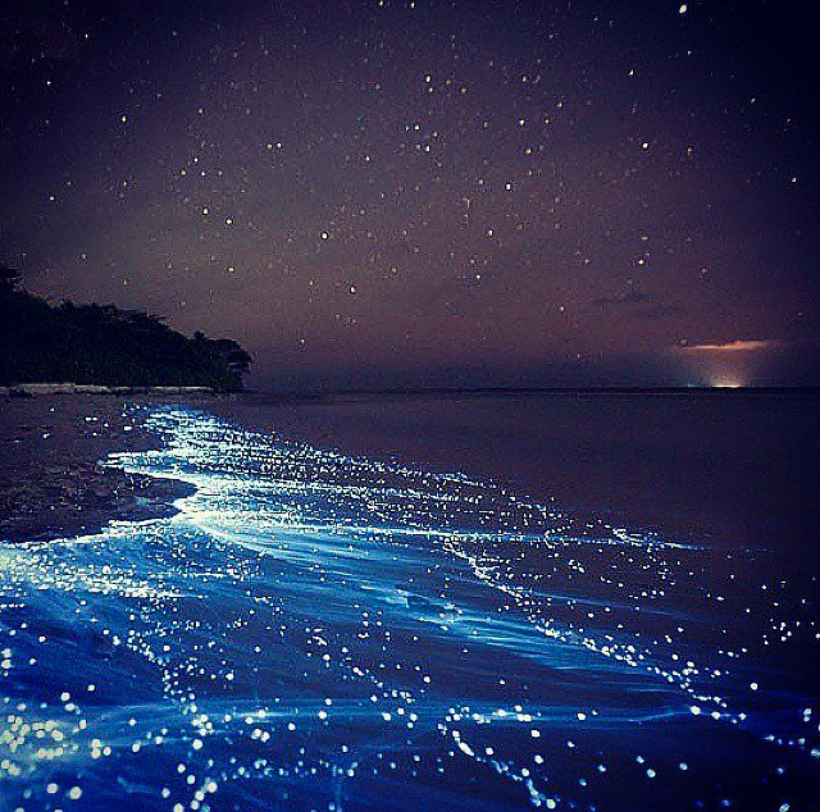 There is no need to look up to the sky to gaze at the stars when they can be found on earth in Puerto Rico’s very own Bioluminescent Bays. The Mosquito Bay in Vieques, the Laguna Grande in Fajardo and La Parguera in Lajas look like something out of a magical fairy book, more than any other sight in the entire world.

When splashed, the shockingly stunning neon blue-green water lights up like a torch and its small waves sparkle like diamonds. One could phrase the Bioluminescent Bays as the ‘underwater Northern Lights’ – where an unusual natural phenomenon is a sight that takes your breath away.

There are only 5 bioluminescent bays in the entire world, three of which are located in Puerto Rico. Every year, thousands of visitors visit these bays to kayak and take in the beautiful sights of this ‘ glow in the dark’ bodies of water.

Bay Tour Operators who carry out guided tours of the bays approximate prices between $48 to $76 per person. Furthermore, visitors can choose between taking a sunset or nightfall tour.  Each of which provides stunning sights and magical experiences for all. 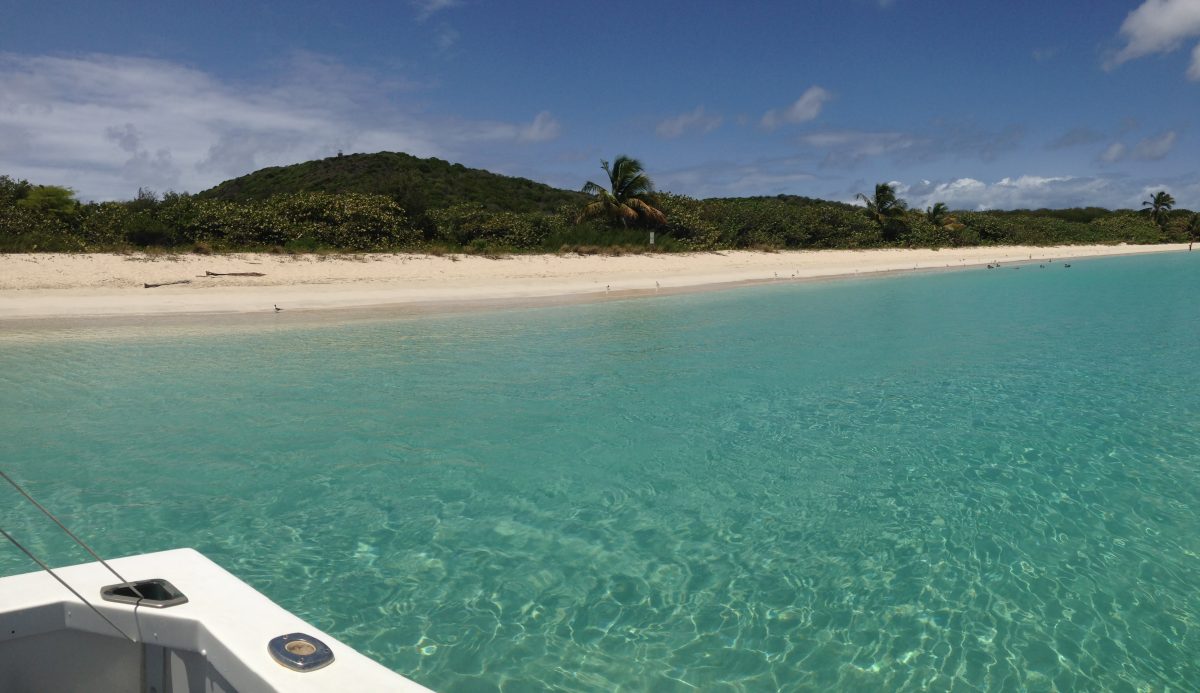 Photo by Bea2017 on Wikimedia Commons

One would feel like they could start dancing the Flamenco the moment they first step onto Flamenco Beach. The beach has been named as one of the most popular and award-winning beaches in the world.  Located in the municipality of Culebra, Flamenco Beach is known for its shallow turquoise waters and white sand beaches.

Popular amongst tourists and locals alike, this gorgeous beach provides unparalleled experiences to swim, snorkel or scuba dive in its calm and serene waters. If you prefer to be in the moment, the inviting white sand beaches allow visitors to relax and soak in the warm, sunny weather.

Additionally, there are ample opportunities to also hike, walk and eat some delicious island delicacies. Visitors can reach the island of Culebra via airport or ferry. Flights depart from Luis Muñoz Marin International Airport and land directly at Culebra Airport. Via ferry, routes are available from Ceiba to Culebra Port. 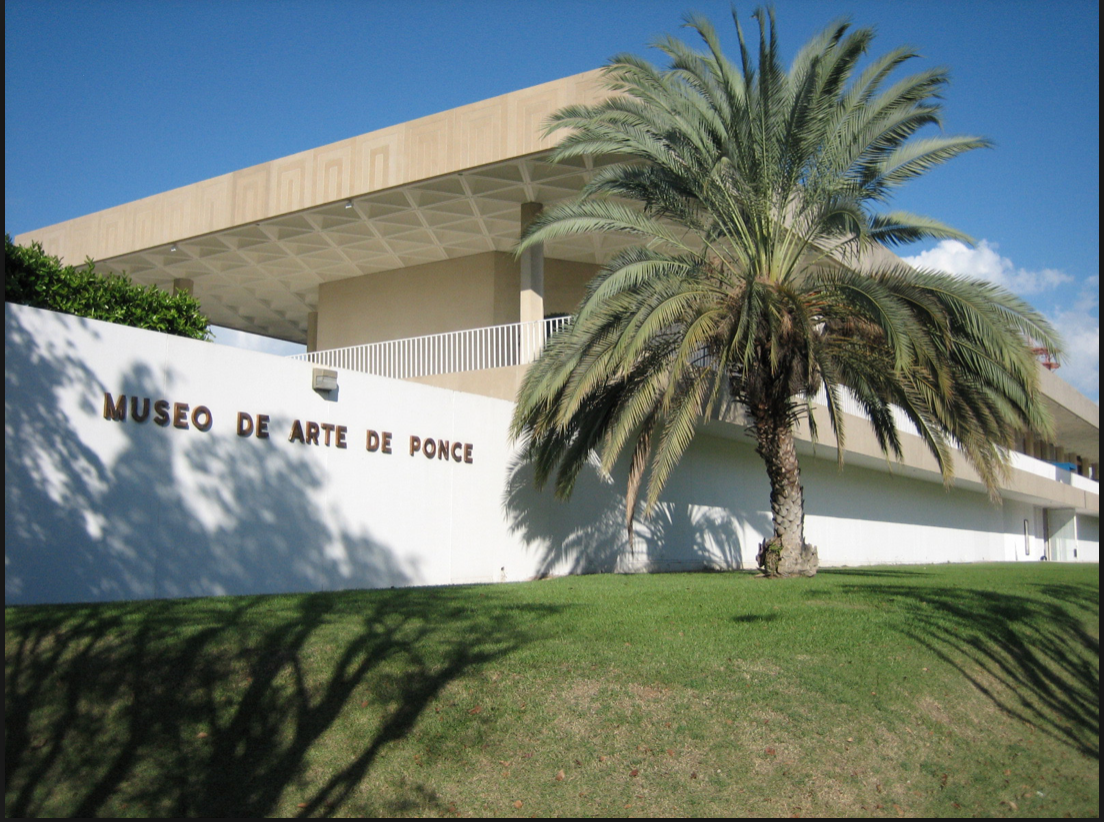 Holding over 4000 pieces of art, ranging from 14th to 20th-century pieces of British Pre-Raphaelite, Italian Baroque, Spanish Golden Age and contemporary Latin American art, this museum is a ‘must see’ for any fine art buffs.

The museum is open Wednesday to Monday, between 10 am to 5 pm, with the last admission at 16.45 pm. On Sunday, the museum opens its doors at 12 pm and closes them at 5 pm. Ticket prices for students and senior citizens over 60 cost $3 USD and $6 USD respectively for the general public. 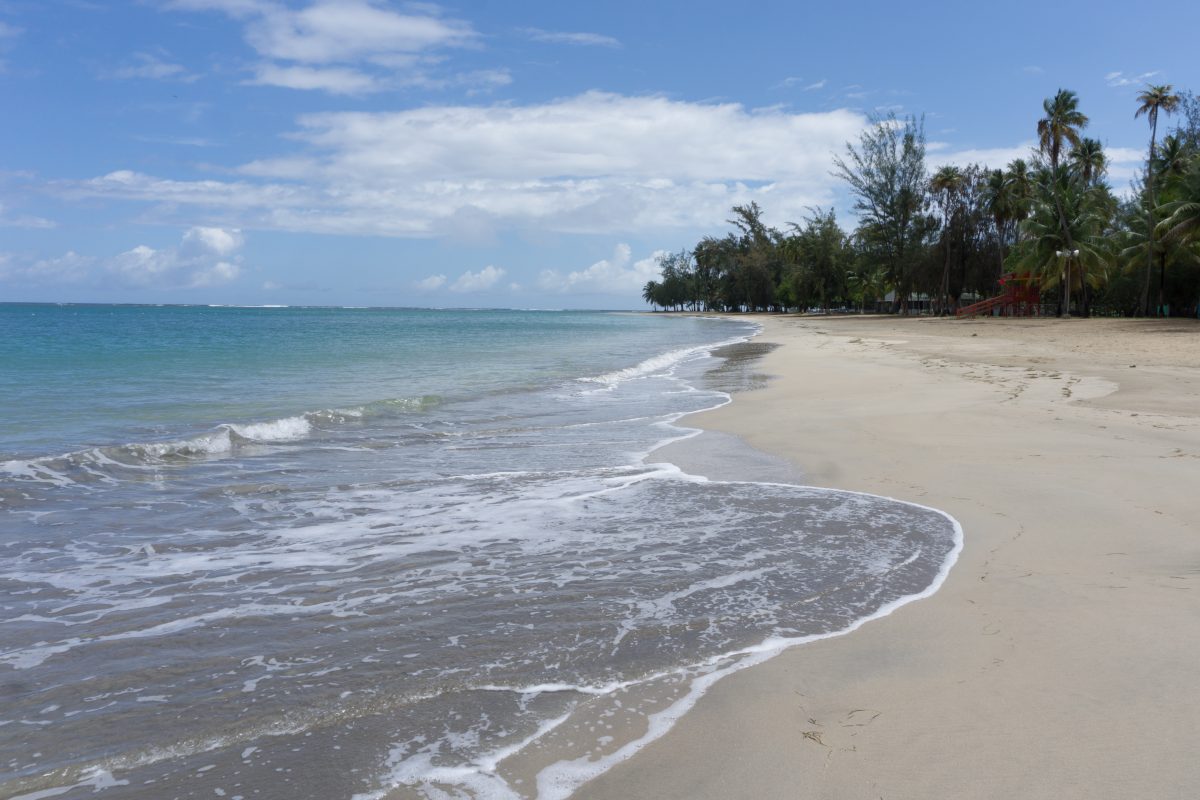 Photo by Jami430 on Wikimedia Commons

Visit another heaven on earth in the form of Luquillo Beach. With mature palm trees and startling turquoise sea, Luquillo Beach provides visitors and locals with the most rejuvenating beach experience.

With ample opportunities to swim, snorkel or scuba dive, or simply unwind, Luquillo Beach has something for everyone.

In addition, if you get a bit peckish on your day trip to this celestial haven, make sure you grab something from the nearby kiosks and beach shacks. The beach is open Wednesday to Sunday from 9 am to 5 pm. 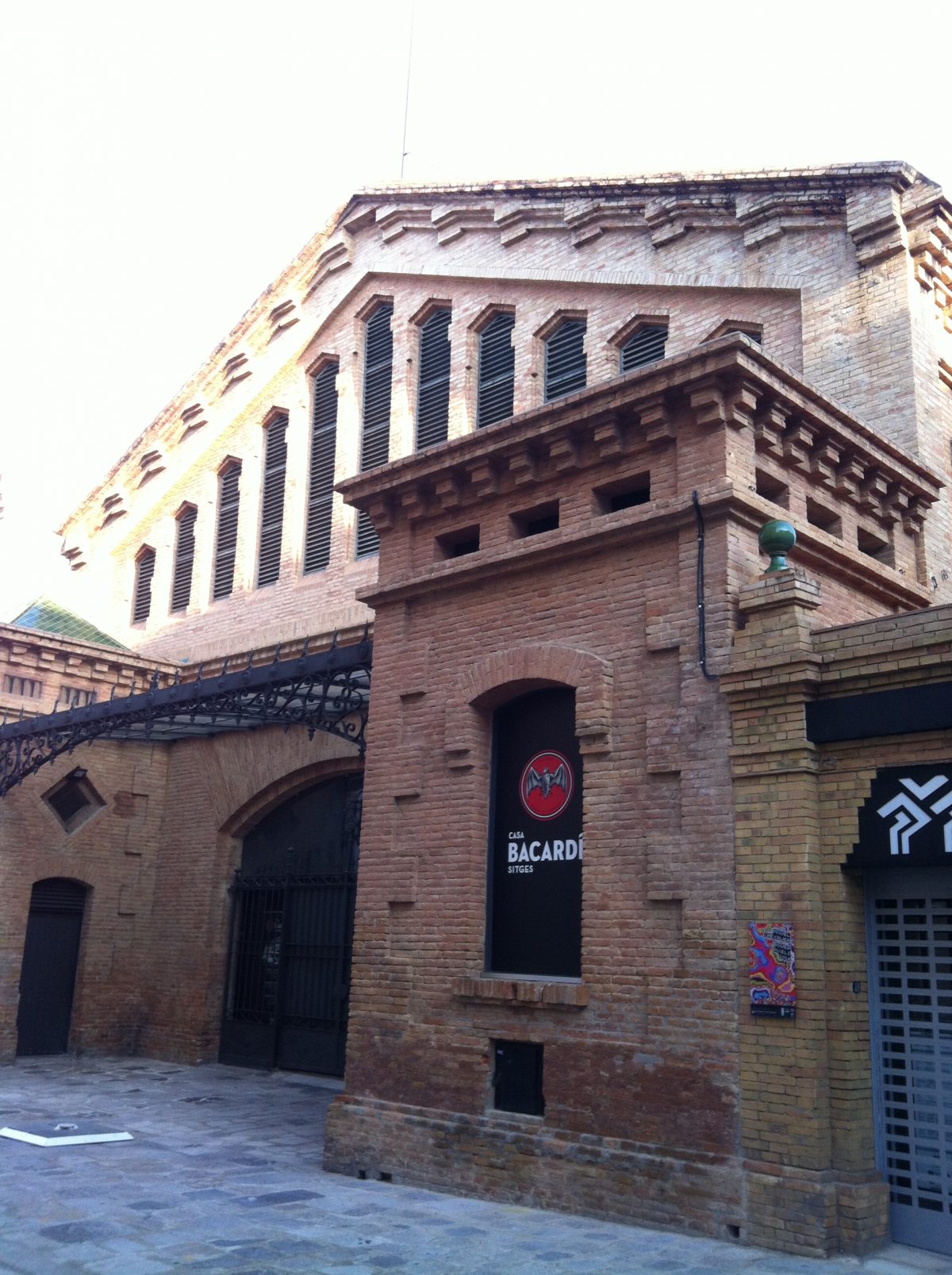 Photo by Kippelboy on Wikimedia Commons

Have you have ever enjoyed slipping a little Bacardi in your Coke? Why not visit the place where the famous rum was born? Casa Bacardi is a sprawling rum distillery that tells visitors the story of Mr Bacardi himself, his journey and his creations.

Since its inception in 1862, Bacardi Rum has stood the test of the time and become one of the most popular spirits in the world. Casa Bacardi stands as a monument to the famous spirit.  Visitors can venture on a historical or rum tasting tour, or even take a mixology class!

Happy hour is finally here! The museum is open Monday to Sunday from 9 am to 5 pm. Ticket prices range from $15 for the Historical Tour to $50 for the Rum Tasting Tour. The Mixology Class is approximately $60 per person. 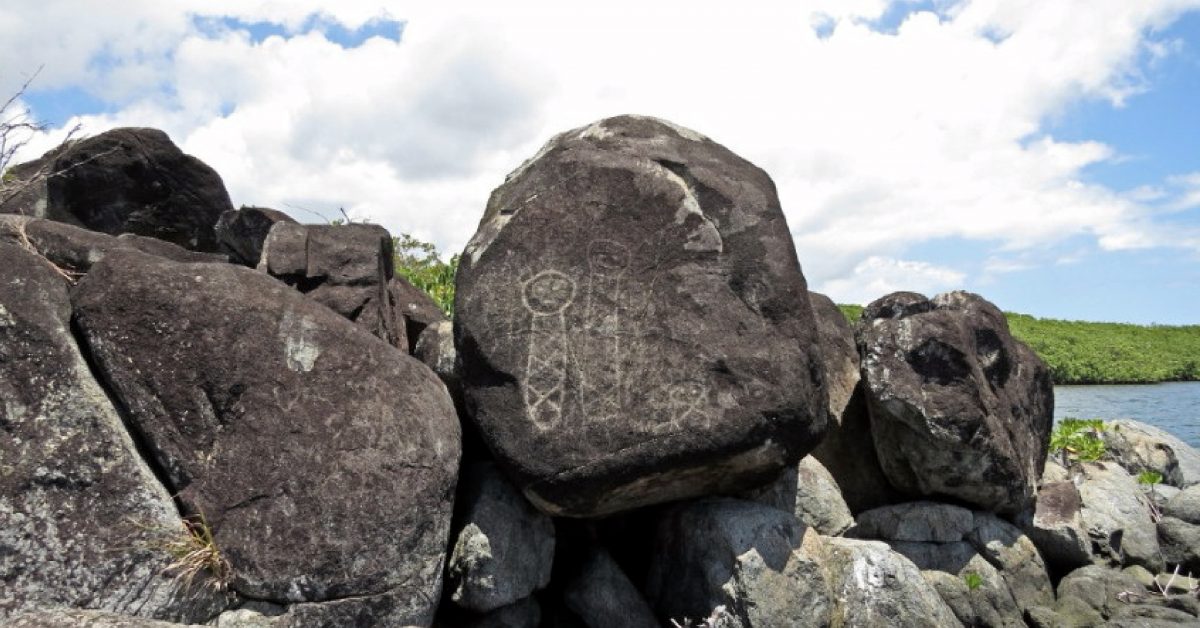 Photo by Caballero1967 on Wikimedia Commons

Take a step back in time and marvel at the tribal markings inscribed in the rock formations of La Cueva del Indio located in the municipality of Las Piedra. This stunning prehistoric rock site was the original location of tribal meetings of the Taino Indian tribe.

Within the rock formations lies a cave, where the walls are hand-carved with 80 indigenous petroglyphs that tell the story of the island’s original natives. Surrounded by turquoise waters below, the rock site also provides a breathtaking panoramic view where visitors can listen to the crashing of the ocean waves. 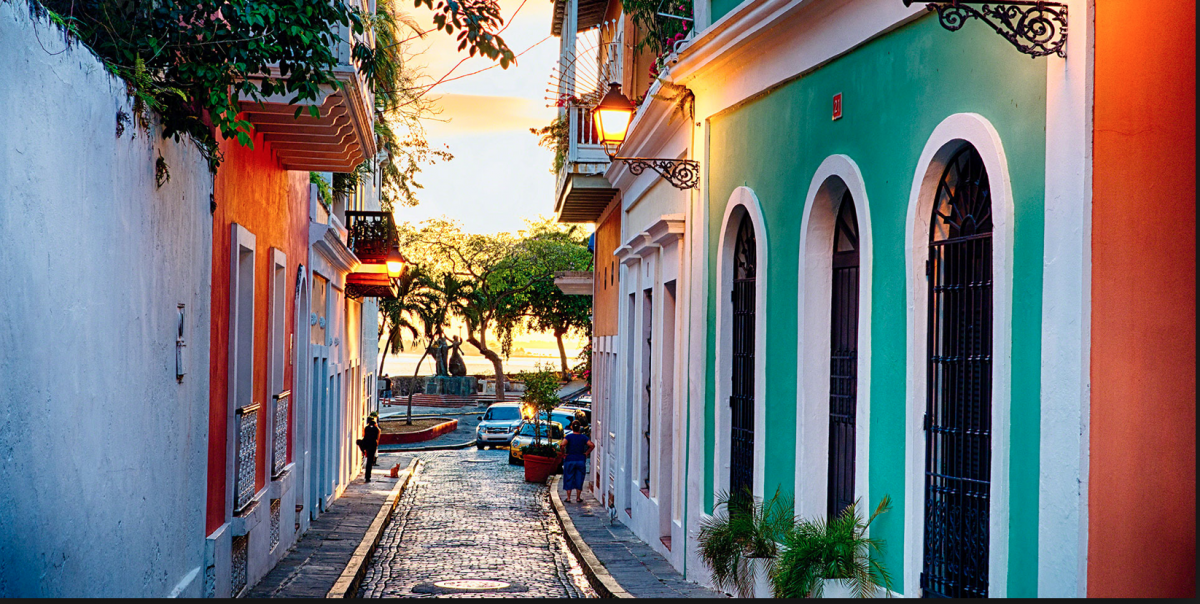 A UNESCO World Heritage Site, Viejo San Juan has no white sand beaches or turquoise waters in sight. However, this gorgeous 500-year old district is one of the most enchanting features of Puerto Rico.

The magical history of the district is embedded within its walls which visitors can literally touch and feel its untold stories. The cobbled streets are lined with stunning colonial architecture, splashed with tropical colours and ineffable charm.

Furthermore, the district is widely popular for its nightlife, bars, restaurants, shops and cafés amongst tourists and locals alike. Night or day, Viejo San Juan is something not to be missed. 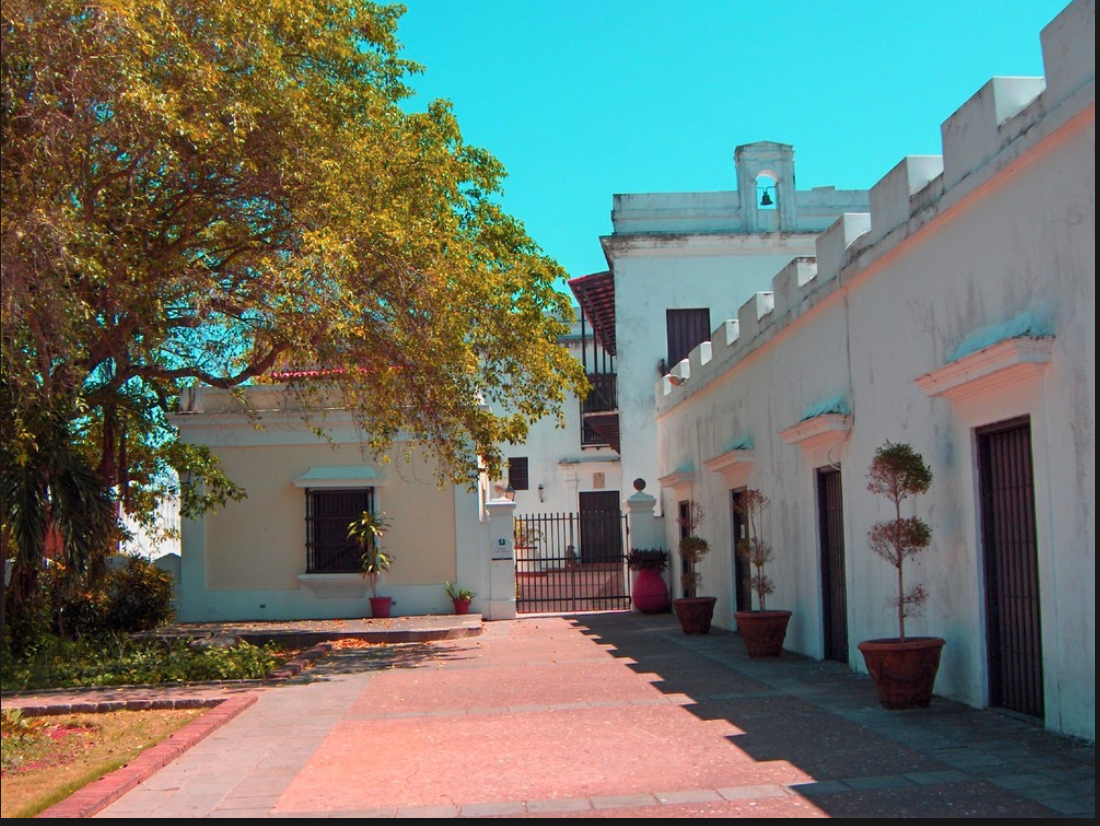 Washington DC might be a bit of a trek, so why not visit Puerto Rico’s very own White House?

Built in 1521, Casa Blanca is one of the oldest structures in San Juan. The present-day museum was once home to Juan Ponce de León, a Spanish explorer known for leading the first official European expedition to Florida, who later became the first governor of Puerto Rico.

Although the man himself never had the opportunity to occupy the residence, Casa Blanca was home to his family, his cousins and later descendants until the mid 18th century. Despite the fact that the founding father of modern Puerto Rico never stepped foot into the residence, the story of the man himself permeates throughout the walls of the museum.

Today, the museum stands as a monument to Ponce de León where visitors can marvel at 16th and 17th-century artefacts and tour the stunning rooms where his family ate, dined and slept. Furthermore, visitors can reach out, touch and feel its history seep into their pores. 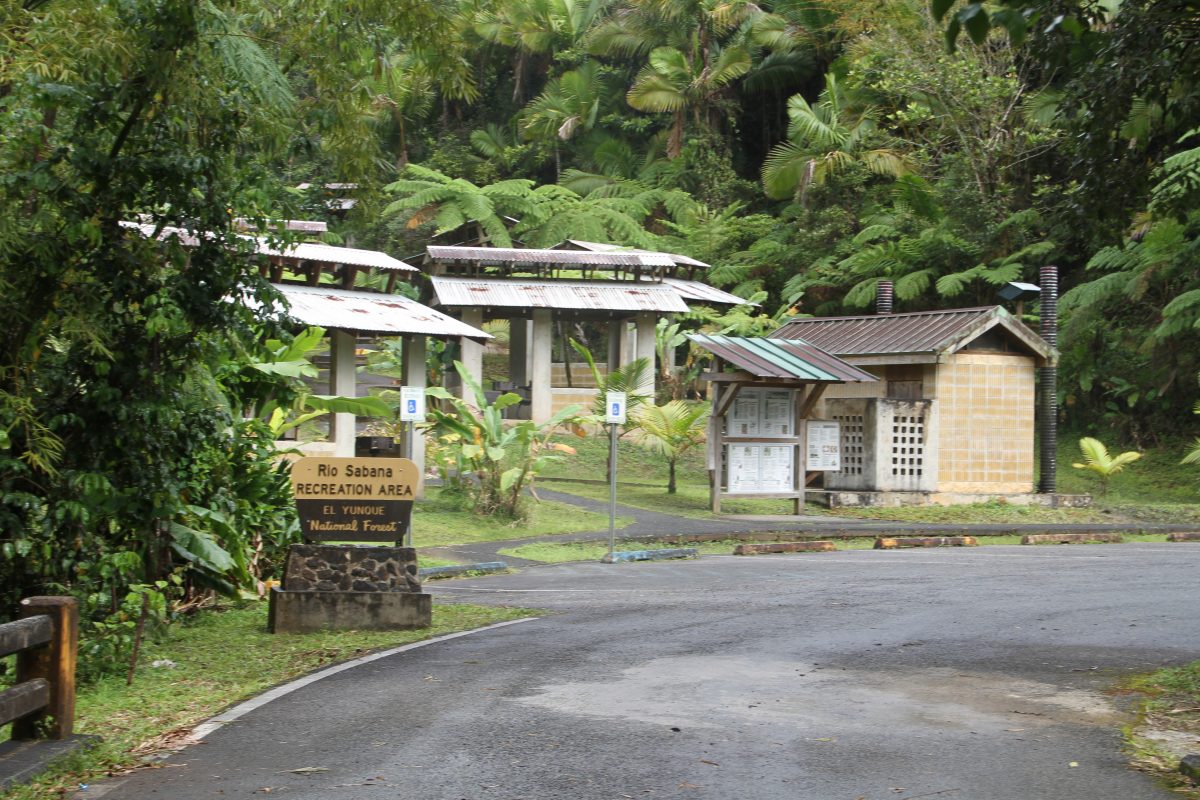 Photo by Bjoertvedt on Wikimedia Commons

Take in the stunning natural beauty of the only tropical rainforest in the United States National Forest System. With lush foliage and waterfalls, the El Yunque National Forest is a stunning haven where visitors can appreciate the beauty of our natural world.

The indigenous tribes of the island believed that El Yunque was the throne of their chief god Yúcahu. One can also say that the forest was the Caribbean equivalent of Mount Olympus. Visitors can spot the unique Taino petroglyphs when they traverse around the forest.

Although you might not be able to see the Taino god himself, you can definitely see the beauty of his creations all around the forest. Visitors can also walk down the guided trails where the forest’s flora and fauna can be observed close-up.

Travel back into the past and immerse yourself in the history that this 16th-century citadel presents. Named as a UNESCO World Heritage Site, Castillo San Felipe del Morro is one of Puerto Rico’s most recognisable attractions.

Castillo San Felipe del Morro was originally designed to protect San Juan from seaborne enemies. Over the centuries, the citadel has stood the test of time and welcomes over 600,000 visitors every year. Visitors can walk within the perimeters of this gorgeous landmark structure and listen to the untold stories that are embedded within its walls. 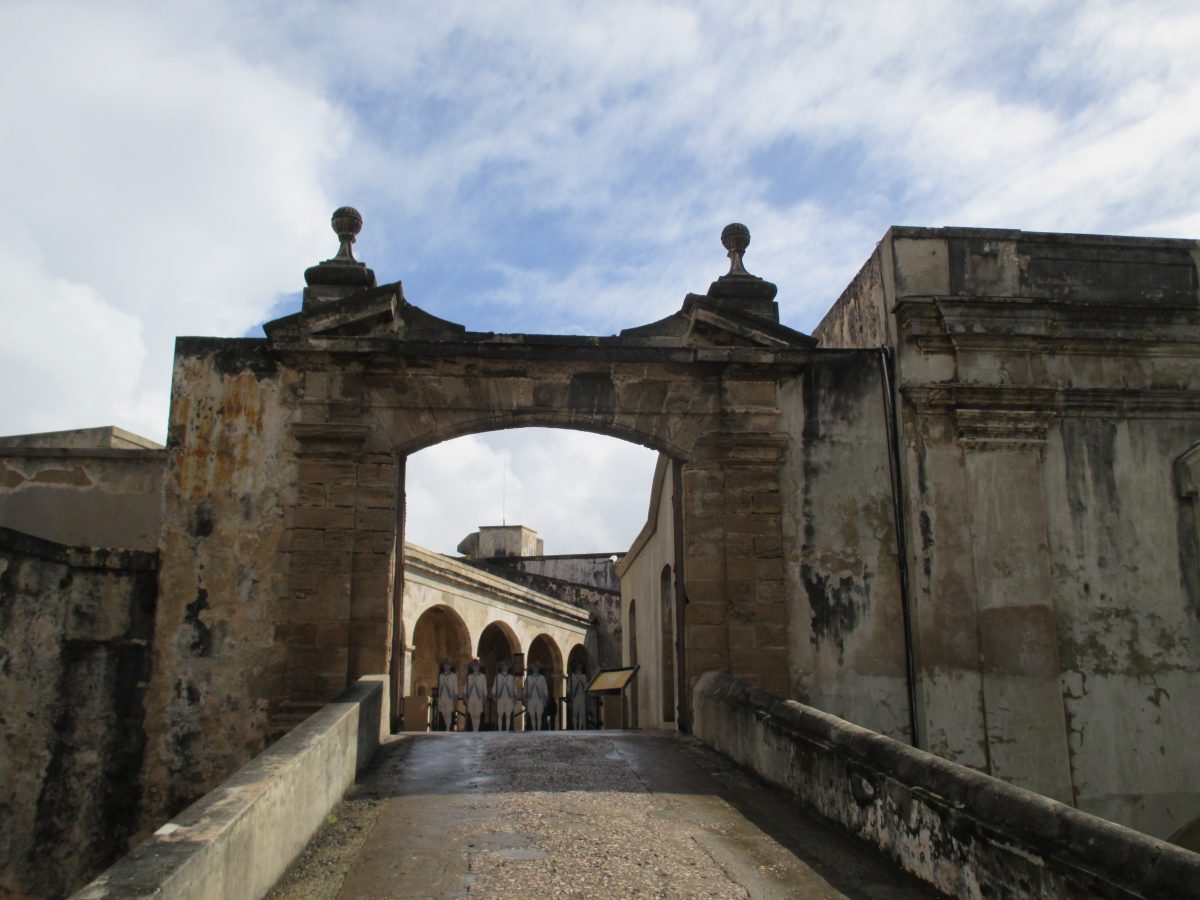 Photo by Mattes on Wikimedia Commons

Another protective fort built to protect San Juan, Castillo San Cristóbal is the largest fortification ever built by the Spanish in the New World.

Rising over 150 feet above sea level, this historical fort has seen its fair share of wars and conflicts. The fort has cemented a place within Puerto Rico as one of the strongest surviving structures that has stood the test of time.

The history of the area buzzes in the air and permeates through every inch of the citadel. Visitors can walk upon the same ground that is imprinted with the footsteps of thousands of soldiers who fought in the worst battles in human history.

The fort is open between 9 am and 4 pm, and ticket prices cost approximately $5 per adult. Children under 15 can enter the fort for free. 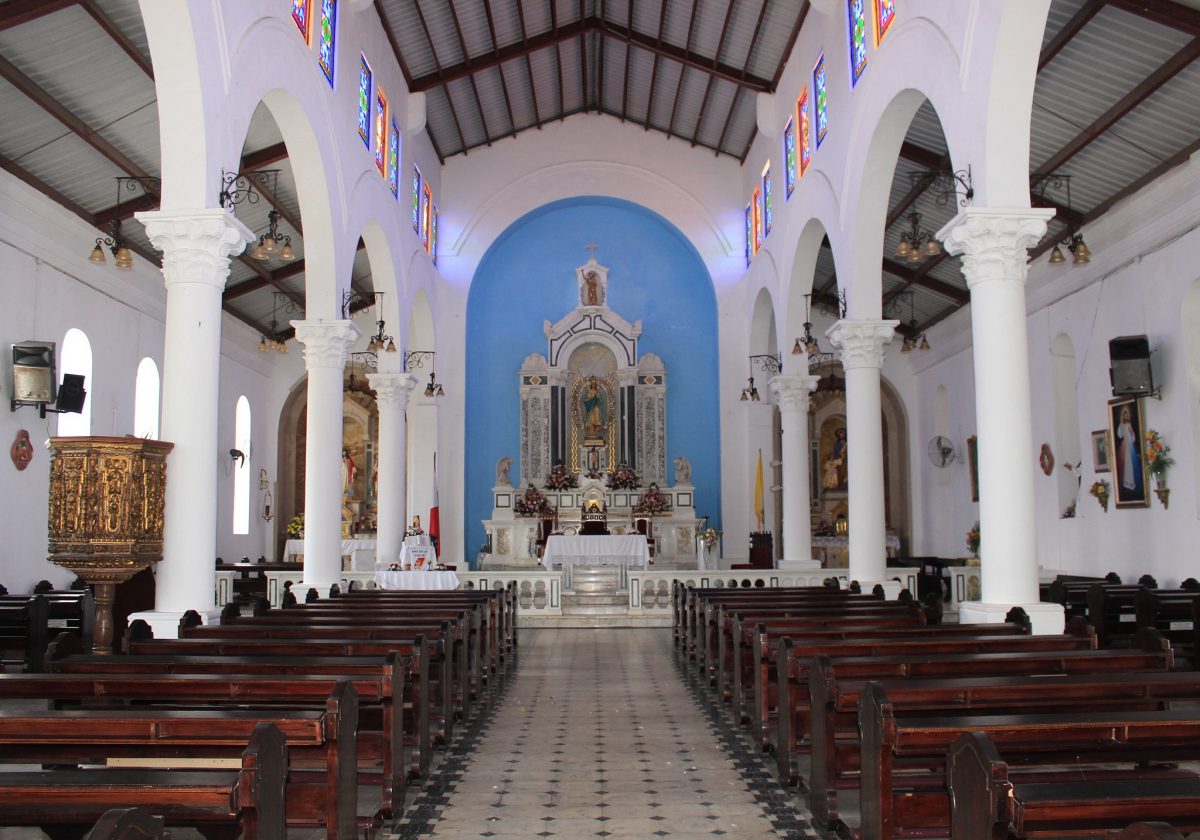 Visitors can gaze up at the stunning artistry of the high ceilings and interiors of the cathedral. Additionally, visitors can also marvel at the peace and tranquillity this gorgeous place of worship brings out

The cathedral is open daily from 8 pm to 4 pm, with the exception of Sunday when it closes at 2 pm 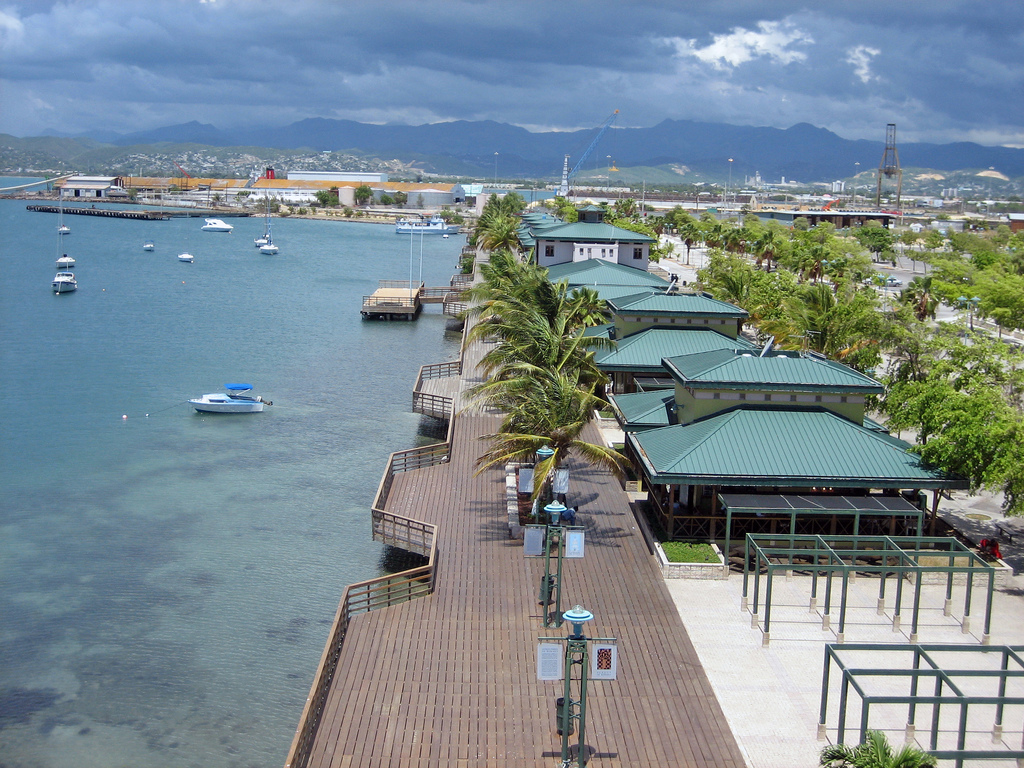 Photo by Oquendo on Wikimedia Commons

This bustling boardwalk allows visitors to soak up the local culture and interact with the local people. Tourists can also visit the restaurants and bars that populate the boardwalk and consume the delicious food and drinks offered.

Equipped with the bay’s stunning views, visitors can also take a light stroll on the boardwalk and view the gorgeous surroundings. Furthermore, if you’re a party animal, visiting the Paseo Tablado La Guancha during the weekends should not be missed!

On Fridays and Saturdays, this busy boardwalk truly comes alive with live salsa music and large partying crowds. Tourists and locals alike can come together to dance the night away. in conclusion, if you’re looking for a place to eat, drink and be merry, Paseo Tablado La Guancha is the place to be. 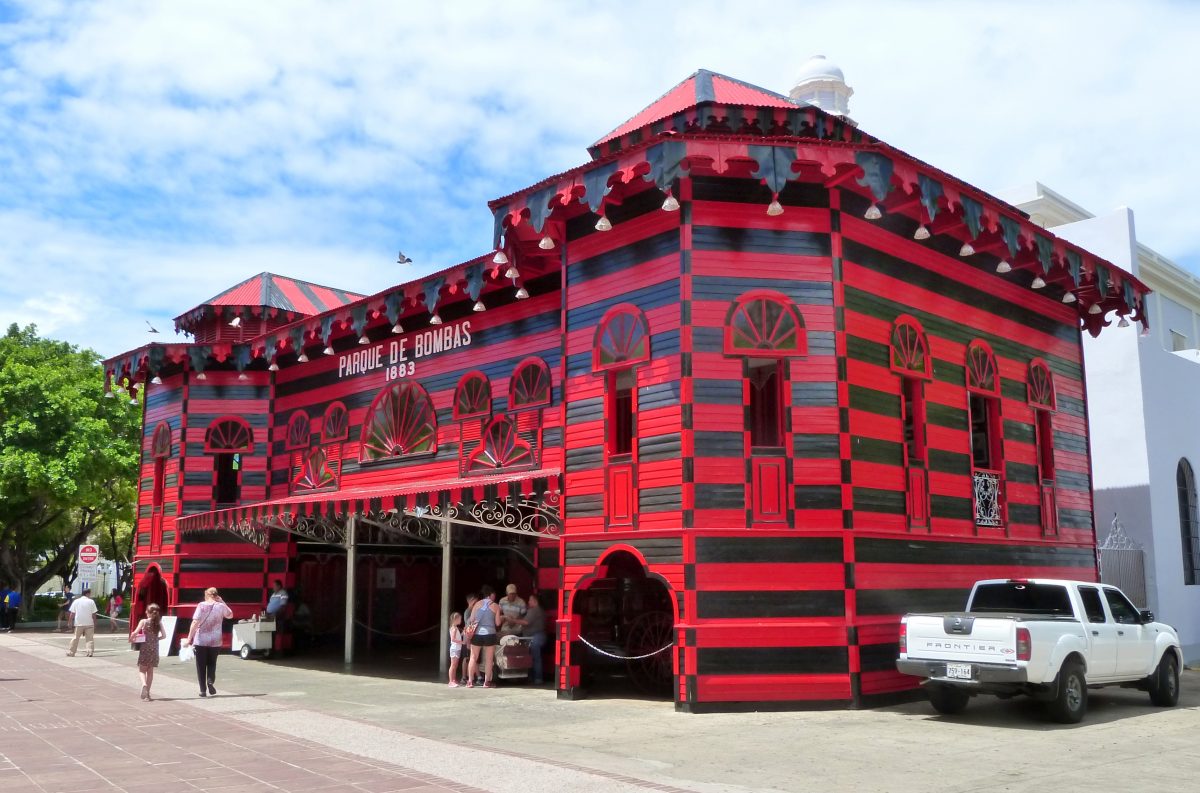 Cited as ‘the most easily recognised landmark on the island’, the Parque de Bombas is one of Puerto Rico’s most popular tourist attractions.

A historic former fire station, the present-day museum pays homage to the selfless firefighters of the city, both past and present. The exhibits on show narrate the stories of the devastating fires that engulfed the city of Ponce. Furthermore, ordinary citizens who stepped up to formed voluntary firefighting organisations that saved thousands also have their stories preserved.

Visitors to the museum will be inspired by the brave souls who laid down their lives to save Ponce. The museum is open daily between 8 am and 5 pm.

15 Reasons to Visit the Pamir Mountains
Prev: The Best Seafood ... Next: The Best Beach Um...