The city of York is one of the best places to explore England’s history, especially the Roman, Viking, mediaeval and Victorian periods. Old buildings, museums, tours and exhibitions invite you to vivid experiences of the past. Take a romantic river cruise or a spooky bus tour, roam the old streets, or journey back in time.

Here are the twelve most exciting attractions to visit with your children or on your own, in sunny weather or in rain.

View The City From Clifford Tower 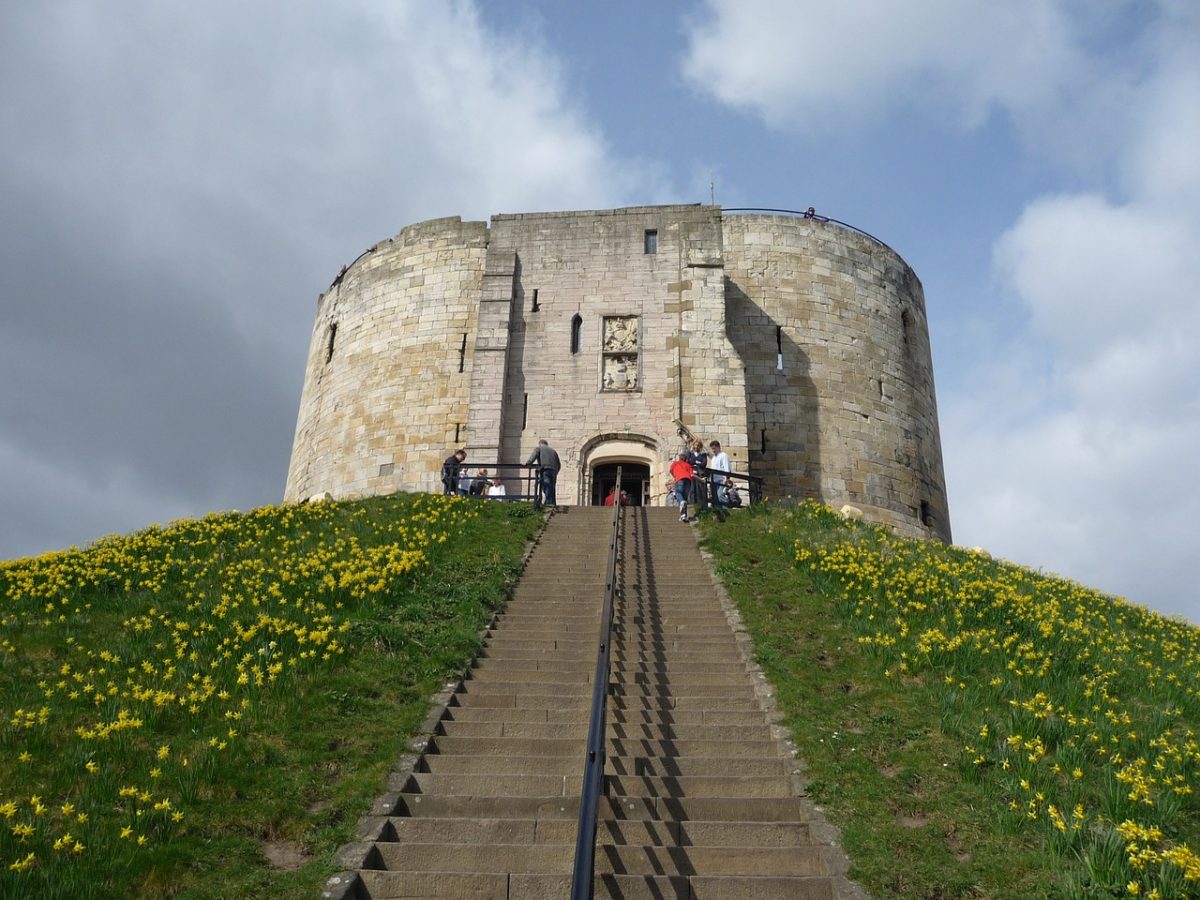 If the weather is good, start your visit of York by ascending to Clifford Tower. The panoramic 360 degree views from the top of the tower walkway – once used as a vantage point for the castle’s guards – are stunning. On a clear day, you can see not only the city of York, with its mediaeval buildings and minster, but into the distance across the Yorkshire moors.

Clifford Tower was part of a castle that had its origins with William the Conqueror, and it served for a long time as a prison. Famous prisoners include George Fox, founder of the Society of Friends (Quakers), and the notorious highwayman Dick Turpin.

Although the historical aspects of the place are interesting, it’s the view from the top that makes the visit worthwhile, so we suggest waiting for a clear day. 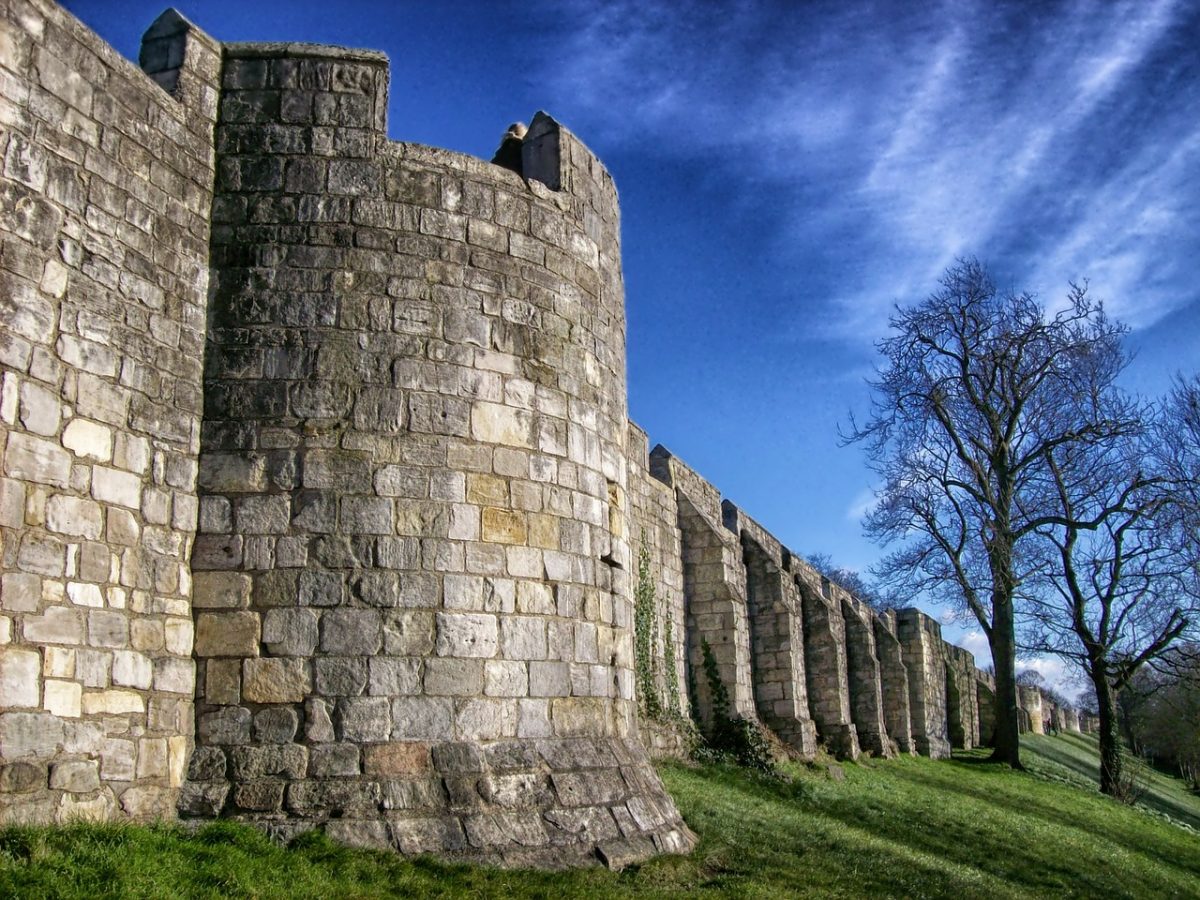 York’s beautifully preserved walls are the longest medieval town walls in England, and you can walk along them (and for some stretches, even on them). Some sections are even older, dating back to the ancient Roman period when York was called Eburacum. Altogether, the walls are just over miles, and it will take you about 2 hours. Along the way, you can stop at the five ‘bars’ – which are not places to drink, but historical city gates, some of them with their original portcullis.

Normally, the walls are open from around 8.00 until dusk, and free. (However, there are small museums along the way, including The Richard III experience at Monk Bar, for which there’s an admission charge.) Be careful in the winter months, when snow and ice may make the pathways slippery.

The walk is most enjoyable in March and April, when the earthen-work ramparts are covered in yellow daffodils. 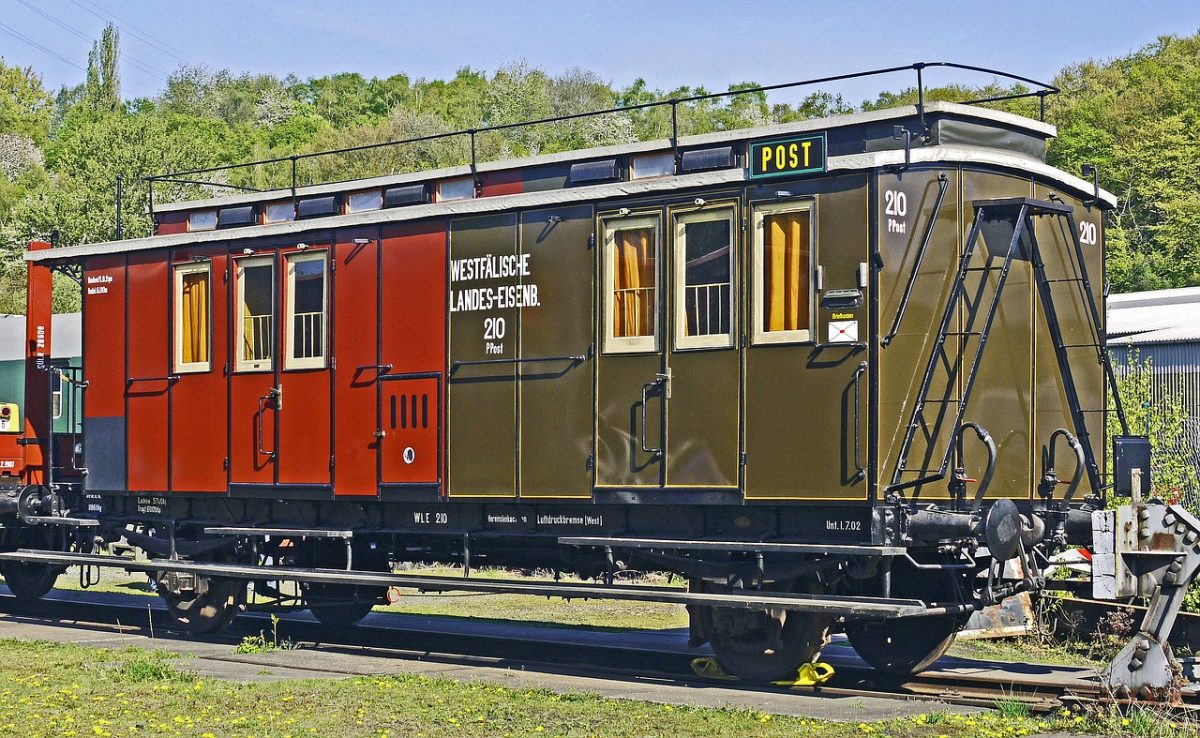 Gigantic locomotives from the age of steam, gleaming in brightly coloured splendour, with wheels as tall as human adults, leave visitors open-mouthed with awe. In this museum, you can see some of the world’s oldest locomotives and trains, dating from 1820 to the present day, most of them originals restored to perfection, others faithful reconstructions. You can go up close to the steam engines, and even ascend to peek into the driver cabins. The National Railway Museum is an experience not just for railway buffs.

This museum is popular with adults and children alike. Best of all, admission is free!

Take a look at the authentic royal railway carriage Queen Victoria used for her travels.

Get Awed In York Minster 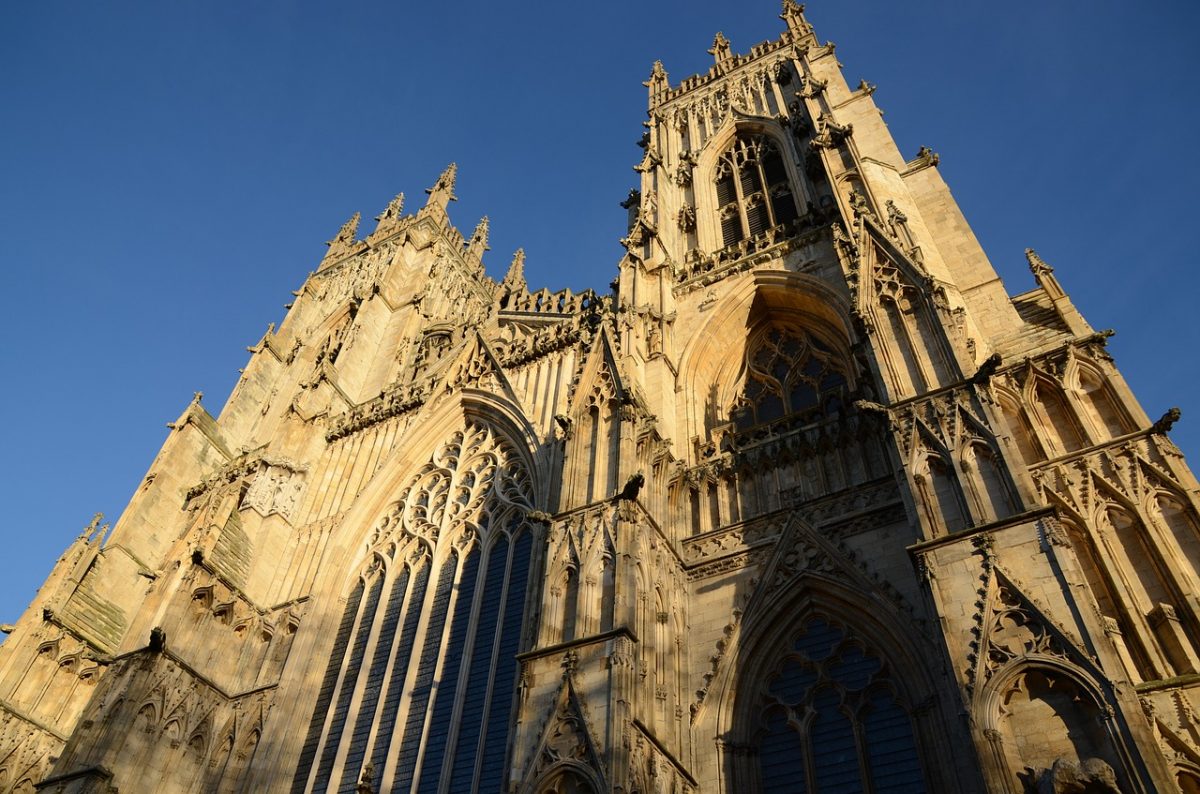 York Minster is one of the world’s most magnificent cathedrals. a masterpiece in stained glass and stone. Even you’re not normally interested in church history, this cathedral (referred to as ‘York Minster‘) is visually so stunning that it will leave you awed.

For visitors wishing to worship, a minimum of four services take place every day.

Guided tours are included in the admission fee. As well as the regular standard tour, special interest tours are scheduled, such as the Hidden Minster tour of the crypt passages, and a tour exploring the stories told in the stained glass windows. These tours are worth attending if they fit in with your visiting time.

Go Back In Time In York Castle Museum 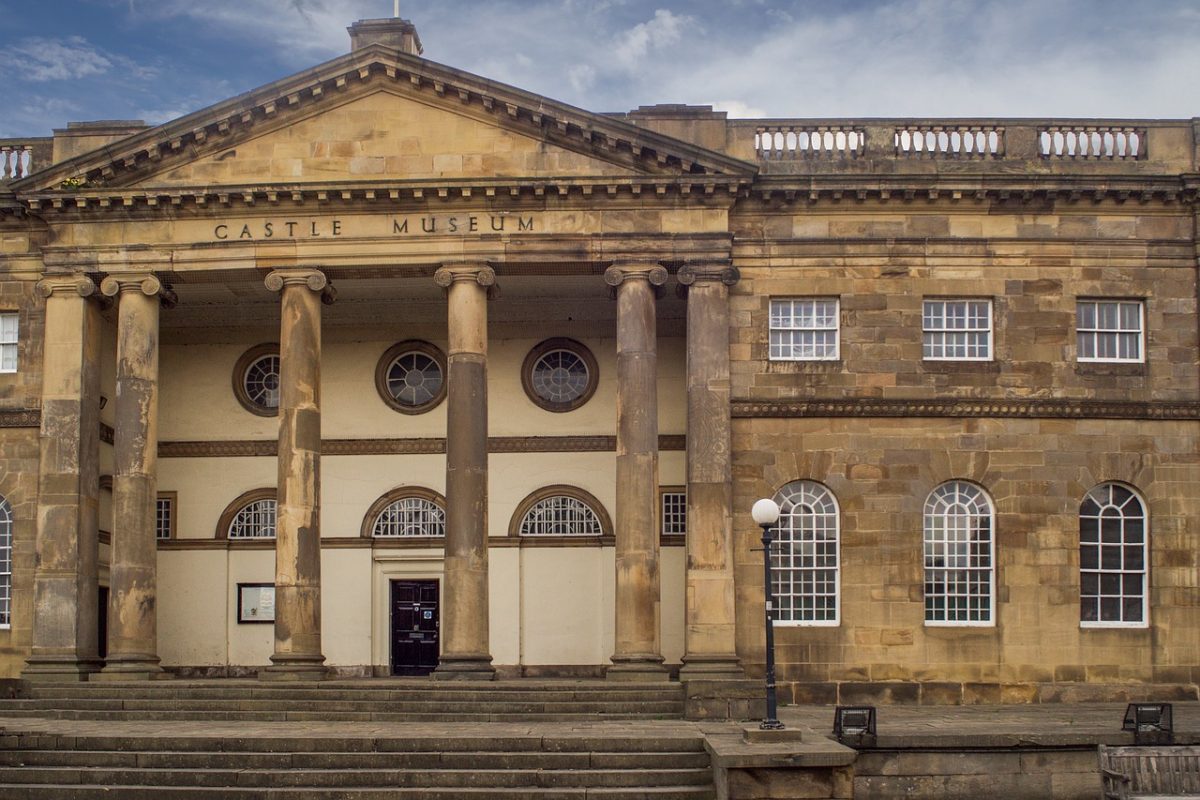 If you’re looking for an attraction to visit on a cold or rainy day that will entertain children as well as adults, head for York Castle Museum. Here you get glimpses into life in England in times gone by. You’ll see recreated living spaces, such as a 17th-century dining room, a Victorian parlour and even the cells in a debtor’s prison. The highlight is a ‘Kirkgate’, a recreated Victorian cobbled street with shops.

Although it’s possible to view the museum in two hours, there’s so much to see that you may want to allow half a day.

Ramble Through The Shambles 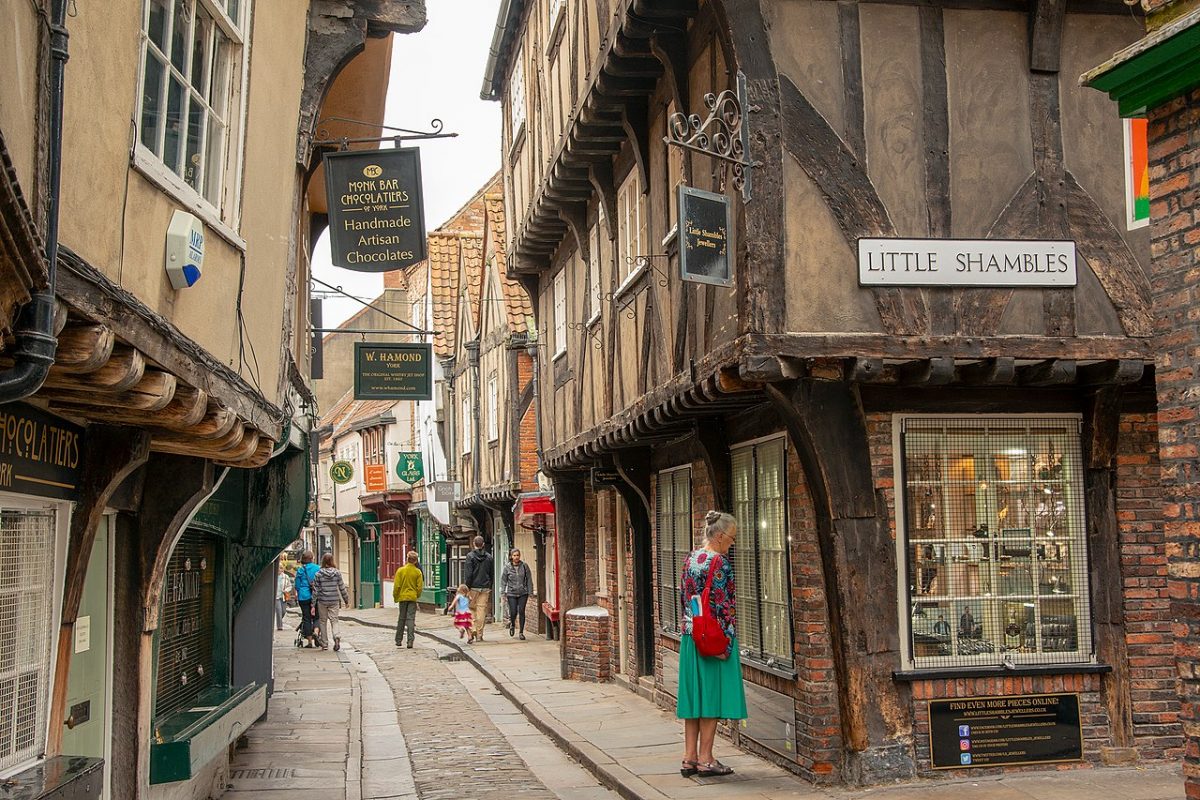 This thoroughfare with overhanging timber-framed buildings, some of them dating back to the 14th century, used to be the street where the butchers of York plied their trade.

Today, there’s a mix of quaint and quirky shops including boutiques and souvenir vendors, as well as atmospheric restaurants and typical English tearooms, though you can still see the old meat hooks on many shop fronts.

The street is so narrow that you may be able to stretch out your arms and touch the buildings on either side, and the overhanging upper storeys are even closer together – you can imagine people leaning out of their windows to shake hands with their neighbours across the road.

Many visitors, on seeing the Shambles for the first time, immediately compare it to Diagon Alley in the Harry Potter films.

Explore the narrow streets and paths – called the Snickelways – leading off the Shambles for an almost medieval experience. Some of these alleyways between old stone walls are so narrow that it would be difficult for two people to walk side by side.

Most visitors spend about one hour in the Shambles, though this can easy extend to a longer visit if you choose to explore the Snickelways, or decide to have a meal or a traditional English tea. At night, when the shops are closed, the street retains a magical atmosphere.

If you have a sweet tooth – or if you’re looking for a gift to take home – try the fudge from one of the traditional sweet shops.

Go On A Spooky Tour 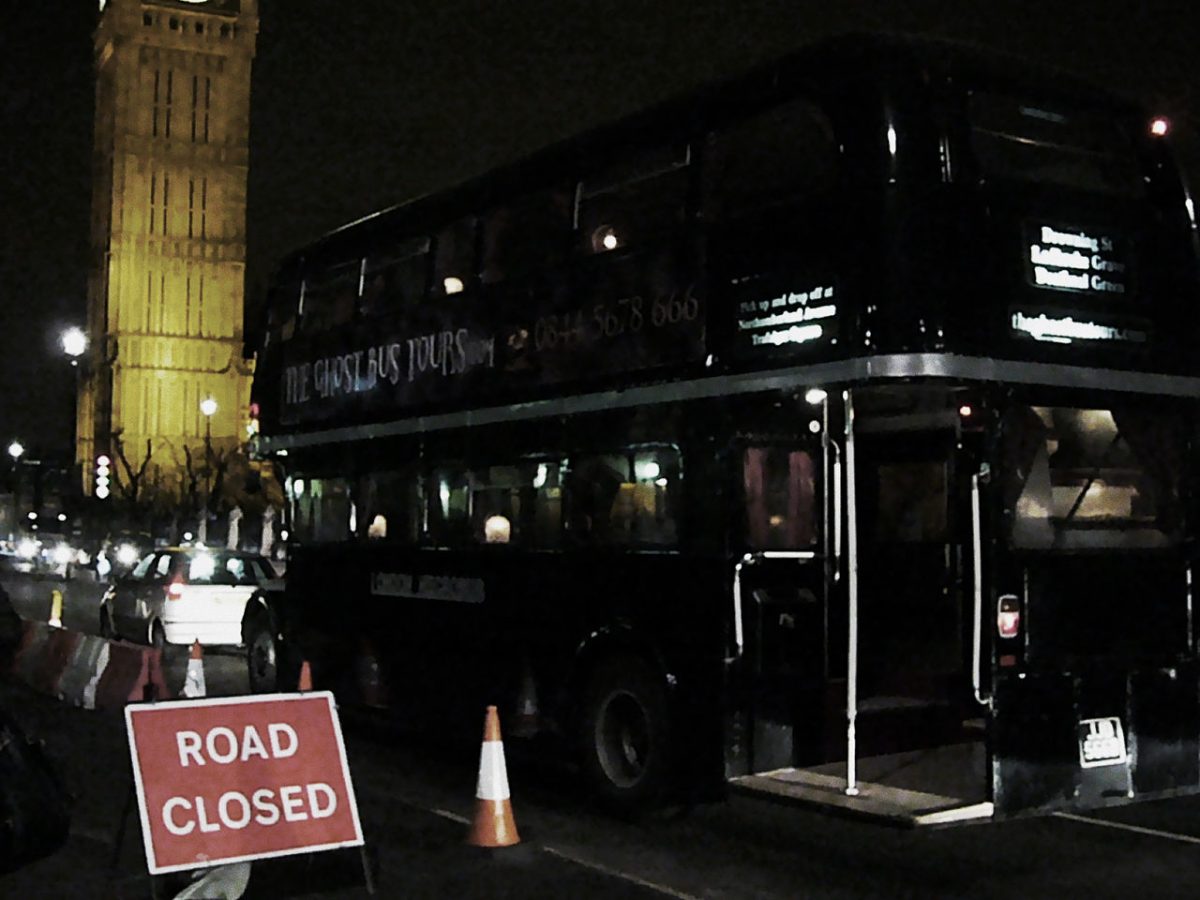 Photo by Ultra7 on Wikimedia Commons

With York’s 2000-year history featuring treachery, treason and torture – not to mention murder – it’s unsurprising that some of the old streets and houses are haunted.

Several organisers offer ghost tours – on foot or by bus – with knowledgeable, skilled actors who entertain as well as inform, telling spine-chilling true tales and local legends. Some guides create a creepy experience, others deliver hilarious fun. Most tours take place in the evening after dusk (times vary). Walking tours take around 2 1/2 hours, bus tours 1 hours 15 minutes. They are suitable for older children. Prices are around £4 – £15 for an adult.

Don’t let fog or a drizzle put you off from the walking tour, just wear suitable clothes and shoes. However, in heavy rain you may prefer one of the bus tours which are enjoyable in any weather.

Take A Boat Trip On The River Ouse 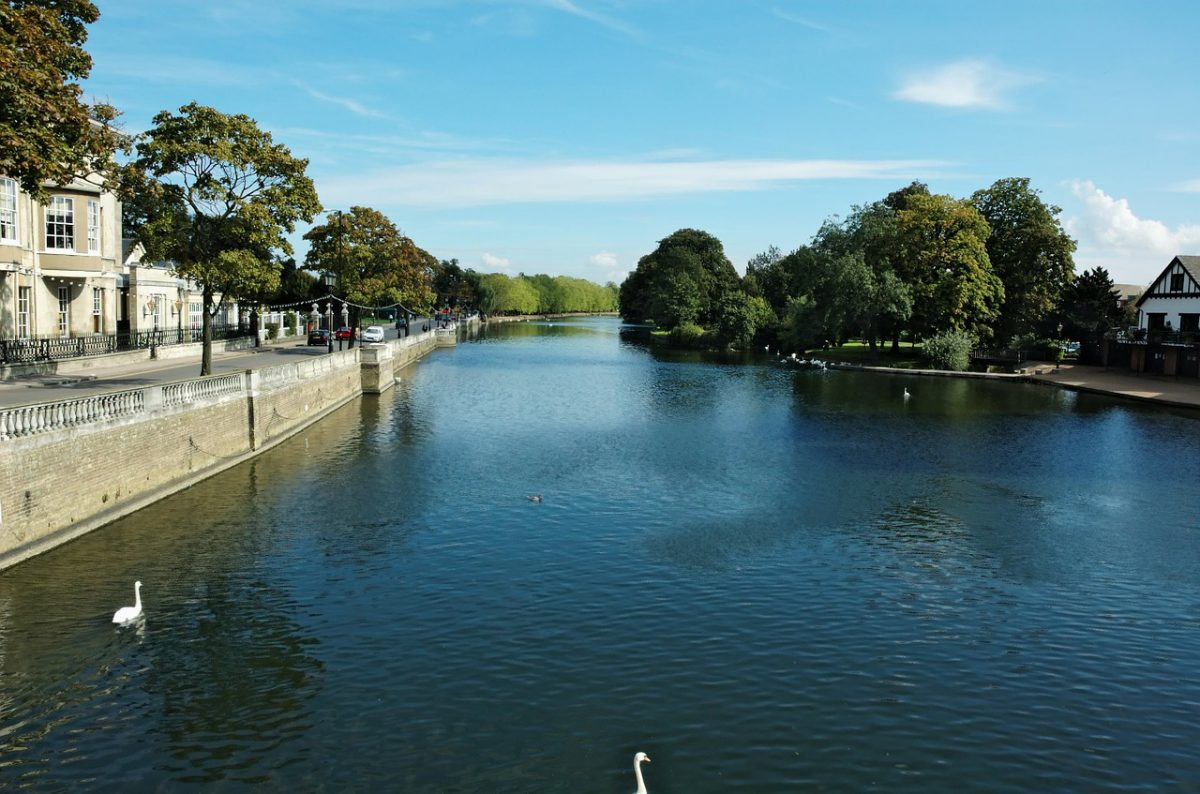 A walk along the banks of the River Ouse is a relaxing experience, especially on a warm summer day. You may also opt for a boat trip – maybe hiring a self-drive motor boat or get a ride on an all-weather passenger boat. Some of the passenger trips have audio commentary or guides, and bigger boats have heated salons for cold winter days. Along the way, you’ll see the majestic medieval guildhall, Bishopthorpe Palace (residence of the Archbishop of York) and quaint riverside villages.

Passenger trips vary in type of boat, itinerary, duration, price, and schedule. Some include lunch, afternoon tea or evening drinks. A one-hour journey without refreshments costs around £12.

For a romantic experience, choose the early evening cruise. 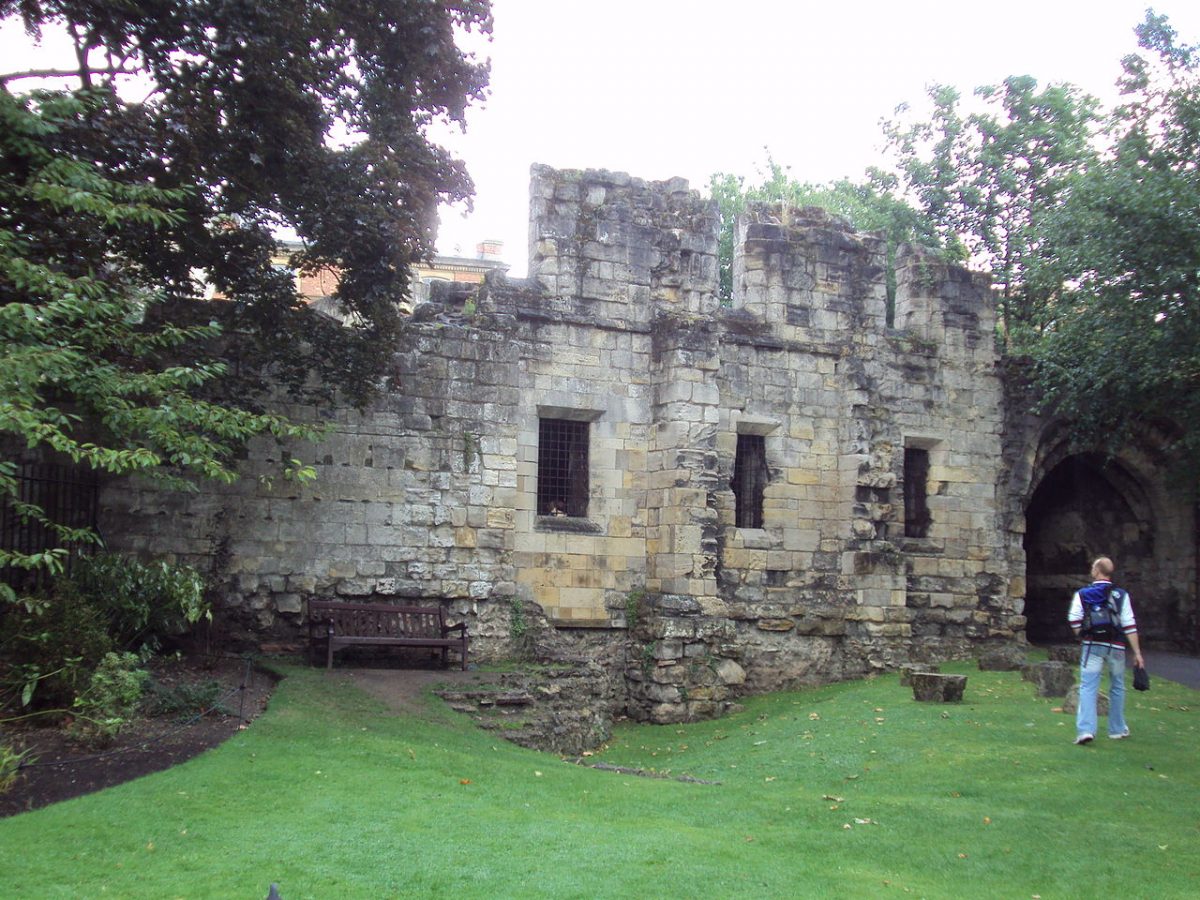 Photo by Repton1x on Wikimedia Commons

Yorkshire museum hosts several remarkable collections of geological and natural history artefacts, but its main attractions are the archaeological exhibits from the Roman, Anglo-Saxon and Viking periods.

You can also spend time in the Yorkshire Museum Gardens – a vast oasis of tranquillity in the centre of the city with a renowned botanical collection. The gardens are open most days (opening hours vary seasonally), and admission is free. Note: While the museum is called Yorkshire Museum, the attached gardens are called York Museum Gardens – don’t let this confuse you.

Make Your Own Chocolate At York’s Chocolate Story 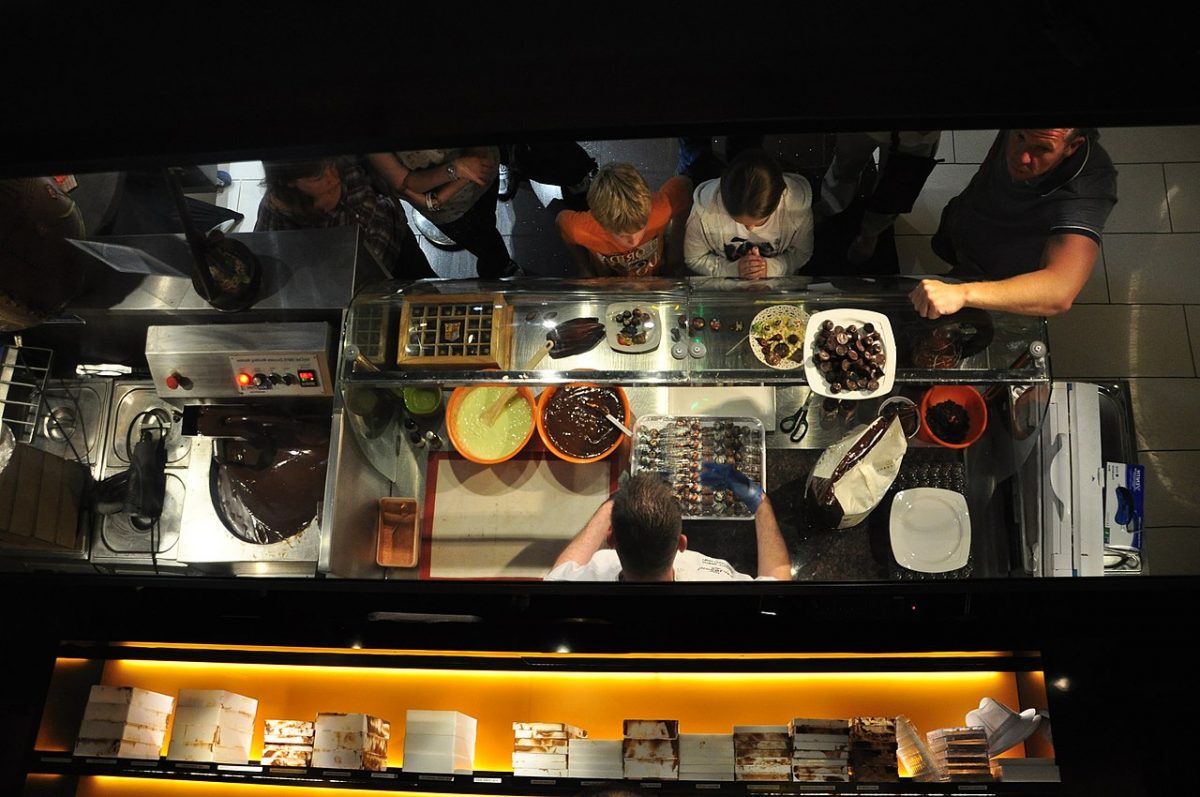 Photo by Nilfanion on Wikimedia Commons

In the 19th and 20th centuries, chocolate manufacture was one of the pillars of York’s economy, with many high-class confectioners and the world-renowned Terry’s, Craven’s and Rowntree’s chocolate factories.

York’s Chocolate Story is an interactive venue, perfect for families with children, for chocoholics, as well as those with an interest in the culinary arts or social history. The visit combines a guided tour and practical activities.

Allow at least 1 1/2 hours (one hour of this is for the guided tour). Most people spend 2-3 hours. All parts are fully wheelchair-accessible. York’s Chocolate Story opens daily at 10.00, and the last tour leaves at 16.00.

To avoid the afternoon rush (especially on weekends and during the school holidays) aim to get there in the morning. 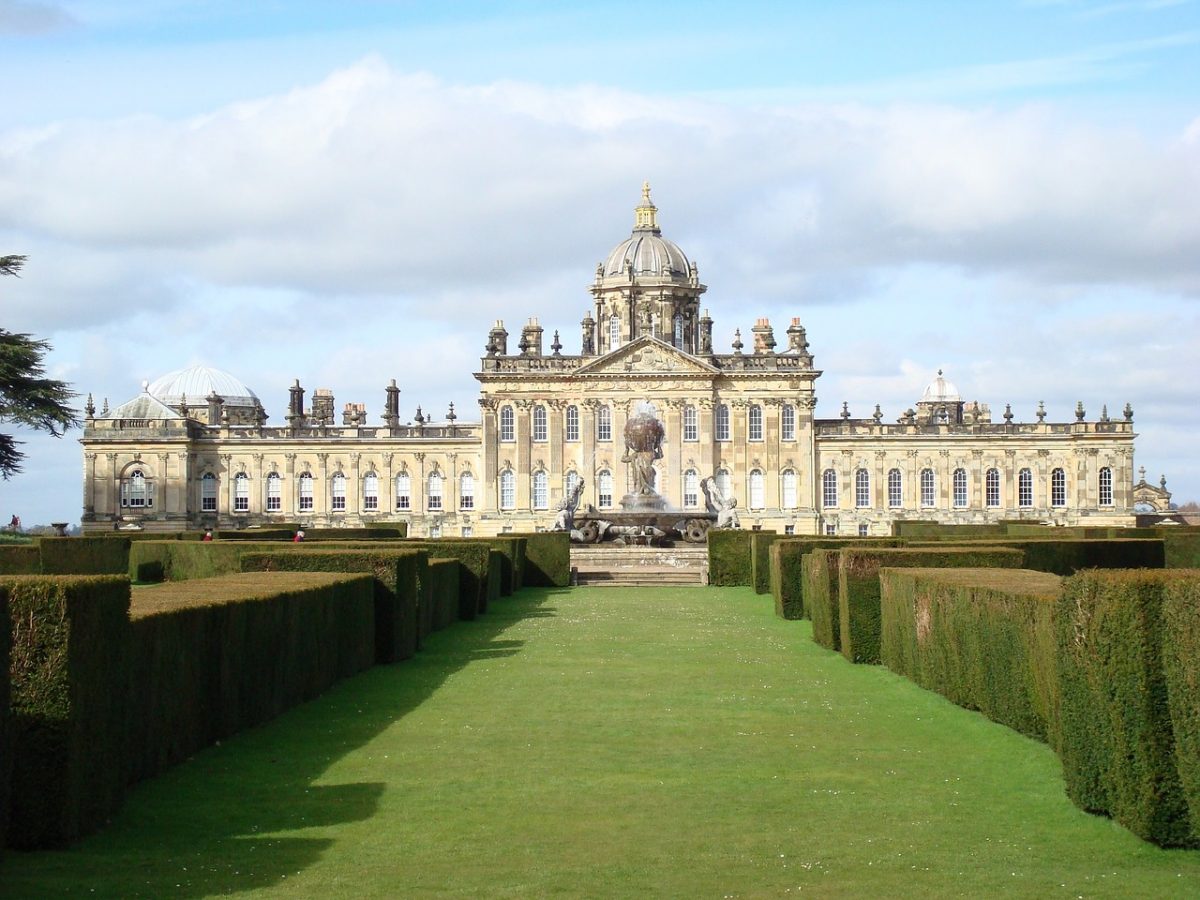 If you have time, this attraction is one of England’s most spectacular country estates, a 30-minute drive north-east of York (you can get there by bus). The huge Palladian mansion (which television watchers may recognise as the background of the TV drama Brideshead Revisited) has elegant rooms filled with paintings, carvings and rich antique furniture. The 1,000 acres of parkland around this stately home feature lakes, statues, fountains, temples (including the Temple of the Four Winds which offers lovely views) and a family mausoleum.

The house is usually open 10.30-16.00, but opening times vary with the season. The park stays open later. An adult ticket costs £19.50. Since this is a family-owned residence, the house and parts of the park are sometimes closed for private events, so check the website before visiting.

Bring a picnic. There are several lovely picnic areas in the park, some with wonderful views. 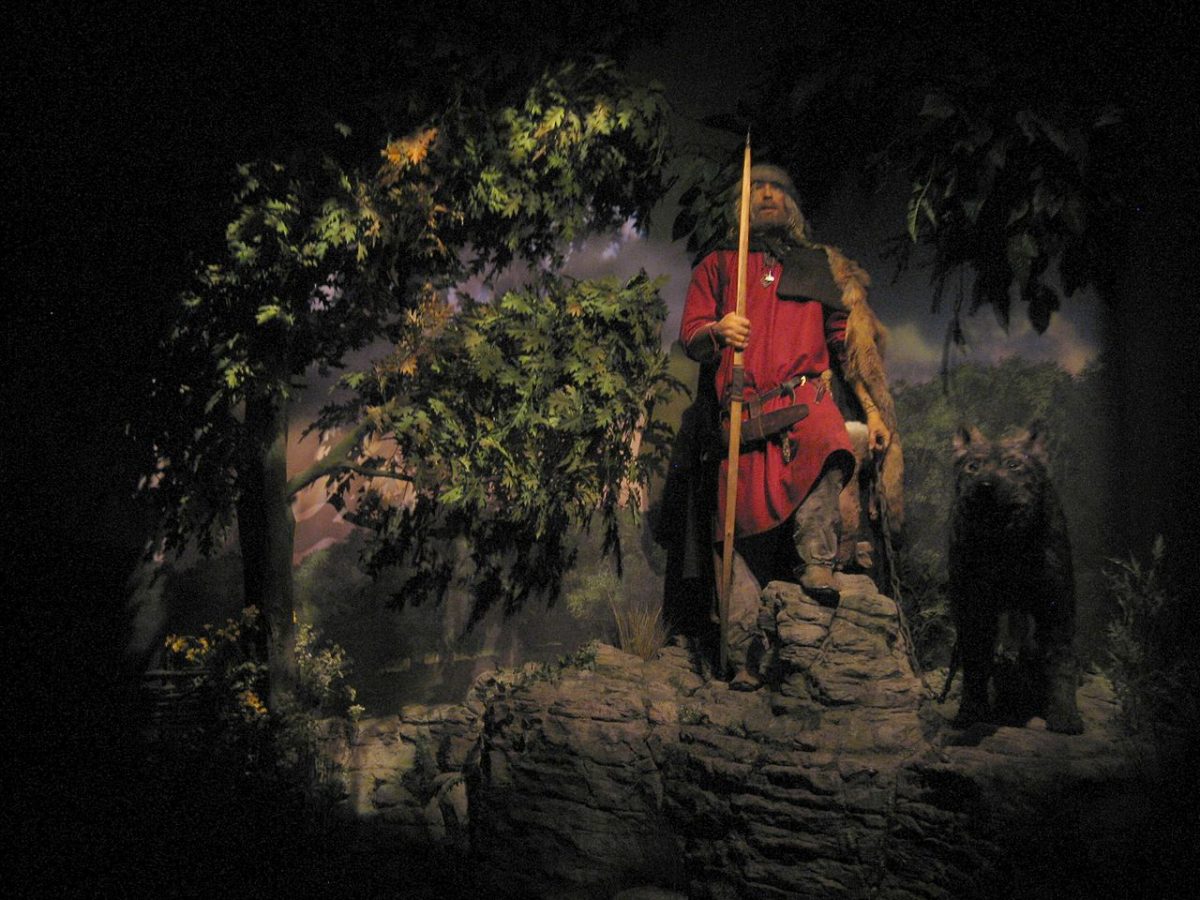 Experience life as it would have been in 10th century York. At the time, the city was called Jorvik. The ride in the six-seater carriages is an educational experience, and great for children. The centre also houses many authentic artefacts from the Viking era.

On weekend afternoons, you may have to queue for a long time to get admission. If possible, arrange your visit for a weekday or a morning.