History and horror go hand in hand when we speak of the Amsterdam dungeon. Of course, you might have heard about the London Dungeon that has many other names such as the York Dungeon, and Berlin dungeon.

These places have all something in common. The Amsterdam dungeon shows us a breathtaking view of life and tortures that took place in the 17th century. You will get a better understanding of how the Spanish ruled and tortured people from the Netherlands back in the days.

So, if you’re keen on historical and scary places, then the Amsterdam dungeon might be the place you’re looking for.

The Amsterdam Dungeon History And Origins 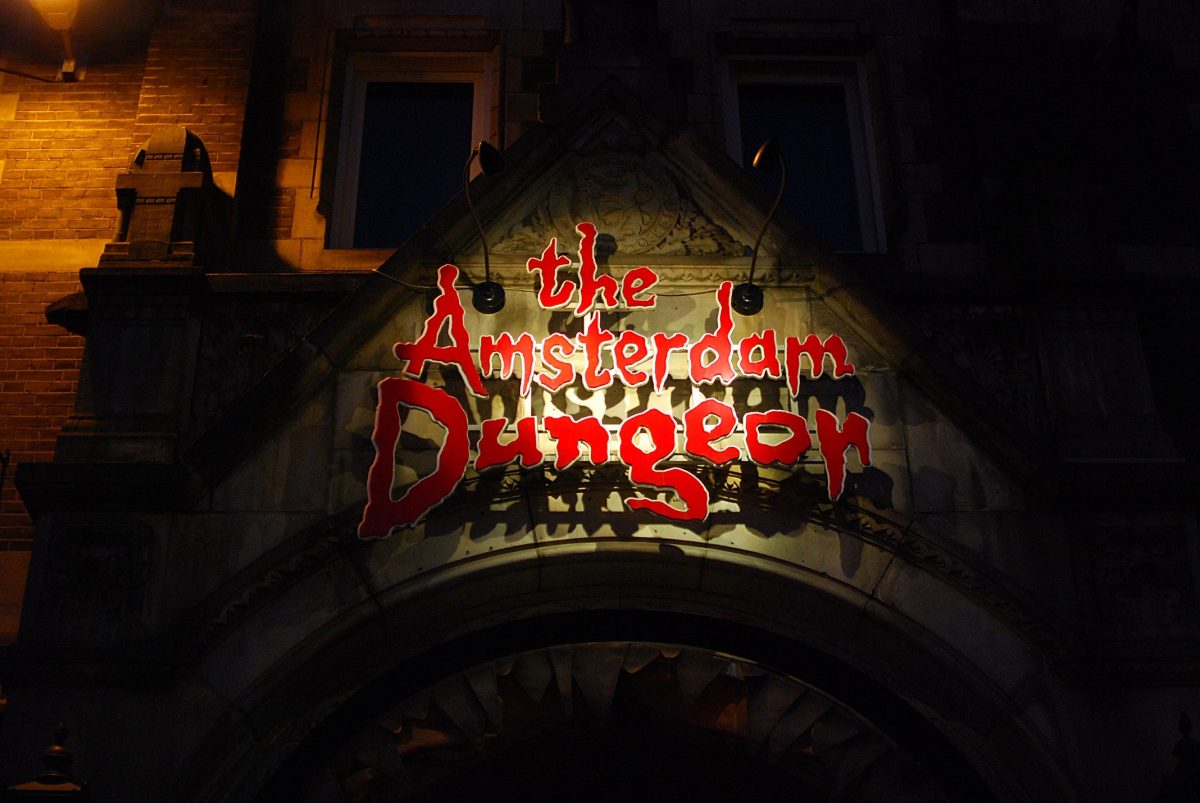 As the name follows, the dungeon is located in Amsterdam, Netherlands. It has some things in common with the mentioned above London Dungeon, York Dungeon, and Bedlington. The entertainment dungeons are property to the UK-based Merlin Entertainment. All these dungeons show us amazing moments throughout history by interactive adventures.

What is cool about the Amsterdam dungeon is that live actors are guiding you throughout your whole trip. The live shows will allow you to fully experience the life of the people who lived back in those scary days. Entertaining shows and fantastic effects will enable you to fully immerse in the dark in bleak times of the 17th and 18th century.

The Spanish Inquisition ruled the Netherlands by implementing horrific methods of torture. The council of blood sentenced to brutal death those who acted and protested against the norms in the Catholic Church. Over 16000 people were destined to die by brutal methods such as burning at stake, hanging, beheading, and many other cruelties.

When the 17th century came, it took the name: “the Golden Age.” The wealthiest people in Amsterdam enjoyed that age with the foundation of the VOC (Dutch East Indian Company). The company was the world’s first rich multinational company that brought a lot of prosperous people to Amsterdam, but also many deaths. A large number of sailors, employed by the VOC, had the brutal destiny to never return on the Netherlands shores.

Yet, some people came back, and the worst came with them. Infected rats in birds that stayed on the ships intensified the horrifying plague and took over the Netherlands. Those periods were fatal for the people who lived at that time. The brutal infection took 1/6 of the population of the Netherlands.

As you already know, Amsterdam dungeon is a hell of a tourist destination. If you’re planning a trip to the Netherlands, then this ancient dungeon is something you don’t want to miss.

It takes you on a virtual journey through the horrific past of the Netherlands. Just with your entrance, skeletons will start moving, and you will also hear terrifying sounds from the dark. Those scary noises and skeletons will make you tip-toe only in the first seconds of entering the dungeon. 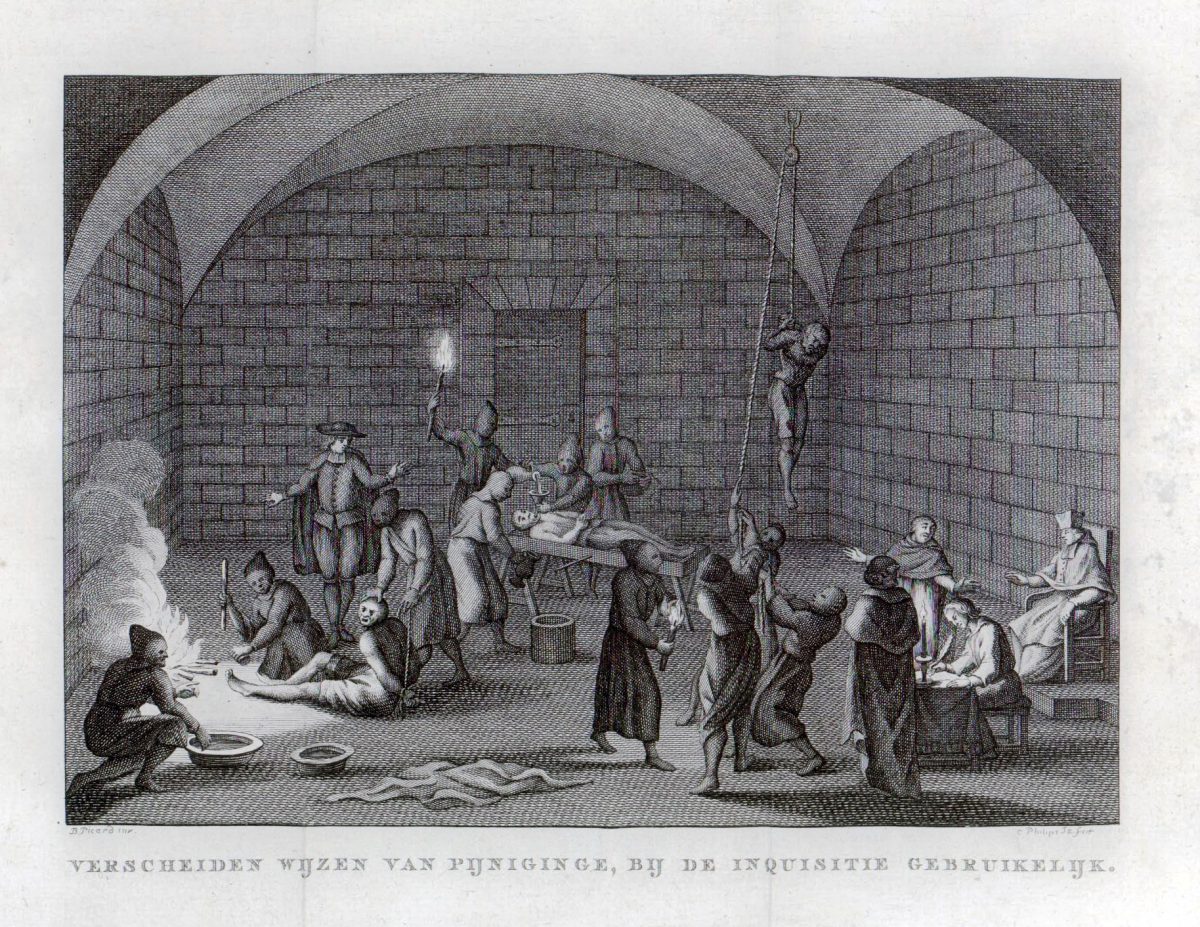 Firstly, you will enter the torture chamber. The torture chamber is one of the most graphically implied exhibits in the whole dungeon. In this show, female actresses are acting as the Spanish and visitors are volunteering as prisoners. All the prisoners (visitors) line up against the wall. Then the female torturers pick one of the prisoners and start the demonstration. The “lucky” visitor is strapped onto a chair and surrounded by all kinds of terrifying weapons and instruments. Finally, the actors show every weapon and instrument inch by inch.

The second part of your journey is taking place at one of the ships owned by VOC. It illustrates an ambush by the Spanish Inquisition. The sailors have two options to choose from. The first one is to join the Spanish forces under the command of captain Piet Hyen or die like slaves. Some joined, but others prefer to die like free men and kill themselves. 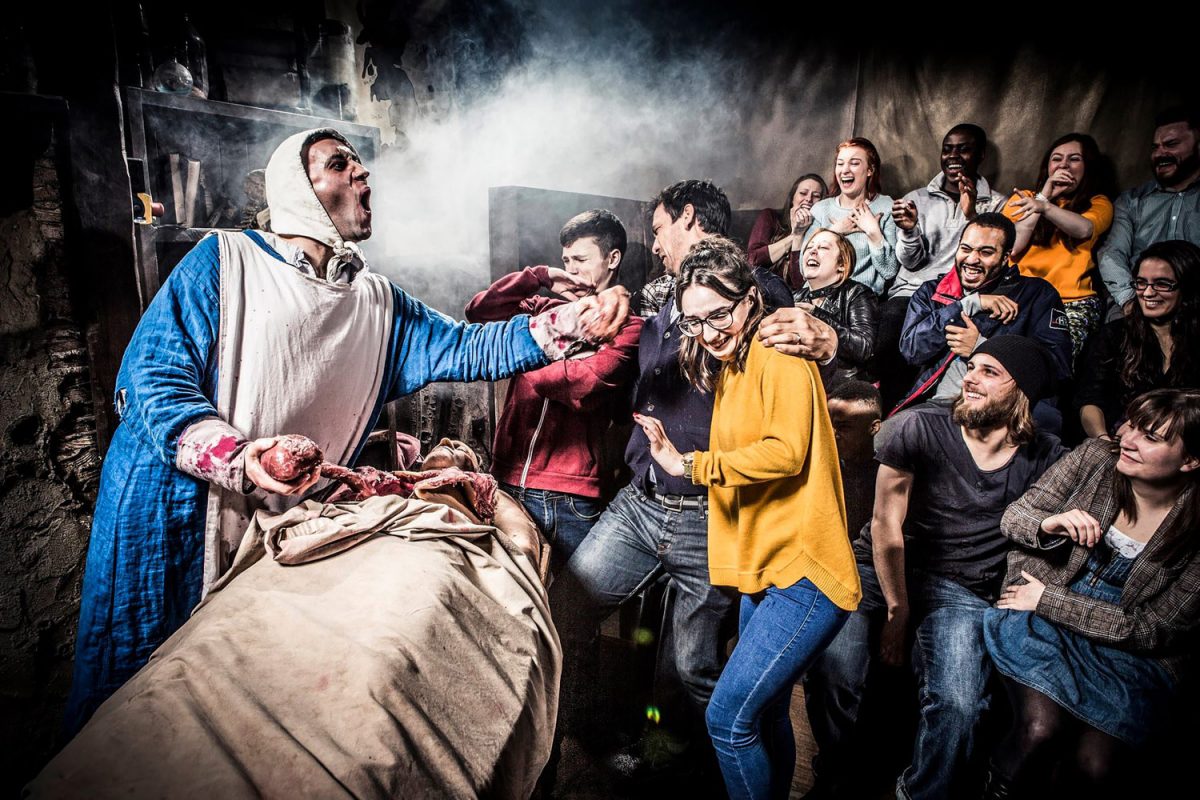 After that, you’re stopping by the ship’s doctor. When you enter the surgery room, the actor who plays the ship’s doctor gives you a “WOW” view of the brutalities of 18th-century field surgery at sea. A picture that most of today’s doctors will not be able to believe.

The Council Of Blood 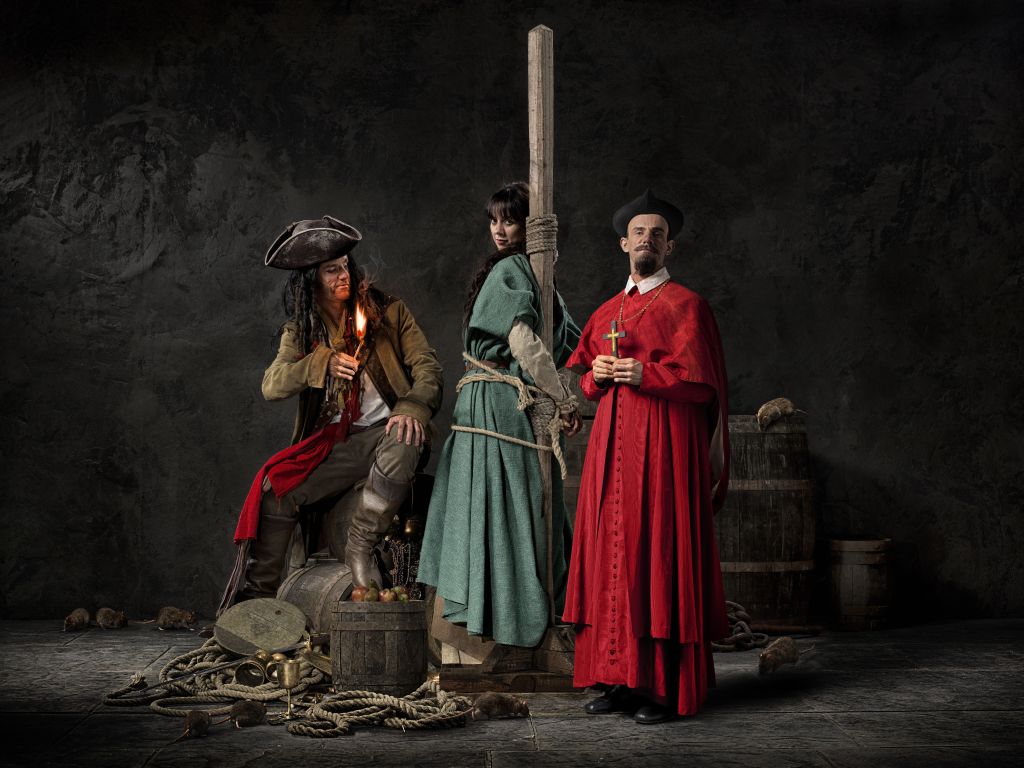 The fourth on the list of adventures is the Council of Blood. This spectacular show gives you a look at the horror and dread that the Spanish Inquisition brought to the Netherlands in the 16th century. Something that absolutely, we will make you keep your breath for a while. 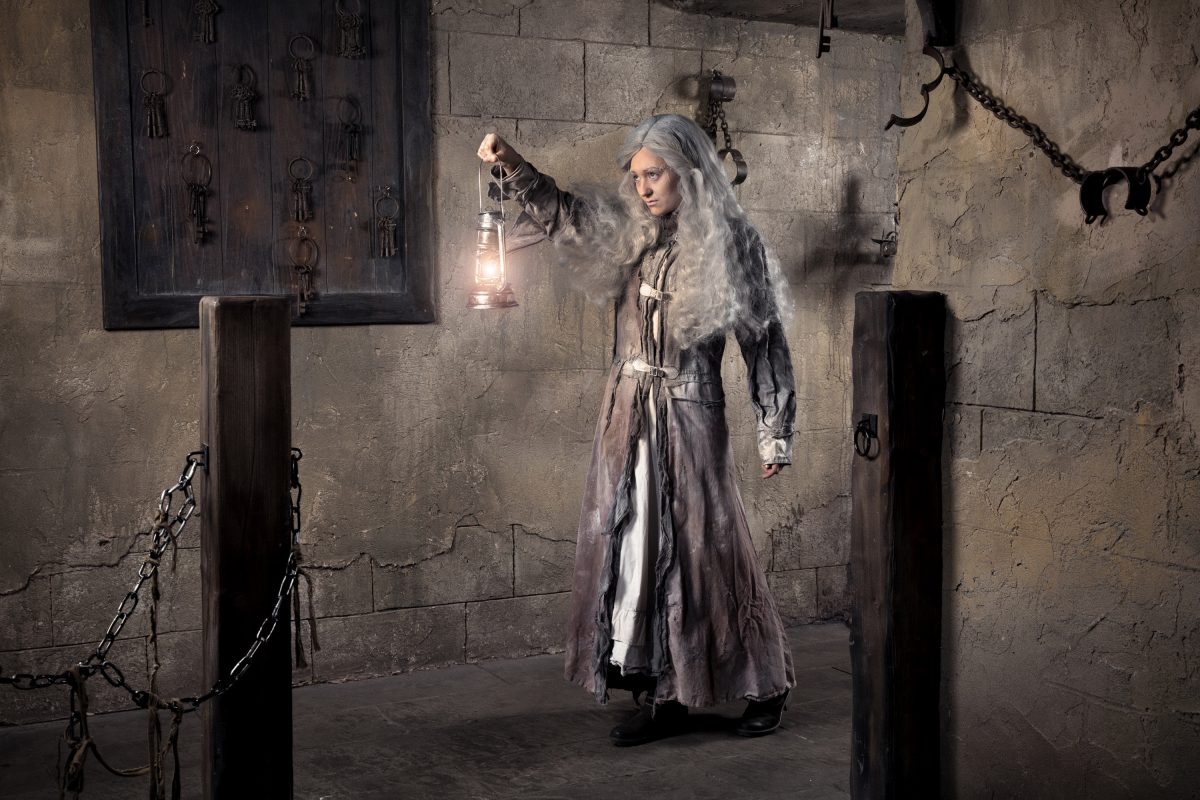 The Council of Blood followed by witch stories. Here, you will be able to witness through the special effects the story of a woman that many people thought was a witch. She was brutally tortured and ended burning at the Dam Square. Witch or not, we might never know the truth.

The Labyrinth Of The Lost Amsterdam

Coming close to the end we stop by the Labyrinth of the Lost Amsterdam. It represents a mirrored maze full of terror, themed around the winding, disorientating streets of Amsterdam. The Labyrinth will make you bewildered and lost. 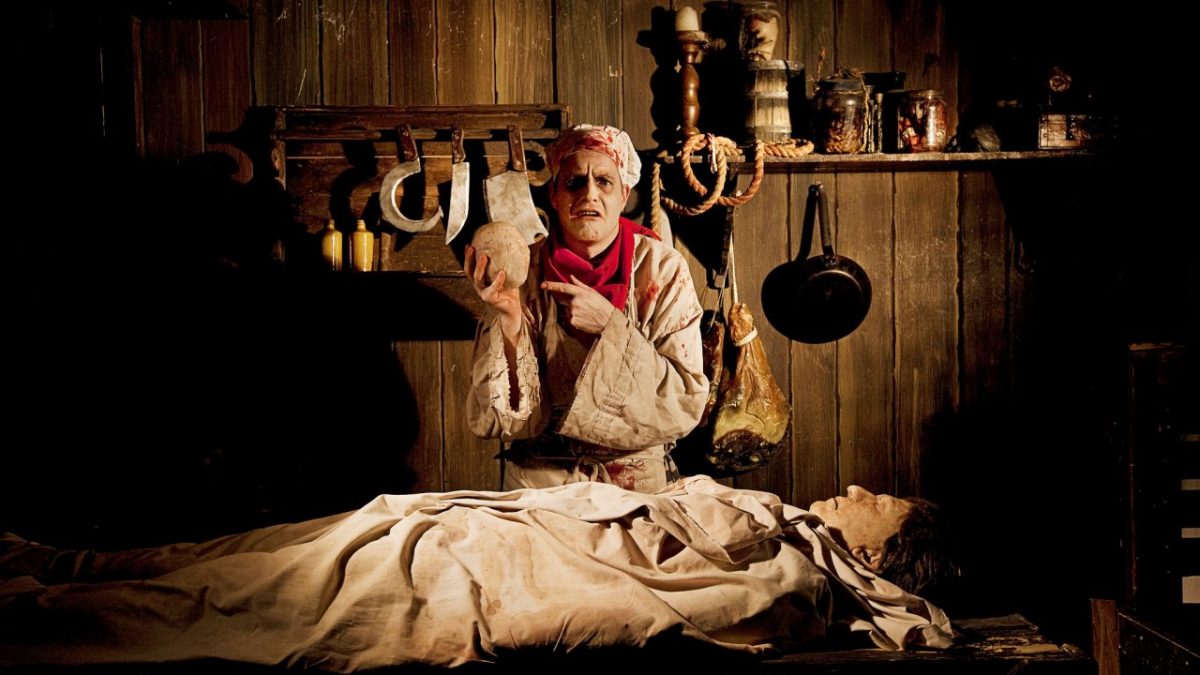 Before the final show, you will be able to glimpse at the tremendous and terrifying plague that killed millions of people. You will witness a recreation of the Amsterdam streets where the disease took the most significant amount of tolls. 1664 was the year that was devastating for the people who lived on the streets. That’s because in the following year there weren’t so many people on the roads anymore.

A Ride With The Grim Reaper 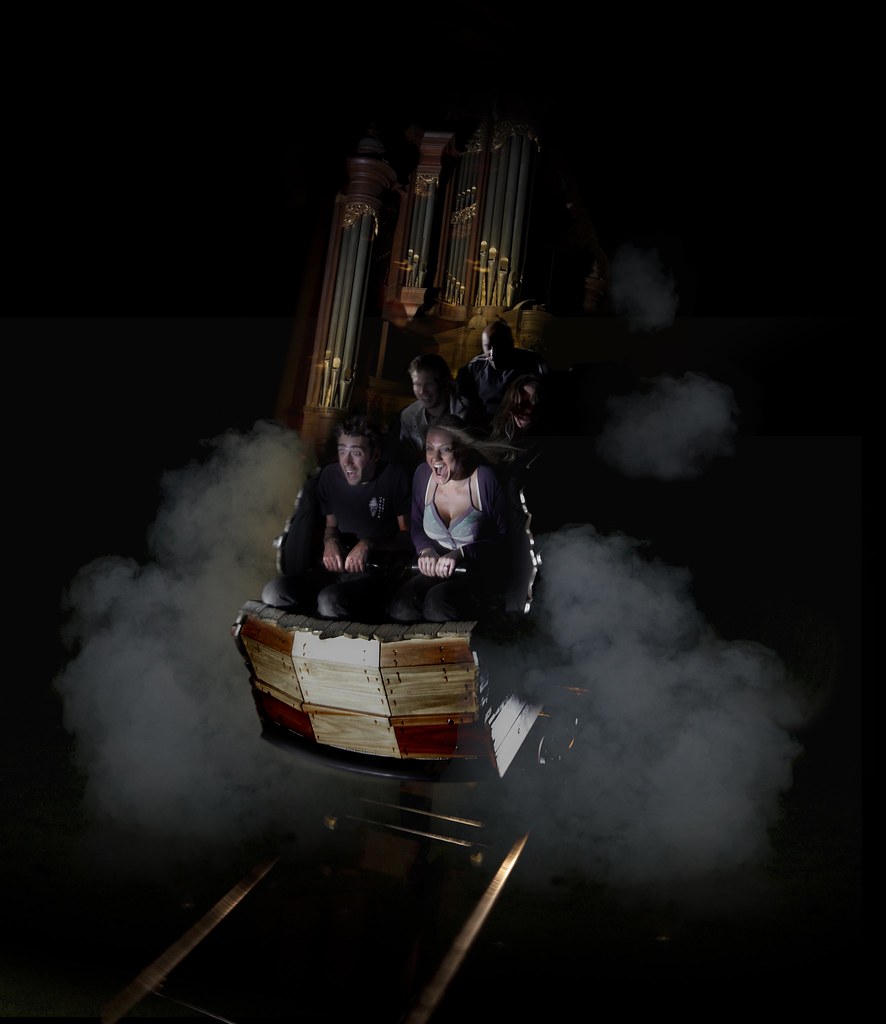 And finally, we are taking a roller-coaster ride with the Grim Reaper. The journey, which is focused on the Grim Reaper legend, takes you to a final Dungeon experience. This one last trip is where you will be able to fully immerse into the incredible splashing effects of the Amsterdam dungeon. Unfortunately, the roller-coaster has been closed since 1 May 2014 and will not reopen.

If you’ve been to the Netherlands, especially to the Amsterdam dungeon, give your honest opinion in the comment section below. We are excited to hear your thoughts on this incredible experience.