Sink your toes in silky white and golden sands at some of the most beautiful beaches in the Mediterranean!

The Mediterranean’s largest island is a summer hotspot for a relaxing swim or going home with a tan. The shores of Sicily glisten with some of the most picturesque beach scenery in Europe.

Equally as enthralling as the beaches are the striking historical ruins and towering volcanoes. From ancient Greek monuments to beautiful Byzantine churches, Sicily provides a marvelous history lesson during your beach day.

Beaches in Sicily are among the best Italian beaches. In fact, the beautiful beaches of the island are a haven for visitors from all corners of the globe.

Let all your worries melt into the sea and unwind in true Sicilian style!

Pamper Yourself at Mondello 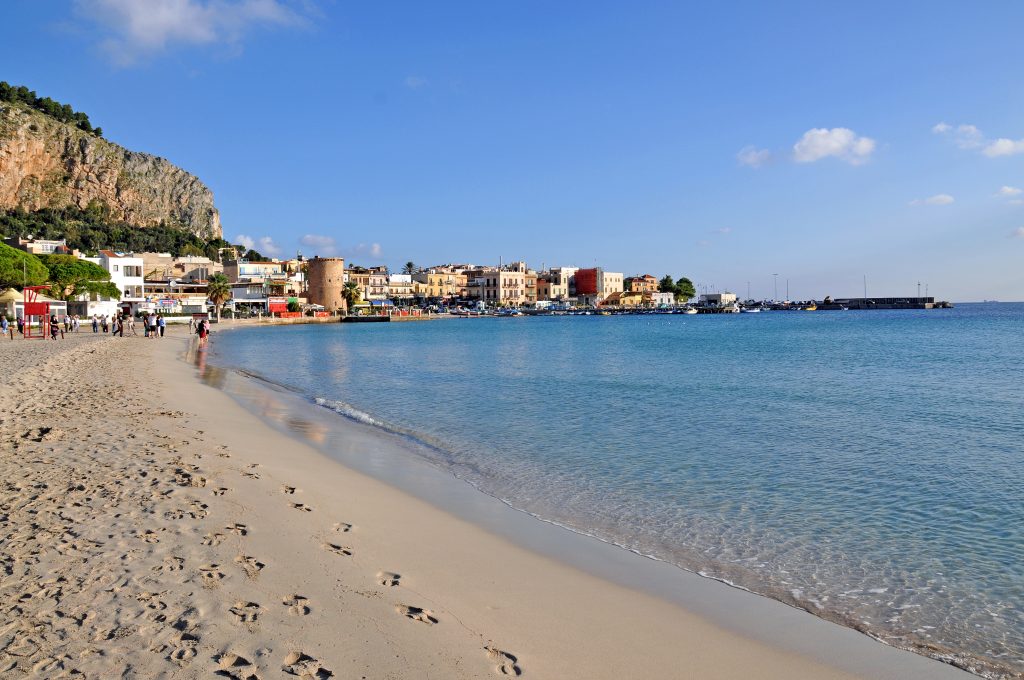 Located just 12-kilometres outside of Palermo, this idyllic beach resort is beautifully decorated with powdery sands and crystalline waters.

A quick 15-minute bus ride will transport you from Sicily’s capital city to one of its most beautiful beaches. Colourful huts and craggy cliffs create an eloquent backdrop to enjoy fun in the sun. Sprawl out on a lounge chair or snorkel in the transparent sea.

Mondello is perfect for the family with facilities geared for the youngsters and fun activities such as pedal boating.

This easily accessible strip of Italian paradise makes it one of the most famous beaches in Europe.

Culinary treats are a stone’s throw from the shore as some of Sicily’s most delicious seafood eateries provide exquisite meals. Enjoy incredible seaside views of boats on the transparent water and rugged mountains in the distance.

Everything you need for a thrilling beach getaway is at your fingertips!

Skip Over to Isola Bella Beach 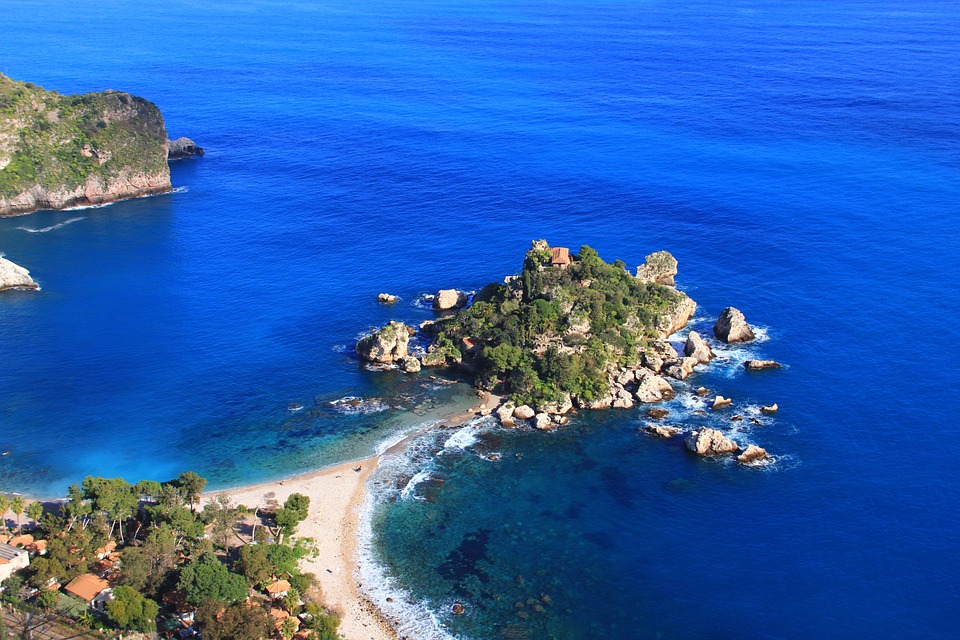 Photo By: hirisflower on Pixabay

Get ready for a heart-stopping adventure to Taormina! Nestled in the northeastern section of Sicily, Isola Bella Beach is a pebbled beach full of astonishing natural surroundings.

Before reaching the beach, enjoy the breathtaking views from the cliffs that overlook the sea. Below, stare at the enchanting coves that provide wonderful swimming pools.

Isola Bella Beach is among the most gorgeous coves and is connected to the mainland by a faint strip of land. Hike to the island or ride the cable car to this heavenly beach scenery.

One of Sicily’s most famous beaches is a pure slice of paradise featuring turquoise waters and rugged hills. The radiant flora and stunning views of the mountainous landscape have earned Isola Bella the title of ‘The Pearl of the Ionian Sea.’

Admire the numerous birds and lizards that call this nature reserve home. Before leaving Taormina, admire the imagery of the intimidating Mount Etna.

Escape It All At Vendicari 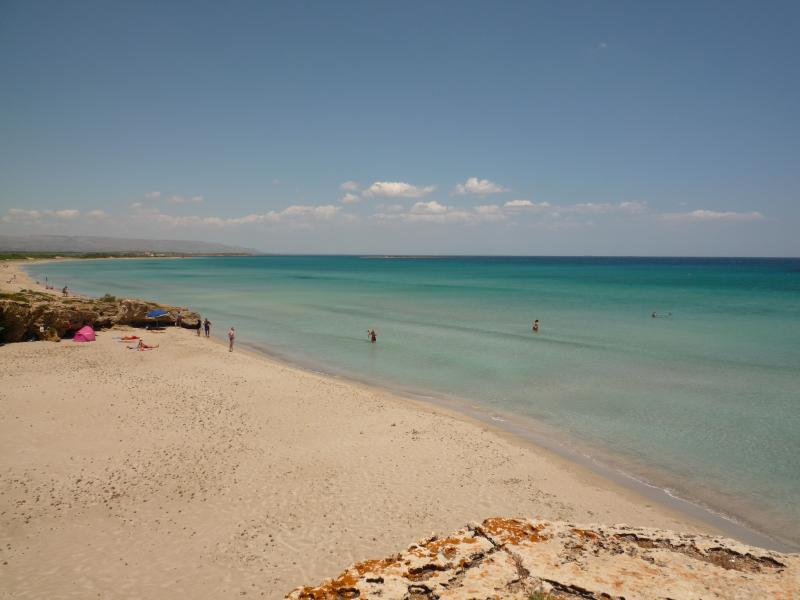 To beat the crowds and feel the bliss of nature, make a beeline to the Vendicari Nature Reserve.

Possibly one of the most secluded Sicily beaches awaits on the southeastern edge of the island. The nature reserve is a treasure for bird watchers as thousands of flamingos, storks, and more migrate to Sicily.

The rocky coastline is teeming with tranquil lagoons, mesmerizing sand dunes, and beautiful flora. Restaurants, bars, lounge chairs, and facilities will be a rare sight.

As a result, Vendicari is glowing with unspoiled nature and offers an aquatic oasis. Marvel at striking cliffs and find a hidden swimming hole at one of the most beautiful beaches around. 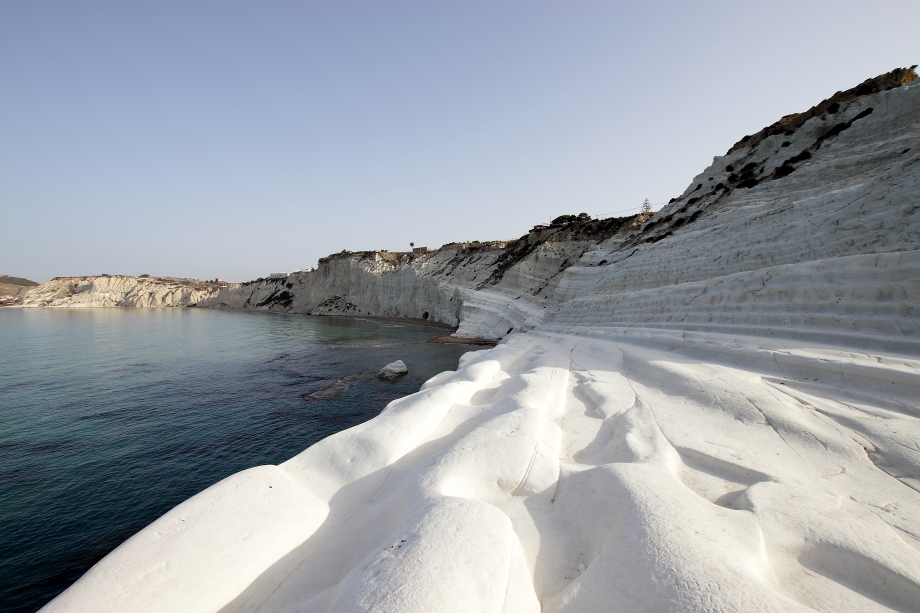 Climb the captivating white cliffs at one of the most spellbinding Sicily beaches. An underrated section of coastline, Scala dei Turchi features a remarkable thrill for adventurers. The rocks create a natural staircase to ascend towards the top and stare out to sea.

Likewise, the deep turquoise waters elegantly contrast against the limestone and white marl background. After soaring to the top of the cliffs, soak your feet in the water for a refreshing cool down.

Check out the view of the spot where pirates use to dock ships before plundering the island. The fascinating history of the Realmonte coast and its unique beach scenery has made it one of the best beaches in Italy.

The sandy coast is faint but ranks towards the top of enthralling Sicily beaches. Gaze at the magnificent shells and quartz beneath your feet.

This miraculous stretch of beach scenery is one of a kind experience that is not to be missed.

A Mesh Of Cultures At San Vito Lo Capo 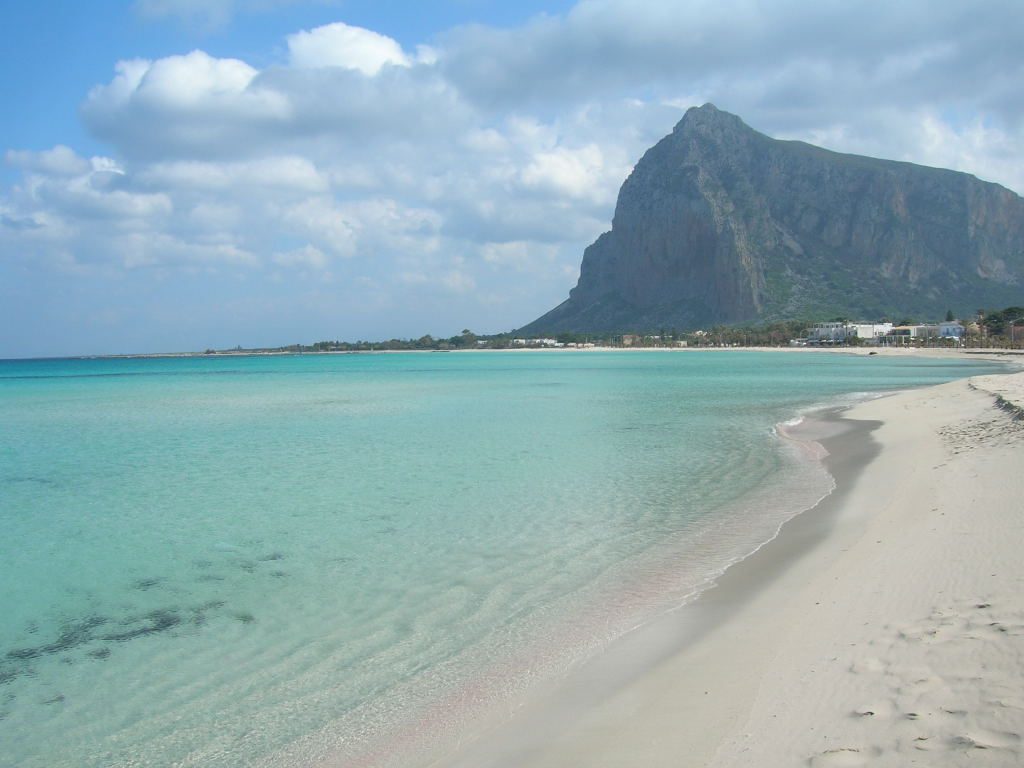 Surveying Mount Monaco, this coastal community boasts one of the best Italian beaches.

Dramatic mountain scenery and palm trees overlooking the fine white sands are a treat for all ages. The charming white-washed houses just past the shore provide a serene beach vacation.

Situated on Sicily’s northwestern coast, San Vito Lo Capo has a vibrant Arab influence. Taste the flavors of the locals by sampling some mouthwatering couscous before lying on the peaceful shores. Quaint cafes and friendly bars offer more tasty treats at this famous beach.

The relaxing vibes are ideal for families seeking a laid back retreat without massive crowds. Thrill-seekers will certainly have an exhilarating time exploring this rock climbing hotspot.

Hop on a boat from the marina for a sailing excursion of a lifetime. Take a crack at scuba diving or paddleboard across the calming sea.

Wherever your tastes lie, San Vito Lo Capo is among the top Sicily beaches to have it all.

The beaches in Sicily are among the most famous beaches across the globe. Crystal clear waters, shimmering white and golden sands, fun-filled activities, and unforgettable nature escapes amaze visitors at every turn.

Eat delectable cuisine and sip on refreshing drinks while you dip your toes into the sand and listen to the crashing waves. In contrast, take a short drive for untouched beach scenery that proudly displays many of the best beaches in Italy.

Although these five hand-picked Sicily beaches each possess their own Sicilian flair, you cannot go wrong with the dozens of breathtaking coastlines on the island.

Pack your beach towel, sunscreen, and get ready for total relaxation at world-famous beaches! 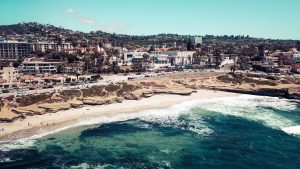