The iconic Howrah Bridge is the pride of Kolkata. Built without using even a single nut or screw, its the oldest bridge of its type. Also, there are no pillars present to support its suspension over the mighty Hooghly river in Kolkata. Besides, it’s also the sixth-longest cantilever bridge in the on the globe. And the most extraordinary fact is that it bears a load of hundreds of thousands of vehicles each day. The number of commuters is many folds higher.

This amazing landmark is known in the entire country and bears the load of a massive commuter count. The actual name of the Howrah Bridge is Rabindra Setu since 1965, though Howrah Bridge is still a prominent alias. But there’s a lot more to this busiest bridge in the world than just the name or design. Read on to know it all.

Where Is Howrah Bridge Located?

The Howrah Bridge is built over the River Hooghly and connects the eastern bank of Howrah and Kolkata’s west bank. It is thus also known as the gateway to Kolkata, in addition to connecting millions to the Howrah train station. It is truly the lifeline of the Bengal state of India, especially between the two cities it connects.

A Glance On The Antiquity Of Howrah Bridge 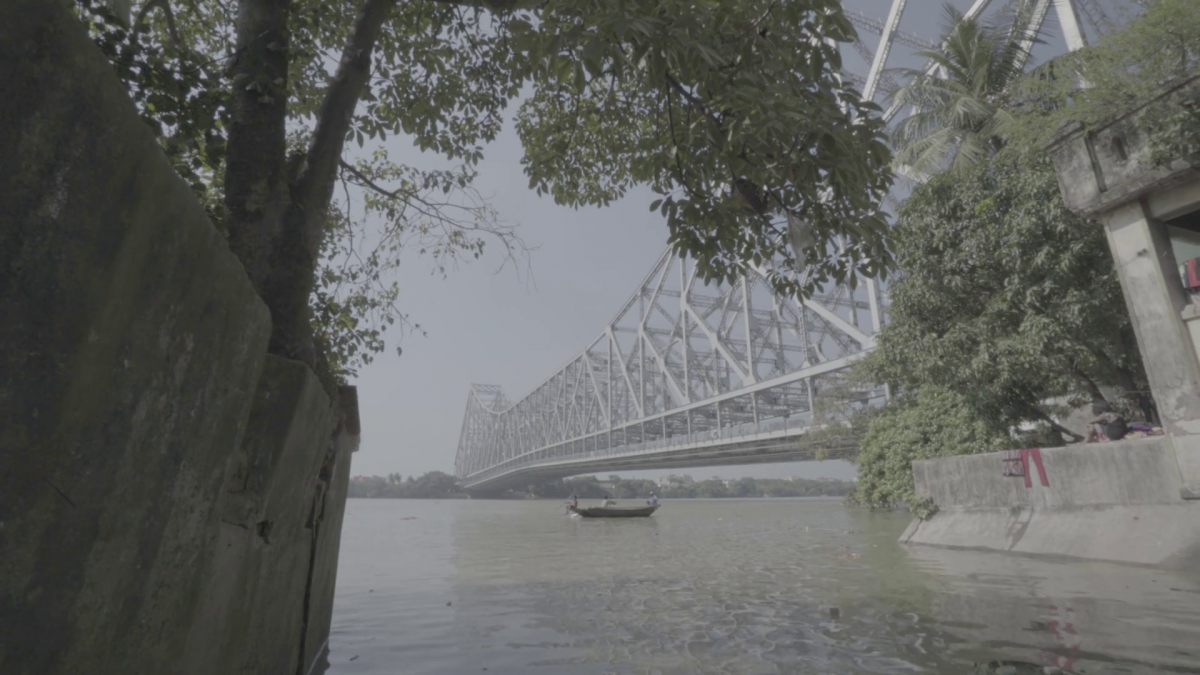 The Howrah Bridge is in place since 1969 and has a glorious past in the east Indian state of West Bengal. However, before the present bridge was commissioned, a pontoon bridge was built back in 1874. But since this bridge had its limitations, a plan for Howrah Bridge was charted out by Britishers for commercial reasons.

The project was assigned to India’s Braithwaite Burn and Jessop Construction Company Limited. About thousand of tons of high-tensile alloy steel was procured from Tata Steel, for the Howrah Bridge. The steel consumed amounts to whopping 8.26,500 tons, during its construction.

It’s interesting to know that the first transports to walk down the aisle here were trams and this went on for many years. However, due to the increasing vehicular traffic, trams were discontinued on the onset of the 1990s. 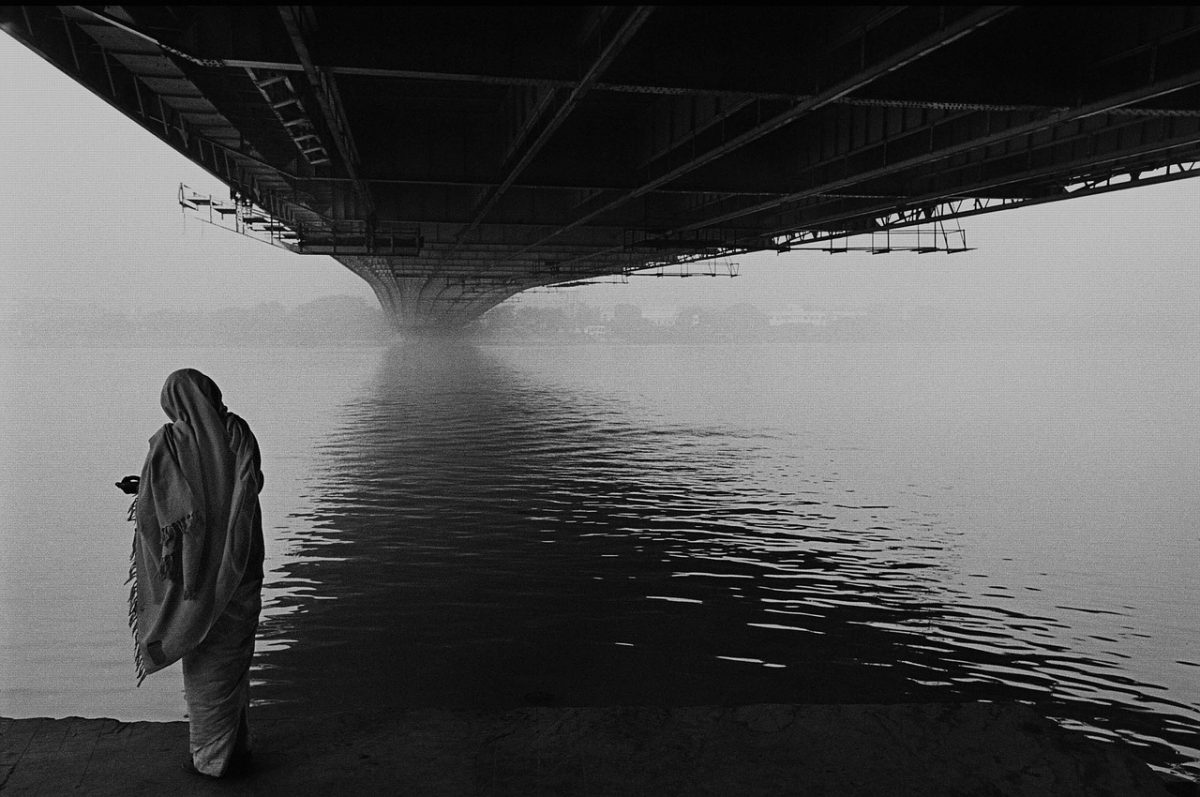 Photo By Safatulla From Pixabay

Besides, in 1965 it was renamed as Rabindra Setu, to commemorate the Nobel laureate, Rabindranath Tagore. Anyhow, irrespective of how revered he is in Kolkata even today, the bridge retains its rustic name – Howrah Bridge.

The bridge also has a great cultural significance for the city residents. Howrah Bridge getting ample screen space in a number of Indian movies is one fine specimen.

Things To Do On Howrah Bridge

Here are some interesting things to do when you are visiting the Howrah Bridge.

Stroll On The Gigantic Howrah Bridge 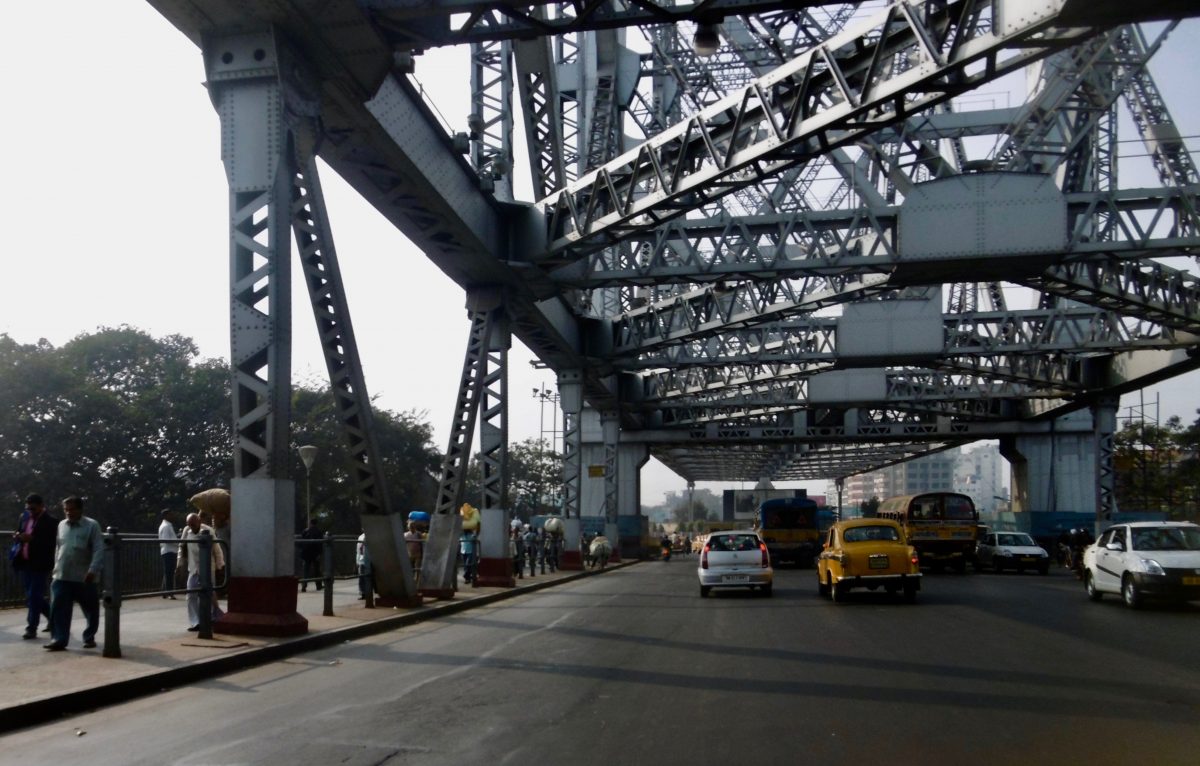 The best way to relish the magnanimity of this structural delight is to take a stroll on the pedestrian lane. Walk-in peace, and observe the life of daily commuters rushing through the dense lanes. In case you don’t feel like spanning the long length of the Howrah Bridge, you can easily hire a cab.

Hire A Ferry Or Cruise 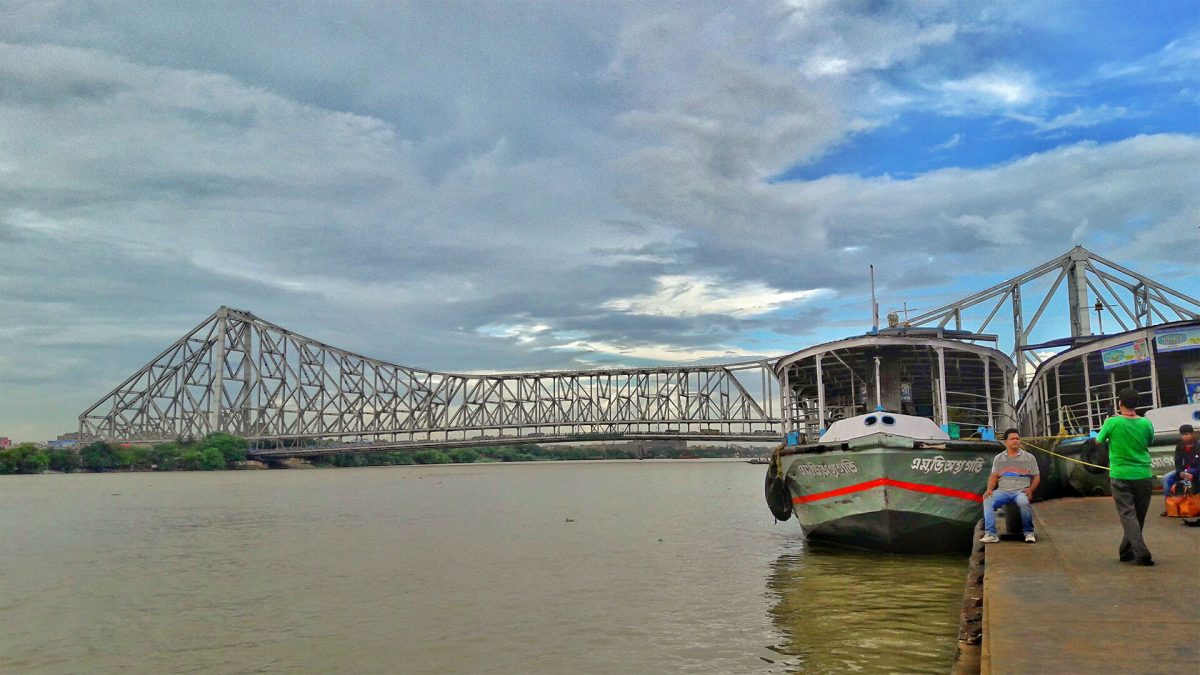 One of the best ways to explore the bridge is traversing the waters of the great Hooghly river. This will be even more pleasant if its the evening time, as the sight will look even more charismatic. As your ride passes from under the Howrah Bridge, you’ll feel the magnanimity of the structure by leaps and bounds. Plus, you can get some astonishing shots on your camera.

Relax On The River Side 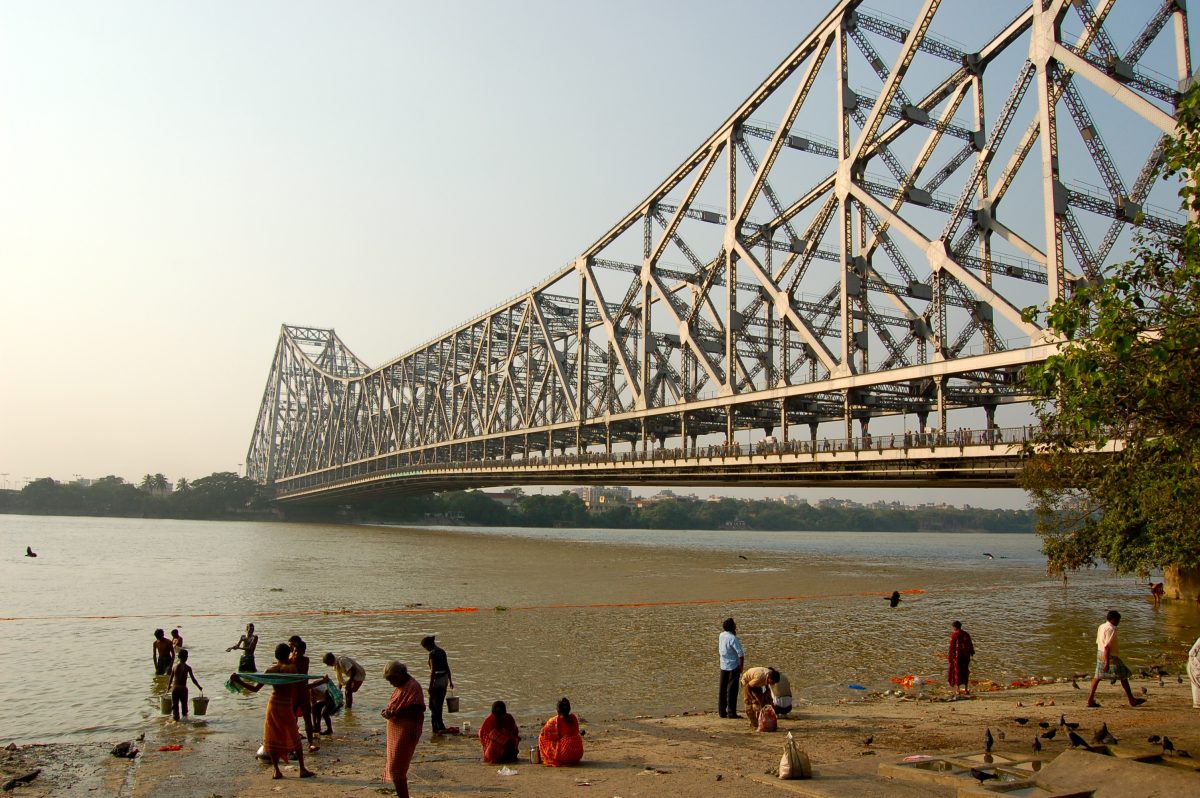 Though not too neat and chic, the riverside embankments, called ghats, are a great place to spend some quiet time. This will also be a chance for you to have a closer look at the local life if you fancy doing so. For best views, the flower market and the Princep Ghat are good choices. 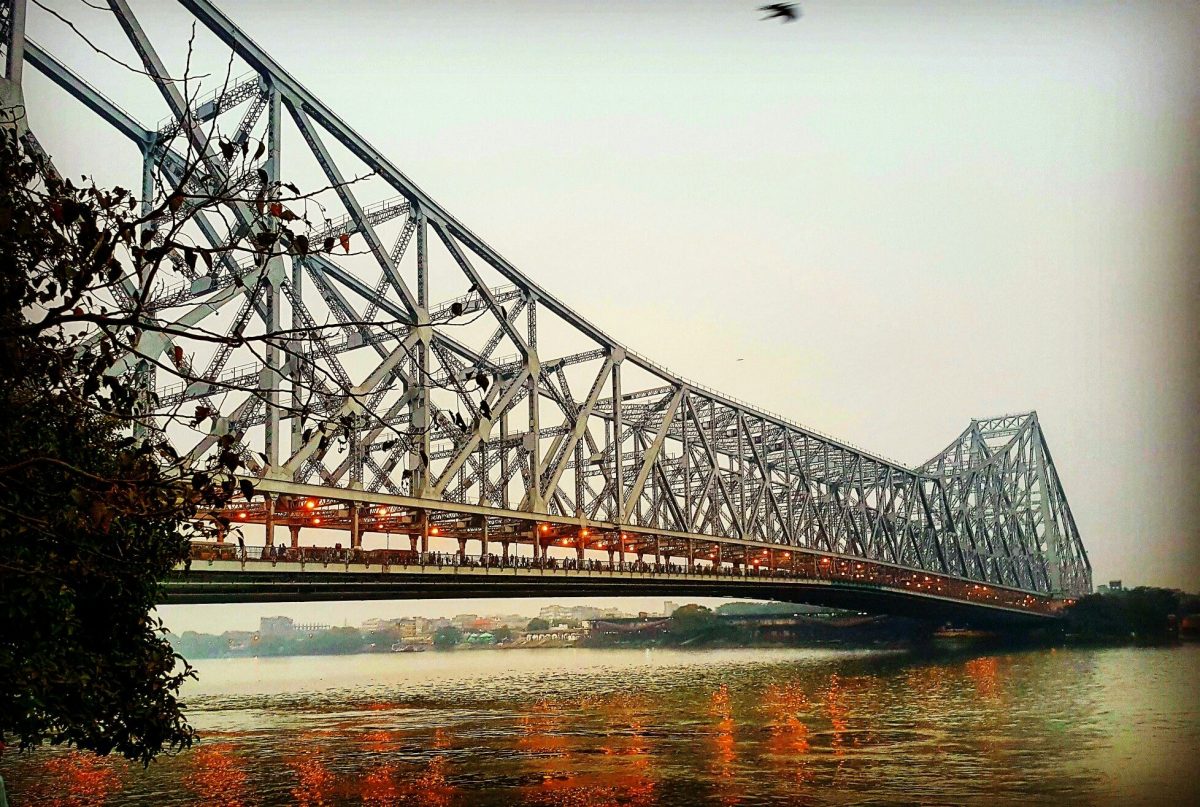 To start with, the Howrah Bridge is a cantilever bridge, with no screws fastened or drilled. So if you are wondering how, steel rivets have been put in place to do the biding. These are better known as cantilevers and the structure is projected into free air, with support only from one end. 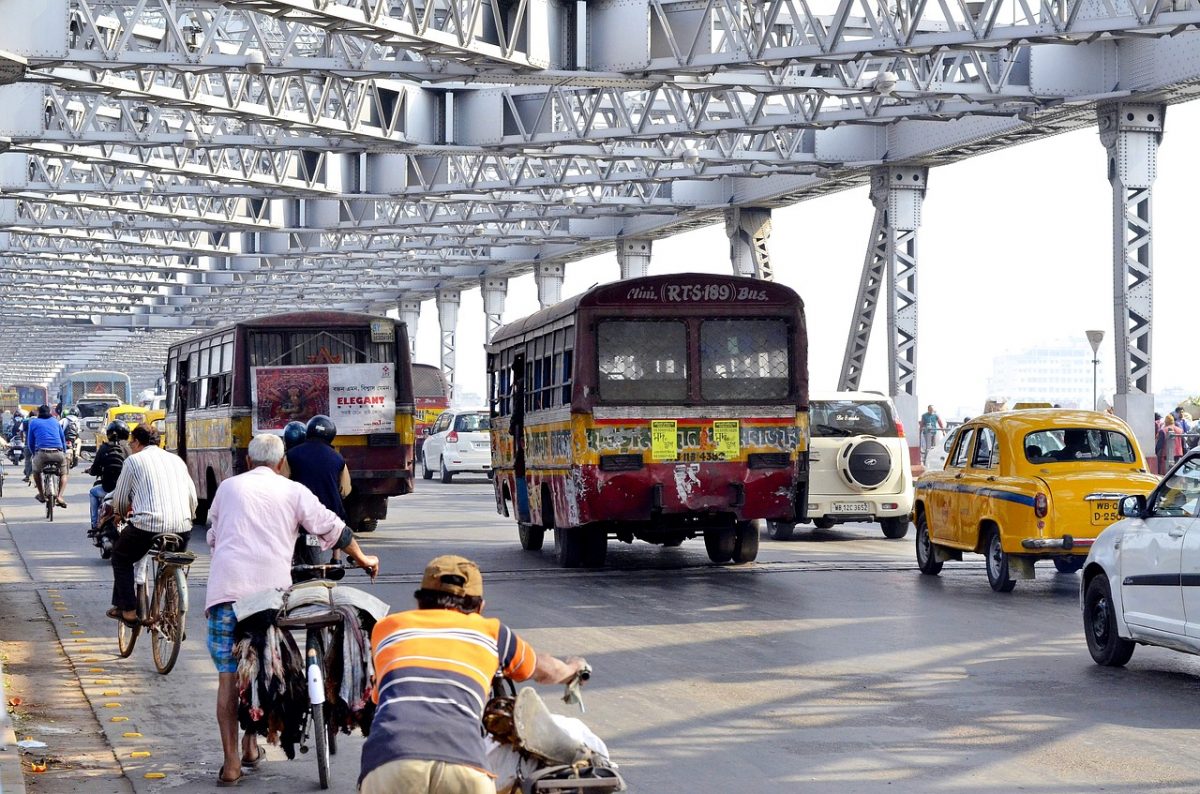 Photo By Travelphotographer From Pixabay

This magnificent bridge spans a length of 1528 feet and is 62 feet wide. There’s a separate path for pedestrians which are almost 7 feet wide. It is supported by two enormous piers, which rise about 90 meters above the vehicle passage.

The roads have been divided into eight lanes, for seamless transit of goods, vehicles, and people. It is said to have a load-carrying capacity of around 60,000 vehicles. However, it’s doing a great job with over 90,000 vehicles bridging the gap between Howrah and Kolkata daily. 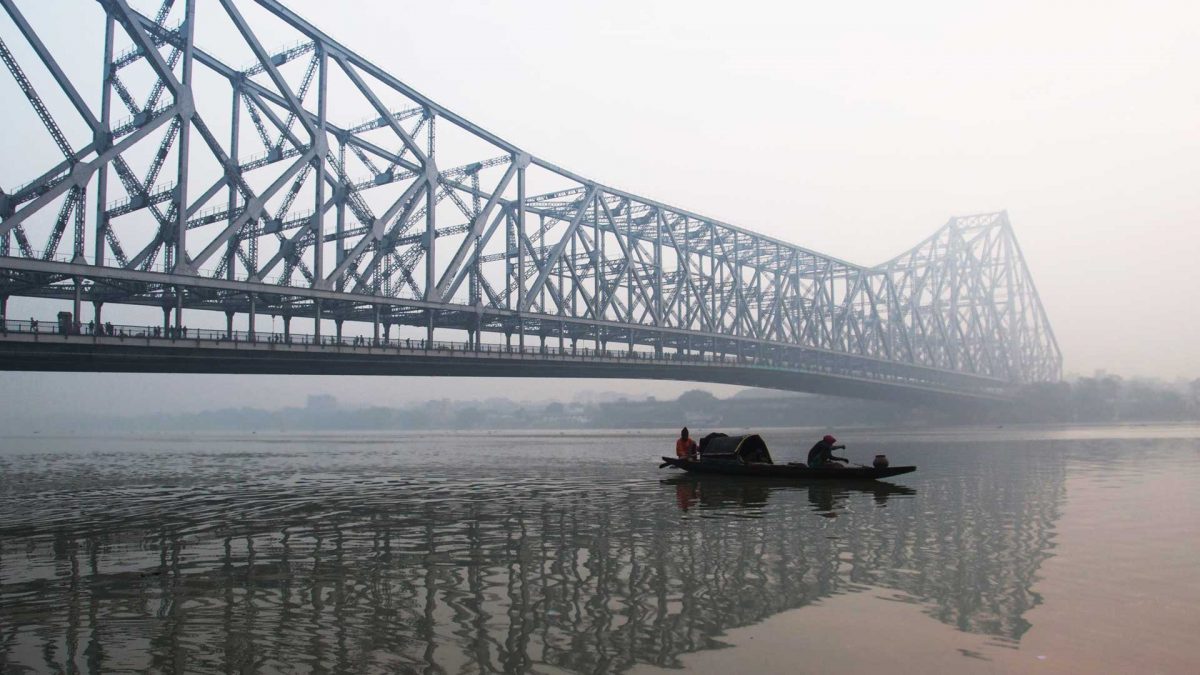 Any day is a good day to step foot on this mighty cross over. However, make sure to visit the site both during the day and night. During the day, you’ll get to view the conundrums of the city locals. While at night, the fully lighted bridge is a sight to behold.

Moreover, dawn is the best time to be here, as that’s when the bridge will have the least crowd. Besides, you can also plan your trip around some famous Bengali festivals, Duga Pooja shall be on top of your list.

How To Reach The Howrah Bridge? 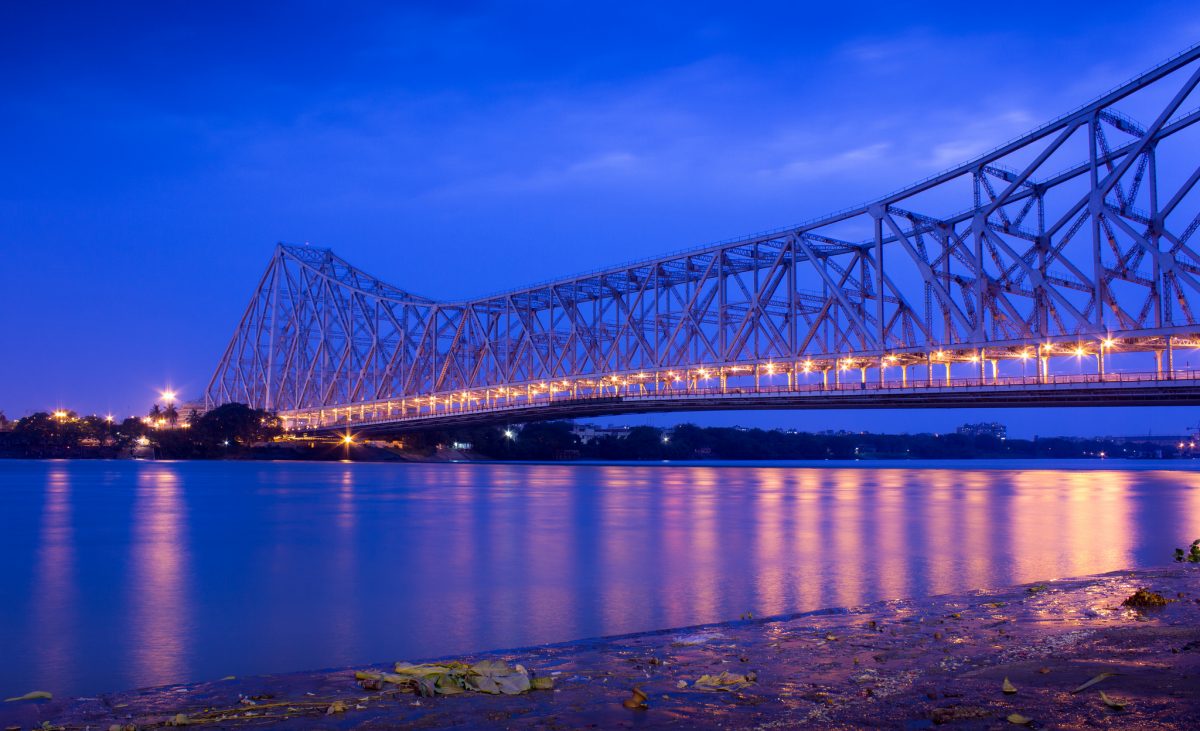 You can reach here from all corners of the city, via a car or bus. If you are traveling by train, the Howrah Station is at a stone’s throw from Howrah Bridge. The best way to explore this engineering masterpiece is to ride or walk on the bridge, from one end to the other.

Alternatively, you may also hire a boat from the Howrah dock near the Station, and glide across the river Hooghly and underneath the Hawra Bridge. Moreover, this way you’ll be able to traverse many more spots along the river bed.

If you talk of Kolkata bridges, they are four in number, namely Vidyasagar, Vivekananda, Nivedita Setu apart from Howrah Bridge. But the charm of Howrah Bridge remains hard to beat. The bridge is being managed by the Kolkata Port Trust, and they are taking multiple measures to ensure the longevity of the structure.

For instance, they’ve installed fibreglass covering on the bridge base, as it was corroding by constant exposure to bird droppings. Not to mention, it also cradles the feisty waters of Bay of Bengal, which is at their climax during high tides.

Howrah Bridge must definitely be on your itinerary if you are traveling to Kolkata. So when are you planning to view this amazing historic marvel?