Ireland is a wonderful country with a rich history which is reflected in the various castles spread across the nation. Blarney Castle is just one of the many marvels in Ireland. If you’re in the country and have time to spare, you should definitely check this out!

Blarney Castle is surrounded by nature, but what’s more impressive is how well-maintained the castle is. Before you head on to this place, you have to know a few things beforehand. For instance, kissing the blarney stone is a traditional and a rather touristy activity to this day.

Blarney Castle is near the southern Irish city of Cork and a mere half an hour drive from it. The castle has a rich history which is quite fascinating. Visitors of Blarney Castle can take part in various activities around the grounds while getting to know the history of the castle. One can also marvel at the many outdoor sites and ponder on its historical significance. So if you’ve ever fancied visiting an actual castle, you might want to give Blarney Castle a go. But before you do, here is a useful guide about this interesting tourist attraction:

Things To See and Know About Blarney Castle

The Blarney Castle is more famous for the Blarney stone kissing tradition. This piece of limestone is located in one of the castle’s towers and dates back to 1446. You will have to walk through claustrophobic spaces and stairs to reach it. According to locals, anyone who kisses the Blarney Stone will be bestowed with the gift of eloquence.

So before you decide to give this ancient stone a big smooch, think of the fact that millions of other people have also kissed the stone before you. Are you comfortable with that? If you’re fine with that, then be ready to kiss the stone upside down! According to tradition, this is the proper way to kiss the stone if you truly wish to be gifted with eloquence. You shouldn’t worry about anything though because one of the castle staff will help you out and guide you through the process.

If not, there’s still a lot more to see and admire around the grounds anyway. 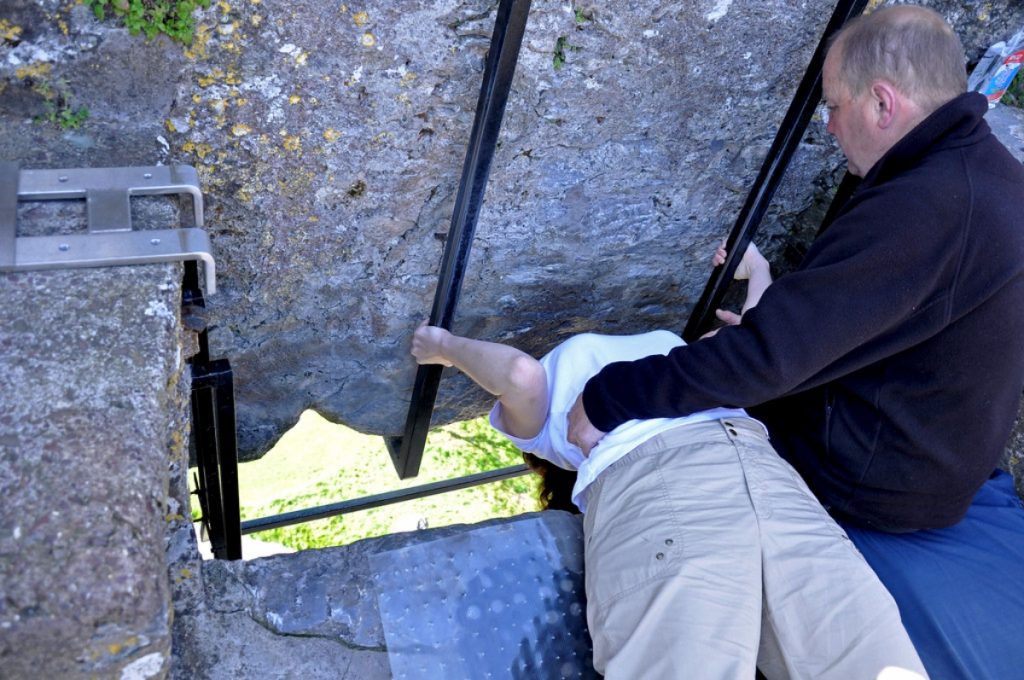 The castle grounds, being as majestic and beautiful as the rest of the castle, also boasts of a rather unique area. The Blarney Castle Poison Garden is a garden that is full of dangerous and poisonous plants, a majority of which are kept in cages for safety reasons. 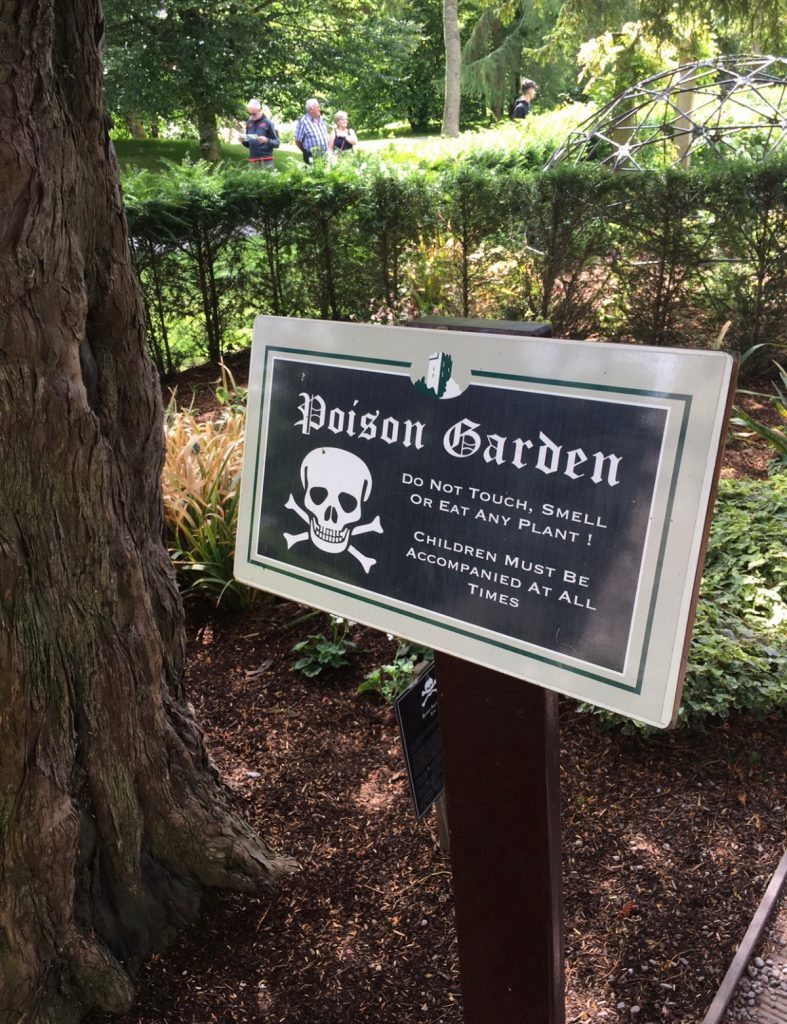 Photo by JHawk88 on wikimedia.org

Plants from across the world such as Wolfs bane, Mandrake, cannabis, opium, and ricin, among others, are found in enclosures around the garden. The signs outside the cages showcase the scientific names, as well as modern-day uses of these plants. Whilst it might frighten you to visit such an intimidating and a rather dangerous garden, a visit to this area is certainly educational.

Additionally, the plants present in the garden have been there for decades and were even used in ancient medicine. But, most of them have only recently been classified as dangerous. If you’re interested, do enter at your own risk!

The Blarney Castle grounds are full of natural beauty as well as unique flora from around the world. Strolling through the gardens, you can see the various species brought in from all over the world, especially in the Poison Garden.

Moreover, there are also structures such as bridges, mini waterfalls, and fountains to further accentuate the beauty of the castle grounds. The Himalayan Walk displays over 70 species of plants brought in from across the world!

The infamous murder room inside the castle is named so because of a “murder hole” in the floor. In ancient times, defenders of the castle used to hurl dangerous objects and even boiling hot liquids at enemies attempting to infiltrate the castle through this hole. 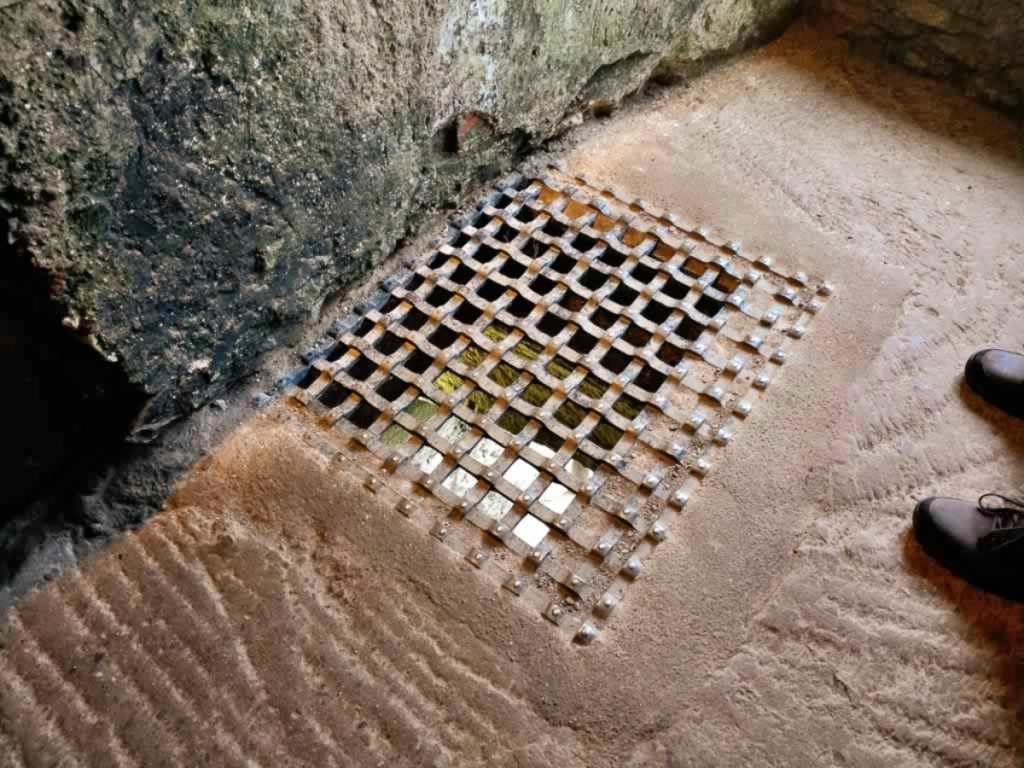 Thus, the room came to be known as the Blarney Castle Murder Room. The murder room is just one of the many rooms in the castle you may find interesting. It is, however, good to know that the castle has no timepieces as most rooms have been stripped of any.

The Seven Sisters Garden has interesting historical importance related to the King of Munster. According to the story, the King had 9 stones erected in the garden, one for each of his children. However, the king lost his two and only sons in a battle and had two out of the nine rocks knocked over, leaving only the seven sisters’ stones standing. 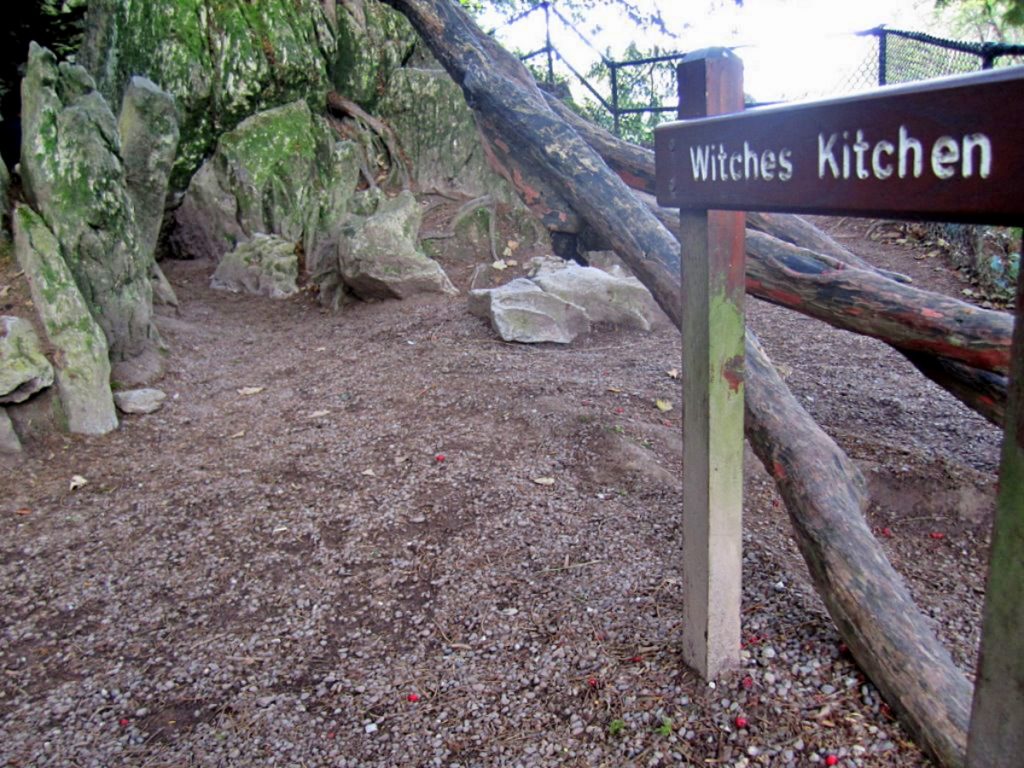 Rock Close is a particularly medieval-looking part of the grounds that is more of a natural and artistic location. It is a subsection of the castle grounds where a number of caves and stone boulders are located. It is said that some of these caves were once the homes of witches in the area. Rock Close has a certain mysterious ambiance which makes strolling around all the more exciting!

Descending from the Rock Close area, the Wishing steps have their own importance and make for a fascinating location. The aesthetically pleasing stone steps have a legend attached to them just like the Blarney Stone. As per legend, if you walk up and down the steps with your eyes closed, you can wish for something which may come true.

Because of the tranquil setting of the lake present on the grounds, you can also have some peaceful time walking around the lake. If you’re tired, you can sit along the banks and enjoy the view. The lake only increases the medieval fairytale look of the Blarney Castle and gives it the kind of serenity that city people crave for.

How long do you need to explore Blarney Castle? 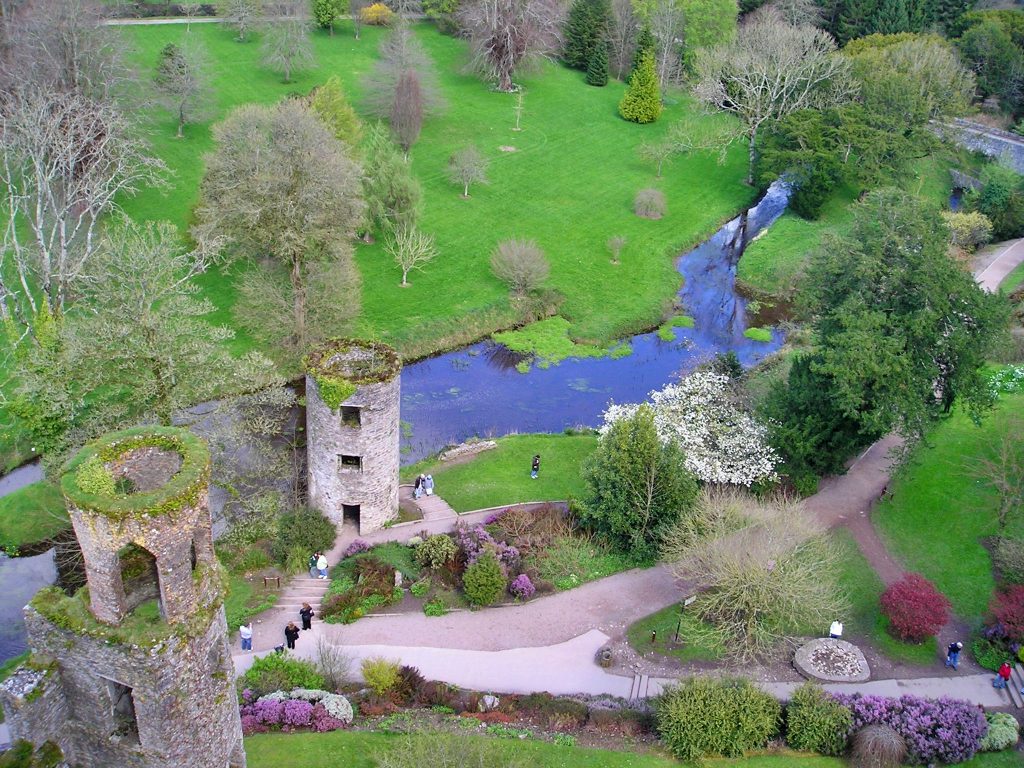 Photo by Thesteve on wikimedia.org

Ideally, the castle is a one-day trip and lies a meager 20-30 minutes from the city of Cork. At most, you can explore the castle and grounds within three to five hours. However, if you wish to wish to spend longer for a day-time picnic, it is entirely up to you to see how much time you would spend.

The castle grounds also has a café in case you get a bit hungry but it would be a good idea to have something before coming either way. You can check out the official site for more specific instructions on how to get here: https://blarneycastle.ie/pages/plan-your-visit

You can also book your tickets in advance to escape the on-site bustle on a potentially busy day: https://blarneycastle.ie/tickets

Additionally, it is also a good idea to enquire about opening and closing times before visiting as they may change their schedule, depending on the weather. More details and enquiry contacts are present in the official site link above!

While you’re in Ireland, make a stop at the Jameson Distillery!