Valencia is a beautiful Spanish city located on the East Coast of Spain. It is a place where visitors can enjoy classic Spanish architecture, delicious food, and Mediterranean coastline. It’s one of those cities that seems to have it all.

As the third-largest city in Spain, Valencia has always attracted visitors. The local Valencian people have a strong heritage and a lot of pride in their city as well.

There are many time-honoured traditions and things to do in Valencia. For example, the well-known Spanish dish of Paella originates from Valencia. The city also hosts the annual festival called Fallas, one of the most unique festivals in the world.

Another thing that makes Valencia special is its mix of modern and ancient architecture. Throughout the city, you will find medieval structures alongside modern art deco buildings. When traveling around Spain, be sure to make time to enjoy the many interesting things that Valencia has to offer.

Top 10 Amazing Things To Do In Valencia

A trip to Valencia deserves at least 3 days to truly experience its many landmarks. It’s best to take Valencia at a slower pace, since some of the best things to do in Valencia are to enjoy the beaches and city parks.

At the same time, Valencia is full of sightseeing and historical points of interest. Read on to understand the best things to do in Valencia. 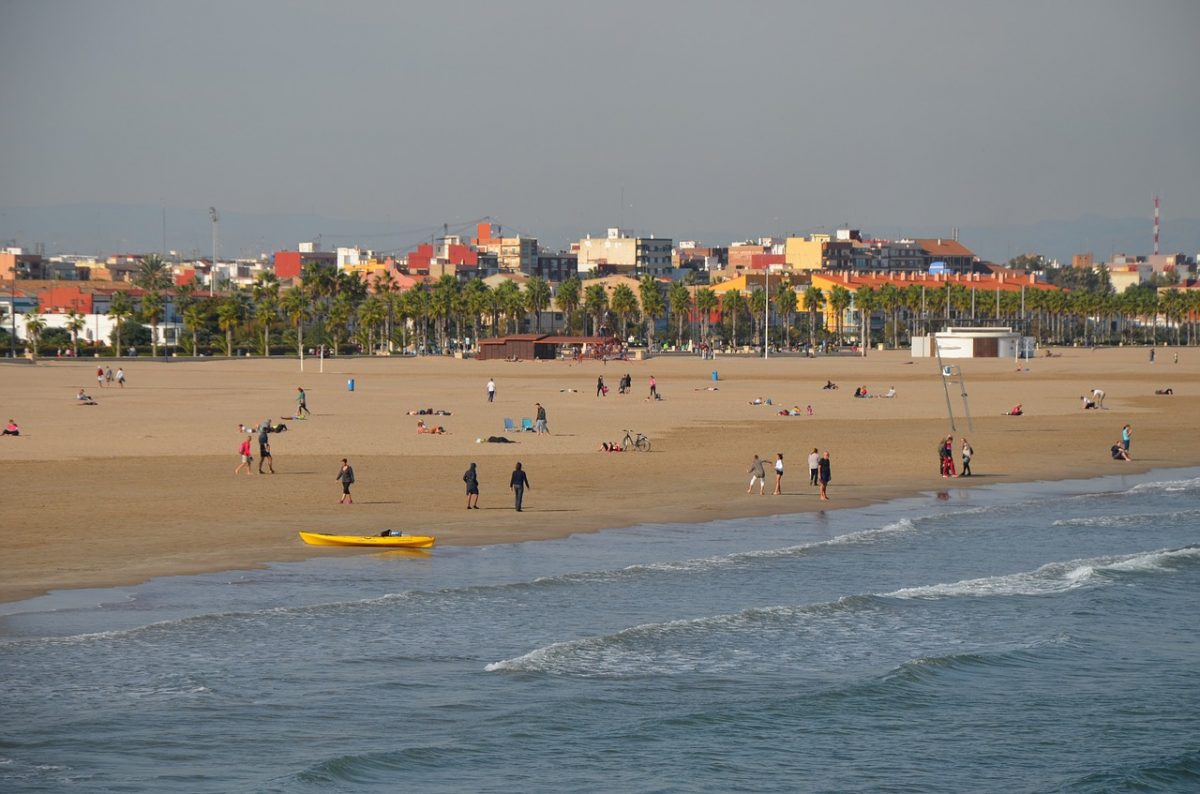 If you’ve ever wondered about where Valencia is, you may have noticed that it is located directly on the coast. This makes it very easy to get to the beach from the city centre. There are long stretches of sandy beach right on the Mediterranean coastline.

One of the best Valencia Spain beaches is Malvarrosa Beach. It’s the main beach for the city with fine sand next to the beautiful Mediterranean Sea.

The Paseo Maritimo is a developed promenade where tourists and locals can jog, bike, or simply enjoy the seaside atmosphere. There are many restaurants along this beach, which provide the perfect setting to enjoy the traditional dish of Valencian Paella.

In other parts of the coast, you can find unspoiled and tranquil beaches where you can relax and swim in the Mediterranean waters.

Photo by Themil from Pixabay

The classic Spanish dish of Paella originated in Valencia. Locals consider Paella one of their identifying cultural symbols.

Rice is the basis of the dish, and there are 2 distinct recipes Paella that are quite traditional. Traditional Valencian Paella is made with green beans, butter beans, and meat.

Perhaps the most famous Paella recipe is the version with saffron rice and seafood which usually features mussels, clams, and large gambas.

Traditionally, the dish is prepared over an open fire until the rice is cooked through. The best chefs leave it to cook a bit longer to develop a delicious layer of toasted rice on the bottom of the dish.

One of the best places to sample the delicious paella in Valencia is at one of the restaurants along the beach. 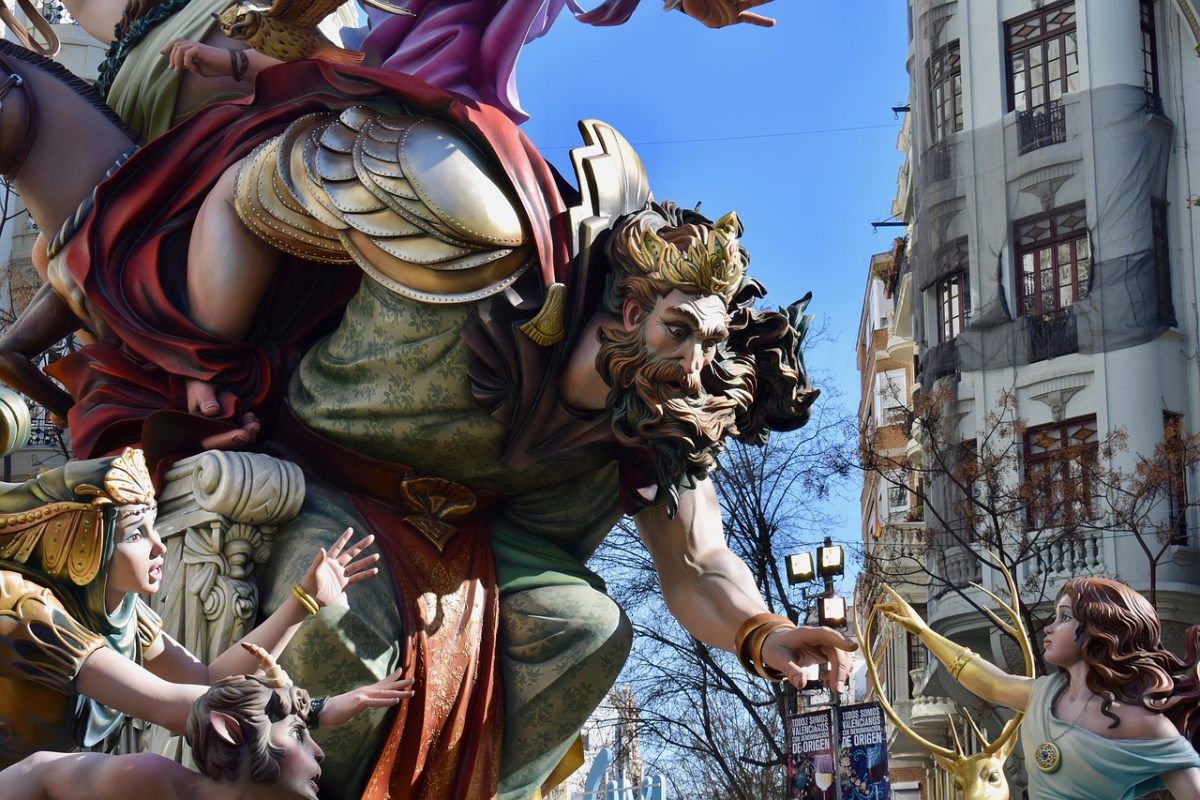 Photo by Rubén M. i Santos from Pixabay

The annual Fallas festival in Valencia has to be seen to be believed. It is one of the most eclectic festivals in Spain. The entire city usually shuts down and takes to the streets for the exciting festivities.

The annual Fallas celebration in Valencia is one of the top festivals in the world. For 5 days, the city celebrates its time-honoured tradition.

There are different neighbourhoods throughout Valencia called ‘Fallas.’ These are a tight-knit community of generations of people. Even the younger people who may have moved away from Valencia return every year for a reunion during the festival of Fallas.

Throughout the year, the various neighbourhood clubs work on elaborate sculptures. These can be extremely complex, towering up to 20 meters into the air. They are on display throughout the Fallas week, and the locals love walking around the city taking a look at the different sculptures that have been built. In a culmination of the Fallas week, the sculptures will be burned and the clubs start preparations for the next year.

Another part of the festival that is seemingly disconnected from the other traditions is the use of fireworks. People both young and old walk around the city exploding loud firecrackers. Every day at 2 pm, the city hosts a firework session called mascleta in the huge city square in front of the town hall. It’s standing-room-only at this exciting event.

The Religious Aspect Of Fallas

Another part of Fallas is the religious aspect and traditional parades. From birth till death, the women and men participate in this special parade where they wear Victorian-era clothing.

The women wear long Victorian dresses, traditional headpieces, and antique shoes. The men are dressed in Victorian outfits as well.

Participants in costumes parade through the city, which culminates with the women placing a bouquet of roses at the foot of a large wooden sculpture of the Virgin Mary. By the end of the weekend, the structure is covered with flowers. It’s very common for the locals to weep as the whole ceremony is very emotional.

The Valencia Cathedral And The Holy Grail 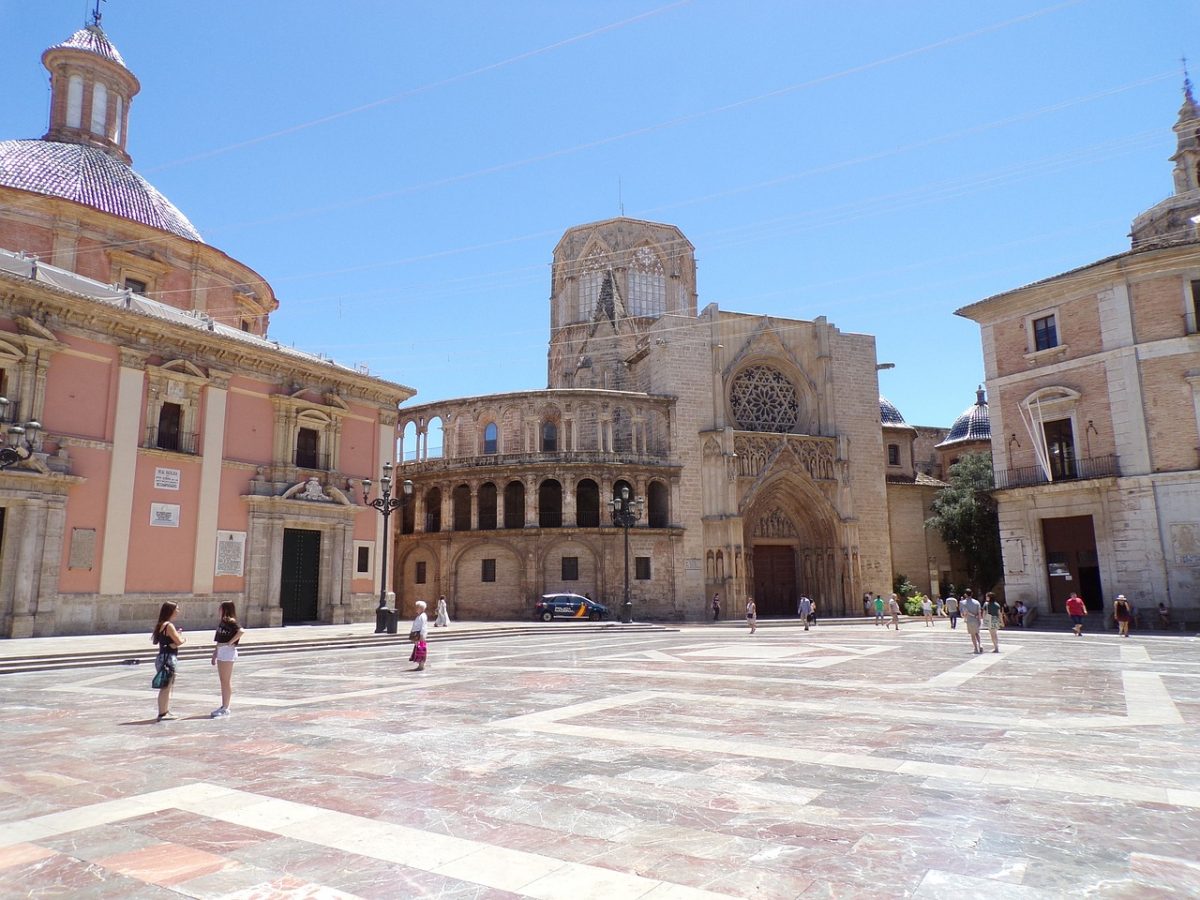 Photo by Andrea Castello from Pixabay

You can climb the spiral staircase of the Miguelete bell tower. From the top, there is a great view of the city, the seafront, and the local countryside. There are also 2 paintings by the famous Spanish artist, Goya located in the side chapels of the cathedral.

Legend has it that the Holy Grail, the cup that Jesus drank out of at the last supper, is stored in the Cathedral of Valencia. However, Valencia is not the only city that makes this claim to fame. Whatever the truth is, we may never know. However, it is still an exciting experience to view the beautiful legendary cup on display in the cathedral.

Biking Along The Turia River Bed 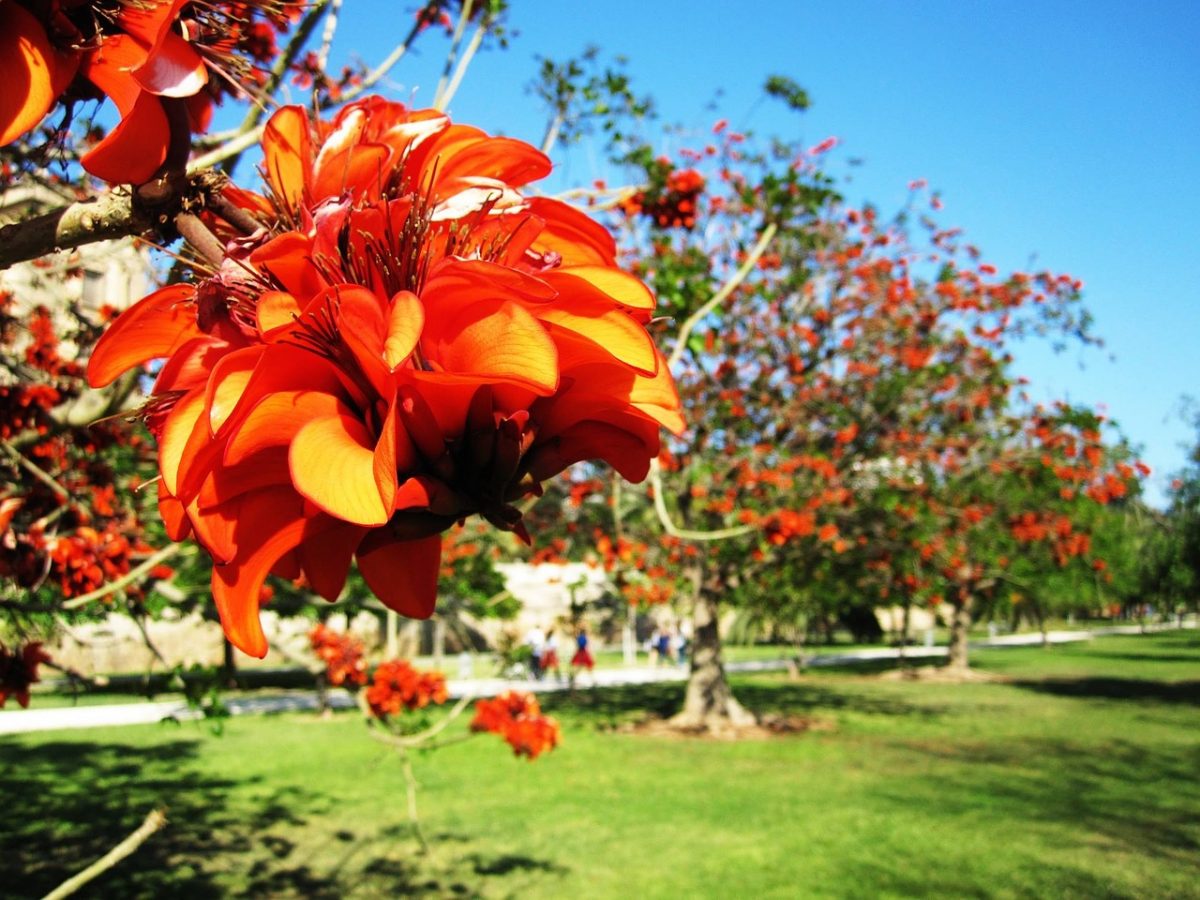 Photo by Mathieu Militis from Pixabay

The old Turia river bed is now the largest urban park in Europe. The old river Turia used to run through the city from the surrounding mountains down towards the sea.

However, in the 1950s, central Valencia was submerged in 2 meters of water when the river flooded. Because of this, the city decided to divert the river around the city. The remaining riverbed is now used as a large urban park in the centre of the city and is one of the best things to do in Valencia.

The entire park is 5.5 miles long, and the best way to explore the park is by bike. Several bike rental shops allow you to rent a bike at one end of the park and return it at the other end.

The park includes sports facilities like Cricket fields, as well as cafes and bars throughout the park for refreshments. There is a massive botanical garden structure located in the park, plus the Royal Gardens. 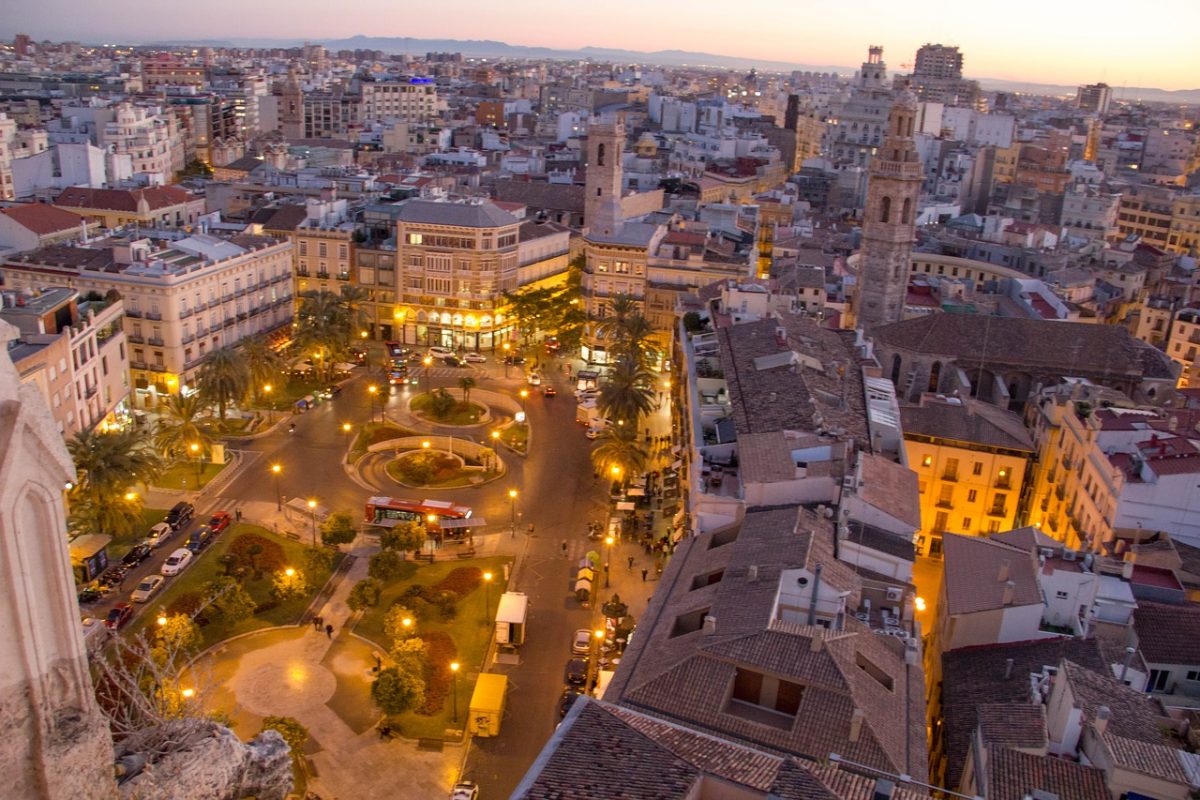 Photo by Guido Ramini from Pixabay

Also called Plaza de la Virgen, this is one of the most beautiful city squares in Spain. Trees line the courtyard providing plenty of places to escape the summer sun.

In the centre of the Plaza is the beautiful Turia Fountain. The area surrounding the Plaza de la Reina is full of restaurants, winding alleyways, and even more plazas. A local tip is that you should find a restaurant down one of the alleyways since the restaurants on the plaza normally charge much more.

During the famous Valencian festival of Fallas, the city builds a huge wooden statue of the Virgin Mary. As the local women parade through the city, they offer their bouquets which to the Virgin Mary. The bouquets are secured onto the wooden structure, which creates a beautiful flower-covered statue that can reach 20 meters in height.

Visit The Modern City Of Arts And Sciences 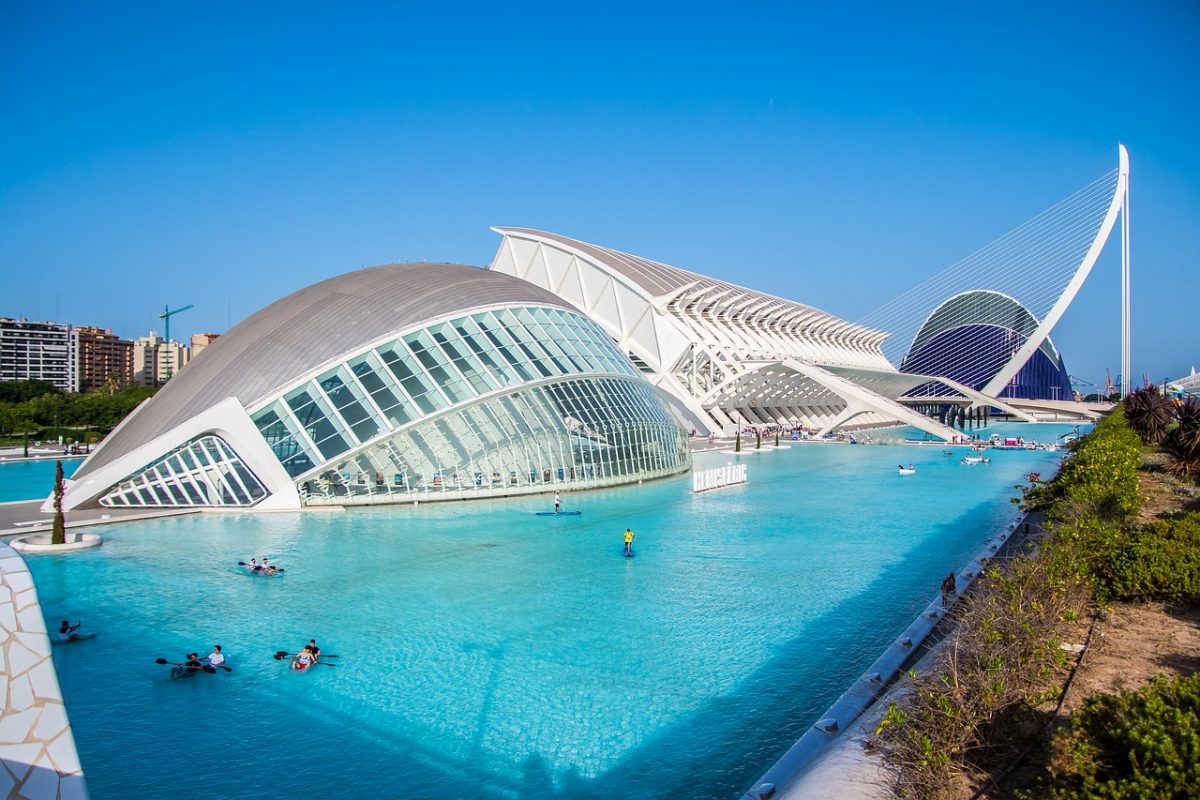 This futuristic complex of buildings in Valencia is among the most famous of all the landmarks in Valencia. It is located in the old Turia river bed close to the coastline. Each of the buildings houses something different, like a museum, aquarium, or a theatre.

L’Hemisferic is designed to look like a human eye that can open and close. It has a 3D IMAX cinema. The 3D glasses at the theater also include their own speakers, so that viewers can watch the films in their language.

El Museu de les Ciències Príncipe Felipe is a science museum full of educational exhibits for its guests. The building itself resembles a whale skeleton and is a unique architectural wonder. The museum has different exhibits on rotation throughout the year, so one visit is often not enough.

L’Umbralce is a landscaped park with native plants and sculptures from local artists. It connects the City of Arts and Sciences with the rest of the city of Valencia. The terrace and restaurant are a great place to grab a bite with a great view of the city.

L’Oceanogràfic is not only the largest aquarium in Europe, but it is also full of beautiful water features for its guests. It’s a nice place to relax in the modern heart of the city. In the aquarium, walk through the largest glass tunnel in Europe where you pass directly underneath a tank full of sharks. There is also a dolphin display at this aquarium where guests can see dolphin shows. The entire aquarium has 45 thousand examples of 500 different species.

Performance Spaces In The Modern City Of Arts And Sciences

El Palau de les Arts Reina Sofía is Valencia’s Opera House with world-class performances year-round. It has 4 theatres, a roof that can open to the open-air, and platforms that move between floors.

L’Àgora is a covered sports arena and exhibition space. It’s in the shape of an ellipse and is one of the most photographed spots in Valencia. 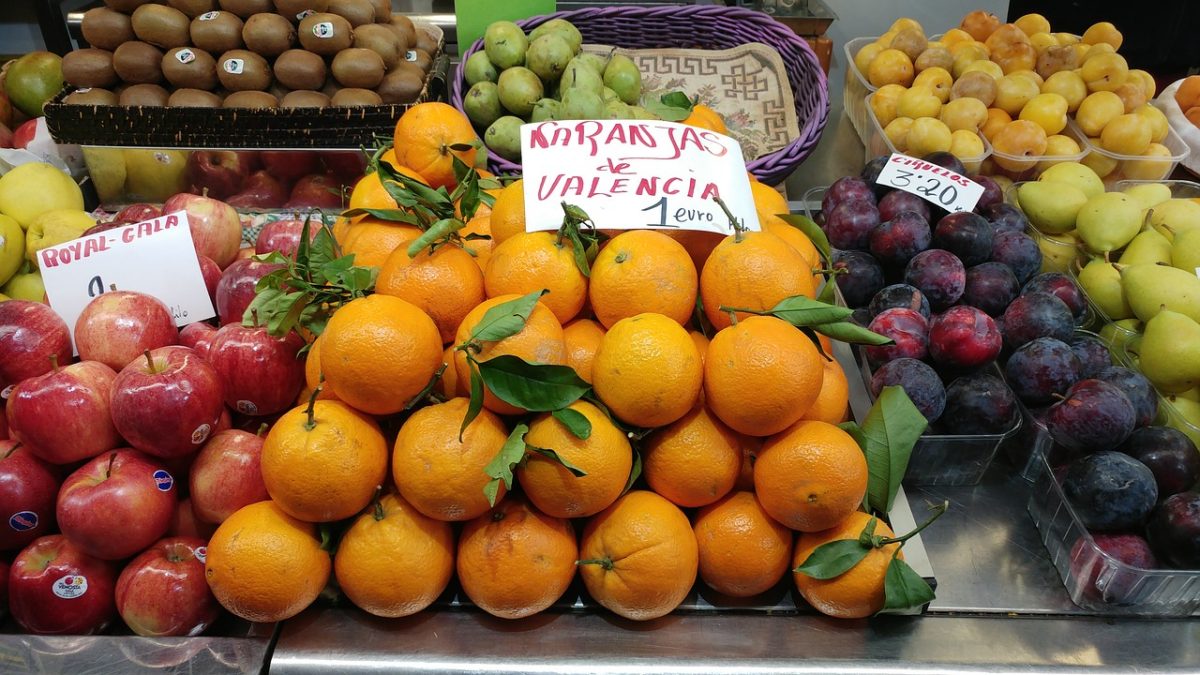 Photo by jrrdixon from Pixabay

This market in Valencia is one of the oldest food markets in Europe that is still in use today. Recently, the city completely restored the marketplace for modern guests. There is space in the market for over 400 vendors selling different types of goods.

The market has a distinctive Valencian style, covered in decorative tiles and mosaics. It was built in 1913 and is popular with both tourists and locals to do their weekly shopping. Don’t miss the stained-glass dome of the building, which soars 30 meters above the crowds.

The market is open every day of the week except Sunday. Some of the best things to pick up in the market are souvenirs, food, and fish. Or, simply enjoy the atmosphere while eating traditional food at the tapas bar in the centre of the market. 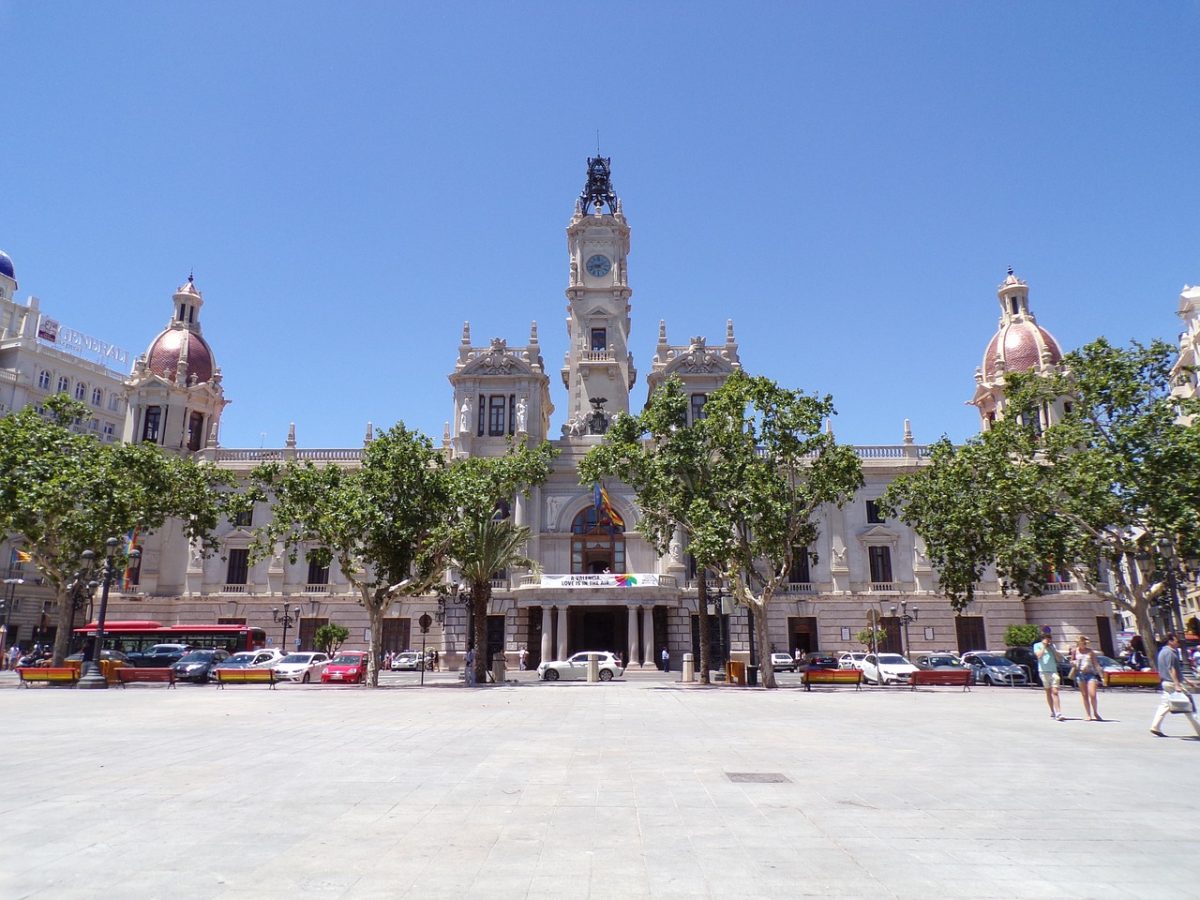 Photo by Andrea Castello from Pixabay

The huge city square in Valencia is the location of ornate government buildings. Architecture aficionados will love spending time admiring the beautiful designs.

Lining the plaza, you can find Valencia’s city hall, the main post office, and more. In the centre of the plaza is a beautiful round fountain.

During the Fallas celebration in March, the city hosts their daily mascleta firework show at 2 pm. 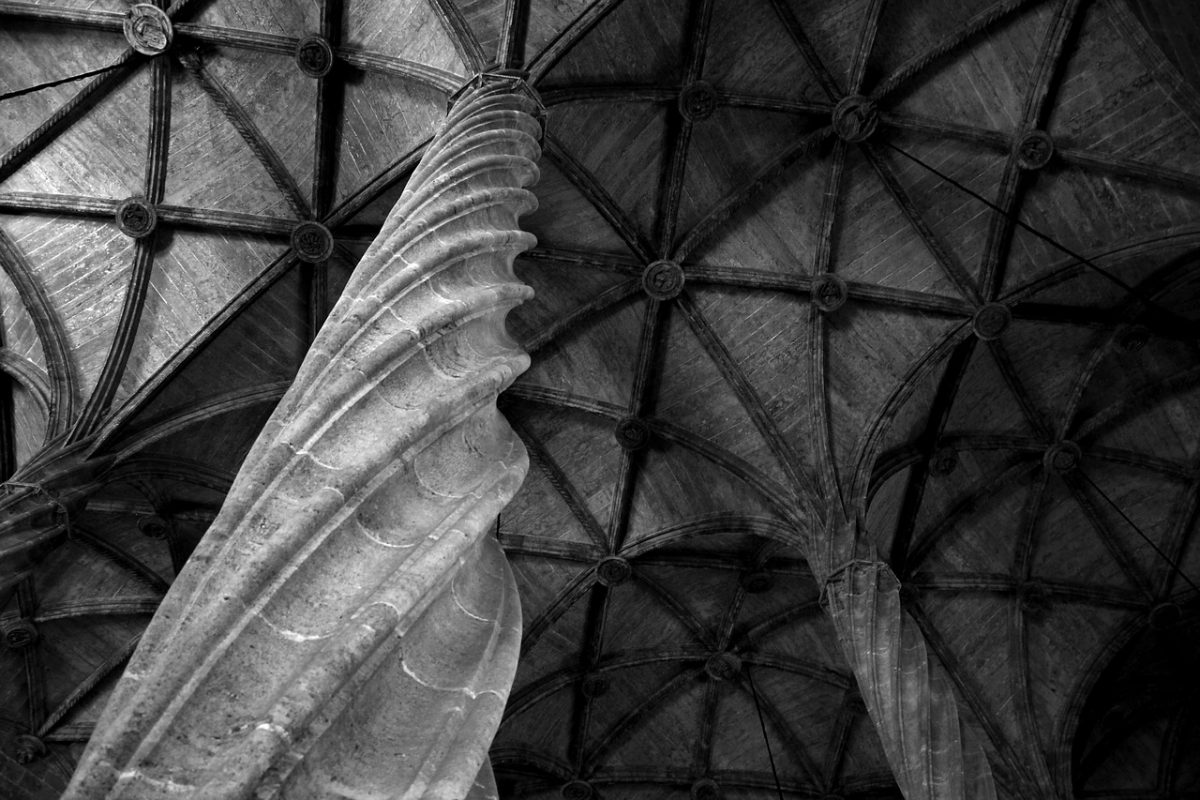 Photo by Daniel Nebreda from Pixabay

This 15th-century structure was once an old mercantile exchange and is now a UNESCO World Heritage Site. The name itself means Silk Exchange since this was the original purpose of the building. Silk coming from Asia would pass through here and be sold for the many merchants and customers in Europe.

The building shows off the elaborate Medieval architecture with stone carvings and beautiful turrets.

Tulip Fields in The Netherlands: Everything You Need to Know
Travel Destinations