Stuttgart is located in Germany and is the capital of the German state of Baden-Wurttemberg. The region is home to the picturesque Black Forest and the Neckar river. Stuttgart consistently ranks in the top 20 of the best qualities of living cities in Europe. In addition, Stuttgart tourism is also thriving because it is a beautiful and welcoming city for visitors.

The residents of Stuttgart are statistically ranked as some of the most cultured in Germany. Compared to other cities in Germany, more locals attend museums, concerts, and other cultural events. In fact, there are over 190 cultural festivals to experience in Stuttgart. Be sure to check out the schedule of events to see if any of them coincide with your visit.

The city of Stuttgart spreads over a series of hills and valleys. Because of its unique geography, the city offers beautiful views with lots of parks and even vineyards directly in the city itself. Not only that, but Stuttgart is a hub of technology and innovation. In addition, with plenty of museums and theatre houses, there is no shortage of cultural activities and things to do in Stuttgart.

Top Places To Visit In Stuttgart

Stuttgart is the perfect city for a weekend vacation. The city has much to offer like parks, museums, historical buildings, and cultural events.

Stuttgart’s city centre has many parks and gardens, which the locals love. There are cycling trails and plenty of places to have a picnic. Locals call the area the Green U because of the U-shape that you can see on a map. Most of the top things to do in Stuttgart lie on this Green U, such as the Old Castle, the State Theater, and the Wilhelma.

Many of the city’s historic buildings were built during the 18th and 19th centuries when Stuttgart was the capital of the local kingdoms. Because the city was such an industrial centre, it was heavily bombed in World War II. However, the city reconstructed most of the historical buildings. Nevertheless, since most of the city had to be reconstructed, visitors will notice that Stuttgart also has lots of modern buildings and commercial streets.

When visiting Stuttgart, there is no shortage of interesting things to see and historical places to visit. 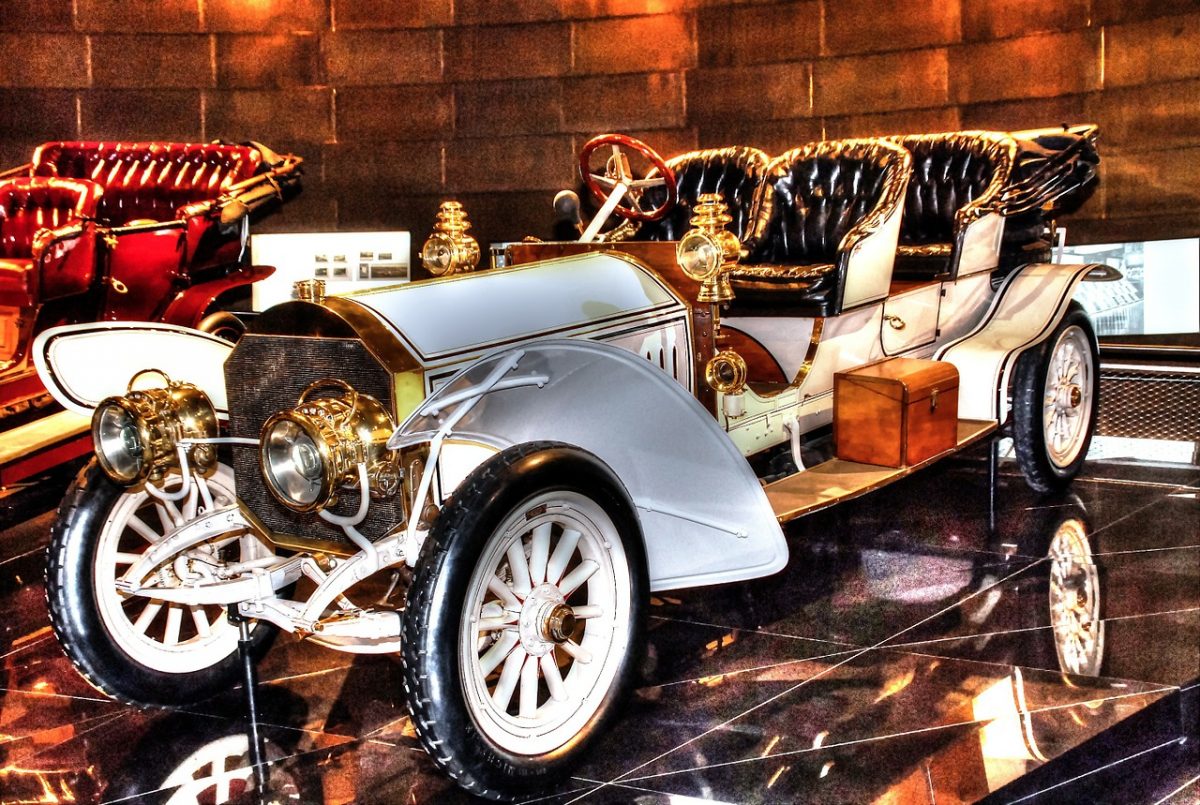 Photo by Marc Schneider on Pixabay

The Mercedes-Benz museum traces the 125-year history of the automobile conglomerate. It is the most visited museum in Stuttgart, receiving 440,000 visitors per year.

The museum shows key moments in the automotive industry. In addition, there are 160 vehicles in the museum which show the evolution from the original ‘horseless carriages’ to modern cars like the limousine.

Not only can you see vintage cars on display, but you can also visit their exhibition called Fascination of Technology. This exhibition covers current innovations. For instance, guests can learn about the latest trends in automotive and technology.

The Popemobile used by Pope John Paul II was built by Mercedes and is on display in the Mercedes-Benz museum. 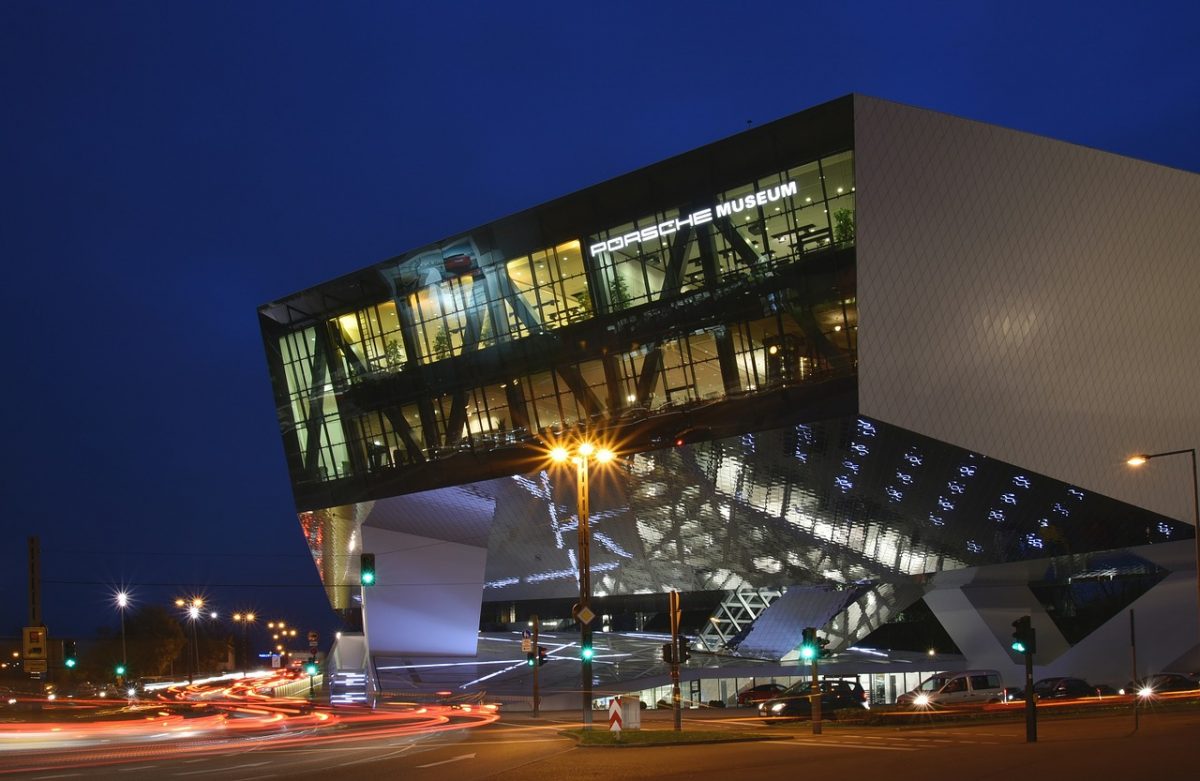 Photo by Gabriele Bendler on Pixabay

It’s a unique chance to see model cars including examples from the early 20th century until present day. There is also a museum workshop which shows how workers restore and prepare classic cars for events.

The modern building that houses the museum is an architectural feat in itself, elevated above the ground on 3 pillars.

Take In The Extravagance Of The Ludwigsburg Residential Palace

This baroque-style former palace is now a museum and a large public park.

Strolling around the Ludwigsburg Residential Palace can take up an entire day in Stuttgart. Locals love spending a day to relax in the huge baroque garden. The Palace is also a popular venue for concerts and cultural events throughout the year.

See The Formal Residence Of The New Palace And The Schlossplatz 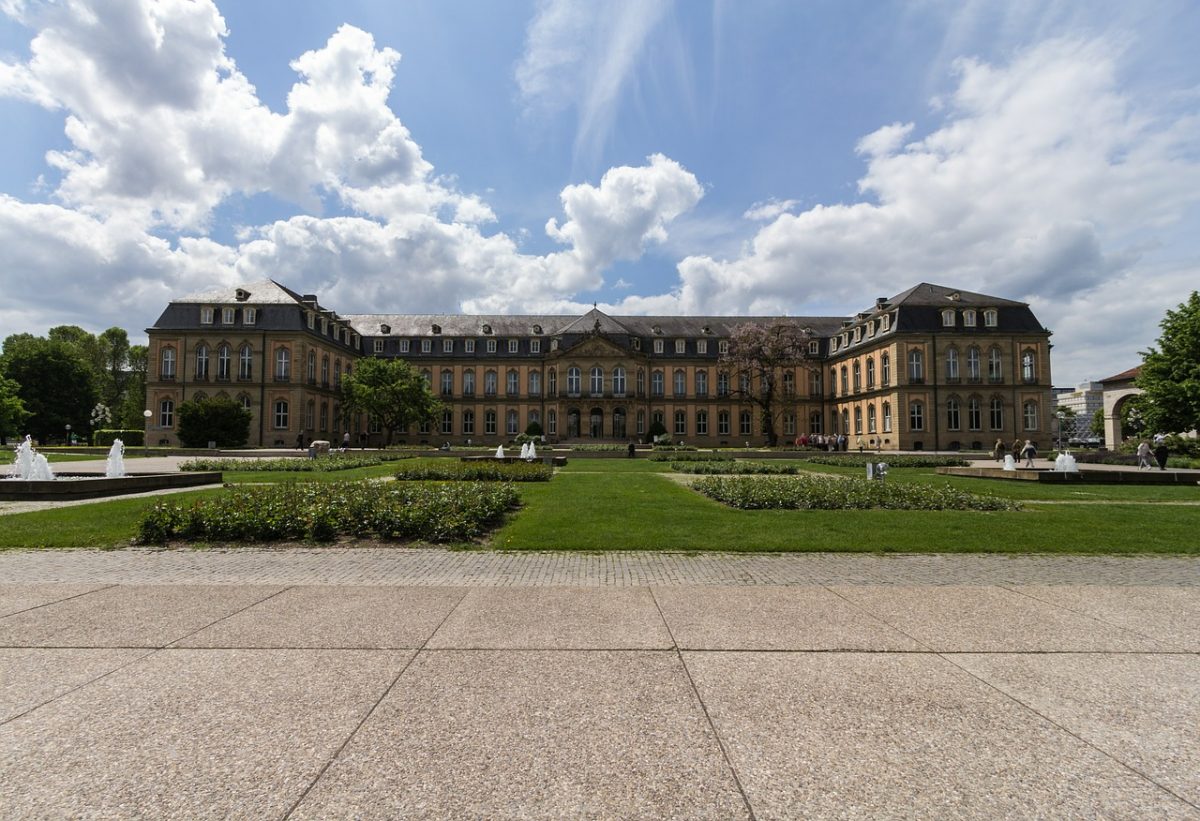 Photo by Horst Eisele on Pixabay

The New Palace stands at the very center of Stuttgart on Schlossplatz. It was originally the residence for the royals during the 18th century. The castle was rebuilt after being destroyed in World War II and is the current home to the State Ministries.

Spend A Day In The Wilhelma 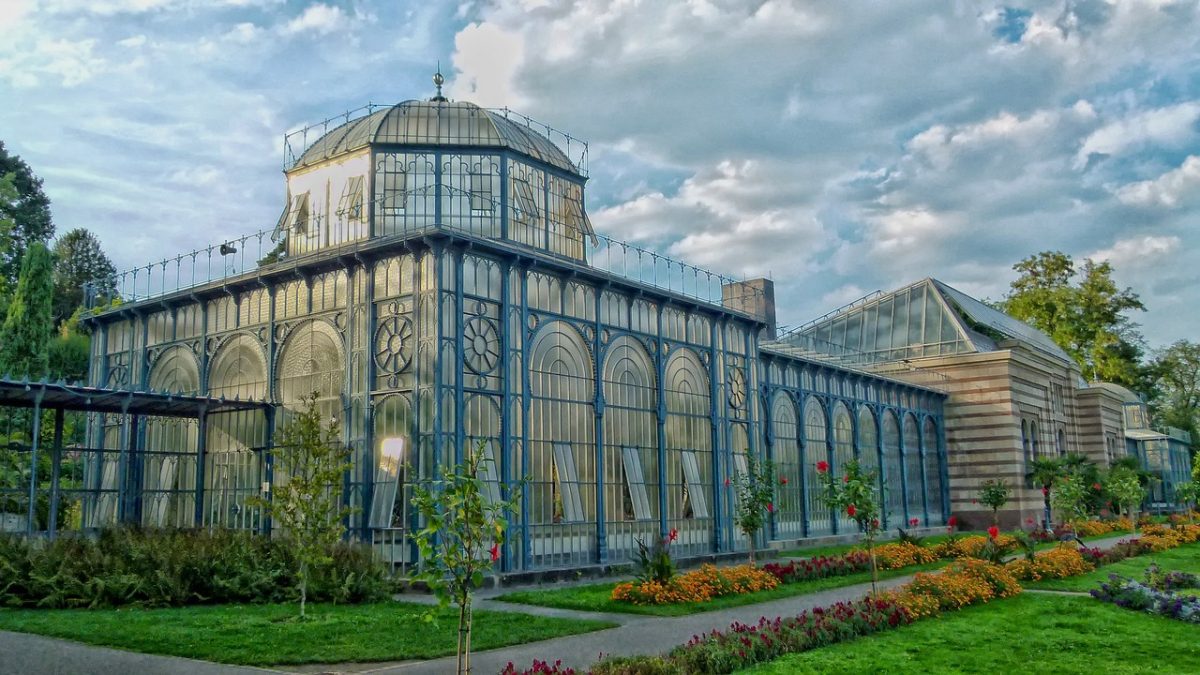 The Wilhelma was originally a summer palace built in the Moorish style. It is now a huge botanical garden and zoo experiences in Stuttgart which is the only one of its kind in Germany.

The Zoological section of the Wilhelma has over 10,000 animals representing almost 1000 species. Their great ape program is particularly strong. In fact, its young animal facilities serve as the ‘kindergarten’ for great apes for zoos all over Europe.

Get Cozy At The Stuttgart Christmas Market 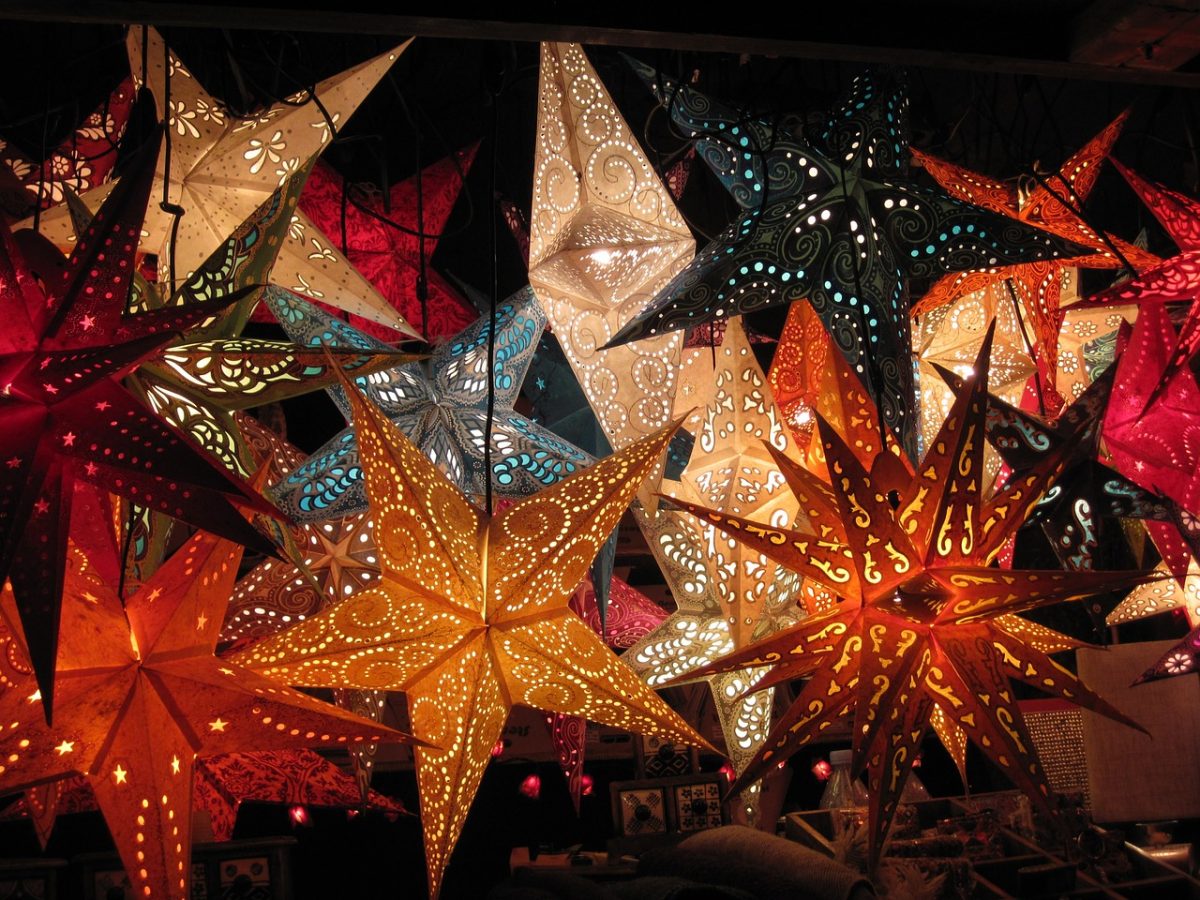 Photo by Miriam Müller on Pixabay

If you’re traveling to Stuttgart in December, you can’t miss the Stuttgart Christmas market. It is one of the best examples of an old-fashioned Christmas Market in Germany. The market has over 200 stands and hosts more than 3.5 million visitors every year. It stands out compared to other Christmas markets in Germany because of its abundant decorations.

Hike To A Beautiful View At Castle Solitude

Castle Solitude was originally built as a hunting palace and is now open to the public. It has a vast network of hiking trails and beautiful views over the surrounding valleys and nearby towns. It’s a great idea to spend a half-day wandering the areas around Castle Solitude and to end the day by watching the sunset in the west.

Attend A Soccer Match At The Mercedes-Benz Arena Stuttgart 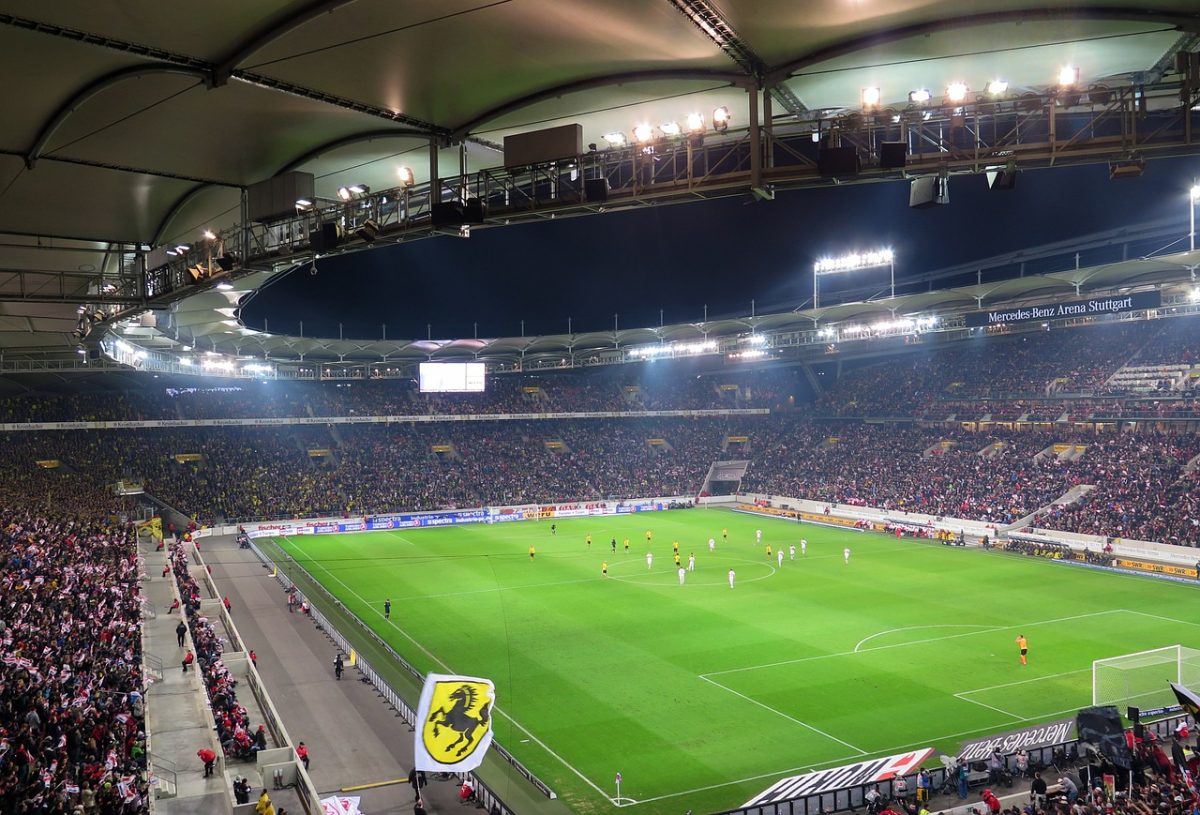 Photo by moerschy on Pixabay

If your timing is right, you can catch a soccer (or fußbal) match at the Mercedes-Benz Arena in Stuttgart. This modern stadium was one of the host sites for the 2006 World Cup. You could do one of the most quintessential German experiences in Stuttgart and go to a match of the most beloved sport in the country.

See The Origins Of The City At The Old Castle

Photo by Th G on Pixabay

Visiting the Old Castle allows visitors to explore a 15th century Castle. The air raids of World War II destroyed large parts of the castle but the city rebuilt them in the original style.

The Castle is now home to The Würtemmburg State Museum. The museum displays artifacts from the time when Stuttgart was the capital of the Kingdom of Würtemmburg, as well as stone age artifacts.

Catch A Performance At The Staatstheater 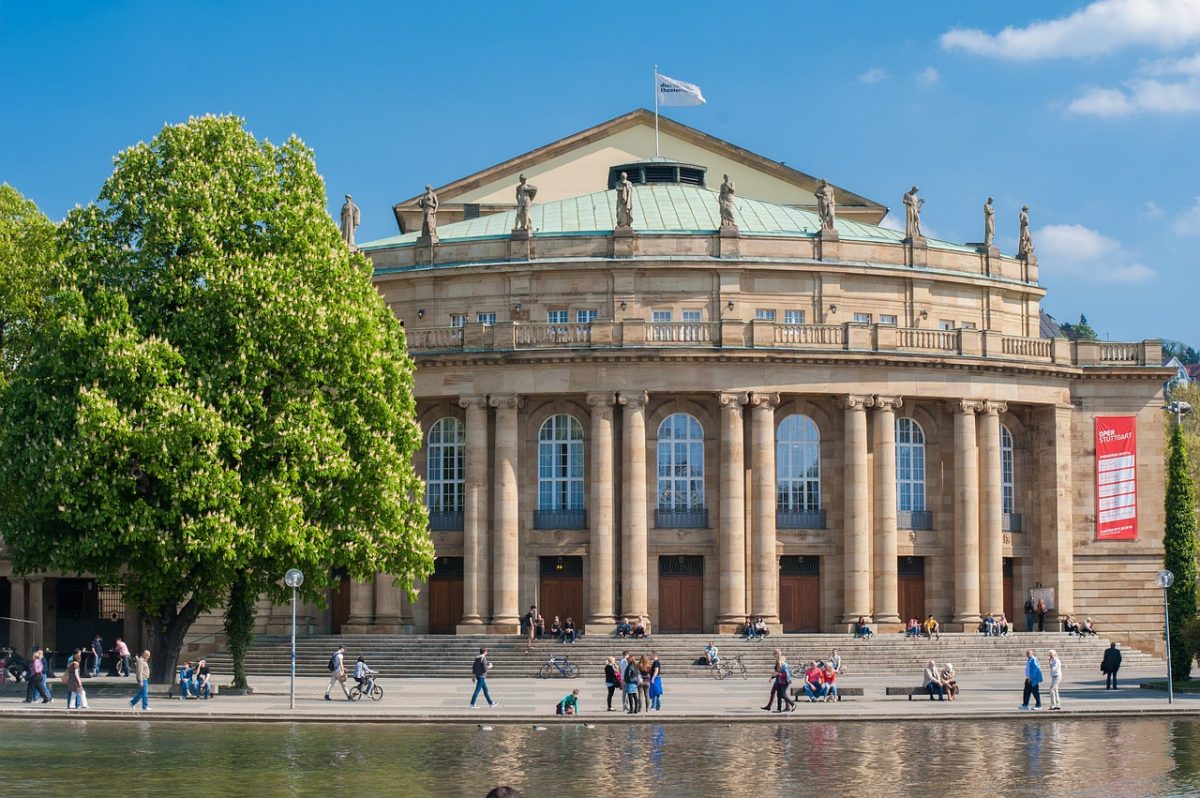 Photo by Nicole Köhler on Pixabay

Stuttgart is a city full of cultural offerings and one of the best venues to catch a performance is the Staatstheater Stuttgart. The beautiful building serves as a multipurpose theater house with Opera, Ballet, and Theater performances nightly. In fact, the Stuttgart Opera received the award for the ‘Opera of the Year’ 6 times.

Whether you’re a local or you currently live in Stuttgart, there are lots of interesting facts about this city. We’ve gathered the most interesting and unique things about Stuttgart in one list.

The TV Tower In Stuttgart Was The First Of Its Kind

Stuttgart’s Television Tower (Fernsehturm in German) was the first concrete TV tower built with a large structure at the top that functions as a viewing platform and restaurant. Before the Stuttgart TV tower, most television antennas were simple and functional metal structures. Nowadays, the TV tower design that you see in Stuttgart can be seen in many cities around the world. But Stuttgart was the first.

Stuttgart Is The Birthplace Of The Gas-Powered Automobile 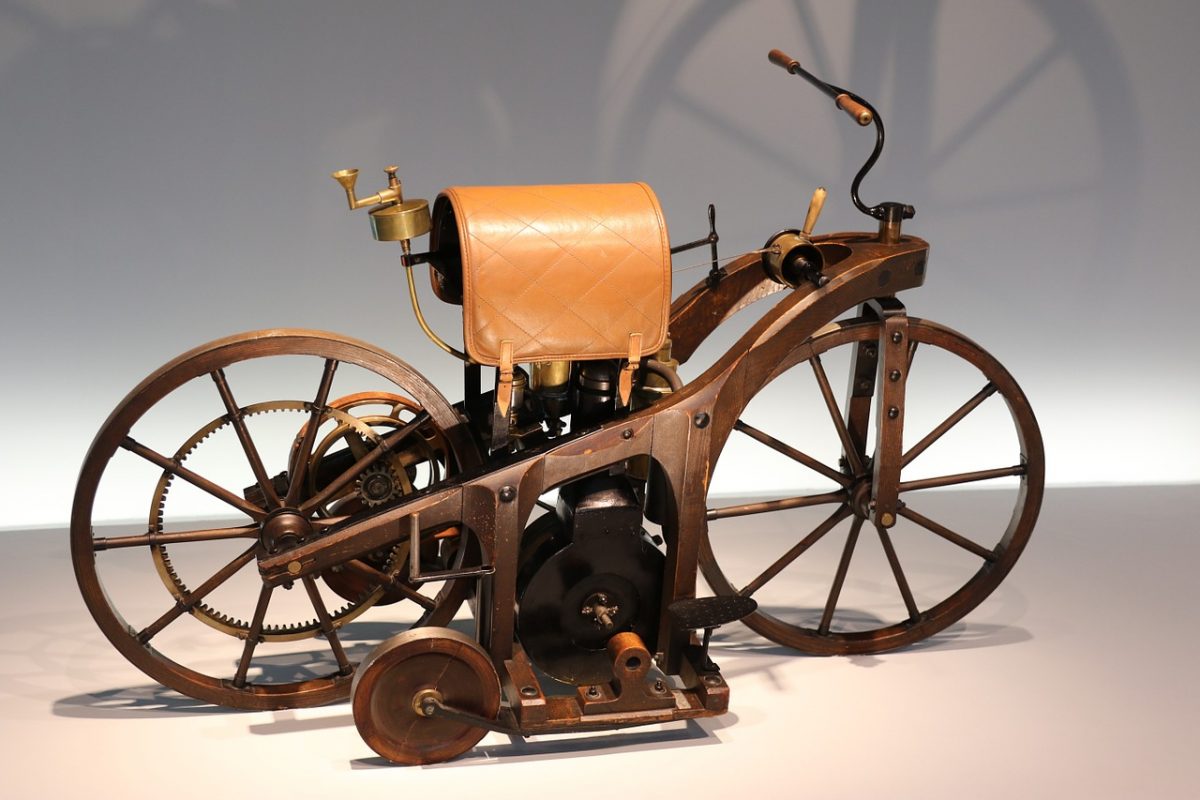 Photo by Bernd Schray on Pixabay

Invented by Carl Benz and Gottlieb Daimler, the first gas-powered car was a 3-wheeled motorcar. In fact, the word for gas in German is ‘Benzin’ named after Carl Benz! Interestingly, Daimler and Benz never met and came up with their new inventions by themselves. However, their 2 companies later merged into one under the name Daimler-Benz which later evolved to present-day Mercedes-Benz. You can see the whole history at the Mercedes-Benz Museum.

Stuttgart is known as the ‘cradle of the automobile’ not only because of these inventions but also because they industrialized production of personal cars. Because of this, you can even say that Stuttgart was the starting point of the automotive industry. Both Mercedes-Benz and Porsche have their headquarters in Stuttgart, as well as the pervasive automotive parts company, Bosch. In addition, the prototype of the classic Volkswagen Beetle was manufactured in Stuttgart!

The name Stuttgart comes from the old German world Stuotgarten, which loosely translates to ‘stud garden’. This is because the city was originally the site where Duke Luidolf of Swabia bred his warhorses in 950 AD. It is pretty amusing that this unique origin is what gives modern and cutting edge Stuttgart its name. 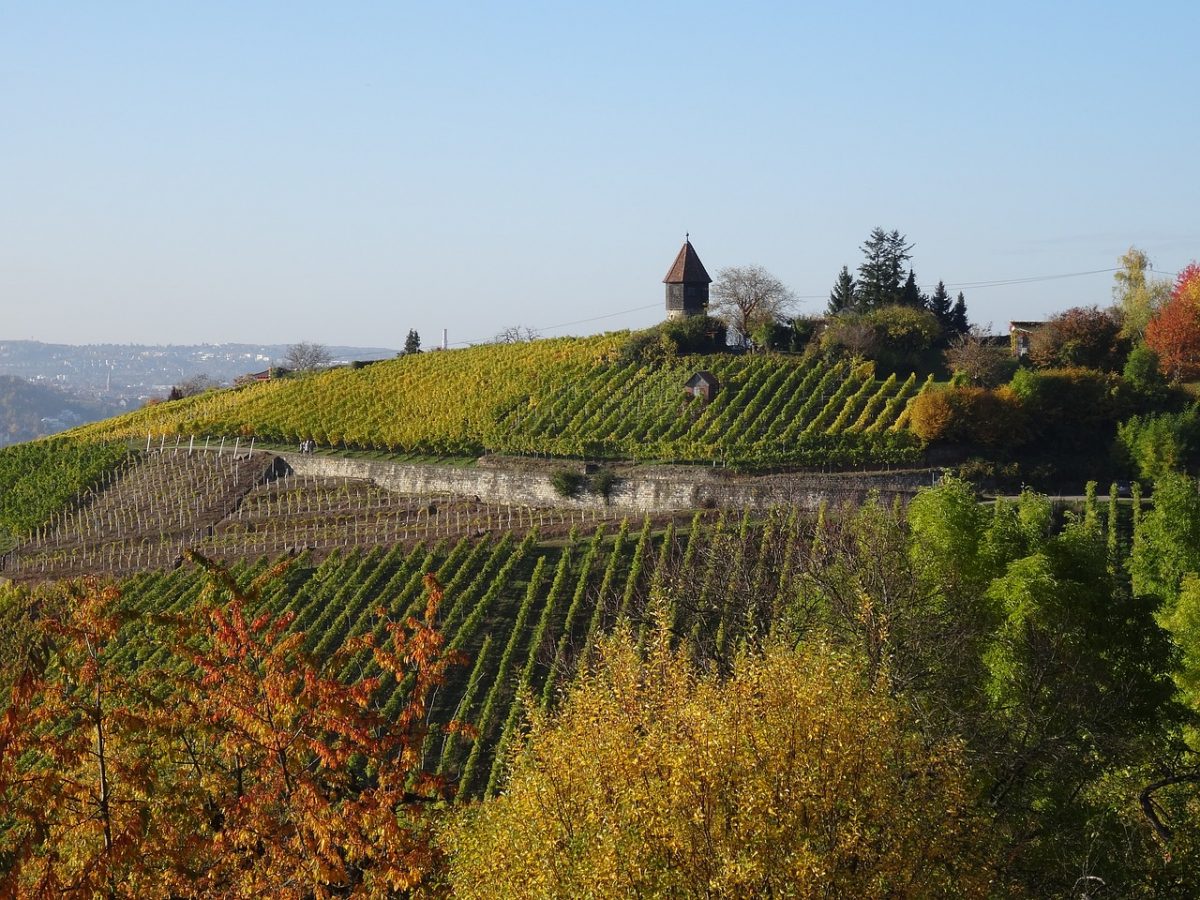 The early roman settlers brought the first grapevines from Tyrol in the year 3 AD. It turns out that the weather in Stuttgart was perfectly suited for wine grapevines. As a result, the grapevines cover the hills around Stuttgart and give this city its picture-perfect look. To this day the local wineries produce popular wines like Riesling.

The Chamber of Industry and Commerce owns one of the wine estates. The reason is that the city took over some of the vine-covered land and initially planned to build new governmental buildings. The start of World War II delayed these plans. As a result, most of the land remains a vineyard to this day.

The city is home to a huge beer festival in Europe, second only to Munich’s Oktoberfest. The Cannstatter Volksfest receives over 4 million visitors per year. It’s similar to Oktoberfest in that there are carnival rides, live bands and lots of beer tents. Some Germans prefer the Stuttgart Volksfest over Munich’s Oktoberfest because it is not as touristy. If you want to coordinate your trip with this festival, it runs for 3 weeks from late September until October.

Stuttgart Has 20 Kilometers Of Outdoor Staircases

When you’re exploring things to do in Stuttgart, you should be prepared to take lots of stairs. Because the city is built on hills, there are over 400 sets of outdoor stairs that people can use. If you took all the outdoor staircases, you would have walked 20 kilometers (12.4 miles) of steps! However, you will be rewarded with a beautiful view of the city and surrounding valleys once you reach the top. As a bonus, most of the staircases bring you past the many grapevines that blanket the hills surrounding Stuttgart.

The city and surrounding region are famous for their regional dish, Maultasche. Maultaschen look like oversized ravioli filled with minced vegetables and occasionally minced meat. The name ‘Maultasche’ comes from the story of a Monk from the Maulbronn monastery. Catholics are not supposed to eat meat during Lent, but one monk tried to bend the rules a bit. As it turns out, the monk reasoned that if he hid the meat in the pastry cover, God wouldn’t notice.

Stuttgart Is One Of The Most International Cities In Europe

There are people living in Stuttgart from over 170 countries. As a result, Stuttgart ranks as one of the most international cities in Europe. This gives the city plenty of multicultural events and is a great example of how people from many parts of the world can live peacefully together.

Between the large number of things to do in Stuttgart as well as some of their unique facts, we know that you will have a great time in this beautiful German city!

15 Most Famous German Castles You Should Visit
Travel Destinations 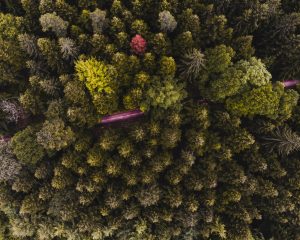