The capital of Philippines, Manila, is one of Asia’s most appreciated gems.

Manila has been capital of the country for about four hundred years. It is likewise the main point of the Philippines’ industrial development. The city resides on one of the most beautiful harbours not only in the Pacific ocean but also in the world.

The capital of the Philippines has gone through significant revisions and rebuildings since World War II. Traffic jams and overpopulation are common problems which we see in almost any central city in the world.

Now, let’s discuss why Manila is worth taking up a few days out of your life.

The capital of the Philippines isn’t famous for its insane traffic jam. What Manila offers are incredible restaurants and fantastic food. Noisy nightlife and adventures are a sure thing when you visit this city. So if you are looking for a city full of life and energetic outings, Manila might be the perfect place for you.

Manila is known for its amazingly designed Baroque churches and its markets full of life. Another thing that stands out is, Manila is the walled citadel from where the Spanish ruled for centuries.

Besides churches and citadels, other unseen things you can visit here in Manila are the largest malls in the world. You’ll get the impression you are in a different town when you enter those fantastic entertainment centres.

The oldest part of the city is worth giving a view. People preserved all the antique stuff that dates back before the 20th century in this part of the town.

Of course, the travel destinations you can visit in Manila.

Let’s take a look at them!

What Makes San Augistn Church Such An Attraction? 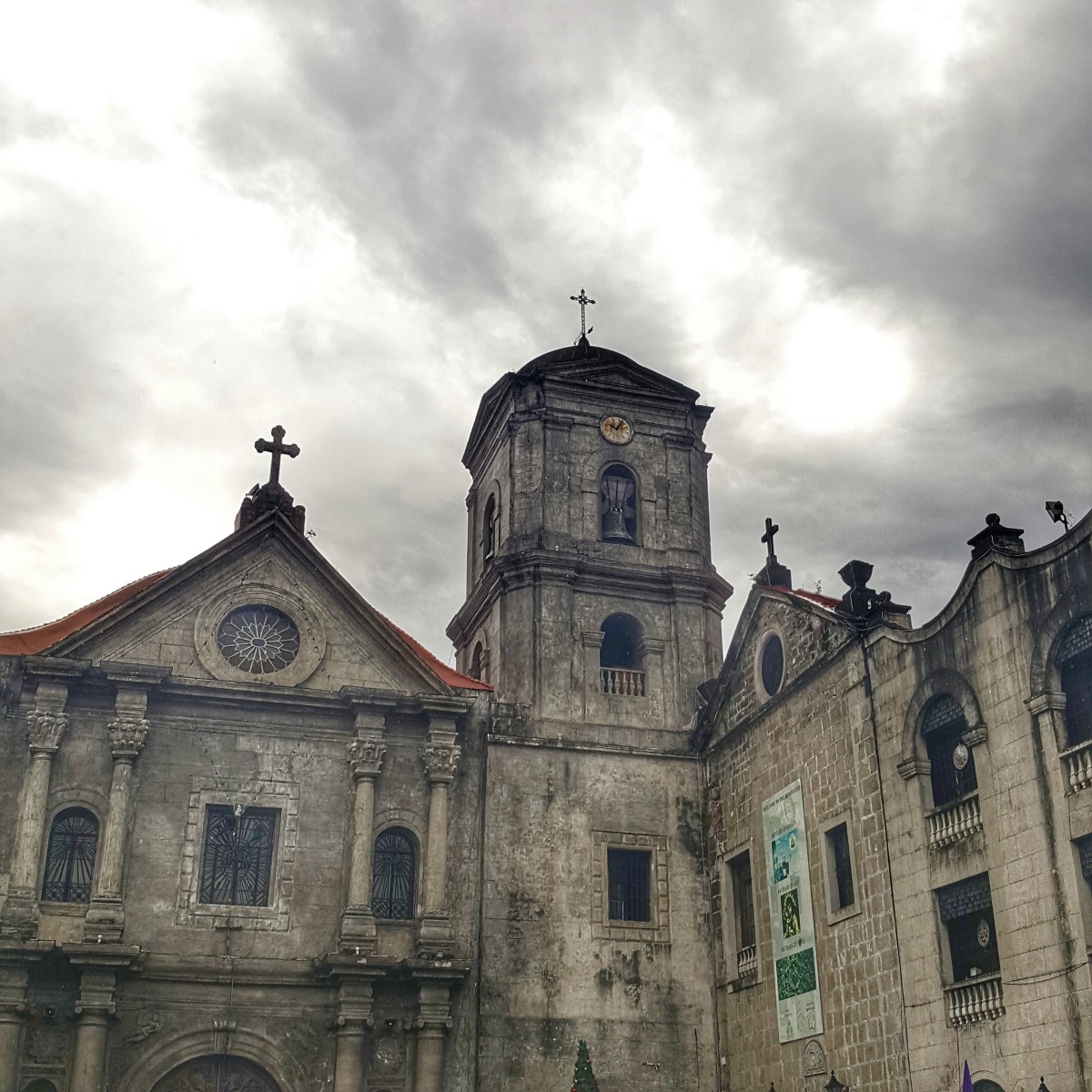 So, the San Augustin church is a Roman Catholic church, and Spanish designers built it in 1607. Not even World War II managed to bring this holy building to the ground. That makes it the oldest church in the country. The unique thing in this church is its magnificent Baroque style construction.

It is a must-visit for its trompe l’oeil paintings, the High Renaissance façade, and the church’s monastery.

The monastery now represents a museum. It holds inside precious religious artwork and relics used throughout history.

A former refectory is located inside the monastery which now represents a crypt. A memorial to the victims of the Japenese Imperial Army gloriously sits in the antique refectory. This is the place where the Japanese forces murdered thousands of innocent people during their brutal stay in the 1940s. 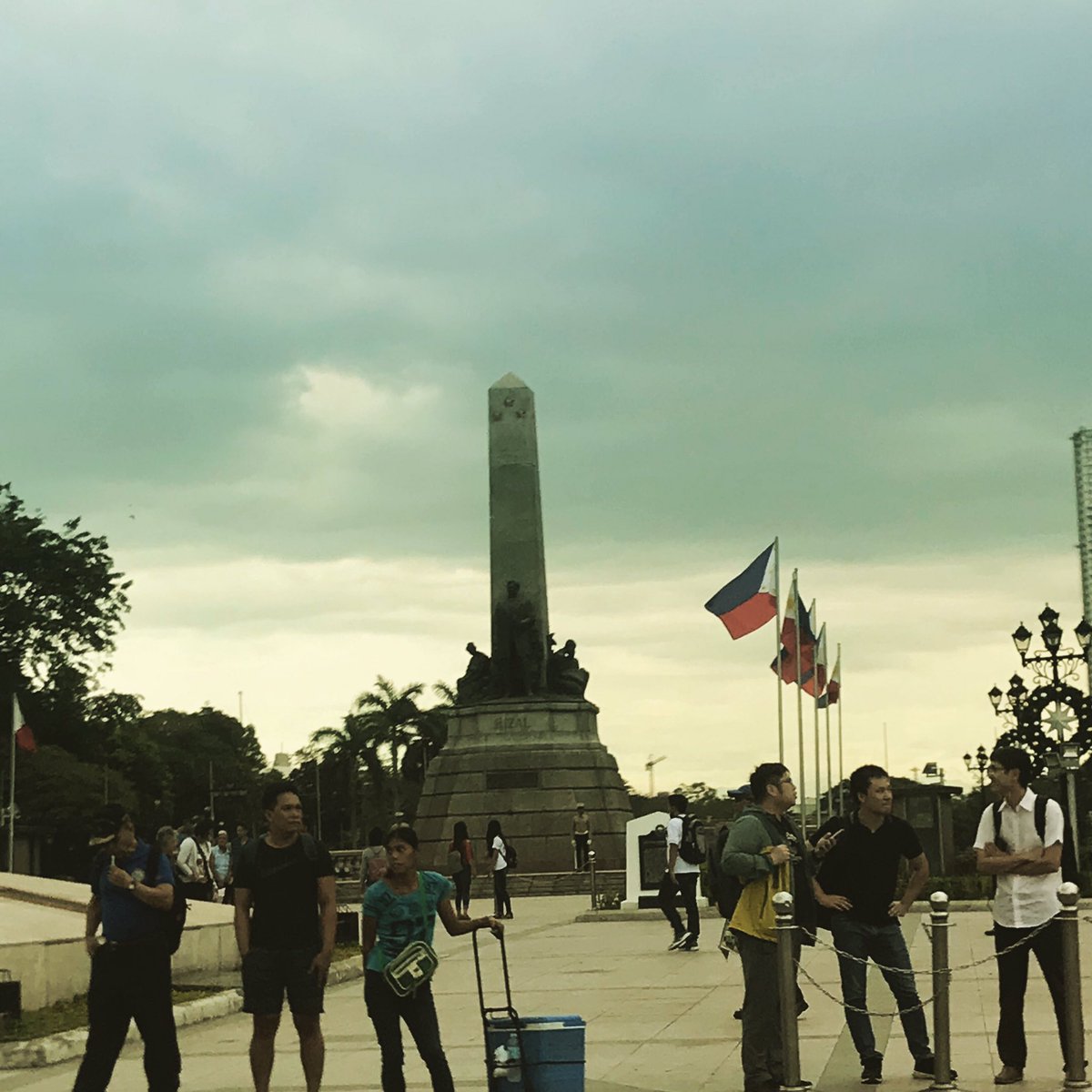 The national patriot Jose Rizal dies in 1896 at Rizal Park. That single action gave the green light to the Philippine Revolution. There is a monument built in 1913 right on the spot where the firing squad executed Jose Rizal. The building of the statue coincides with Rizal’s 17th death anniversary.

The patriot’s remains are kept and guarded day and night by the Marine corps. When the era of colonialism ended, the park abandoned its old name Bagumbayan and became Rizal Park.

The public plaza is rarely open. You can see it as an isolated green island against some of the city’s traffic-jammed streets.

If you are keen on martial arts and battle sports, weekend kali martial arts lesson are available at Agrifina circle.

The third place on our way is: 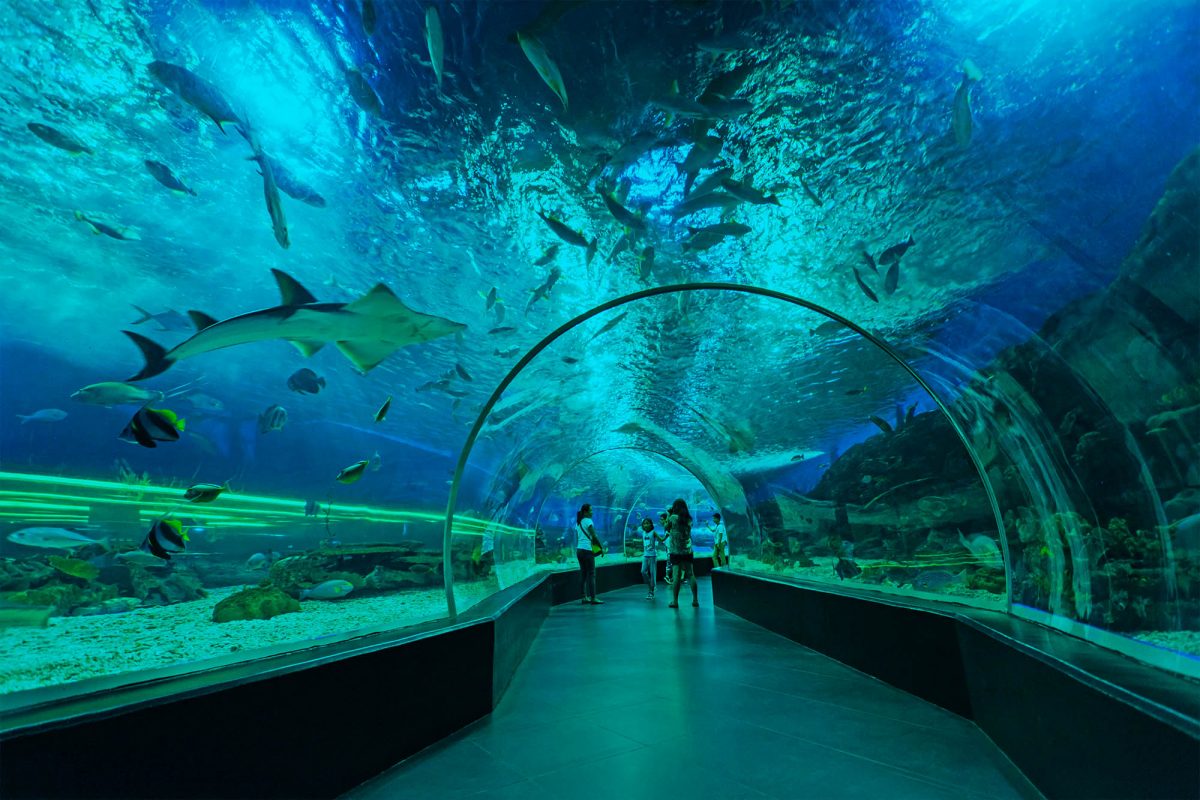 Manila Ocean Park is an incredible oceanarium located behind the Quirino Grandstand at Rizal Park. The oceanarium/aquarium offers visitors over 14,000 sea creatures from 227 different species. If you have a desire for something really different, then this is the right place for you to be in.

The park is open all year-round, and it is suitable for people of all ages, especially for kids.

One of the most noticeable assets of the oceanarium is the 25 meters long observation tunnel. The tunnel creates an incredible view of underwater life. You may get a second long impression of what would be the life in the ocean. If you haven’t seen sharks or stingrays, the Manila Ocean Park offers you the opportunity to do that.

Another great thing to take a look at is the penguin park facility located likewise in the Manila Ocean Park. It is the first penguin park in the country which represents the species Humbold penguins.

Fort Santiago dates back to 1571. It was additionally an army installation for the Spanish government. The Spanish navigator and governor constructed Fort Santiago, and the fortress was built to celebrate the freshly established city in the Philippines – Manila.

The port of the citadel has great historical significance. A lot of people have lost their lives in this place during the Spanish Empire and World War II. The national hero Jose Rizal was imprisoned in Fort Santiago before his execution in 1896. Over the centuries, the citadel gained a fearsome reputation among Filipinos.

Another tragic moment that Fort Santiago shows us is the massacre of thousands by the Japenese throughout their brutal stay in the 1940s.

Fort Santiago is now gradually coming back to life, after its almost total eradication by the Americans in World War II.

Casa Manila – Travel To The Past

Casa Manila is a house-museum that depicts the old days of the Spanish colonial era. It is part of Plaza San Luis Complex. Casa Manila is also a mirrored copy of a 1850s San Nicolas House which the first location was in Calle Jaboneros.

Why should you visit the museum? Well, the house will give you one of a kind view of how the Filipinos lived during the 19th century. You will feel that old-life blood running through your veins. This feeling will make your visit worthwhile.

You’ll have the option to investigate some cultural places that left a profound impact on Filipinos minds and lives.

Each room represents the exact 19th century furniture that people used at that time. Here you will find antique furniture, chandeliers, lamps, paintings, vases, and bric-a-brac.

Your visit to Casa Manila would be a bridge to the past. To see how people lived at that time is a view that remains in your memory for a long time. 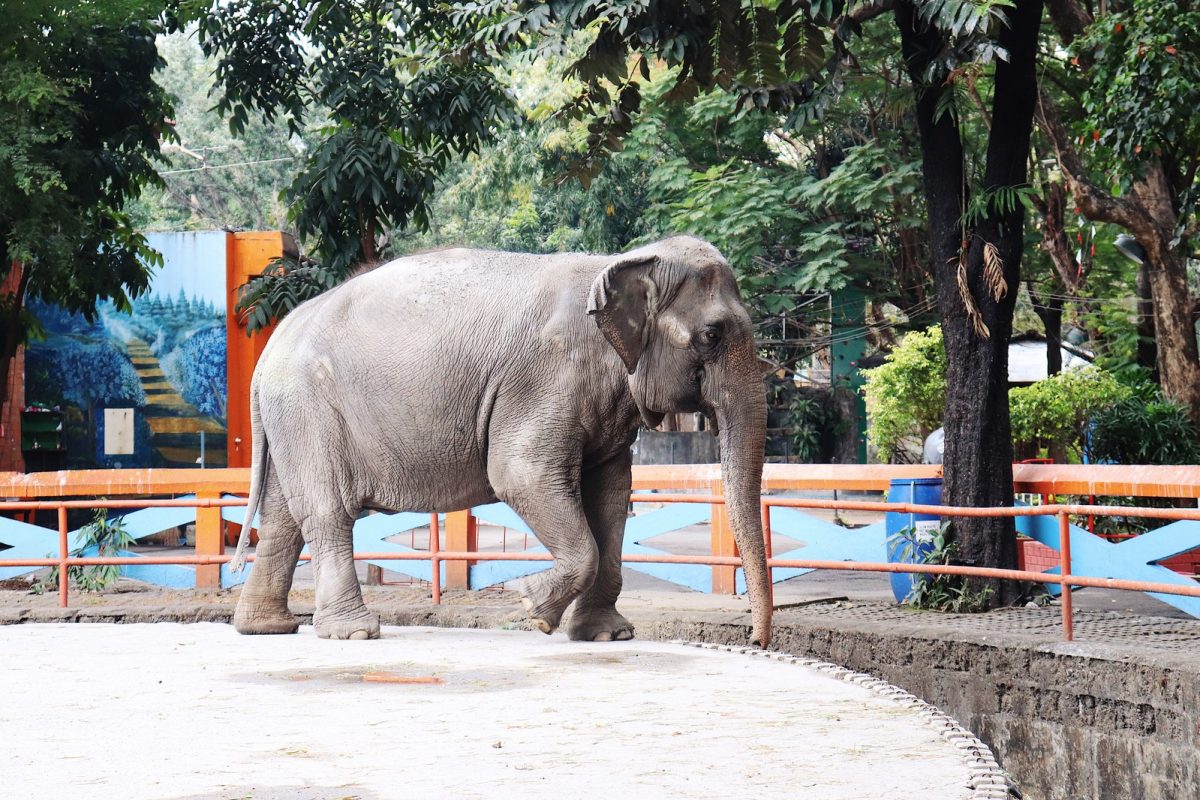 Manila zoo or also known as Manila Zoological and Botanical Garden opened its gates to visitors on 25 July 1959. Around a thousand animals reside in this zoo from 90 different species.

The zoo’s most prominent attraction to visitors is the Asian elephant – Mali. The elephant made his entry to the zoo in 1977 departed from Sri Lanka. Other not so frequently seen yet amazing animals are Bengal tiger, Malayan civet, monitor lizard, and hippopotamus.

Zoo management plans to transfer a lot of the animals from the zoo to different breeding areas outside Metro Manila. That’s because of the overpopulation in the Botanical Garden. Manila Zoological garden strives to become only an exhibition area.

So don’t take more seconds considering should you visit Manila Zoo. If you are planning a trip to Manila, Philippines then the Zoological garden must be a checkmark in your “places to visit” list. 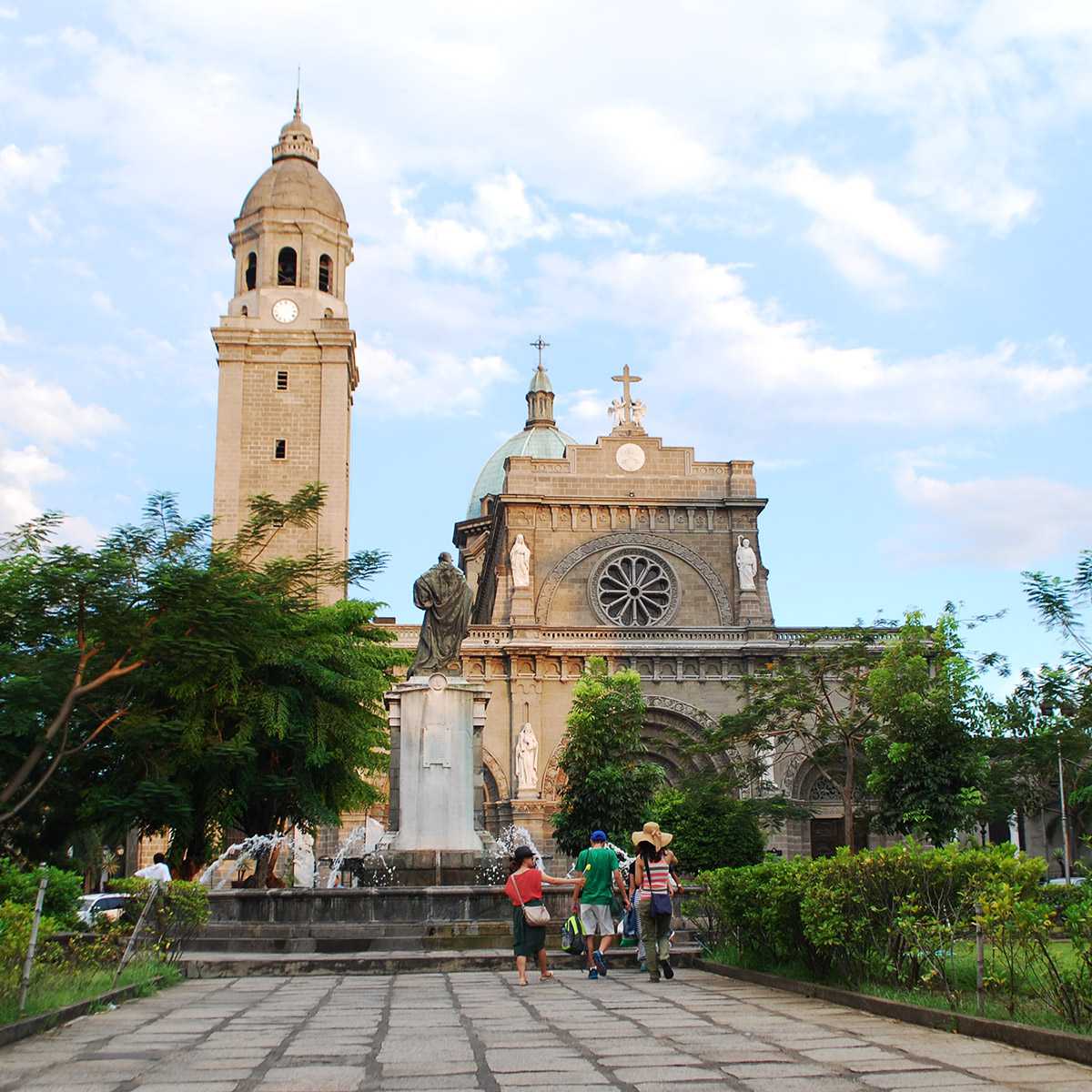 The Minor Basilica Cathedral or also known as Manila Cathedral is a church located in Intramuros. Intramuros, the noteworthy walled city inside the present current town of Manila, Philippines.

The cathedral was built in 1571 and has gone through an enormous count of wars, fires, and earthquakes. Eight rebuilds were needed to keep the basilica in its present structure and the last reconstruction finished in 1958.

It’s open to visitors, and you can even go in during a wedding in progress. After its reopening in 2015, pope Francis gave a liturgy.

You can see incredible things in the cathedral. Some of those are the high vaults, the reflective marble floor, and the stained glass windows. 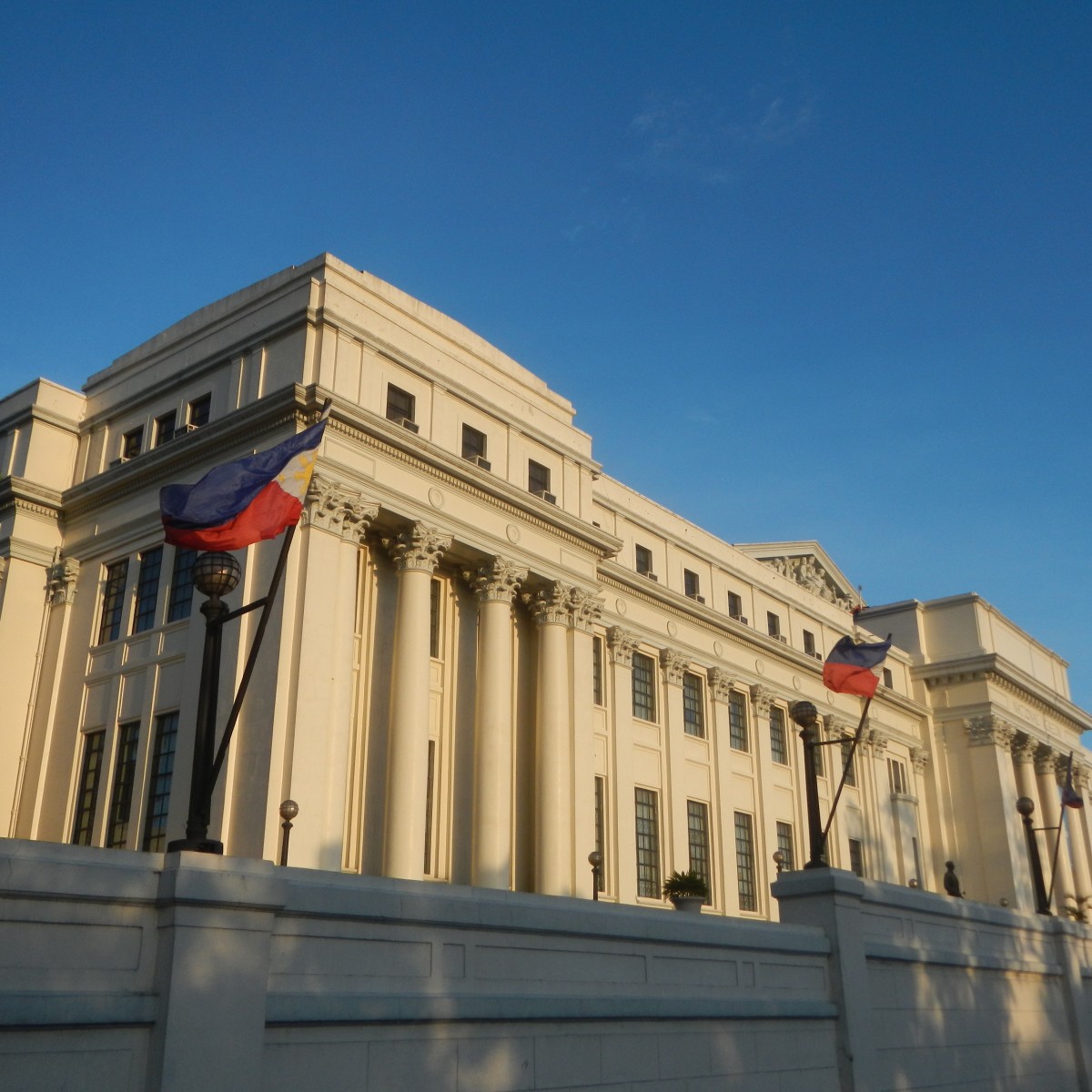 The National Museum of Fine Arts is constructed in 1921 by the American architect Ralph Doane and his assistant Antonio Toledo. The building shows some traditional features using stylized Corinthian columns, ornamentation, and Renaissance innovative sculptures.

Another great museum worth of mentioning is the National Planetarium. The building began its construction in 1974, and it officially opened its doors nine months later on 8 October 1975. You can find the museum between the Japanese Garden and the Chinese Garden at the Lunity park.

Definitely, worth giving a view to some of these fabulous museums.

Another definite checkmark in your “places to visit” list should be the quiet and beautiful Paco Park. You can visit it in the suburb of Paco in Manila. The Paco Park shares to us memories about the national hero Jose Rizal. That’s because the park was the first place of the patriot’s funeral.

A lot of people’s remains laid on this place. In 1912, an action was taken to clear the tombs. A lot of families got back the remains of people from their households.

In Paco Park, you should visit the middle beauty garden lawns, trees and flowerbeds, and the circular cemetery chapel of St Pancratius.

An incredible location that you must check. 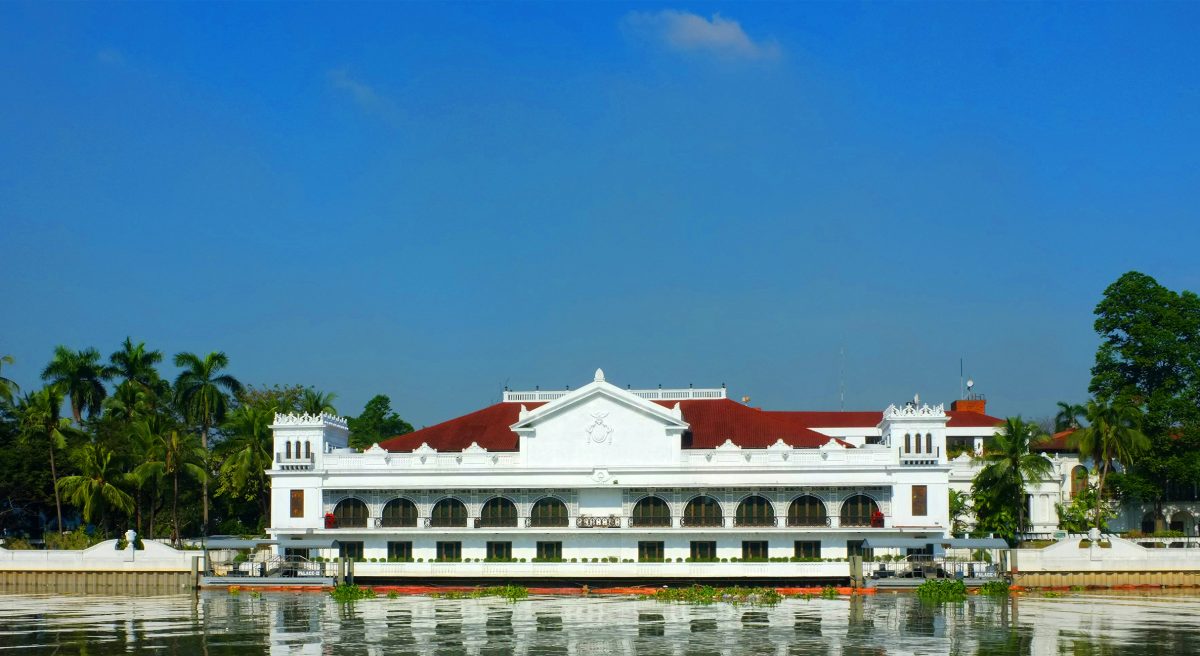 The Malacanang Palace to the President of the Philippines is like the White House to the American President. When Filipinos say “Malacanang” they mean the President or his advisers. The term is like a metonym.

Initially, the palace had to be a summer house near the Pasig River. Now, it is the official residence and workplace of the President of the Philippines.

Yet, the building has been seized a couple of times as results of protests.

This Palace is a building that worths a visit. 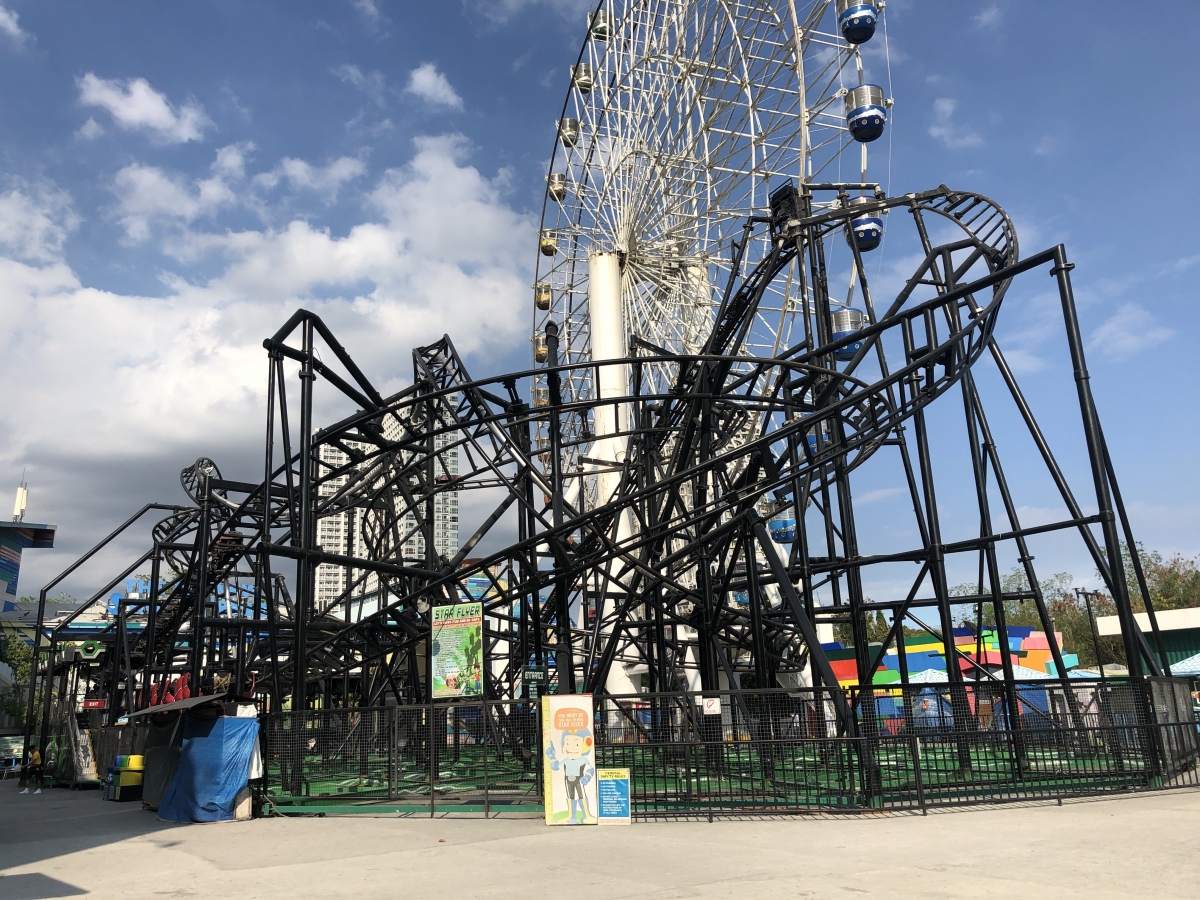 Start City is an amusement park in Pasay. It integrates a fantastic shopping experience with incredible enjoyment events. The visitors can dive in a peaceful world filled with a high-value experience and amusement.

Star City is like heaven to the kids. Enormous amounts of pleasures.

Some of the best places you can check in Star City are scary rides, indoor carnival, snow world, roller coaster rides, and many more.

Probably the best choice for you if you want to forget about your problems. Here you will be able to have a great time with your family.

What’s better than watching the sunset with your beloved one and walking on the waterside promenade at Manila Bay. The waters you can see from the Manila Bay are the same waters where the Battle of Manila Bay happened. The United States conquered Spain in 1898 and brought the 300 years long Spanish rule to an end.

While doing your Baywalk, you will be able to see the skyscrapers. And down the road approaching the Manila Yacht Club, you can visit plenty of cafes and restaurants.

A Bit Of History Before We Conclude

The Manila city was founded in 1574 by the Spanish navigator and governor Miguel Lopez de Legazpi. The colonial rulers throughout history used Manila to rule and made it their home.

The city represents the gathering point of the country’s political, social, economic, and cultural activities. The Philippines capital – Manila resides on the island of Luzon. The name of the city comes from a plant called nilad.

First, the city was called Maynila, later after a few amendments, it got its present name – Manila.

So all set to travel to Manila? We have tried to cover everything and we hope you find this article really useful for your journey ahead! Have a great time in Manila.

15 Must-Attend Festivals in Spain
Prev: Your Ultimate Gui... Next: Things To Do In K...