Beijing, the capital of the People’s Republic of China, is filled with so much culture and history that UNESCO had declared most of it as World Heritage Sites. The experience to be gained there is beneficial to tourists, travellers, and explorers. This Megacity has a very unique blend of modern technology and ancient culture. It is truly a place of beauty.

The Great Wall of China, The Forbidden City, Tian’anmen Square, and a great many others are well known for being exquisite experiences. Then you get down to the life where we have the Roast Duck Restaurants for your exquisite taste of Peking Roast duck, Li Yuan Theatre to watch the amazing Peking Opera. Don’t worry we have a list handpicked for you.

At the end of this, we’ll give you tips that we believe work with every site of attraction listed below. 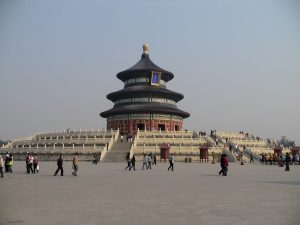 The home of Chinese emperors, families, staff, and state officials was a place that didn’t accept the footfalls of commoners and outsiders, hence the name Forbidden City. It has since being declared a palace museum.

It housed a great range of emperors from the Ming Dynasty to the Qing Dynasty. Built from 1406 to 1420, it resides in the centre of Beijing. A palace Complex of 980 buildings with 9999 rooms, it is an impressive sight to behold. Every part of it holding a significant meaning, from the colour of the roof down to the types of flooring.

It also houses an impressive collection from the Qing Dynasty, up to 1.8 million objects, just for your viewing.

How To Get To The Forbidden City

Take subway line 1 and get off at Tiananmen Dong (use exit A) or Tiananmen Xi Station (use exit B).

Stand in line for security, walk through Tiananmen Square, and you’ll have arrived at the Forbidden City.

Walking The Great Wall Of China In Beijing 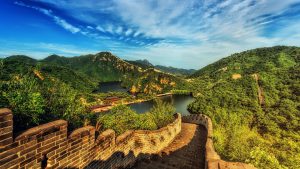 A wall winding about 5,500 miles across China is impressive for both its structure and ingenuity. It was built around 500 years ago by the effort of an army of manpower. With its towers and walkways, it’s a literal walk through the ancient cultures.

Every part of it designed for the offence and defence of its inhabitants, it goes on for about 13000 miles. Being old, sections of it have fallen off; some have been restored, some not. Walking through both the rugged parts and the restored parts is an experience that requires willpower. It is well worth it. There are several sections of it worth listing.

Enduring The Great Wall Of Badaling 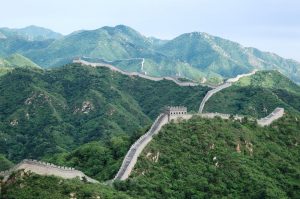 This is a section of the Great Wall you have to see and experience as well. With its northern parts winding up and down the mountains of Beijing, it requires energy to climb.

But the stunning scenery from the top of this 26 feet wall atop the mountainside is well worth it. Its southern slopes are more gentle. It also has fewer visitors, therefore, offers a more quiet and serene environment.

How to get to the Great Wall of Badaling

Take subway line 2 to Jishuitan and exit through Exit B2 and walk to Deshengmen to take bus 877.

Views From The Mutianyu Great Wall 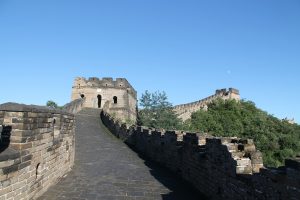 This is the best-preserved section of the wall. It has been renovated to offer more facilities for safety and transport. It’s easier to climb and has a cableway for moving to different parts of it. It is densely spotted with watchtowers and has parapets on both sides for its defence.

Overlooking the sides of this wall is an awe-inspiring view. In the spring, summer, autumn, and winter, the change of natural scenes is a beautiful one.

How To Get To The Mutianyu Great Wall

Wander Through The Summer Palace 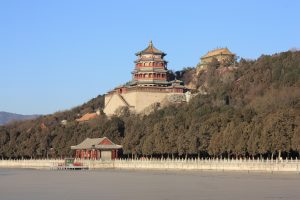 The Imperial Garden of the Qing Dynasty is a truly beautiful place. From the Longevity Hill and the sequential arrangement of buildings around it to the Kunming lake surrounding most of it, we have one of the loveliest places in the world.

After the natural landscape, we have the parts of the hill and surroundings that add beauty to this amazing place. The Sea of Wisdom, the Glass Tower and other exquisite parts to see.

How To Get To The Summer Palace 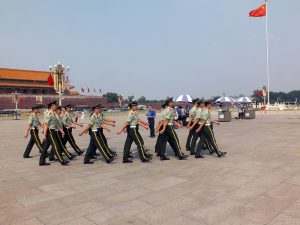 Located in the heart of Beijing is the largest square in the world. On it once stood the most important gate in China, a ceremonial gate that only allowed passage for the rulers of the times. Demolished in war, the site was cleared to start the construction of the square standing now.

You don’t want to miss the raising and lowering ceremony of the Chinese national flag at sunrise and sunset. It is done by a young troop well trained to perform with precision.

Free to enter & an optional 15 RMB to climb Tiananmen Tower.

How To Get To Tiananmen Square

See The Peking Opera At The Li Yuan 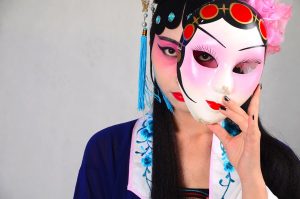 The Peking Opera is a Chinese traditional drama that started in the 18th century. It is a combination of singing, dancing, dialogue, and martial arts in a very beautiful and dazzling display.

They are also well known for using facial painting and masks to symbolise the characteristics of each artist. It also signifies their roles and emotional state in each scene. There are other Peking Opera theatres in Beijing, but seeing it at the Li Yuan Theatre is a really iconic experience.

How to get there

Stroll through the Temple of Heaven 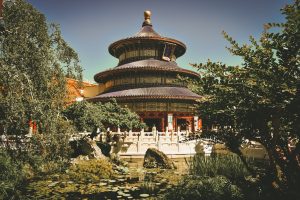 Parts of the main temple include the Hall of prayer for good harvests, The Imperial vault of heaven, and the Circular mound altar. You don’t want to miss taking a walk through its cypress groove.

How To Get To The Temple of Heaven

Take subway line 5 to Tiantan Dongmen Station and use Exit A.

Immerse Yourself In The Beihai Park 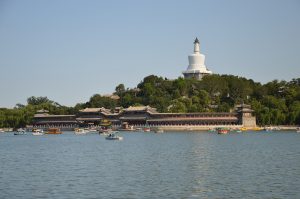 This is the oldest Imperial garden in the world, so it comes with a lot of history. Beihai Park (North Sea) was originally built in 938 by the Liao Dynasty. It has also been destroyed and rebuilt by all the other dynasties that followed.

Its beauty is owed to the well sought secret portion known as the elixir of life, which emperors dreamed to have. It is well known for its maze in a stone cave, beautiful gardens, pavilions, and temples. It has the biggest skating rink in the winter and beautiful scenery in the other seasons.

How To Get To Beihai Park

Take subway line 6 and get off at Beihai Bei Station. Use exit B and walk 5 minutes to the north gate of the park. 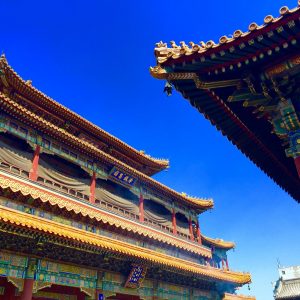 This is the first real temple on this list as it is still an active place of worship. Built-in 1694 as the residence of a prince, it was converted to a Lamastery in 1744. It the most renowned Tibetan Buddhist temple and officially known as the Harmony and Peace Palace Lamasery.

It houses the impressive bronze statues that depict well-known figures of their history. You will get to see the monks active in prayer at certain moments.

How To Get To Lama Temple

Take Subway Line 2 or 5 to Yonghegong Station and use exit C. Walk 400 meters down the road and you’ll find the entrance to the temple. 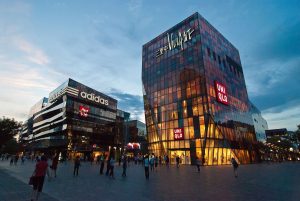 Labelled the liveliest neighbourhood in Beijing, this is the most famous and unique place to visit. It has it all; Greyhound Cafe, Yashow market, the bookworm cafe, and a lot other famous names of places to mention just a few. Opposite House hotel, a popular Beijing hotel among visiting elites is also located here.

It was first popular for being a hotspot for foreigners and foreign embassies in the 1950s. Then for its bar scene in the 1990s. These days, its immense Taikoo Li shopping, dining, and entertainment complex have become its centre of attraction. It’s also the go-to spot for visiting celebrities. 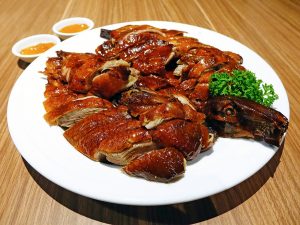 They say if you don’t taste the Beijing roast duck, then you have come to Beijing for nothing. It is China’s world famous dish being their best and most traditional duck.

Words can’t accurately describe how exquisite this dish is. Its crispy skin, juicy meat inside with its sweet barbecue-like sauce, and some vegetables like cucumber and green onion. It’s preceded by its rich heavenly aroma and luscious appearance which just about brings you off your seat.

Do check it off your list. It will leave an impression on you.

It is prepared at Deyuan, Quanjude, Bianyifang, Liqun and Dadong Roast Duck restaurants. These restaurants also have their branches all around Beijing. Deyuan Roast Duck Restaurant located on Dashilan Pedestrian Street.

How To Get To Deyuan Roast Duck Restaurant

Turn left at the exit and take the underground walkway to cross the street.

Next, turn left after you come out of the walkway and follow the road for 380 meters.

Then, turn right onto Dashilar Pedestrian Street, walk straight for 250 meters and Deyuan Roast Duck Restaurant will be on your left. 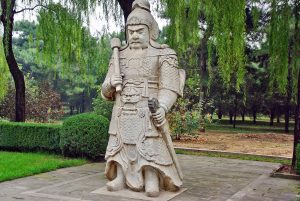 You need to visit the 13 mausoleums that were constructed for the bodies of the 13 Ming emperors, 23 empresses and many others attached to the imperial family. All are identical in structure and architecture but differ in complexity and size.

Each has a forecourt where ceremonies such as memorials and sacrifices where held. The Changling tomb is the main mausoleum, constructed first and is the largest among the 13.

The Dingling tomb is the only one fully excavated among them. So if you want to see the tombs in all detail, you absolutely have to visit this one. It has the corpse of two emperors and their Empresses.

And you definitely have to stroll through the sacred path which leads to each tomb. They are lined on both sides by impressive statues of sentries, elephants, lions, and many others.

Entry to the various tombs vary and also change according to season. You can either call in to check for the specific timings so as to avoid disappointment.

How to get there

Sacred Way:
First, you take Bus 872 and get off at the 10th stop of Huzhuang in Changping District, and walk 180 meters to Sacred Way.

Dangling Tomb:
After your Changling tour, take Bus 872 or 879 and get off at the next stop of Dingling Tomb.

Our tips for you…

Go early: It seems the Peking Chinese are morning people. They always get up early to start out their life and in places like the Temple of Heaven, watching them is a true delight. Light exercises, Tai Chi and other martial arts are performed with entrancing movements.

Know each area: The directions given in this article are accurate but it doesn’t account for your lodging in sections of the city afar off. There are always stands and other places you can get directions. You can check online as well.

Beware of Scammers: Just like in every city that is beautiful, there are the ugly hidden parts. And people who are willing to dupe unsuspecting foreigners. Make yourself aware of different scams by watching videos and learning about it online.