Africa has the most impressive rivers – the Nile, Niger, Breede, Congo, Zambezi, and Orange. These African rivers are the lifeblood of its people and the animals in the desert.  They are breathtaking examples of nature that we must strive to preserve and protect.

These nine rivers are all gorgeous feats of nature and boast some amazing facts and statistics, making them even more impressive. 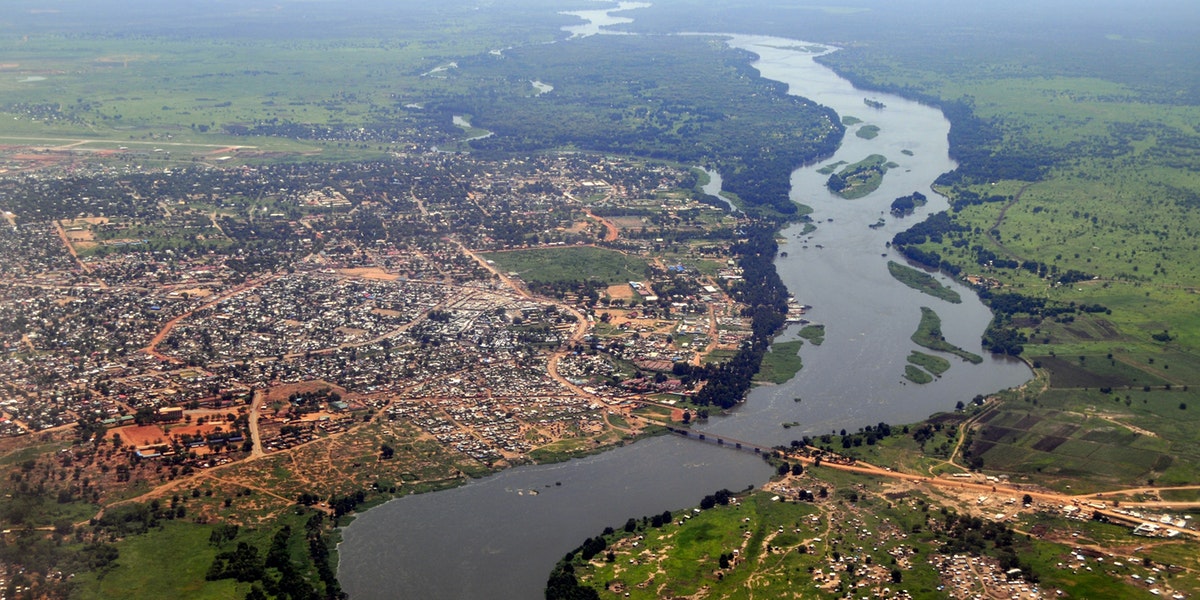 The Nile is Africa’s longest river, which flows almost 6,700 kilometres. Not only that, but it’s also the longest river in the world. And it’s undoubtedly Africa’s best-known waterway!

It drains about 10 percent of the whole of the African continent. That is about 3 million square kilometres and has two key tributaries.

The first is the White Nile, which rises in the great lakes region with its most distant source in Rwanda. The second tributary is the Blue Nile, with its source in Ethiopia. The Nile discharges about 3.1 million litres per second.

The two tributaries meet near Khartoum, the capital of Sudan. They then flow north through the Sahara desert until they reach the Mediterranean Sea by means of its large delta. A great number of Egyptians live on or near the river as it is the heartbeat of their community. If you’re looking to see the River Nile, check out some of these tours that will help you explore one of Africa’s greatest rivers. 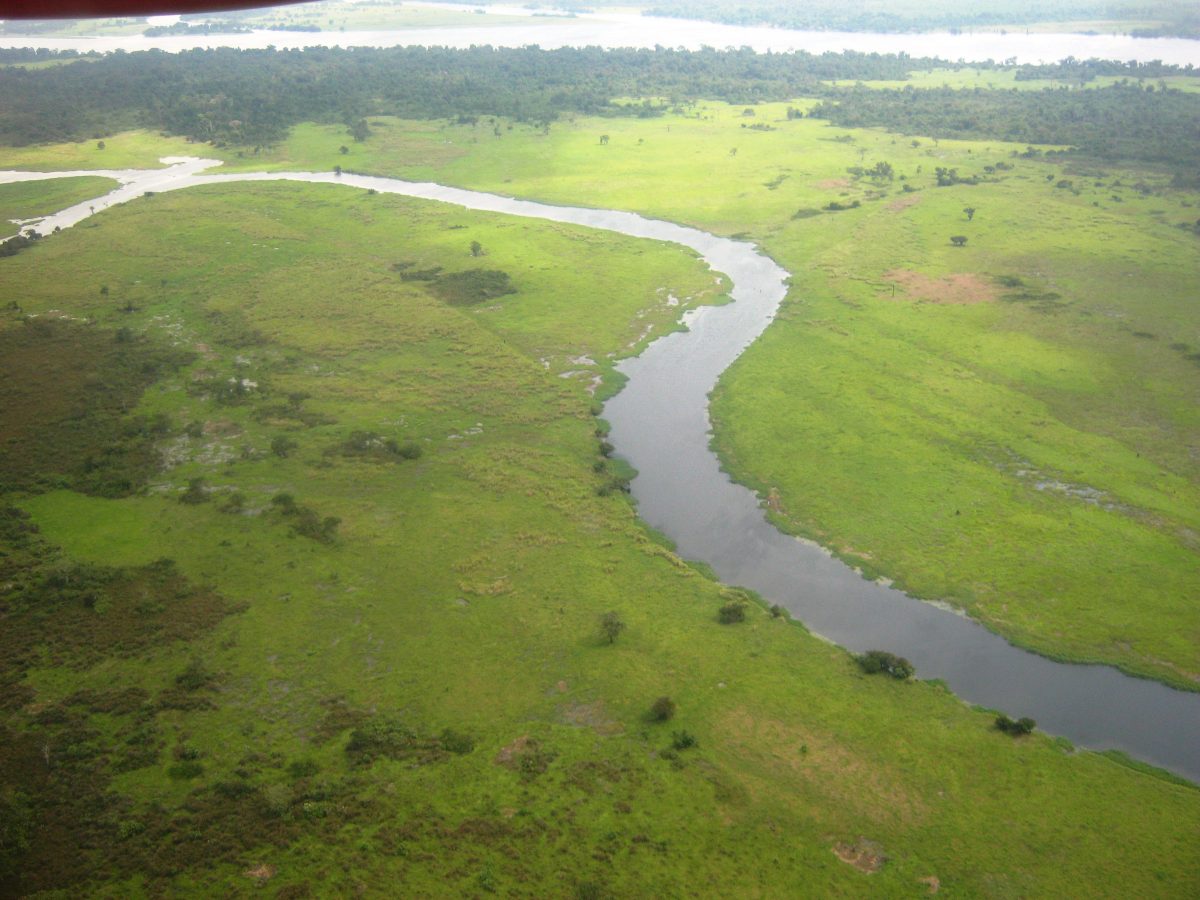 The second longest river in Africa is the Congo River. It’s often also referred to as the Zaire River, which flows westwards through central Africa for over 4,700 kilometres. It’s almost 2,000 kilometres shorter than the Nile. However, what it lacks in length is made up for in sheer volume.

The Congo River is the deepest river in the world, reaching depths of over 215 meters. It discharges an incredible 34 million litres of water per second. This is the second-highest discharge rate, the first being the Amazon River.

The source is the Chambeshi River in Northern Zambia, which is located near to the source of the eastward flowing Zambezi River. The rest of the river flows within the Democratic Republic of Congo and forms part of its border.

Tours and cruises are available that’ll show you the beauty of this river. 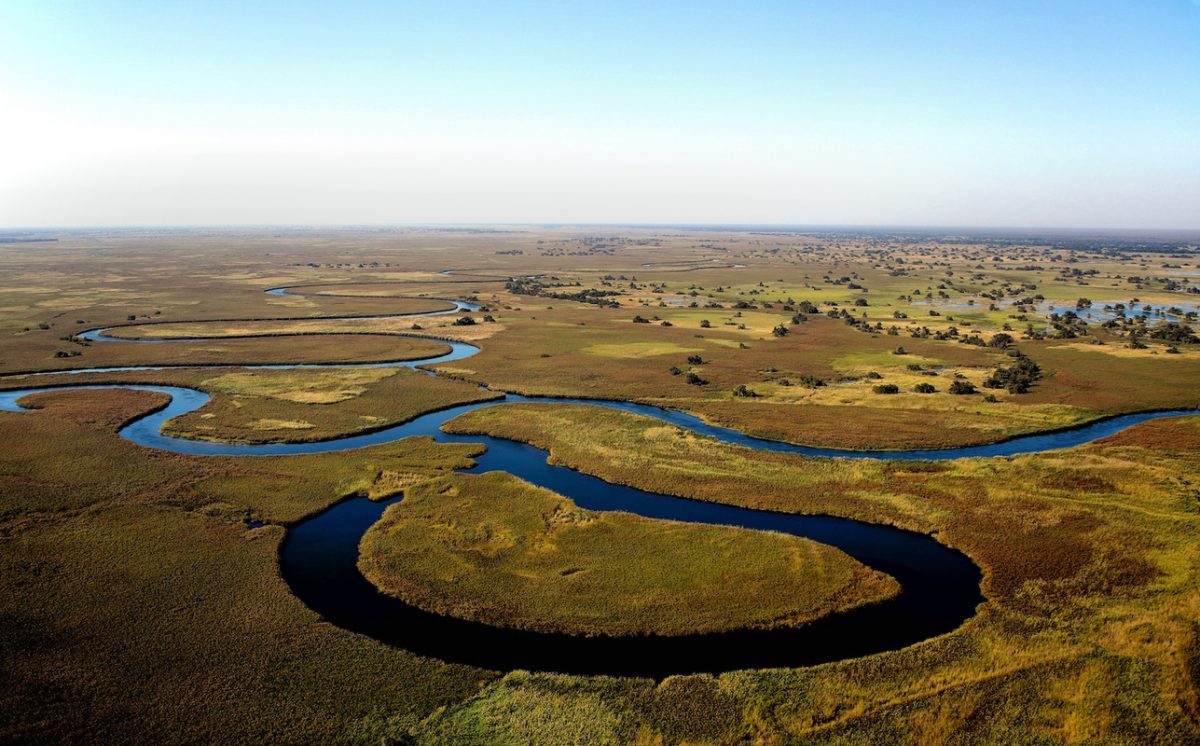 Africa’s third longest river is the winding Niger River. The river is almost 4,200 kilometres long and is West Africa’s main river. Its peculiar boomerang shape has confused many for centuries, as its source is just 240 kilometres from the Atlantic Ocean.

However, the Niger River flows away from the ocean into the Sahara Desert of Mali before turning south-east near Timbuktu. It then flows through Niger along the border of Benin until it finally reaches Nigeria. Its main tributary is the Benue River, which itself is an amazing 1,400 kilometres long.

A peculiar feature of the river is the Niger Inland Delta which forms where the river abruptly becomes less steep. This makes an area of connected streams, marshes, and lakes which covers the same amount of land as Belgium. The yearly floods make the delta ideal for fishing and farming. 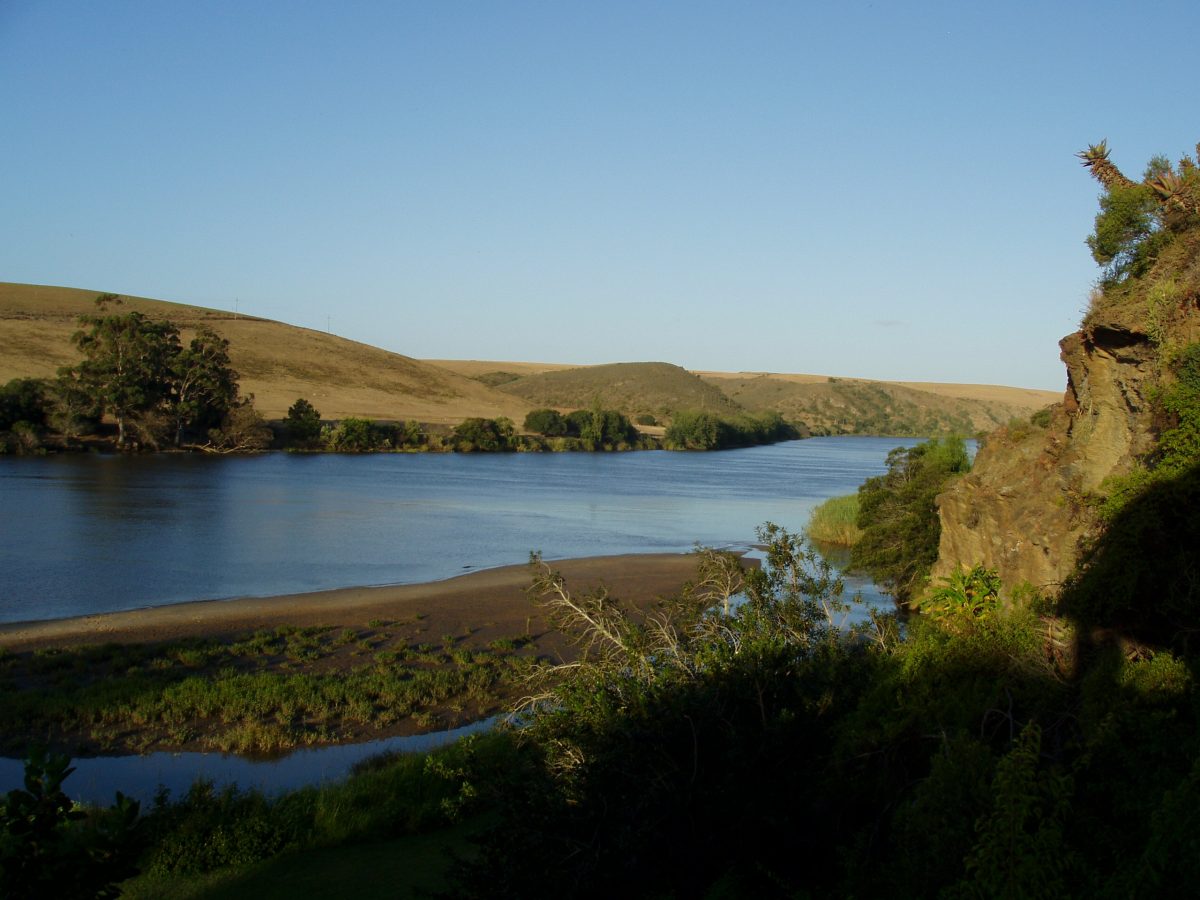 The Breede River, also known as Breë River, flows through the Western Cape, travelling inland north from Cape Town in a west to east direction. The western mountains surrounding the Breede River formed the first continental divide. The European settlers experienced this in the 18th century. It merged the Titus River and Dwars River, which became the Breë River.

The Breede River is the longest navigable river in the Western Cape. It provides important irrigation for the fruit and wine farms that are located in the Breede River Valley. It flows past some significant agricultural towns like Worcester and Swellendam.

Many dams are located on the Breede River. This includes the Theewaterskloof Dam and the Greater Brandvlei Dam. The Brandvlei Dam was completed in 1936 and fully extended by 1987. It provides water to many irrigation schemes throughout the agricultural sector of the region. 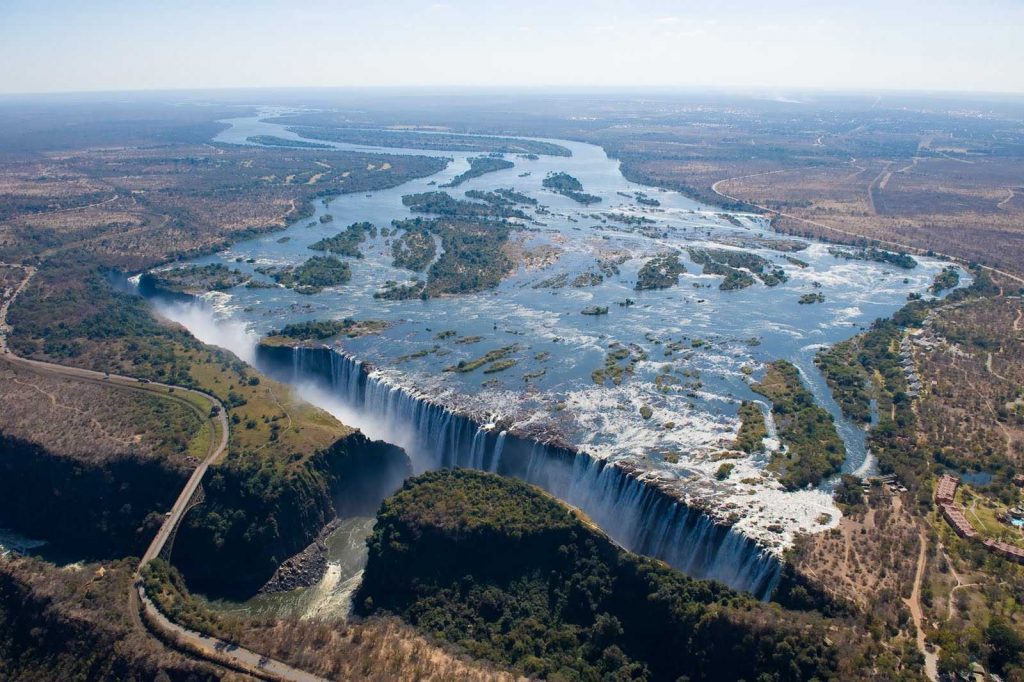 Flowing over 2,700 kilometres, the Zambezi River is the fourth-longest river in Africa. But it’s the longest east-flowing river into the Indian Ocean. Its catchment basin is 1.4 million square kilometres. This is more than half the size of the Nile’s.

The source of the Zambezi River is about 1,500 meters above sea level. It is very close to the border where Zambia, Angola, and the Congo meet. From its source, it flows through Zambia, Angola, Namibia, and Botswana. Eventually, it flows back into Zambia before Zimbabwe, then discharging at its delta in Mozambique.

The best-known feature on the Zambezi River is the Victoria Falls, the biggest curtain of water in the world. It boasts the Zambezi Transfrontier Conservation Area, which covers more than 400,000 square kilometres. This makes it one of the largest conservation areas in the world.

There are two large hydroelectric dams on the Zambezi River which provide power to various African countries.

See the beauty of the river and its surrounding wildlife by booking a tour from the Zambezi Safari & Travel Company. 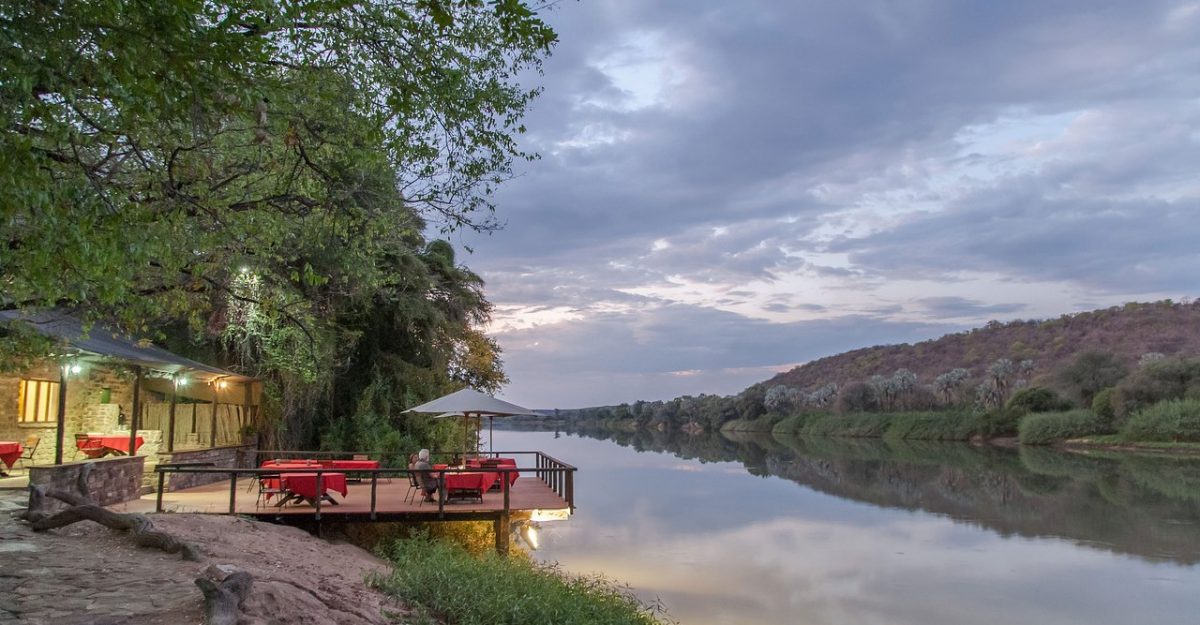 The Kunene River (Namibian spelling), or the Cunene River (Portuguese spelling) flows south from the Angola highlands. It crosses the Namibian border, where it then flows west along the border before flowing into the Atlantic Ocean.

It’s one of the few perennial rivers in the area, covering just over 1,000 kilometres. Its drainage basin covers about 106,500 square kilometres, and it discharges about 174,000 litres per second at its mouth.

The stunning Epupa Falls is a stunning feature on the river where the ancient baobab trees line the gorge. The Olushandja Dam is located on one of the Kunene River’s tributaries.

Book a tour from Kunene Tours & Safaris and relax along the shore of this scenic African river. 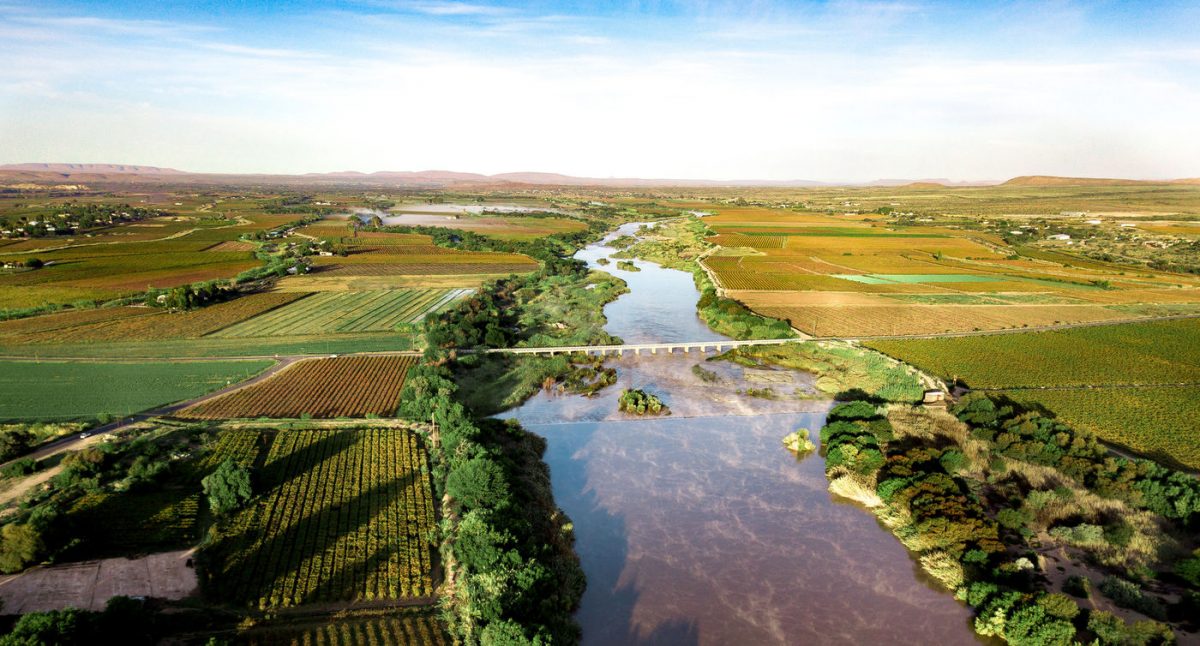 The Orange River rises in Lesotho and flows for 2,200 kilometres west through South Africa. It creates the border between South Africa and Namibia before flowing into the Atlantic Ocean. The Orange River is Africa’s fifth longest river. Its catchment area is about 973,000 square kilometres.

Its main tributary is the Vaal River. There are more than 29 dams built along the basin. The largest is the Gariep dam, which is an important source of hydroelectric power and water for irrigation.

The Orange River also supplies the Eastern Cape with water via the Orange Fish Tunnel. This is the second-longest supply tunnel in the world, which spans 83 kilometres.

As the Orange River flows westward, it passes through the semiarid regions of the Kalahari and Namib deserts. These areas receive less than 50 mm of rainfall per year which contributes very little water to its volume.

Ride a raft with your friends along this river and have a taste of African adventure. 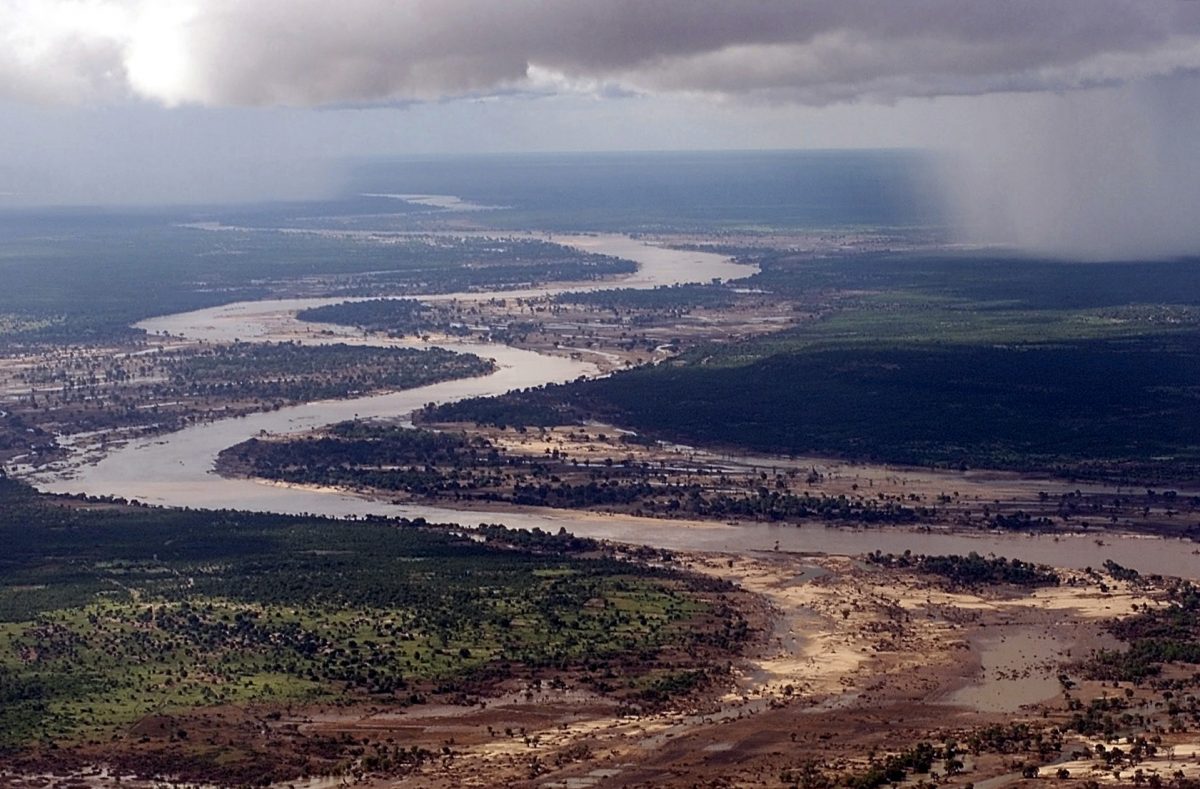 Limpopo River flows through South Africa towards Mozambique. The Limpopo river is 1,750 kilometres long. It’s the second-largest river in Africa that flows in the Indian Ocean. The river is formed by two tributaries, the Crocodile River and the Marico River.

The Limpopo river is a part of the beauty of the Mapungubwe Heritage Site, which has a fascinating ecosystem. This ecosystem encompasses elephants, stunning birds, along with numerous populations of hippos and crocodiles. There are approximately 350 species of birds spotted around the Limpopo River, therefore it has an incredible birdlife.

It’s a great place to see for nature lovers, since there is plenty of wildlife to see. You’ll be able to see hippos skipping in the water and birds circling around the blue sky.

Tour the length of this river and take photographs of the abundant wildlife in the area. 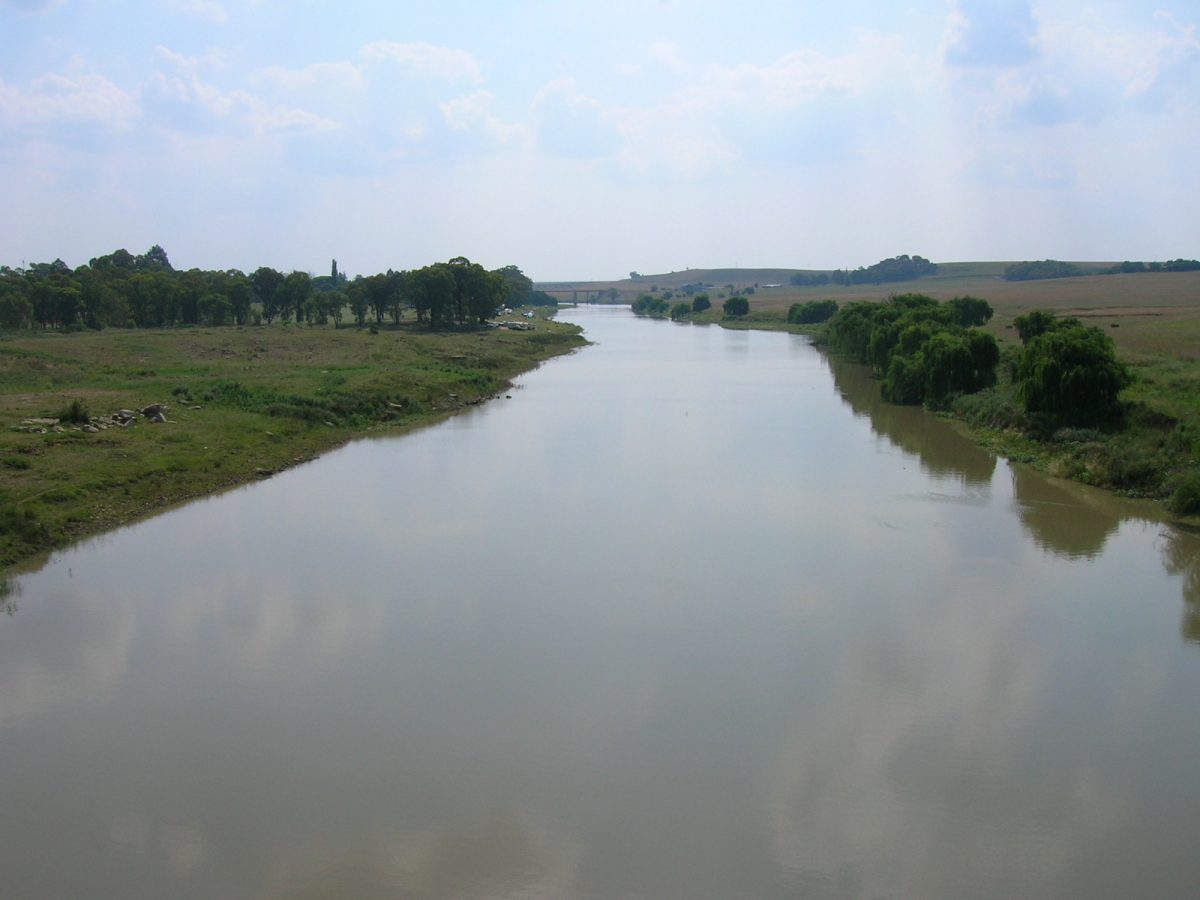 The Vaal River is 1,120 kilometres long, which makes it the largest tributary of Orange River. It’s the third-largest river in South Africa, and it is well known for the beauty of the Vaal Dam, between the Free State and Gauteng.

The river has 50 kilometres of water which are navigable. This attracts tourists through numerous leisure water sports and activities. This includes yachting, boating, and water skiing.

The Vaal Dam is more than 300 km long, with approximately 800 km of coastline. Thus it is the second-largest dam in the region. The dam is also well known for its water activities.

These attract numerous sports lovers from around the world. These activities include an annual island race which is the largest inland yacht race in the world. If you’re not much of a sporty person, get on a river cruise and simply take in the river’s picturesque views. 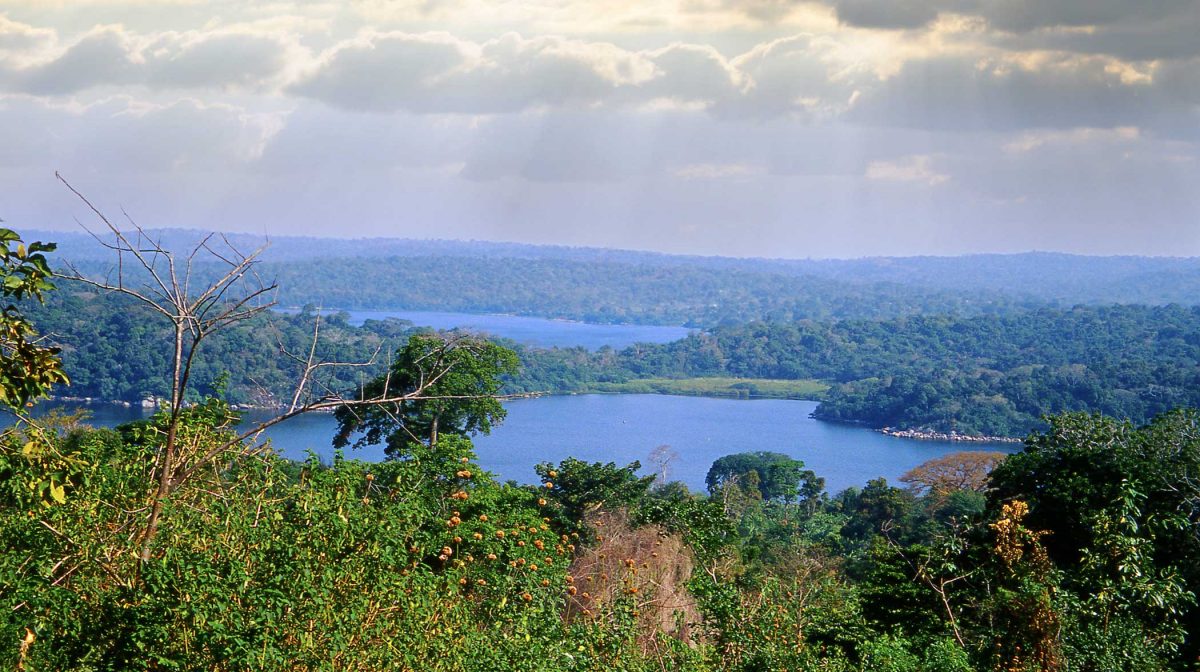 Africa has only two seasons: wet or dry. The best time to visit African rivers is from May to September. The main reason is that it is the dry season, which pushes wildlife towards rivers and waterholes.

During these months, the weather is warm and, mainly in September. This means the wildlife is great. In addition, the dry season comes with less humidity, which decreases the risk of malaria.

However, the nights can be rather cold, so make sure to have appropriate clothing. You should avoid travelling to Southern Africa from November to March. This is because it is both the hottest and windiest period of the year. These conditions make it challenging to visit or to admire the wildlife.

East Africa has a rainy season between March and May and another one from October to December. The wet season is appropriate due to the vivid green ecosystem. However, wildlife is harder to spot. On the other hand, the dry season is best for wildlife viewing. 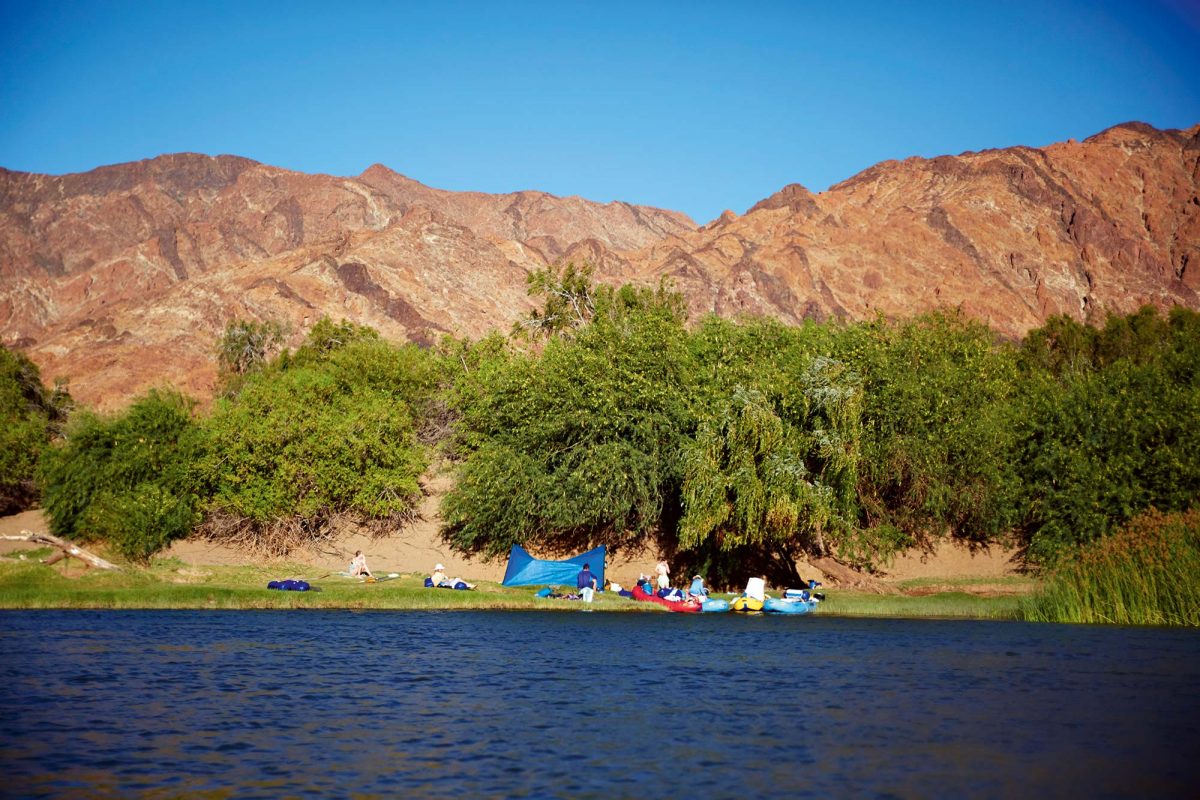 In conclusion, Africa’s rivers are extremely spectacular and impressive. The ecosystems are rich and natural, and the wildlife and views are breath-taking. Home to numerous species of birds, animals, and plants, Africa’s rivers are must-see due to their natural beauty.

But Africa is also the place of the longest river in the world, the Nile, the rapid Congo River, the great Niger Inland Delta , the dams of Breede River and Vaal dam, Victoria Falls on the Zambezi River and the stunning Epupa Falls on the Kunene River, great wildlife on Limpopo river and many others.

Find yourself travelling alone in Cape Town, South Africa? Here are some travel safety tips you might need.