With bustling markets and vibrant national parks, Mumbai is a magical place to visit. It is one of the largest slums in the world juxtaposed with the undeniable glamor of Bollywood. As a result, it is a city of extreme contrasts. With a current population of 20 million, exploring magical Mumbai is challenging, but also undeniably unique.

From family-friendly activities to age-old traditions, listing all of the must do things in Mumbai could take all day. Mumbai’s distinctive character and history can instead be discovered through its diverse culture and mouth-watering cuisine. It doesn’t hurt to immerse yourself in life as a ‘Mumbaikar’, doing as the locals do.

Admire the Gateway of India

The city’s most famous tourist attraction, the Gateway of India Mumbai is one of the must do things in Colaba Mumbai. It was built by George Wittet in the 20th century to honor the visit of the English monarchs, and three years later it was through this arched gate that the British troops departed in 1947, marking India’s independence from the British Empire.

Located at the tip of Apollo Bunder, it’s called the Gateway of India because it’s the first thing you come across when you arrive in Mumbai by boat. This 85-foot tower offers one of the best views of the sunset which makes visiting the Gateway of India at night well worth it! 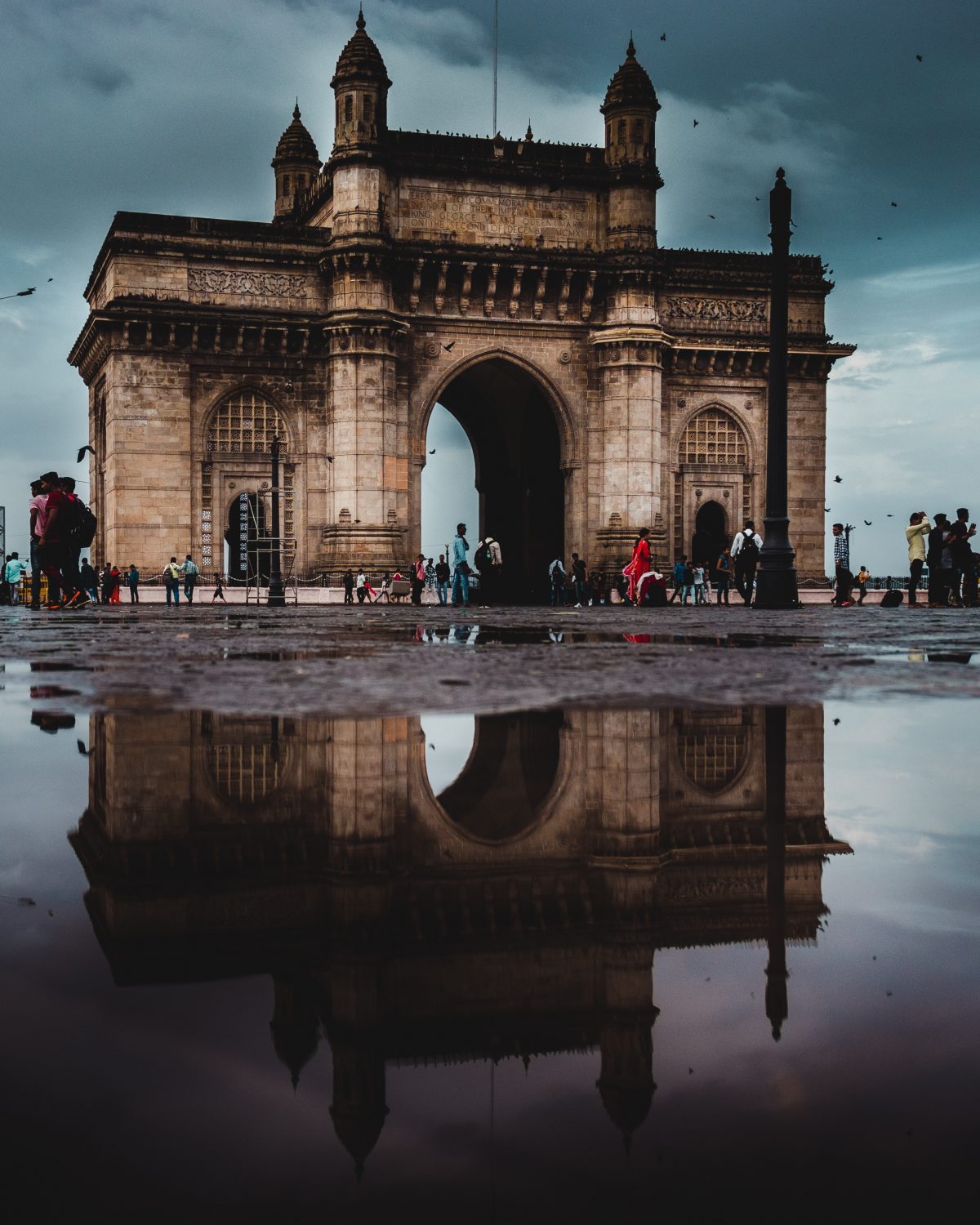 © Photo by Parth Vyas on Unsplash

Gilbert Hill Mumbai is nicknamed Gilbert’s Toe because it looks like a 200-foot high extremity protruding from the hills. At 66 million years old, this ancient column is one of the oldest basalt formations on earth!

There are only two other formations like it in the world – the Devil Tower in Wyoming and Devils Postpile National Monument in California – but unlike other natural landmarks, you can actually get right up close to it. The pathway leading to two Hindu shrines make climbing Gilbert Hill easy for an incredible bird’s eye view of the city. Planning to go on foot? You can get from Andheri Station to Gilbert Hill in just 11 minutes! 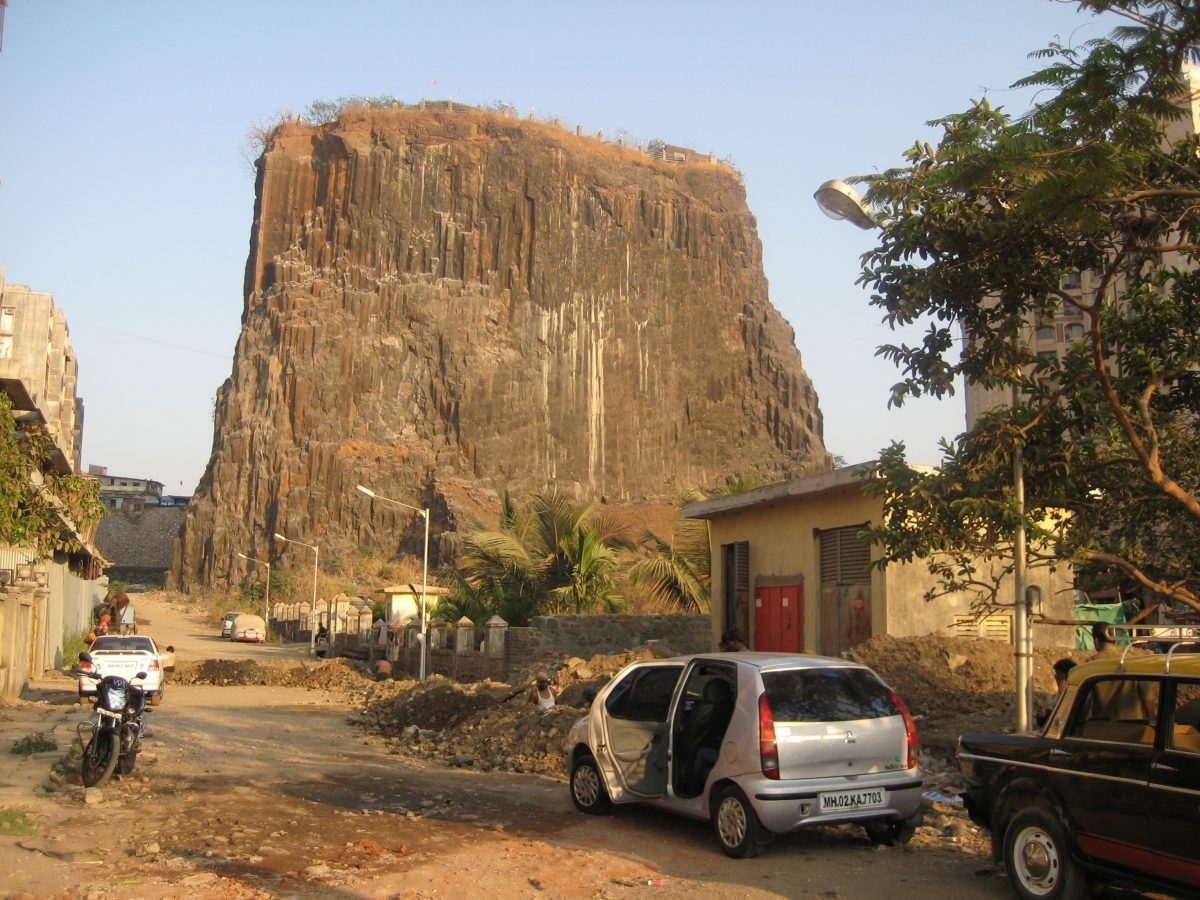 Experience the authentic culture of everyday life in Mumbai by visiting the largest man-powered Laundromat in the world, and witnessing the famous dabbawalas going about their day of work.

These washermen hand-wash thousands of pieces of laundry every single day. At the same time, couriers deliver around 200,000 lunch boxes to people working in office blocks using a color coding system perfected for over a century.

Sign up for a Dhobi Ghat Mumbai tour for an insider’s look into both of these fascinating Mumbai traditions! 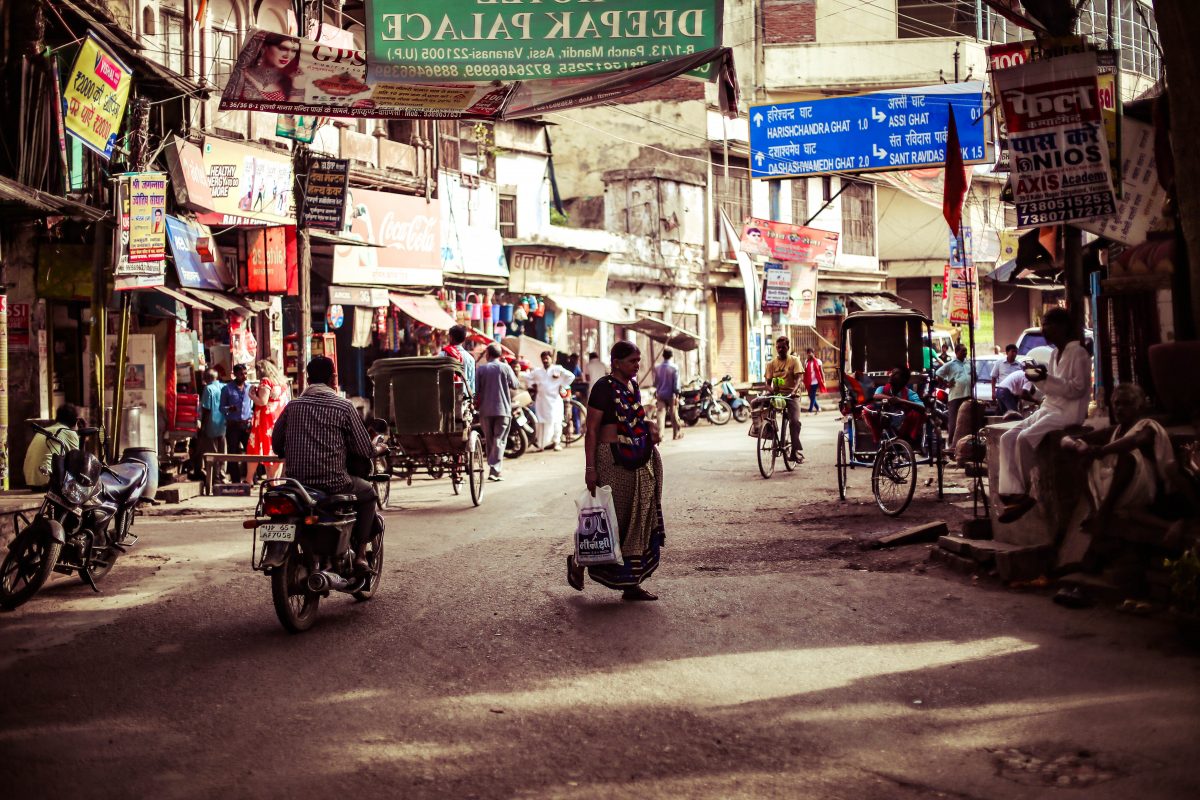 © Photo by Charl Folscher on Unsplash

Get Lost in Kala Ghoda

If you’re interested in art, you’ll love a visit to the Kala Ghoda Art Precinct, a cultural district that runs along Mahatma Gandhi Road.

Meaning ‘Black Horse’, the Kala Ghoda was named after a statue of King Edward VII that stood here during colonial times. Today, it’s simply a spot to soak up some arts and culture in Mumbai, with fantastic art galleries and museums to explore.

The best way to discover this part of the city is with a self-guided walking tour so you can stop wherever and whenever you like. Don’t miss the nine-day Kala Ghoda festival held annually. 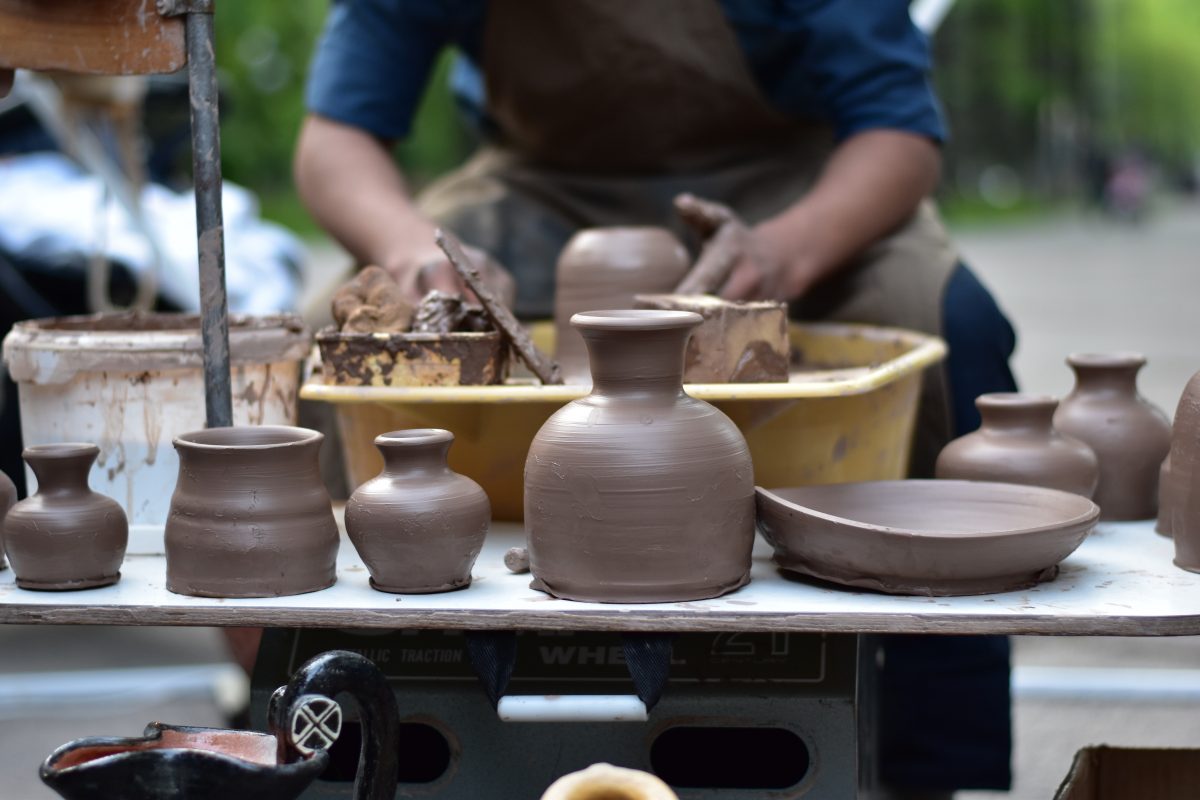 Learn About the 1944 Explosion

India may have escaped the horrors of the Second World War, but it had a tragedy of its own. The 14 April 1944 Bombay explosion in Hindi that stole the lives of nearly 1,000 Mumbai citizens.

A cargo ship carrying commodities caught alight and exploded. Fire-fueled debris then set fire to nearby ships and neighborhoods. Around 80,000 people lost their homes and over 70 firemen died trying to put out the fire.

Over 75 years later, many locals have forgotten about the Bombay explosion. However, a piece of a ship’s propeller at St. Xavier’s High School serves as a reminder of the tragedy. It can be seen three miles from the original blast site of the Mumbai explosion today. 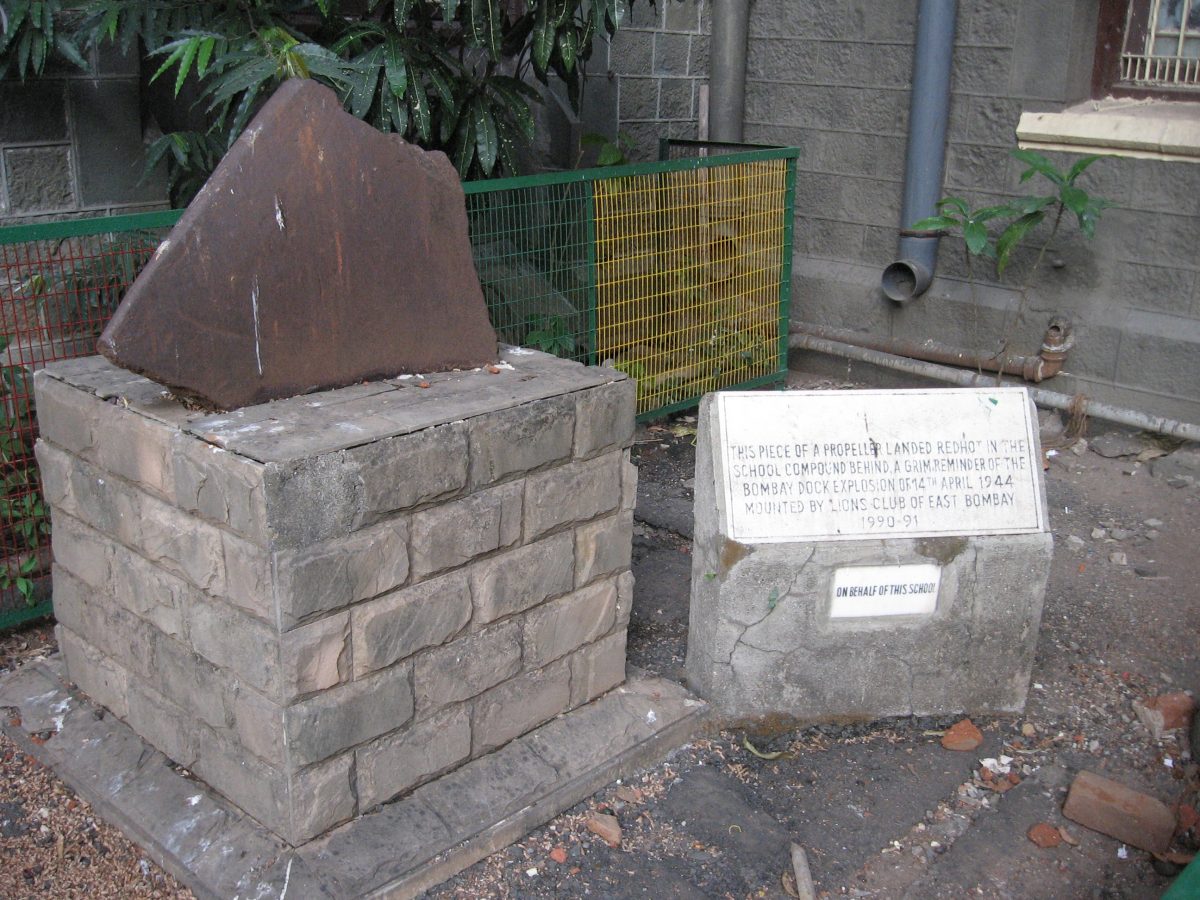 © Photo by Nicholas on Wikimedia Commons

Mumbai’s Antilia was built by Indian tycoon and billionaire, Mukesh Ambani who lives in this 400,000-square-foot mansion with his wife and three children. One of the most interesting Antilia facts is that while towering 27 floors high, the ceilings are double-height inside Antilia meaning each floor is twice that of an average house.

According to Forbes, it’s the world’s most luxurious home, valued at over one billion dollars! The skyscraper includes six floors of parking, three helicopter landing pads, and 600 staff to run the place. 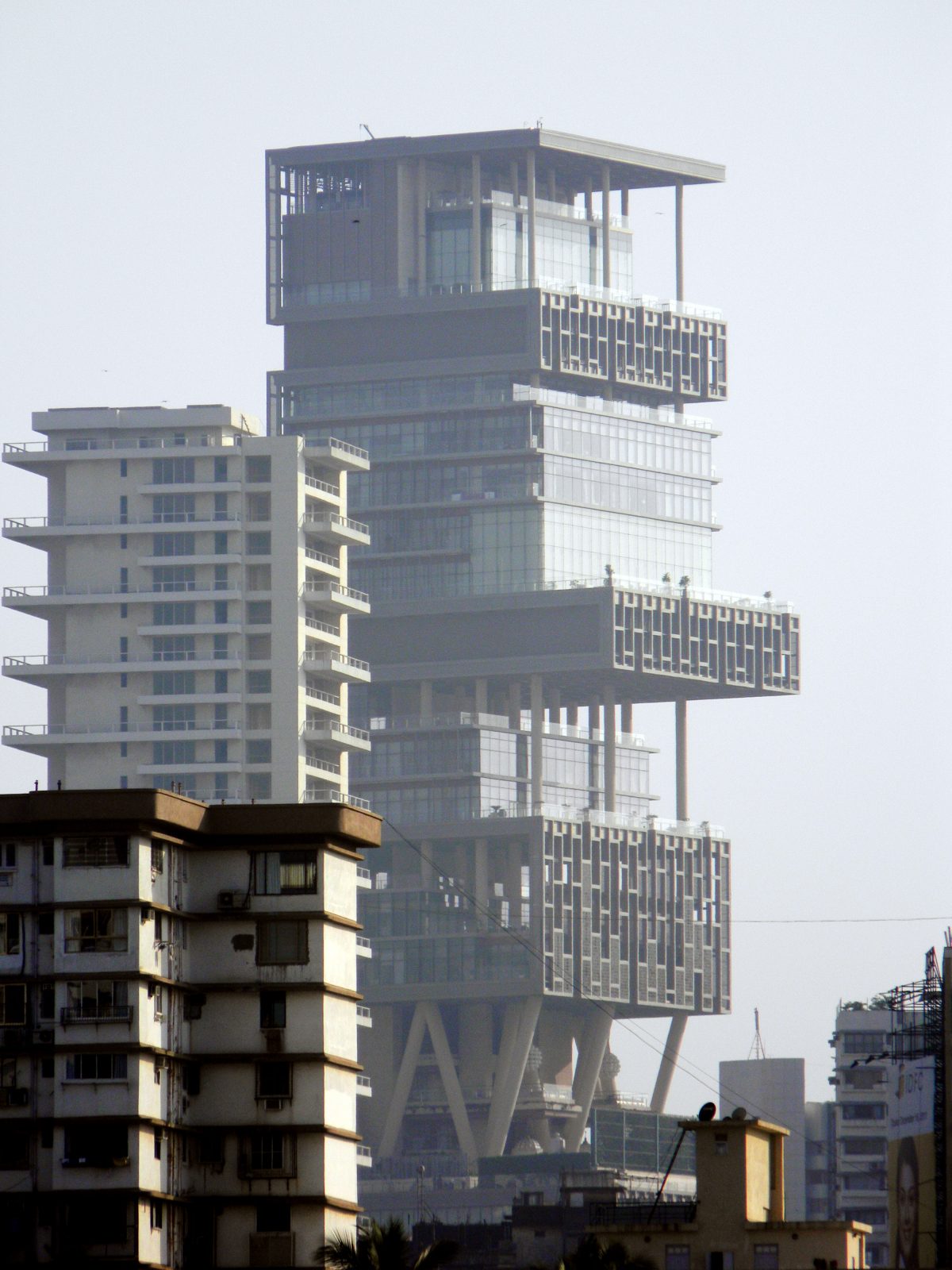 Mumbai is big on sunsets, but the sunrises here are pretty stunning too. While most people tend to head to Boulevard Drive and hang out on the nearby beaches at ‘golden hour’, the Bandra Fort is something truly special because you can witness both the sunrise and sunset in the same place.

A popular hangout spot for locals, the Bandra Fort Mumbai is filled with people wanting to catch a glimpse of one of the city’s most Instagram-worthy landmarks. But, luckily for those in the know, the Bandra Fort sunrise remains one of Mumbai’s best-kept secrets! 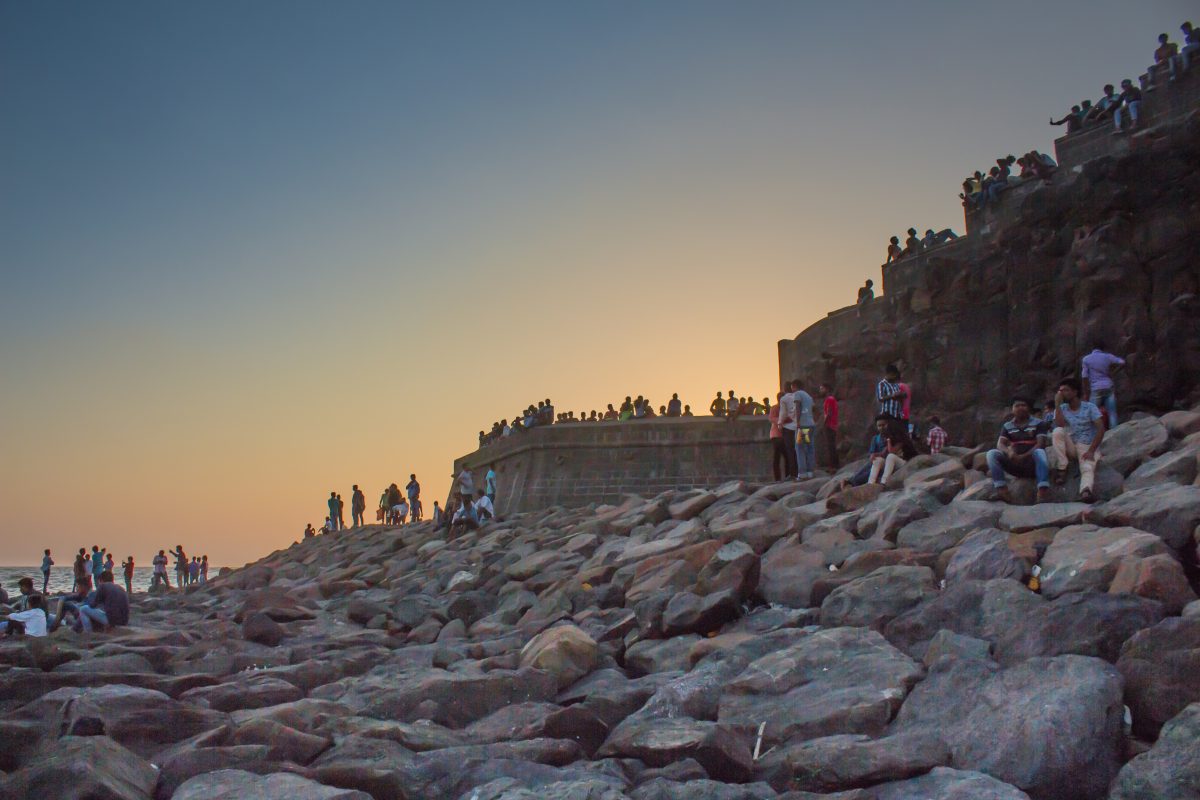 © Photo by Thomastebin on Wikimedia Commons

Stroll the Hanging Gardens of Mumbai

After the endless Mumbai activities on offer, some time out in nature is much welcome. The beautiful Hanging Gardens of Mumbai is a stunning terraced park that cascades down the western slope of Malabar Hill.

Built in 1881, the Hanging Gardens offer exceptional views of the Arabian Sea and Marine Drive Mumbai. There are also dozens of hedges expertly carved into animals of all shapes and sizes throughout the park! One of the top 10 things you must do in Mumbai is taking the kids to the ‘Old Woman’s Shoe’ – a giant boot they can play inside.

Please note that the Hanging Garden Mumbai parking may be an issue as there’s no official lot, but you can park your car on the side of the road. 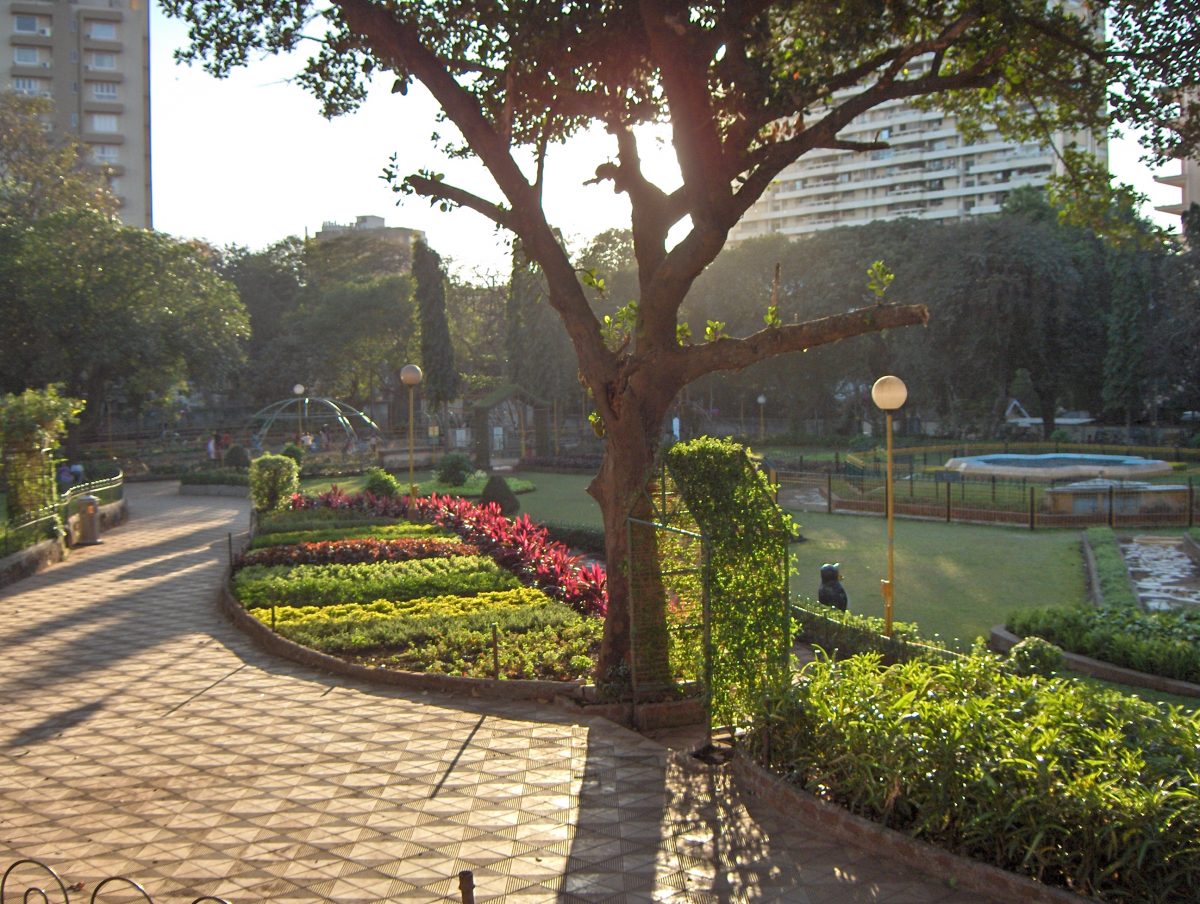 © Photo by Nichalp on Wikimedia Commons

Shop for Souvenirs along the Colaba Causeway

The Colaba Causeway is one of the best things to do in Mumbai near the Gateway of India, whether you’re looking to enjoy some shopping or simply to soak up the lively atmosphere. Connecting Colaba and the Old Woman’s Island, you’ll find anything you could dream of here, from jewelry and accessories to food and designer clothes.

When all that shopping has worked up an appetite, there are plenty of cafes where you can satisfy your hunger, including Mumbai’s most famous restaurant, Café Leopold.

© Photo by Udaykumar PR on Panoramio

Get a Taste of Indian Street Food on Marine Drive

For a taste of the best street food in Mumbai at night, head to Marine Drive Mumbai. This two-mile (3.6 km) stretch of Marine Drive is nicknamed ‘the Queen’s Necklace’. 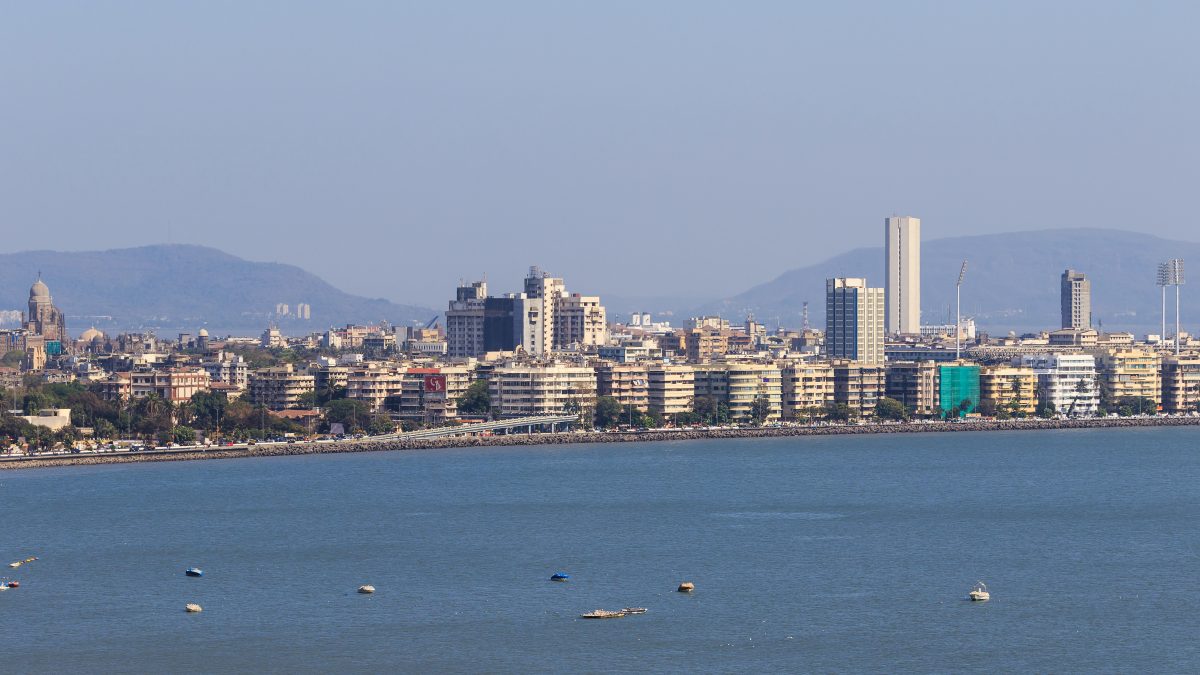 © Photo by A. Savin on Wikimedia Commons

Barter for Goods at Crawford Market

Mumbai is a city of markets where bartering is the order of the day. If you are looking to splurge on a gift for home, Crawford Market is the place to be at.

While many people enjoy the Crawford Market home décor stores and jewelry shops, there are also many other markets and bazaars to explore, such as Chor Bazaar Thieves Market with its antiques or the Lalbagh Market with its fragrant spices. Most of Mumbai’s market stalls have the best Mumbai street food recipes, so come hungry! 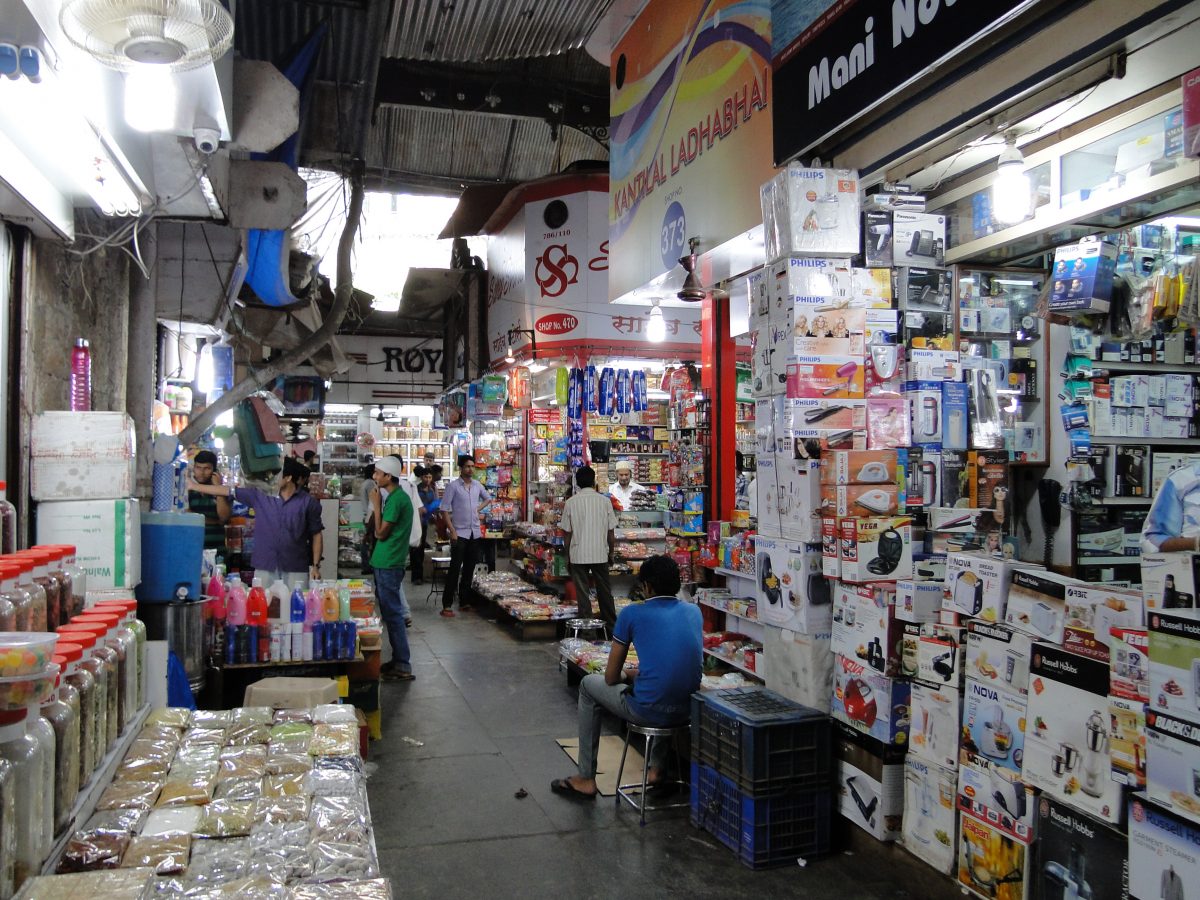 Experience the Magic of Bollywood

Mumbai is the heart of the Bollywood film industry. Here you’ll find everything from actual film sets to cinemas where you can watch some of the best Bollywood movies. Dating back to 1899, Bollywood is now one of the largest film producers in the world today.

The opportunities for experiencing the magic of Bollywood are endless. Head to Film City in western Mumbai for a behind-the-scenes half day Bollywood tour of Mumbai. Watch a movie at Eros Cinema or catch a Bollywood show at the famous Prithvi Theatre. If you’re lucky, you may even spot some famous Bollywood actresses and actors! 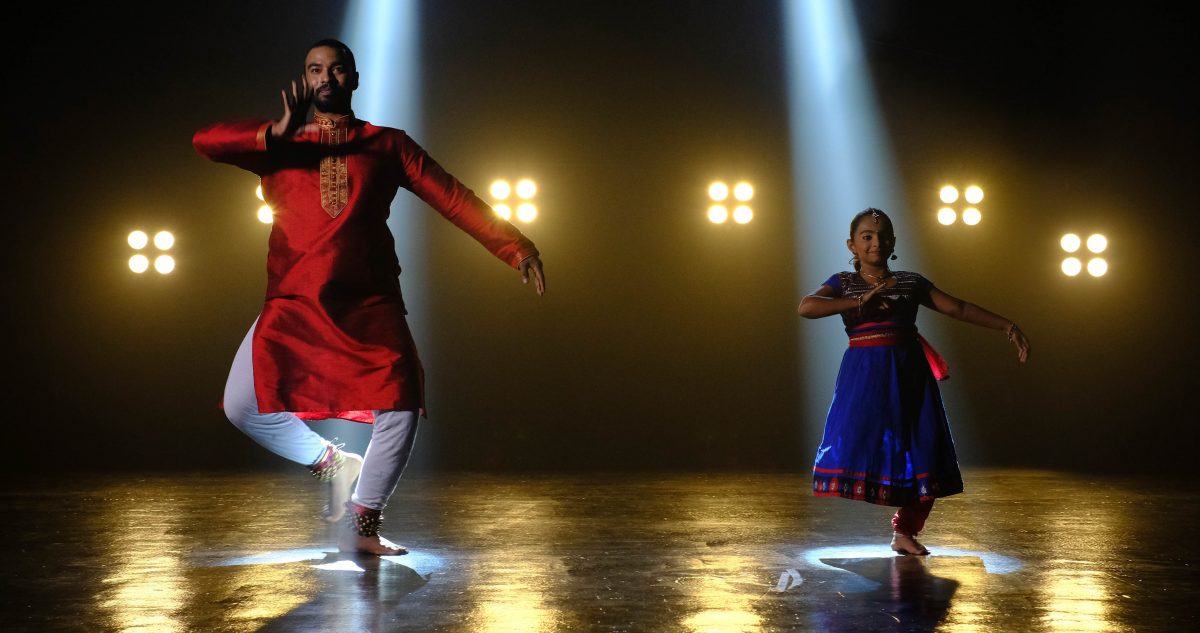 © Photo by Nik Radzi on Unsplash

Sanjay Gandhi National Park is one of the best places to escape the city crowd. It is the largest forest within a city’s limits. The national park is an idyllic nature retreat filled with rare plants, waterfalls, and wildlife.

The park is also home to unique landmarks such as the Shilonda waterfall and hillside Kanheri Caves. Enjoy your time as you search for monkeys, tigers, lions, and leopards. You may even spot a croc! More information is available on the Sanjay Gandhi National Park map. 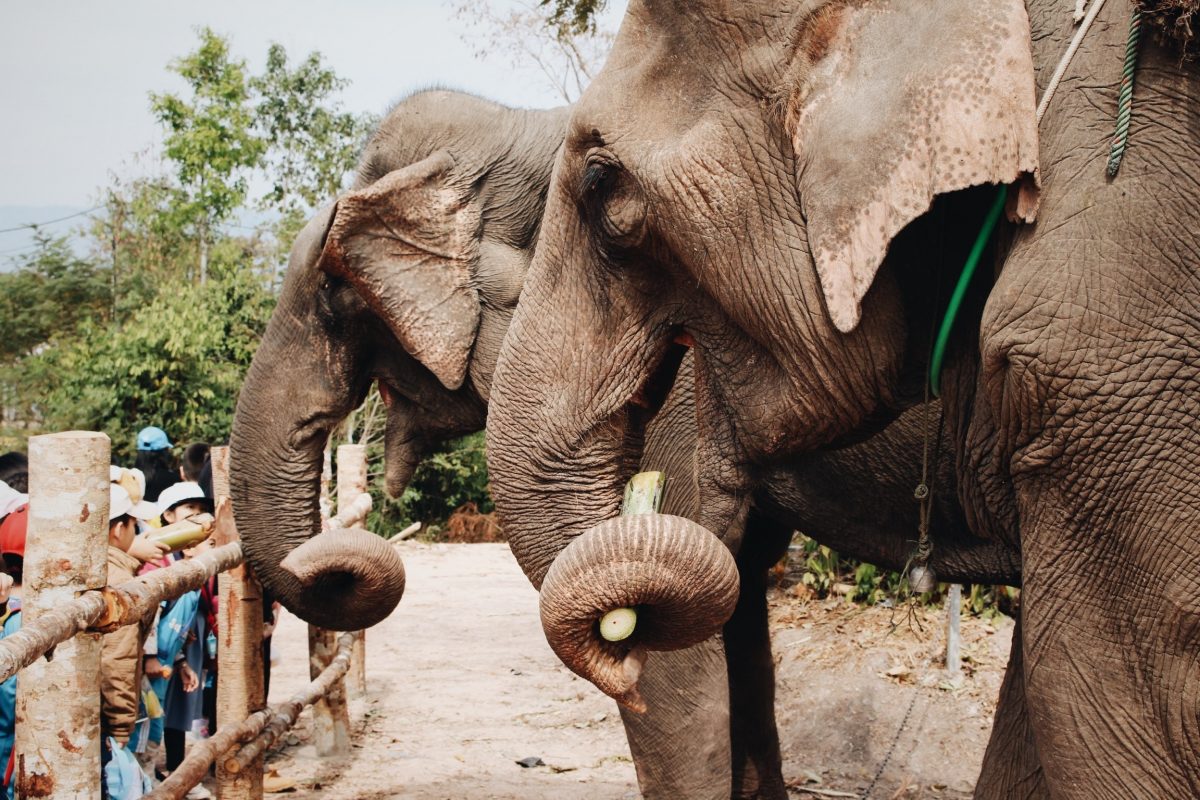 Hang Out on Juhu Beach

Visiting Juhu Beach is ideal if you’re looking to escape the Chowpatty Beach pollution. Also the city’s longest beach, the surrounding streets are home to the most pricy houses that are owned by Bollywood stars, making it a good spot for celebrity-spotting.

Locals gather here to get a breath of fresh air while jogging, cycling and doing yoga. The cafes here are some of the best places to enjoy some of the tastiest Indian street food that Mumbai has to offer. 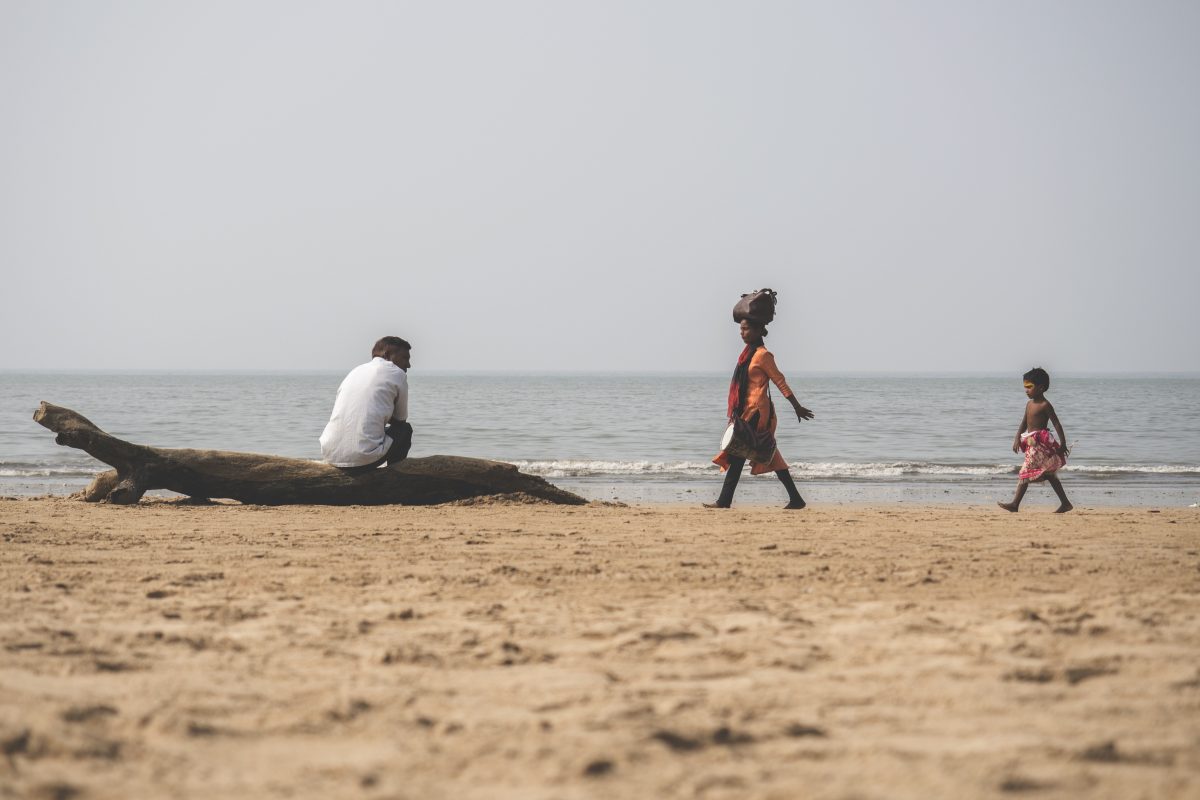 © Photo by Patrick Beznoska on Unsplash

Also, the 1833 Town Hall with its Doric columns is one of the most impressive monuments in Mumbai, India. Inside you’ll find the Asiatic Society of Mumbai with a collection of over 15,000 books. 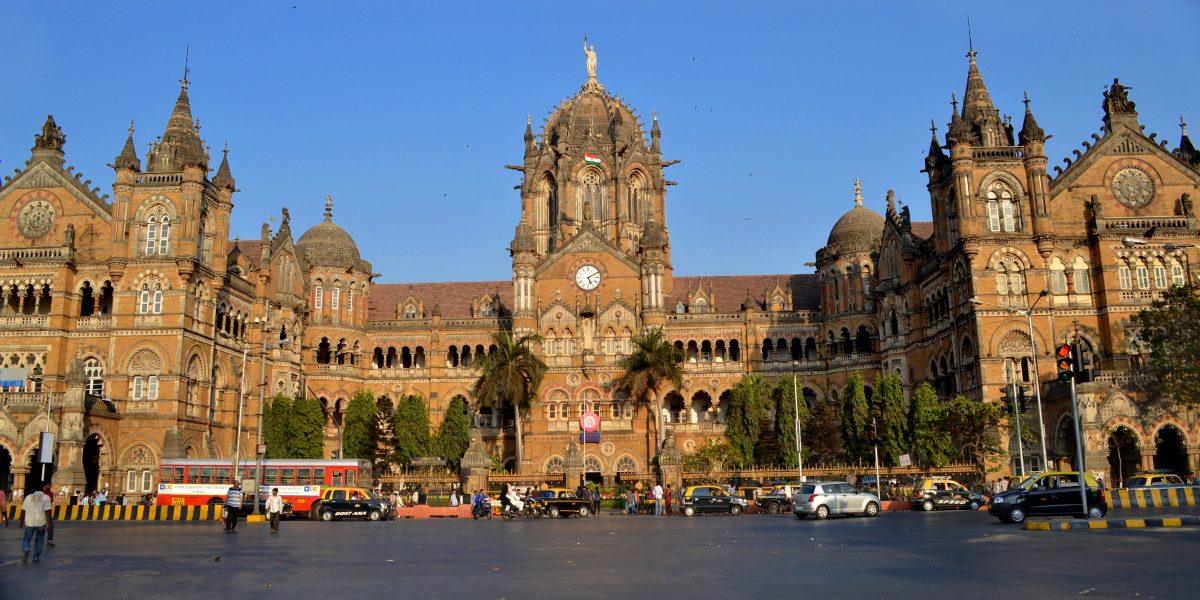 © Photo by Anoop Ravi on Unsplash

What other activities and attractions do you think are the best things to do in Mumbai, India?