German castles are famous for their imposing presence. Some these castles sit on hilltops overlooking the surrounding area while others are hidden away in the woods.

In the German language, there are two words for castle: Schloss and Burg. Schloss refers to residential palaces while Burgs refers to fortified castles. However, the difference is not always clear as some castles were not built for defensive purposes because they were intended as royal residences.

Regardless of their names and use, Germany offers a wide range of castles to visit. Here is a list of the ones you should not miss during your next trip to Germany. 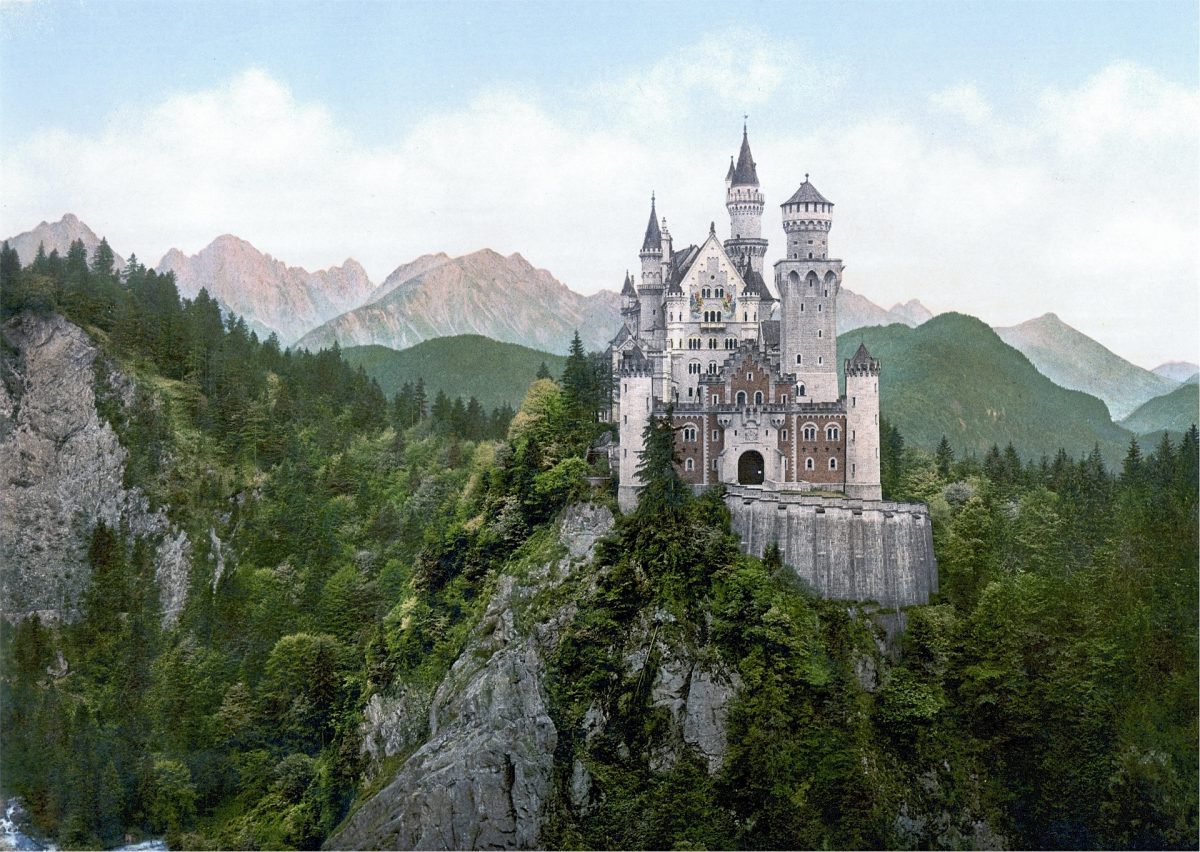 Neuschwanstein Castle is a 19th-century neo-Romanesque palace built on a rugged hill above the village of Hohenschwangau in Bavaria. The castle was the home of Ludwig II, King of Bavaria until his death in 1886. As a fervent admirer of Richard Wagner’s operas, the king had the castle designed to represent their grandeur as well as the Romanticism movement.

Visitors to the castle can walk around and enter several rooms. They can even visit the apartments and staterooms of the king, including the throne hall, the dining room, and the historic kitchen.

If you plan to visit in the future, we recommend that you book your visit online in advance. The reason is that the castle draws in a high number of visitors each year. Regular tickets price for adults is €13 while admission is free for those under 18. For additional information, you can visit the castle’s official website. 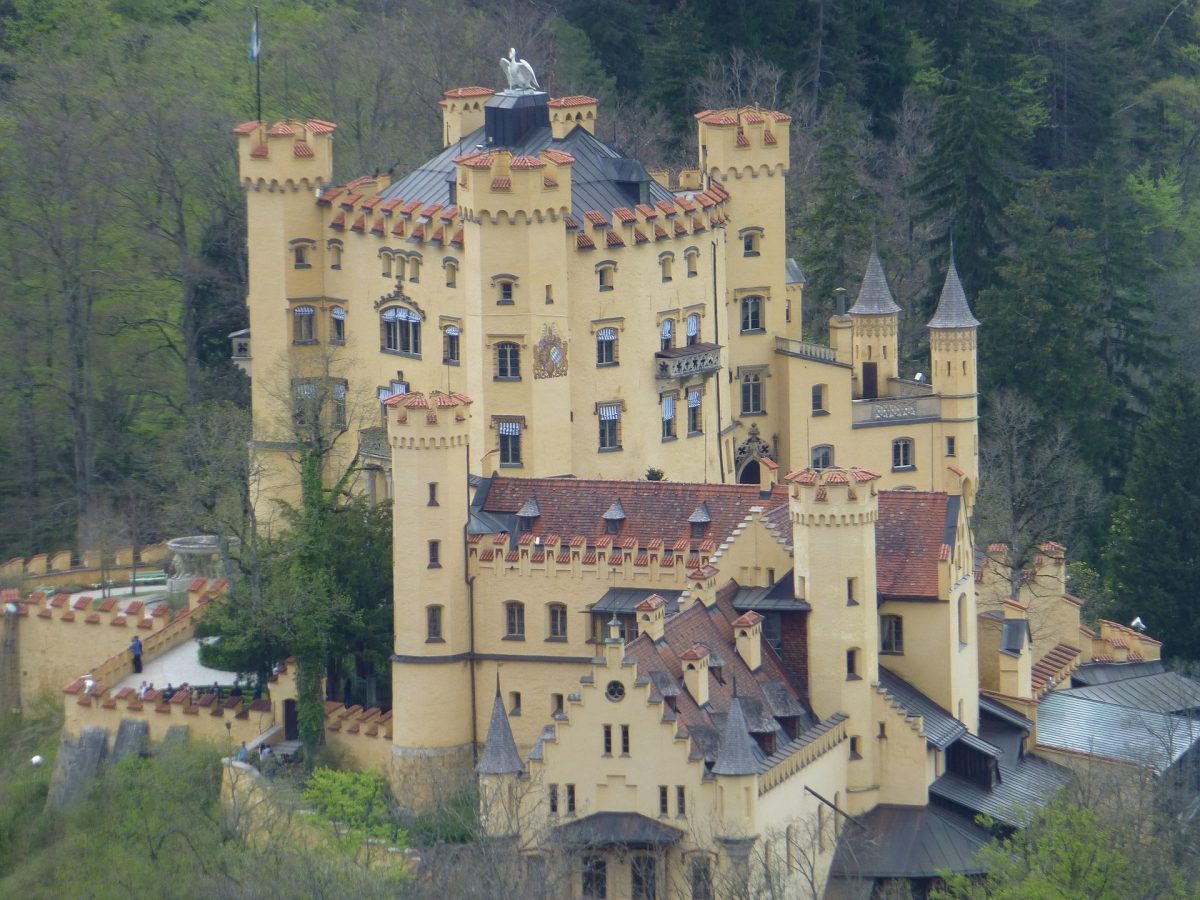 Photo by Skeeze from Pixabay

The childhood residence of King Ludwig II of Bavaria, Hohenschwangau Castle is a 19th-century palace located in the town of the same name in southern Germany.

In the 12th century, a different fortress existed in the same location. In 1832, King Maximilian II, father of King Ludwig II, acquired the ruins and had the castle rebuilt according to the original plans. The highlights of the castle’s interior are the Hall of Heroes and the King and Queen’s private rooms. Visitors can enter these rooms and marvel at the beautiful murals and old furniture.

Admission price for adults is €13 and admission is free for those under 18. Additionally, you can also buy a combined ticket to visit both Neuschwanstein and Hohenschwangau castles, as they are very close to each other. Combined tickets are €25 for adults. For additional information, you can visit the castle’s official website. 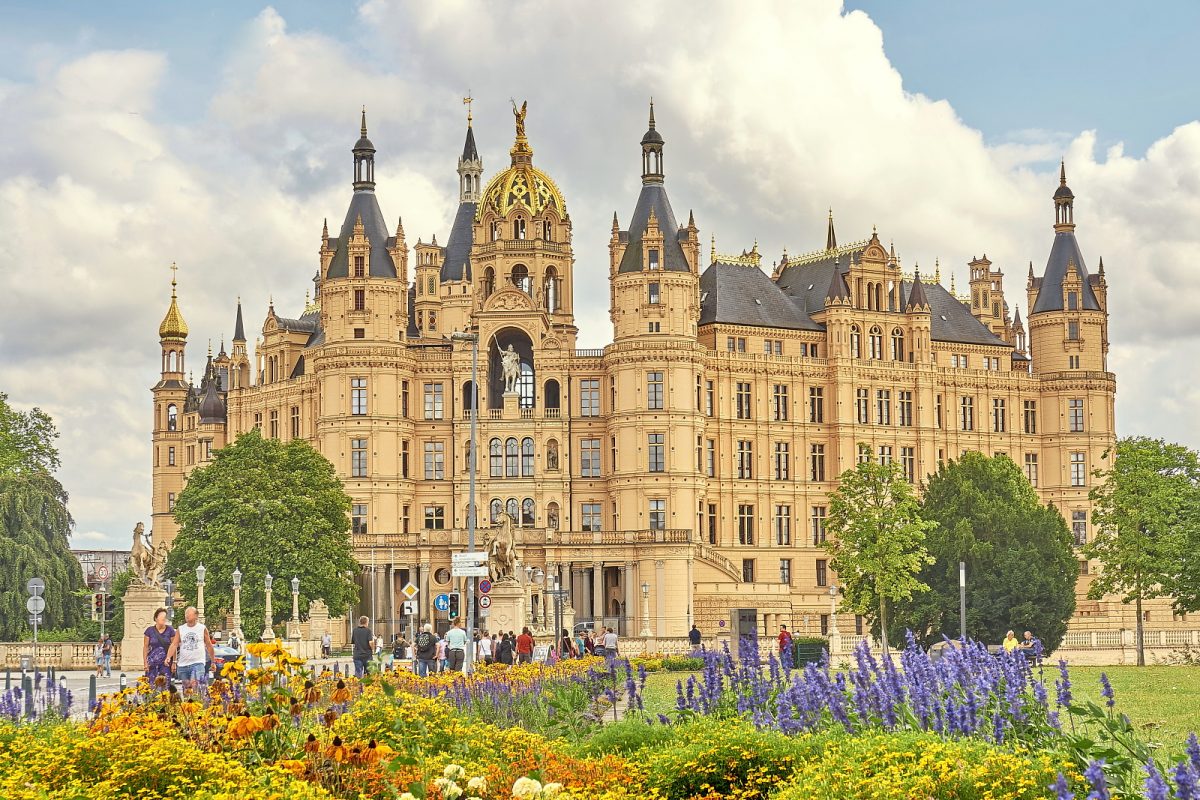 Located in the town of Schwerin, the capital of Mecklenburg-Vorpommern state, is Schwerin Palace, one of the most spectacular castles in Germany. Not only is the building outstanding but so are its surroundings. Schwerin castle looks like something out of a fairy tale thanks to a wonderful landscape that’s composed of lakes and forests. Many consider the palace as one of the most important works of Romantic Historicism in Europe.

Until about 100 years ago, it was the residence of the Grand duke of Mecklenburg-Schwerin. Today, it serves as the
Mecklenburg-Vorpommern state parliament.

Visitors can walk through living rooms, reception rooms, drawing rooms, and parlours of the grand ducal family. Additionally, there is also a museum within the castle. The weapons and porcelain collection are the main attractions of the museum. Furthermore, the castle’s gardens and surrounding parks are also magnificent, and shouldn’t be missed.

General tickets cost €8.50 for adults and €6.50 for students and children. For additional information, you can visit the castle’s official website. 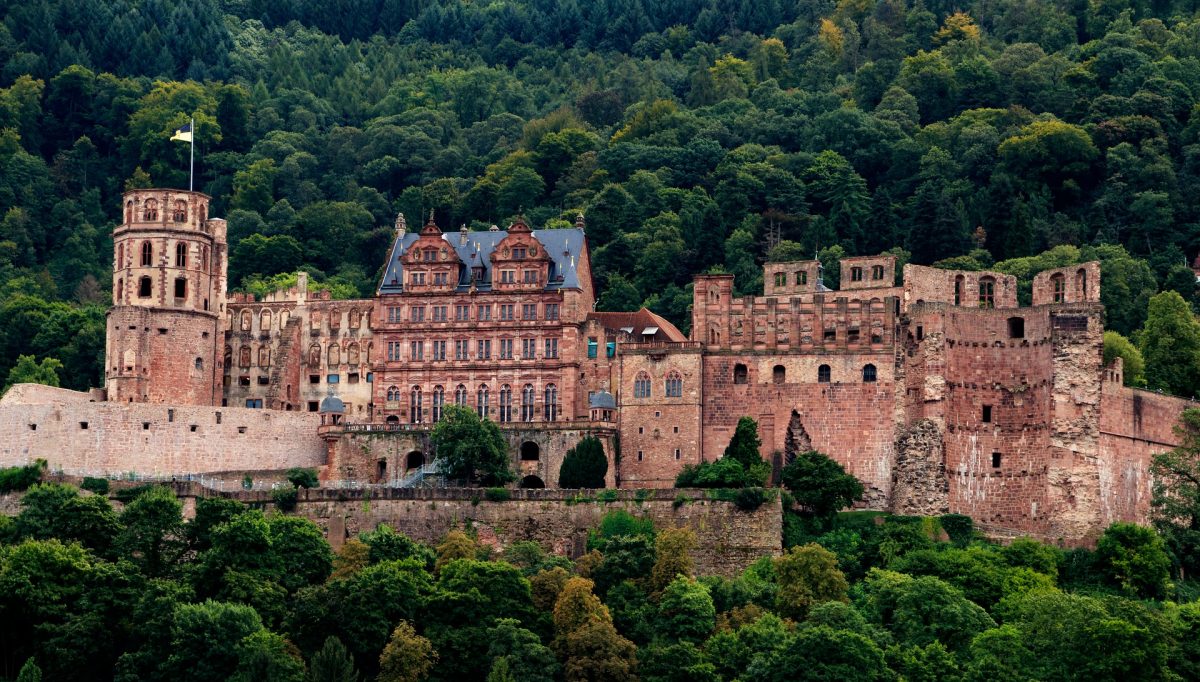 One of the most visited castles in Germany, the ruins of Heidelberg Castle is also one of the most important Renaissance structures. It sits on a steep slope of a hill surrounded by green forests. In the 13th century, the counts of Palatinate erected their first Heidelberg residence there.

The castle was severely damaged during both the Thirty Years’ War and the Nine Years’ War. In the 19th century, efforts were made to restore the castle although many areas including the gardens were left unfinished.

Today the remains epitomize the spirit of the Romantic movement. Visitors can enter the Imperial Hall, one of the castle’s most beautiful rooms and marvel at the statues in the courtyard. For additional information, you can visit the castle’s official website. 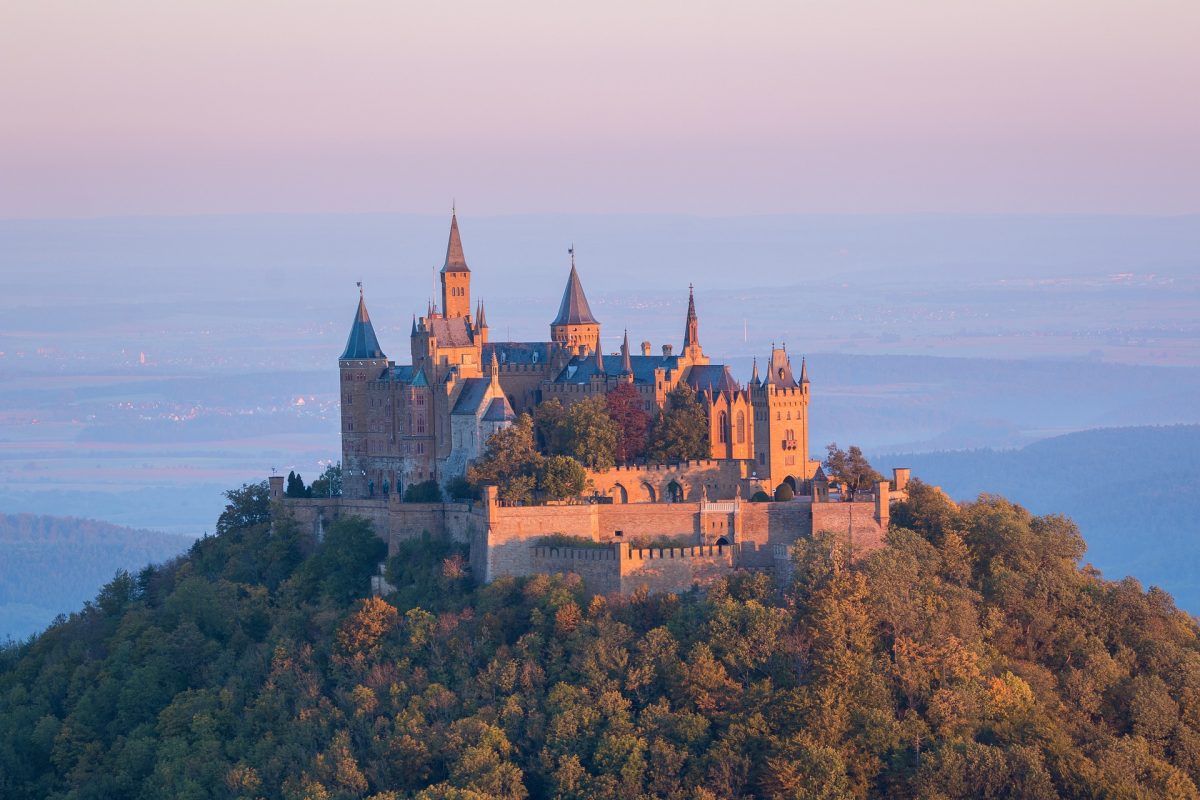 Photo by Jonathan Sautter on Pixabay

Located atop Mount Hohenzollern overlooking the town of Hechingen lies the Hohenzollern Castle. The current building is actually the third castle to be built on that hilltop. In 1423, the Swabian League of Cities destroyed the original castle during a year-long siege. In 1461, the construction of a second castle was finished but it got destroyed in 1634 during the Thirty Years’ War.

The completion of the current building dates back to 1867. King Frederick William IV of Prussia conceived it as a family memorial.

While it is possible to just visit the castle exterior and admire its wonderful architecture, we encourage you to visit the interior as it is full of treasures. Tickets are €12 for adults and €6 for children ages 6 to 17. For additional information, you can visit the castle’s official website. 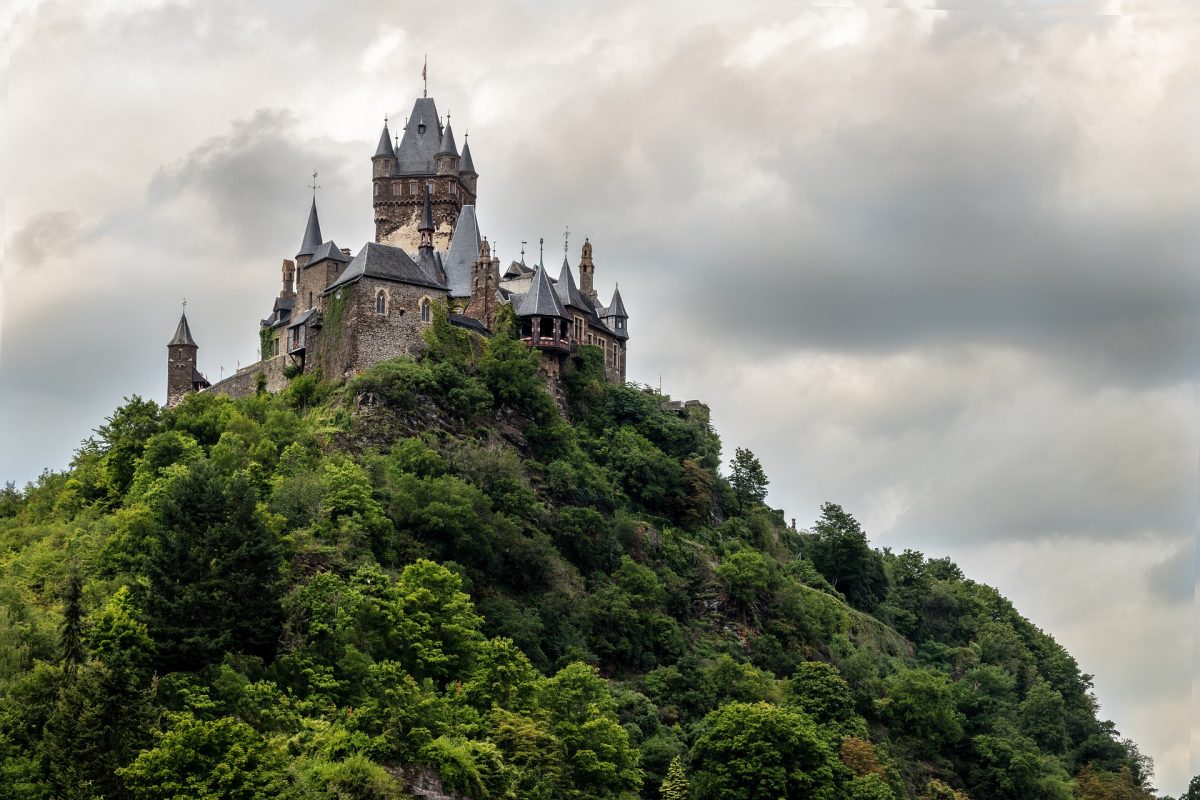 Photo by Herbert Aust on Pixabay

Sometimes the view from a castle is as amazing as the castle itself and Cochem Castle is the perfect example. The views of the Moselle River from the castle are as breathtaking as are the views of the fortification from the river.

The castles sit on top of a 300 ft hill overlooking the Moselle River. During the war of succession, the castle was caught in the middle of a battle where it got severely damaged. In the 19th century, the castle got restored with a neo-gothic style that’s associated with German castle romanticism.

Besides admiring its architecture with its delicate bays and imposing battlements, visitors can also enjoy a medieval evening meal on Fridays and Saturdays. The “Knights Feast” entails a guided tour of the castle followed by a rustic feast held at the cellar halls.

Tickets are €5 for adults and €3 for children ages 6 to 17. For additional information, you can visit the castle’s official website. 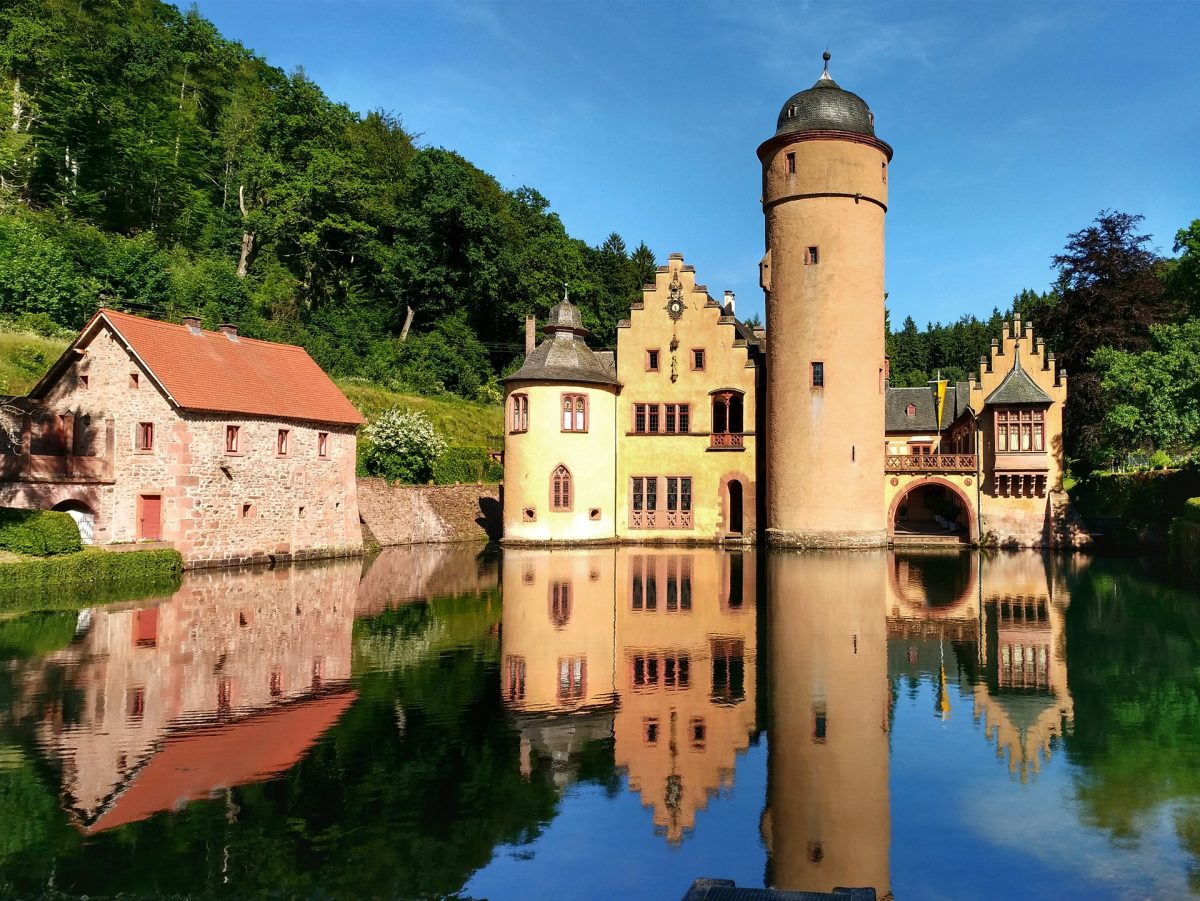 Photo by Volker Glätsch from Pixabay

Located in the town of the same name between Frankfurt and Würzburg, is the Mespelbrunn Castle, a Late-Medieval and Early-Renaissance moated castle. Its hidden location in a quiet valley has kept this castle out of battles thus it has never suffered any war damage. First constructed in 1412, the current Renaissance building is a result of a reconstruction effort done in the mid-16th century.

Today, the family of the Counts of Ingelheim owns the castle and lives in the southern wing after moving out of the main rooms. Although it is a small castle, its stunning location makes Mespelbrunn a perfect day-trip destination and is open to the public. Tickets are €5 for adults and €2.50 for children. For additional information, you can visit the castle’s official website. 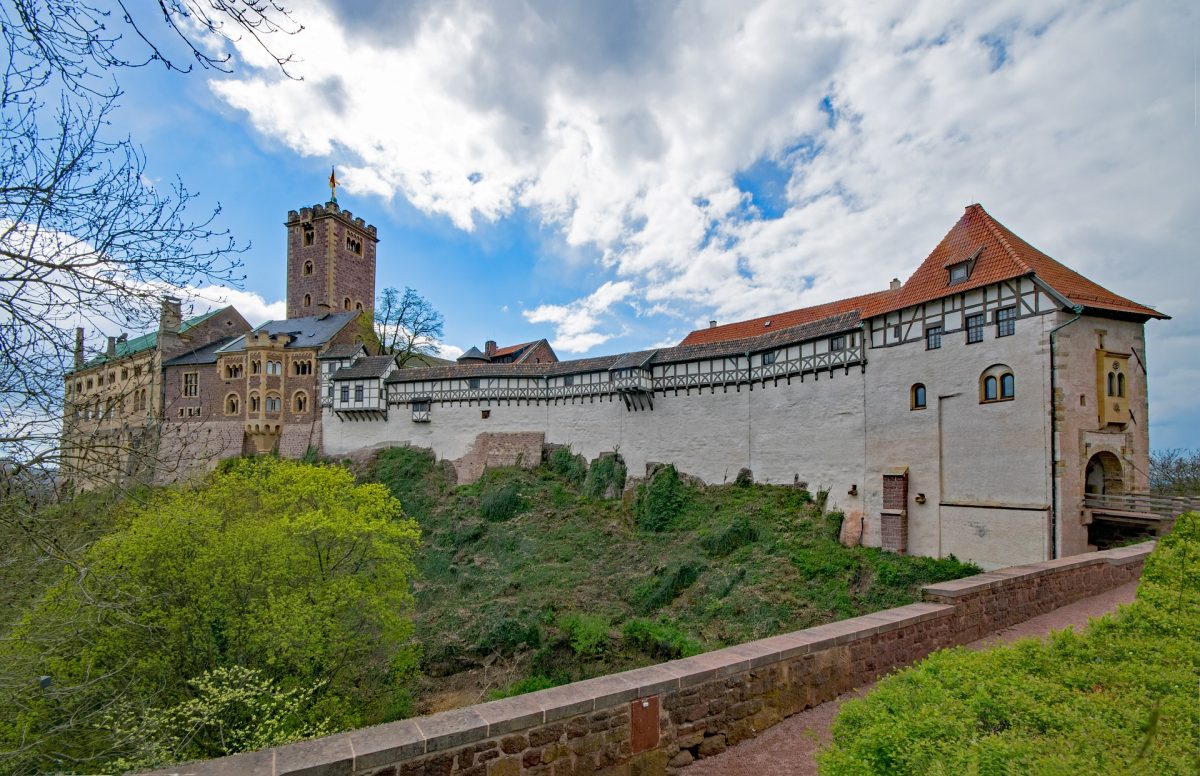 Photo by Lapping on Pixabay

Originally built in the Middle Ages, Wartburg Castle sits on a precipice of 410 m (1,350 ft) overlooking the town of Eisenach. It’s the first castle in Germany to be designated as a UNESCO World Heritage site. The castle’s origins date back to 1067 although the surviving main building, a gem of late Romanesque architecture, is from the 12th century.

This was the setting of the fabled Battle of the Bards, a tale immortalised in Richard Wagner’s opera Tannhäuser. Wartburg Castle was also the home of Saint Elisabeth where she lived throughout most of her childhood. Martin Luther took refuge in this castle while on exile. It’s here where he translated the New Testament into German.

Visitors to the castle can view its impressive art collection that gathers many treasures spanning eight centuries. Admission tickets are €10 for adults and €5 for children ages 6 to 17. For additional information, you can visit the castle’s official website. 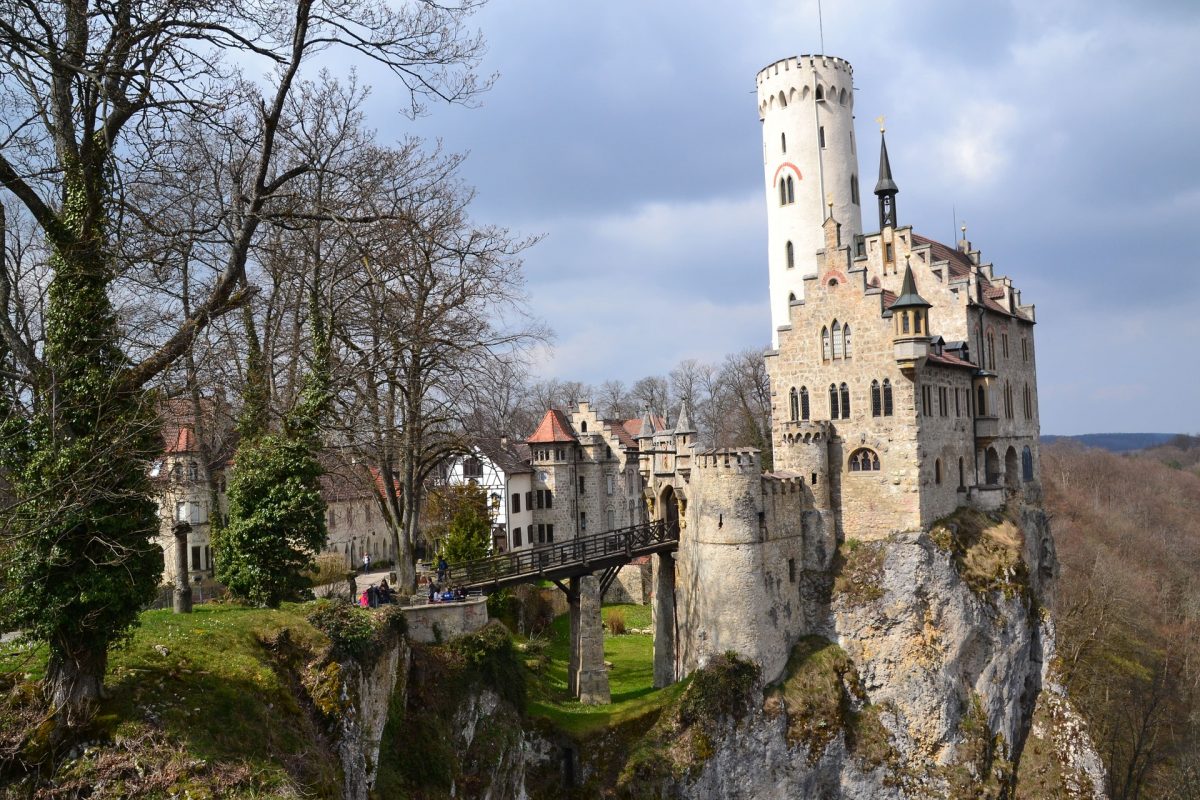 Photo by DJDStuttgart on Pixabay

Often called the “fairy-tale castle of Württemberg”, Lichtenstein Castle is a neo-Gothic style building located in the Swabian Jura of southern Germany. From its high location, the towering castle overlooks the Echaz River and its valley. In 1869, it became the official residence of the Dukes of Urach, who still own the castle today.

The chapel, the bedchambers, the garden and the courtyard are examples of the opulent grandeur of late romanticism. The castle is open to the public although visitors are not allowed to enter some rooms. Visitors can also walk around the courtyard where they can see the gun emplacements on the walls. Admission tickets are €8 for adults and €3.50 for children. For additional information, you can visit the castle’s official website. 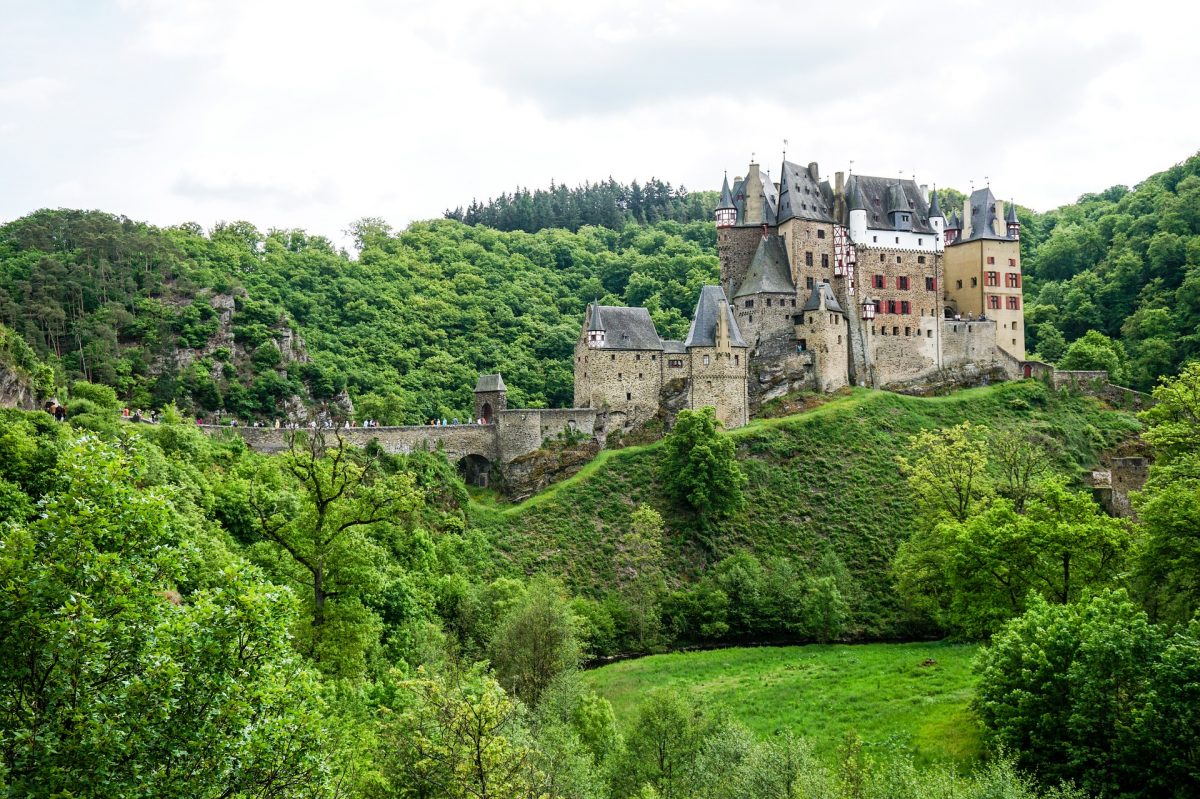 Photo by Kira Hoffmann on Pixabay

Erected in the hills above the Moselle River, between Koblenz and Trier, is the medieval Eltz Castle. The Eltz Forest, a natural reserve of great beauty, surrounds the castle.

A branch of the Eltz family, who lived in the castle in the 12th century, still has ownership of the building. Two-thirds of the castle is open to the public, while the other third is occupied by the Kempenich branch of the family.

One of the main attractions of this castle is the eight towers that reach heights between 30 and 40 meters (98 to 131 ft). Many of the original furnishings of the past eight centuries remain in place. Visitors can enter both the Treasury and Armoury where they can see world-class artworks made of gold and silver.

Tickets are €10 for adults and €6.50 for minors and students. For additional information, you can visit the castle’s official website.

In addition to our selection, there are several thousand more castles scattered across Germany. Wherever you are in the country, look out for the nearest castle while you’re there. Hopefully, this list will encourage you to visit some of them while travelling through Germany. They are truly magnificent buildings full of history and beauty.